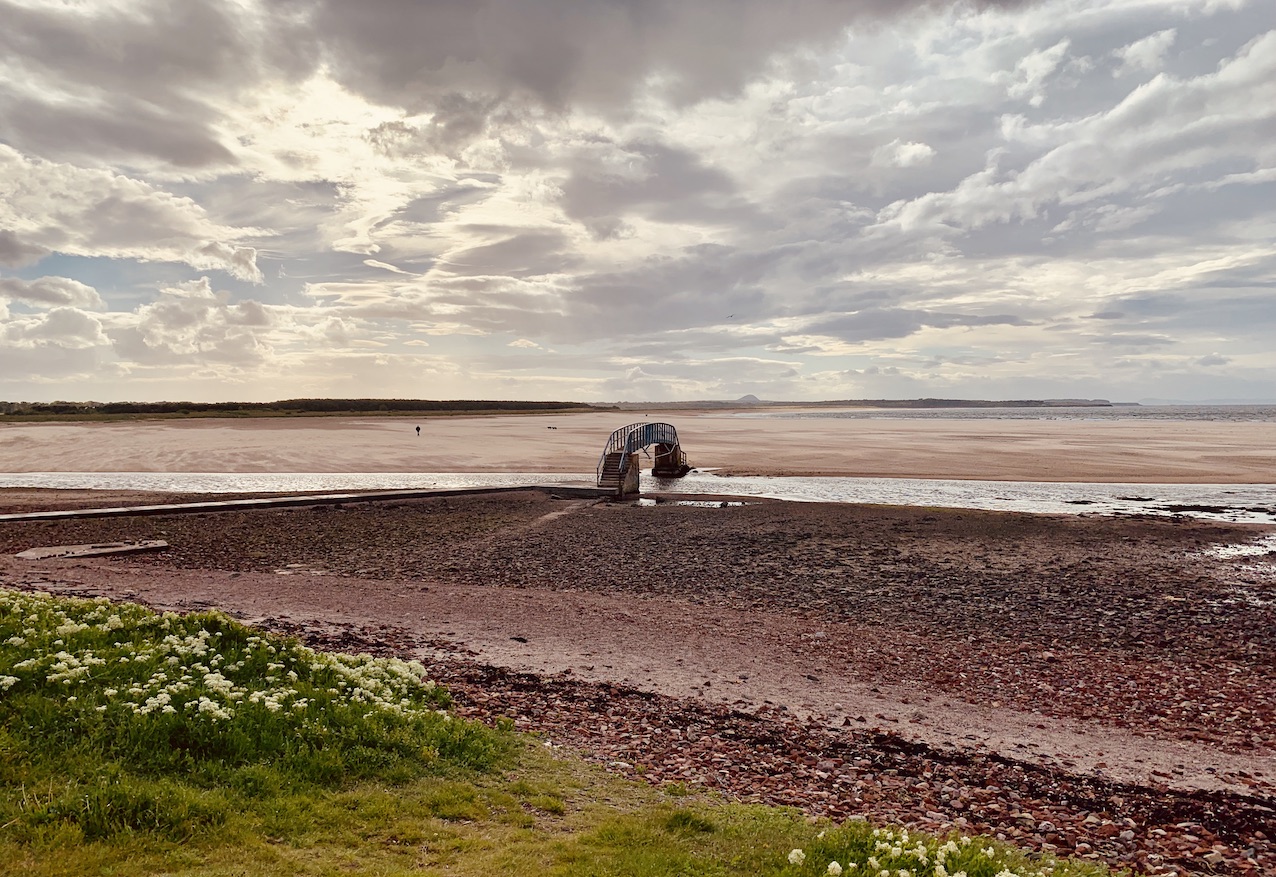 May 2019. My visit to Belhaven Beach was an especially spontaneous one! It was a moody early evening and Spackles and I had been snugly installed inside his farmhouse in the nearby village of Stenton. One minute we were drinking tea and wolfing down Mother Spackles’ excellent homemade gingerbread. The next we were rattling down East Lothian’s country lanes in the Spackmobile; keen to stretch our legs in what was left of the afternoon light. Subsequently, we pulled up at Belhaven Beach and I had to catch my breath for a second. In all my time in East Lothian over the years, why had I never come here before? 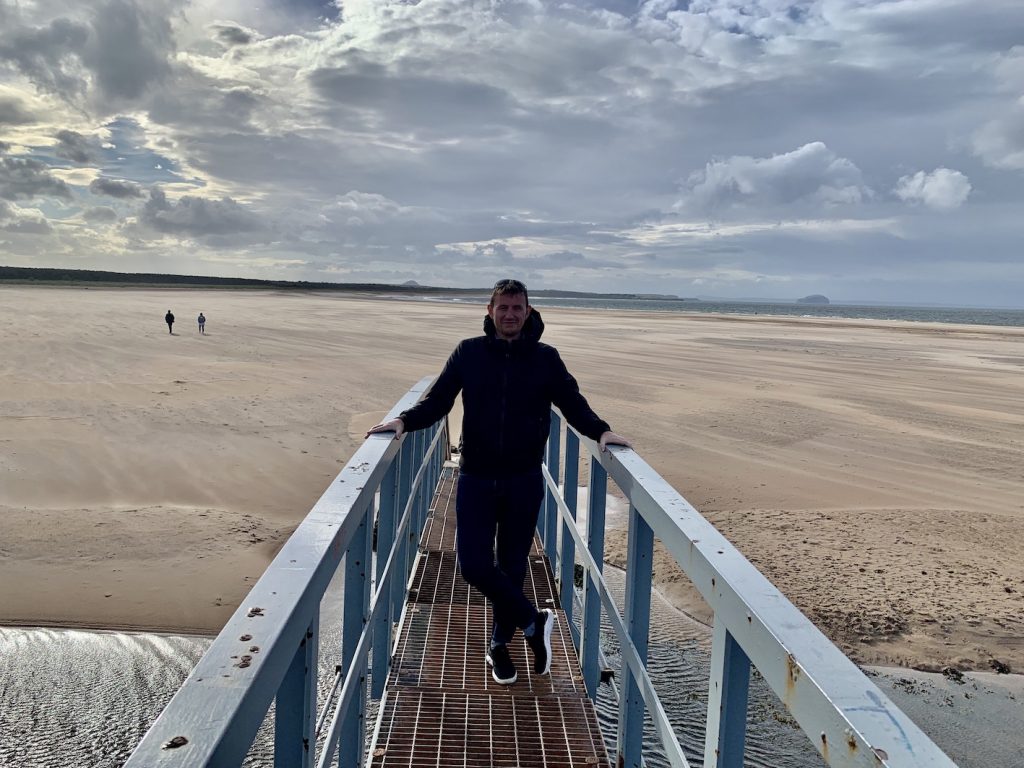 We accessed the beach that evening by crossing the mystically named Bridge to Nowhere. This simple, metal footbridge, with its steps set on concrete pillars, grants visitors safe passage over a narrow stream known as Biel Water. Hence the bridge does actually lead somewhere! Its nickname derives from the fact that the steps get swallowed up at high tide. As a result, it’s virtually impossible to cross. 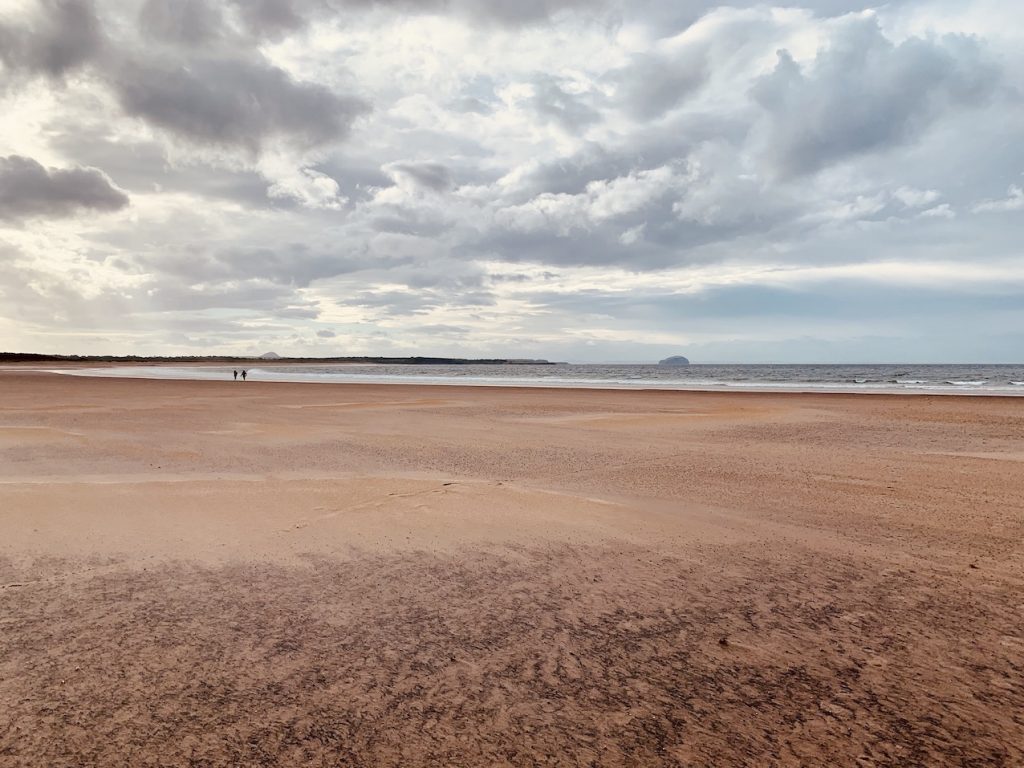 Happily for us there were no such difficulties getting onto Belhaven’s golden sands. There really is nothing quite like a beautiful, near-deserted beach. And this one is particularly lovely, as part of the protected John Muir Country Park.

The wind was pretty damn biblical that day on Belhaven Beach. This certainly made for some incredible shifting sands, that only a video could do any kind of justice to. There were perhaps a handful of people, including two guys trying to kick a ball around in an impossible match against Mother Nature. 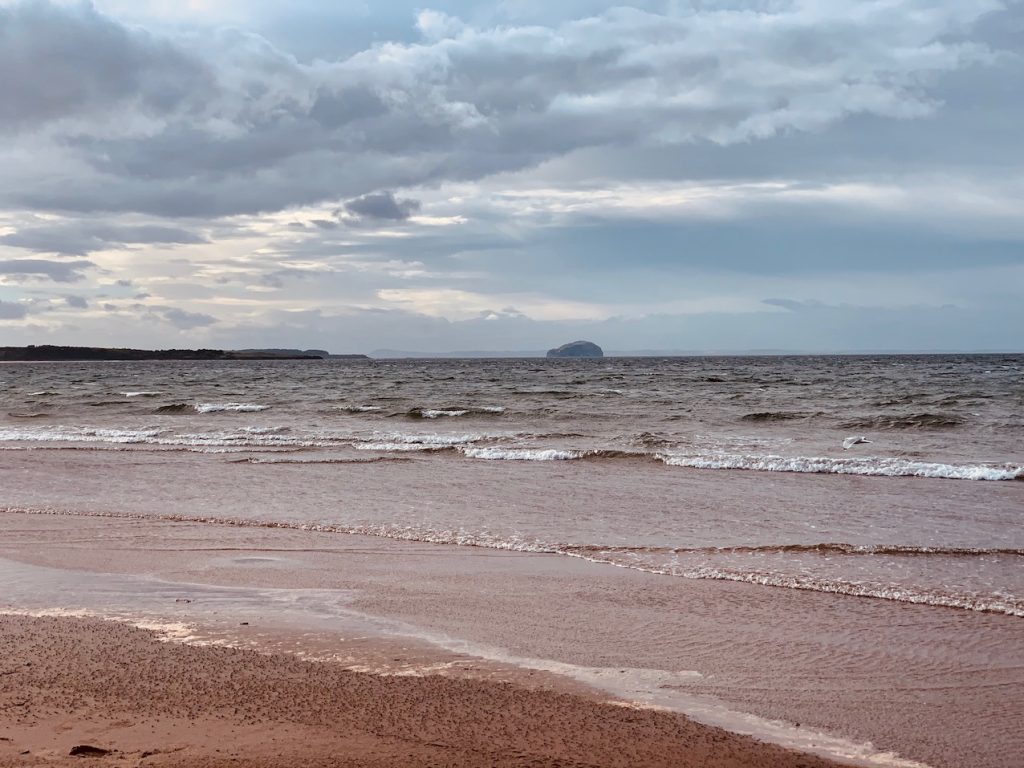 Any visit here should involve some wistful gazing out to Bass Rock in the distance. This amazing chunk of volcanic rock is home to over 150.000 gannets. Also, there’s a ruined chapel, the remains of a prison and a defunct lighthouse. Robert Louis Stevenson featured Bass Rock as a key location in his 1893 novel Catriona. Furthermore, Sir David Attenborough has described it as “one of the 12 wildlife wonders of the world”. One of these years I’ll finally get round to touring the rock, which can be done through The Scottish Seabird Centre. For more on the fascinating history of Bass Rock, take a look at this cool article from theculturetrip.com. 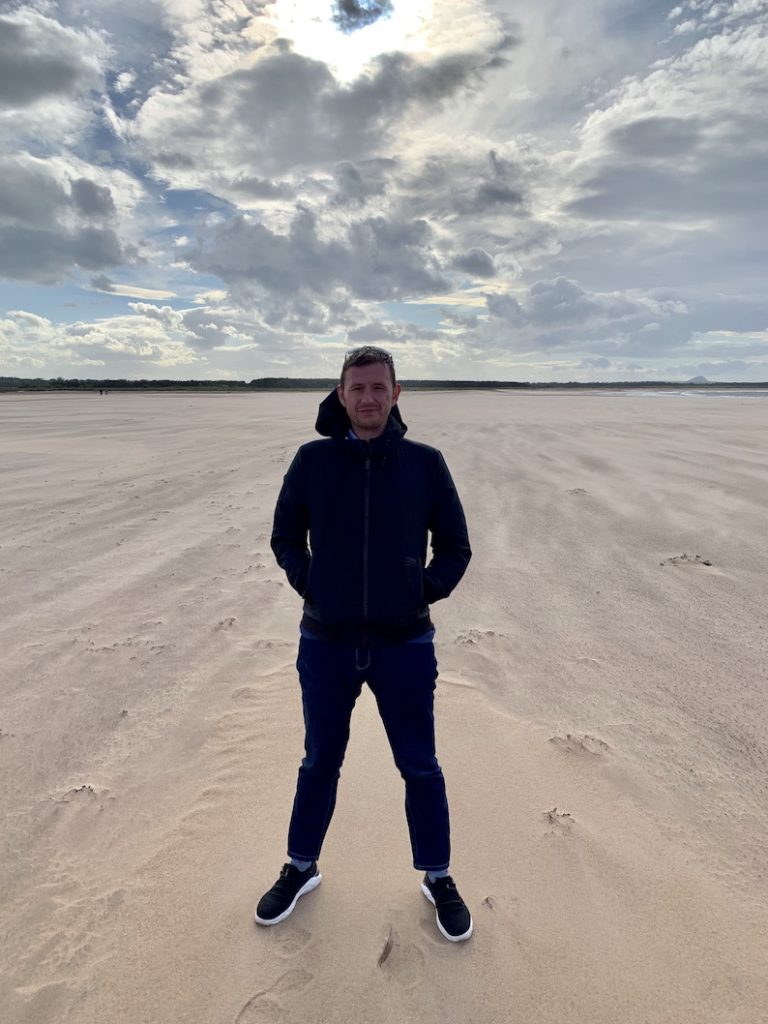 The light was now rapidly fading on Belhaven Beach. Moreover, that aggressive wind was really starting to piss Spackles off. Thus we made tracks back to the car and I crossed off another wonderful sight for the Leighton Travels Scotland archives. 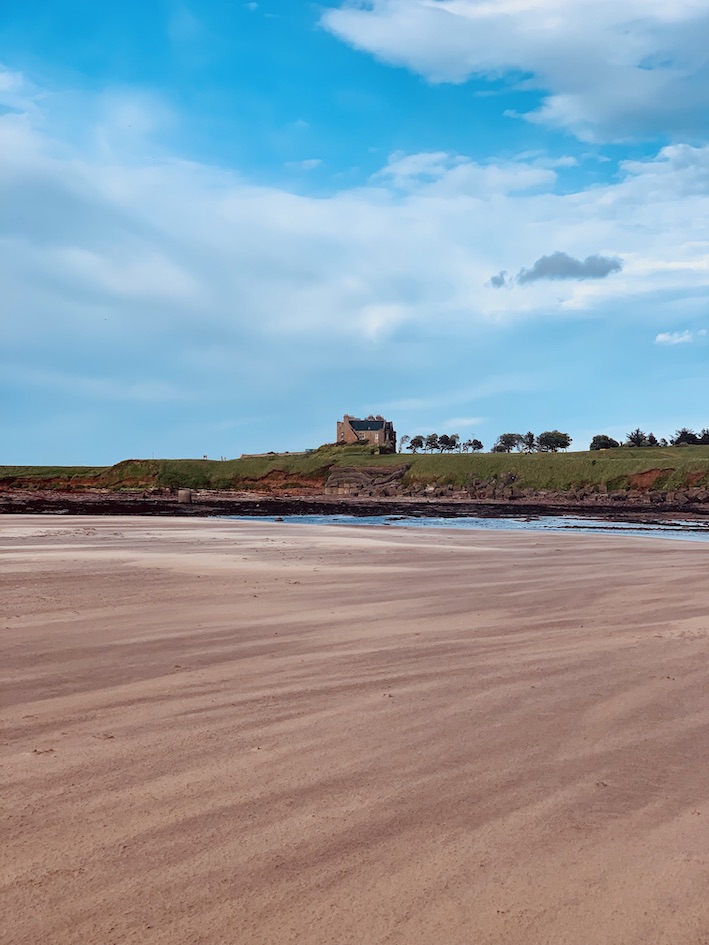