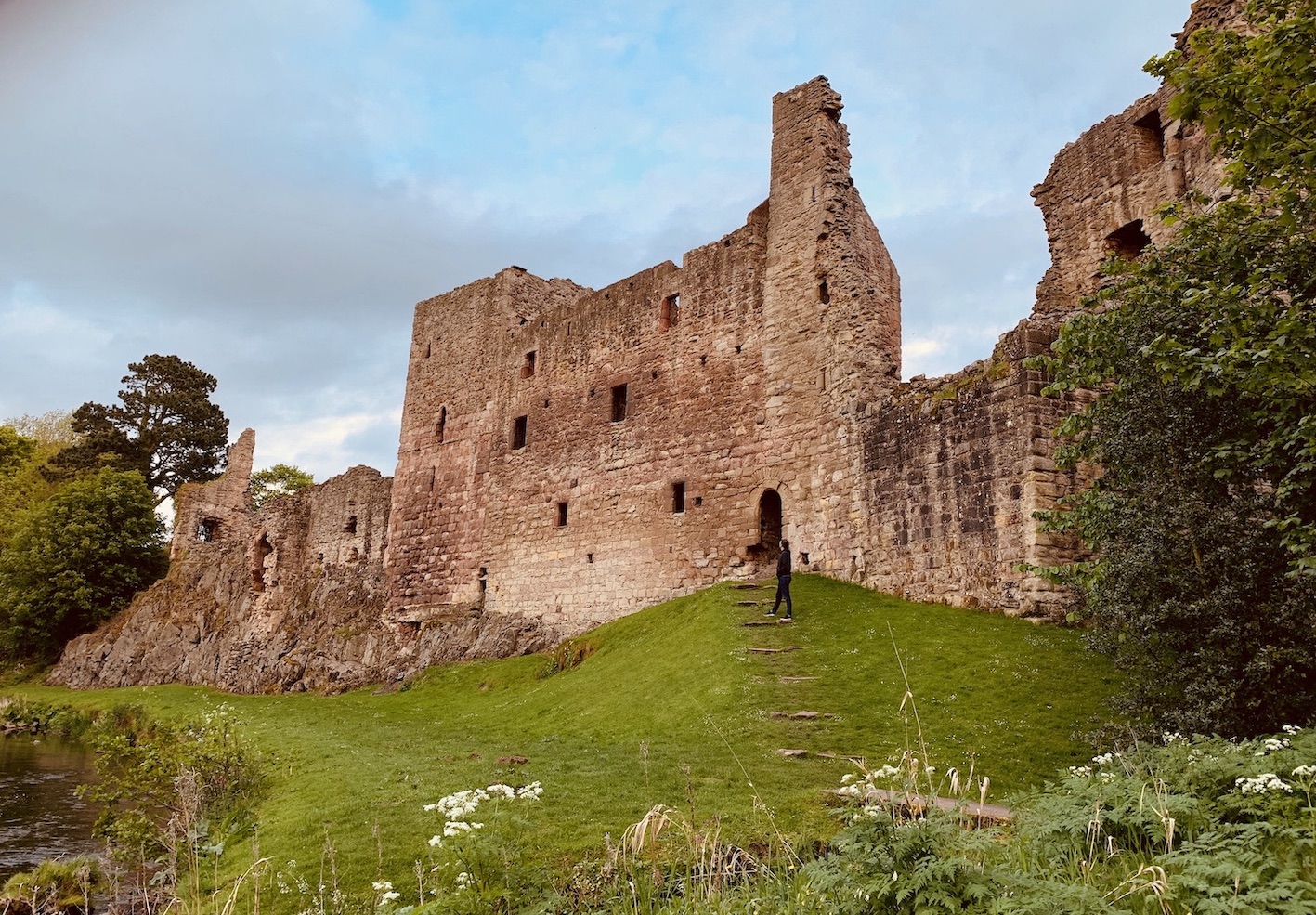 May 2019. It was a beautiful evening in East Lothian as Spackles pulled up in the little lay-by near the entrance gate to Hailes Castle. The time was about a quarter past eight in the evening, though you’d hardly know it. In fact, the sky was a calming blue and the light more than holding its own as we made our way through the little entrance gate. 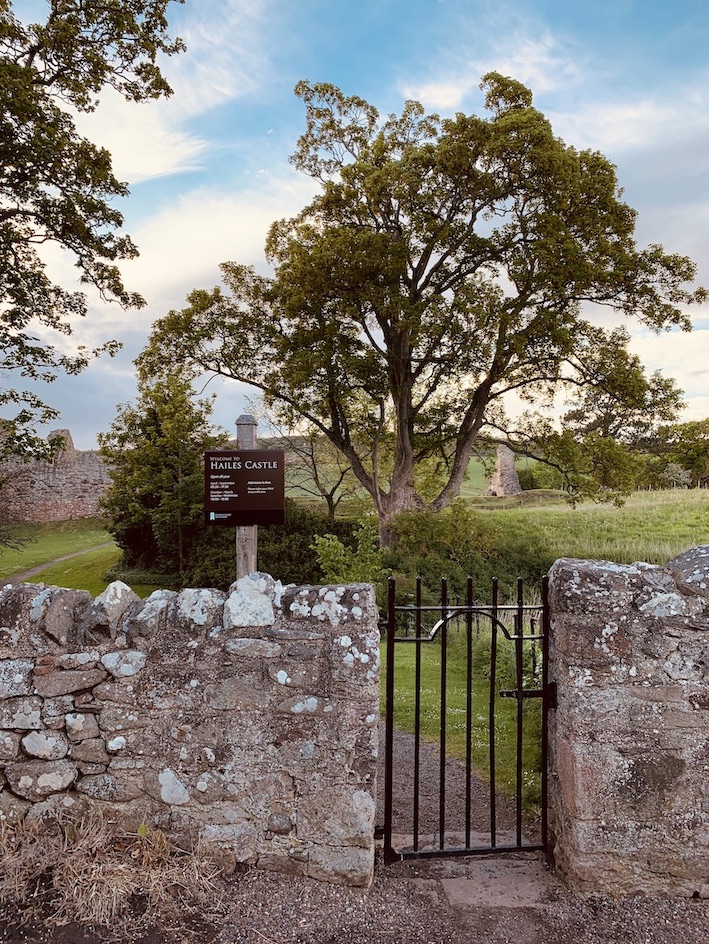 The entrance gate to Hailes Castle.

Hailes Castle is a complex of ruins hidden away in a lovely green valley overlooking the River Tyne. The village of East Linton lies about a mile and a half southwest. It’s certainly not the easiest place to find, though it wasn’t an issue for us with local expert Spackflack McSpackles behind the wheel. 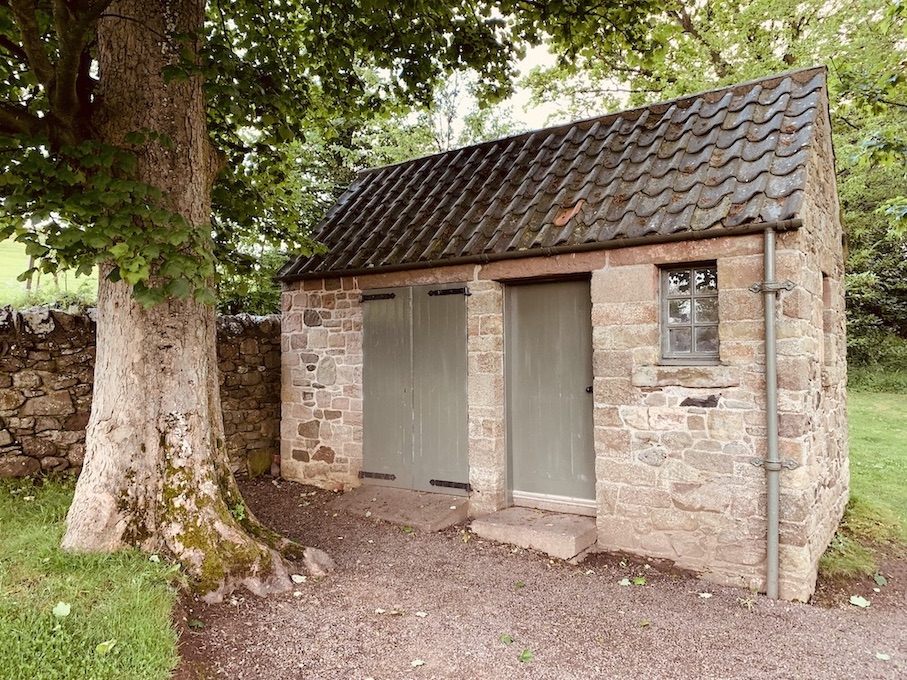 Historic Environment Scotland protects the castle. Moreover, they provide free access to the general public, with a range of opening times that vary with the seasons. It seems like a caretaker once worked out of this little stone building. However, just a glance through the window, with its grime and cobwebs, suggests it hasn’t been operational for a while. 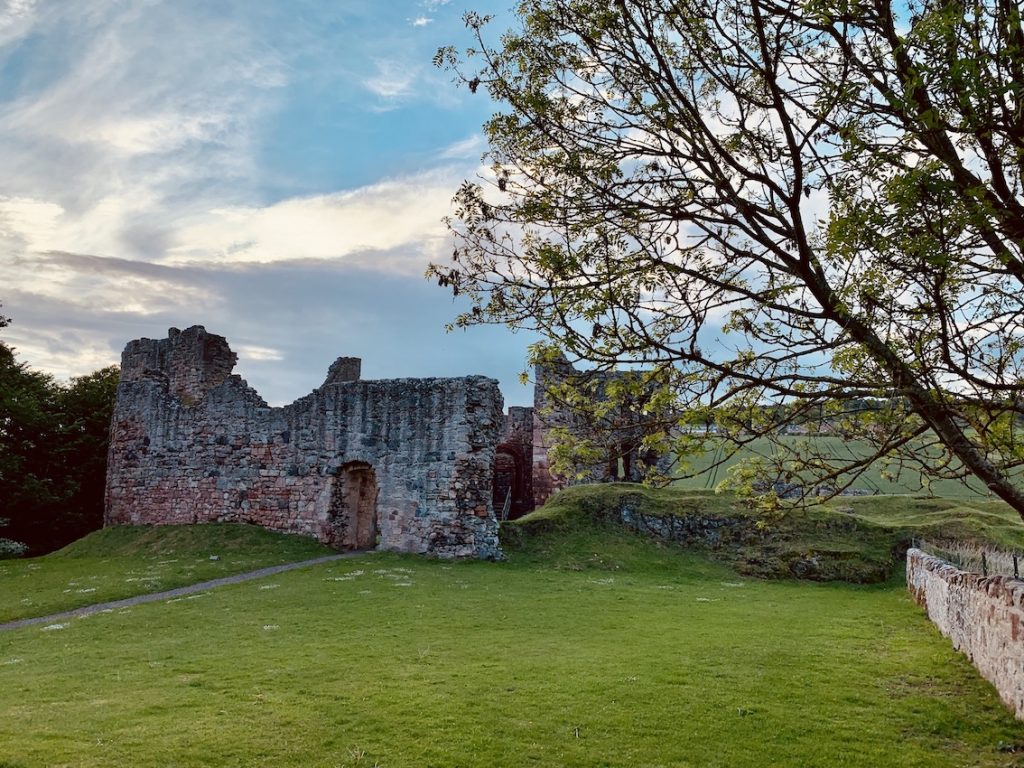 The castle dates back to the 1200s, although the bulk of today’s ruins are from the 1300s and 1400s during which it was greatly expanded. Some serious Scottish history went down here! As is usually the case with castles, Hailes’ story is a long and complicated one. You know, a succession of owners coming and going during turbulent political times. 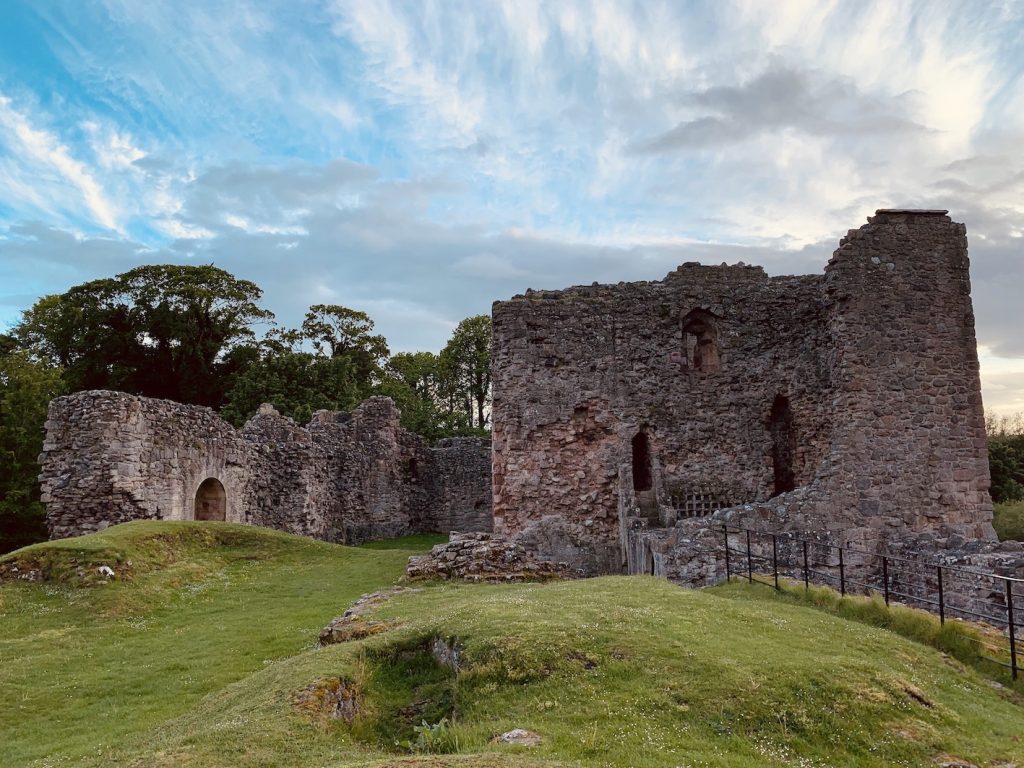 In the early 1300s the English de Gourlay family lived here. However, The Scottish Crown booted them out after they supported England in The Wars of Independence and came up on the losing side. That’ll teach them. 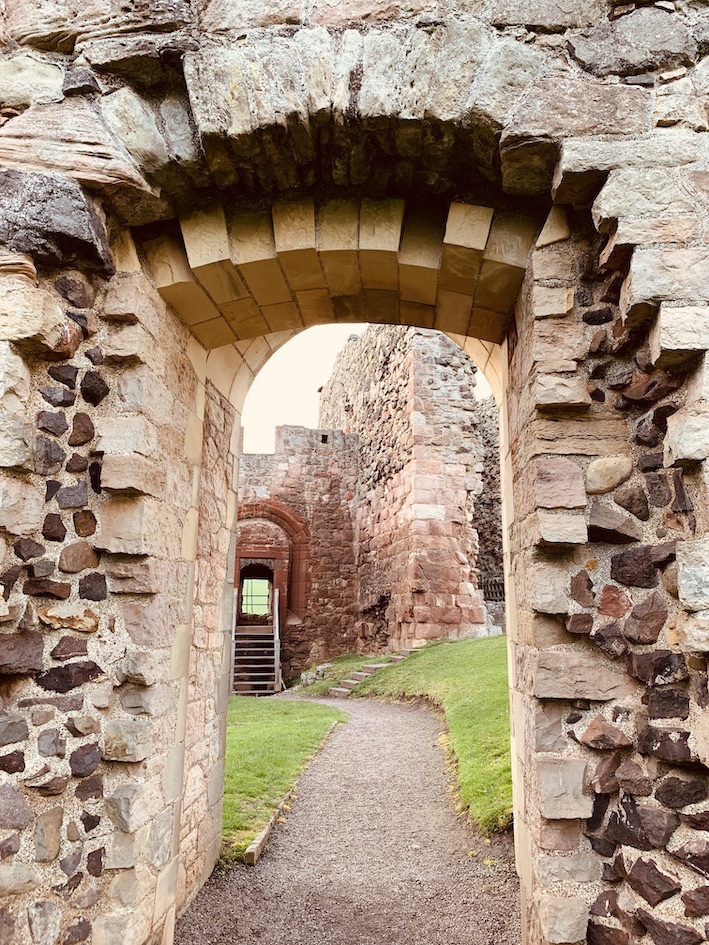 Consequently, the castle found itself in the hands of another Englishman, Sir Adam de Hepburn. He was the guy who enlarged the place, adding a curtain wall and loads of towers. Actually, it’s a good job he beefed the place up. Because there was a persistent dude who kept trying to attack it; the brilliantly named Henry Hotspur Percy. 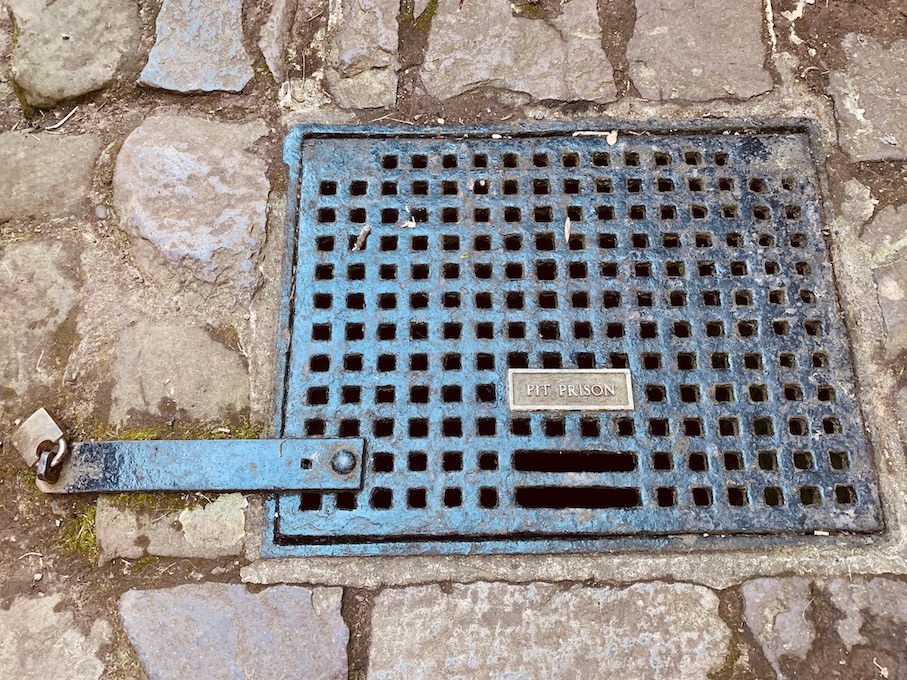 Hailes Castle: Not all the rooms had river views.

Some of Hotspur’s captured men were thrown in the castle’s pit prisons and left to starve! You can still see one of these pits today! This is also where the region’s criminals ended up while awaiting trial. 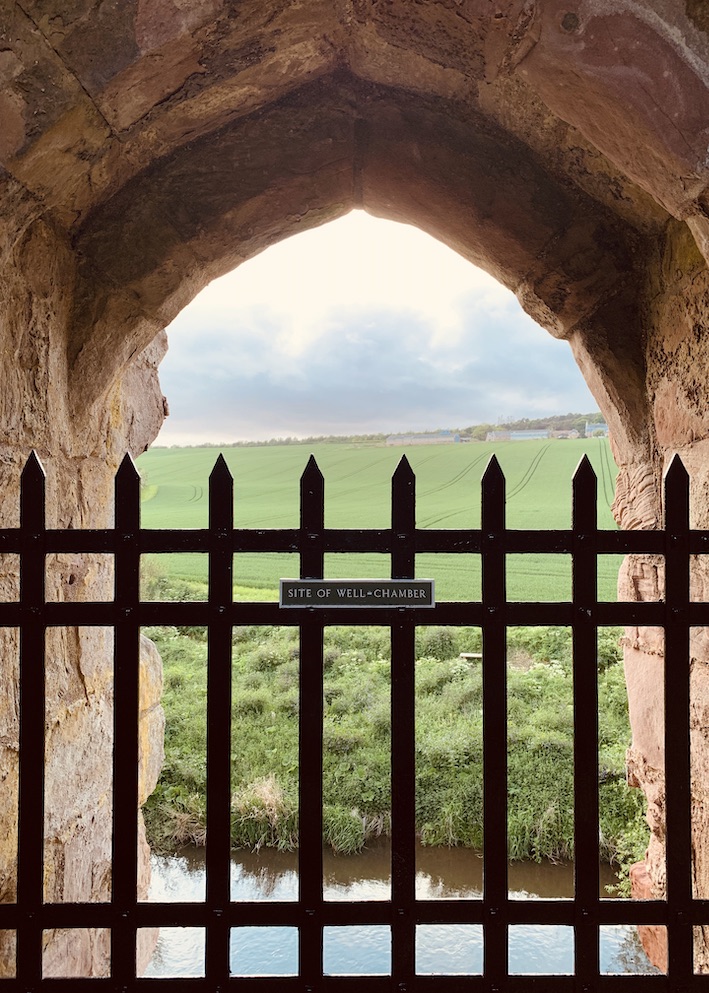 One guy who made a better job of invading Hailes was Archibald Dunbar, who launched an offensive in 1443. Furthermore, he managed to slaughter everyone in the joint at the time of his attack. And yet somehow Hailes remained in the hands of the Hepburns. Next came Patrick, who became the 1st Lord of Hailes. Later on, there was James Hepburn, The 4th Earl of Bothwell. 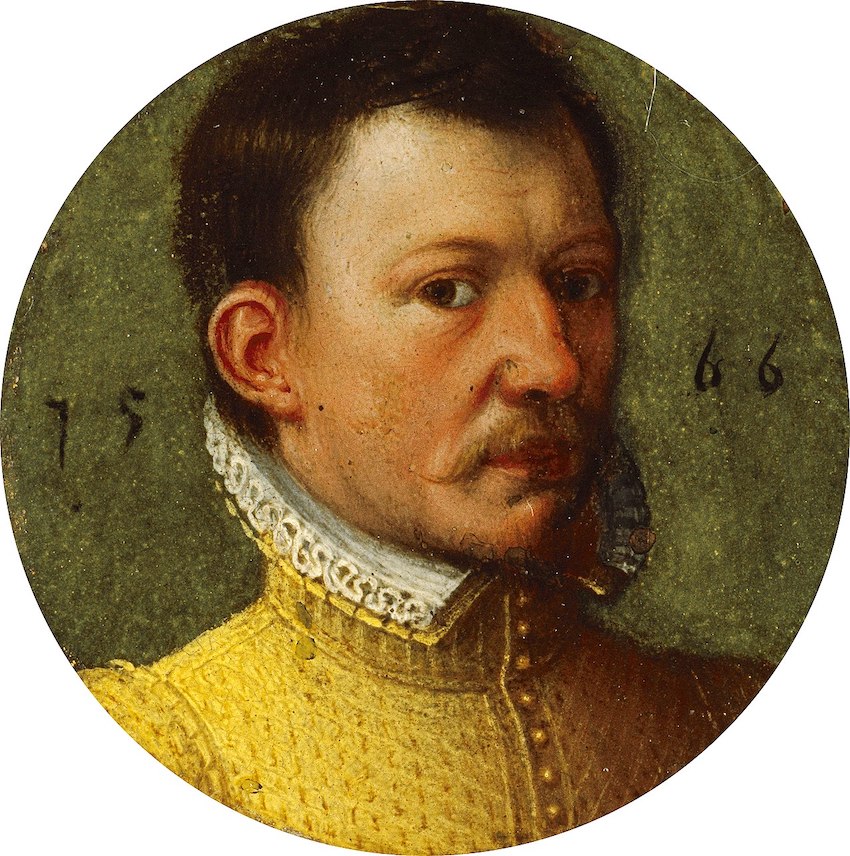 James’ story is a particularly scandalous one. He once hosted Mary Queen of Scots at Hailes. Subsequently, Hepburn played a part in the murder of her second husband, Lord Darnley. Then, in 1567, James may or may not have kidnapped Mary and forced her to marry him.

Some historians claim she willingly wed Hepburn and that murdering her husband was their joint plan. Whatever the case, his actions ultimately led to him being stripped of Hailes Castle. After which came some good old fashioned exile followed by death. Moral of the story? Adultery and murder don’t lead to good things. 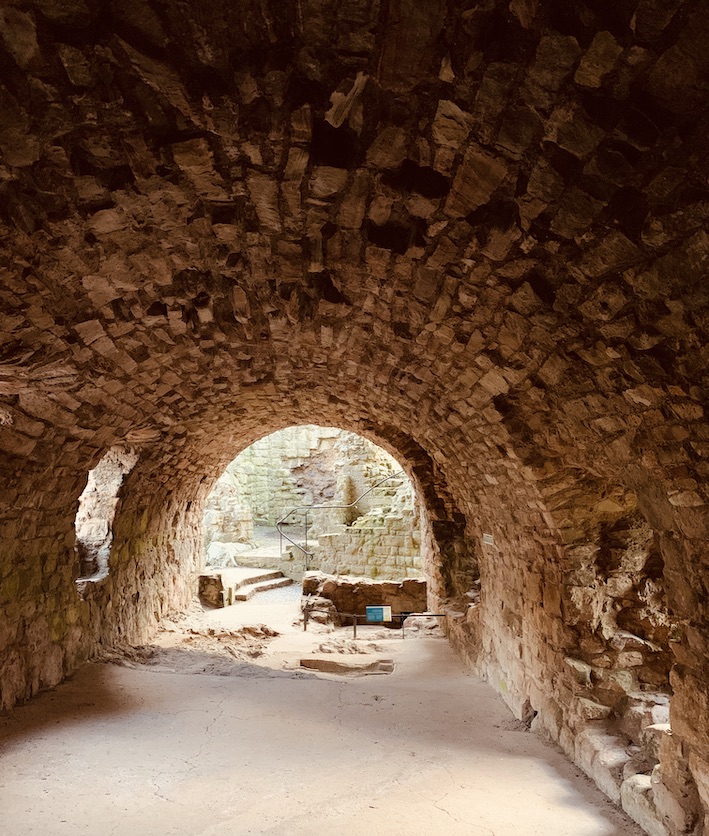 The bakehouse & brewhouse at Hailes Castle.

And these are just a few of the stories surrounding the castle. Hailes was also home to The Stewarts, The Setons and, finally The Dalrymples in the 1700s. There’s also the chapter where Oliver Cromwell  damaged the building after his 1650 campaign at The Battle of Dunbar. 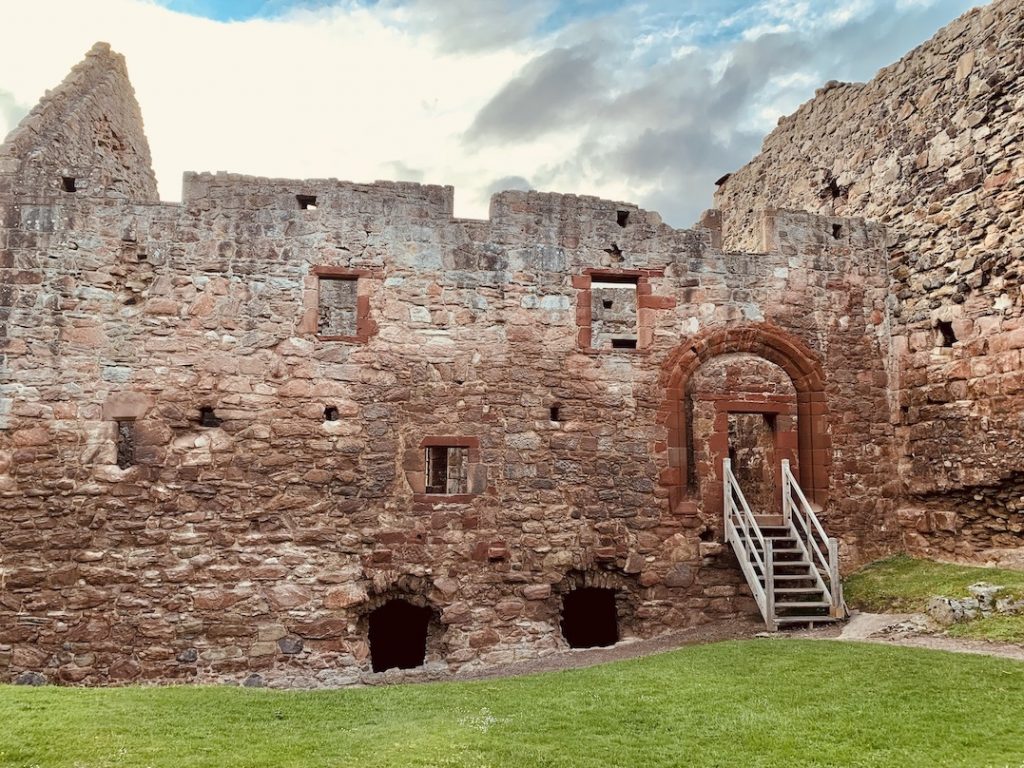 The Great Hall at Hailes Castle.

As you wander around the ruins here it’s impossible not to feel the weight of history. Especially on a silent night like this one when Spackles and I were the castle’s only visitors. For more on opening times, how to get here and the latest news, head to the official site.