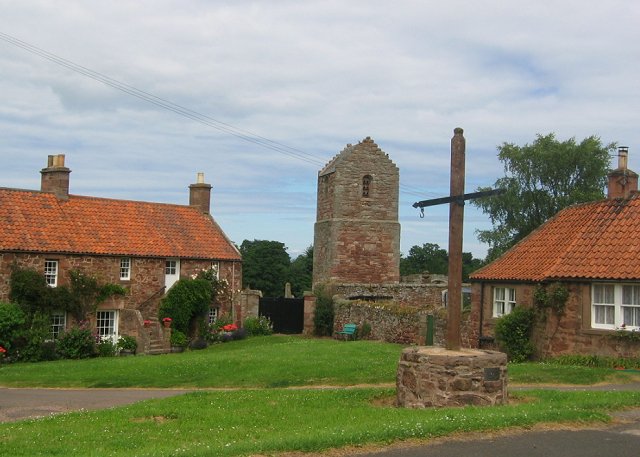 May 2019. Stenton Village is a small farming community in the Scottish county of East Lothian. The population stands at around three hundred, hence it doesn’t take long to drive through.

Surrounded by acres of gorgeous farmland, the village consists of little more than a few shops, a post office, a primary school and a bowling green. And lots of beautifully preserved 17th century stone houses. In fact, the word Stenton itself actually means stone town. 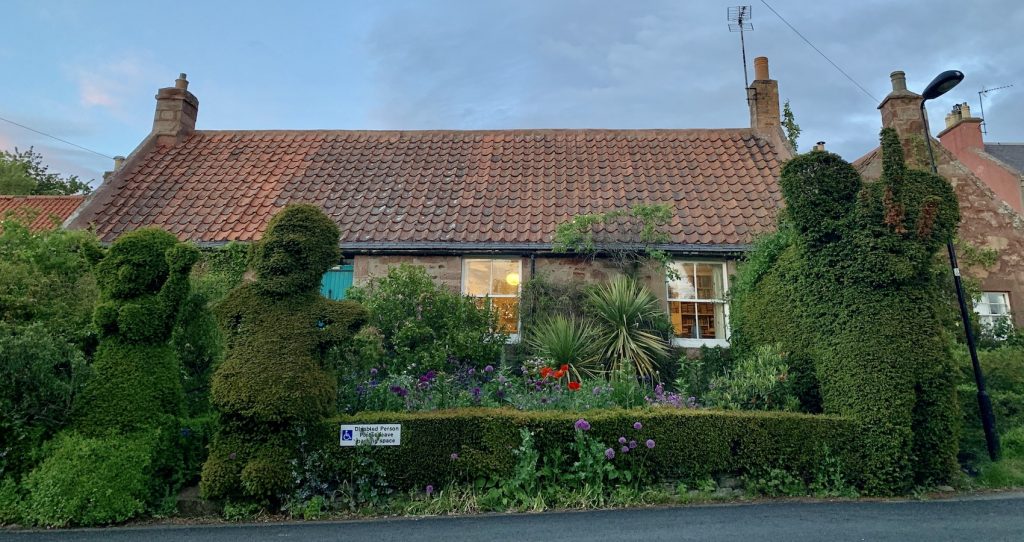 Impressive topiary on the Main Street in Stenton Village.

Some of Stenton’s houses are just gorgeous. Take this one for example, located on the village main street. The topiary here often stops passing cars in their tracks for a quick photo. As a result, the sculpted couple on the left have picked up quite a few nicknames, including Adam & Eve and The Stenton Streakers. 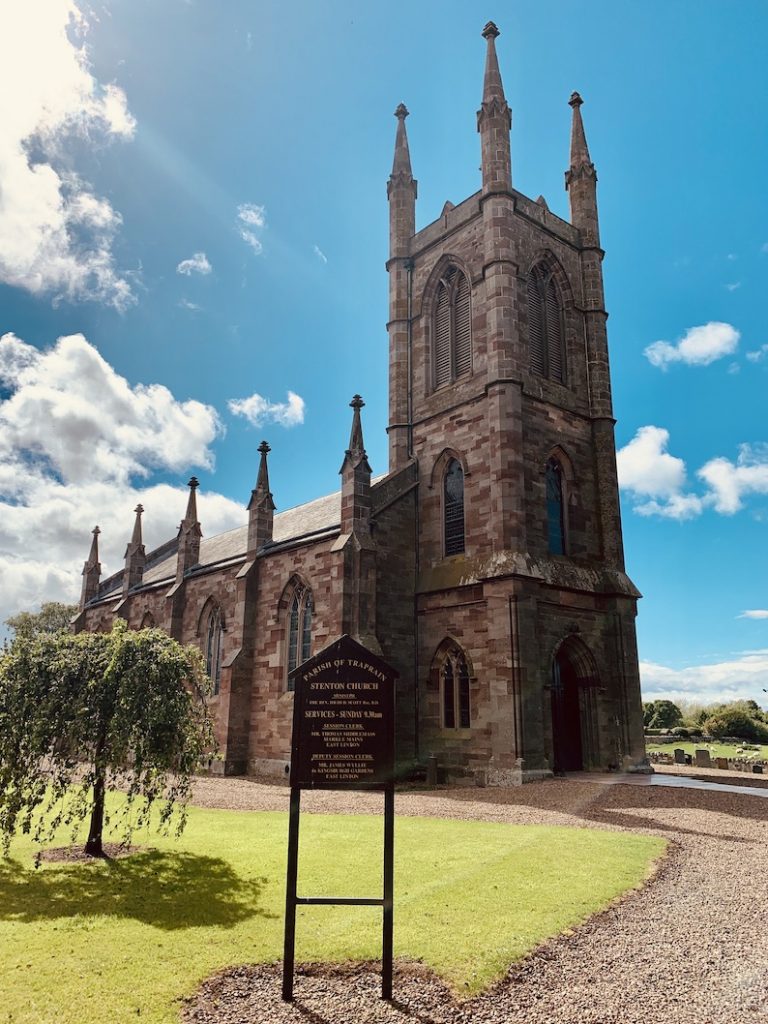 Most people just pass through Stenton. However, my old friend Spackles lives here in a converted farmhouse surrounded by fields as far as the eye can see.

Therefore I was keen to finally come and investigate the place. As a longtime local, Spackles wanted to show me Stenton Parish Church, a gothic structure with a handsome east tower dating back to 1829. 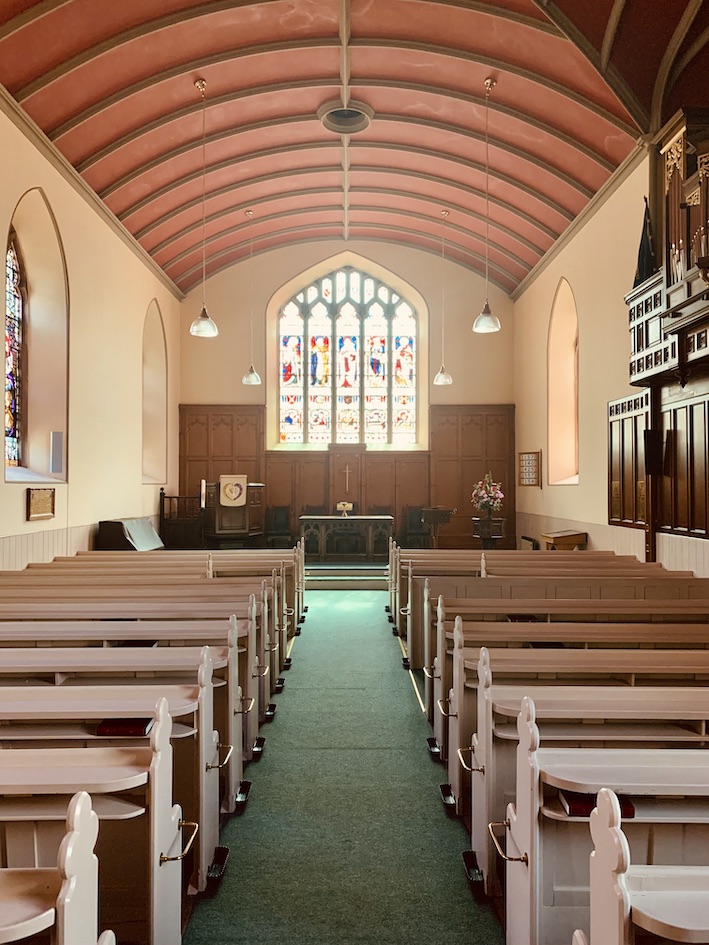 The church was designed by a chap called William Burn, a Scottish architect famed for working on churches, castles, monuments and manor houses all over the country. 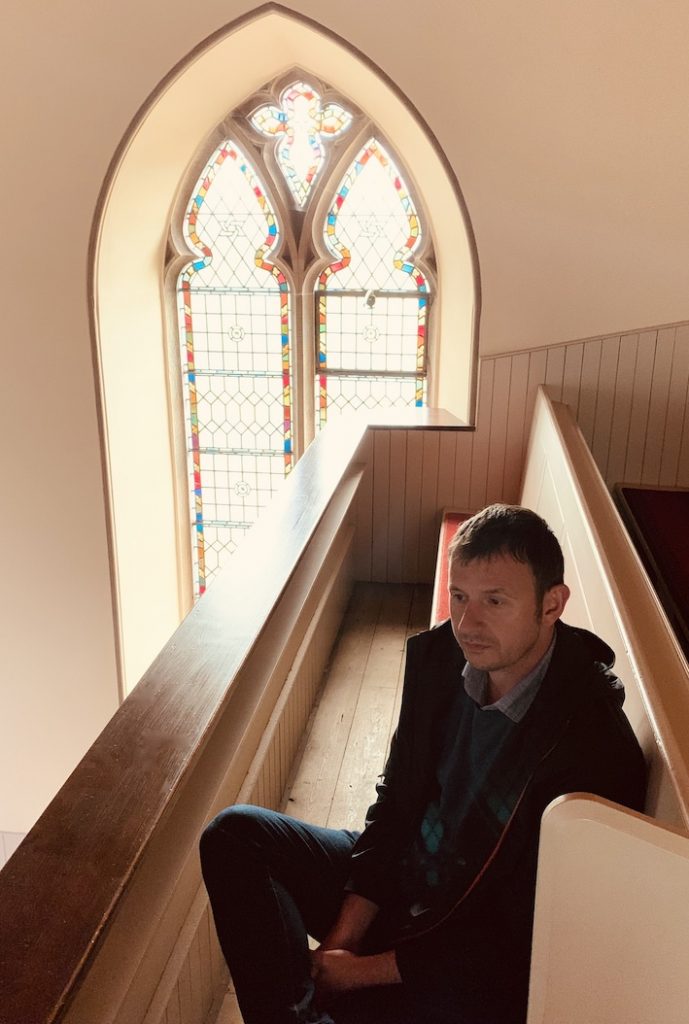 Apparently the stained glass windows in Stenton Parish Church are among the finest from 19th century Scotland. 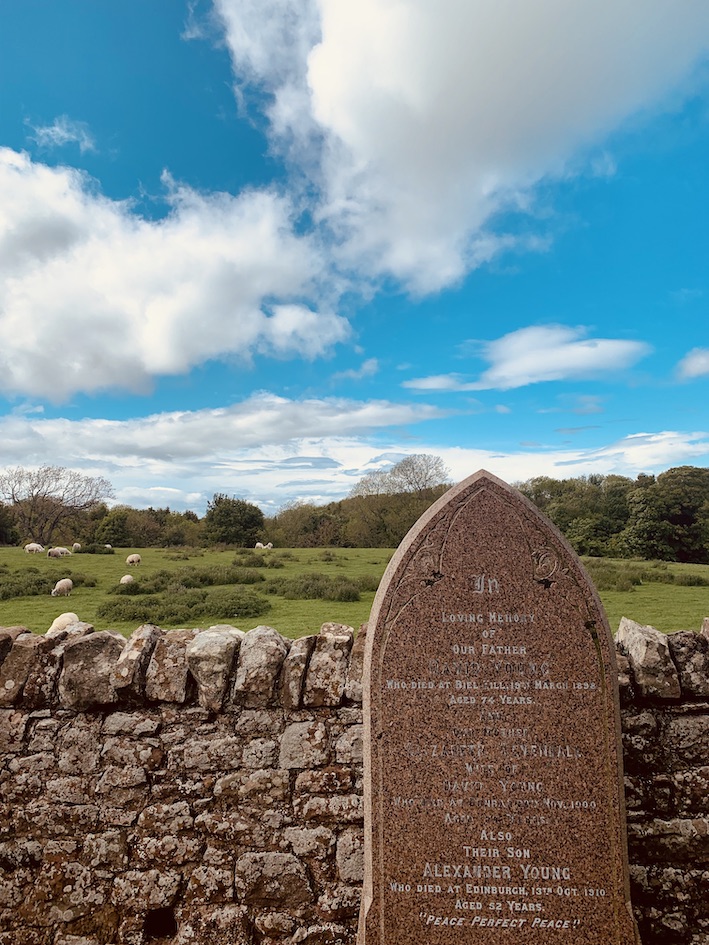 The graveyard at Stenton Parish Church.

The graveyard at Stenton Parish Church is both beautiful and intimate, with its stone walls and views of grazing sheep. Actually, I’ve always found cemeteries incredibly peaceful and thought-provoking places. Just about everyone in Stenton has a family member laid to rest in the graveyard. And that includes Spackles, whose father is buried here. 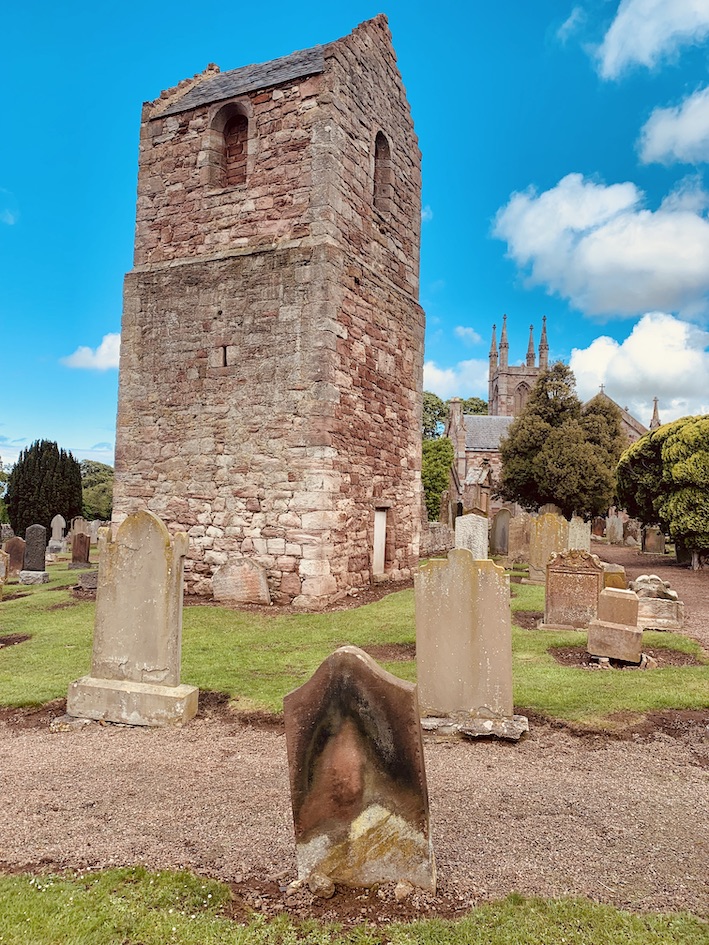 Ruins of the former kirk at Stenton Parish Church.

The graveyard certainly has a unique feel, thanks to this ruined tower of a 16th century Kirk. Predating the current church, it now stands as a doocot for Stenton’s pigeon population. 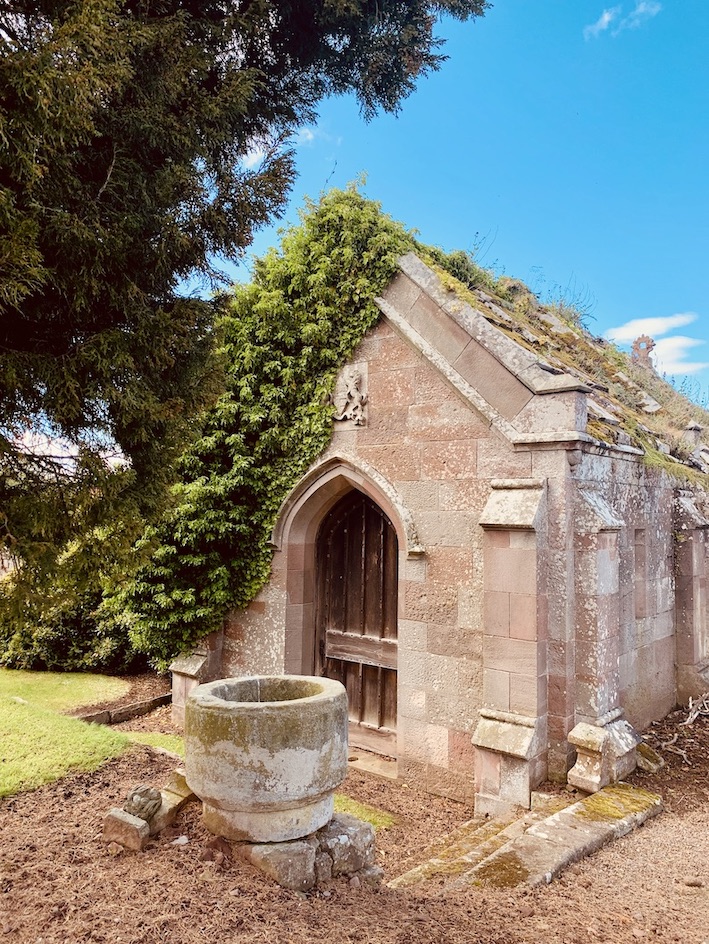 Furthermore, the church grounds contains the ruins of a former sacristy, which was later turned into a burial chamber for the Sydserff family of Ruchlaw. 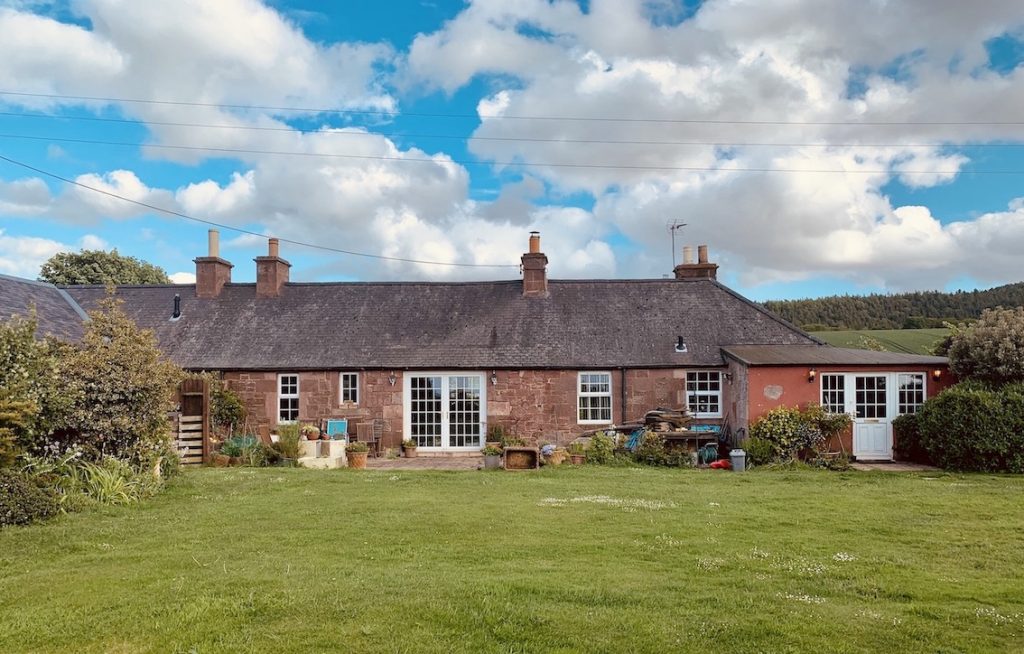 It was nice to see Spackles Manor again. Along with his mum and brother, Spackles has been converting this place into a dream home for over twenty years now. It’s such an idyllic place to live, especially for the family’s two dogs, who have the run of the garden and the surrounding countryside. 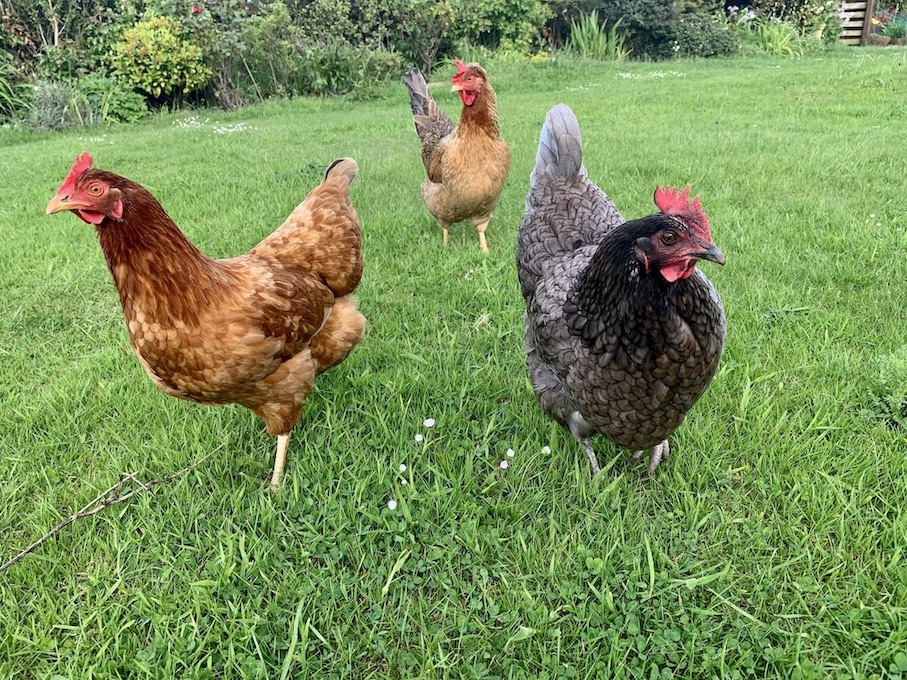 Spackles Manor is also home to three of Stenton’s most privileged chickens: Pauline (left), Bluebell (right) and Columbine (back). In return for laying delicious eggs, these guys can happily roam the grounds free from the fear of ending up on anyone’s plate. Moreover, they even get taken to the vet when they’re ill! #seriously. 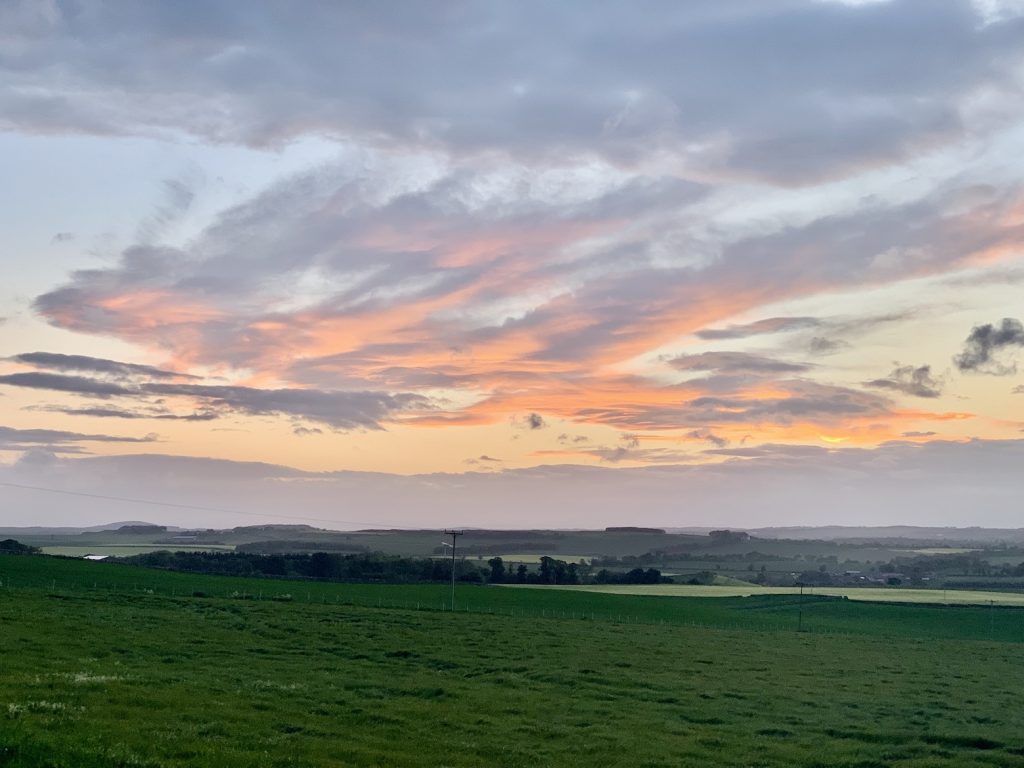 I enjoyed my brief stay in Stenton Village. In addition to the quiet, the fresh country air and the amazing views, there was also homemade gingerbread and nostalgic banter on our days working in the nearby town of Haddington.

Finally, an excellent afternoon was capped off by this excellent sunset and a solid night’s sleep. As Paul McCartney once sang: “I look high, I look low, I’m lookin’ everywhere I go. Lookin’ for a home In the heart of the country”.