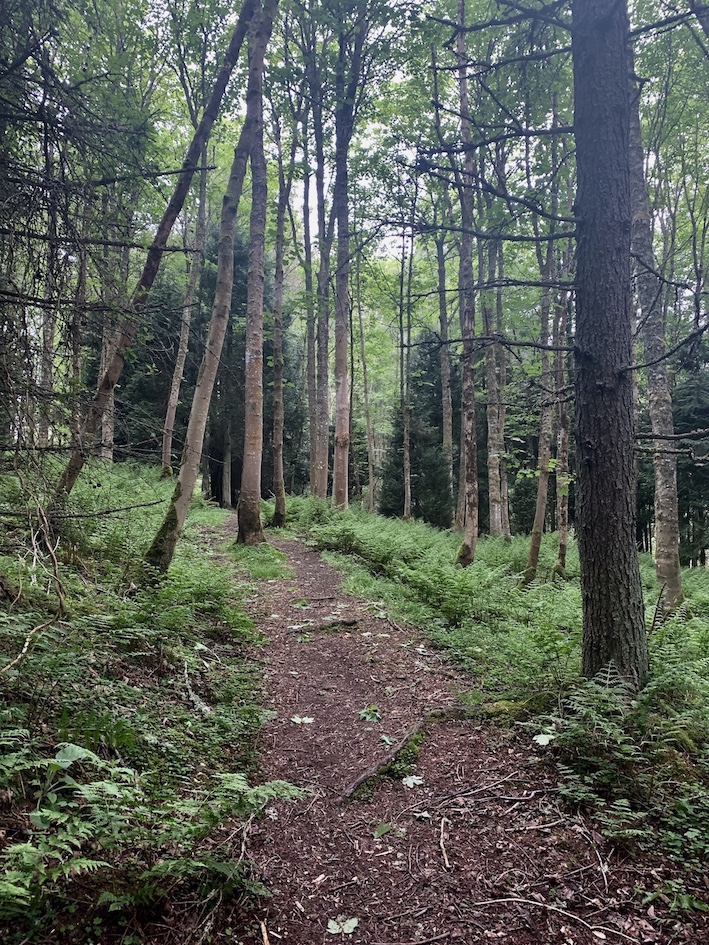 May 2019. It’s always nice to discover a new hiking route in The Scottish Borders. And since my parents move to the town of Galashiels, a wealth of new routes have opened up. One of these is Yair Hill Forest, a vast expanse of woodland situated in the heart of Tweed Valley Forest Park. 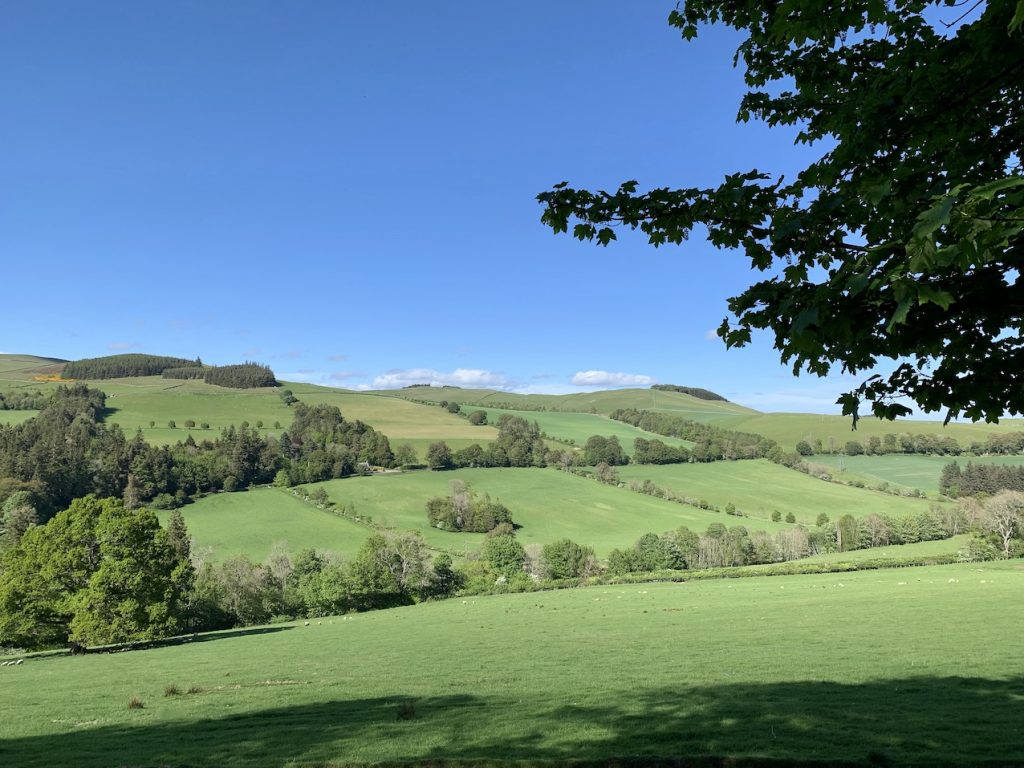 Views from the car park trail at Yair Hill Forest.

Yair Hill Forest is just a twenty minute drive from Galashiels. With River panting excitedly in the back of the car, my dad and I set off on a fine, blue-sky afternoon.

Soon enough we rumbled to a stop at Yair Bridge Car Park, located on the south side of the A707. It’s roughly halfway between the town of Selkirk and the village of Caddonfoot. From here, an ascending trail leads into the forest. And it wasn’t long before fine views of the surrounding countryside began unfolding as we progressed. 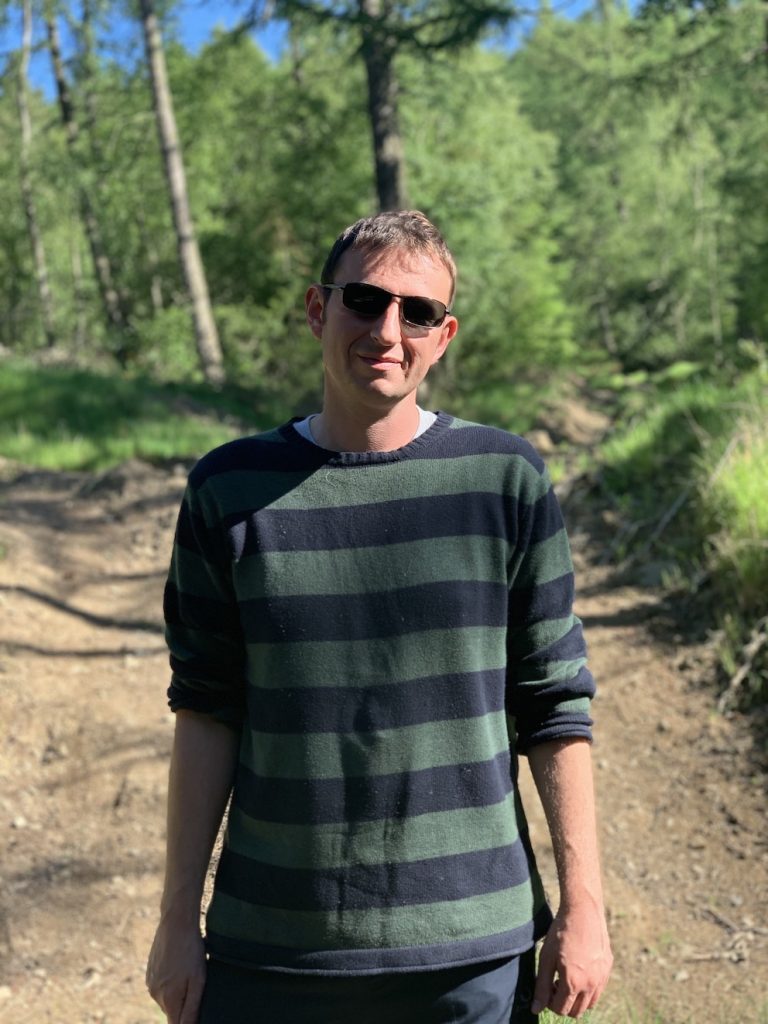 There’s a wonderful silence to Yair that sets it apart from other woods in the region. Aside, that is, from the steady background whoosh of the nearby River Tweed. 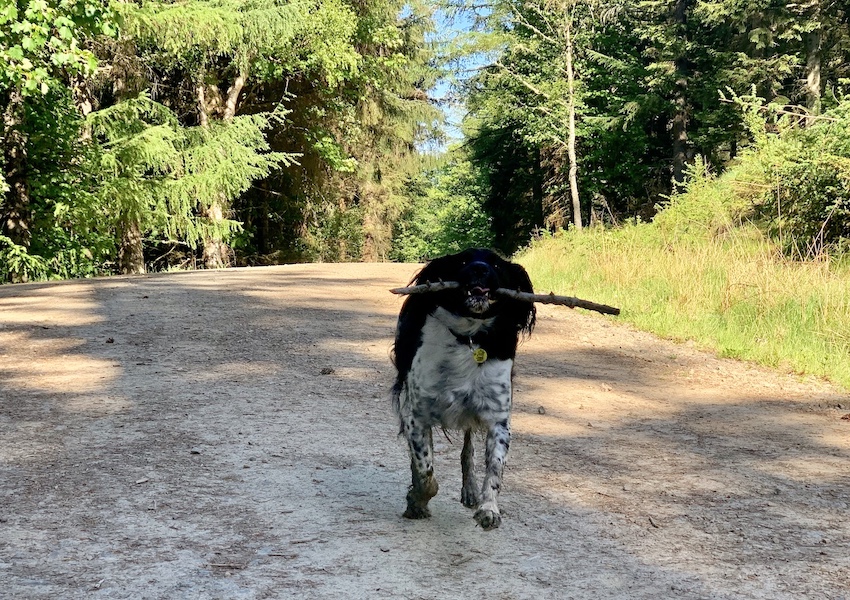 River in his element at Yair Hill Forest.

As with all these Scottish Borders routes, River is in his element. Free from the distractions of grazing cattle, this is a place where we can let him off the leash for some much-needed freedom to roam.

However, River tends to get too excited in Yair. Generally, he’s a well-trained, obedient Brittany. But in Yair he invariably goes a bit wild and disappears off the path into the dense forest chasing a myriad of enticing scents. 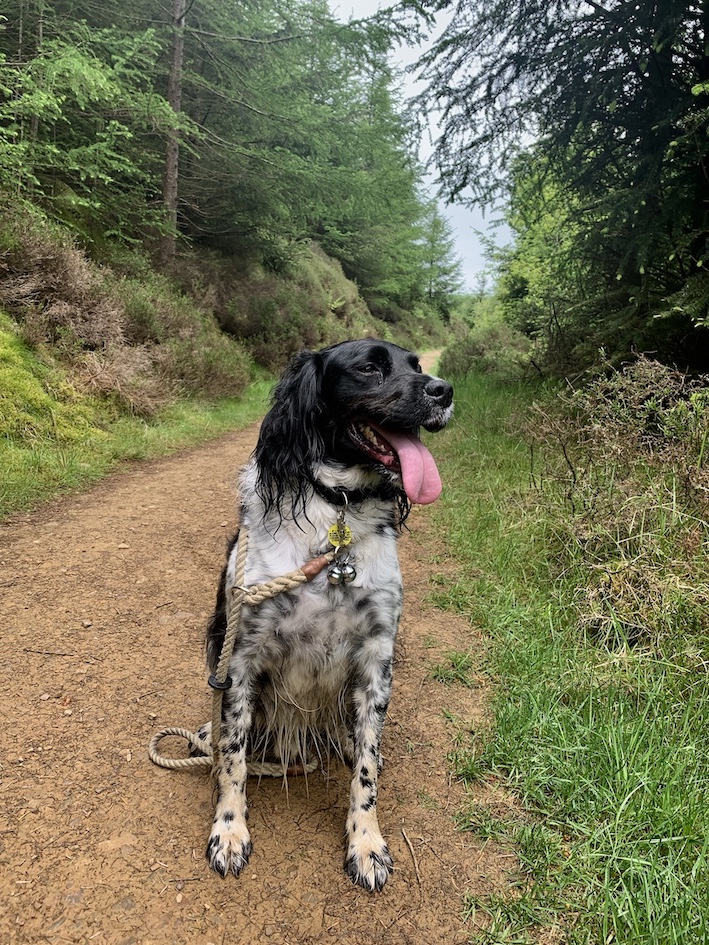 On this occasion we lost sight of him altogether for a while. But he eventually came back, ruffled and breathless. An endearing “I know I’ve been naughty” look on his face. 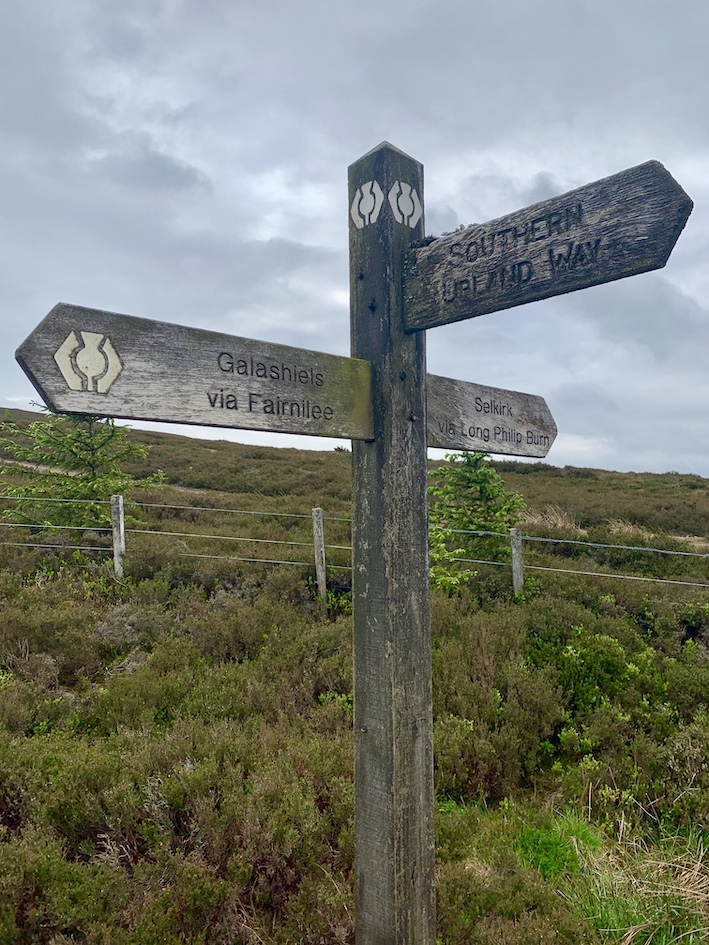 From Yair’s well-paved paths, it’s possible to branch off onto a section of The Southern Upland Way. Here the trail becomes tougher, rougher and overgrown. 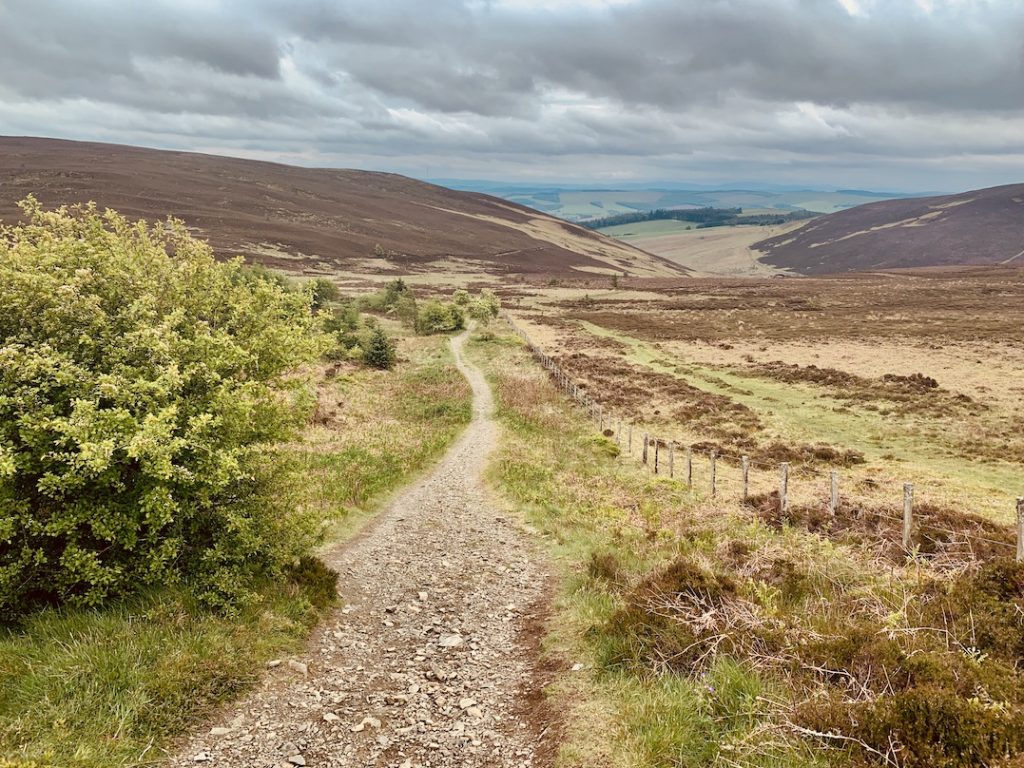 Onto the Southern Upland Way from Yair Hill Forest.

Thankfully, the extra effort is all worth it! Especially as this heathery route leads towards three ancient cairns, known as The Three Brethren. 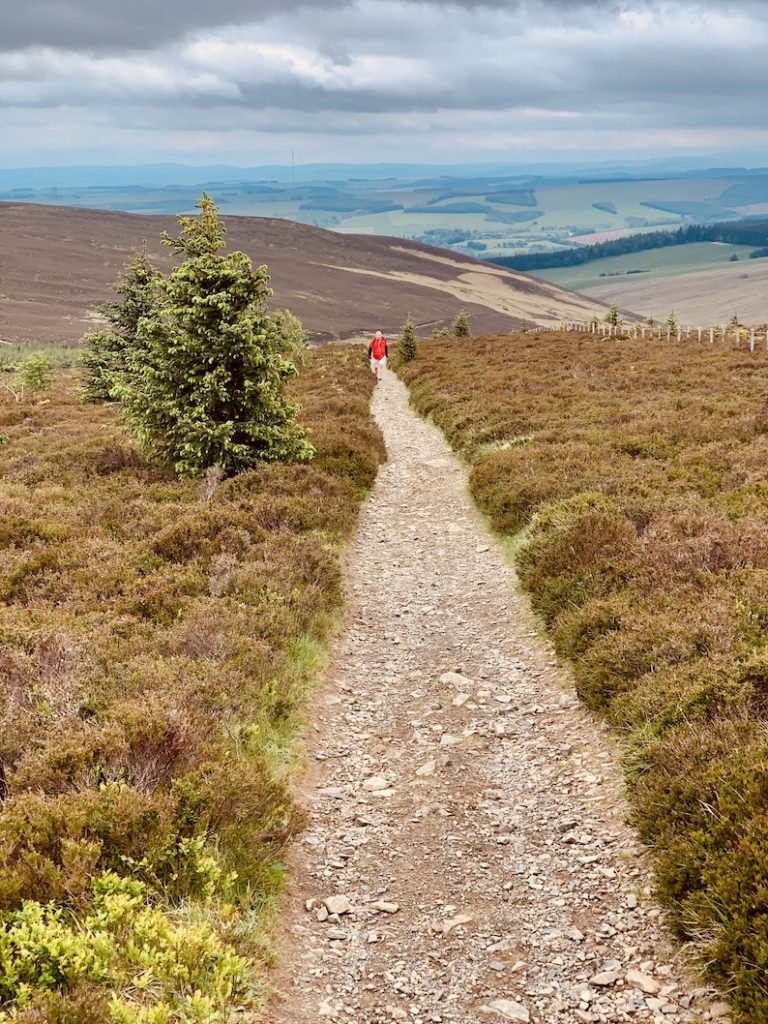 Seeking out The Three Brethren.

It’s certainly a workout reaching the cairns, with much of the path stretching uphill. Nevertheless, we went at our own pace and even with the time it took to recover River from the forest, we made it to the ancient stones in about 75 minutes. 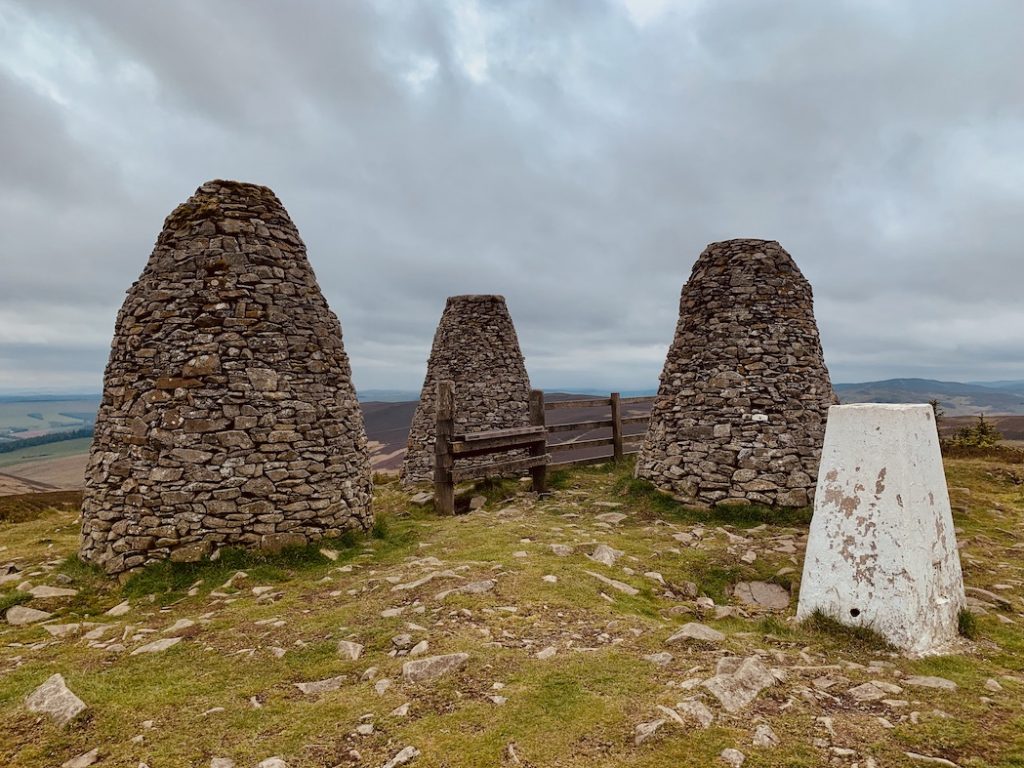 Perched at an altitude of 380 metres, The Three Brethren date back to the 16th century. They were constructed by the lairds of Yair, Selkirk and Philiphaugh to mark the boundary of their respective estates. Each cairn is around nine feet high. 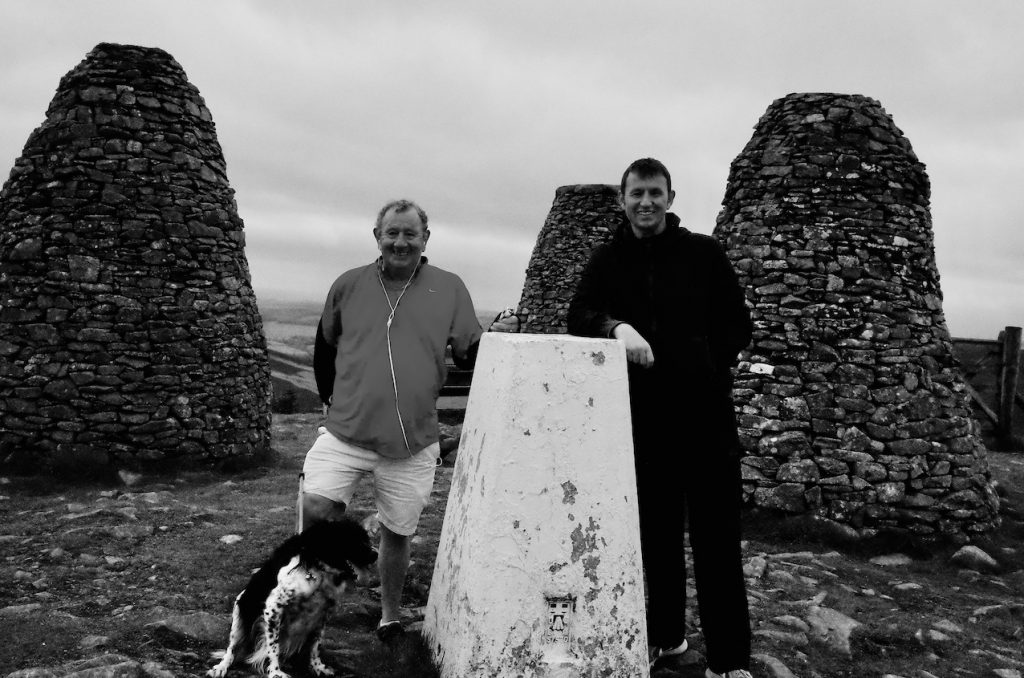 The views out over the moorland are excellent and a great reward for our efforts. Furthermore, we were lucky enough to meet some other hikers, who arrived just after us. Consequently, grabbing this final victory shot was all the easier.

Like this? Check out more of my reports from The Scottish Borders. 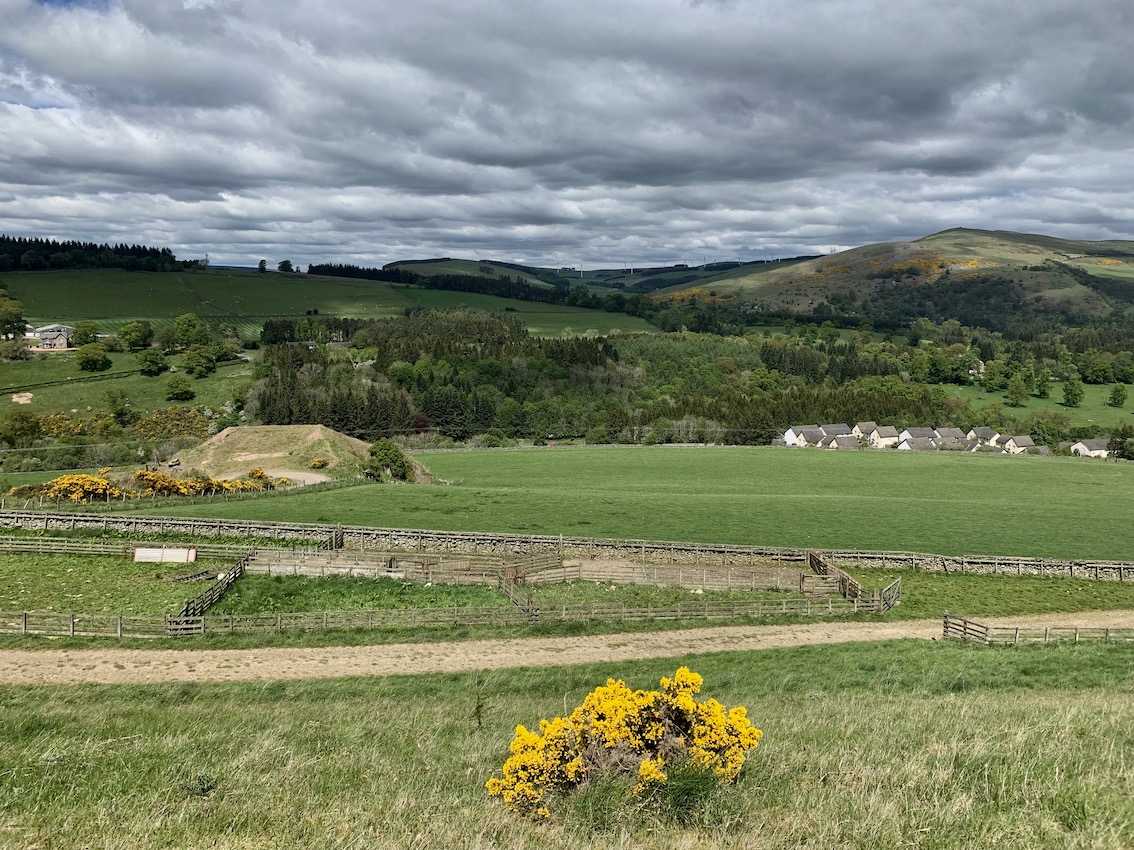