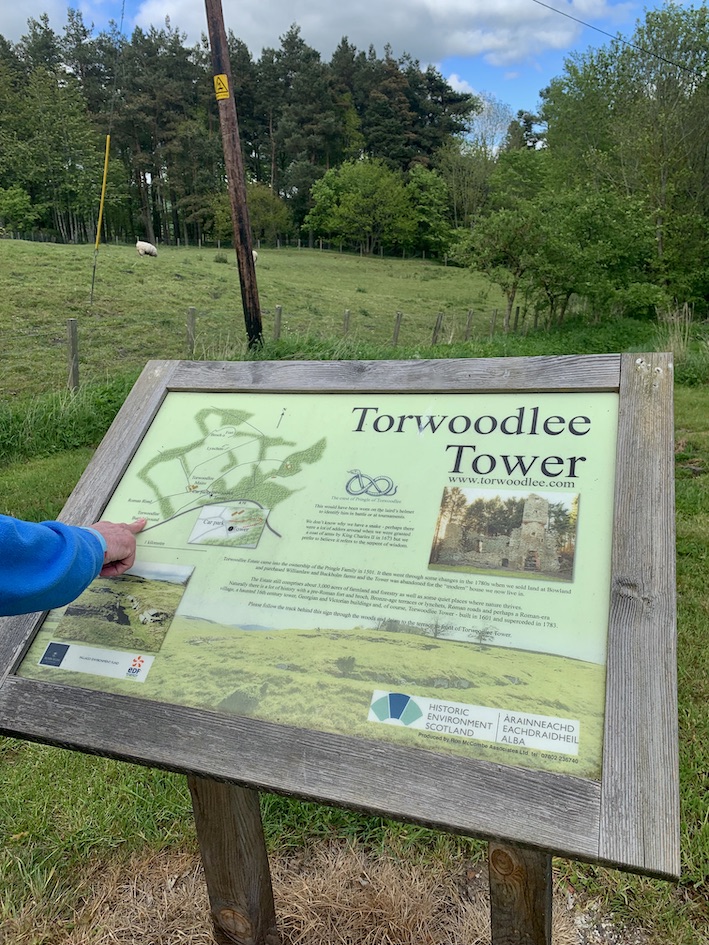 May & December 2019. The vast country estate of Torwoodlee in The Scottish Borders has belonged to the Pringle family since 1501. The Pringles are a historical clan with an illustrious lineage. Have you heard of the clothing manufacture Pringle of Scotland? That’s them!

With a whopping three thousand acres at their disposal, the Pringles have generously made a big old chunk of their land available for public access. In fact, for my dad and his dog River, the Torwoodlee circular is a regular hiking route in all seasons. 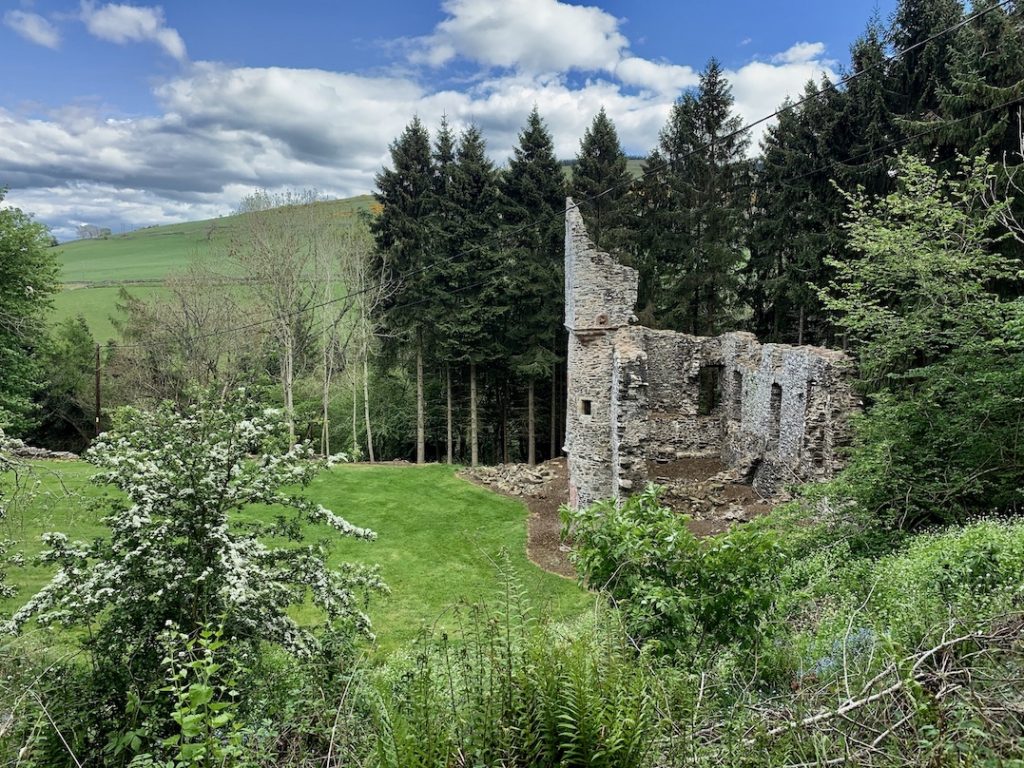 Back in olden times the Pringles lived here in Torwoodlee Tower, part family home, part fearsome defence post. George Pringle constructed it in 1601 to replace a residence destroyed by the so-called lawless clans of the 1500s. I’m looking at you Clan Elliot and Clan Armstrong. 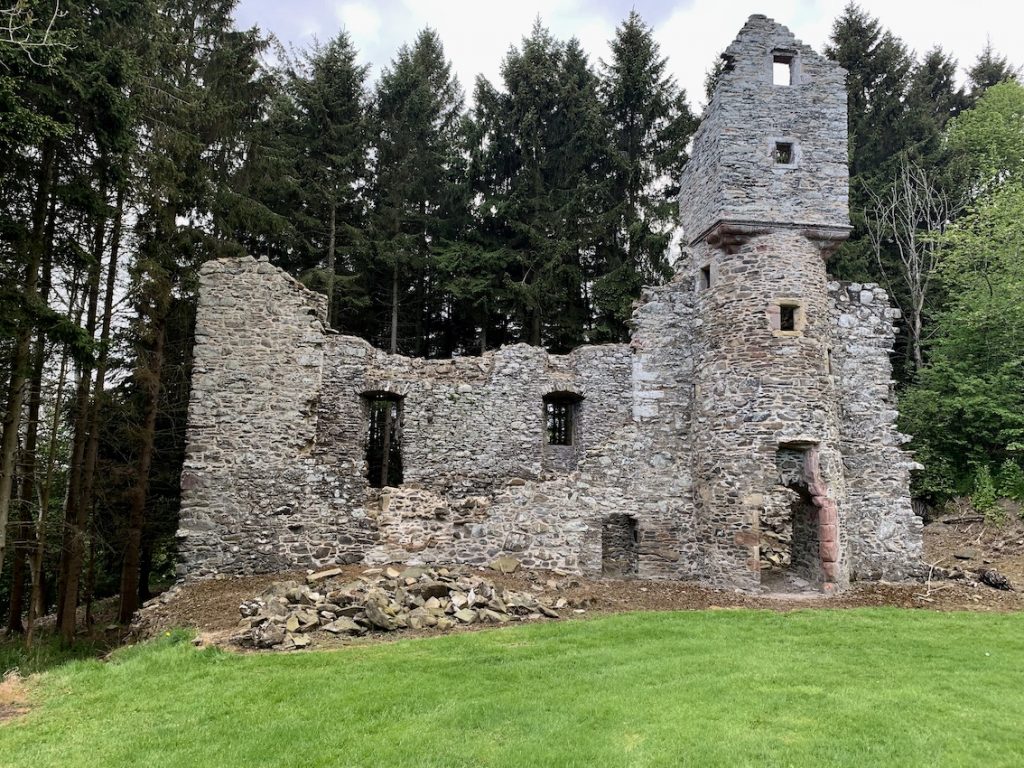 A descending woodland trail leads down to this grassy terrace, where you can get close up to the ruins. The Pringles abandoned the tower in 1783 in order to relocate to a new residence, Torwoodlee House. 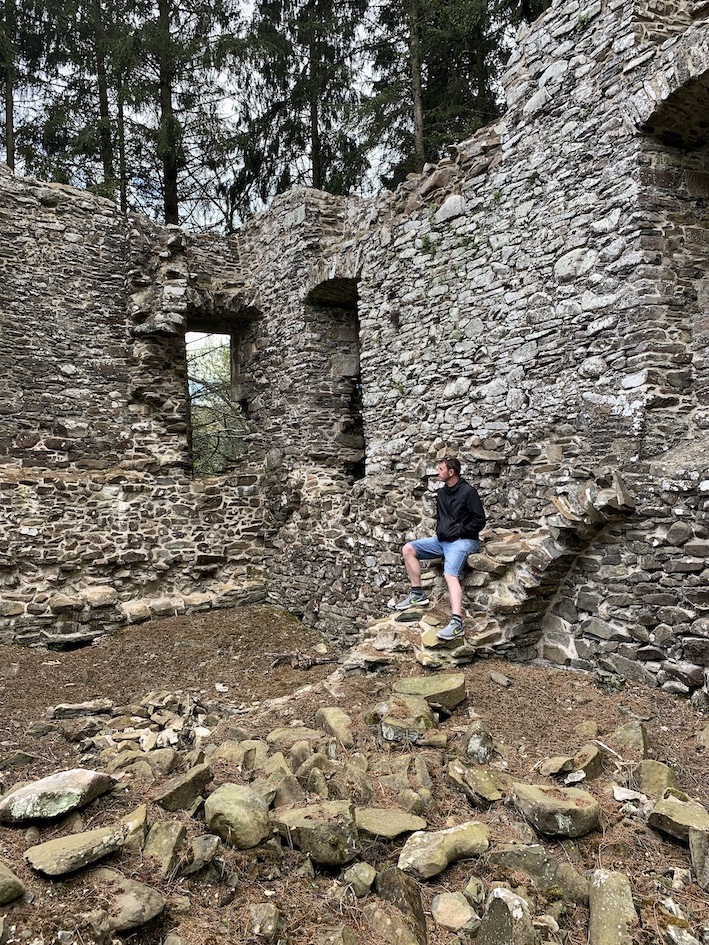 Inside the ruins of Torwoodlee Tower.

These days a number of organisations, including Historic Environment Scotland, ensure Torwoodlee Tower remains preserved for future generations to enjoy. 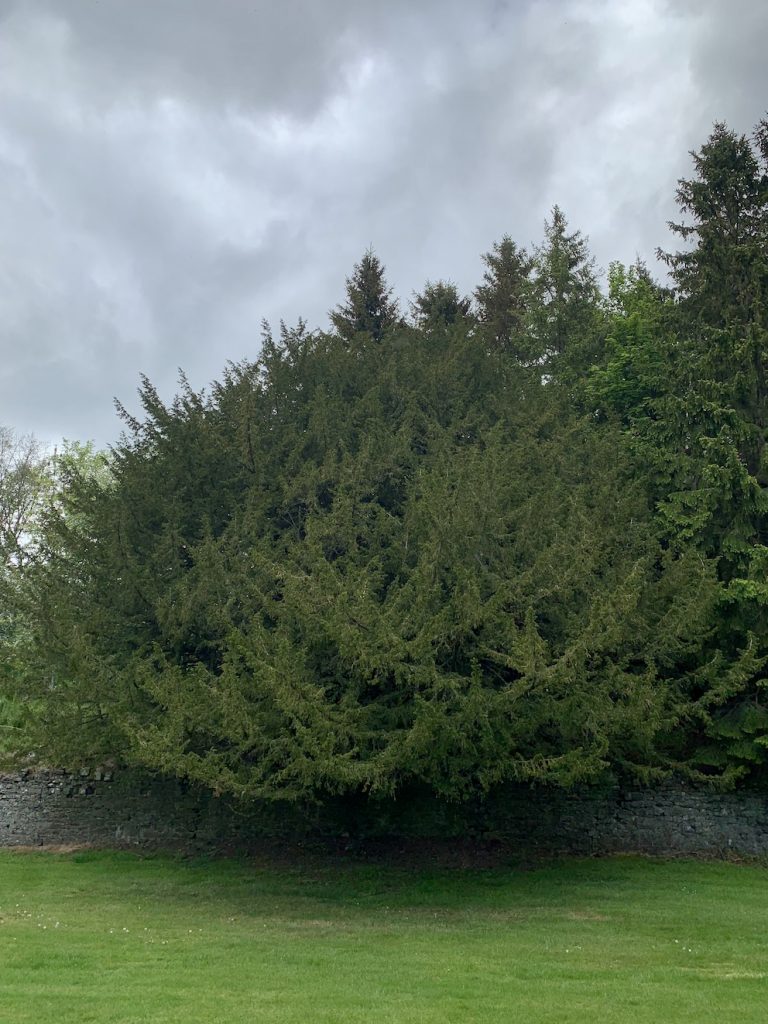 The terrace is such a pretty and peaceful spot. There’s also a giant, ancient yew tree here, planted around the same time as the tower’s construction. After all, yews were the tree of choice to mark historic occasions.

Moreover, keep your eyes open for the local wildlife, from all manner of birds (including pheasants) to wild deer. All of which are guaranteed to send River into a frenzy! 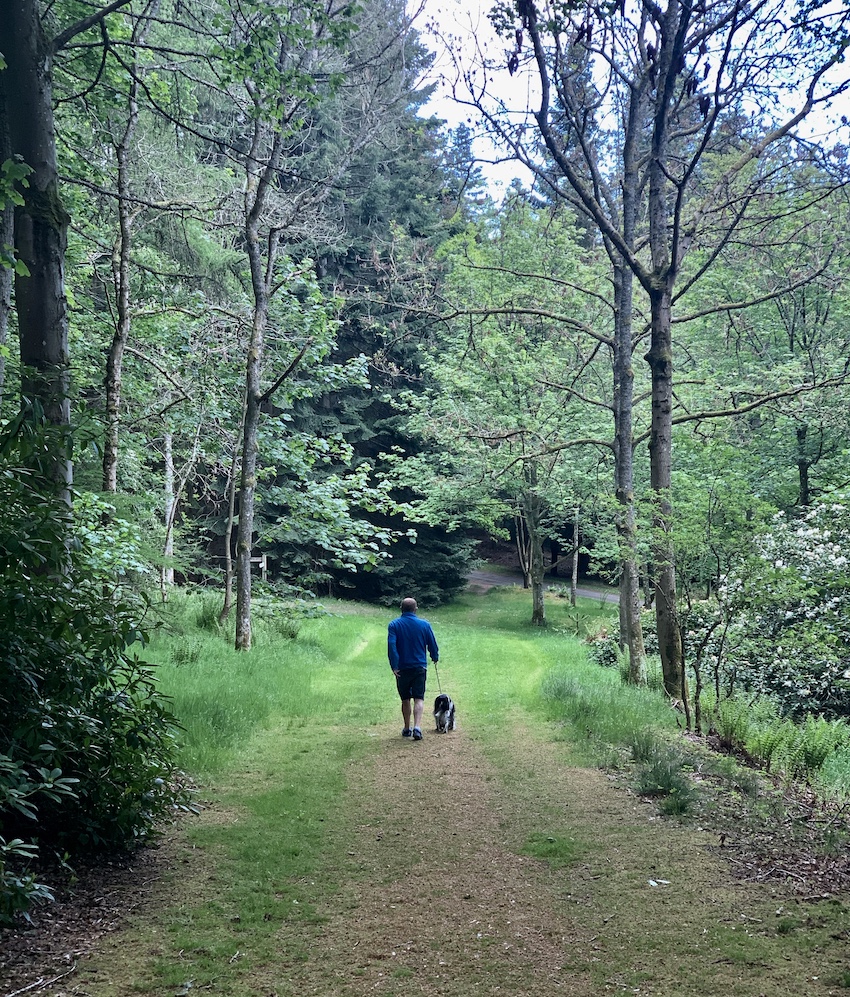 From the tower, one can follow the woodland trail. Before too long you’ll see bits of Torwoodlee House visible through the trees. Another trail, which branches off the main ascent, leads you to the perfect view of their Georgian mansion. 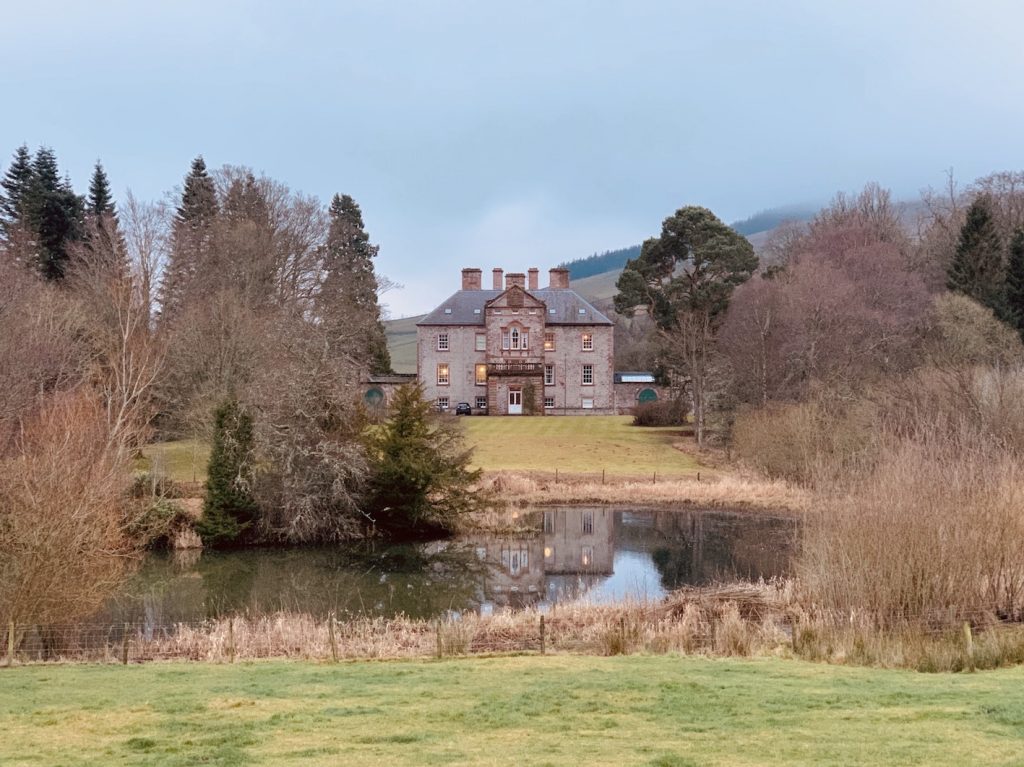 Actually, my dad and I met none other than Frances Pringle one December afternoon. She was walking her dog, a miniature Schnauzer, whom she adopted from a rescue home. Frances stopped to chat with us for a bit, our conversation lightly skipping over dog breeds, Brexit and Scottish Independence. 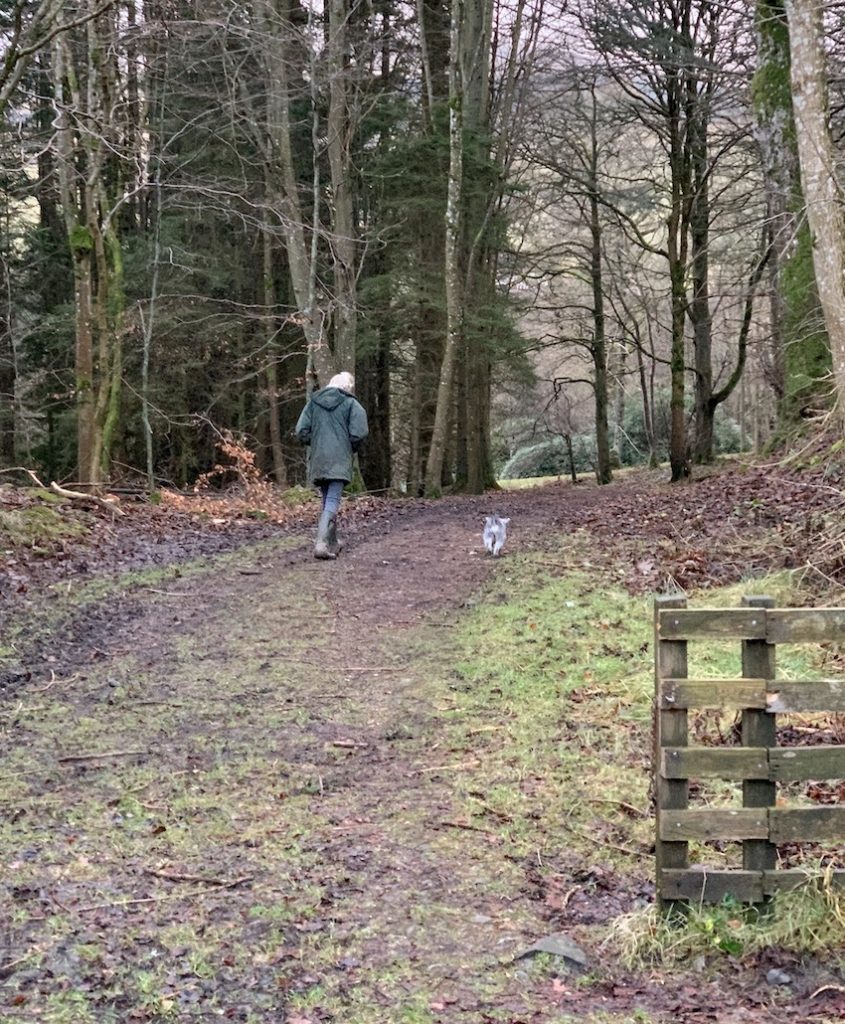 Meeting a Pringle at Torwoodlee.

On the main ascending trail, look out for a clearing from which one can gaze out over a section of the green at Torwoodlee Golf Club. 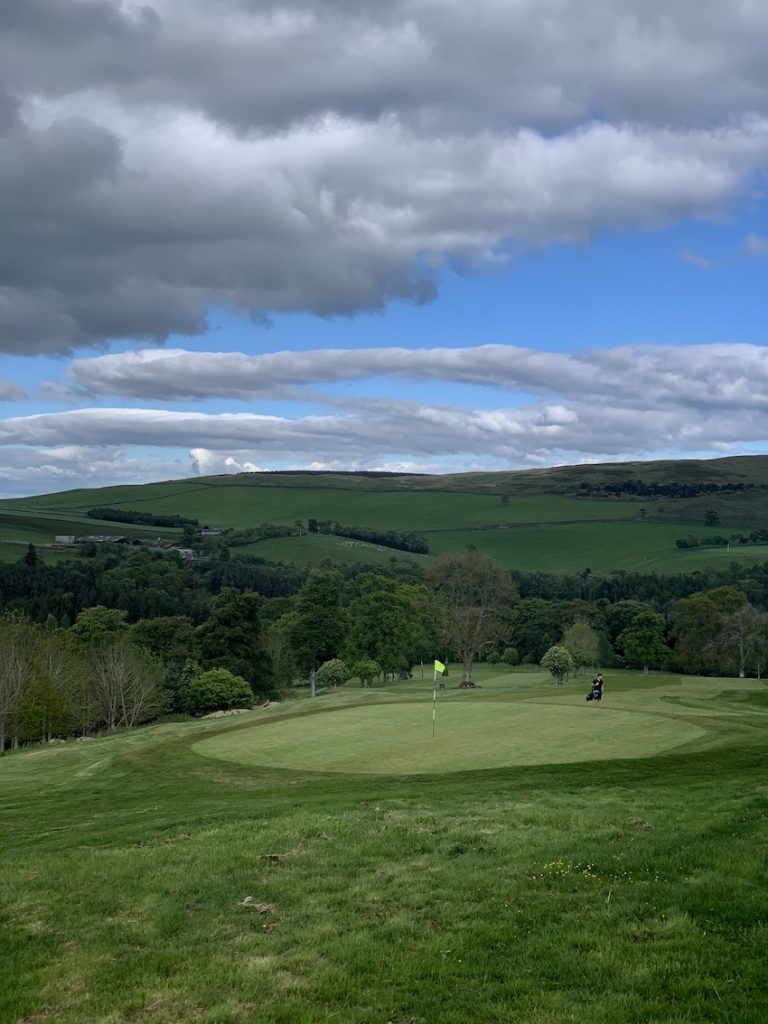 This eighteen hole golf course enjoys an exceptionally attractive location on sloping land along a flanking stretch of The Gala River. Furthermore, it’s common to see a train or two humming by on The Borders Railway. It’s all so damn idyllic it almost makes me wish I were into golf. 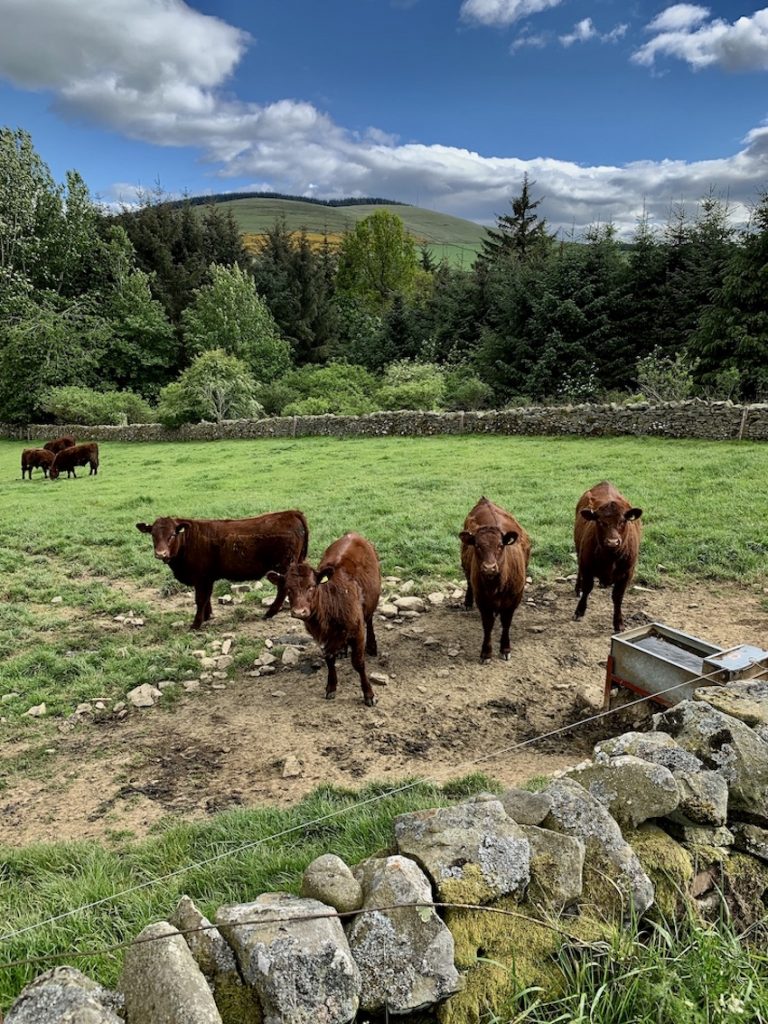 From here the Torwoodlee Circular branches off into a series of trails running alongside a vast expanse of farmer’s fields, stone walls and scattered woodland.

You certainly have to take care if you’re doing the route with a dog. On this particular day our first choice route was full of grazing sheep. Hence we headed off in another direction. I can only imagine the havoc River would have wreaked given half a chance! The sheep seemed to sense this too, promptly scarpering at the mere sight of us. 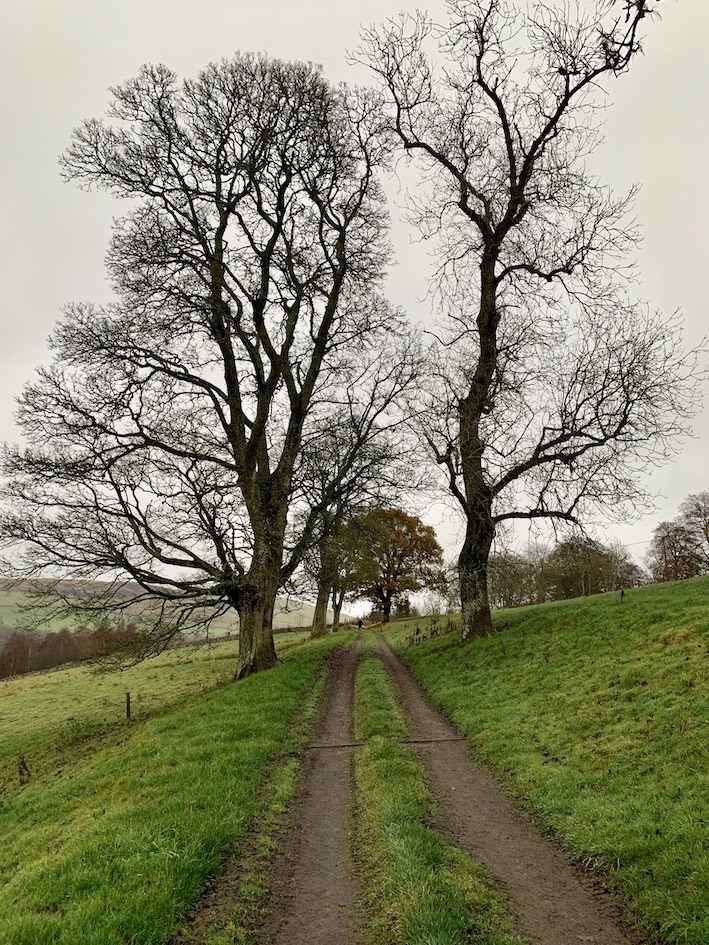 An autumn stroll on The Torwoodlee Circular.

Luckily, I got another shot at that particular trail when we returned to Torwoodlee one wintry afternoon. This time the field was empty and we could let River off the leash.

It was the perfect opportunity for a bit of training, with River sprinting between my dad and I on command. 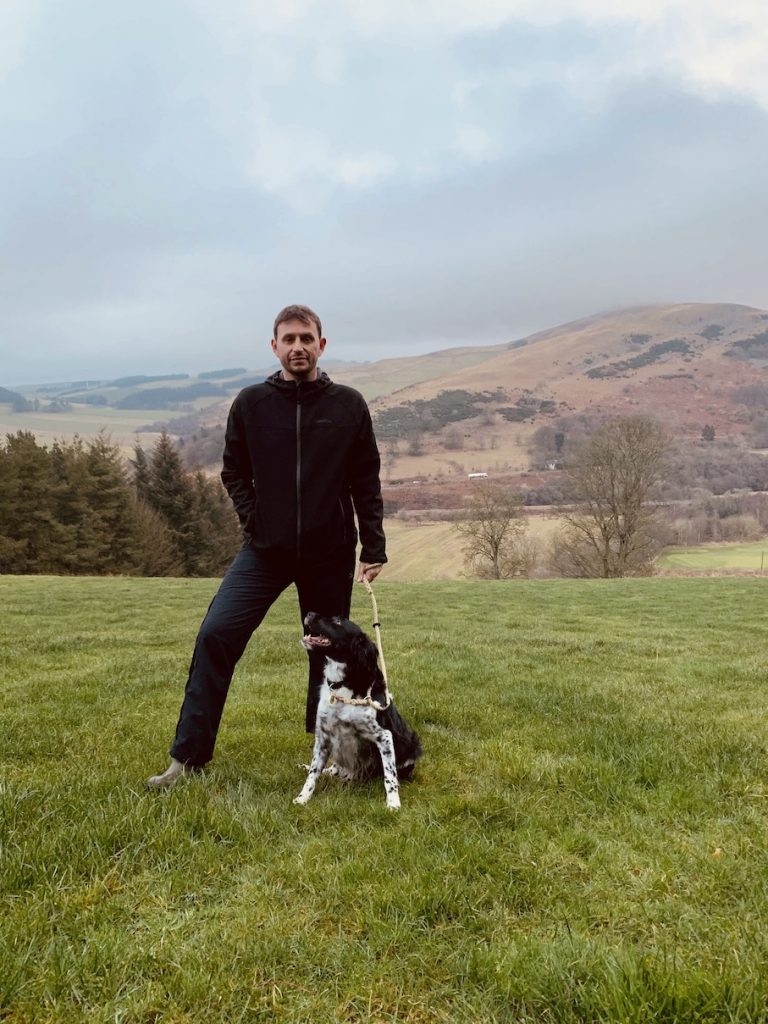 The field also offers up excellent views of nearby William Law, a 396 meter hill. 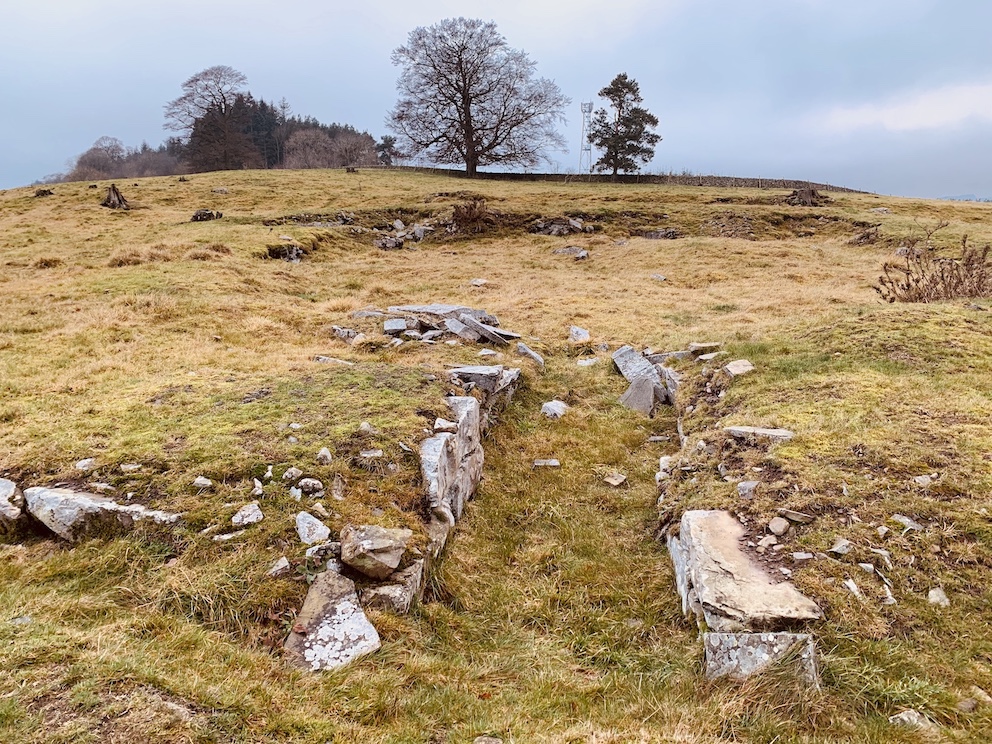 The next field up is home to the fascinating Torwoodlee Broch, the remains of an ancient, iron-age stone residence. The Broch has been subject to a number of high profile excavations. First in 1891, most recently in 1950. On both occasions Roman pottery, glass and coins were discovered.

Like this? Check out more of my travel reports from around Galashiels.