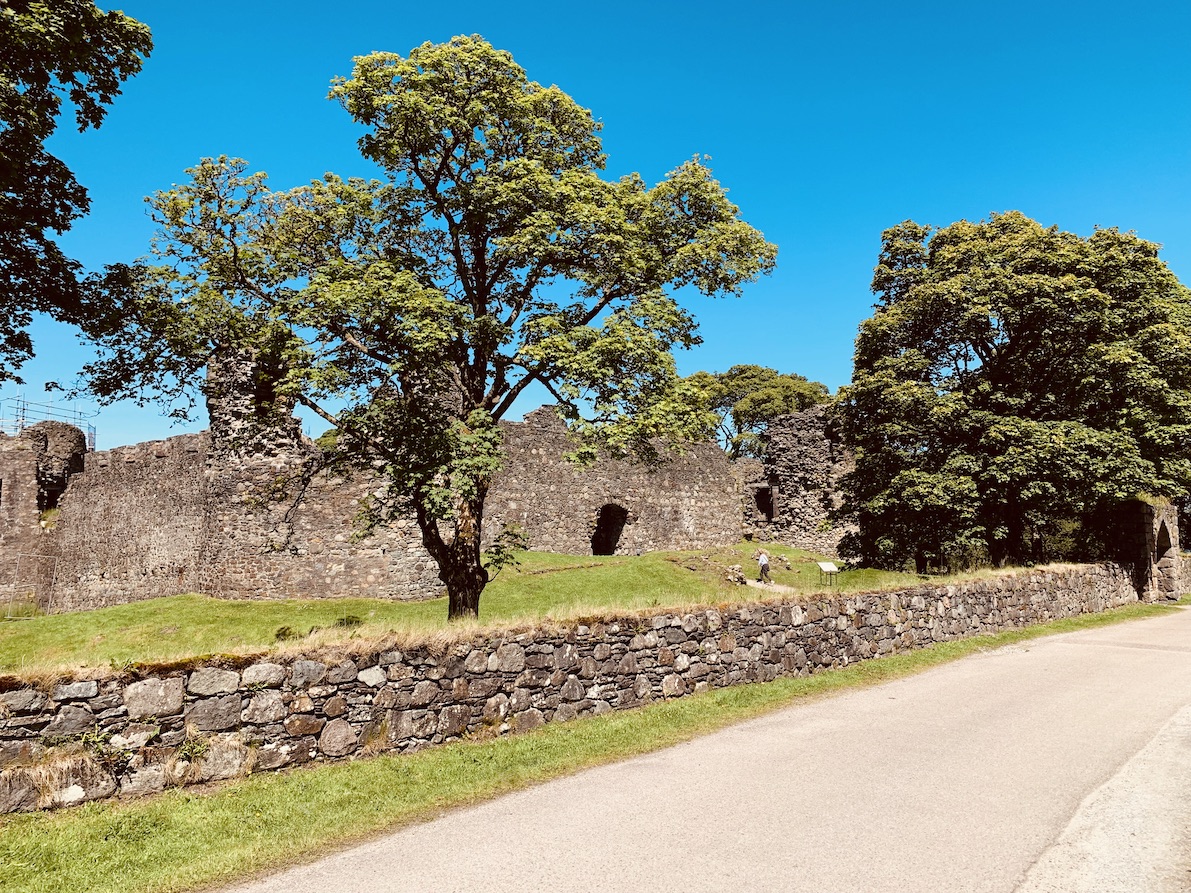 June 2019. I’m starting to get into this whole Scottish castle thing. It reminds me a bit of the first dozen or so temples I discovered in Asia. Or that initial bunch of cathedrals in Central Europe. In contrast to the castles of East Lothian and indeed of Oban and Loch Ness, Inverlochy Castle is a modest sight. However, it’s still well worth half an hour of your time if you find yourself in Fort William. 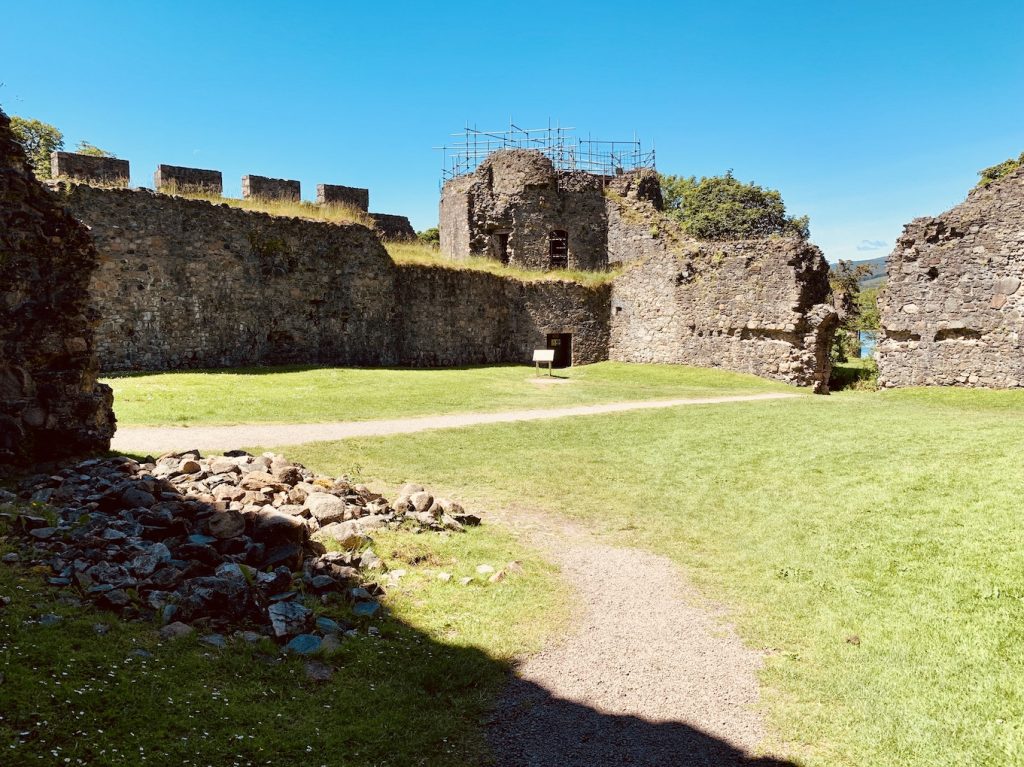 The castle was built by The Comyn Clan, the most powerful and influential family in 13th century Scotland. Construction took place between 1270 and 1280. The Comyns were buddies with King John Balliol. This pissed off Robert The Bruce, who wanted to be King himself. 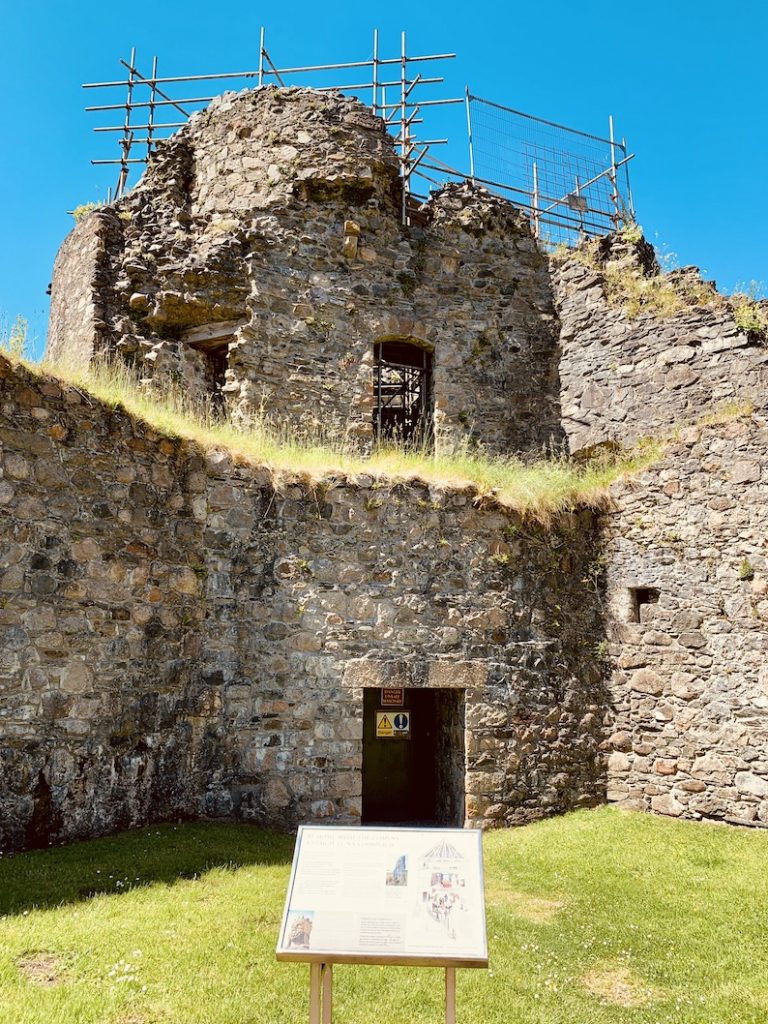 The Comyns lived happily here until Robert The Bruce actually became king and set about ruthlessly destroying them. This is Comyn’s Tower, spoilt a bit by scaffolding work at the time of my visit. Clan leader John Comyn lived within the tower in a private apartment. Furthermore, the Comyns entertained visitors in the first-floor hall. But the whole dream came crashing down in 1306 when Bruce stripped the place. He was also behind John Comyn’s arranged murder. 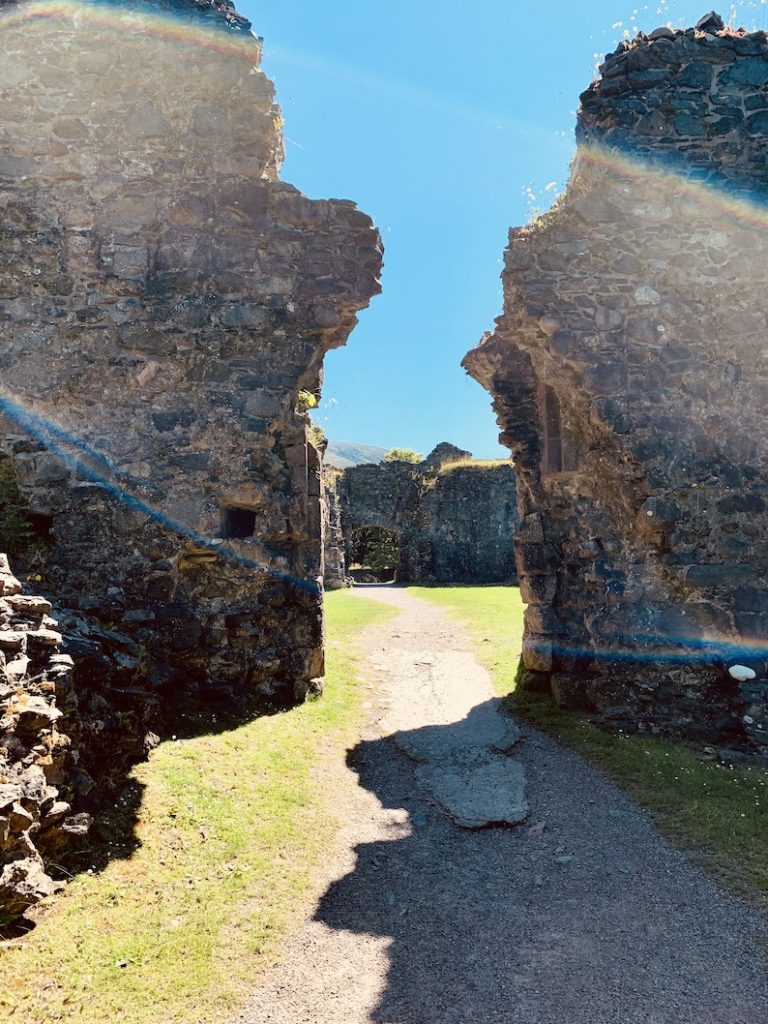 From here the castle had a typically chaotic history. It was involved in the Battle of Inverlochy in 1431 when the clansmen of Alexander MacDonald pulled off a surprise defeat against the much bigger army of King James I. In 1505. King James IV gifted it to Alexander Gordon, 3rd Earl Of Huntly, whom he instructed to repair the place for use as a royal garrison. Oh and there was another Battle of Inverlochy in 1645. 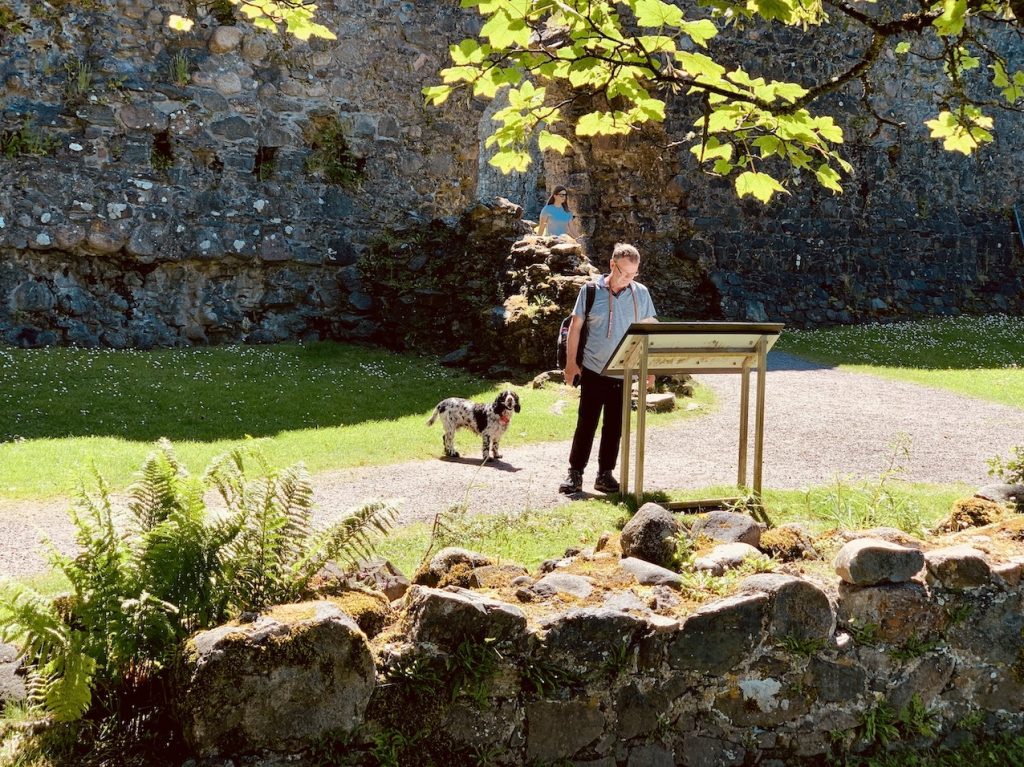 Perhaps my favourite note of the castle’s timeline is when Queen Victoria swung by for a visit in 1873. The owner at the time, a Mr. William Scarlett, had spent weeks trying to patch up the run down castle with added battlements and stonework. However, on arrival Victoria reportedly claimed that there was little left to see and promptly departed. 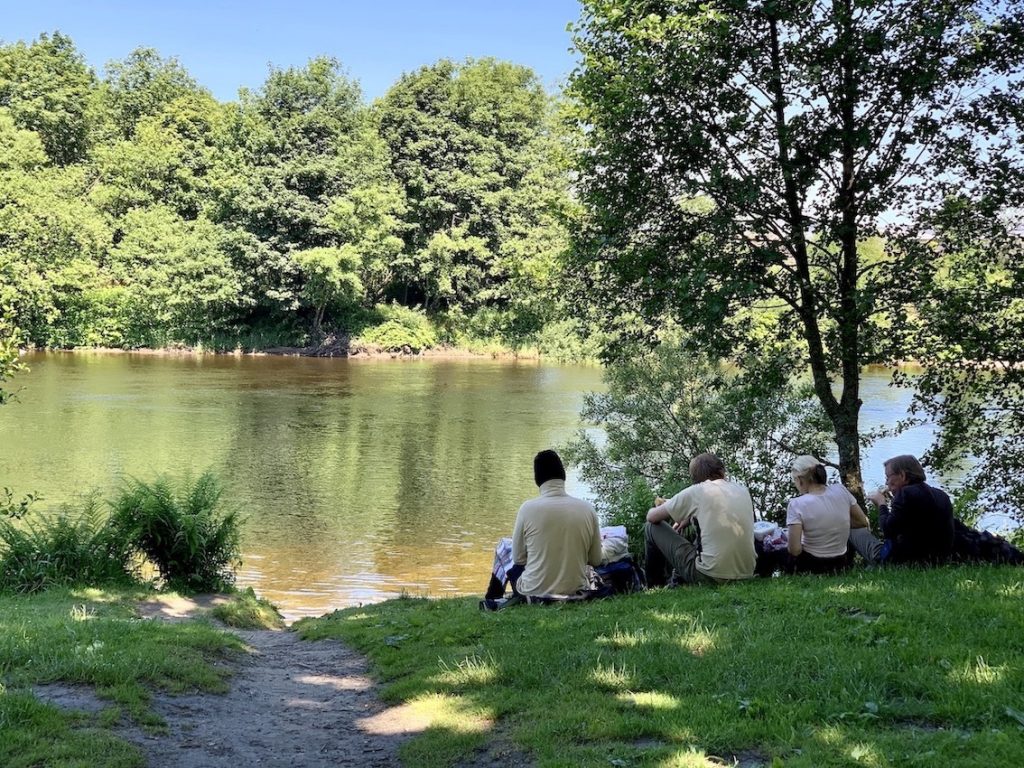 Even today I would describe this is a modest set of ruins, despite the fact that it’s actually very well preserved. The castle does enjoy a lovely location on the banks of The Lochy River. Moreover, it’s just a short walk from here to Soldiers Bridge, which is also well worth a look.

You can find Inverlochy Castle a mile away from the centre of Fort William. It’s on the A82 road out of the town towards Inverness. For more info, here’s the official website.