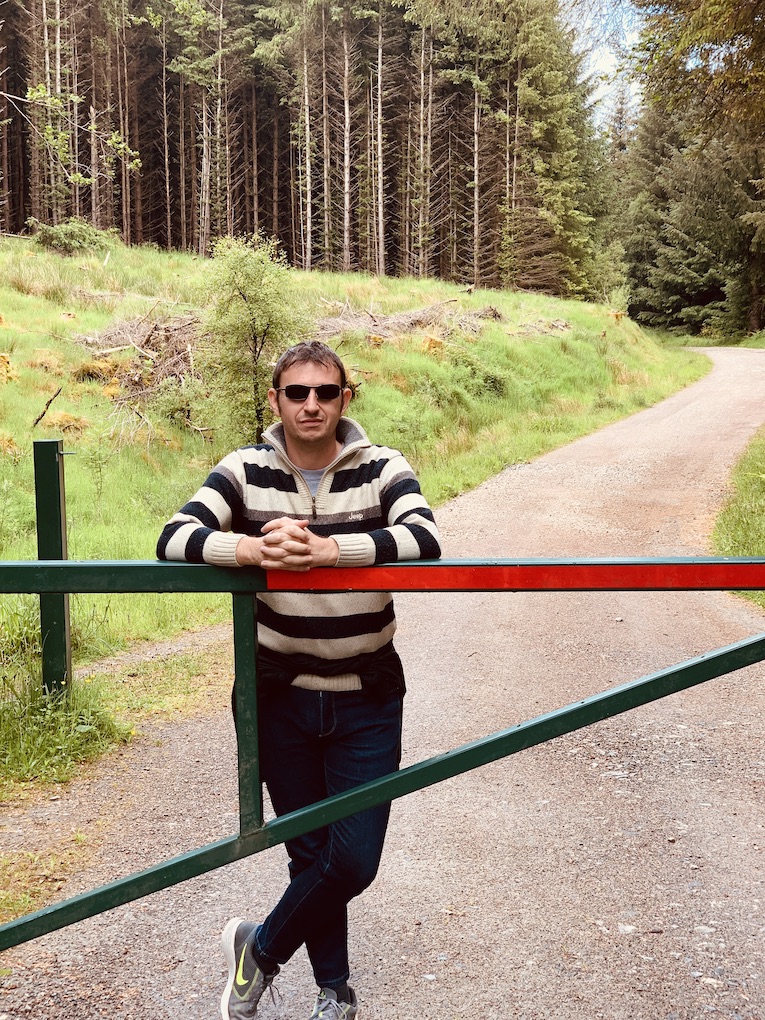 June 2019. When it comes to hiking, you really are spoilt for choice around Fort William. Having exhausted Banavie’s excellent walking options, I jumped at the chance of something different one Sunday morning.

It was my brother-in-law Thomas who suggested The Witch’s Trails. Located throughout Leanachan Forest at the foot of Ben Nevis, the trails include a range of walking routes and some hardcore mountain bike tracks, including those used in The World Cup. 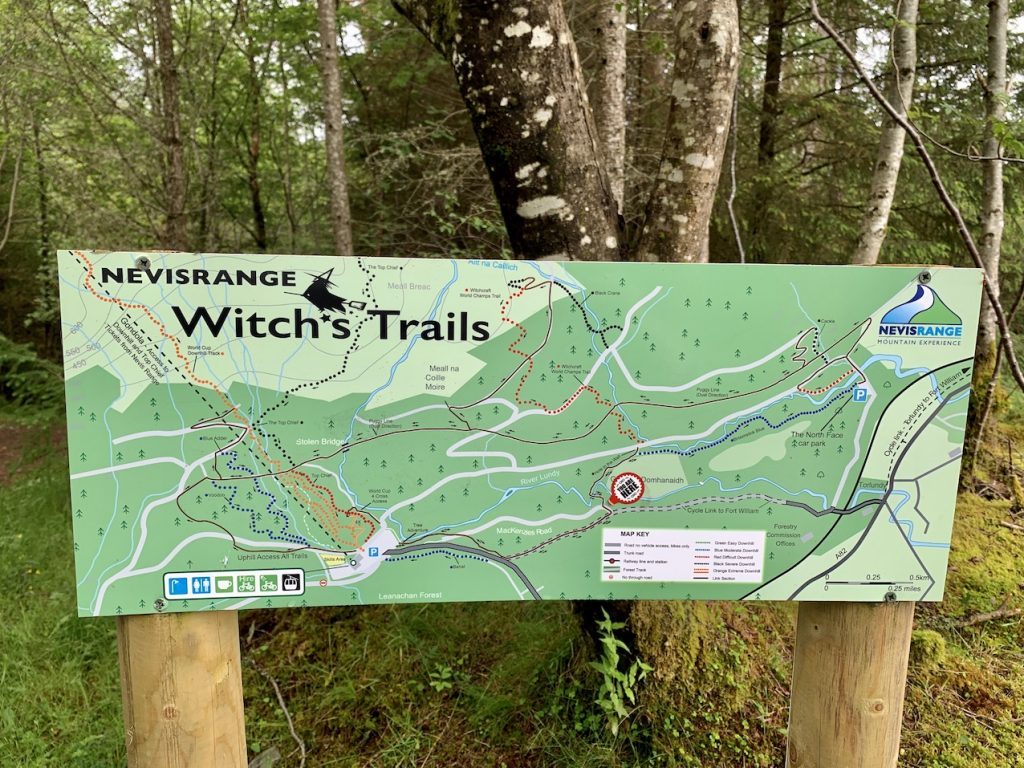 No matter which route you decide to take on, you’ll start your journey at the Nevis Range Car Park. It’s just a 12-minute drive form the centre of Fort William. The great thing about the trails is that there’s a route for pretty much every level of hiker and biker. For example, Broomstick Blue is a gentle, low-level path. The Witch’s World Champs (red) meanwhile is over eight kilometres and features dizzying ascents and drops. 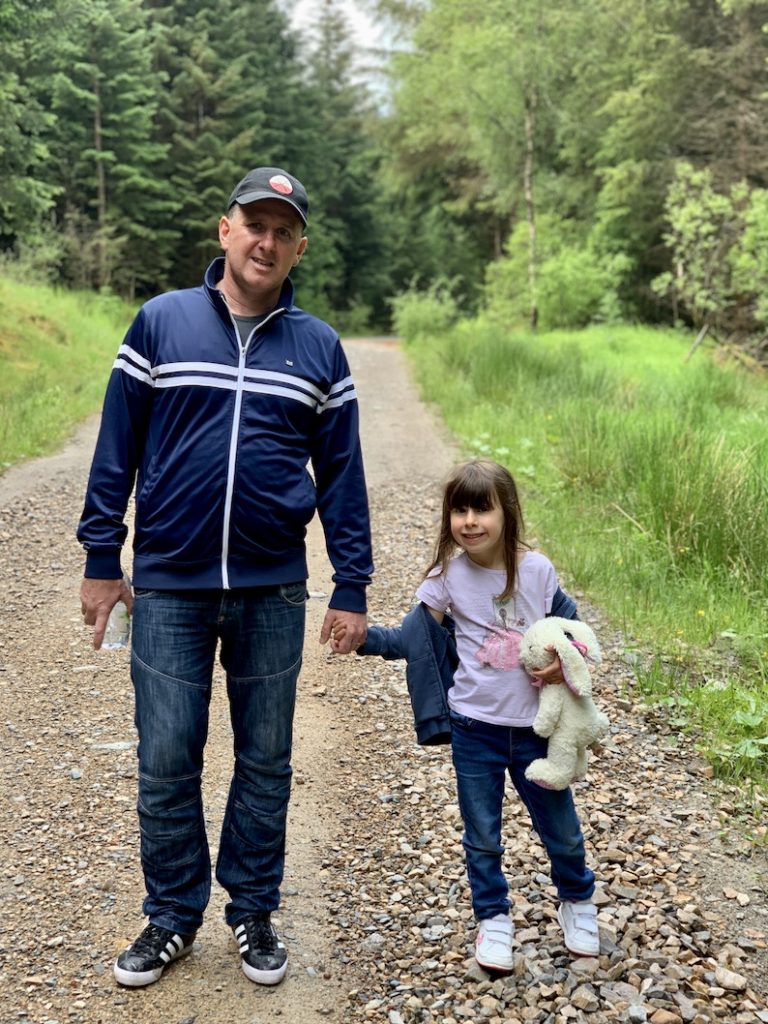 My six year old niece Alice joined us that day. Hence we opted to keep things nice and simple. From the car park we jumped onto the red route and followed it for a bit before cutting onto a path that loops back to the car park. 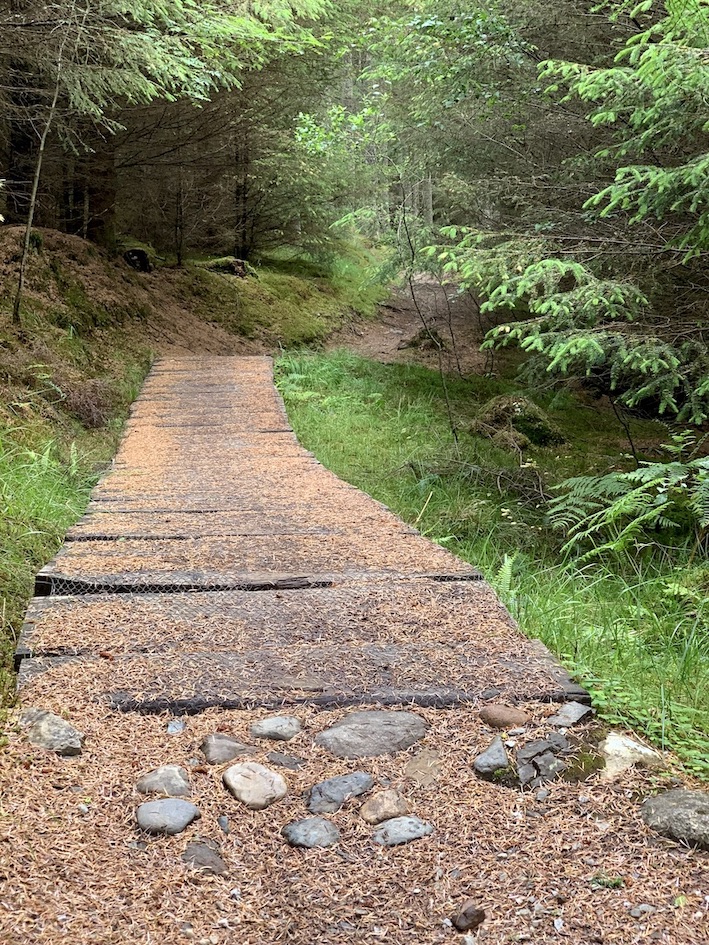 The hike was just an hour, but there’s some gorgeous scenery along the way through a peaceful and fragrant stretch of Leanachan Forest. 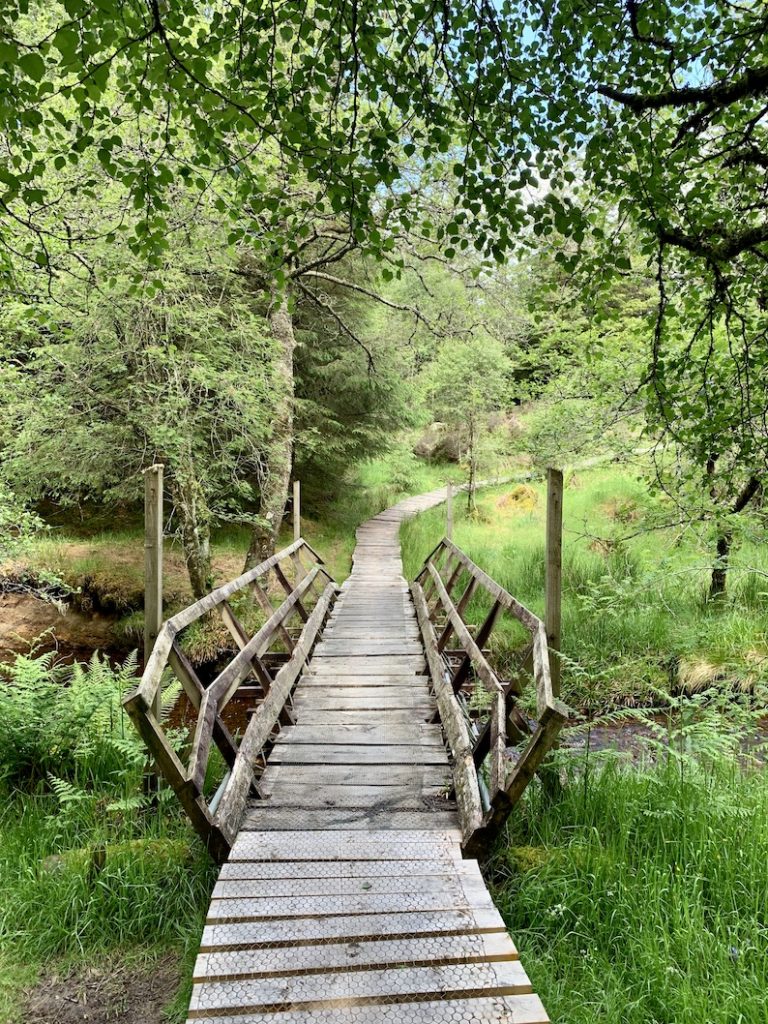 The name Witch’s Trails comes from an old legend involving The Witch of Leanachan. As the story goes, the witch fled to the forest in the mid 1800s after cursing a local doctor, William Kennedy. Apparently, two separate groups of locals attempted to find and burn the witch, but no trace of her could be found. 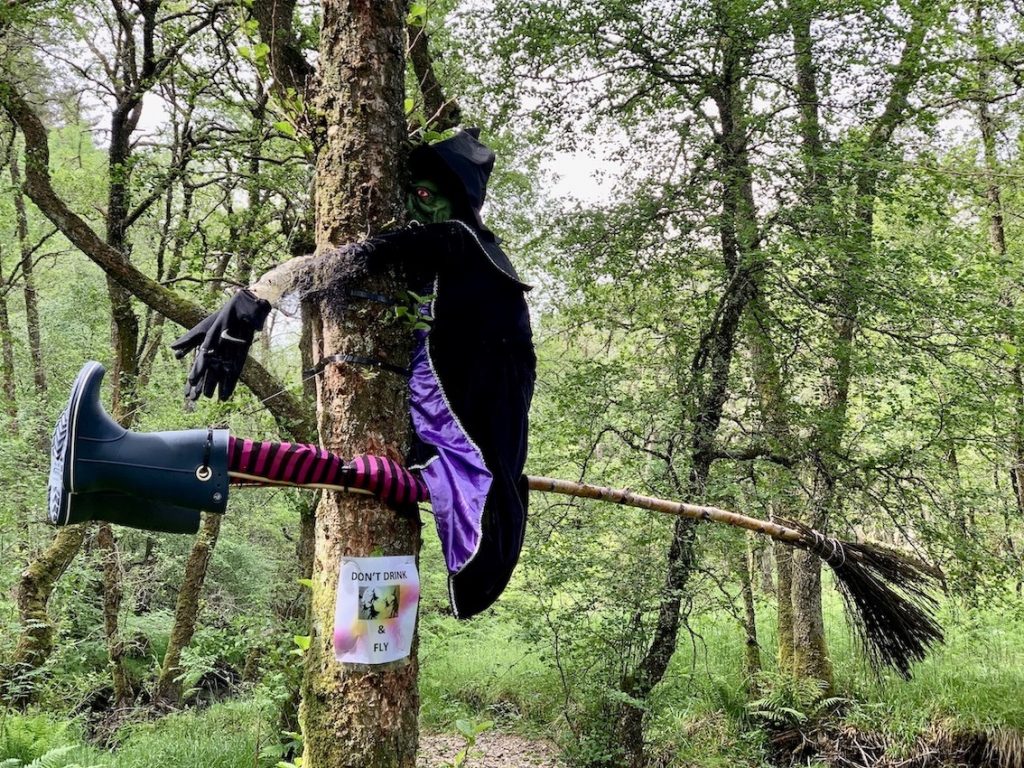 Don’t drink and fly! The Witch of Leanachan.

They can’t have looked very hard, because Thomas, Alice and I found the witch during our walk. The moral of the story? Never ever drink and fly. 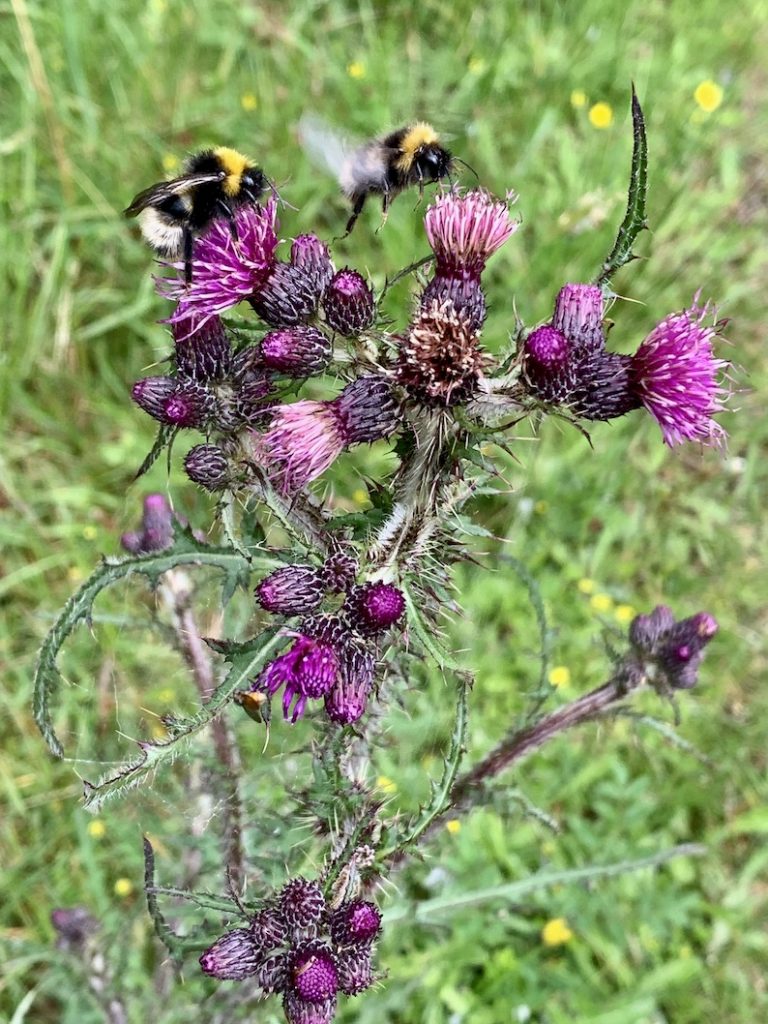 I would certainly have expected the trail to be busier during the summer months. But we virtually had the place to ourselves, save for the occasional bike whizzing past and some bumblebees. 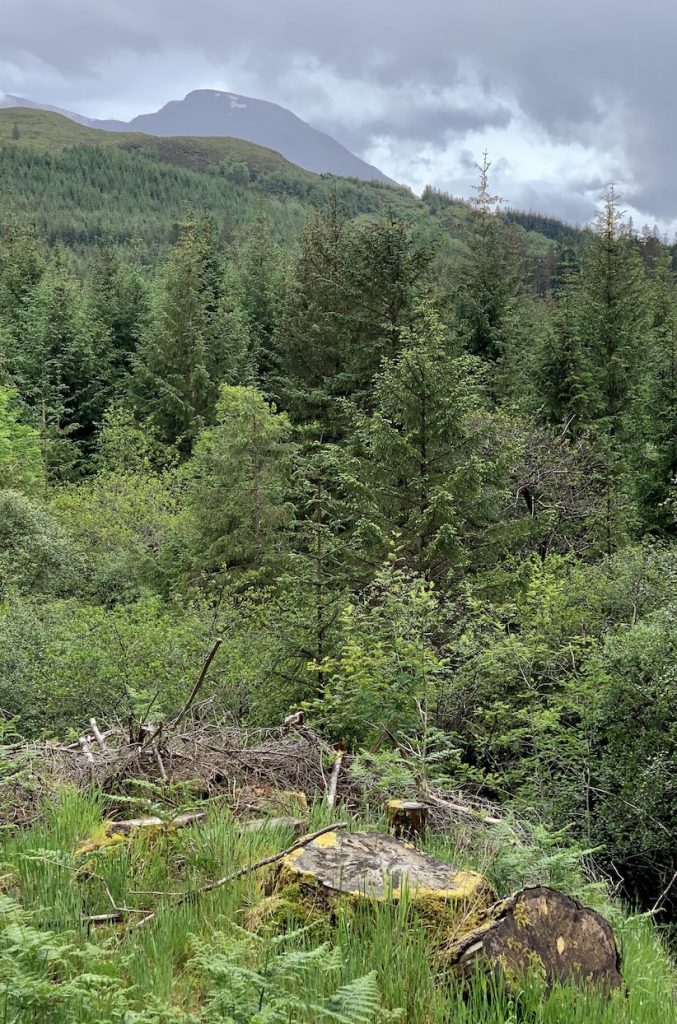 Every so often there’s a clearing in the trees, allowing for moody views of Ben Nevis. For those wanting a fast route up to the famous mountain, gondola rides leave from the Nevis Range Car Park. 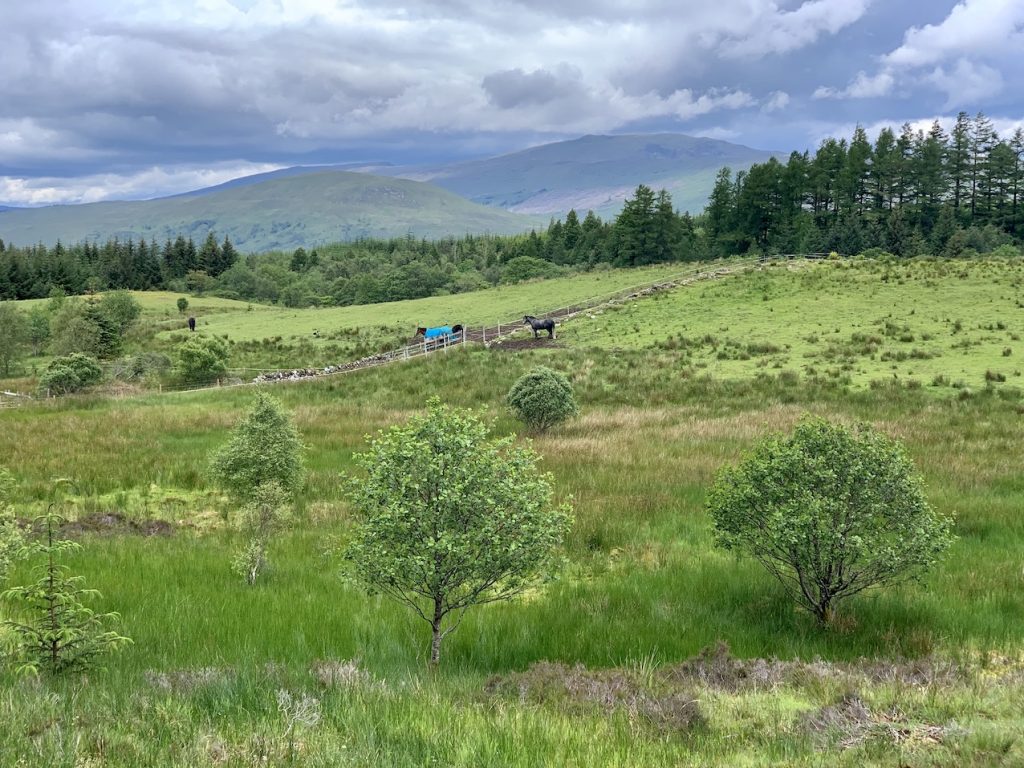 Views over the local farmland from The Witch’s Trails.

Moreover, there were lovely farmland views on the path that looped back to our car. We saw sheep, horses and a diligent black and white sheepdog watching over proceedings. 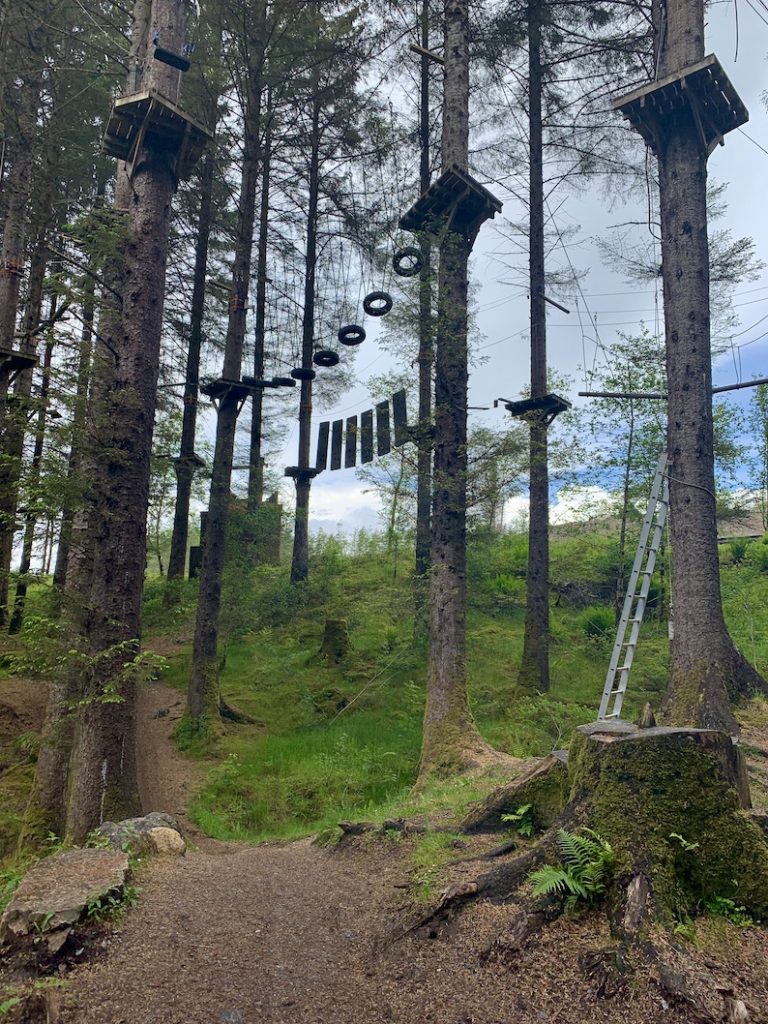 Another attraction is Nevis Range Tree Adventure, on the edge of the forest by the car park. Aimed mostly at kids and teens, this very cool aerial obstacle course features ladders, swings, bridges and zip wires. A funky finish to a short but invigorating afternoon walk! 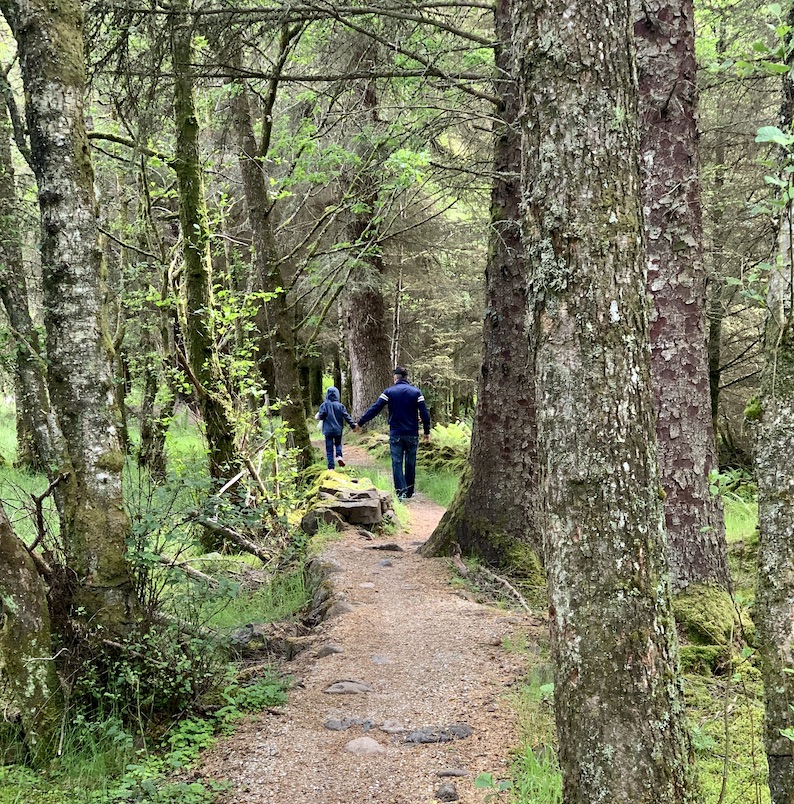