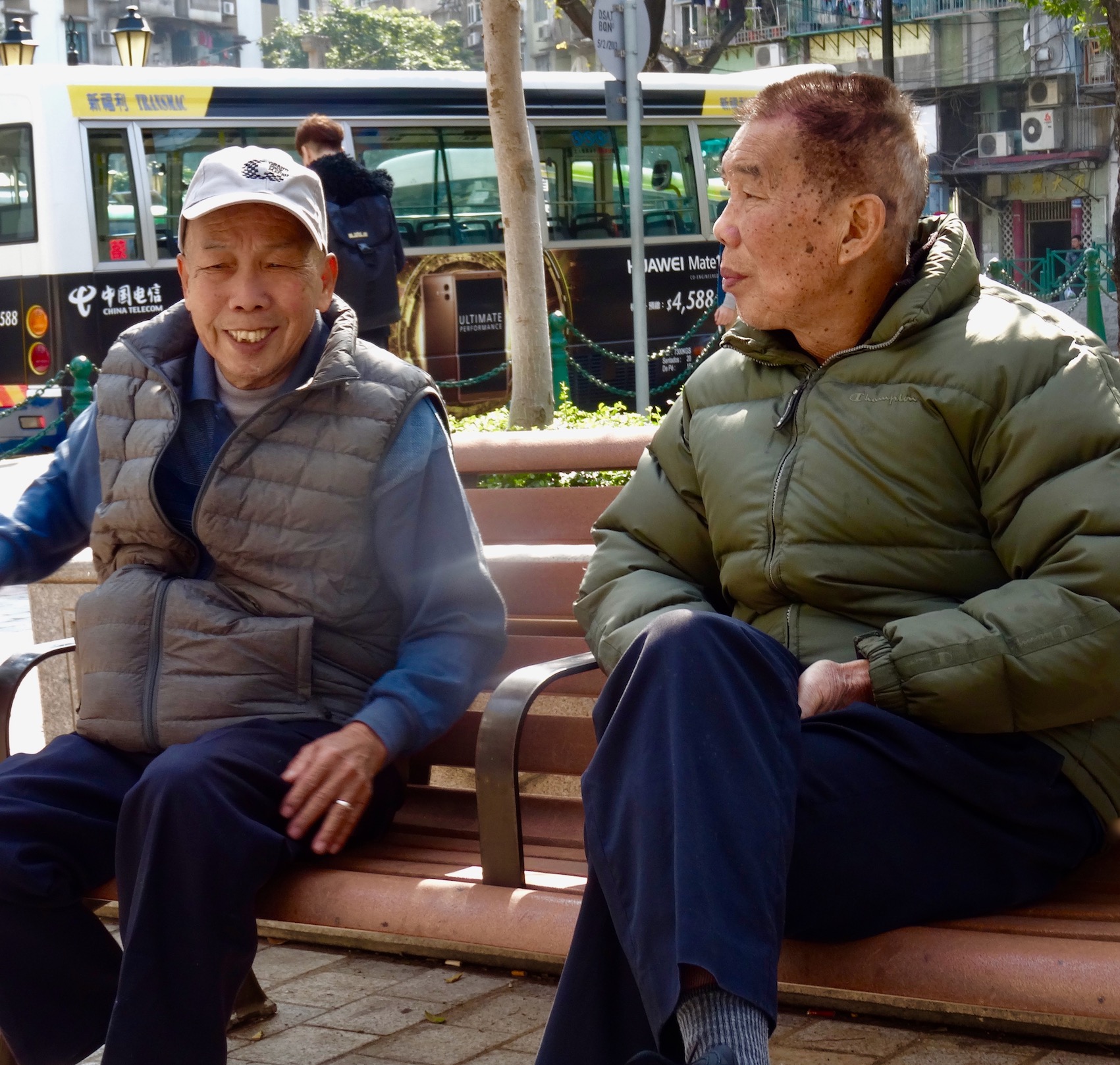 February 2018. Camoes Garden is Macau Peninsula’s oldest and largest park. You can find it in the Santo António neighbourhood next to Luis de Camoes Square. 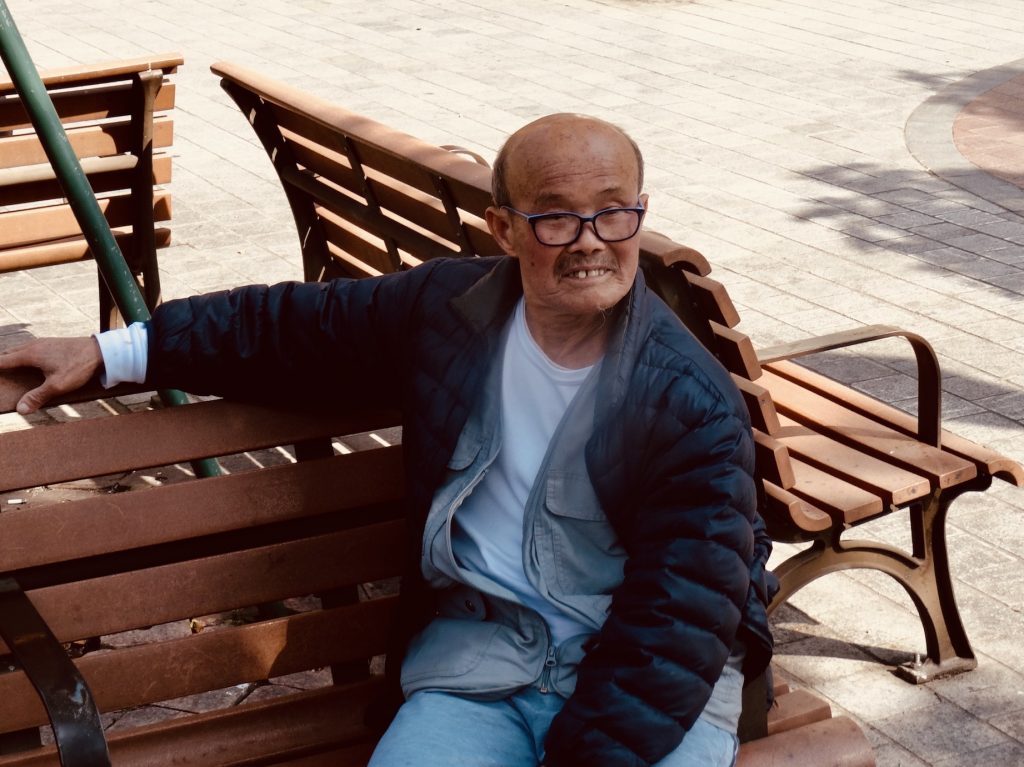 Before entering the park, grab a bench and observe the local seniors who come here to play chess, sleep, chat and engage in the time honored Chinese tradition of sittin’ doin’ nothin’. 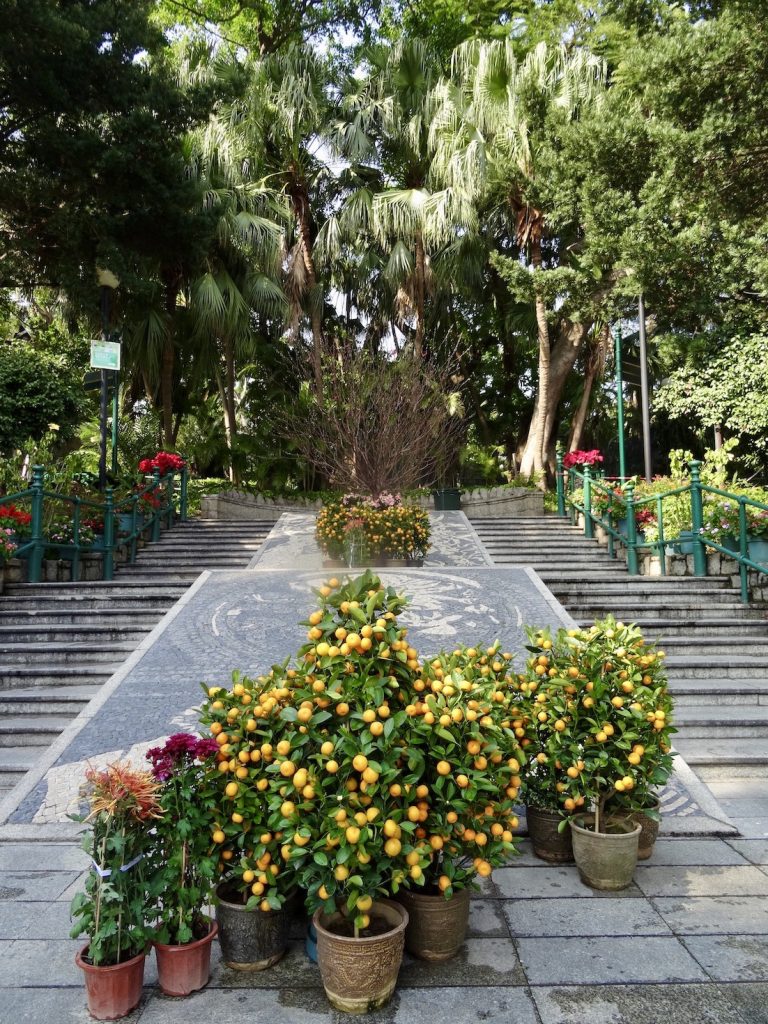 With twenty thousand square meters of wooded garden on offer, it won’t be long before you’ve left the crowds behind and can start to unwind. 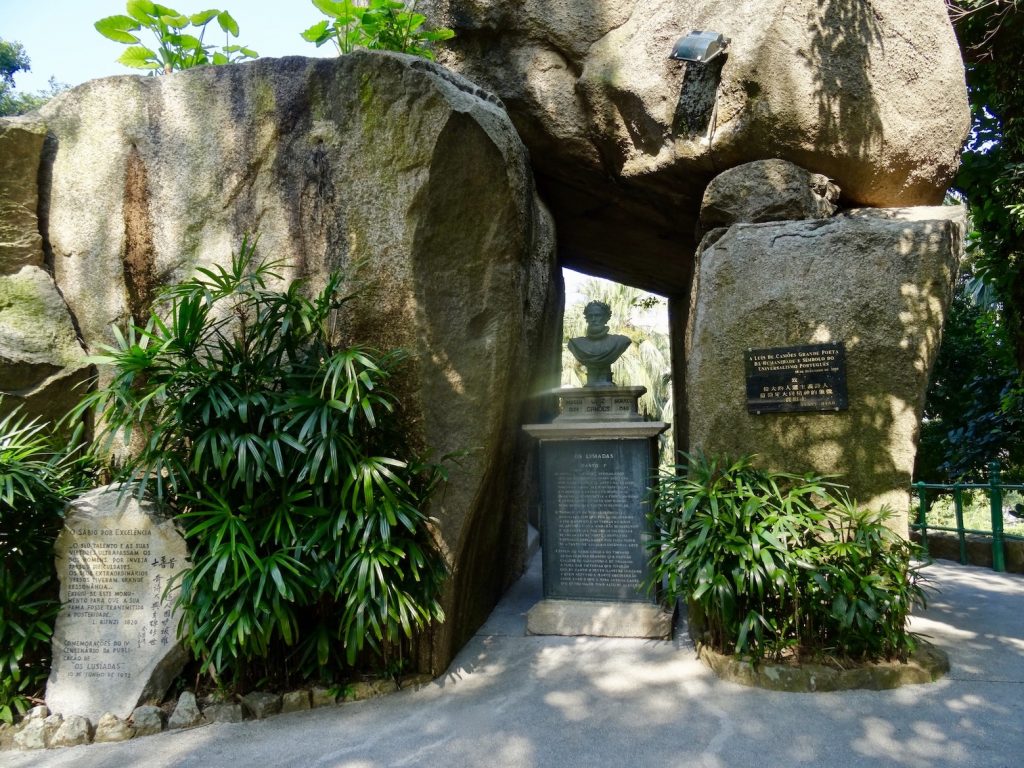 There are some magnificent trees and plants to discover, along with several gazebos and a pretty waterfall. Furthermore, don’t miss the little grotto dedicated to the Portuguese poet Luis de Camoes. He actually lived right here in the park during the mid 1500s. In fact, legend has it he wrote his masterpiece Soul of Portugal here. June the 10th, the date of his death, is now celebrated in Macau as Portugal Day. 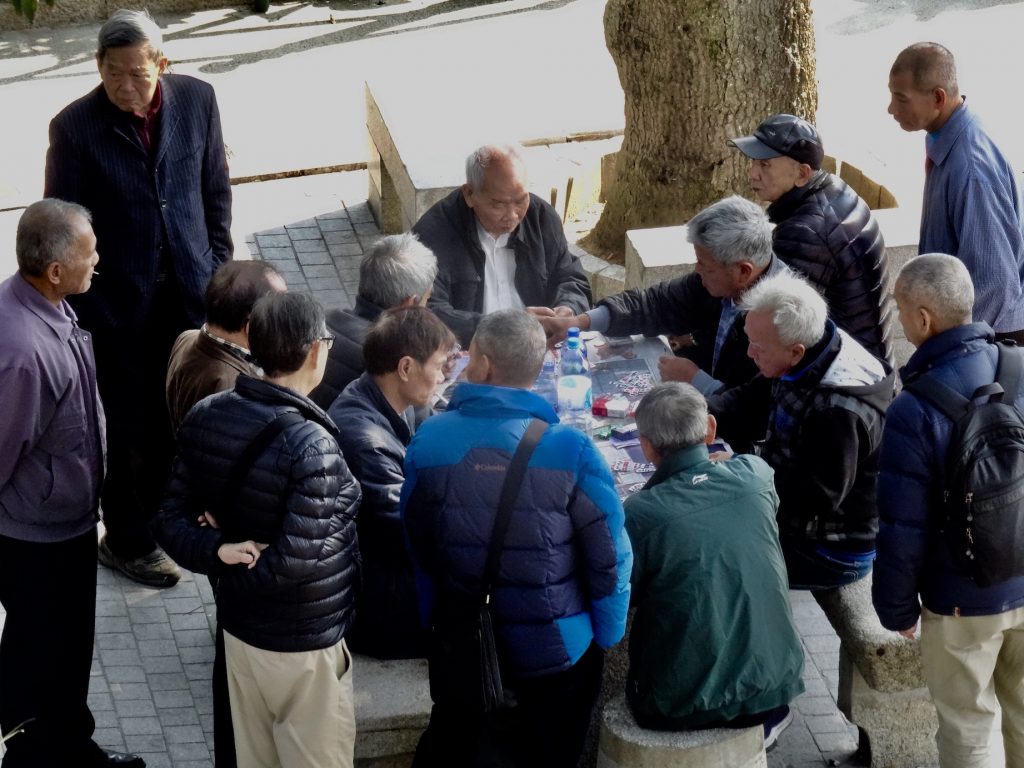 Keep your eyes open for old men walking around with caged birds. You’ll also stumble upon a few Mahjong tournaments like this one. Generally these old dudes don’t like to be photographed. However, if you’re looking down on them from a distance, chances are they won’t notice. 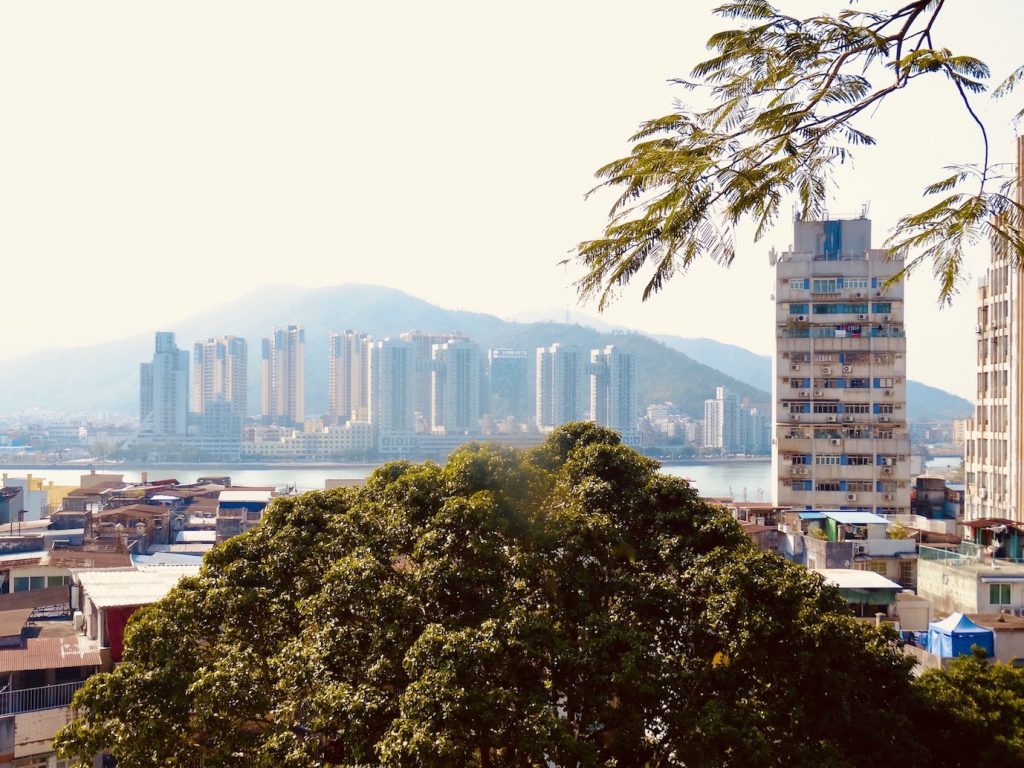 The park’s highest point features a gazebo with decent views out over the inner harbour. It’s a wonderful spot to come and listen to some music or read a book. Or simply take in the chattering of those birds fortunate enough not to be living in an old man’s cage. Camoes park is open daily from 06:30-23:30. 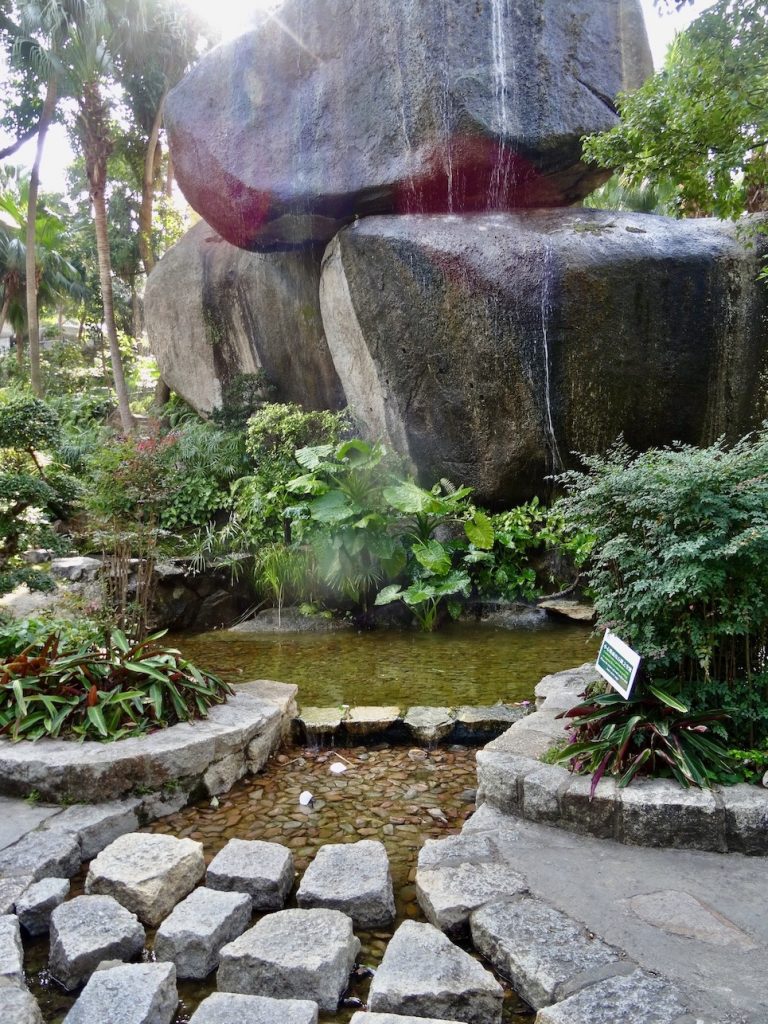