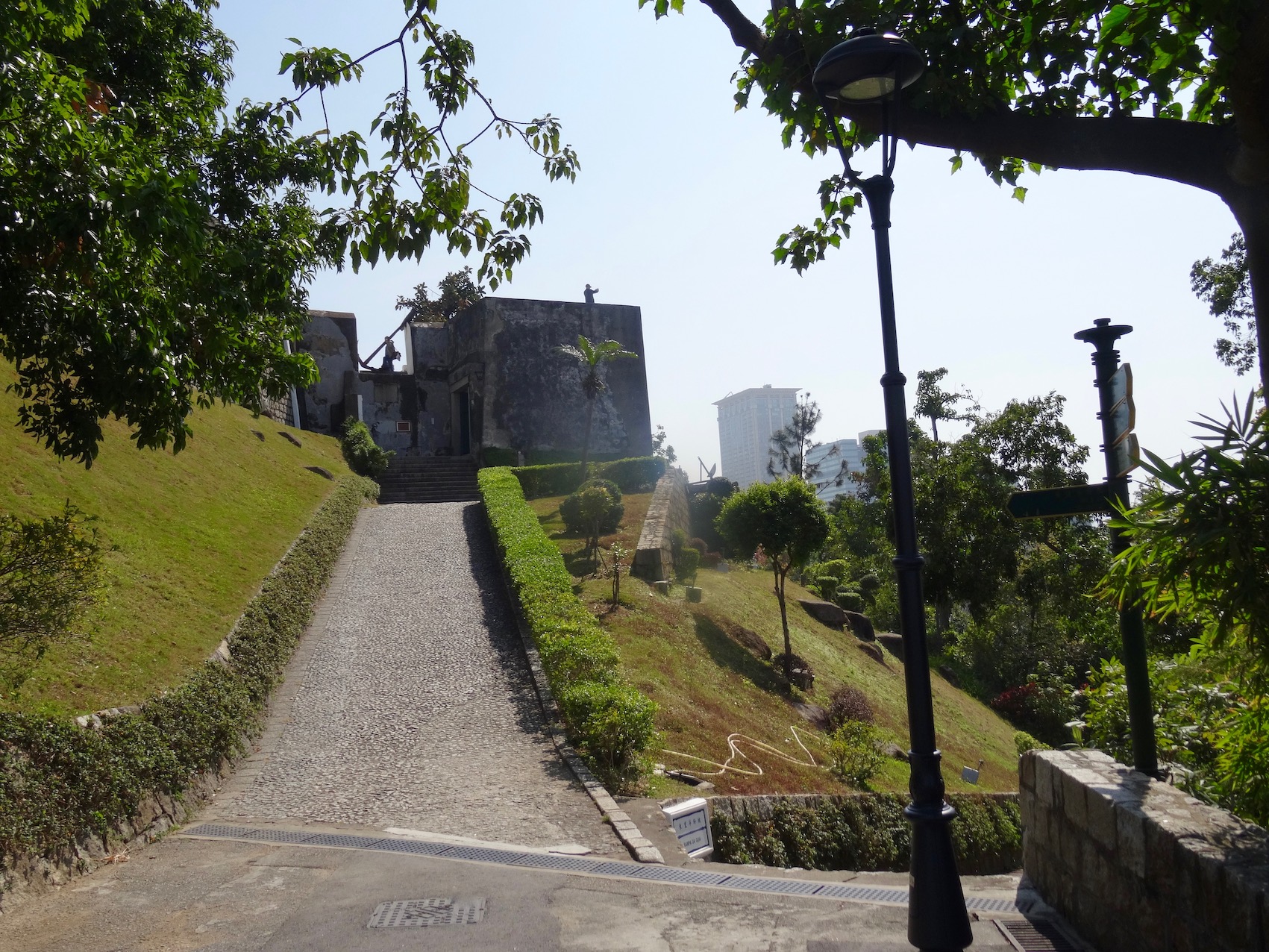 February 2018. While a visit to Monte Fort is a must for anyone touring Macau, you’ll almost certainly be more charmed by the comparatively peaceful experience of Guia Hill Fortress. Located in the peninsula’s central east region, a winding, undemanding stone path takes you from street level up to the top in under fifteen minutes. 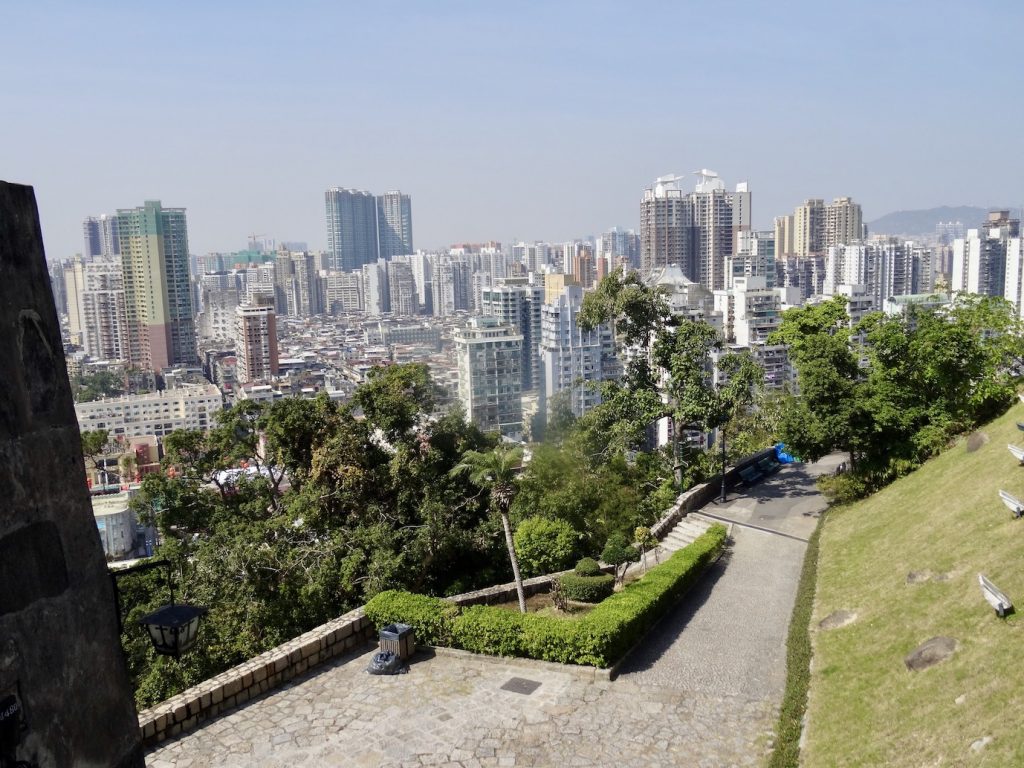 Guia Hill’s main draw is its seventeenth century colonial military fortress. Built between 1622 and 1638, it was only partly constructed when the Portuguese successfully fought off The Dutch in the fierce Battle Of Macau. 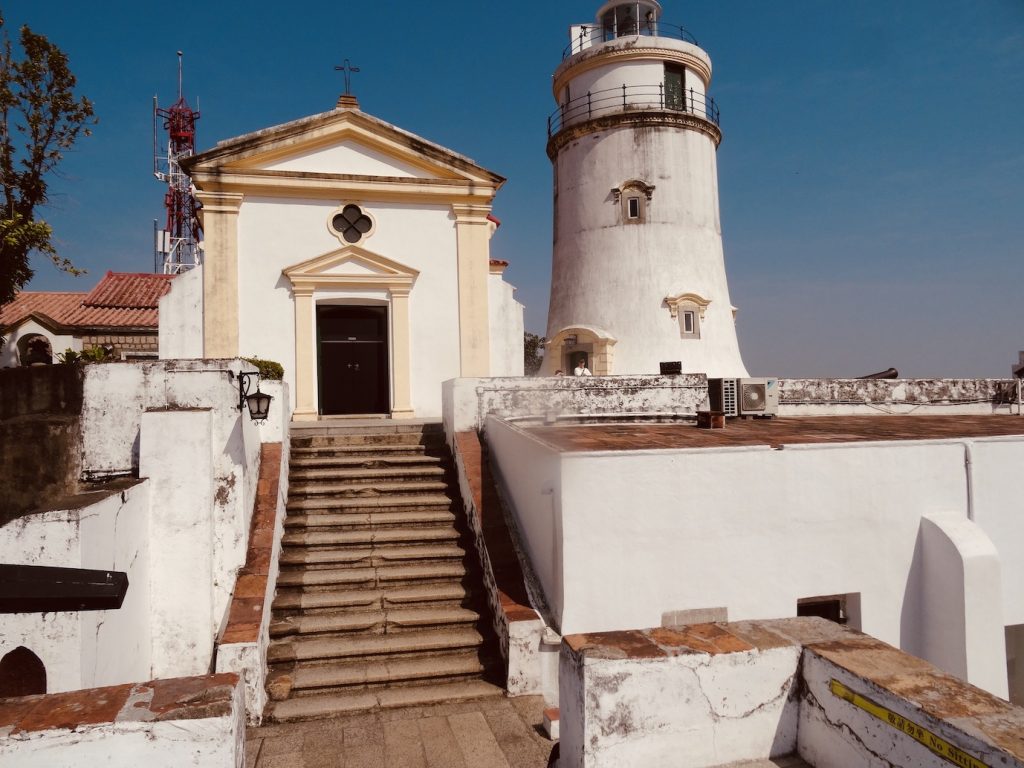 The lighthouse and church on Guia Hill.

Up at the top you’ll find a chapel and a lighthouse. A group of nuns built the tiny fortress chapel. In 1998 a team of historians uncovered several frescoes in the chapel during routine conservation work. The frescoes represented both western and Chinese themes. 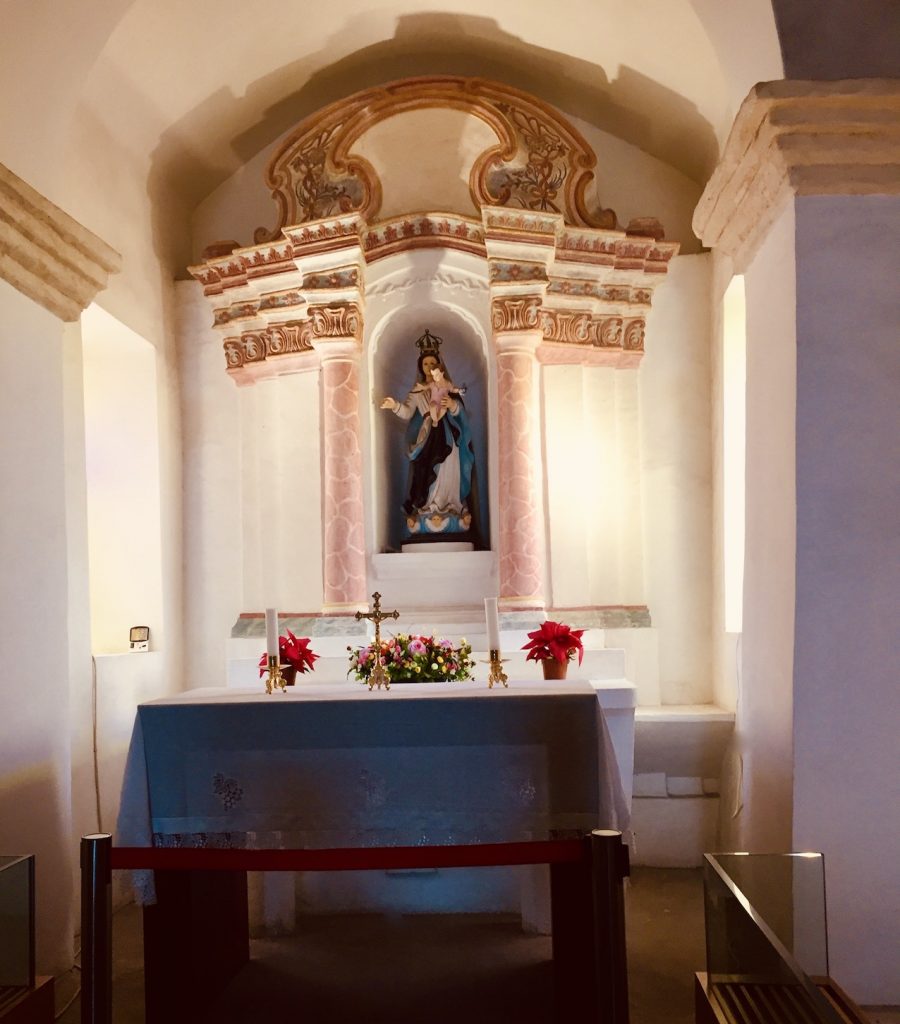 The chapel at Guia Hill Fortress.

Sadly you can’t enter the lighthouse. Apparently it was the first western style lighthouse in East Asia! Guia Hill Fortress is the highest point of the Macau Peninsula and indeed the city views are significantly better than those at Monte Fort. In one direction it’s all skyscraping hotels and casinos. 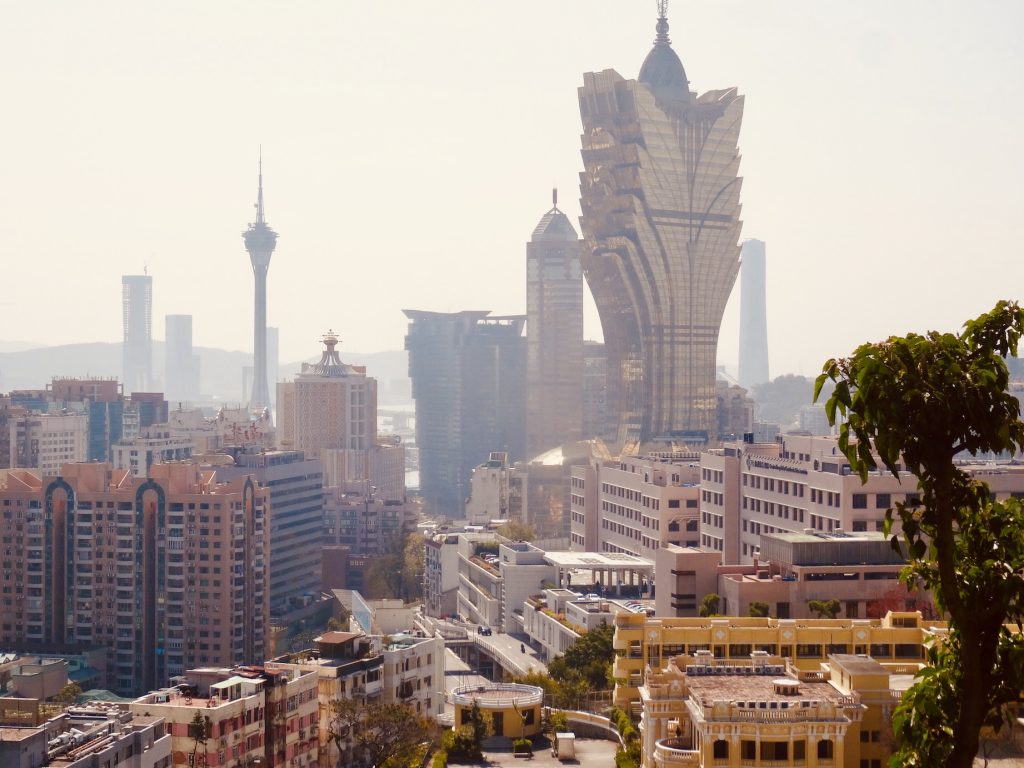 The Macau skyline from atop Guia Hill.

In the other nothing you’ll see little but the vast expanse of The South China Sea. With the odd TurboJet ferry scurrying to and fro. 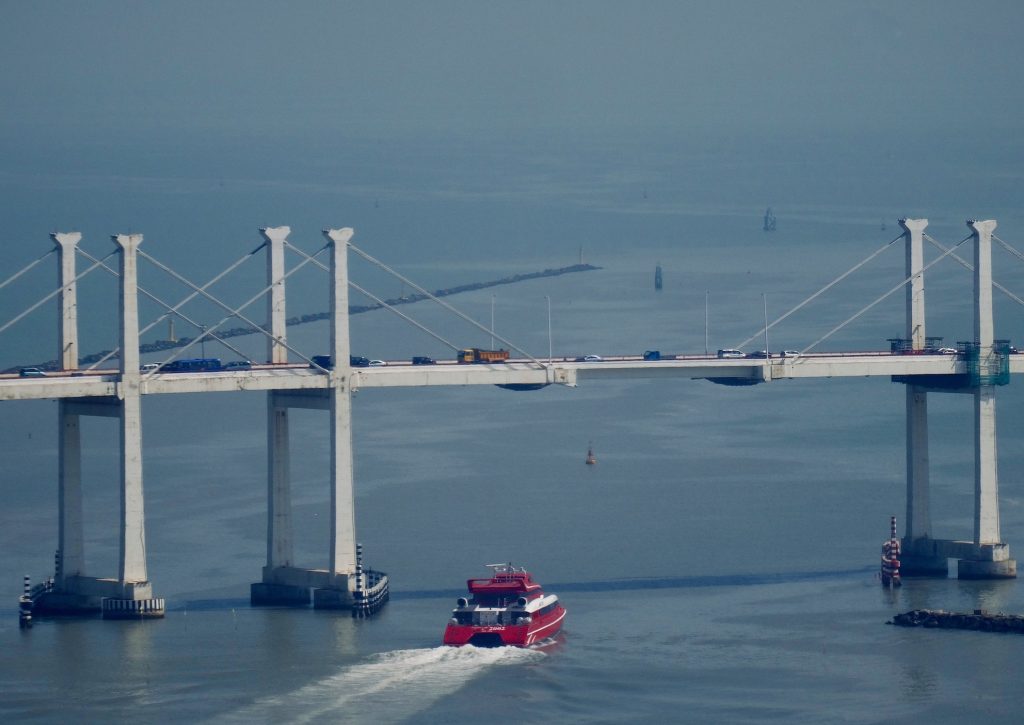 Views across the South China Sea from Guia Hill Fortress.

Furthermore, don’t miss Guia Hill’s cool network of military tunnels. They were designed as emergency air raid shelters. Both sections (A & B) are pretty short, but there are plenty of interesting photographs to stop and look at detailing the fort’s history. 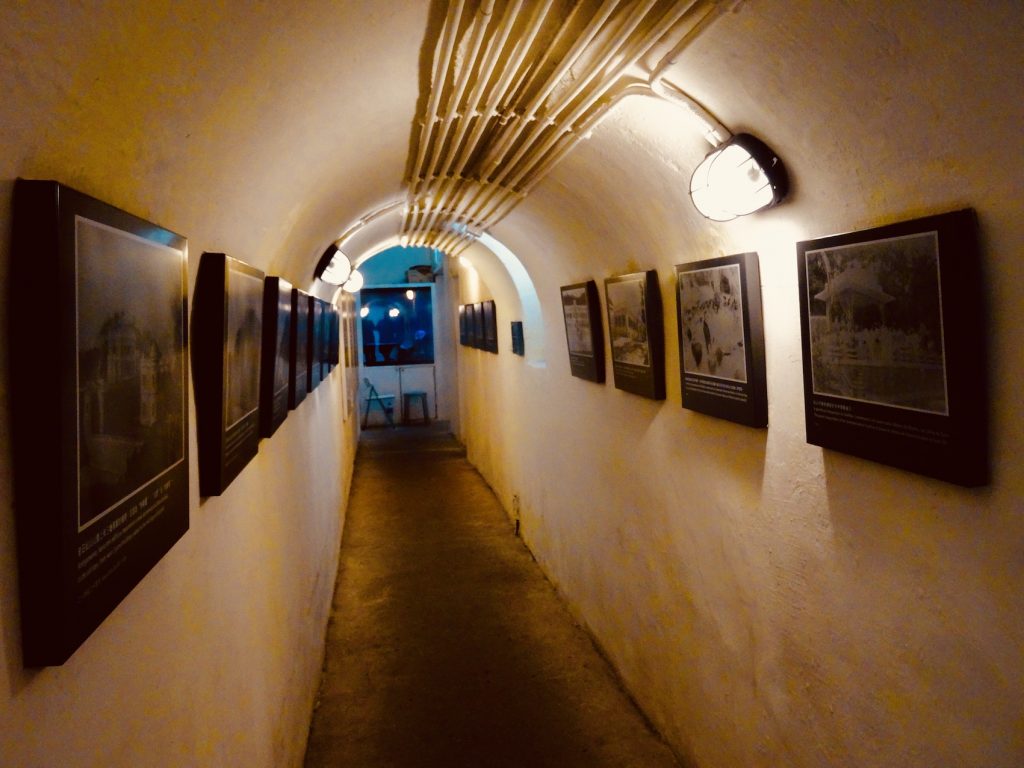 Why not take the cable car back down! It’s super cheap (just a couple of Macau/Hong Kong Dollars) and it gets you right back into the heart of the old town in about five minutes. 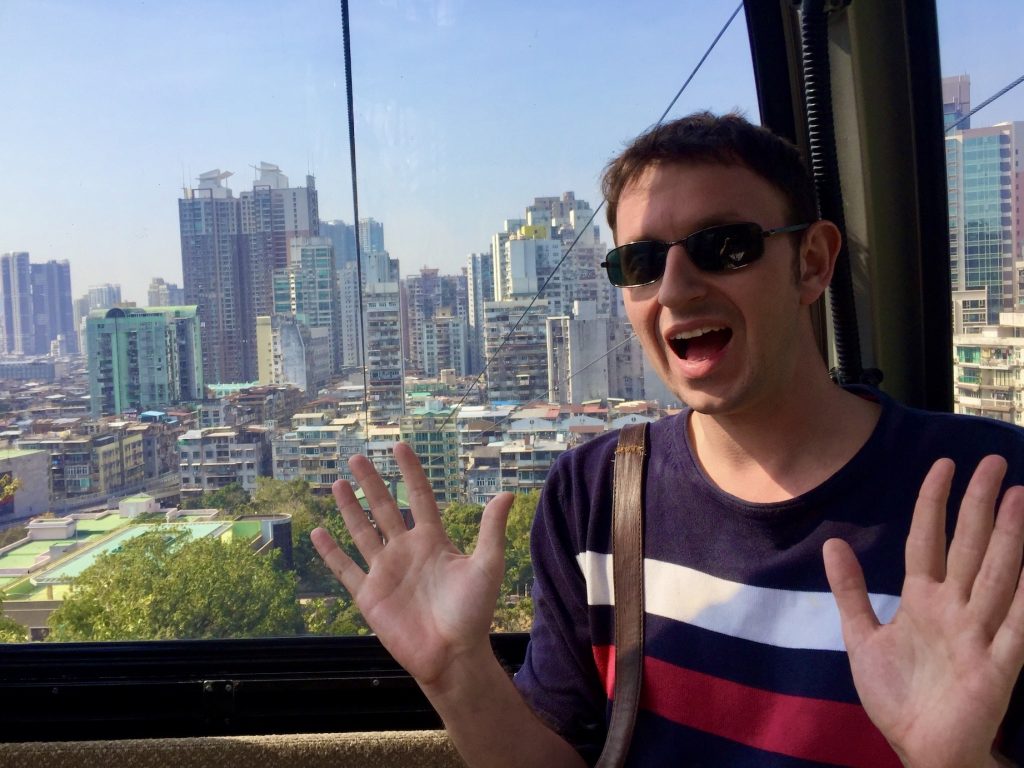 Taking the cable car down from Guia Hill.

Like most of Macau’s best sights, Guia Hill is free to enter and is open daily from 09:00-18:00. The cable cars are usually out of service on Mondays.

Like these? Then why not leaf through my many other reportss from across China.