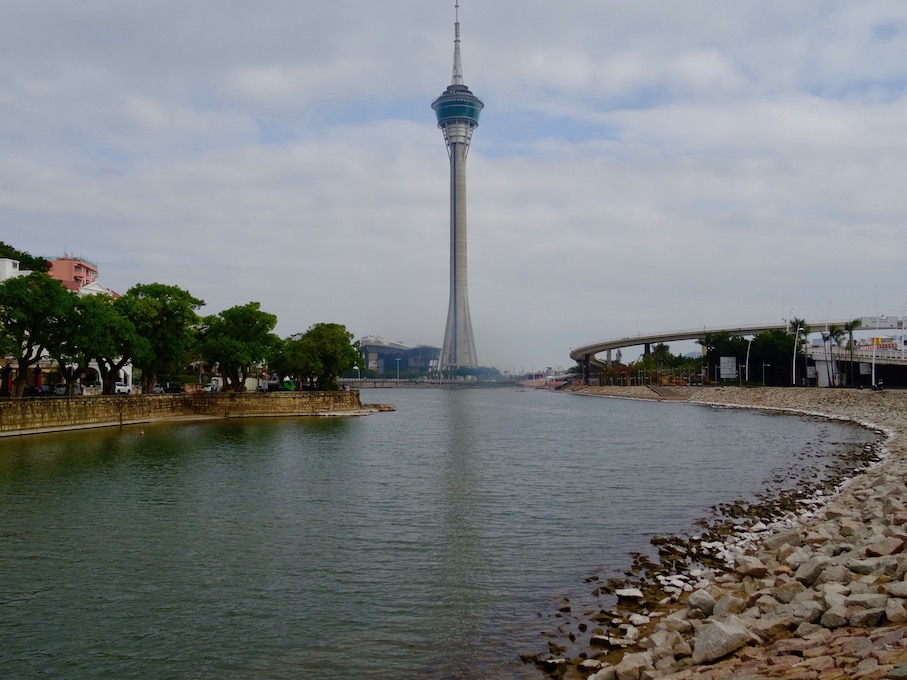 February 2018. For unparalleled three hundred and sixty degree views across The Macau Peninsula, Taipa Island and Hong Kong, head over to Macau Tower. This cloud-piercing 338-meter needle opened in 2001 after a three year construction project from Moller Architects. 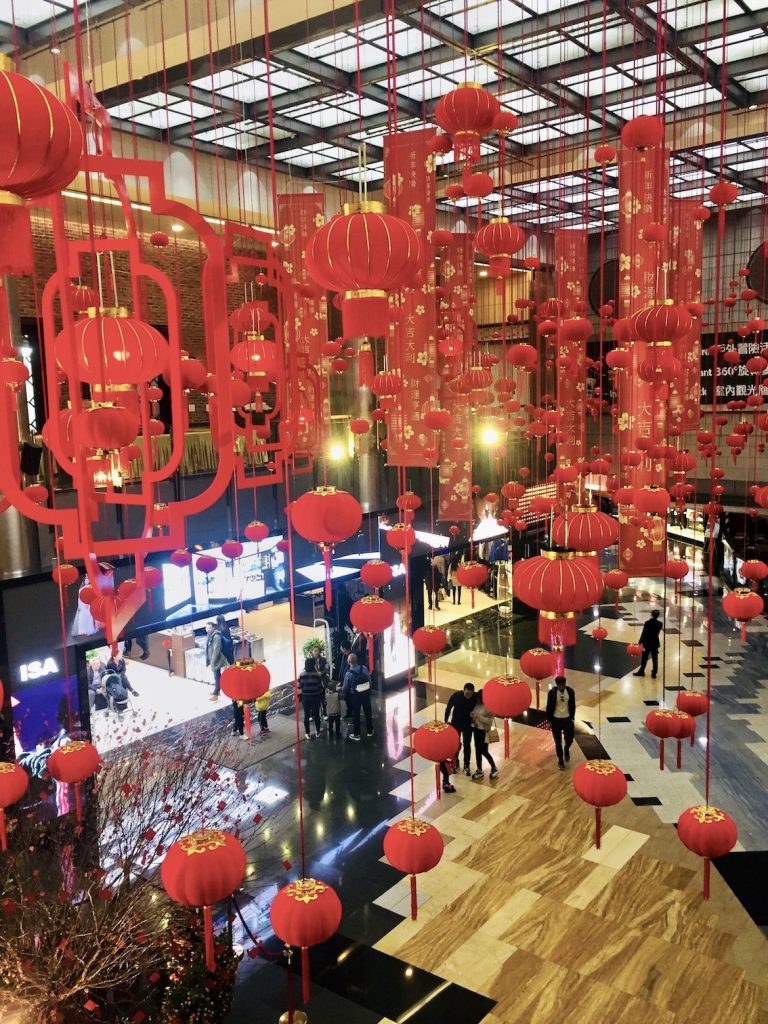 You can enter through the attached Convention & Entertainment Centre. Don’t get too excited though, because it’s little more than a shopping mall full of restaurants, cafes and fancy clothing stores. There’s also a chic French bakery with an amazing deli counter. 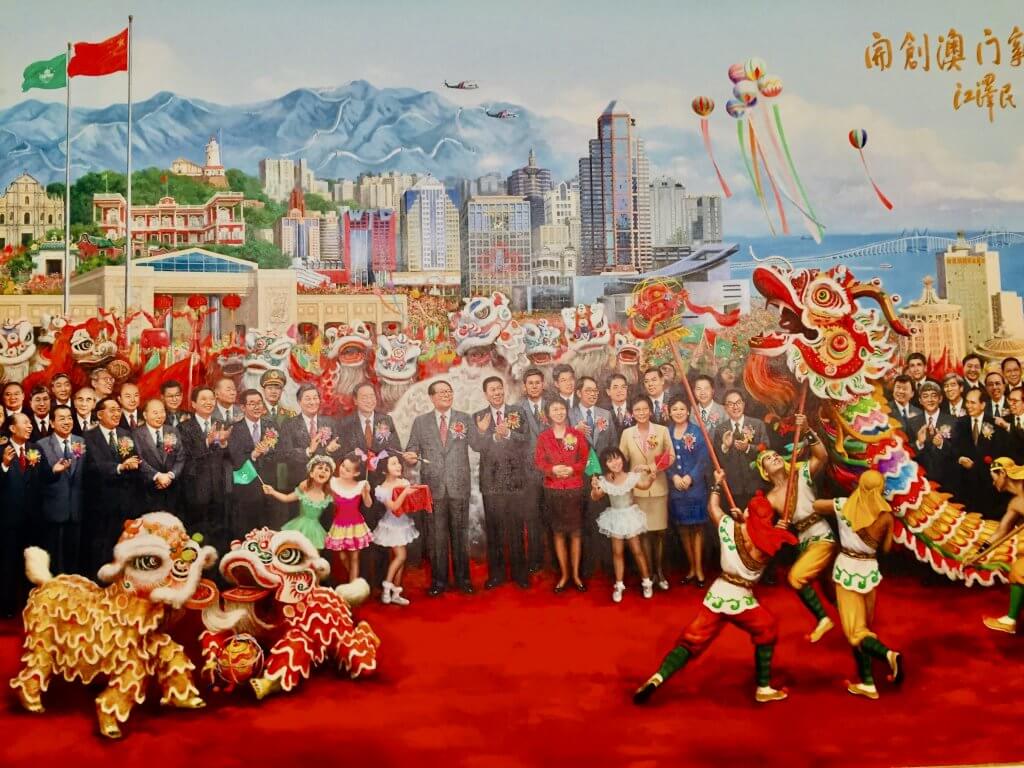 Furthermore, keep an eye open for this grand painting made to commemorate Macau’s handover back to China in 1999. 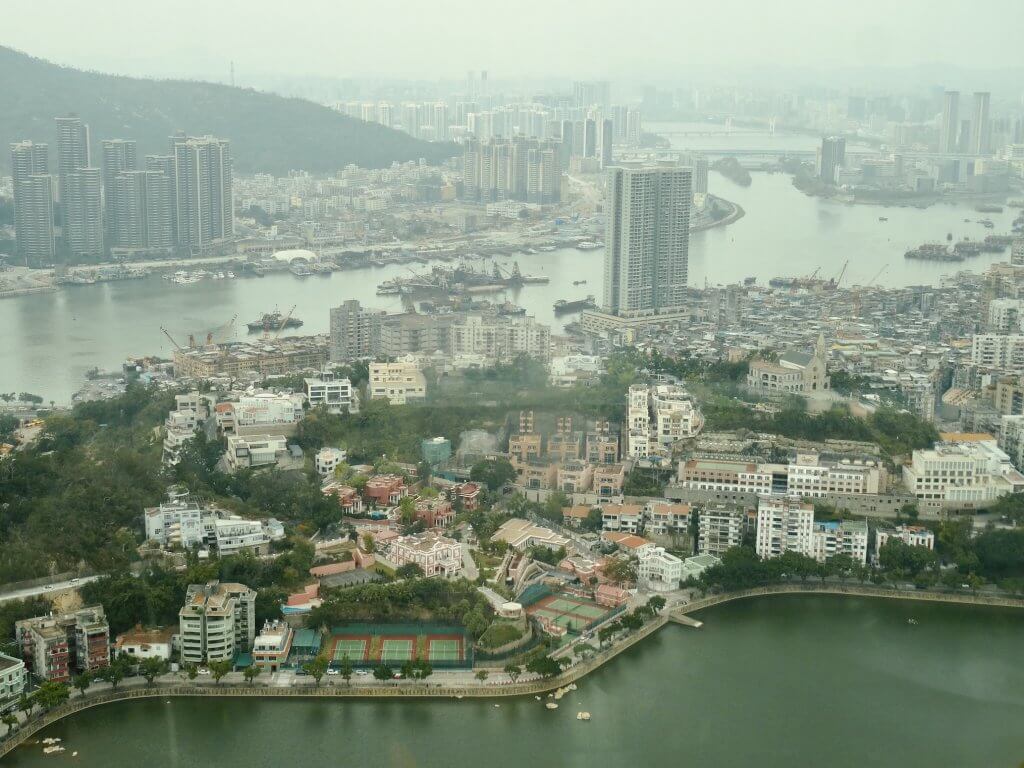 Wonderboy and I took the elevator up to the tower’s 58th floor observation deck. It took just sixty seconds, during which we couldn’t help but giggle at the ridiculous safety message. No kidding, it pretty much reads: “In case of fire, die in fire!” 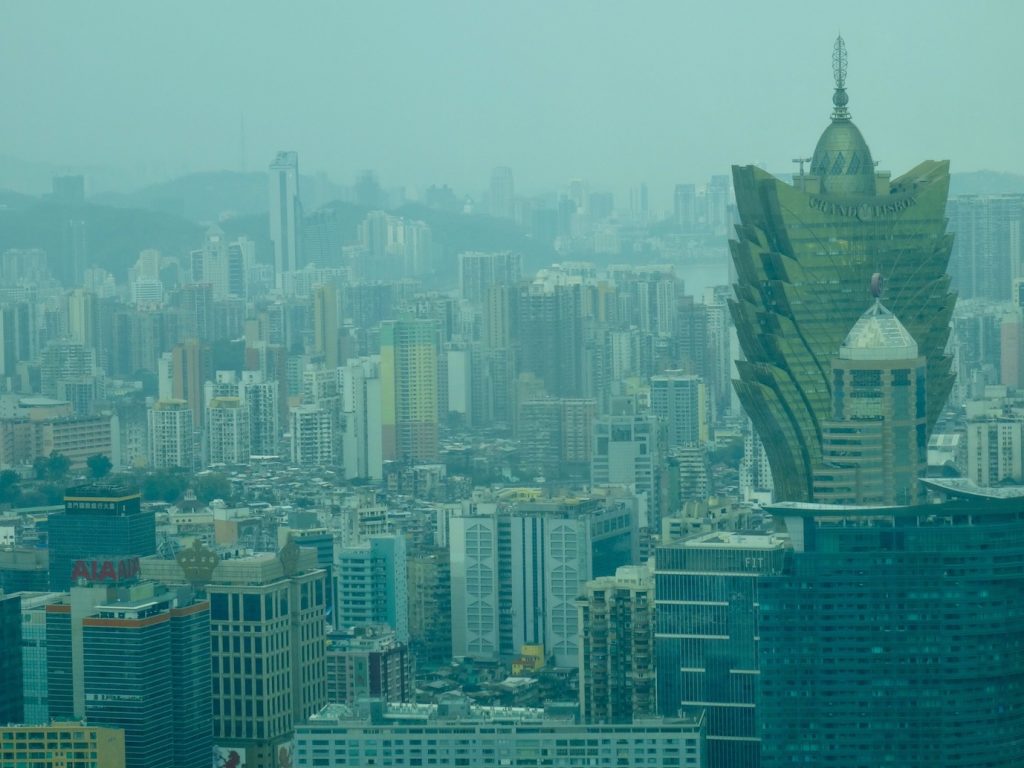 Happily there were no flames of any description as we strolled around the deck taking in the views through the tinted glass panels. 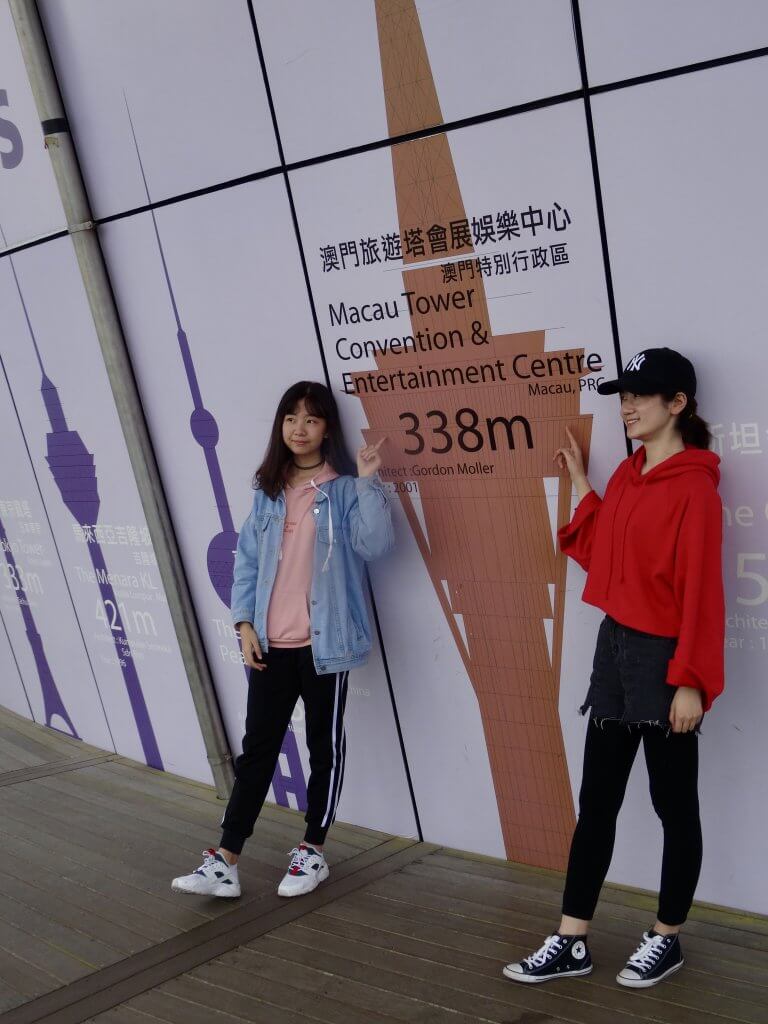 Macau Tower’s dizzying peak is up on the 61st floor adventure deck. The views here certainly go up an extra notch. Moreover, if you’re so inclined, you can bungee off the building. I was not so inclined. 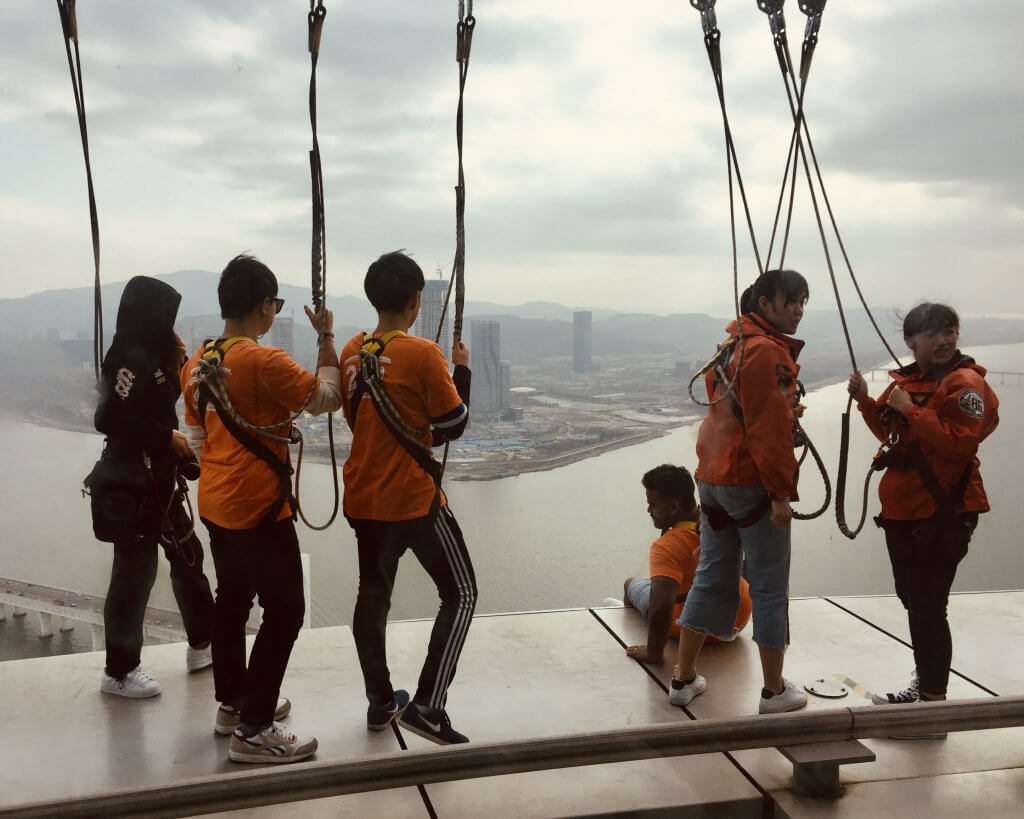 Should the bungee option sound less than enticing, there’s also the Skywalk. This lets you mooch around the deck’s outer ledge. Fear not though, you’ll be attached to the beams by a harness. In recent years the tower has popped up in TV shows like An Idiot Abroad and Jack Osbourne: Adrenaline Junkie. 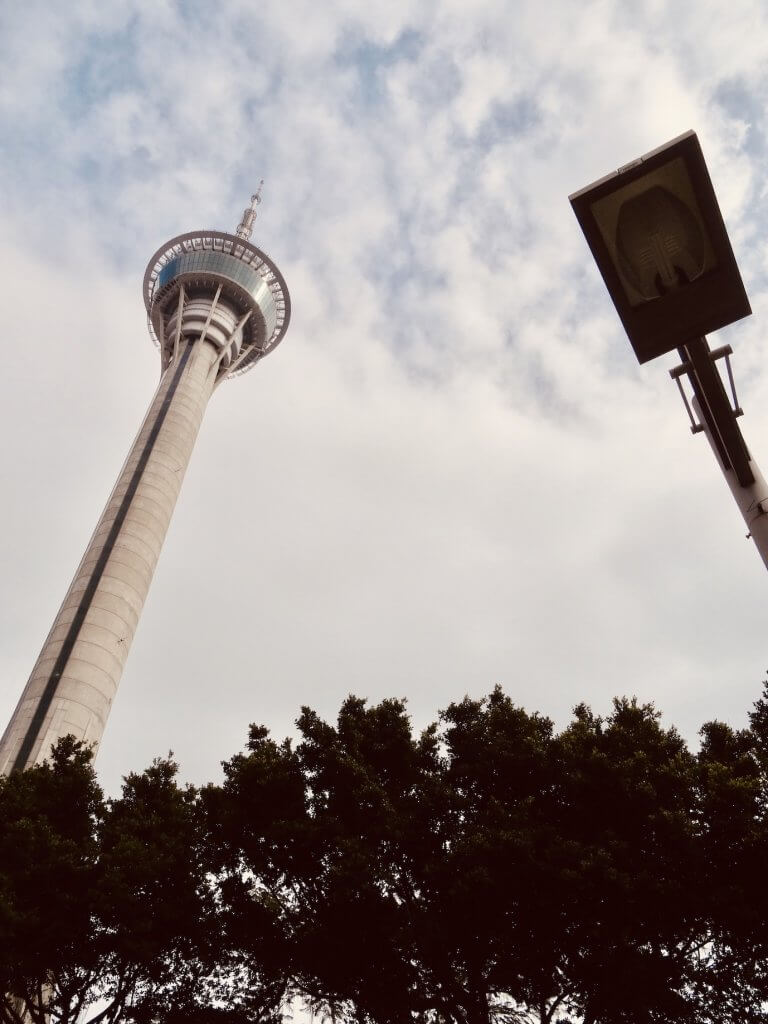