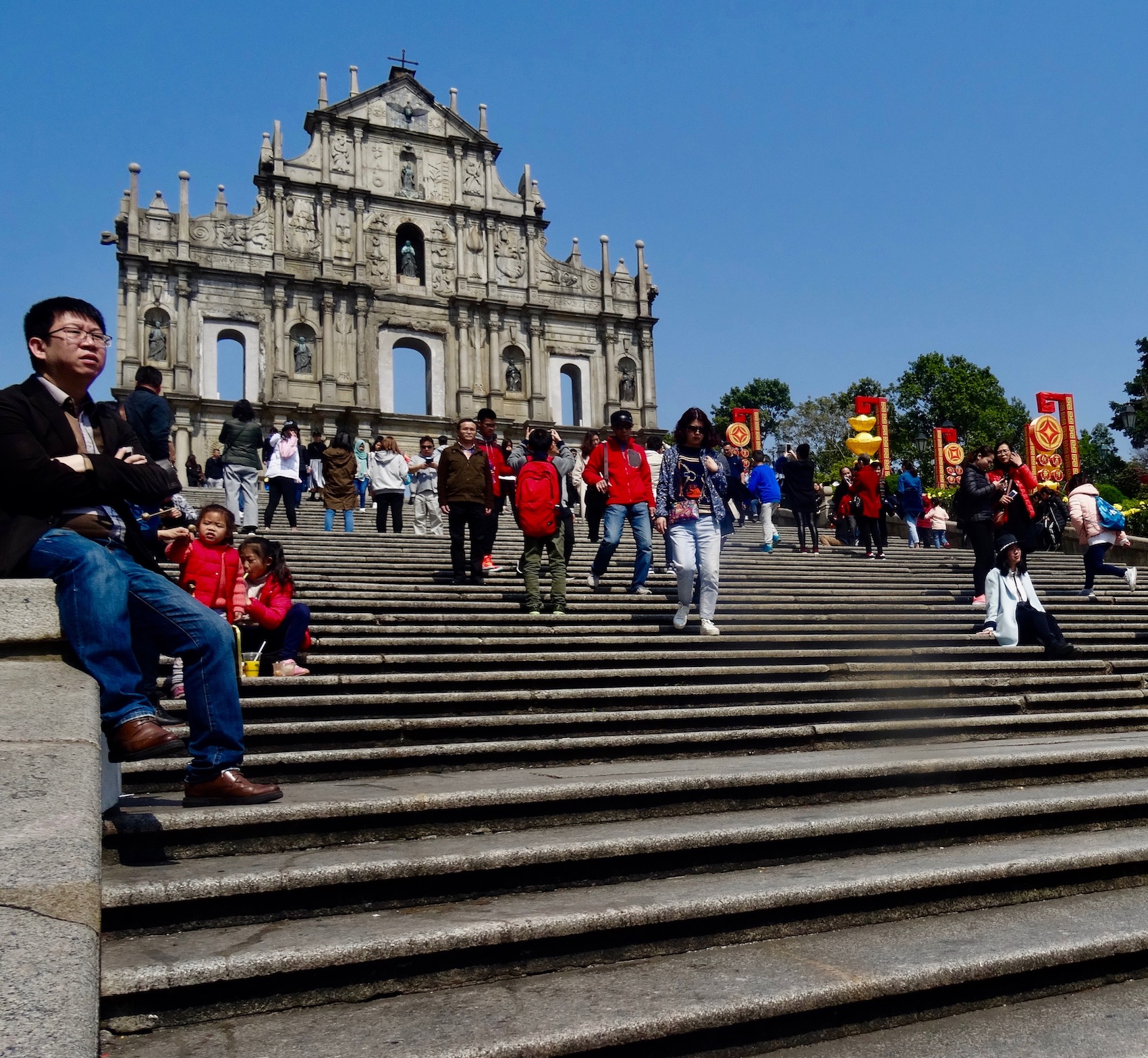 February 2018. It’s amazing how few of my Chinese friends and colleagues know about the rich history and architectural beauty of Macau Peninsula. “Six days in Macau is too long, there are only casinos!” What an almighty miscalculation! Start your explorations here in the old quarter with Saint Paul’s Ruins, the towering remains of a 17th century church. As Macau’s defining landmark, this spot is constantly busy with a steady stream of tourists. However, there’s no doubting the majesty of what was once the greatest monument to Christianity in Asia. 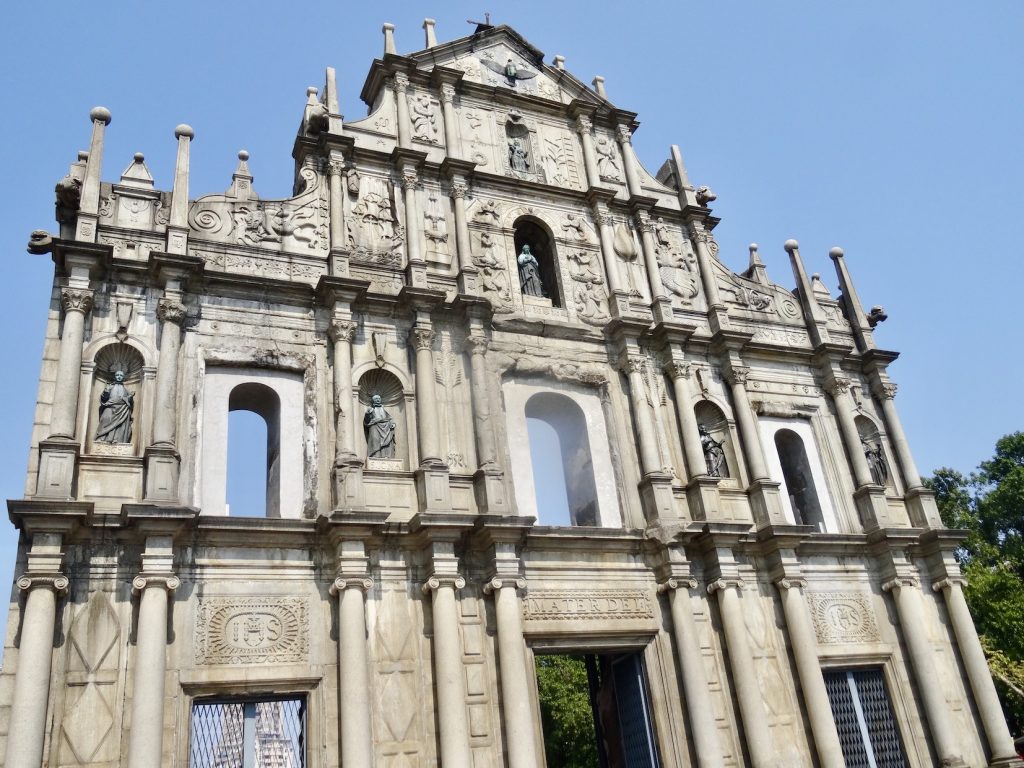 The Jesuits built St. Paul’s Church here between 1602 and 1640. Moreover, the site included another church, Saint Paul The Apostle, along with a small college. Unfortunately, all that remains of the complex is this giant granite facade and the 68 stone steps leading up to it. Lock your eyes into its many details and you’ll spot an infant Jesus and The Tree of Life. There’s also a seven-headed serpent and an angel-flanked Mary being assumed into heaven. 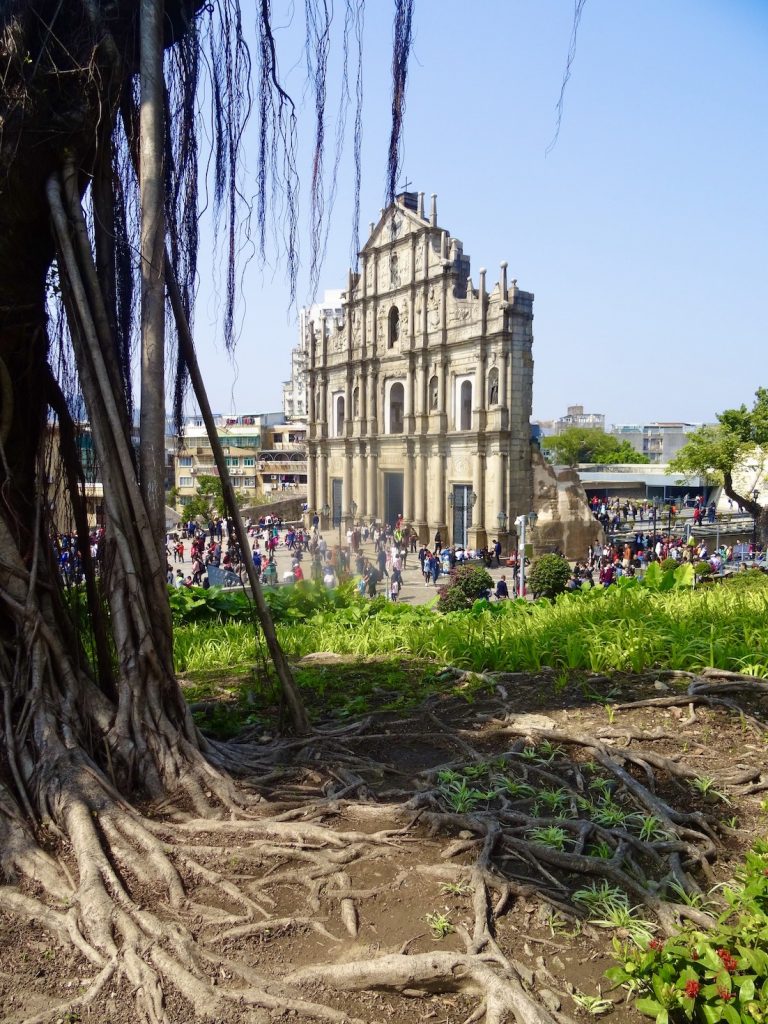 For a dramatic not to mention quieter perspective of Saint Paul’s Ruins, there are some fantastic angles  from the various elevated points on Monte Fort. The four hundred year old UNESCO World Heritage fort is literally next door. 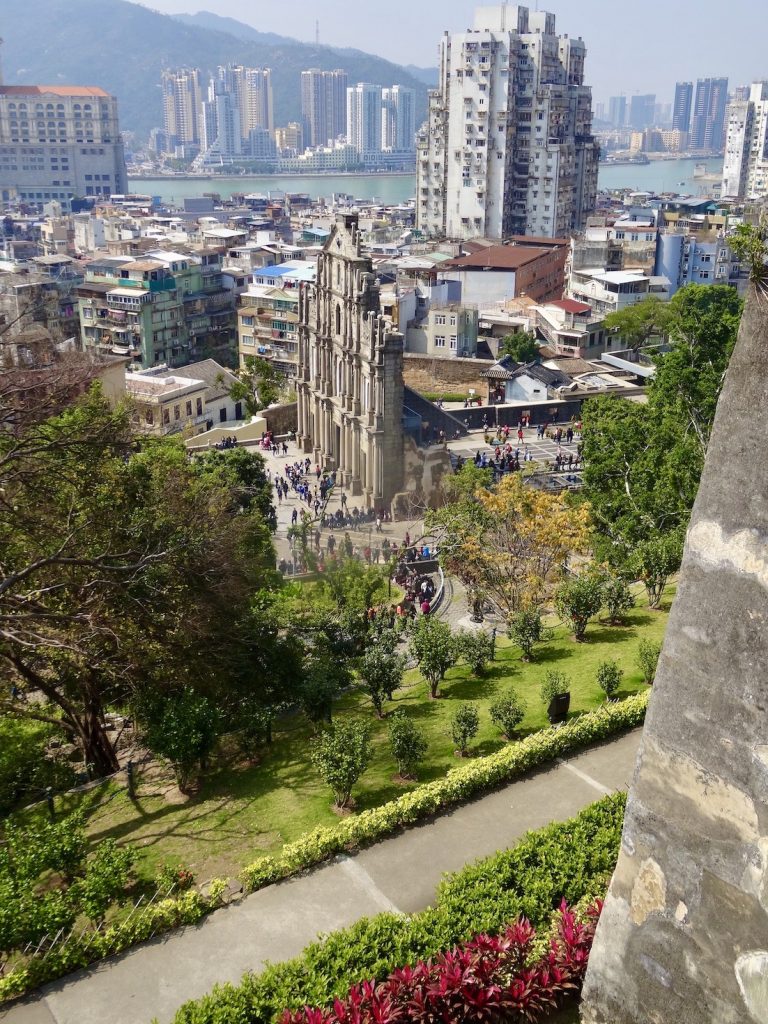 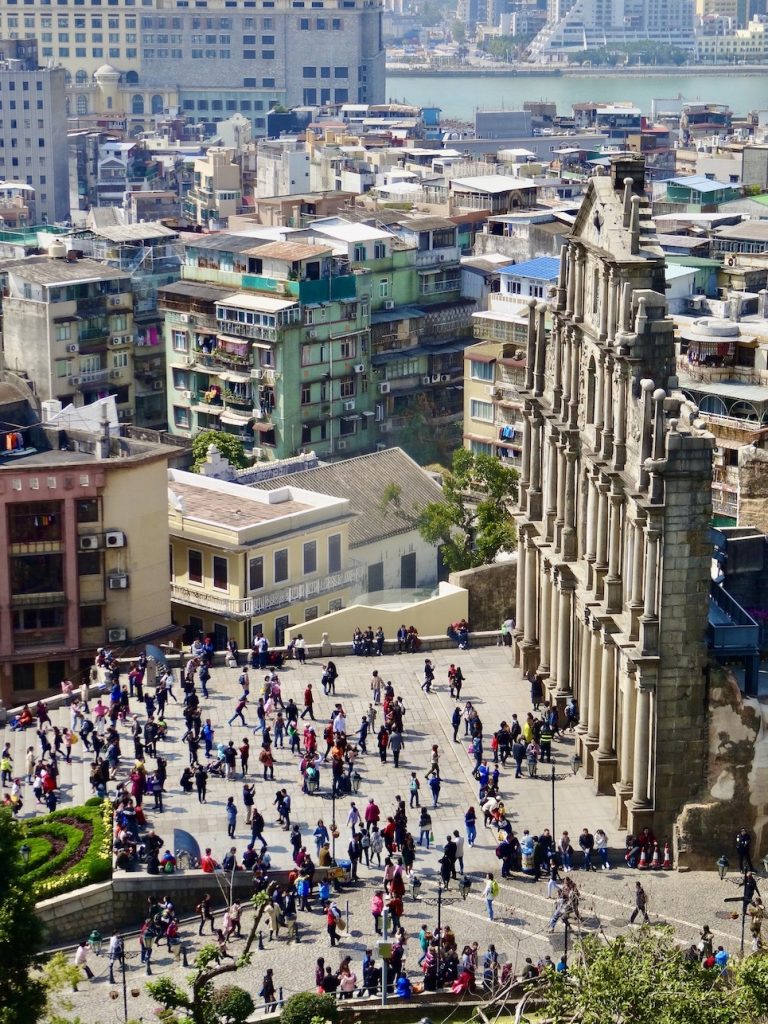 There’s a small museum at the back of the ruins with a display of religious sculptures, statues and paintings. It’s open daily and free to enter. For a deeper look into St. Pauls’ history, have a read from its World Heritage page. 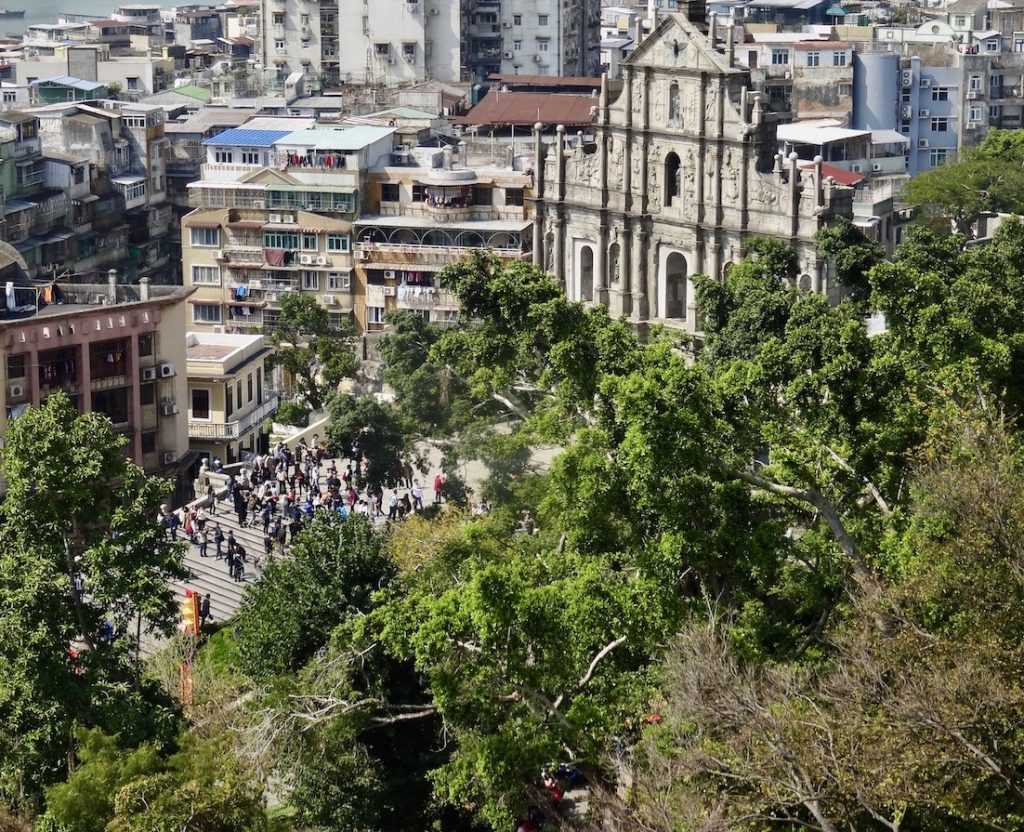