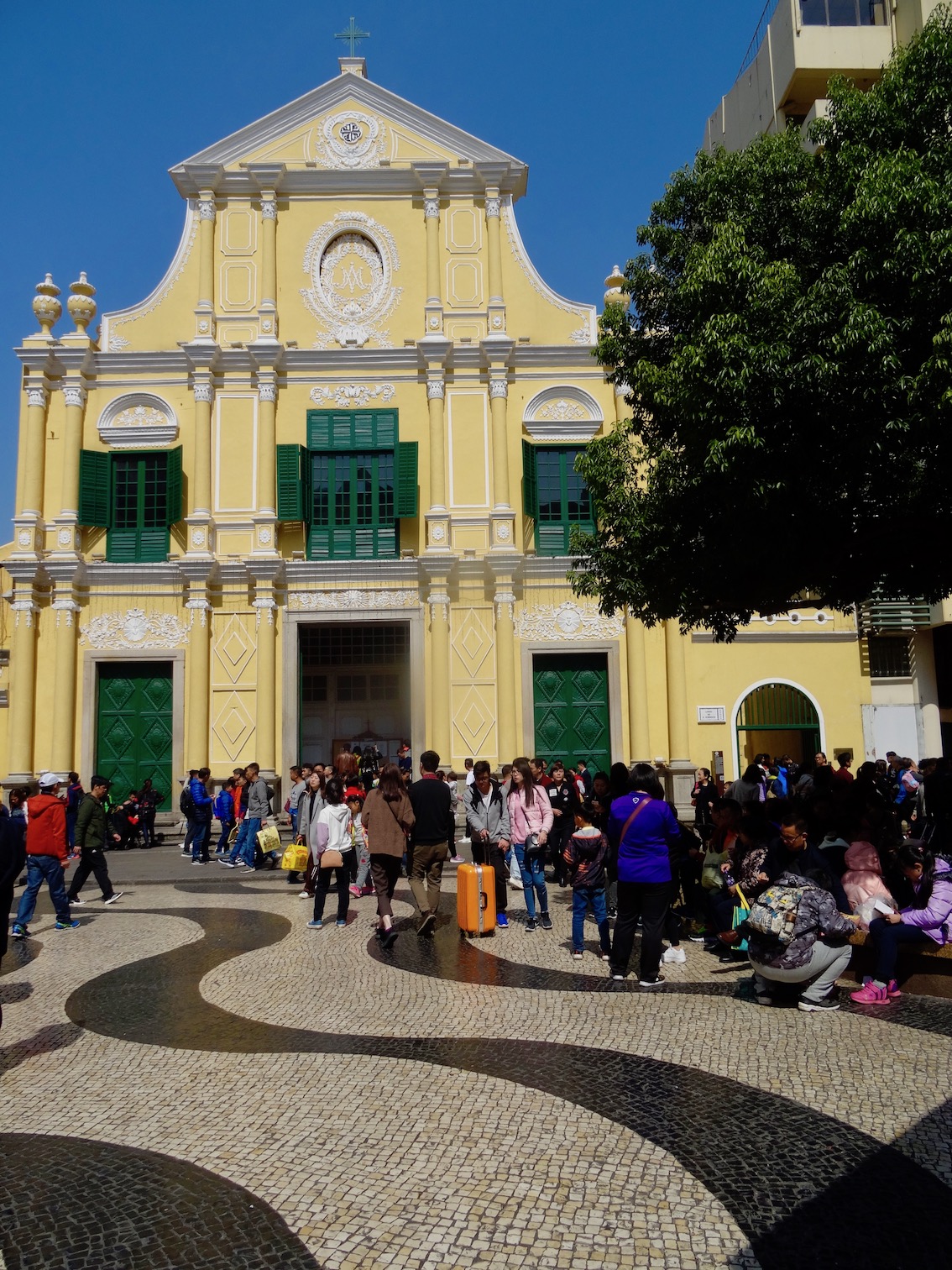 February 2018. Located right in the heart of bustling Senado Square, Saint Dominic’s Church Macau is a 16th century baroque structure that draws in a steady flow of visitors. In fact, on the day of our visit tourists were literally swarming in and out of the main entrance. Dedicated to Our Lady of the Rosary, St. Dominic’s was established in 1587 by three Dominican priests who came to Macau from Acapulco, Mexico. 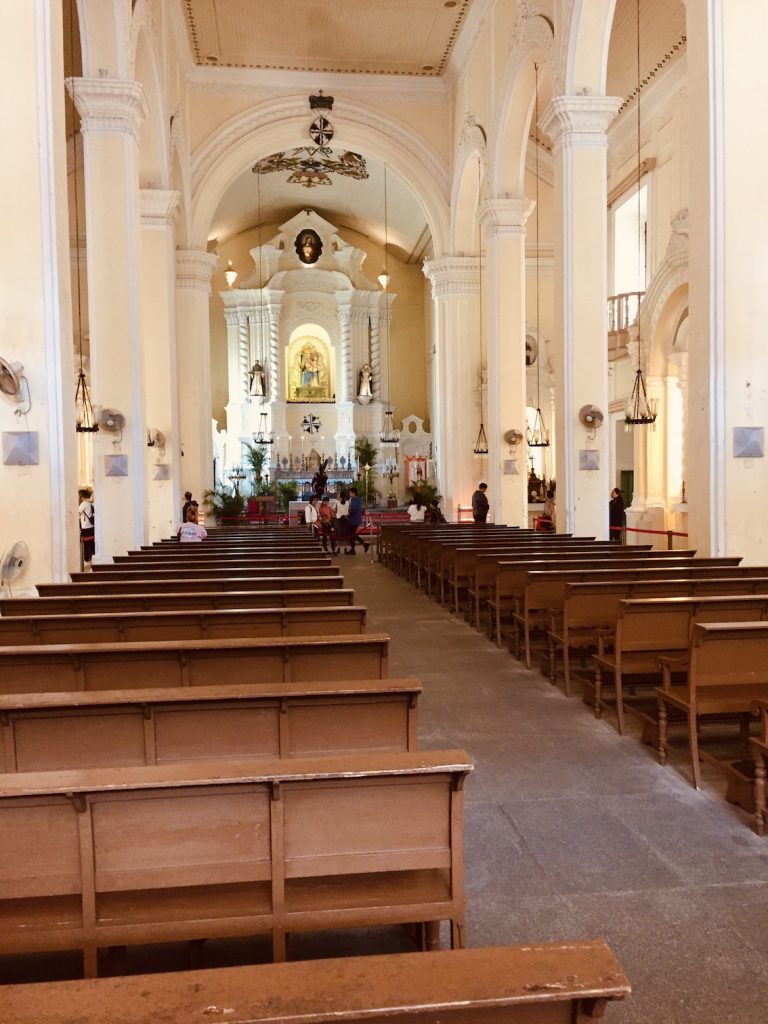 Today the pretty white and gold interior tells nothing of St. Dominics’ controversial history. In 1644 a Spanish army officer burst inside during mass to publicly criticise the colony’s allegiance with Portugal following the breakup of the Iberian Union. As a result, a group of furious parishioners promptly murdered him at the altar. Moreover, the church saw violence during the Chinese Rites Controversy, which led to Macau’s Dominicans being banned from the church! 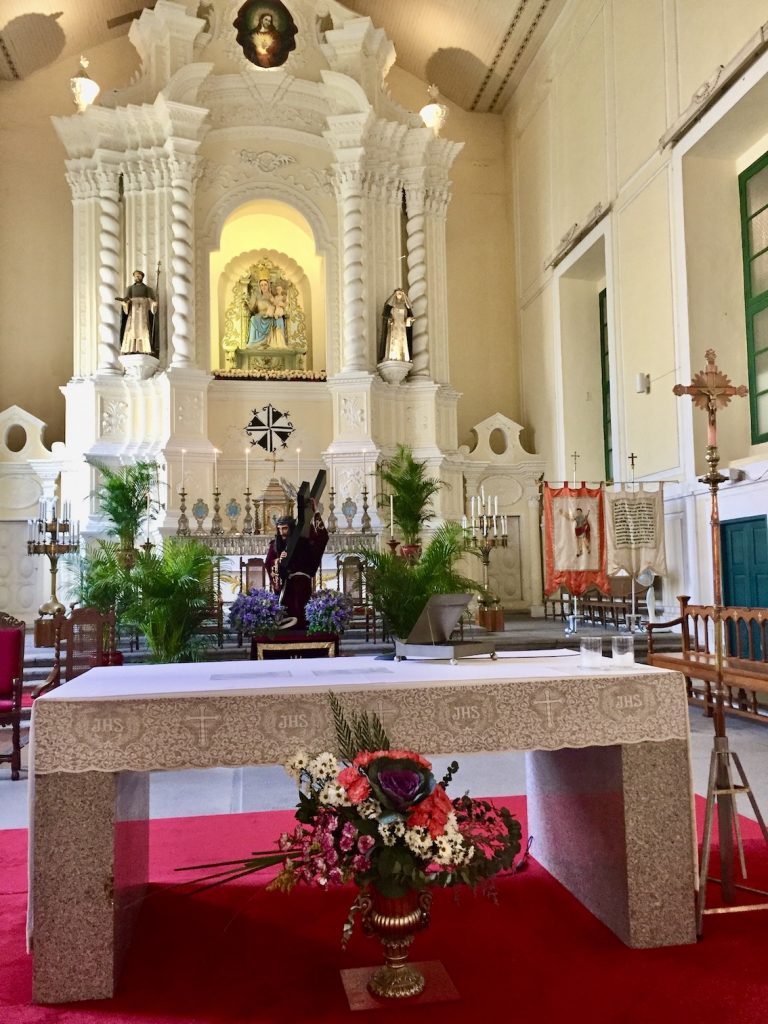 On a more positive note, a group of locals published Macaus’s first Portuguese language newspaper out of St. Dominic’s in 1822. The photo above shows the main altar, which features a statue of Madonna and child. There’s also a sombre sculpture of a trudging Jesus carrying the cross. 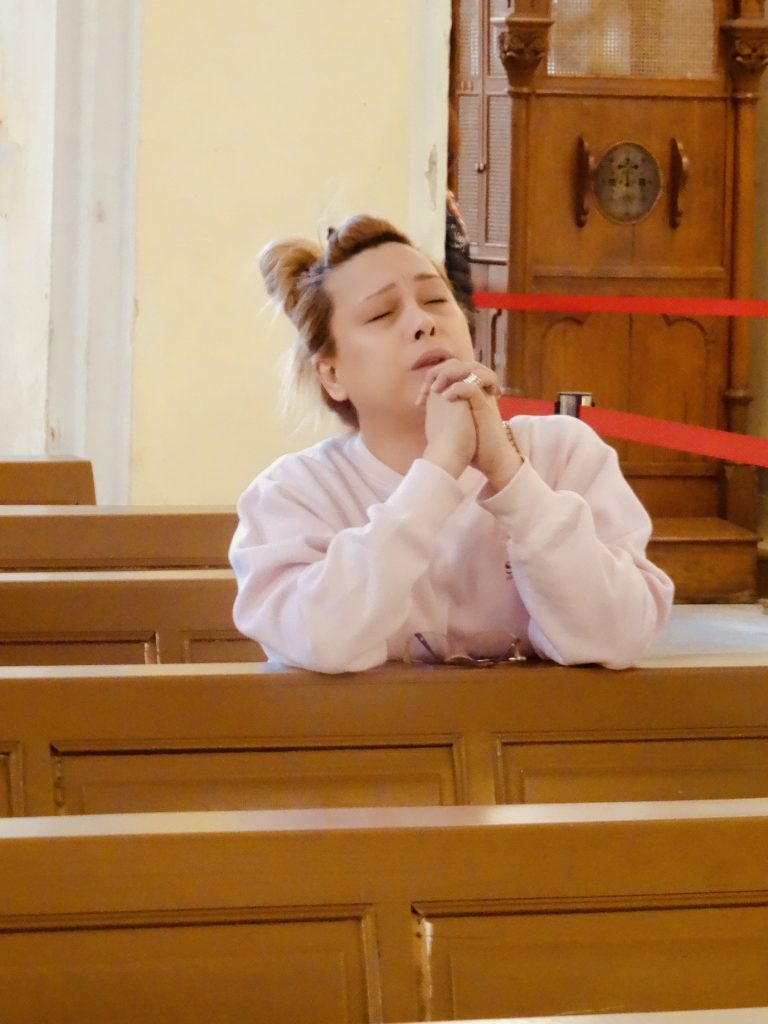 Today Sunday services are still held at St. Dominic’s Church. Furthermore, it has also been the venue for Macau’s annual International Music Festival. 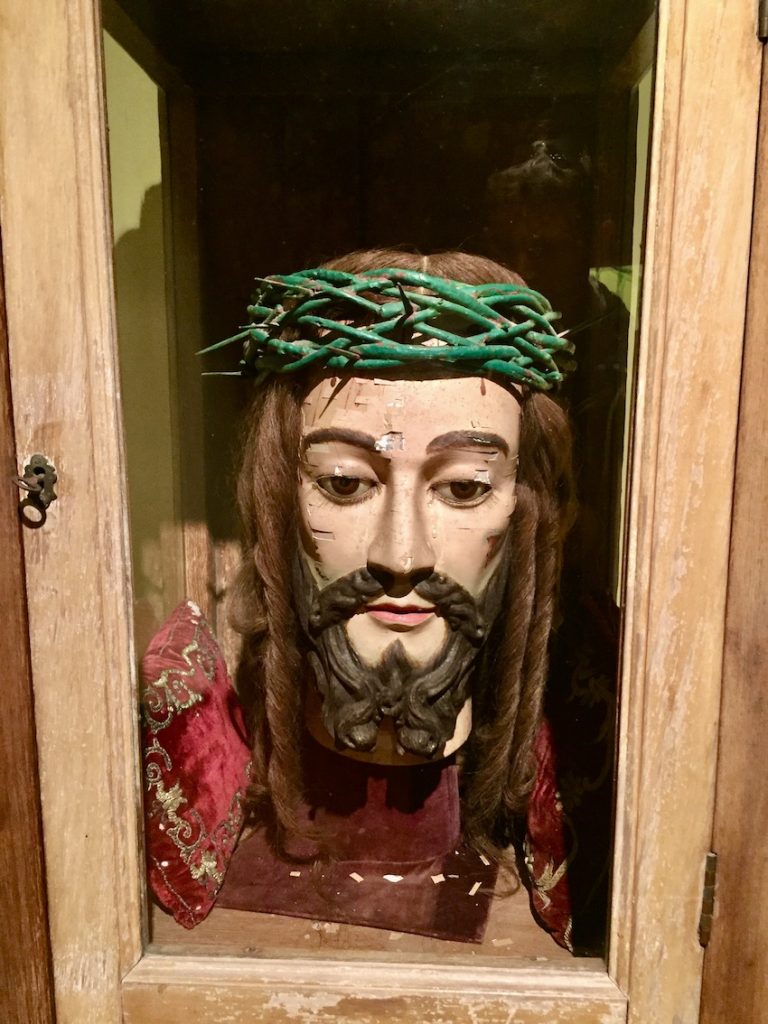 HEAD upstairs (did you see what I did there?) to check out St. Dominic’s Sacred Art Museum, converted from the old bell tower. There are plenty of paintings and ancient artefacts to check out, including a couple of grisly cabinet exhibits. 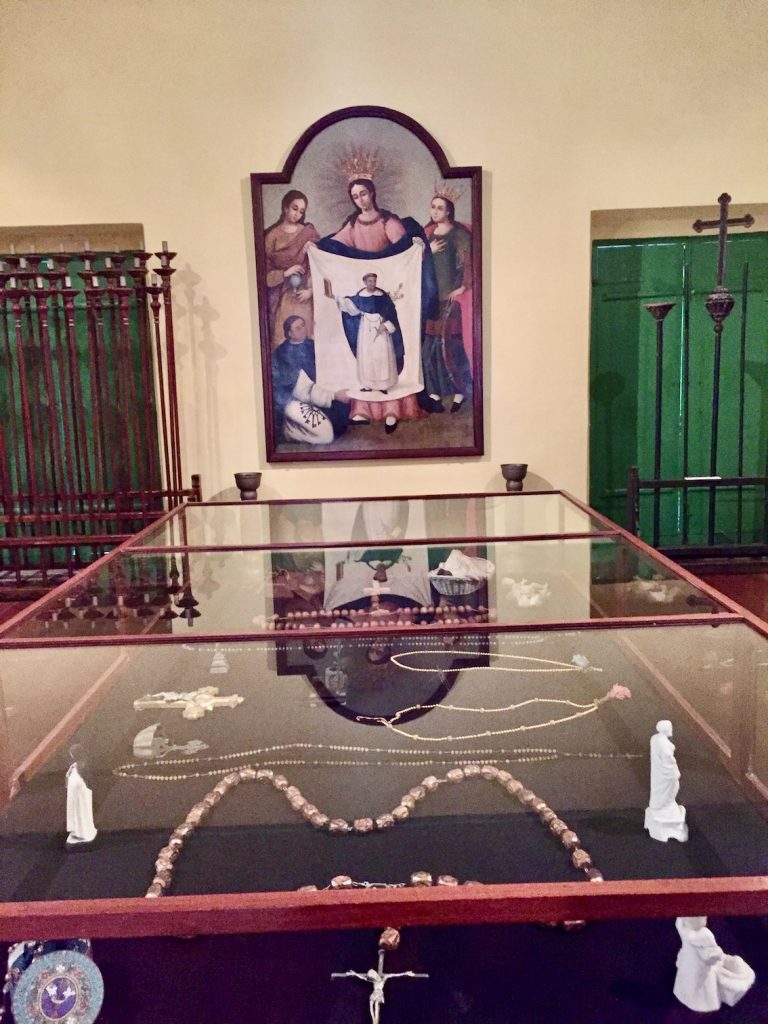 St. Dominic’s is open daily from 10:00-18:00 and is certainly worth a look. Especially as it’s free to enter. For a deeper look into its history, have a read from St. Dominic’s World Heritage page.