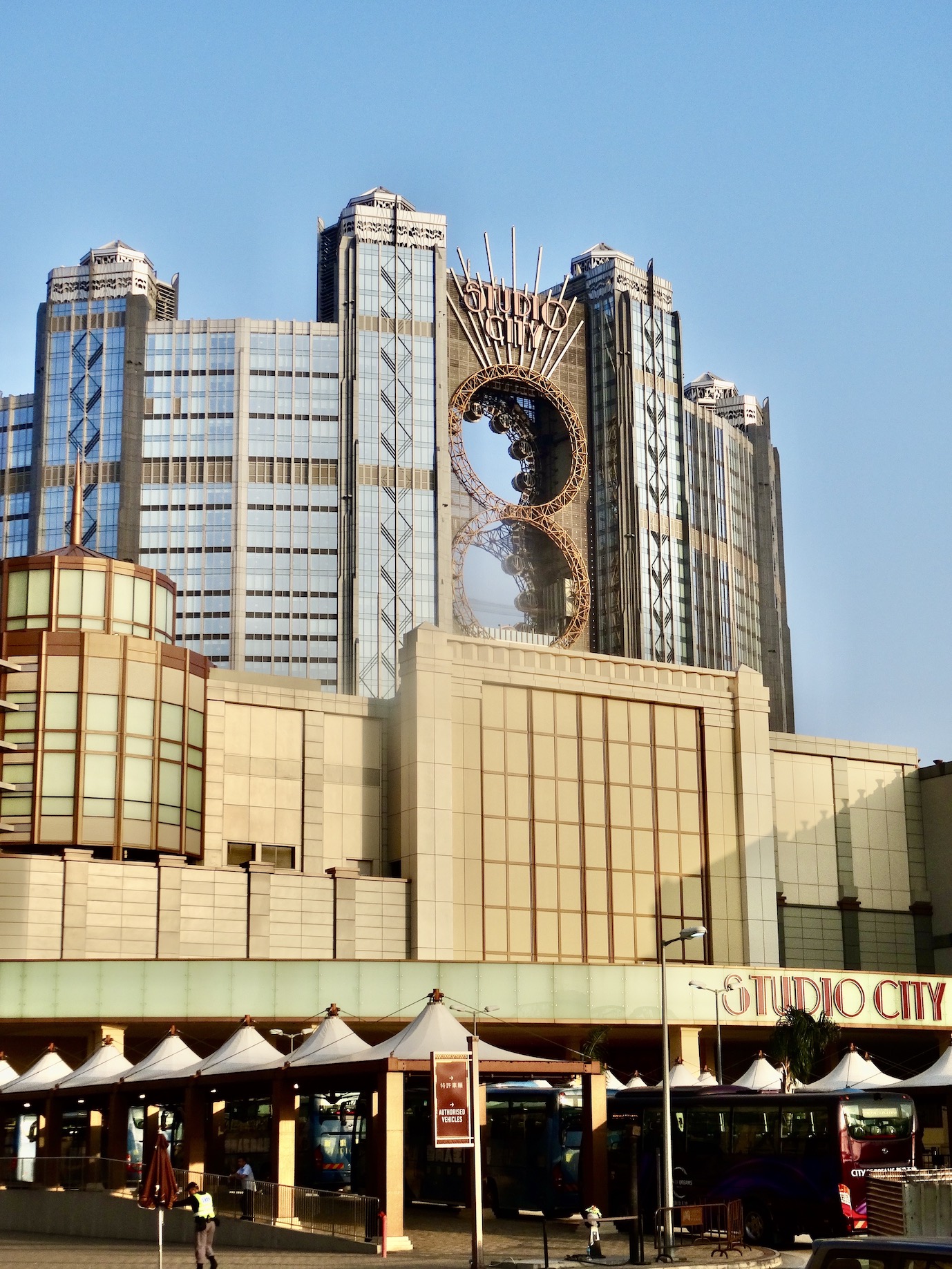 February 2018. In the unlikely event I ever go back to Macau and stay at one of the monster hotels, my hard earned cash would definitely go to Studio City Macau. This is Macau’s cinema themed complex, a palatial 1,600 room structure with a figure of 8 Ferris wheel called The Golden Reel built into the facade! 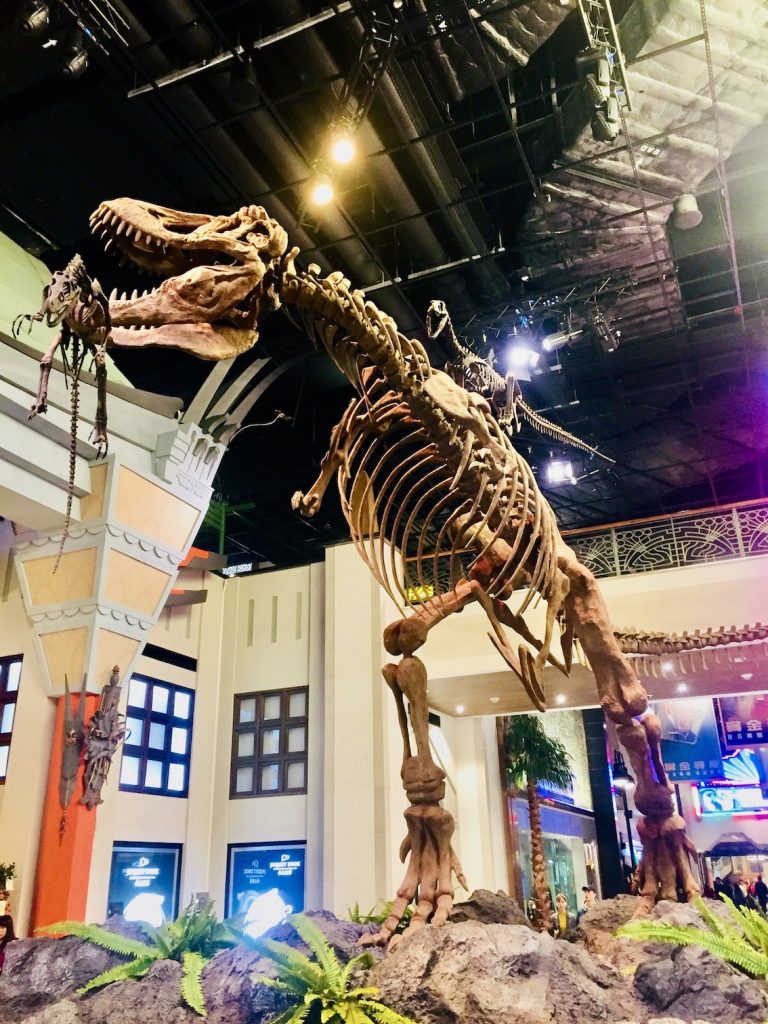 A Jurassic Park theme dominates the main lobby. There are over twenty life-size replicas, along with a Velociraptor Hatchery and a helicopter simulator ride over Isla Nublar. 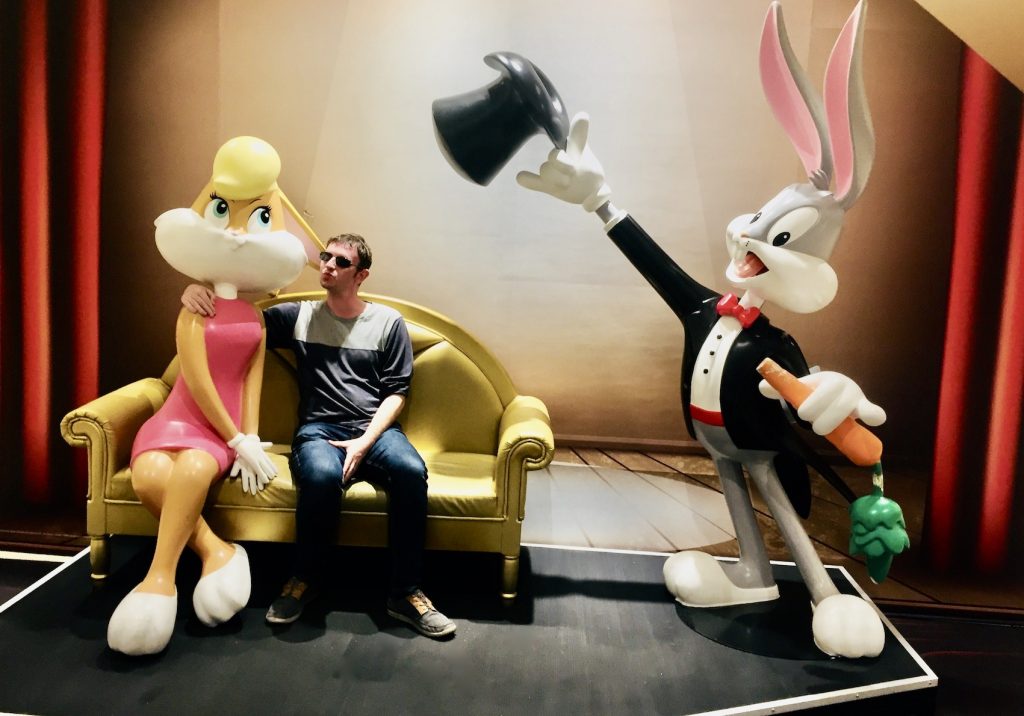 The complex also features a 32.000 square foot Warner Brothers Fun Zone, which is mainly aimed at keeping the kids busy while mum and dad slink off for a movie. 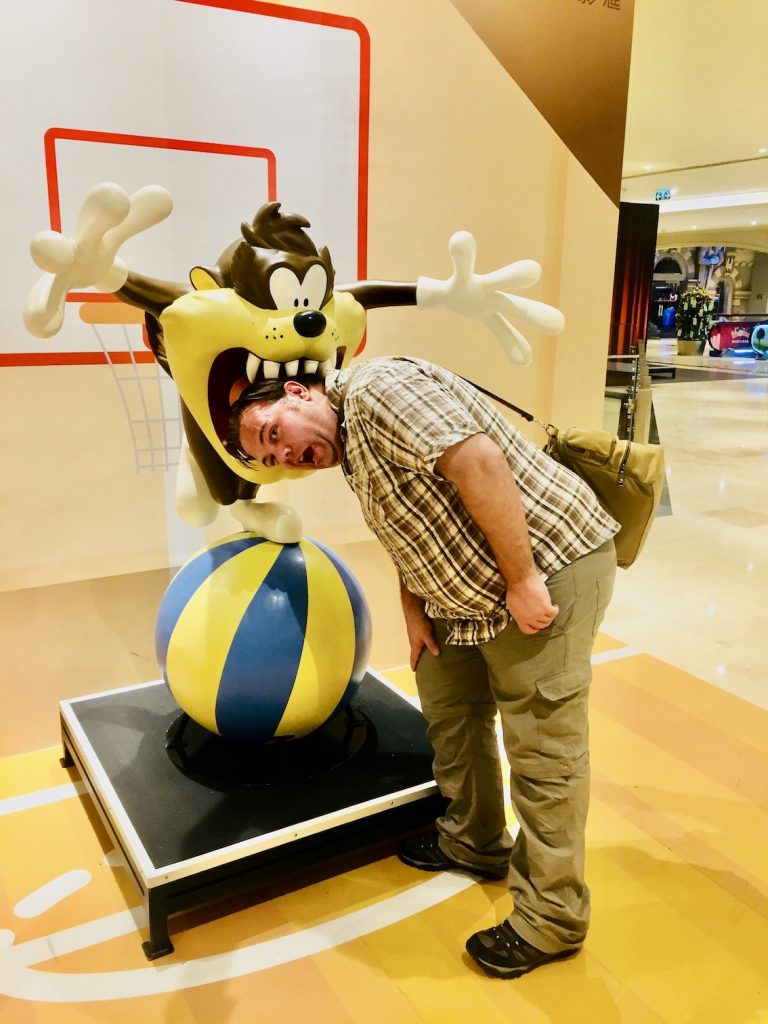 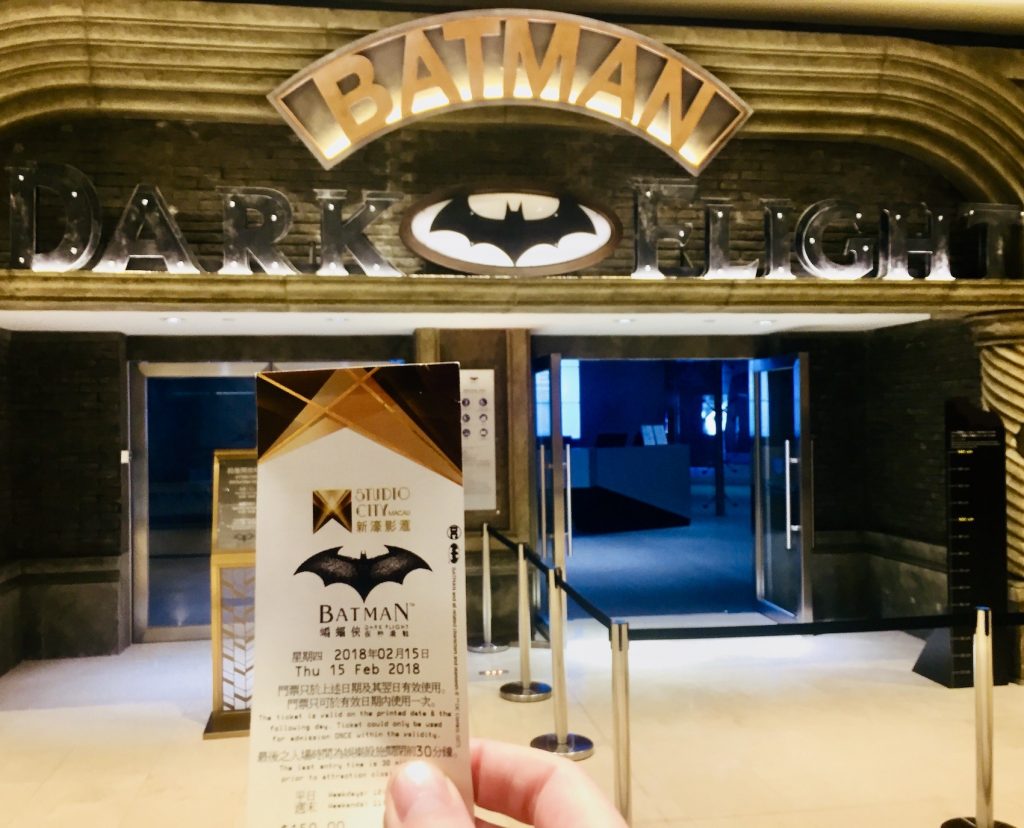 With just a few hours to explore that day, Wonderboy and I wasted no time in grabbing tickets for Batman: Dark Flight. This 4D multi sensory simulator takes visitors through an explosive adventure chasing The Joker, Bane and Two Face through the streets and airways of Gotham City. Highly recommended! 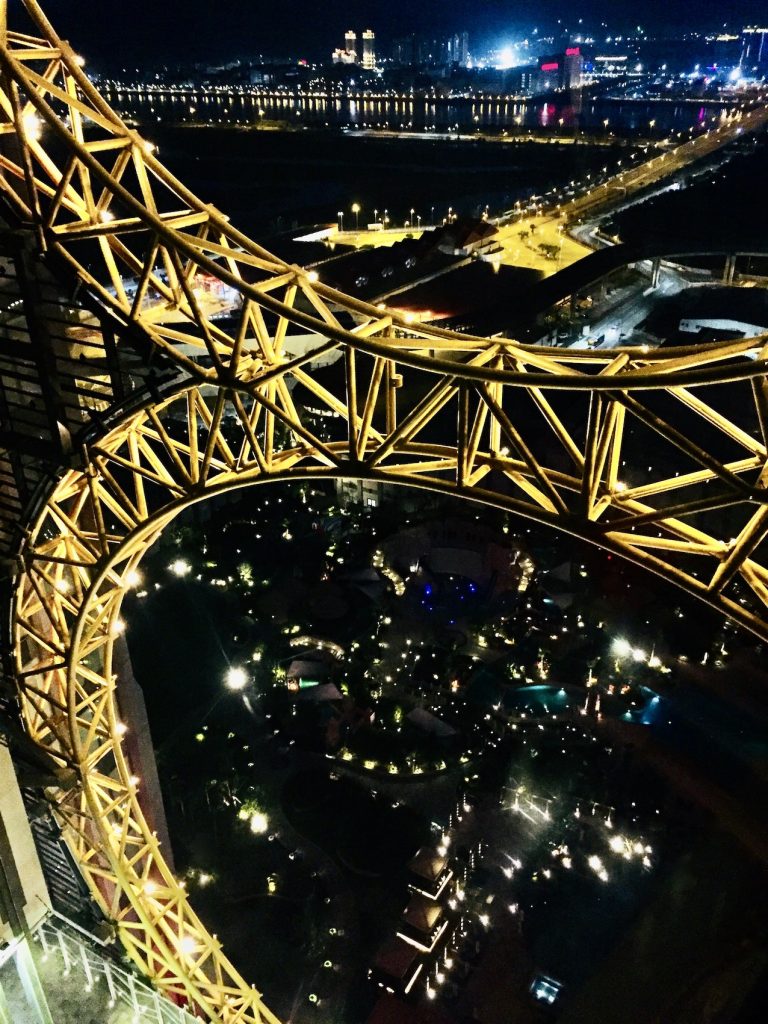 Don’t leave without jumping on The Golden Reel Ferris Wheel! This slow-moving figure 8 is comprised of seventeen cabins, each holding up to ten people. The resulting views across Cotai Island certainly are amazing! In one direction you get a skyline of skyscrapers such as The Parisian. From the other side, nothing but undeveloped wetland. A joint Ride & Fly ticket for The Golden Reel and Batman: Dark Flight costs 200MOP (£18 €20 $25). 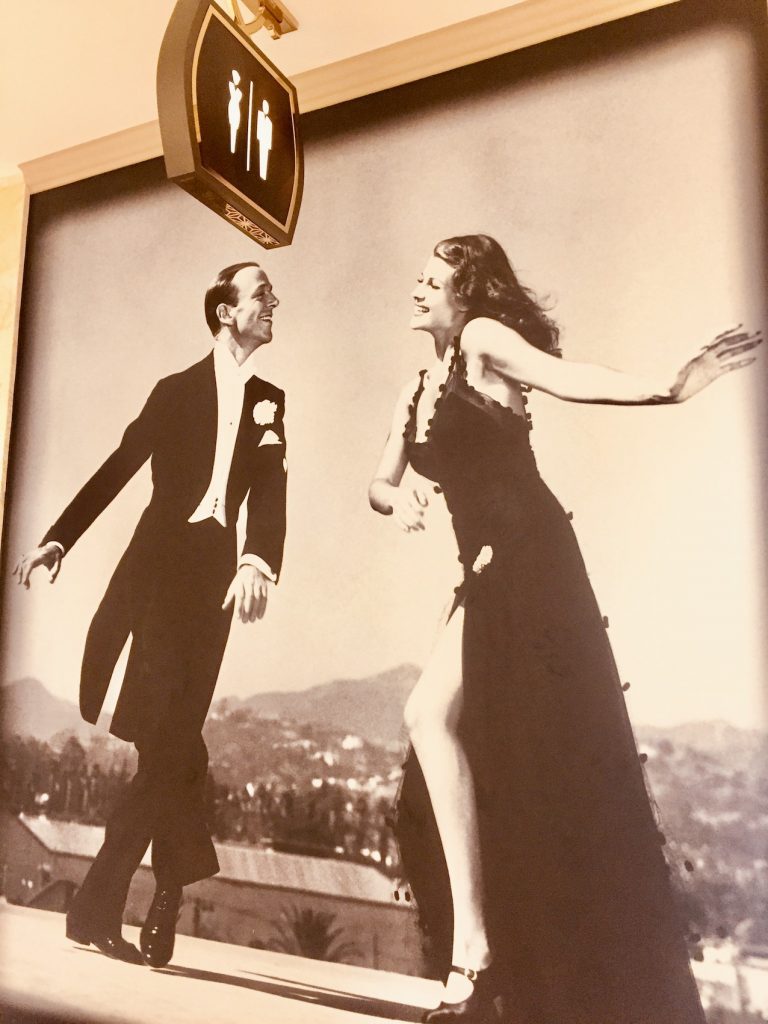 For more on Studio City Macau, have a look at their all-singing-and-dancing website.