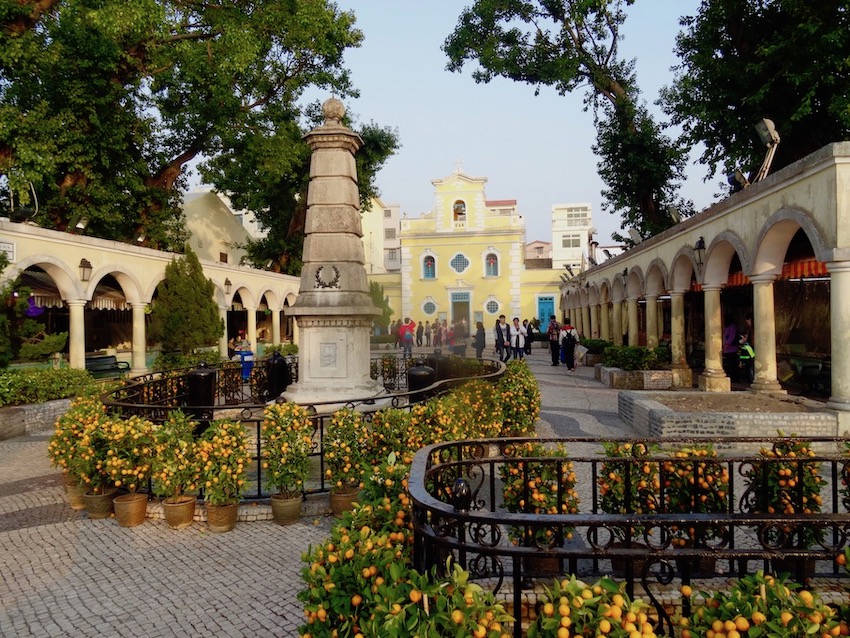 February 2018. Eduardo Marques Square is a cobblestone public square located in Macau’s Coloane Village. In fact, it’s just a short walk from the Main Street down Avenida Cinco de Outubro. The square is home to a number of cafes and restaurants where tables overlook both the bay in one direction and the handsome facade of St. Francis Xavier Chapel in the other. 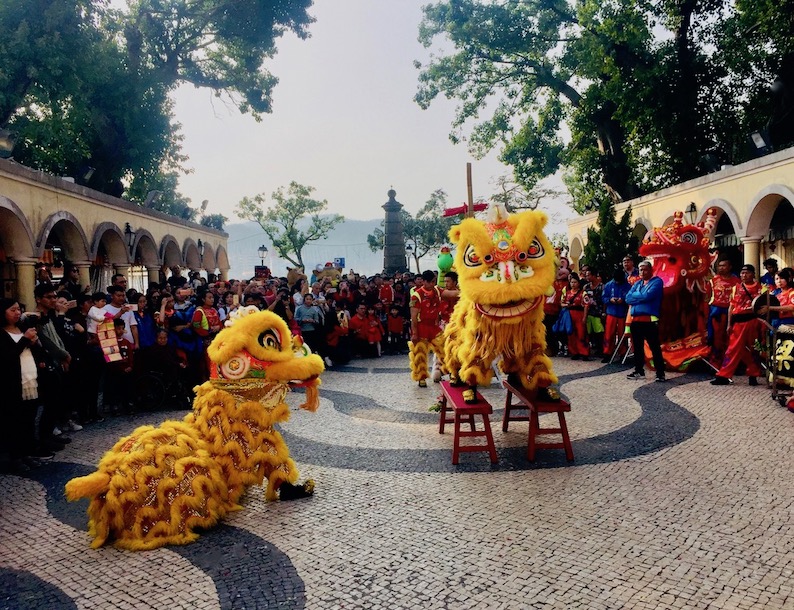 Some of my best travel moments over the years have come down to a matter of perfect timing. And so it was when Wonderboy and I unknowingly wandered into Eduardo Marques square that afternoon. 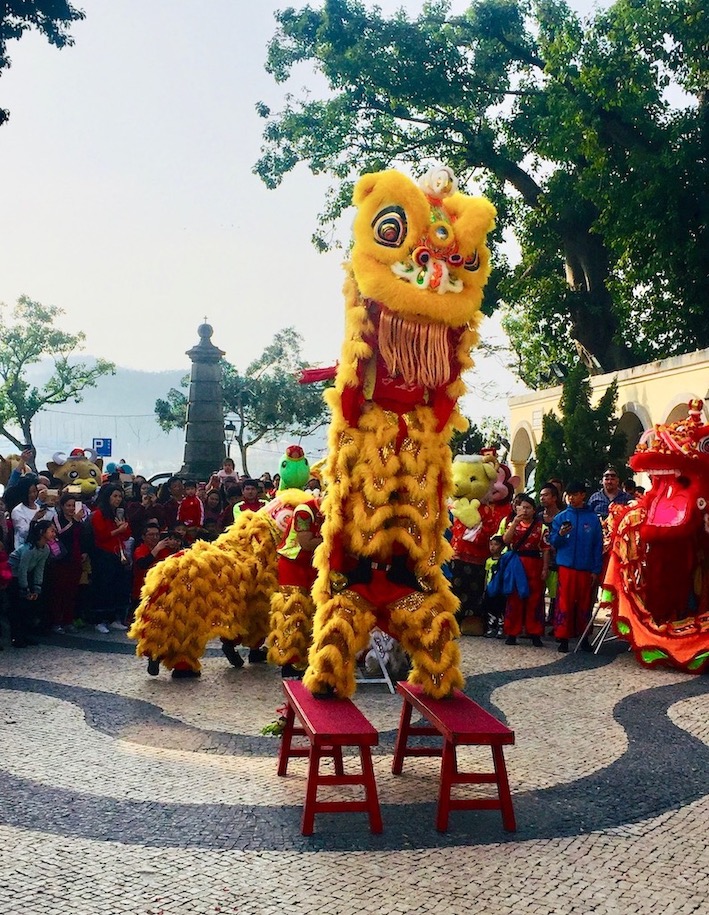 As luck would have it, we’d arrived just in time for Coloane Village’s annual Chinese New Year Dragon Dance! 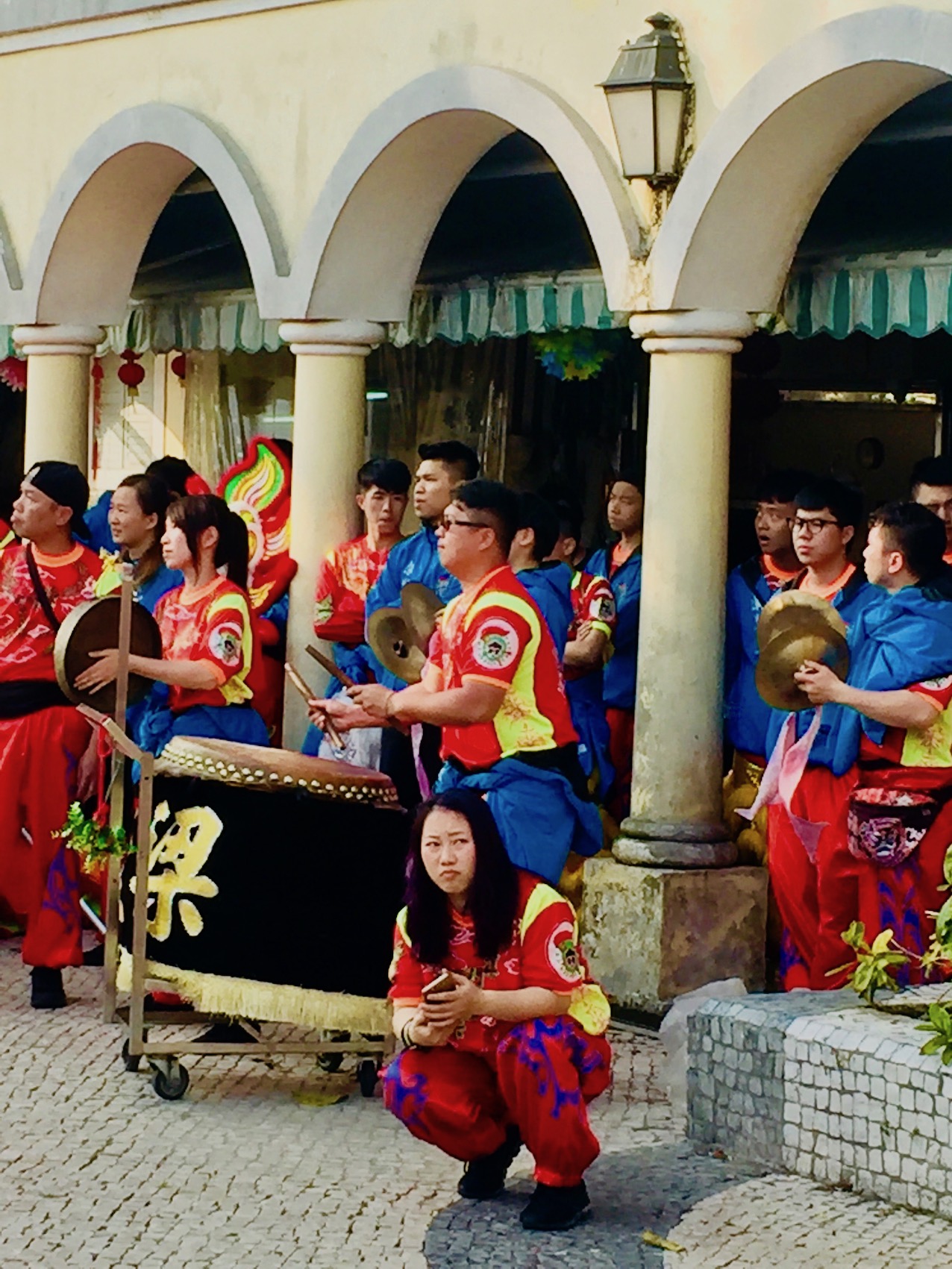 Played out to a thunderous soundtrack of clashing cymbals and thumping drums, the performance that afternoon was truly one to remember. The dancers, armed with nothing more than wooden poles and years of experience, twisted and turned under their dragon costumes to deliver the hypnotic, sinuous movements of the river spirit. 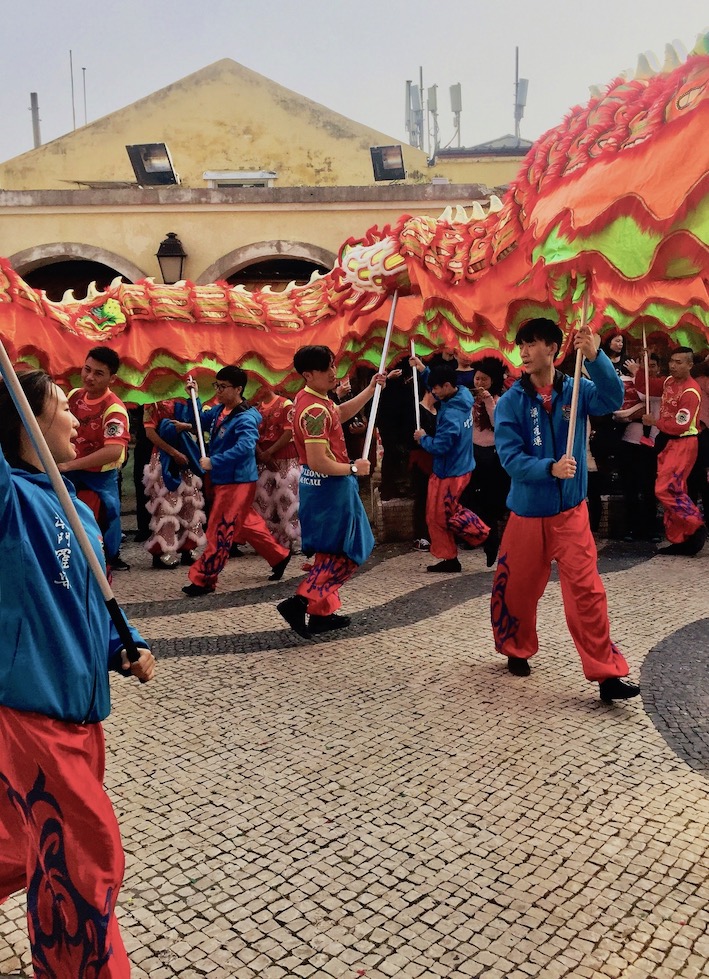 While on the face of it these fearsome dragons seem to be the kind of creatures you wouldn’t want to bump into in a dark alley, for the Chinese they symbolize dignity, fertility, wisdom and auspiciousness. All of which sits hand in hand with the perception of imperial authority. 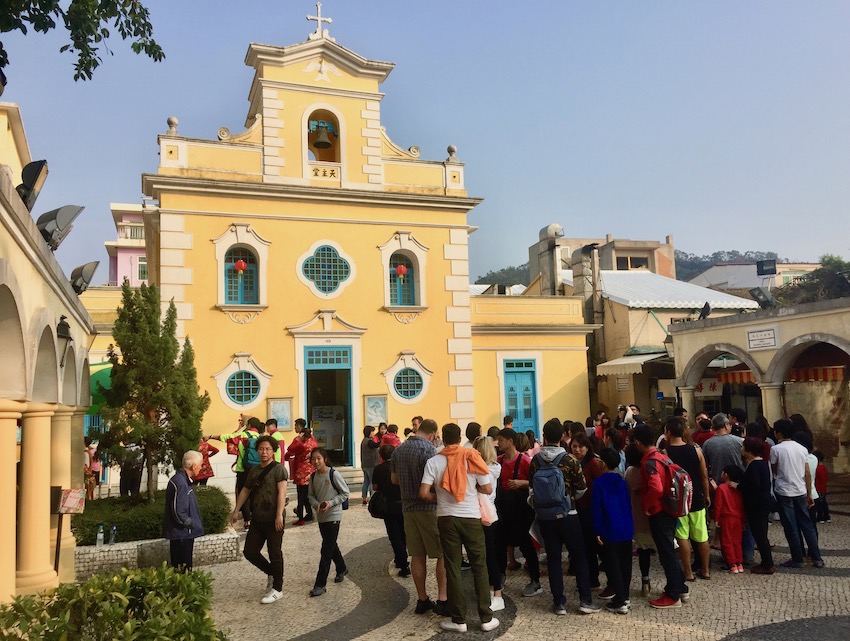 With the dragon stuff over and the crowd beginning to disperse, all that was left to do was peek inside the modest chapel. Although poky and unassuming at first glance, it does boast a few of Asia’s most sacred Christian relics. Mass is still held every Sunday at 10:00. If you find yourself in and around Coloane Village, don’t miss out on Eduardo Marques Square.

Like these? Then why not leaf through my many more reports from across China.