July 2009. The concrete jungle of Jinan in Shandong Province, China, lies some five hours south of Beijing. That’s a comparatively swift three hours if you treat yourself to the high-speed bullet train. As the capital of Shandong Province, the city is home to a whopping seven million people and is a major economic and transportation hub. Despite this, there are few reasons for foreigners to stick around.

In fact, the only reason I added Jinan to my itinerary was to break up the journey to Zhujiayu, a fascinating little village forty-five kilometres to the east. Nevertheless, I thought I’d give Jinan a chance and was pleasantly surprised by what I found. Wandering the city streets on my first night, I came across this friendly husband and wife playing badminton outside their apartment block. They were incredibly excited to meet me, so much so that the lady insisted I take over and play her husband.

At first glance Jinan can come across as little more than a charmless sprawl. But the city is actually home to a number of beautiful parks with natural springs. Determined to pop my head into a number of them, my first stop was the beautifully landscaped Five Dragon Pool Park.

There are lush green lawns, ancient Chinese architecture and of course the pool itself, said to be the deepest circulating artesian spring in Jinan. Amusingly, the locals seemed as fascinated by the sight of me as I was by the park’s beauty. Judging by the numerous open-mouthed stares I received, I guessed they’d never seen a Leighton before. 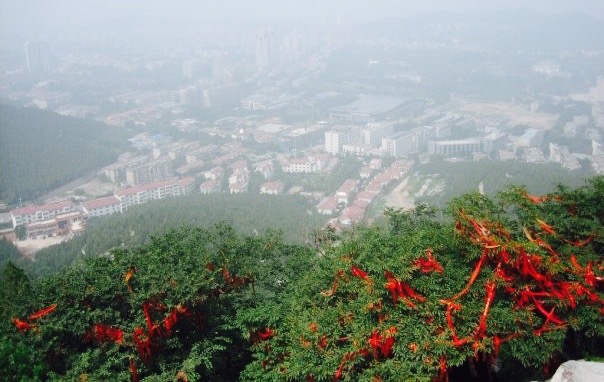 I’ve always enjoyed a good old climb. Happily then, Thousand Buddha Park, located just to the south of the city, didn’t disappoint. Neither did the resulting views from the summit, despite the afternoon smog’s best efforts. 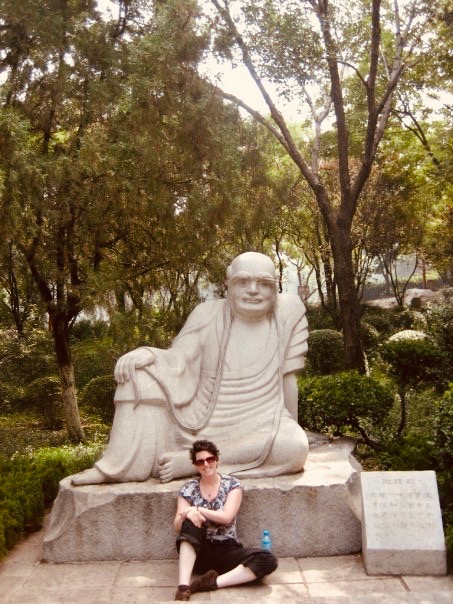 On the way up the mountain you can stop to admire caves, temples, pavilions, terraces and buddhas. There’s even a cable car for the lazy.

I’d just come out of a city bakery one morning with a bag of sweet bread things when I bumped into this delightful mother and daughter. The girl spoke a few words of English, hence we did the small talk thing for a bit. They were even happy to pose for a photo! It made a nice change for me to be photographing Chinese people, rather than the other way round. A wonderful picture that not even a fat pile of bricks could ruin.

Much like the parks that came before it, Baotu Spring Park was absolutely teeming with people. Home to around thirty springs, you can actually see the water bubbling up from one of the park’s deep-green lakes. There was also a stunning Chrysanthemum Exhibition, boat rides on the canal and vendors for feeding the fish. Or, like this guy, you can sit looking miserable under an umbrella.

Like these? Then why not check out my zillion articles from across China.

The City and the Village Part II, a short story from China.