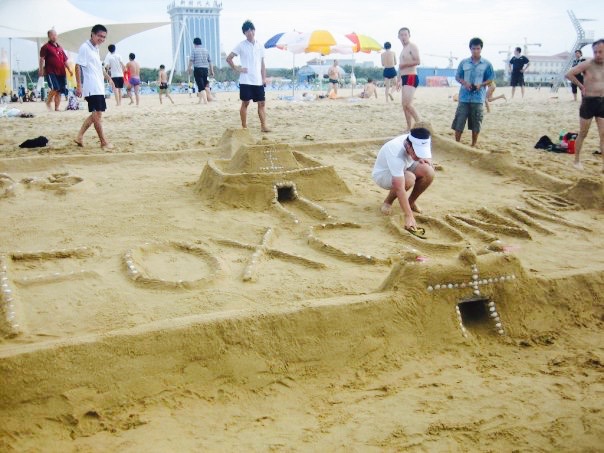 August 2009. Welcome to the sleepy port city of Yantai in Shandong Province, China. I’d been travelling around Shandong for several weeks when someone recommended Yantai as a pleasant place to stop, purely for a spell of beach lazing. “The beach isn’t actually up to much,” he admitted with a wry smile. “And the city centre doesn’t have anything going on”.

It certainly wasn’t much of a sales pitch. And yet I found myself fascinated by this seemingly unloved coastal outpost. Hence S and I decided to give it a try. We spent most of our visit here on Beach 2, where we slept, swam, read and watched people build sandcastles. 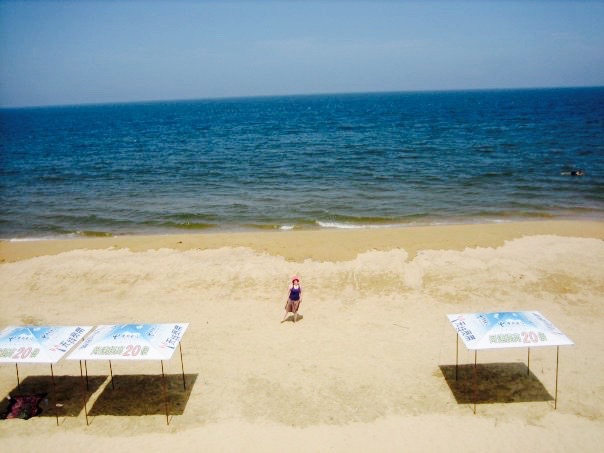 While I couldn’t describe Yantai’s golden sands as breathtaking, Beach 2 did have a certain charm to it. I loved how all you had to do was walk for ten to fifteen minutes and you could pretty much leave everyone behind. 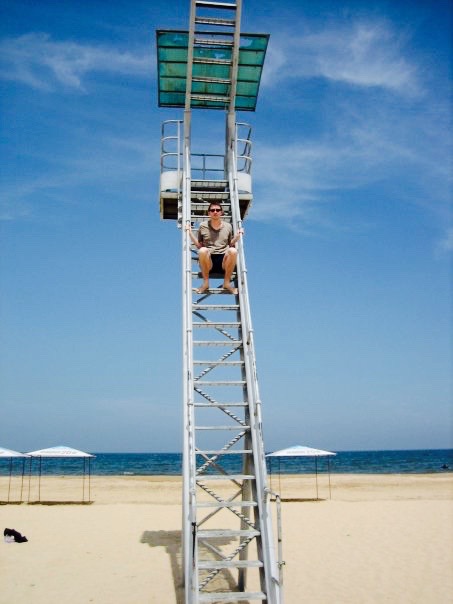 The Yantai ghost beach experience was great! Total peace and quiet, no getting stared at and I could mess around on the unmanned lifeguard stations to my heart’s content. 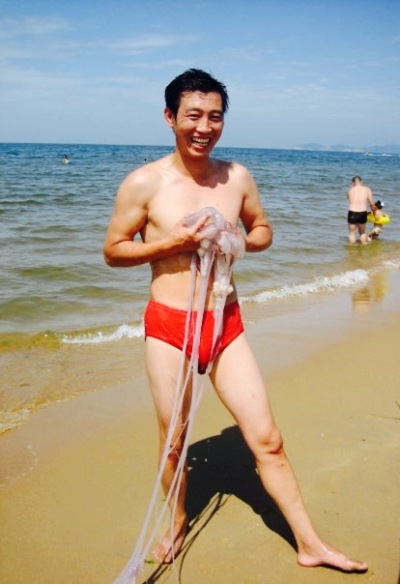 I’d been warned about Yantai’s rampant jellyfish population and it turned out the rumours had been true! They were everywhere, staggering about wildly with the tide and washed up dead along the shore. Some locals, like this one, made a sport out of catching them and taking them home. Moments after this shot was taken he proceeded to rip the head off before popping its remains into a plastic bag. He seemed very pleased with himself. 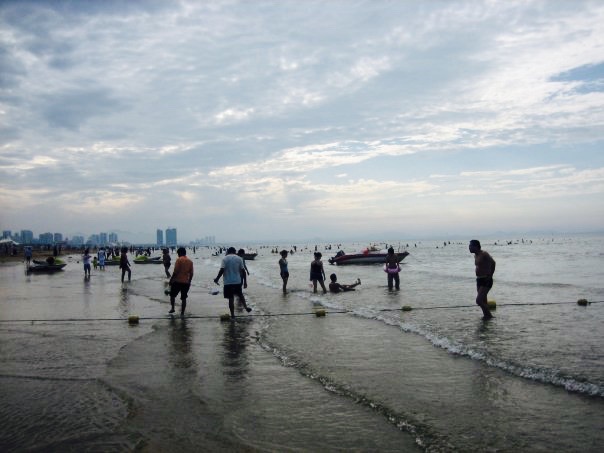 Beach 2 had just one bar that offered barbecue snacks and a nearby street market with all imaginable forms of dishes. Not to mention some unimaginable ones too. 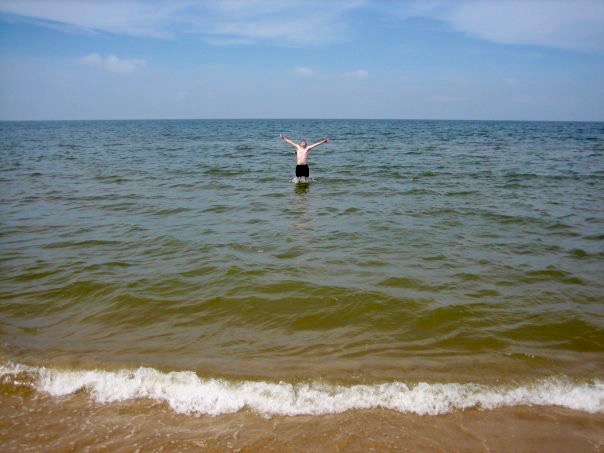 I’ll always look back on those Yantai days with great fondness. For more on my time in Yantai, check out my short story The Jellyfish Factor, taken from the series  Challenged In China.