July 2019. It was a summer’s afternoon in Scotland, but hell you wouldn’t have known it. Spackles and I were driving down the A82 on the way to Loch Ness when, suddenly, he announced an unplanned pitstop. “The Commando Memorial is just over there!” he said, straining his eyes at the rain-splattered windscreen. 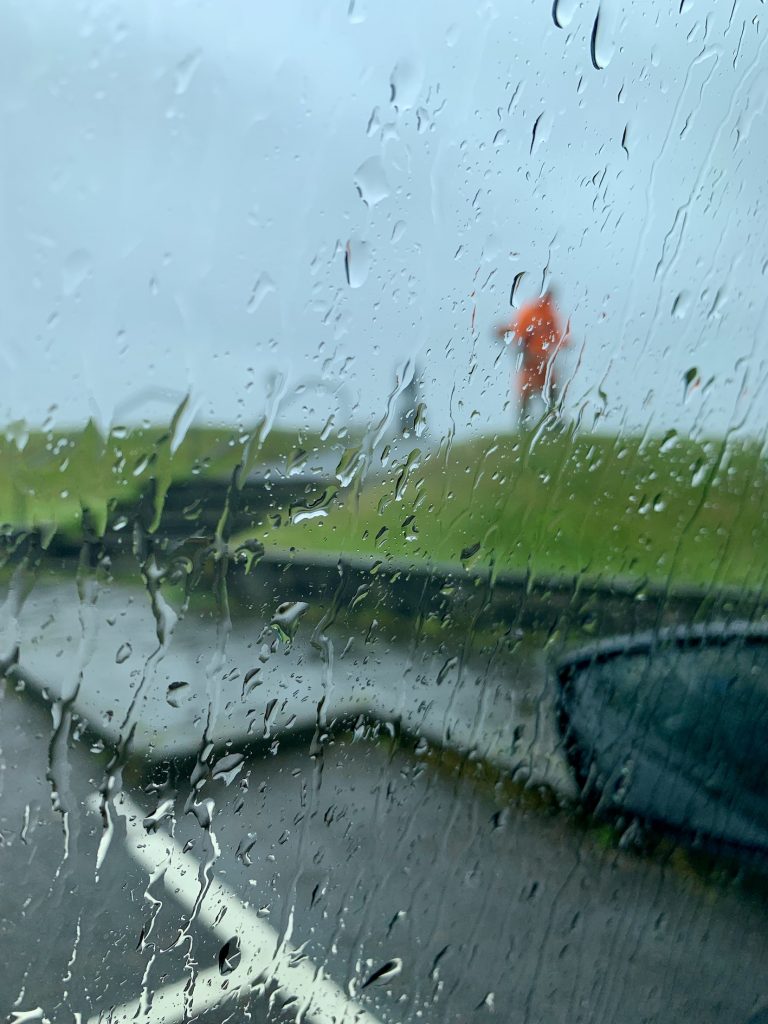 Just a minute later we pulled up in the memorial’s giant and largely empty car park. The rain was really coming down now, hence we decided to sit there for a while hoping the wetness would magically subside.

Through the passenger seat window I could see the distorted form of two orange figures moving around. Moreover, there was a blurry dark mass that I assumed was the memorial itself. 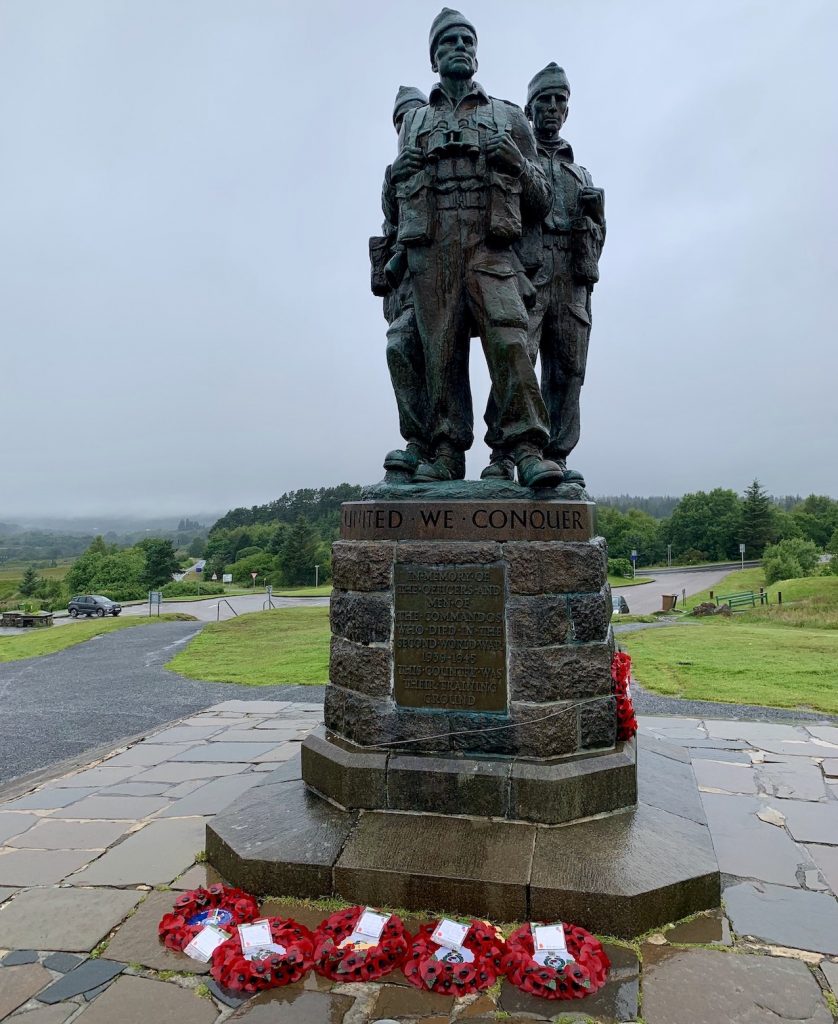 Somebody somewhere must have been listening to our weather prayers. Because before too long the rain stopped and we jumped out to seize the day while we still could. The orange things I’d seen through the window were council workers sweeping up and keeping the place in order.

The Commando Memorial dates back to 1949 when a Scottish sculptor by the name of Scott Sutherland won a competition to create a monument in tribute to The British Commandos trained in Scotland’s Lochaber region during World War II. 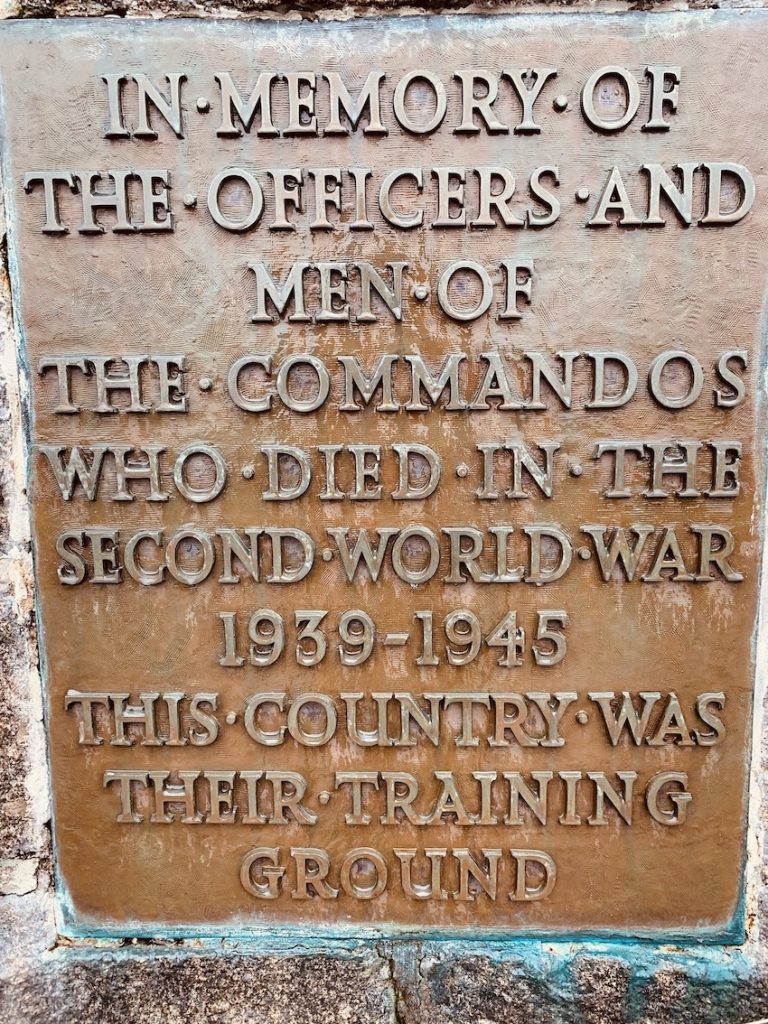 Sutherland received just £200 for his work. I guess for him the commission would have been all about the prestige. The Queen Mother officially unveiled the sculpture on the 27th of September 1952. 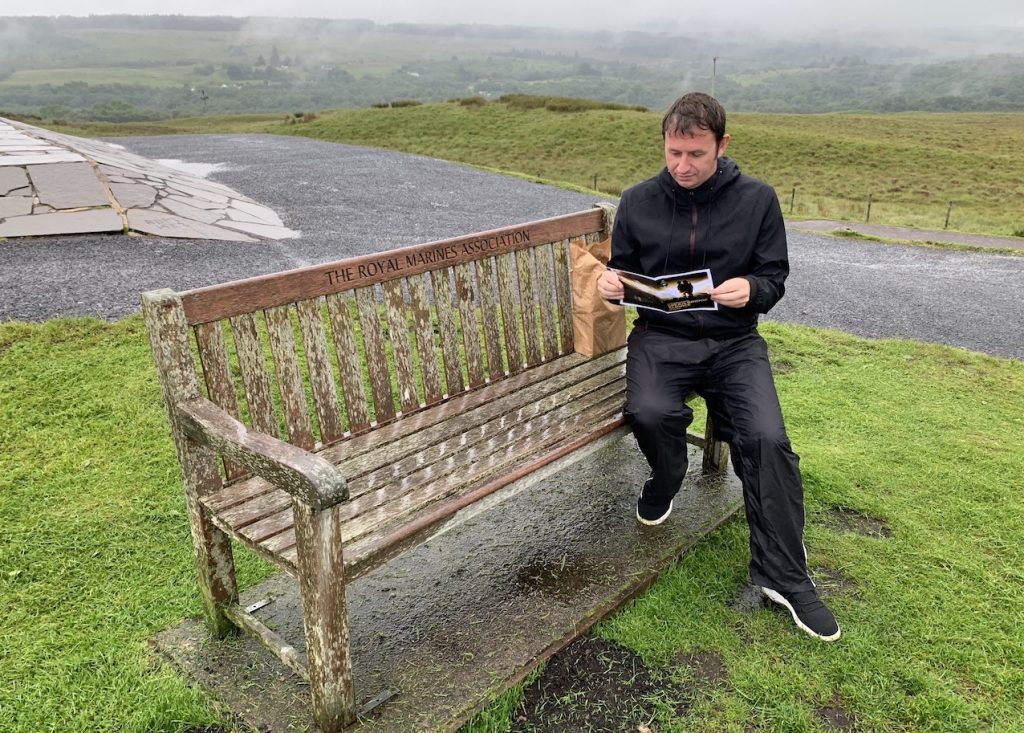 Fittingly, the memorial overlooks the actual Commando training grounds from back in the day at the estate of Achnacarry. In fact, the views here are stupendous! I’ll have to come back some time and see it on a day when the weather isn’t crap. 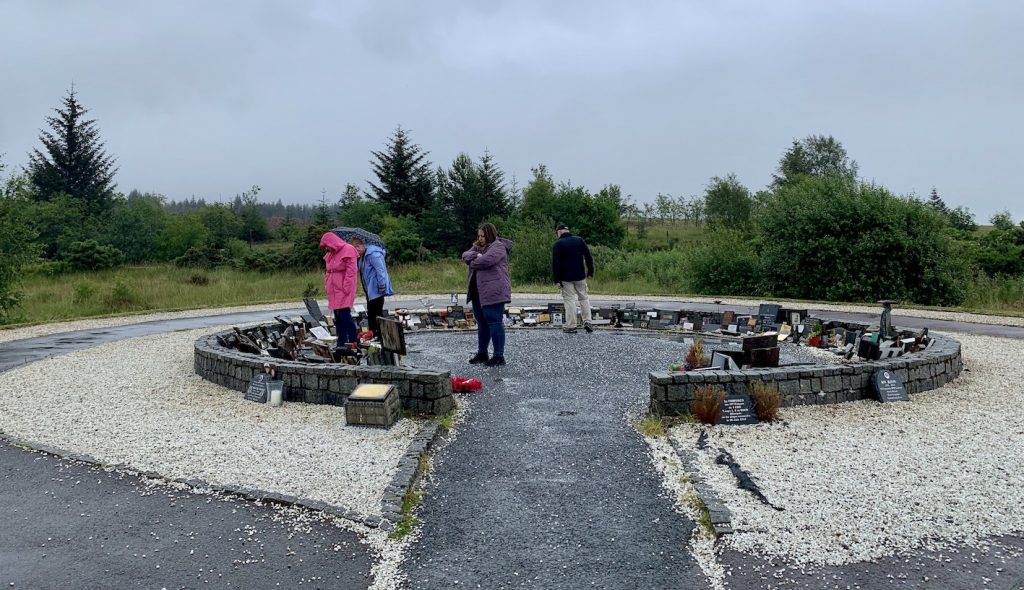 Just across from the monument, there’s a small remembrance garden dedicated to those Commandos who fell in WWII, The Falklands, Afghanistan and Iraq. 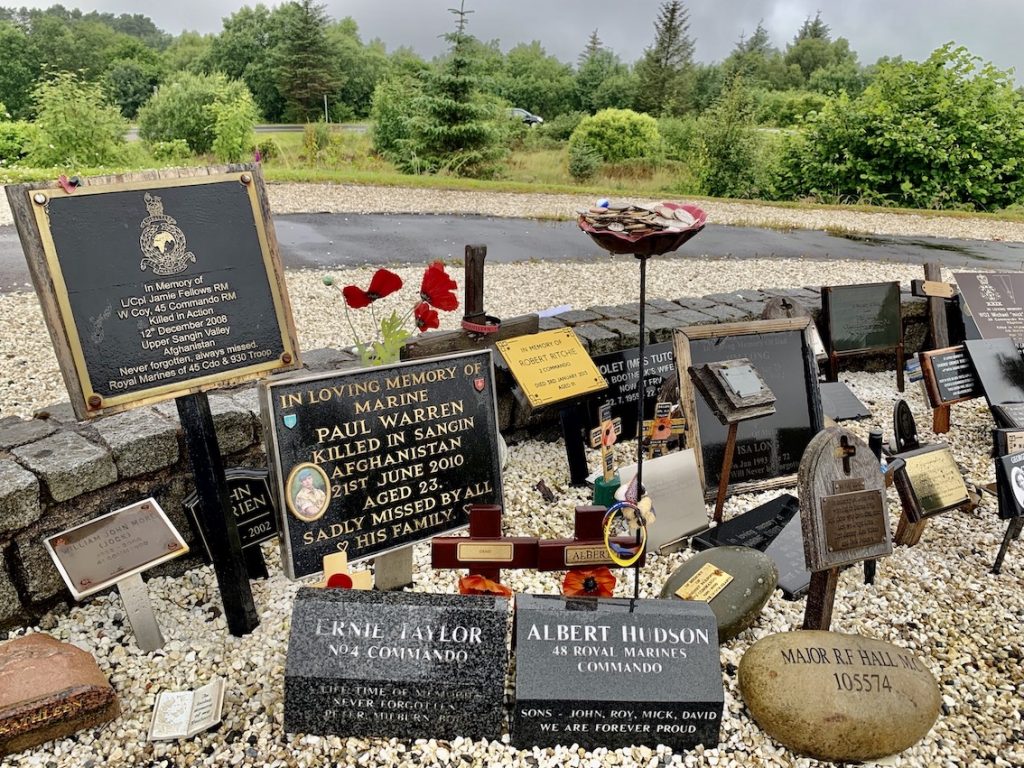 It’s a sobering experience reading all the memorial stones and plaques. I’ve seen so many of these kinds of sites across the world, but it always moves me to think of those people who gave their lives for their country. Especially as many of them were so young. 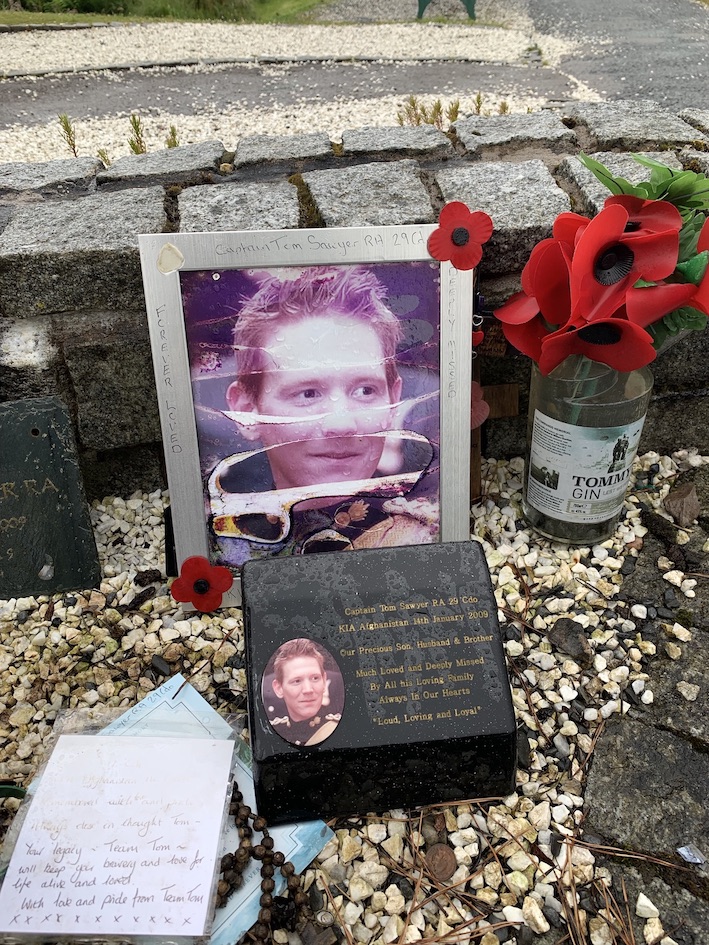 Crouch down for a closer look and you’ll see small personal items, framed photographs and handwritten notes. Moreover, there are a number of poppy wreaths. Some of these fallen soldiers actually had their ashes scattered onsite. 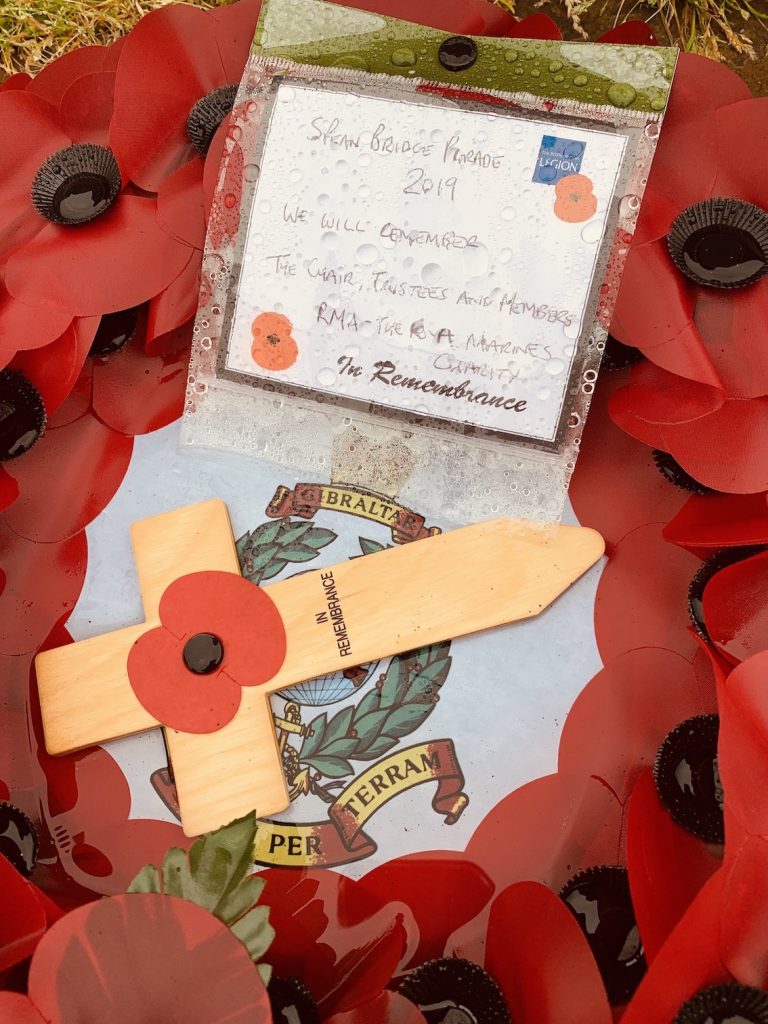 The Commando Memorial is free to visit and open 24/7. A good companion site is the excellent West Highland Museum in Fort William, which features a cool exhibit about The Commandos and their history in Scotland’s Lochaber region.