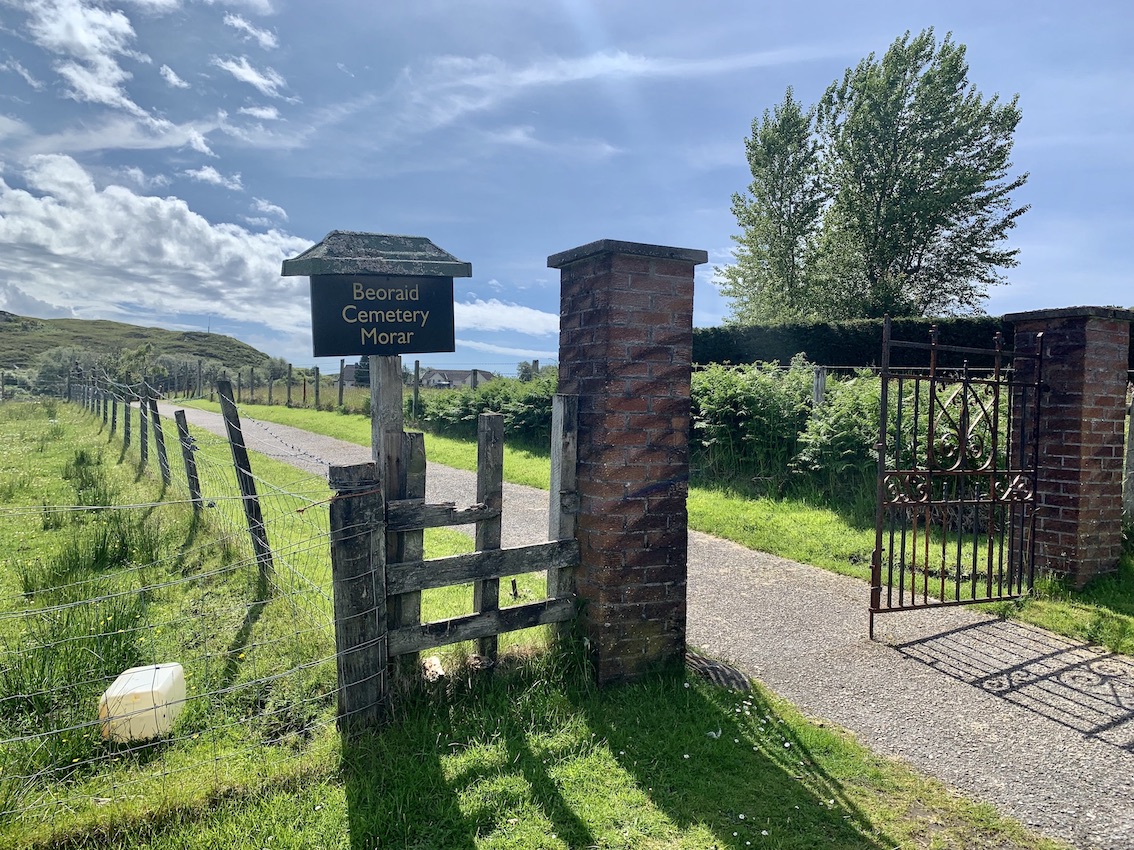 June 2019. Beoraid Cemetery is just a few minutes drive from Our Lady of Perpetual Succour & St Cumin’s Church near the Scottish town of Morar. With virtually zero information online to provide a historical overview, I was happy to be led by brother-in-law Thomas. In fact, he’d been here before and knew of a notable grave. 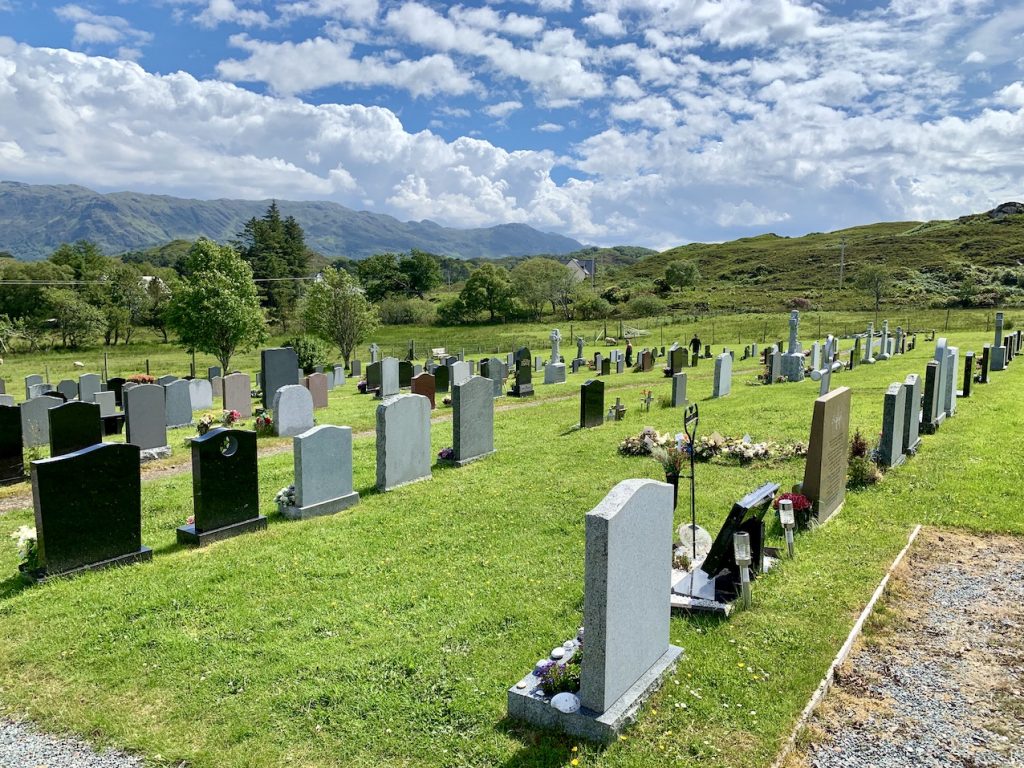 The cemetery enjoys an idyllic location atop a handsome hill overlooking deep green farmland, rolling hills and a pretty section of Loch Morar. Furthermore, the entire cemetery is immaculately kept, so hats off to whoever the groundskeeper is. 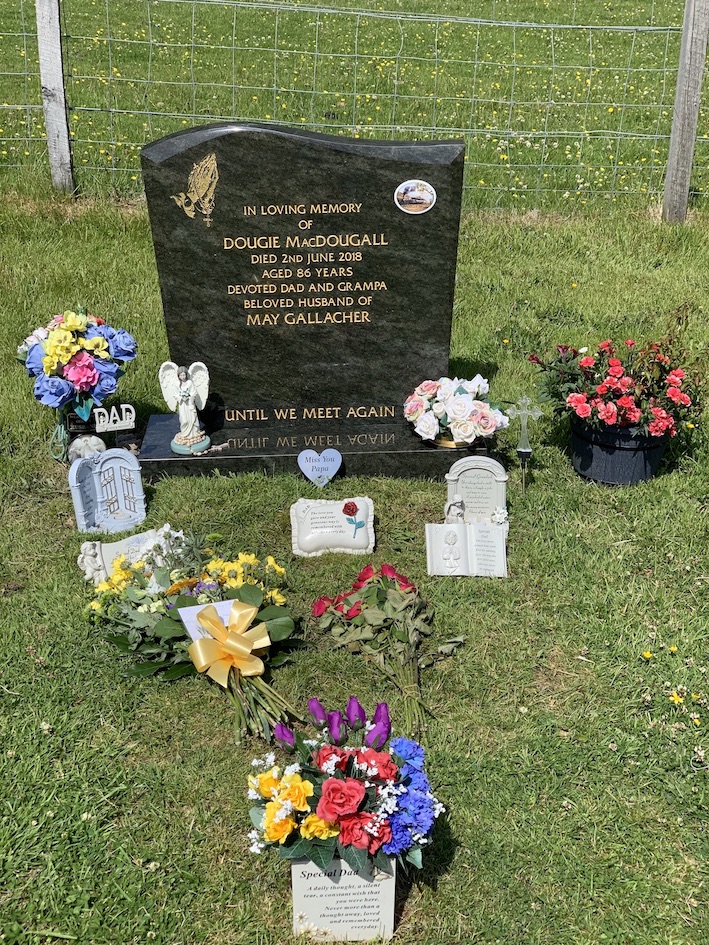 I always find myself a bit fascinated by names when I’m exploring graveyards. And in the case of Beoraid, they don’t come much better than Dougie MacDougall. Like so many of the headstones here, his seems to receive regular attention, with fresh flowers, carefully placed statuettes and written tributes. 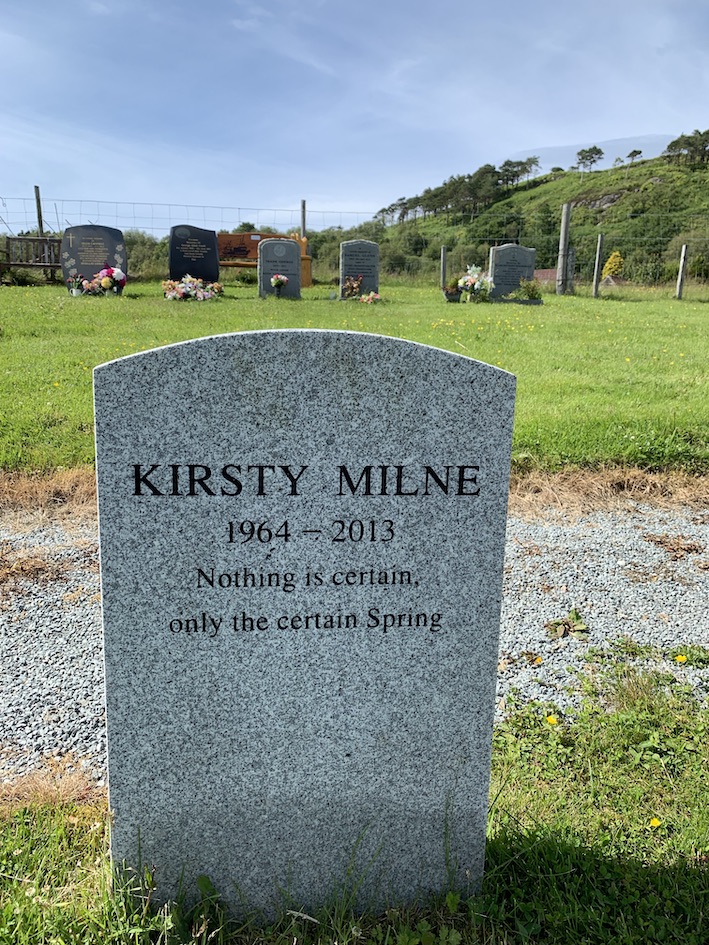 In contrast, but no less powerful, I found myself drawn to this simple, solemn headstone belonging to a woman by the name of Kirsty Milne.

“Nothing is certain, only the certain spring”. 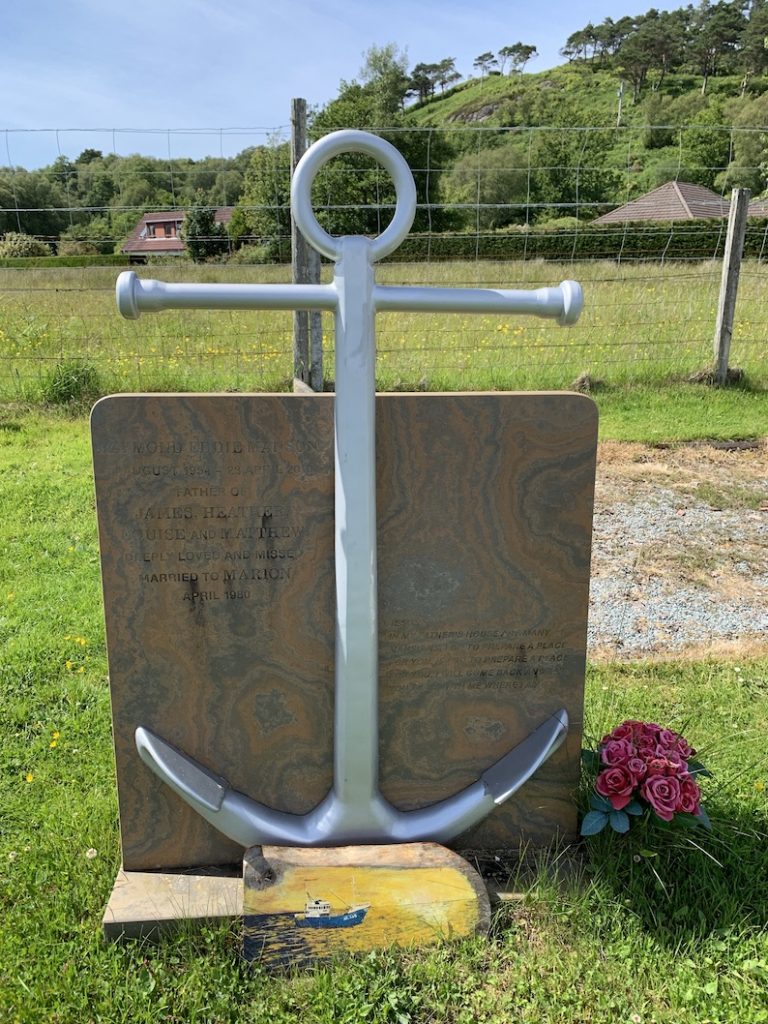 One of the more striking graves is this impressive nautical themed headstone belonging to Raymond Eddie Manson, who passed away in April 2010. Dominated by a giant sea anchor and complimented with a wooden tablet of a boat out at sea, I couldn’t help but wander if Raymond was some kind of grand sea captain or just a keen sailor. 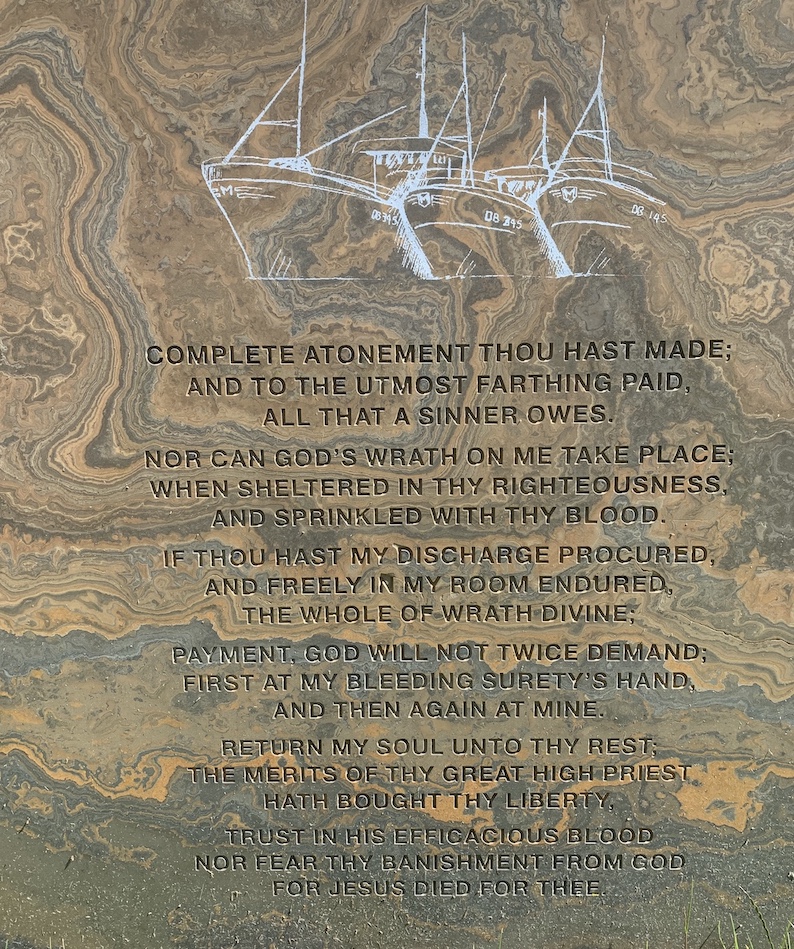 On the back of the headstone, below an engraving of three sailboats, stands a powerful quote from the famed English preacher Charles Spurgeon.

“Return my soul unto thy rest; the merits of thy high priest hath bought my liberty”. 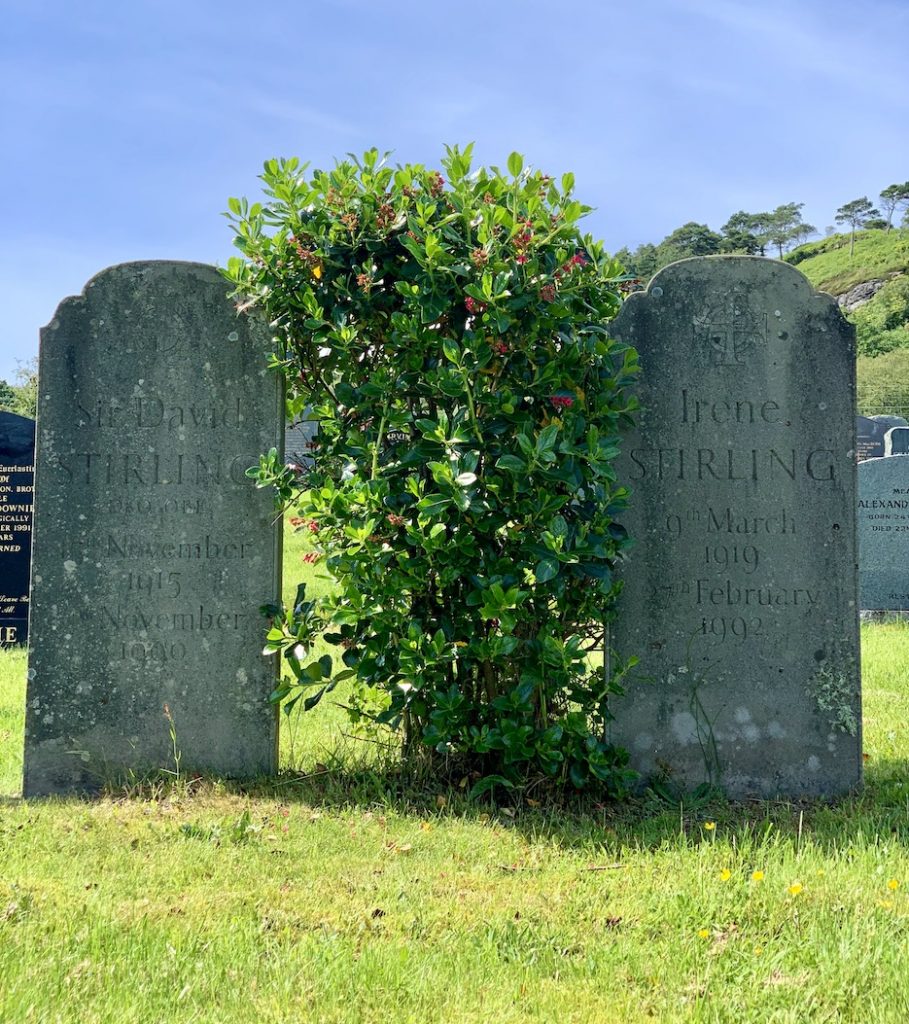 Finally, after much wandering, Thomas led me to Beoraid’s most notable resident. David Stirling was a Scottish officer in The British Army who went on to establish The Special Air Service. Having served in World War 2 with The Commandos for The North Africa campaign, he formed The SAS following an audacious pitch directly to General Ritchie that broke the chain of command. 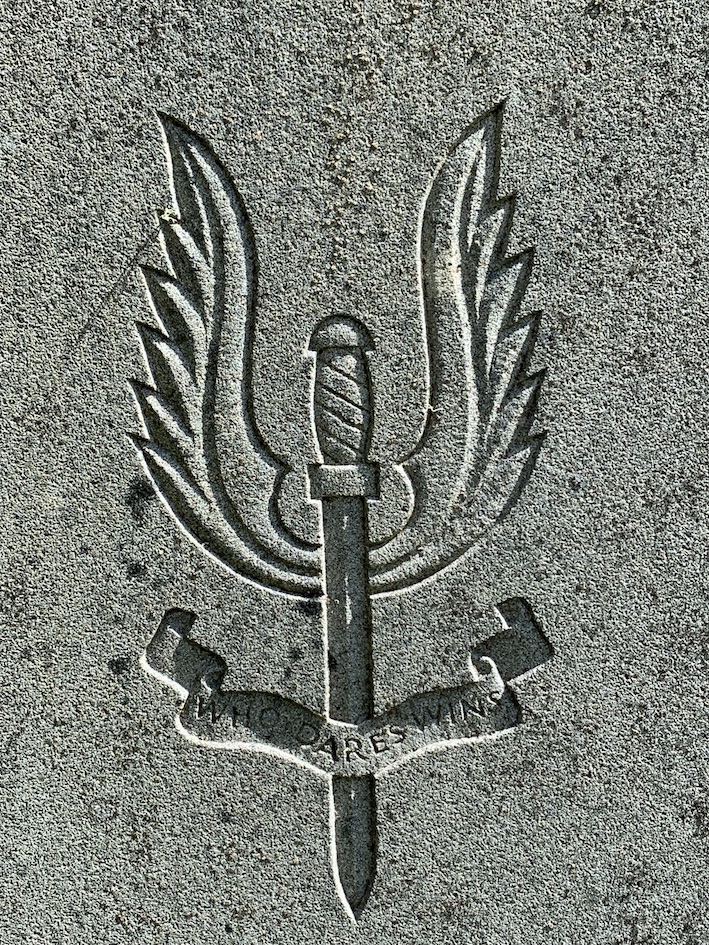 In addition to his military achievements, Stirling was a keen mountaineer who trained to climb Mount Everest. He also founded The Capricorn Africa Society, an organisation dedicated to fighting racism across the continent. Stirling lies in Beoraid alongside his sister Irene.