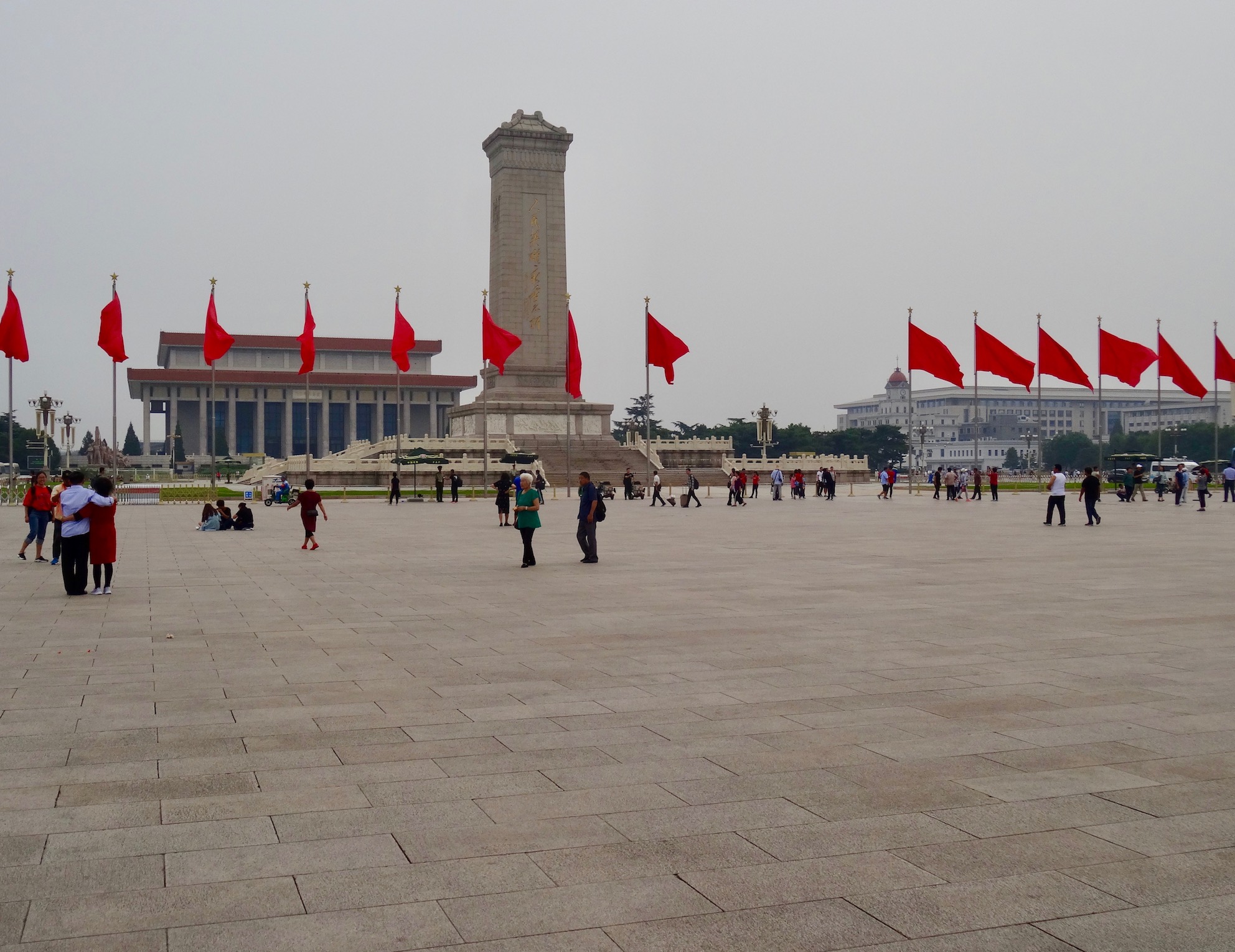 September 2018. I very nearly didn’t make it into Tiananmen Square. I’d stupidly forgotten all about the security checkpoints and then, suddenly, I was face to face with an angry-looking guard demanding my “pass-a-port”. I felt a cold chill run down the back of my neck. But then, as luck would have it, I realised the thing was actually tucked in the top pouch of my rucksack. Phew.

And so into the square I strode, gazing across the vast stone space that stands as Beijing’s most iconic landmark. However, many visitors here find the Tiananmen experience to be rather anticlimactic.  “It’s just a big, empty square, right?” Uh huh. I’m not sure what exactly they’d been expecting. 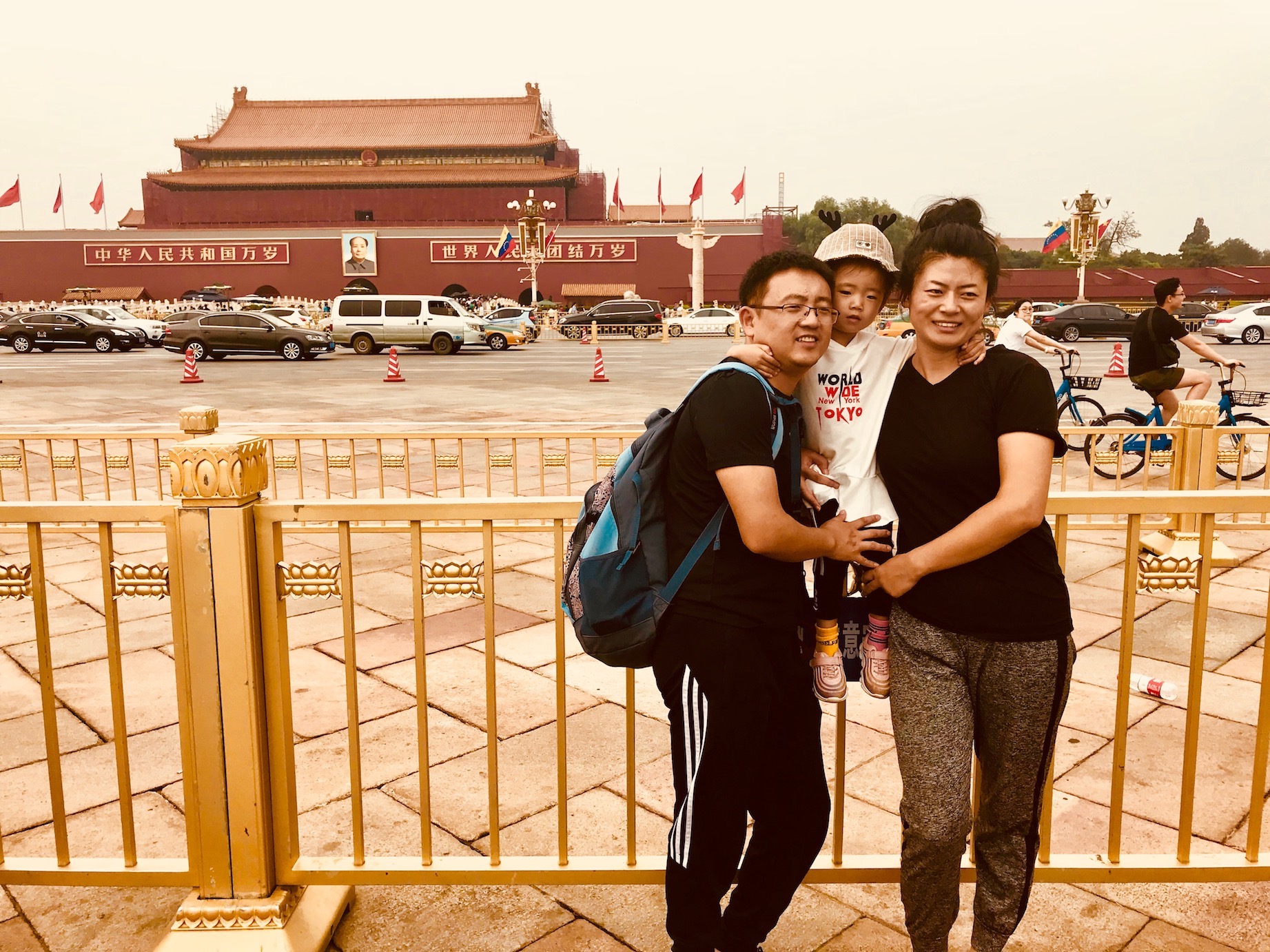 In contrast, it was easy for me to get swept up in Tiananmen’s tangible sense of history. After all, this was the site of the great anti-imperialist protests of 1919. Furthermore, this is where Chairman Mao proclaimed The People’s Republic of China in 1949.

And of course it’s impossible not to think of 1989 and blurry images of gunfire, tanks and one man’s unwavering bravery in the face of imminent annihilation. Nevertheless, Tiananmen remains the source of much pride and patriotic fervour. For the Chinese, a visit here is a very special occasion. This is the square’s northern end, which directly faces The Forbidden City’s Gate of Heavenly Peace. 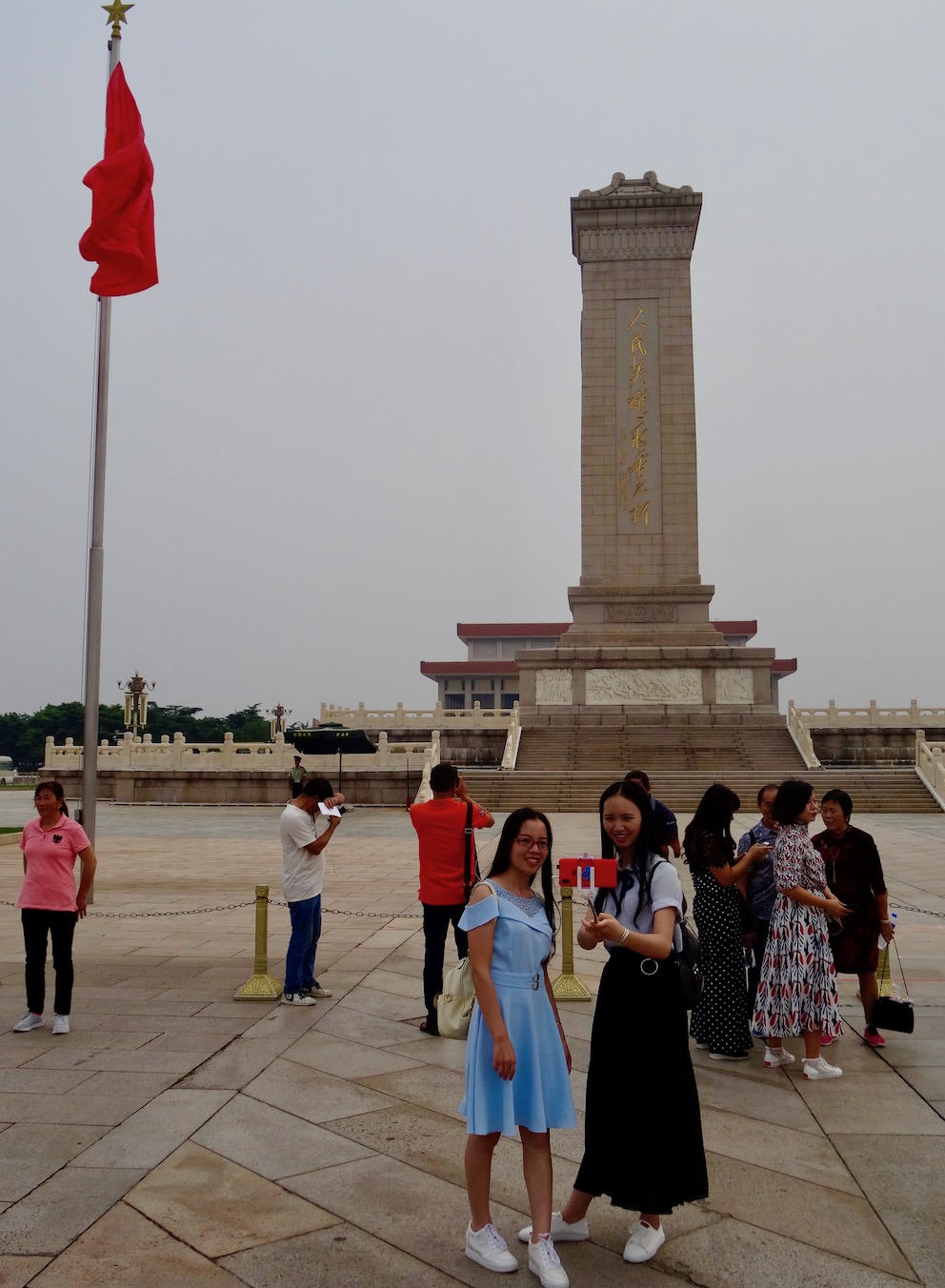 Head all the way down to the southern end of Tiananmen Square for The Monument to the People’s Heroes, unveiled in 1958. This ten storey obelisk is dedicated to the martyrs of the revolutionary struggles during the nineteenth and twentieth centuries. 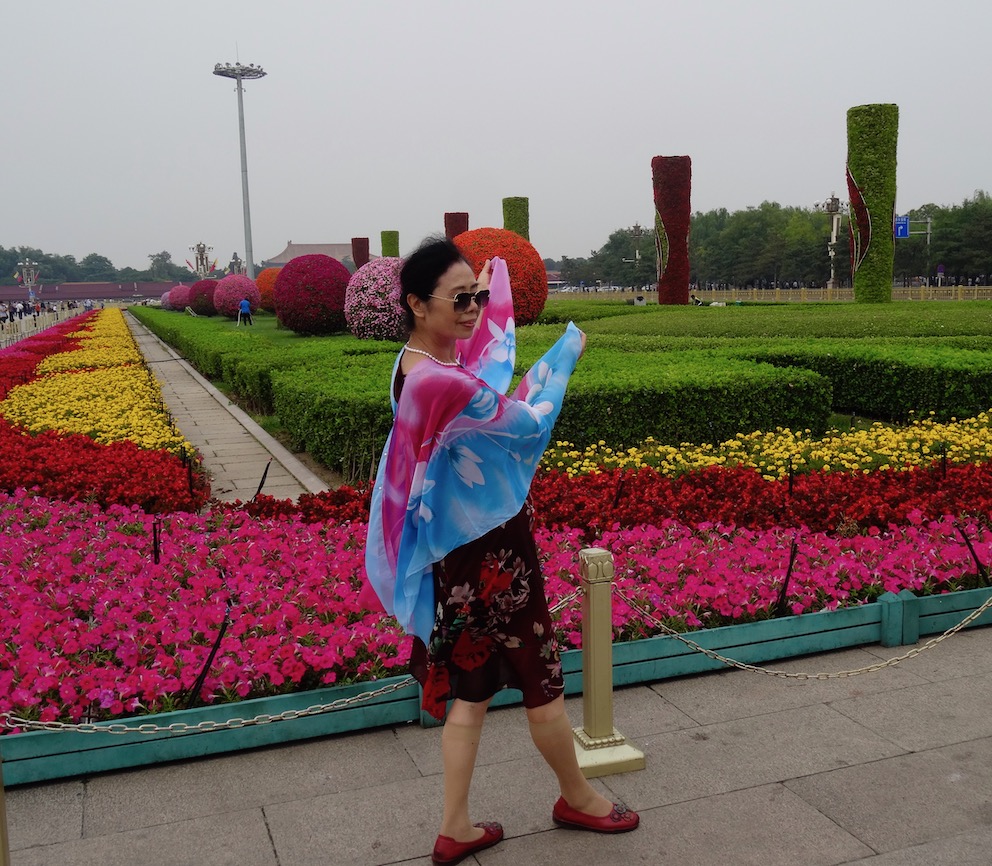 A big part of Tiananmen’s appeal, from a foreign perspective, is simply watching all the families, couples and groups take their photos. 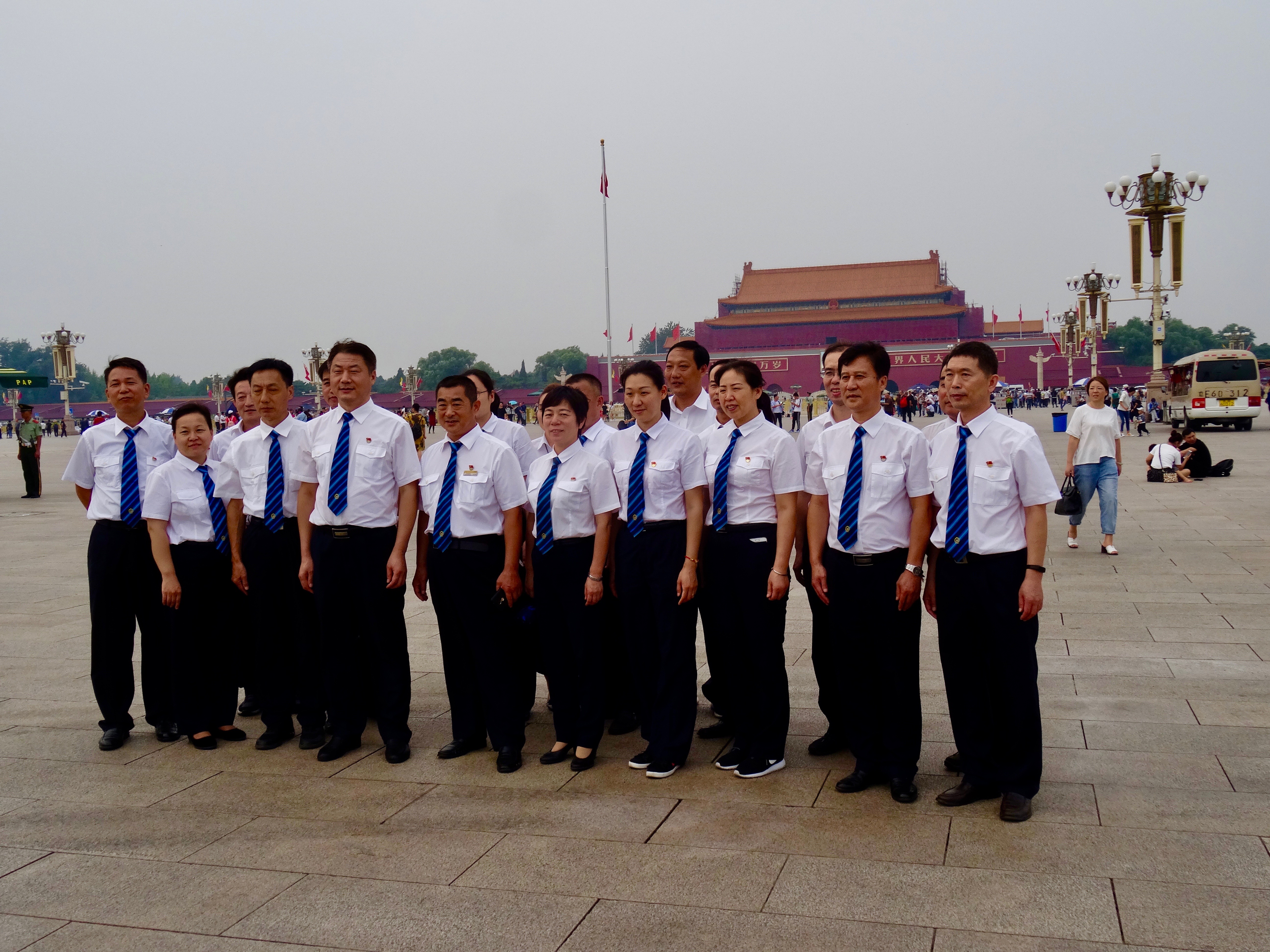 Companies often choose Tiananmen Square for their annual day out and for team building events. The more dedicated of these groups will come here at sunrise for the daily flag-raising ceremony. Crowds also gather at sunset when the flag goes down. 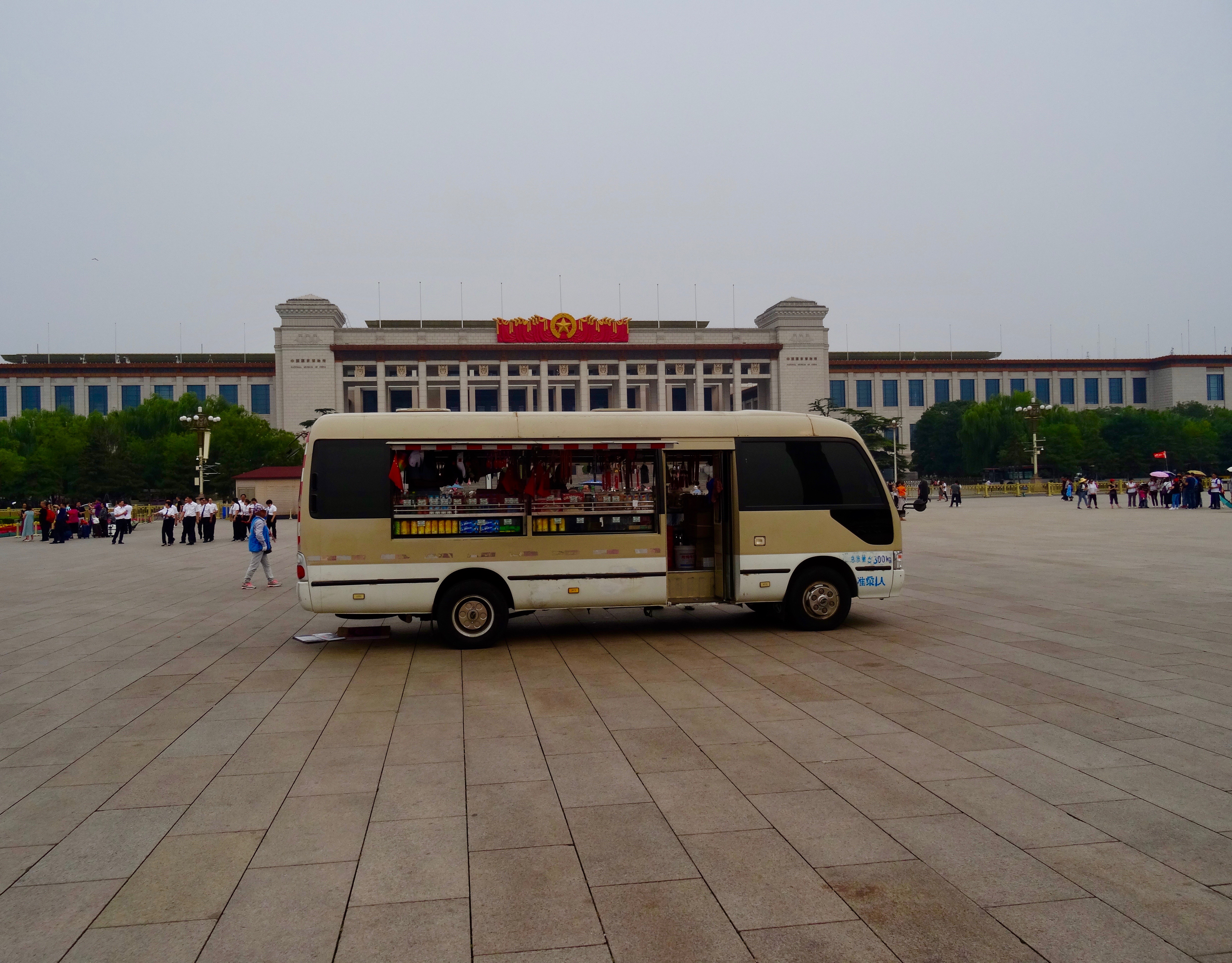 There’s a handful of amusing retro snack buses peppered around the square. They also sell communist trinkets and patriotic souvenirs. This bus, parked on Tiananmen’s east side, sits in front of The National Museum of China.

This is the third largest national museum in the world, with five floors and fifty exhibitions covering nearly two million years of history. The museum is free to enter daily (except Mondays) from 09:00-16:30. Again, make sure that ID is handy!

During my stroll, I caught sight of a cheerful man drawing in spectators with his kite waving. However, the frivolity was soon stopped by a security guard who demanded to see his ID before telling him to put his kite away. 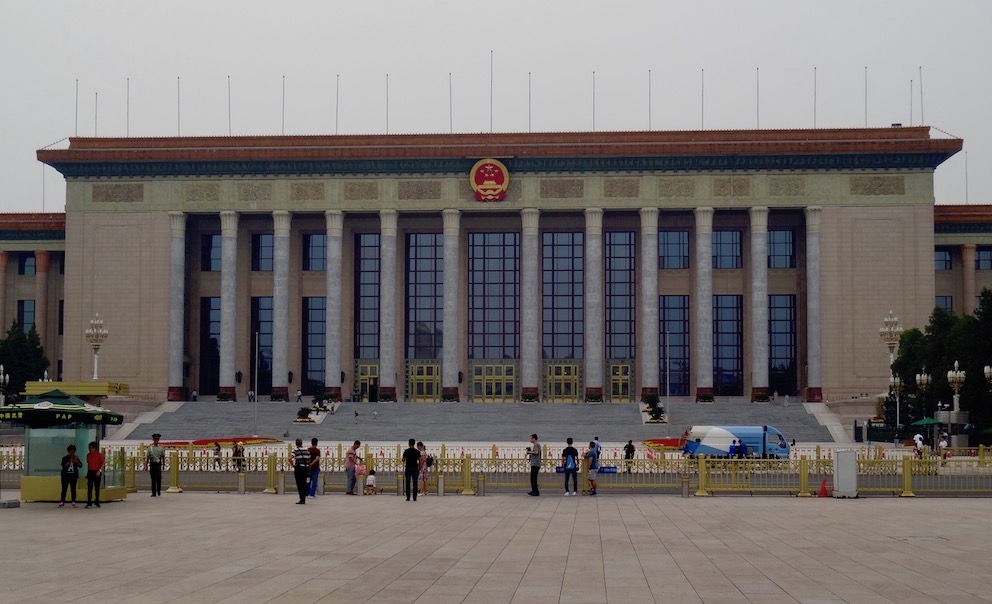 The Great Hall of the People, Tiananmen Square.

The building on the square’s western side is The Great Hall of The People, home to The National People’s Congress. It has over 300 meeting halls and a 10,000-seat auditorium. It is possible to tour the Great Hall, as long as there are no special events going on. Entrance is 30RMB (£3.40/€3.80/$4.40) and opening times vary throughout the year. Certainly check ahead of your visit and never forget… passport, passport, passport!!!

Like this? Check out my many other reports from across Beijing.

Want to delve further afield? I’ve written stacks of articles from all over China.

For a deeper insight into my time teaching in Shangdi, take a look at my short story collection Challenged in China.