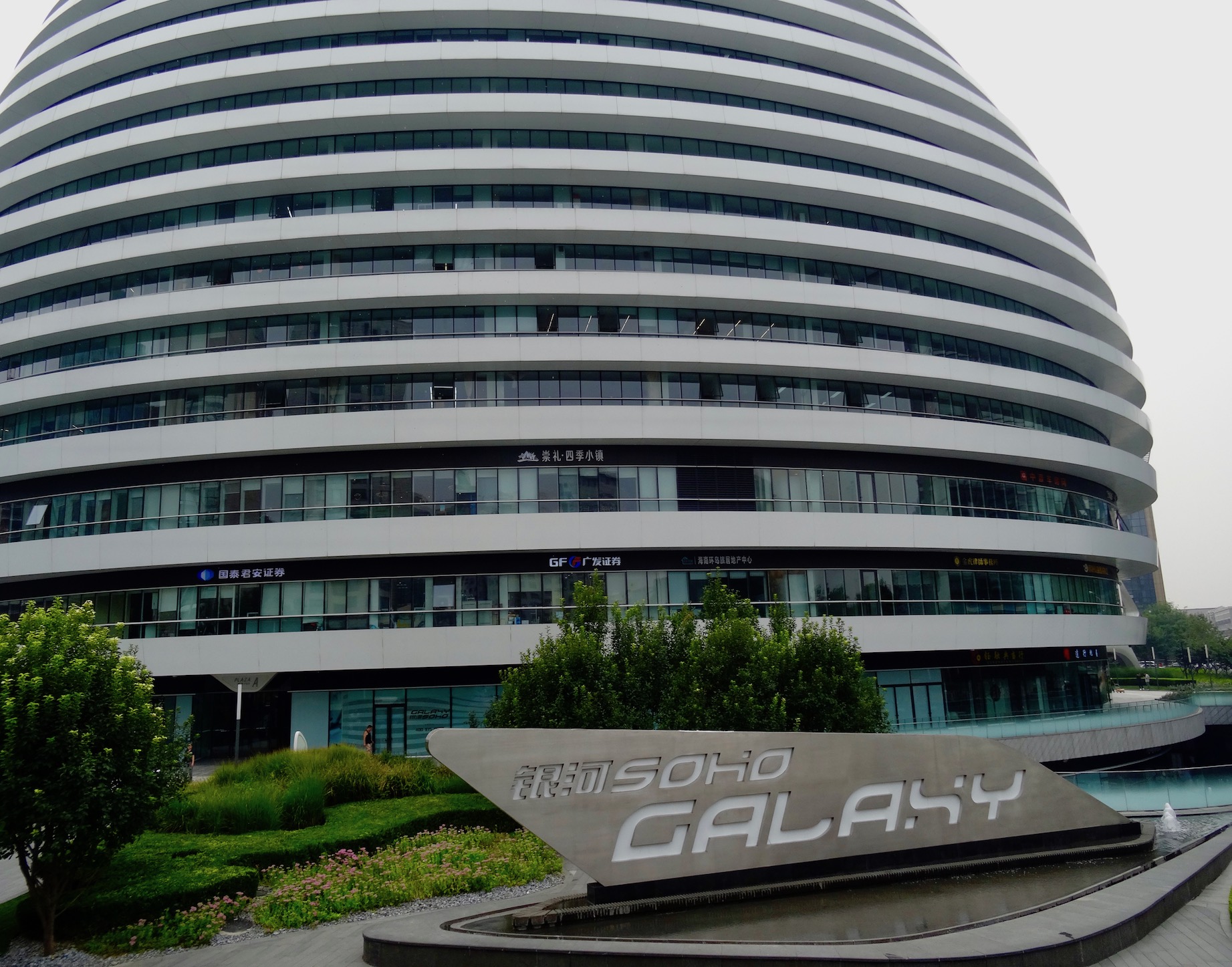 September 2018. If you’re planning a trip to Beijing, you might not even consider a visit to the city’s largest shopping mall. But whatever you’re doing in the Chinese capital, a half an hour diversion to the amazing sight of Galaxy SOHO Mall is well worth it! Designed by the acclaimed British-Iraqi architect Zaha Hadid, this spectacular building is like something out of a sci-fi movie. 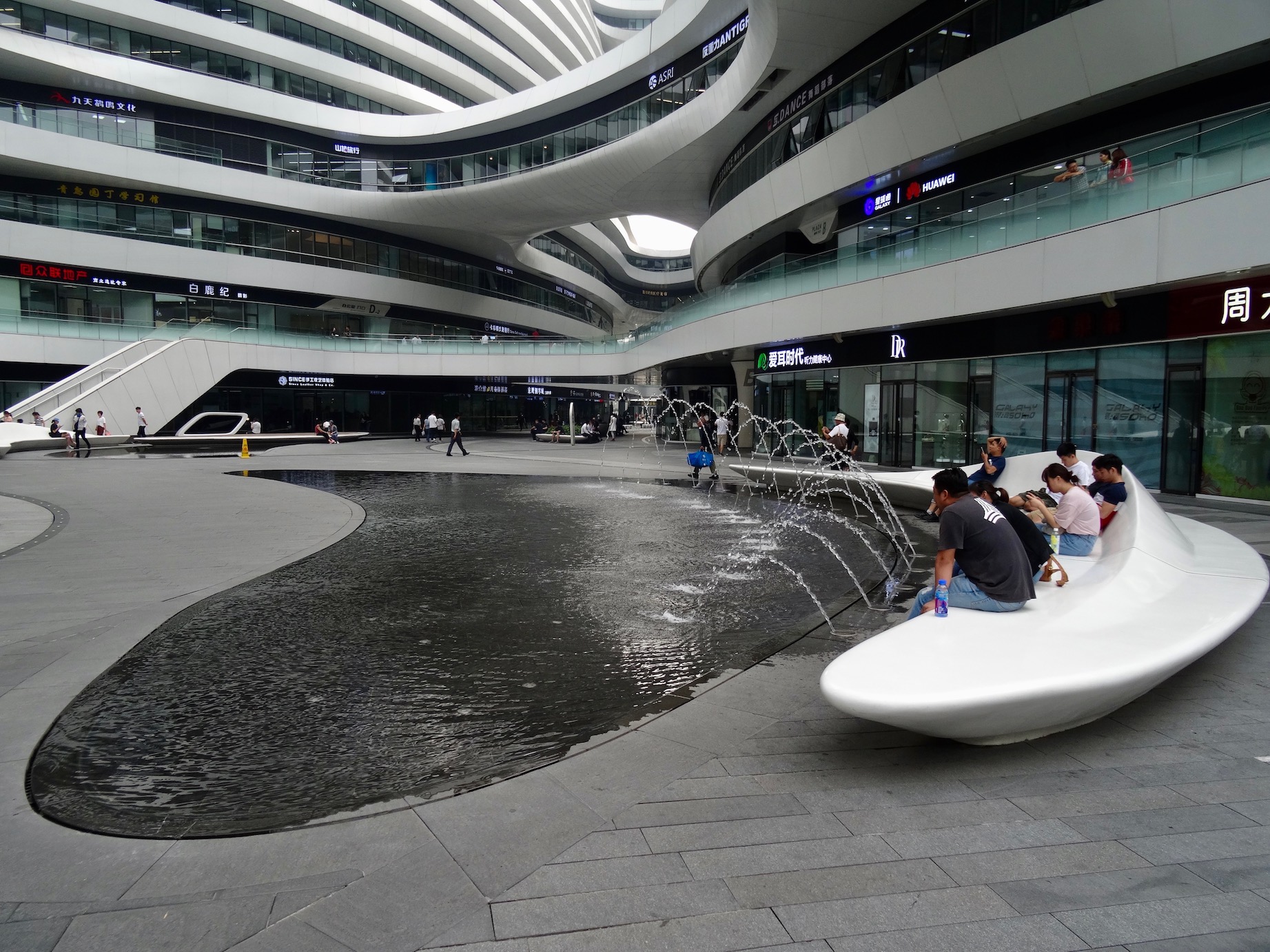 I’d like to quickly point out that I had no interest in actually shopping. And dear lord was that just as well, because here the order of the day is mostly luxury brand boutiques. Instead, I was content with a stroll around the complex taking in its extraterrestrial angles. 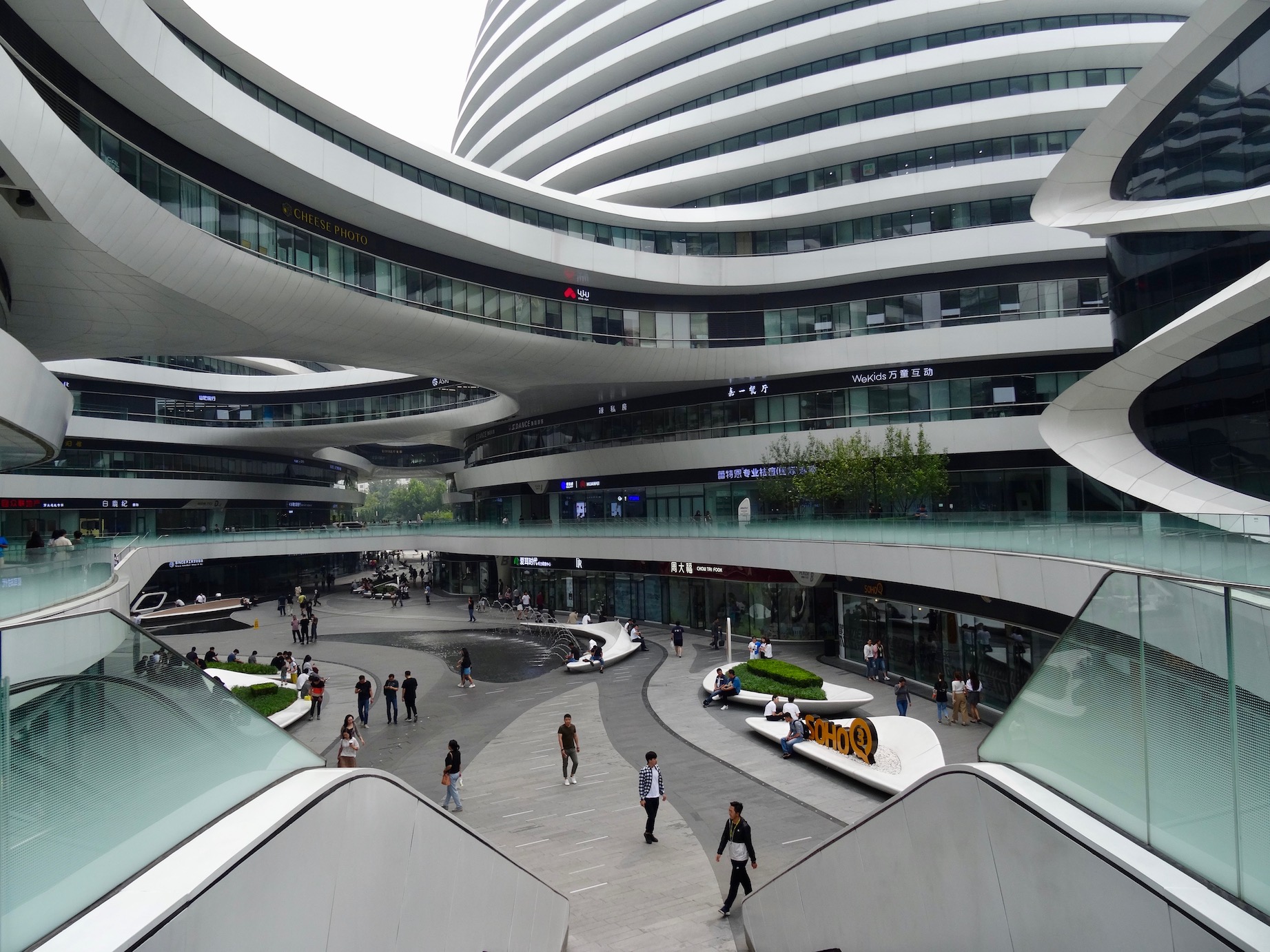 The mall is a stunning building of futuristic balconies, bridges, towers, fountains and streams. I loved the whole design, but actually the mall is wildly unpopular with many people. Some say it’s little more than an eyesore. Locals meanwhile have complained that it’s an insult to Beijing’s cultural and traditional heritage. Furthermore, it certainly didn’t help matters that a large section of traditional housing was bulldozed to make way for its creation. 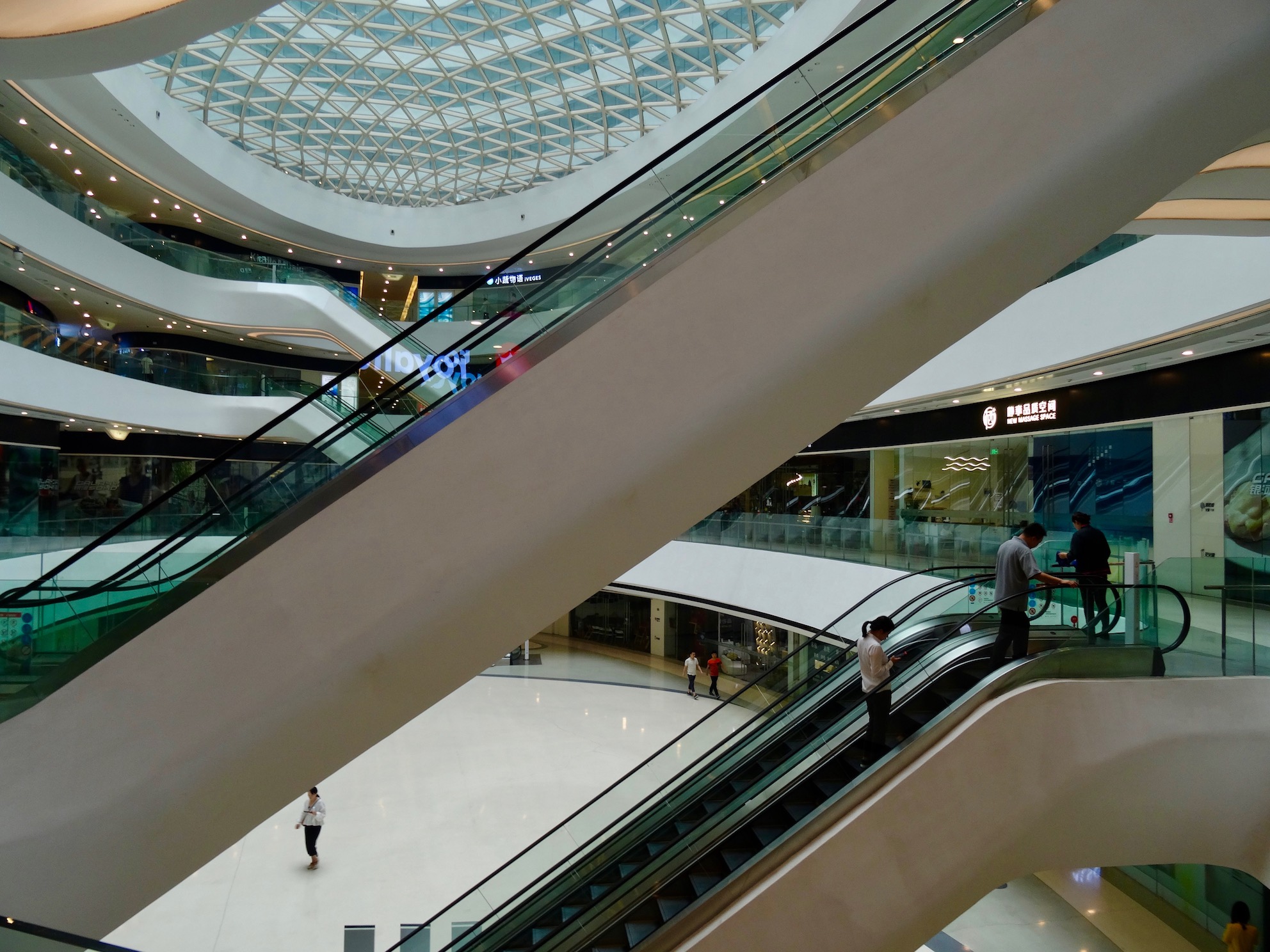 The mall is home to over four hundred thousand square meters of retail space. However, it’s nowhere near fully occupied and, as a result, you’ll notice lots of empty storefronts and boarded up units covered with advertising posters. 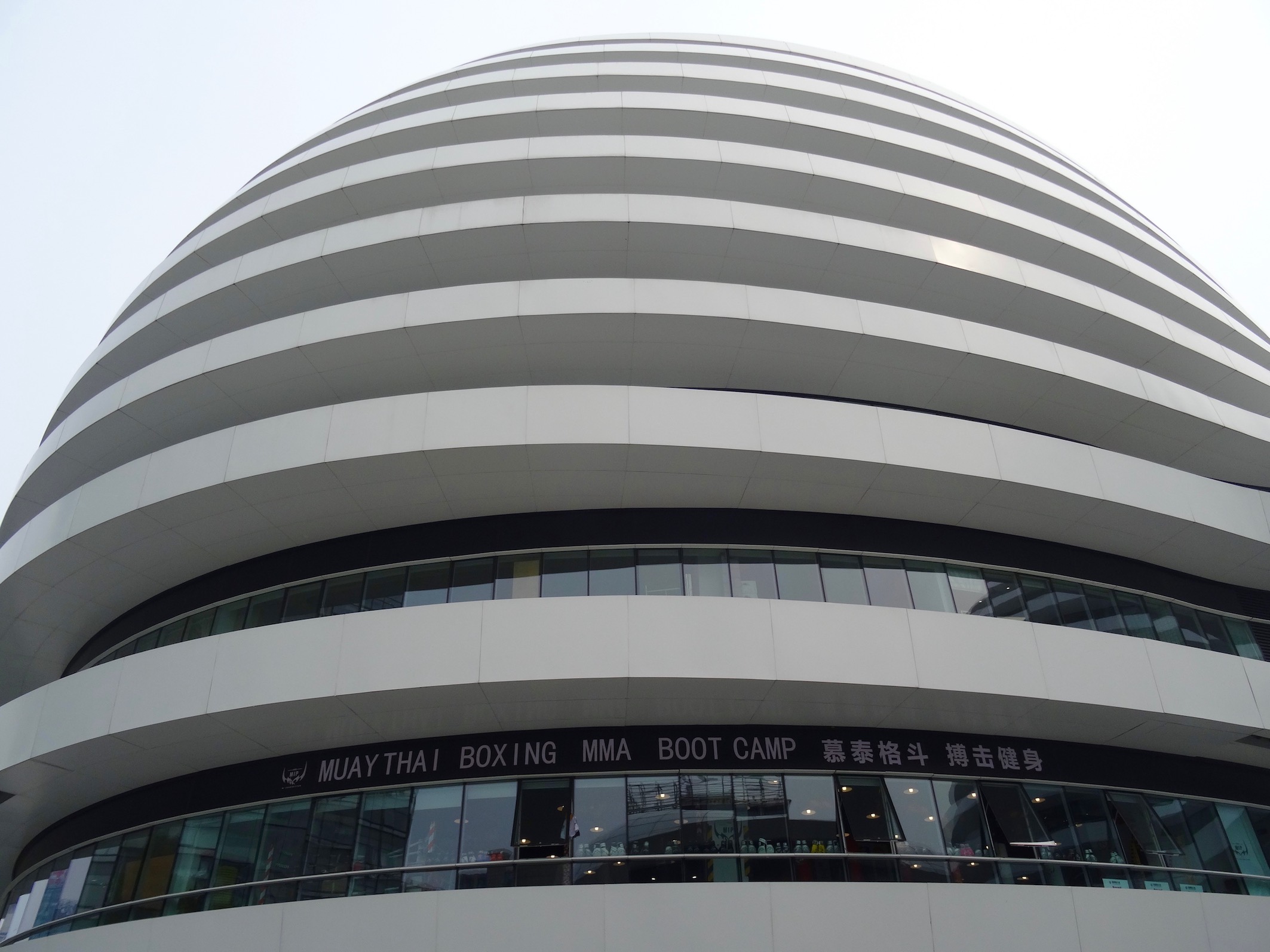 The May Thai Boxing Camp at Galaxy Soho.

After much poking around, I did find a handful of curiosities. There’s a cosy cat café on the ground floor, featuring a dozen felines and a menu with reasonably priced western dishes. Elsewhere, why not pop your head into The Beijing Hungarian Cultural Institute. You can also sign up for boxing classes at the second floor Muay Thai Boot Camp. Instructors are from The UK and The Philippines. 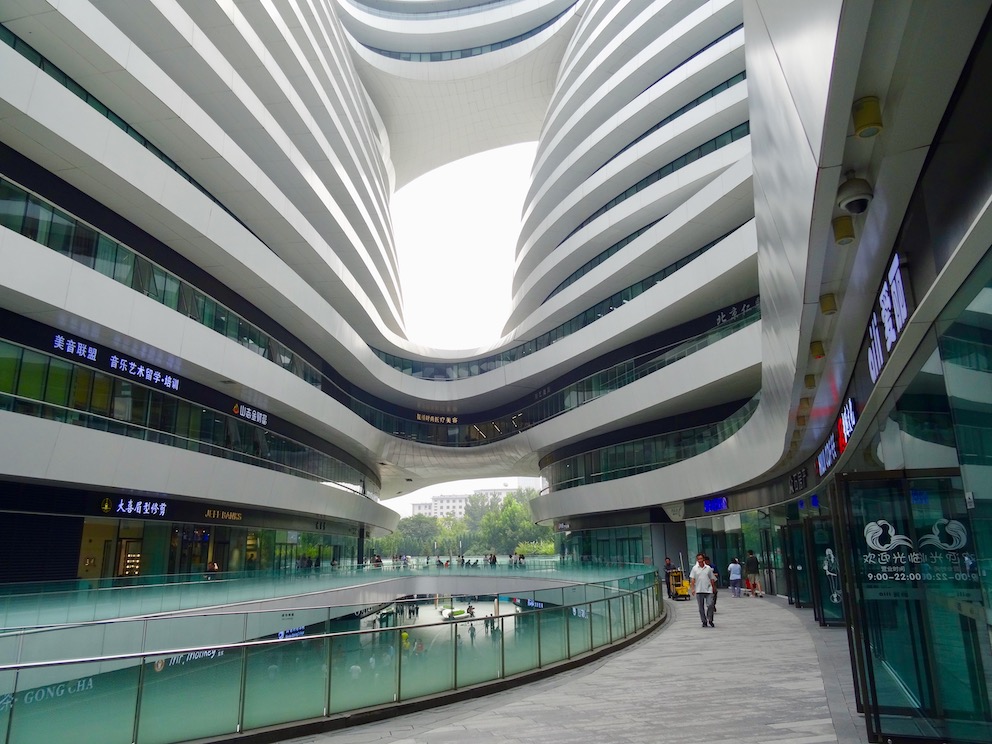 For more on this stunning complex, take a peek at Galaxy Soho’s listing through Zaha Hadid Architects.

Like this? Why not have a look at more of my travel reports from around Beijing.

Want to delve further afield? I’ve written stacks of travel reports from all over China.