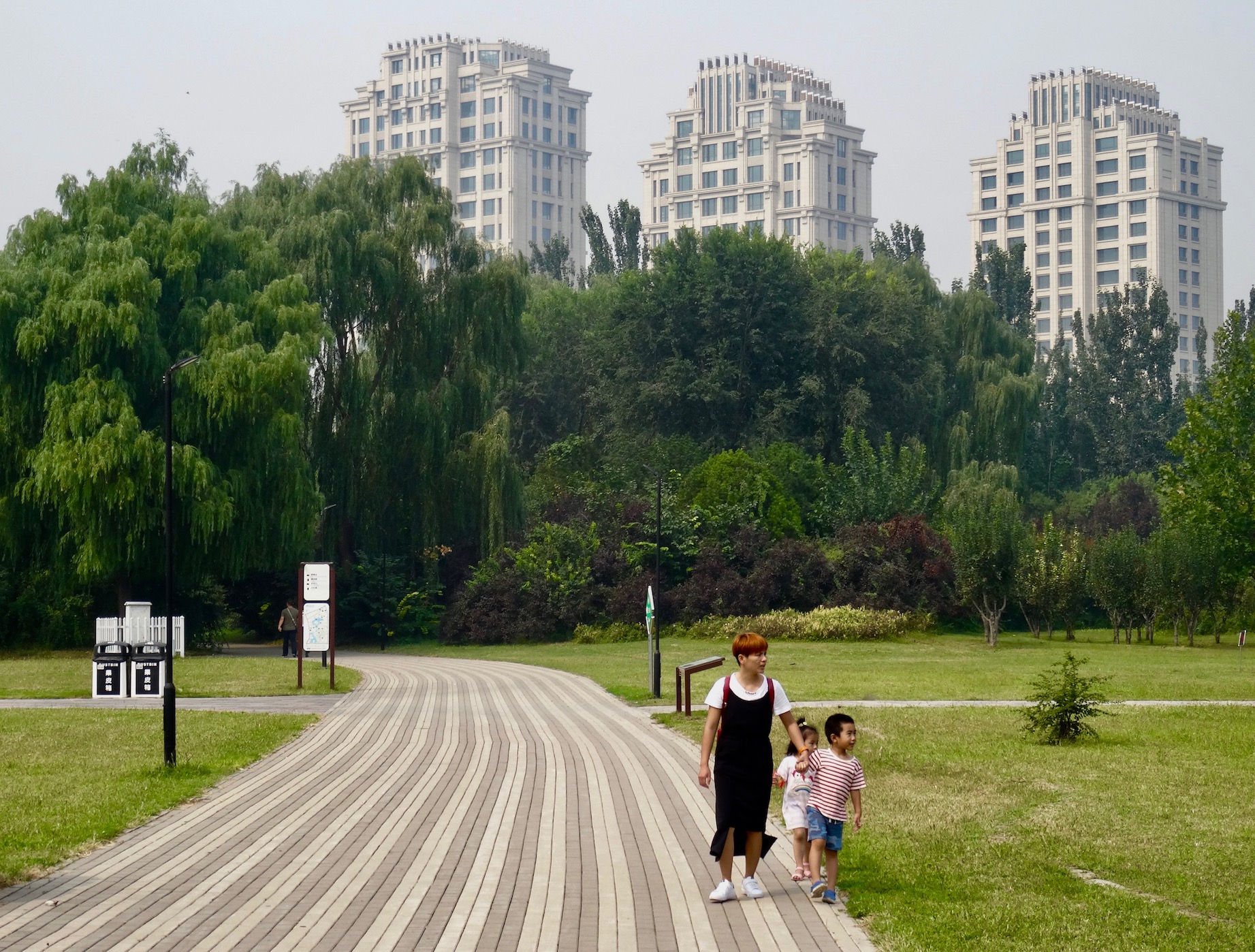 September 2018. It was a warm, lightly smoggy morning in Beijing when I headed out for the day. I had quite the day planned, with a hit list that included Galaxy SOHO Mall, Tiananmen Square and Friends Café. Chaoyang Park was right on my doorstep, just across the road from my friend Temperance’s apartment where I was staying. The poor girl had to work, therefore it was just my thoughts and I as I entered Beijing’s largest public park through the north gate. 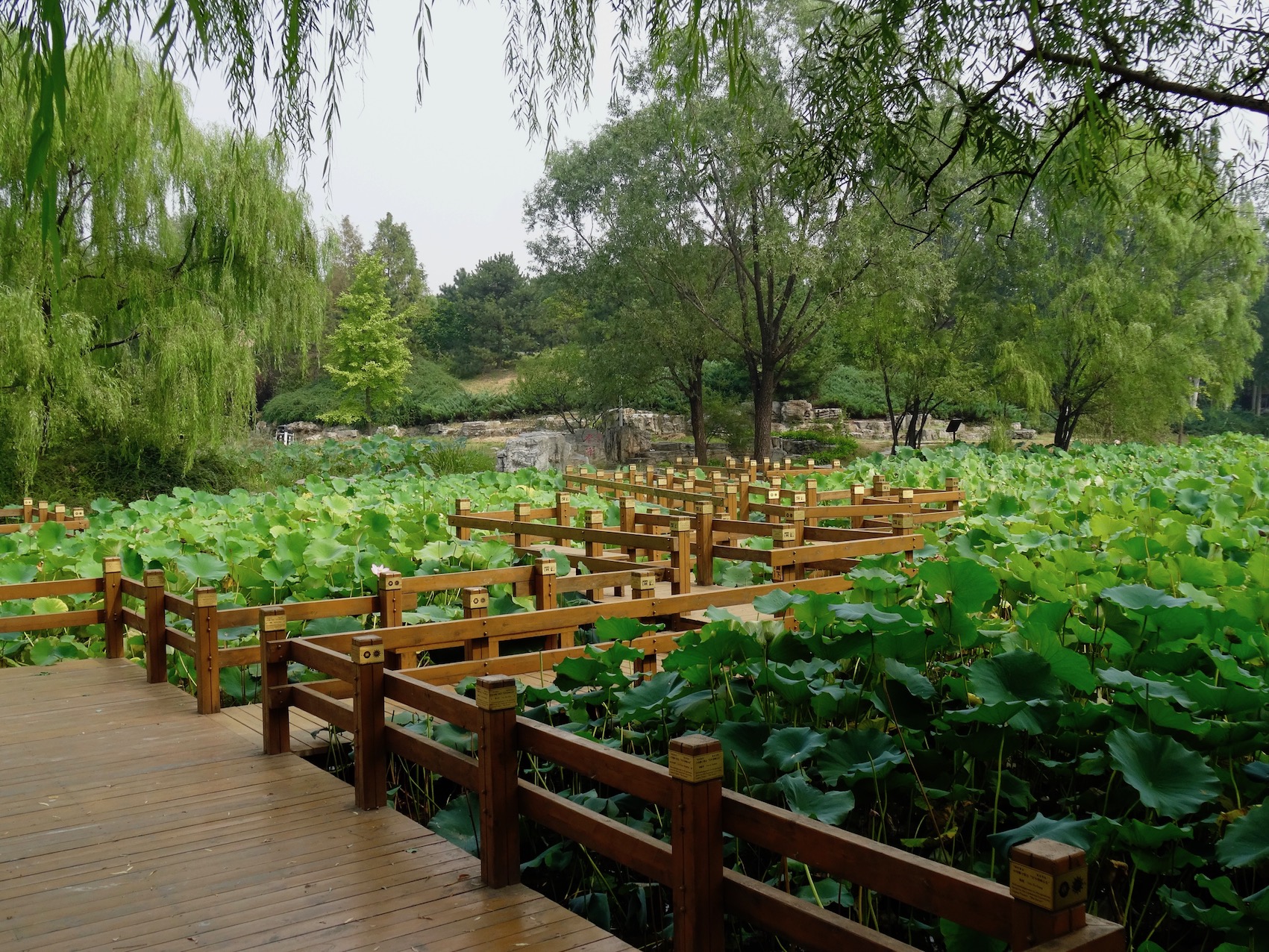 Think of the world’s great capitals and in most cases their parks are household names. Take London’s Hyde Park and New York’s Central Park for example. But for some reason Chaoyang Park doesn’t really register, despite Beijing’s giant strides in recent years as a heavyweight world capital. Indeed I found my morning walk to be a very understated affair, with few people about and little going on. This suited me just fine, after all the natural beauty was more than enough as I made my way through this pretty section of boardwalk known as Ecological Valley.

Aside from the occasional jogger and wandering couple, it was eerily quiet that morning. The few souvenir shops, snack stalls and fairground rides I came across were all closed. However, I did stumble upon this cheeky family helping themselves to sour apples! They weren’t messing around either, filling three to four plastic bags between them. That’s the grandmother up in one of the trees! 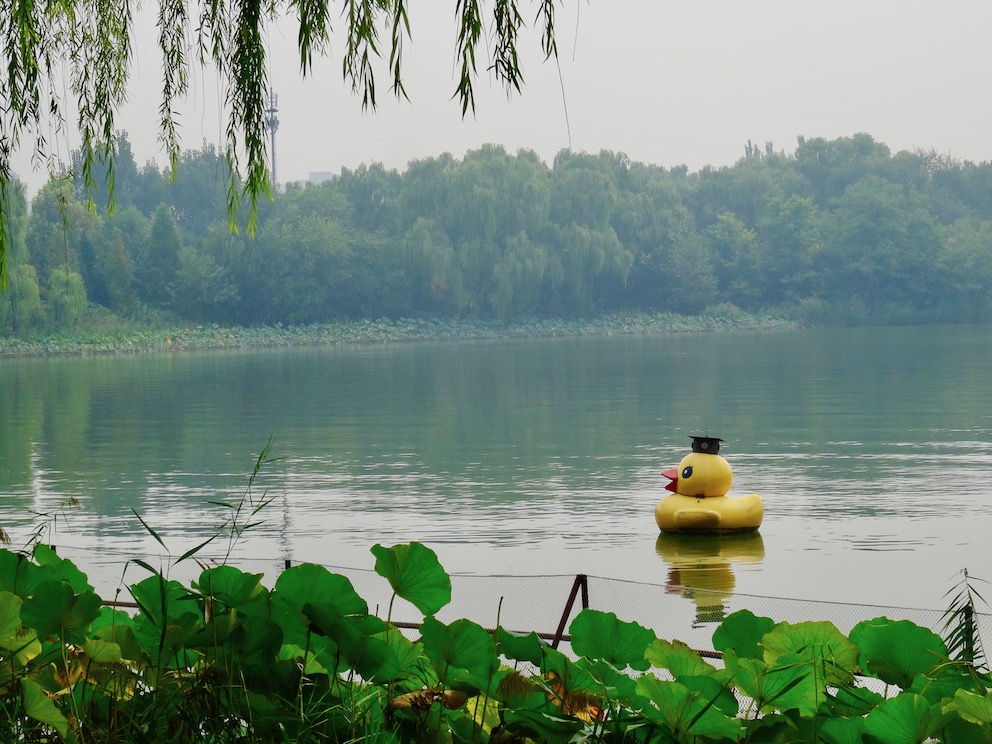 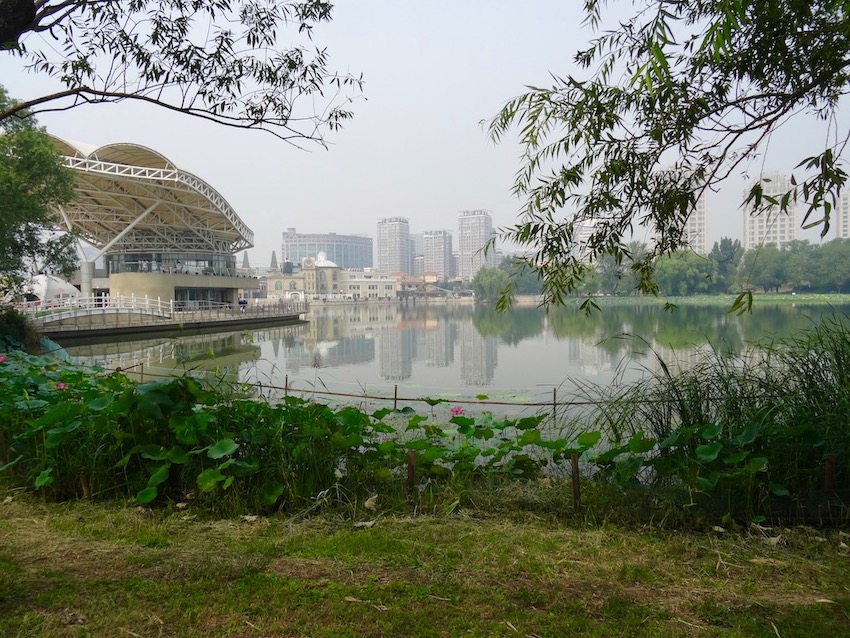 The Lake is home to Zhongxin Island Theatre, a 5000 capacity arena that holds traditional live events like opera and dance. You can also boat on the lake in a variety of vessels for a range of prices. The cheapest option is a four-person pedal boat for 50RMB an hour (£5.60/€6.20/$7.30). 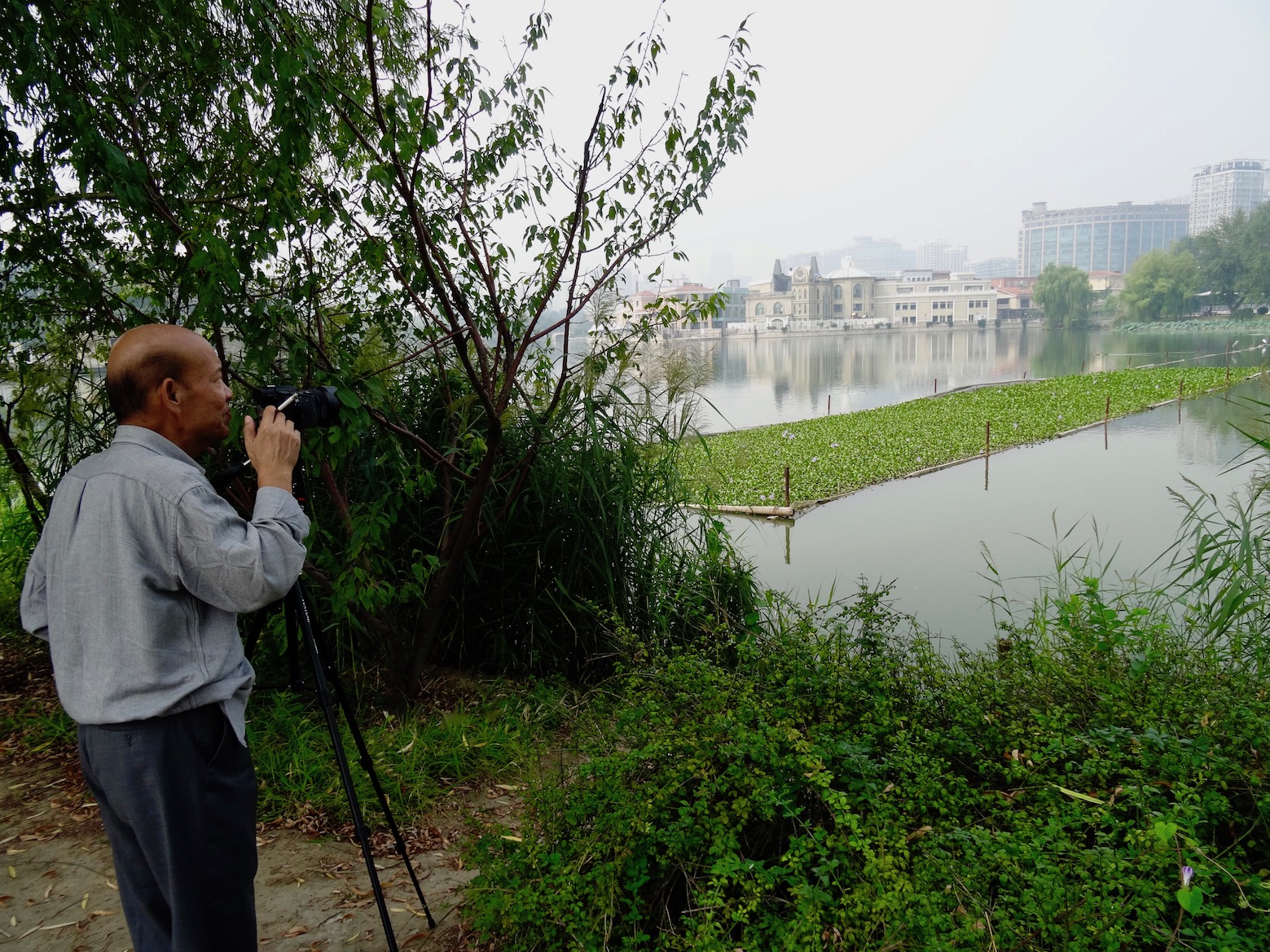 The photographer pictured above became very chatty when he saw me. Oddly, he complimented me on my wildly inferior Sony Cybershot camera. Furthermore, he got quite animated upon discovering I was from London. Waving his cigarette in my face, he chattered away excitedly with some vague references to Winston Churchill and The Queen. He then started asking me questions about English cheese, but my Chinese wasn’t good enough to grasp what he was on about. 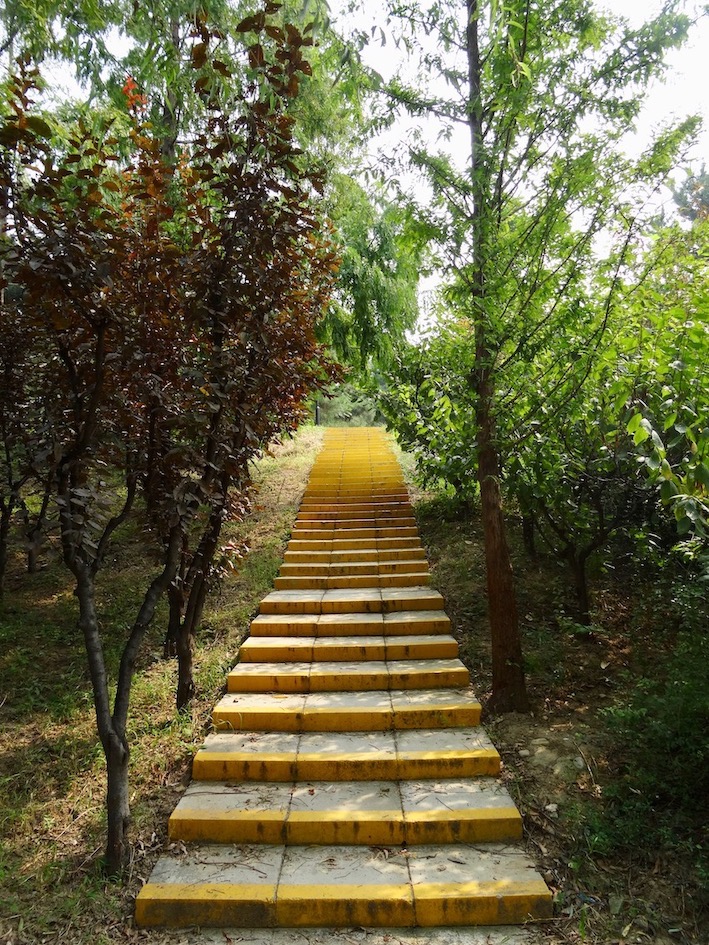 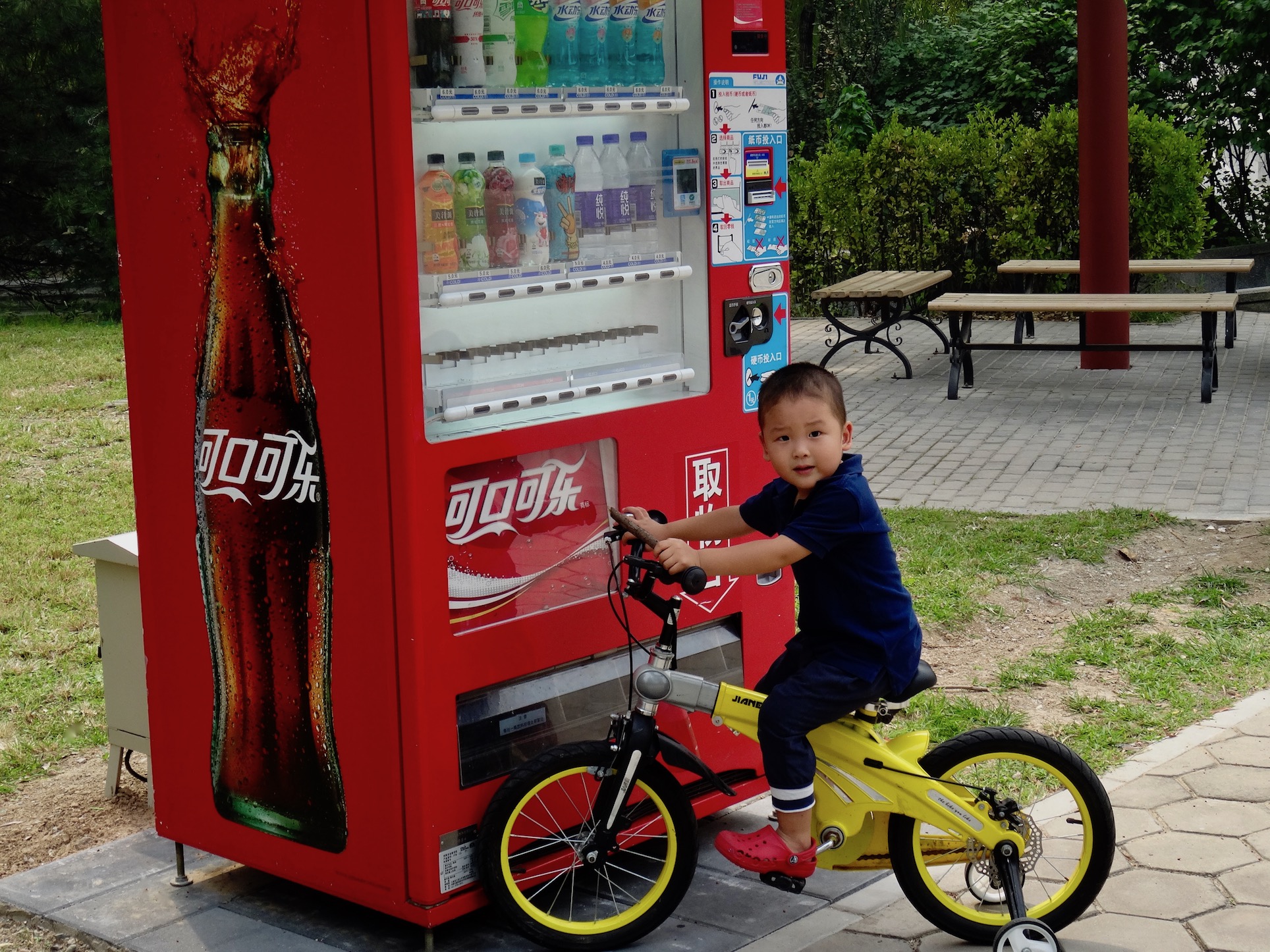 Like this? Why not take a look at more travel reports from across Beijing.

Want to delve further afield? I’ve written stacks of travel reports from all over China.