September 2018. Take a stroll down Beijing’s largely deserted Olympic Green and it’s hard to imagine this was once the heart of China’s biggest ever sporting event. However, it was right here that the 2008 Olympics burst into life with a dazzling opening ceremony. Today The Green (actually a giant stone boulevard) has the feel of a radiation zone. This is despite the fact that it holds some of the city’s most iconic structures and popular attractions. The Olympic Tower is the highest of all the buildings here, where five observation decks offer fine city views. Entrance is a pricy 170RMB. 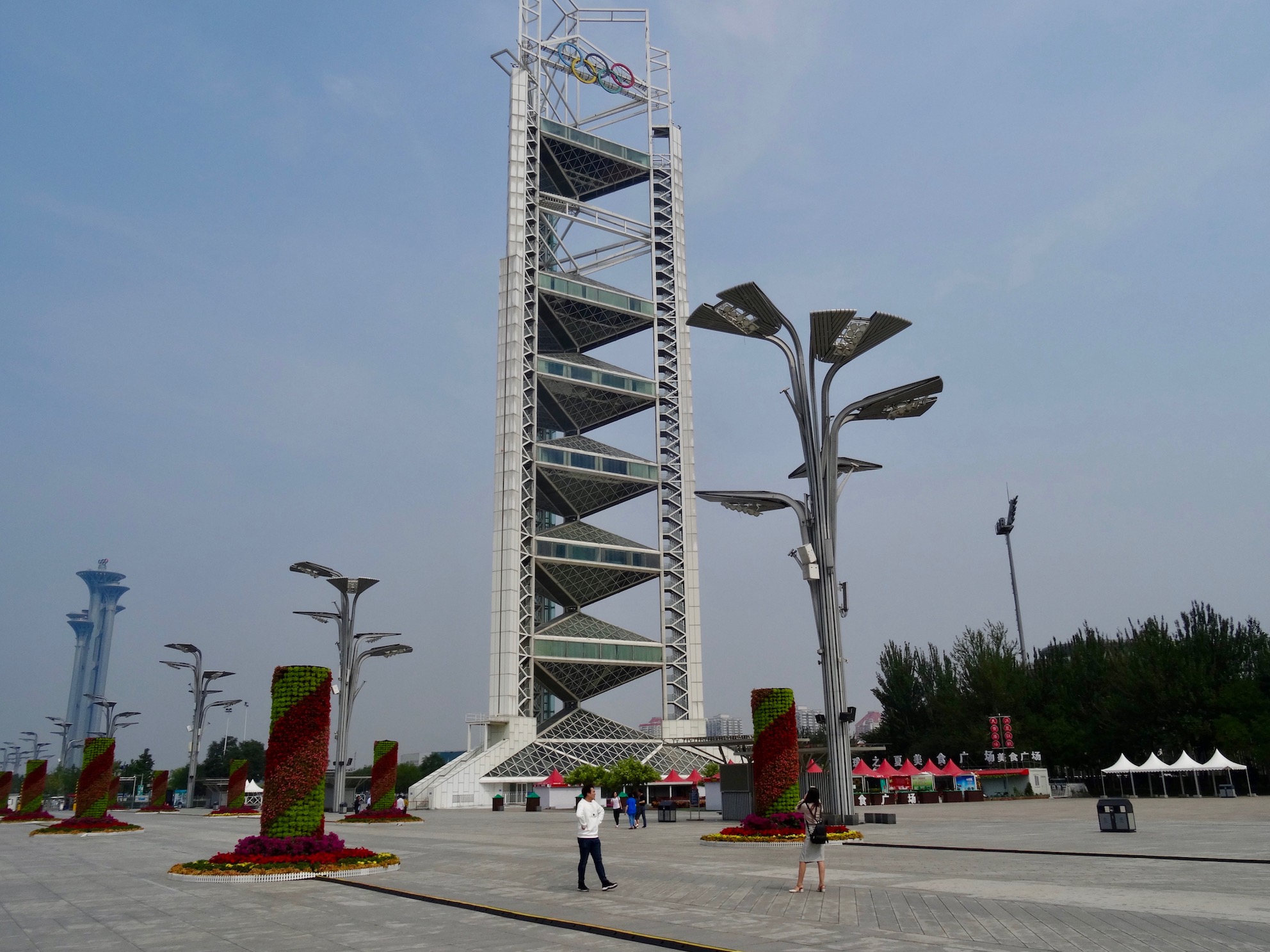 I’d come here with my old friend and former student Lily, a Beijinger who like me was excited to be exploring the area for the first time. It was a moderately smoggy morning, which actually enhanced the apocalyptic feel as we made our way. The curious-looking building above is Ling Long Pagoda, home to China’s International Broadcast Center. Its six triangular shaped pods are actual TV studios. The BBC occupies the second one from the bottom! 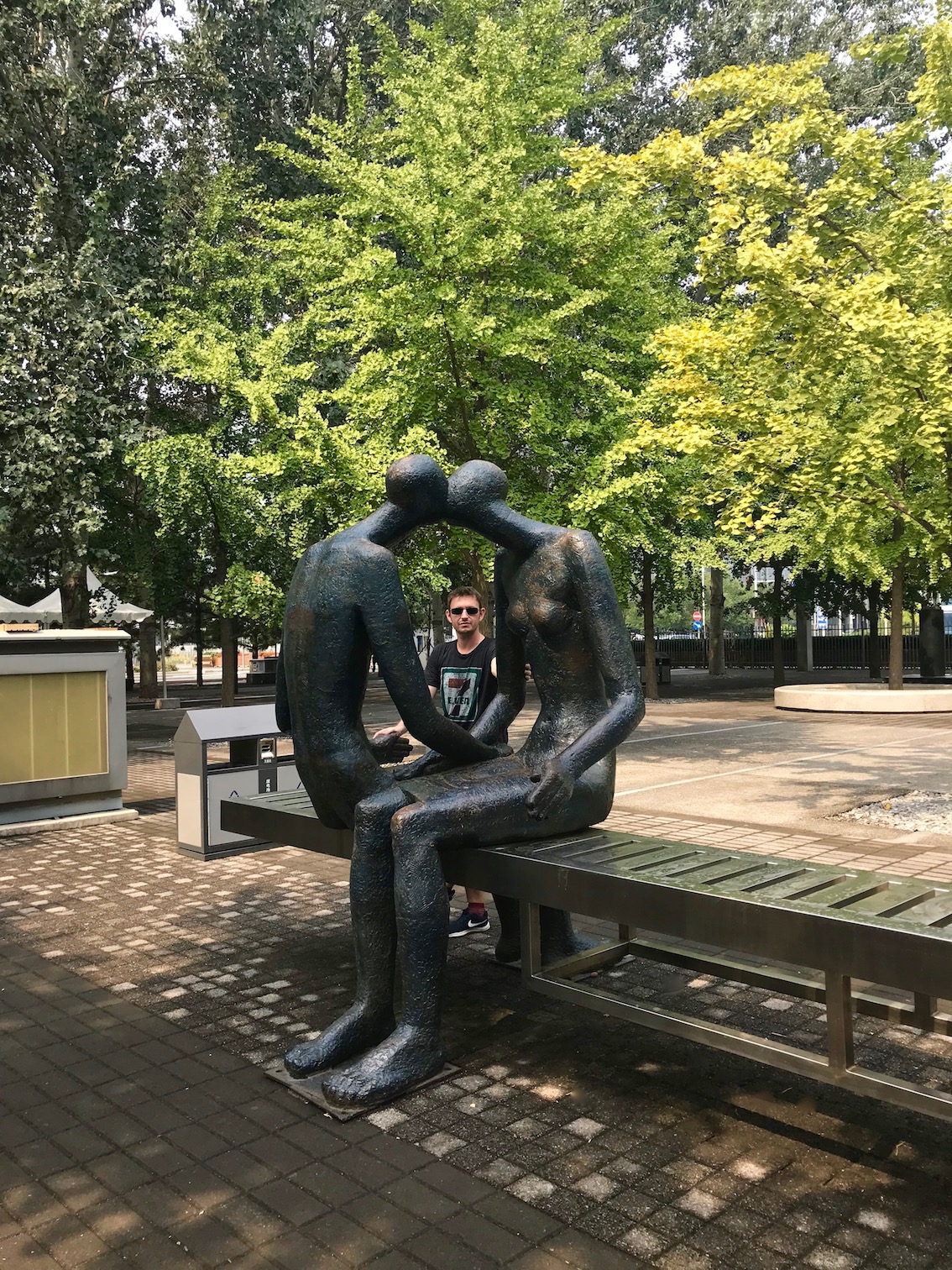 The Green also features a pretty, understated sculpture park. It’s a peaceful area, with benches, resting stations and a sleepy snack booth. This statue by Zhu Shangxi is called Love Sculpture, which has an accompanying plaque. It reads “Two couples sit face to face on a suspended bench. They embrace each other as if the world in front of them has vanished”. 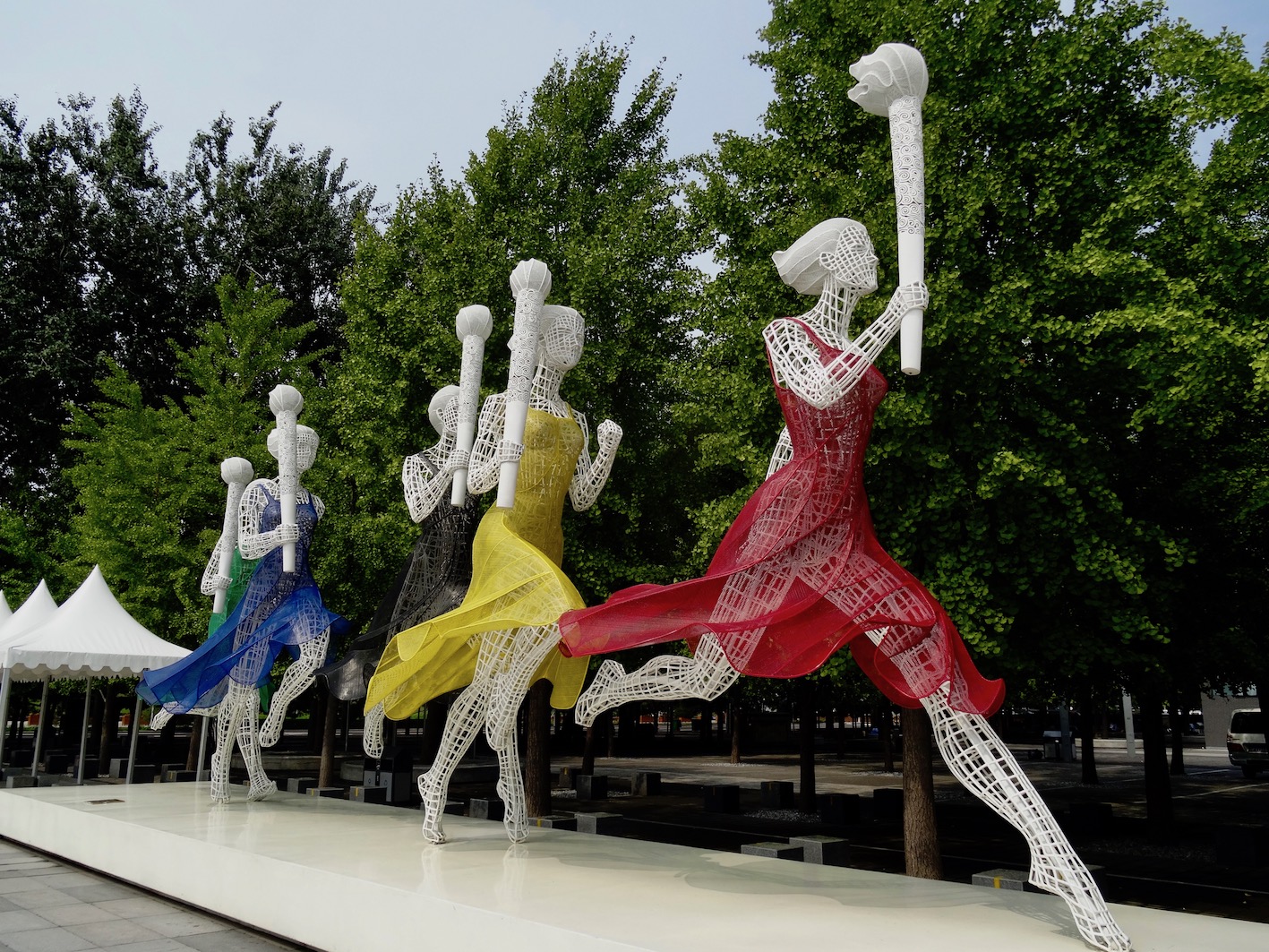 There are about eighty sculptures scattered about The Olympic Green. This handsome row of relay women is titled Passing the Olympic Flame, with its cry of “higher, faster and stronger”. 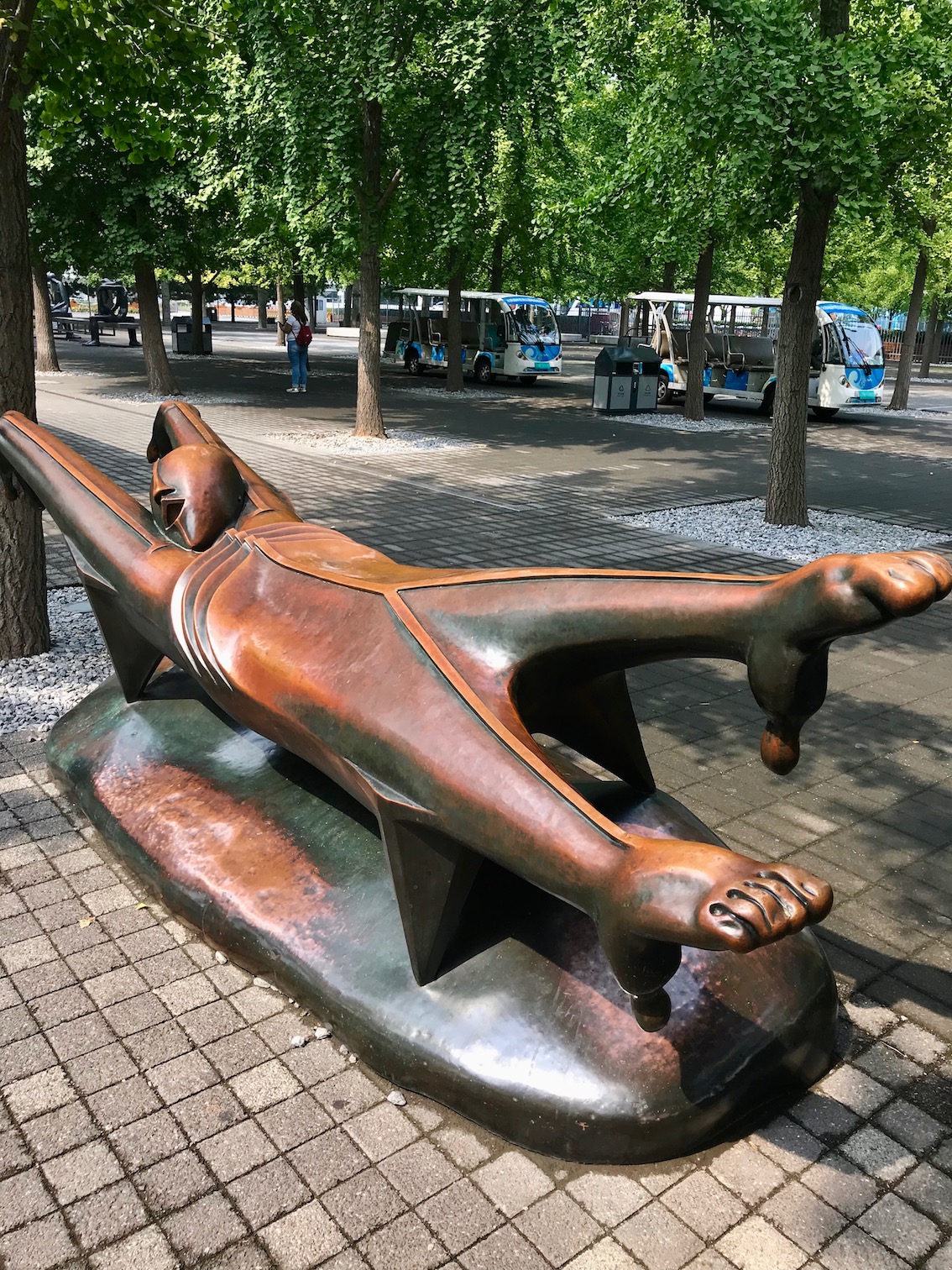 The Olympic Green is also where you’ll find The National Indoor Stadium, which is used for gymnastics, handball and basketball. Furthermore, there’s a tennis complex, an archery centre and hockey fields. 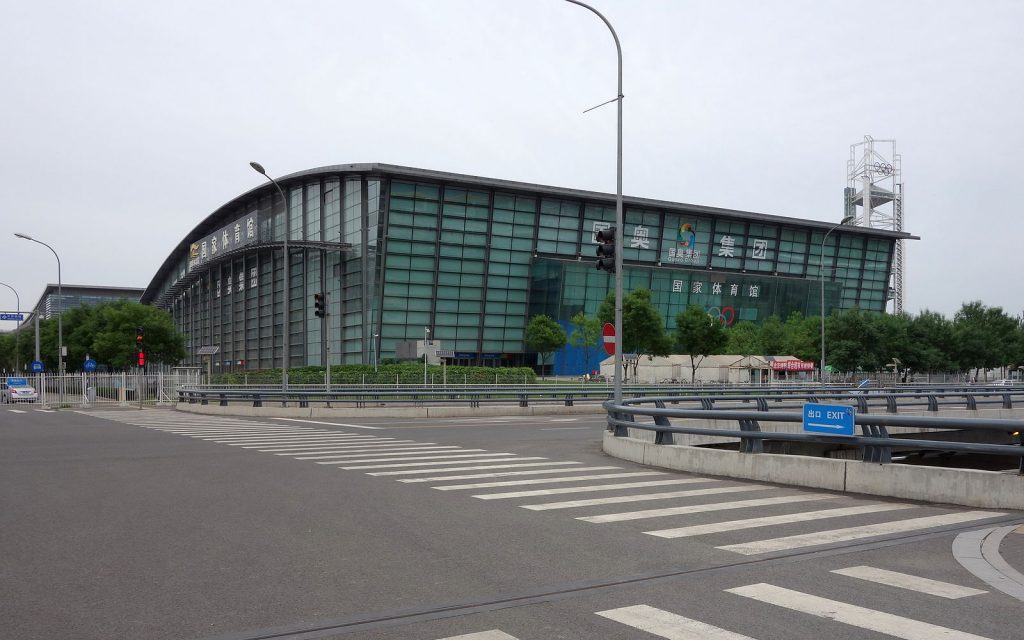 You’d certainly need two full days to properly investigate everything on offer at The Olympic Green. The complex is free to enter and accessible via the subway’s shiny Olympic Line 8. Jump off at Olympic Sports Center, Olympic Green or South Gate of Forest Park. Wherever you exit, consult one of the many board maps outside the station.

Like this? Check out my other articles on Beijing’s Olympic Park and many more from across Beijing.

Wanna delve deeper into China’s infinite travel opportunities? Then why not take a look at my travel reports from all over the country.