September 2018. My favorite part of Beijing’s quirky Water Cube (National Aquatics Center) was this amazing Museum of the Moon exhibition set around the main Olympic pool. My friend Lily and I had no idea what to expect as we spontaneously purchased our tickets and made our way through the short, dark corridor. Who was Luke Jerram? And what exactly did the moon have to do with Olympic swimming? 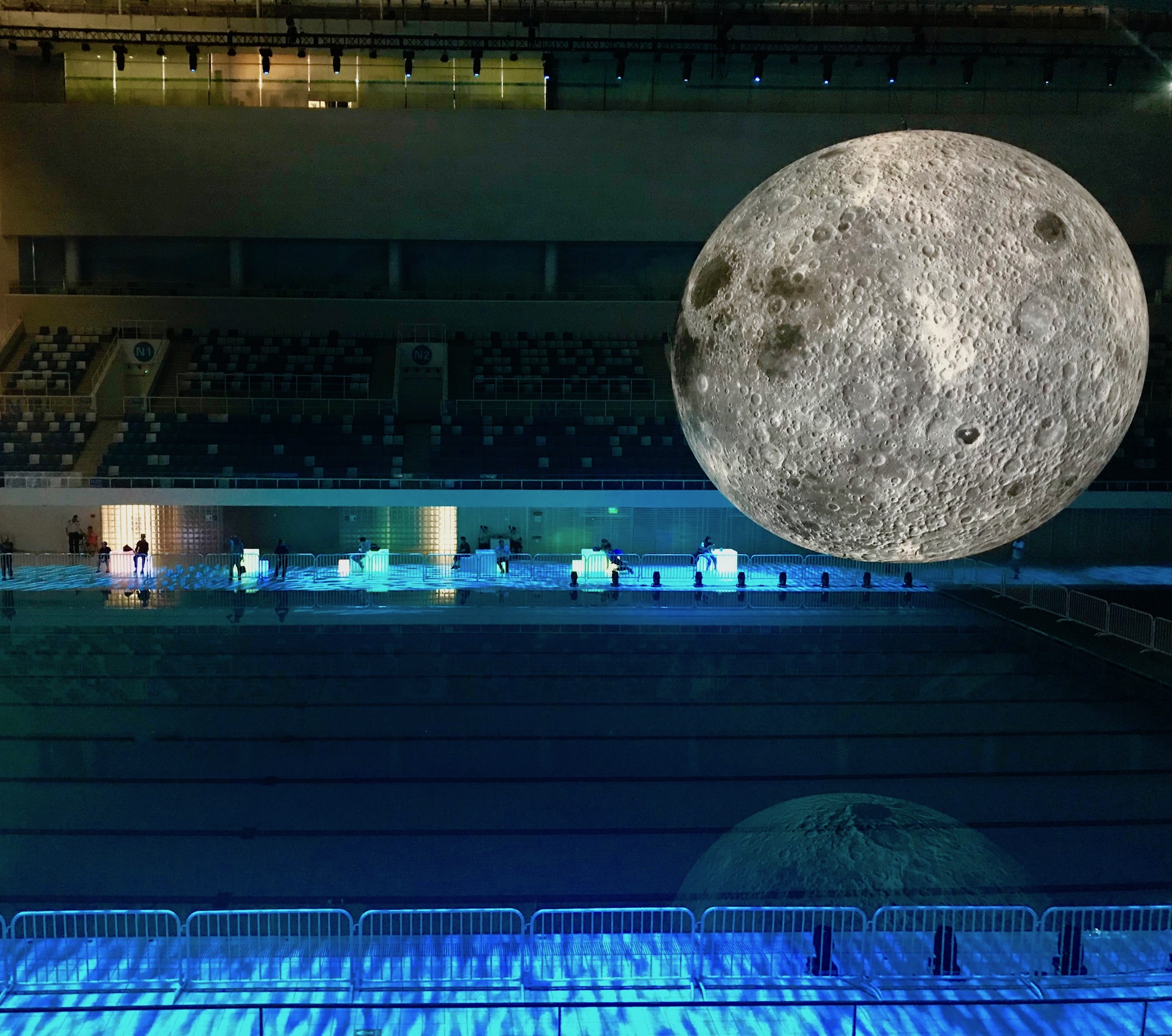 Emerging from the other side of the corridor into the pool’s cavernous arena and… WOW. I’m not sure exactly what I’d been expecting, but it wasn’t this. What the hell was it made of? At first I thought it was some kind of papier mâché creation. However, it’s actually a seven-meter balloon fitted with an interior light and perfectly detailed NASA imagery. Furthermore, this wondrous creation is accompanied by atmospheric, tailor-made music from the composer Dan Jones. The whole experience was mesmerising! 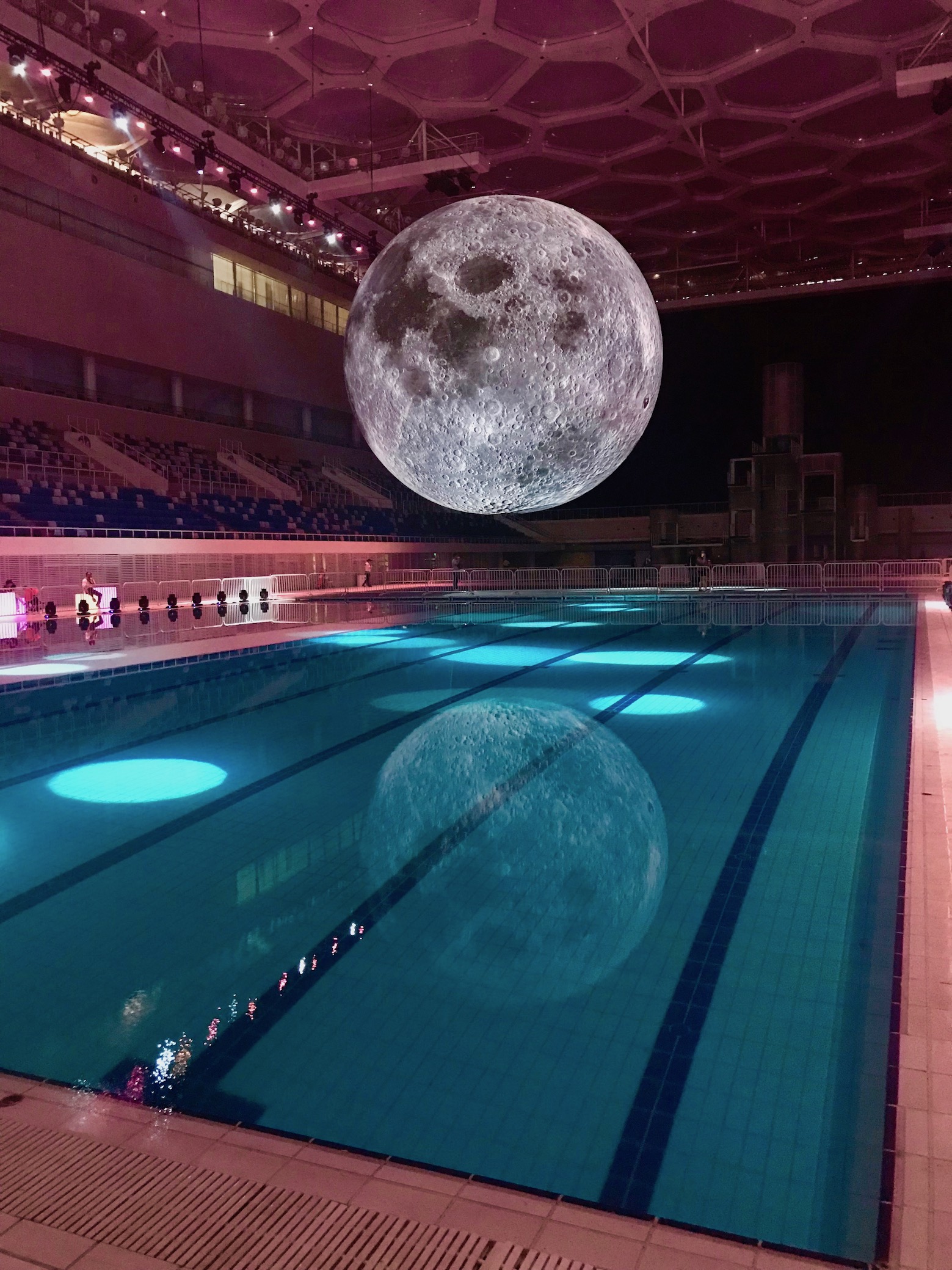 Museum of the Moon, Beijing.

When I finally took a moment to stop staring at the hypnotic scene before me, I quickly got the answer to my initial questions. Luke Jerram is an English installation artist who specialises in sculptures and live art projects. His Museum of the Moon “explores the fusion of lunar imagery, moonlight and surround sound composition”. The Beijing version of what is a worldwide tour focuses on the interconnected relationship the moon has within Chinese culture. Particularly that of water and reflections. 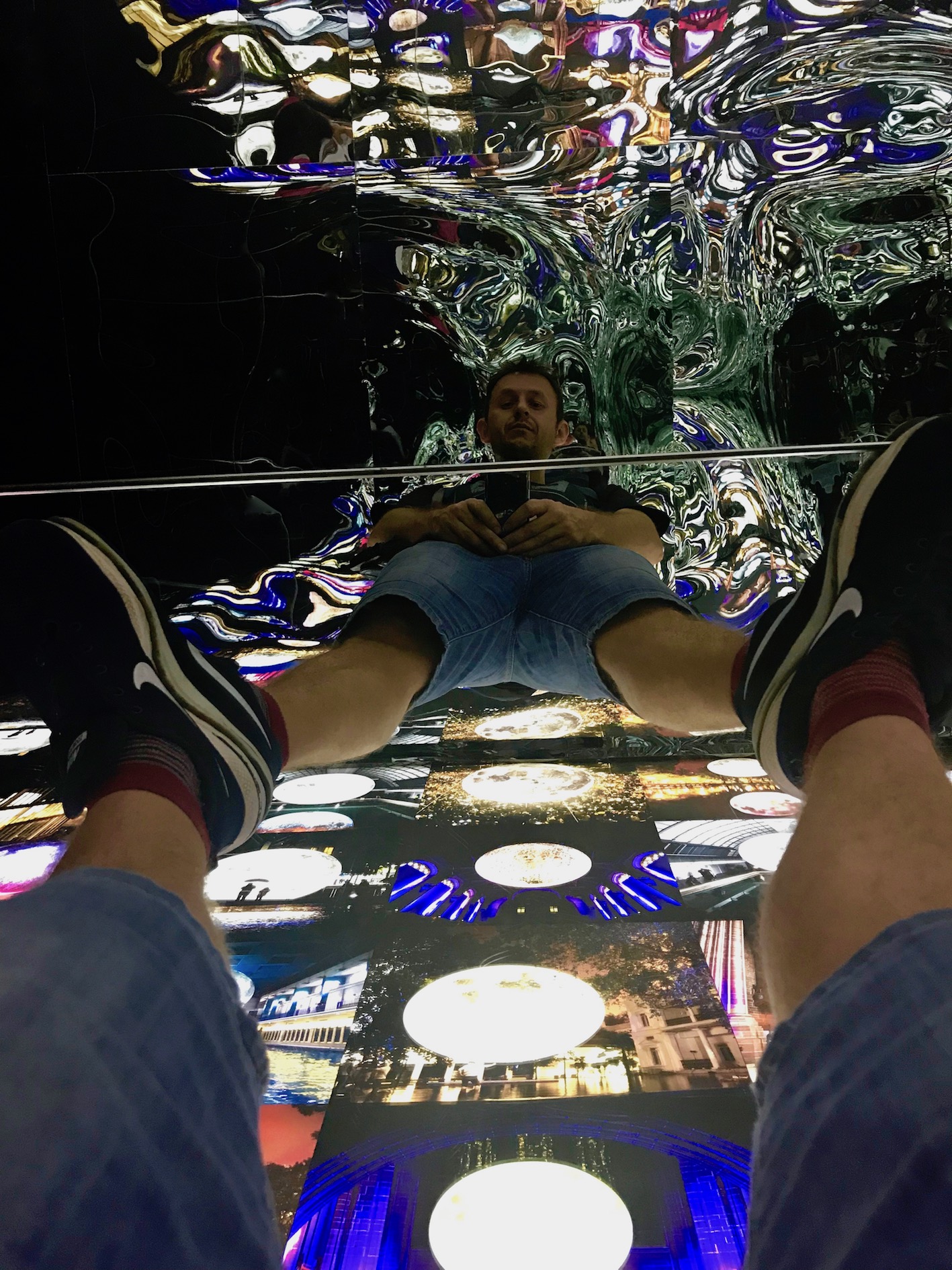 These ideas are extended further along a corridor of mirrors incorporated into a stunning gallery of moon photography from around the world. Visually there is so much to take in and it’s fun to play around with the mirror reflections. 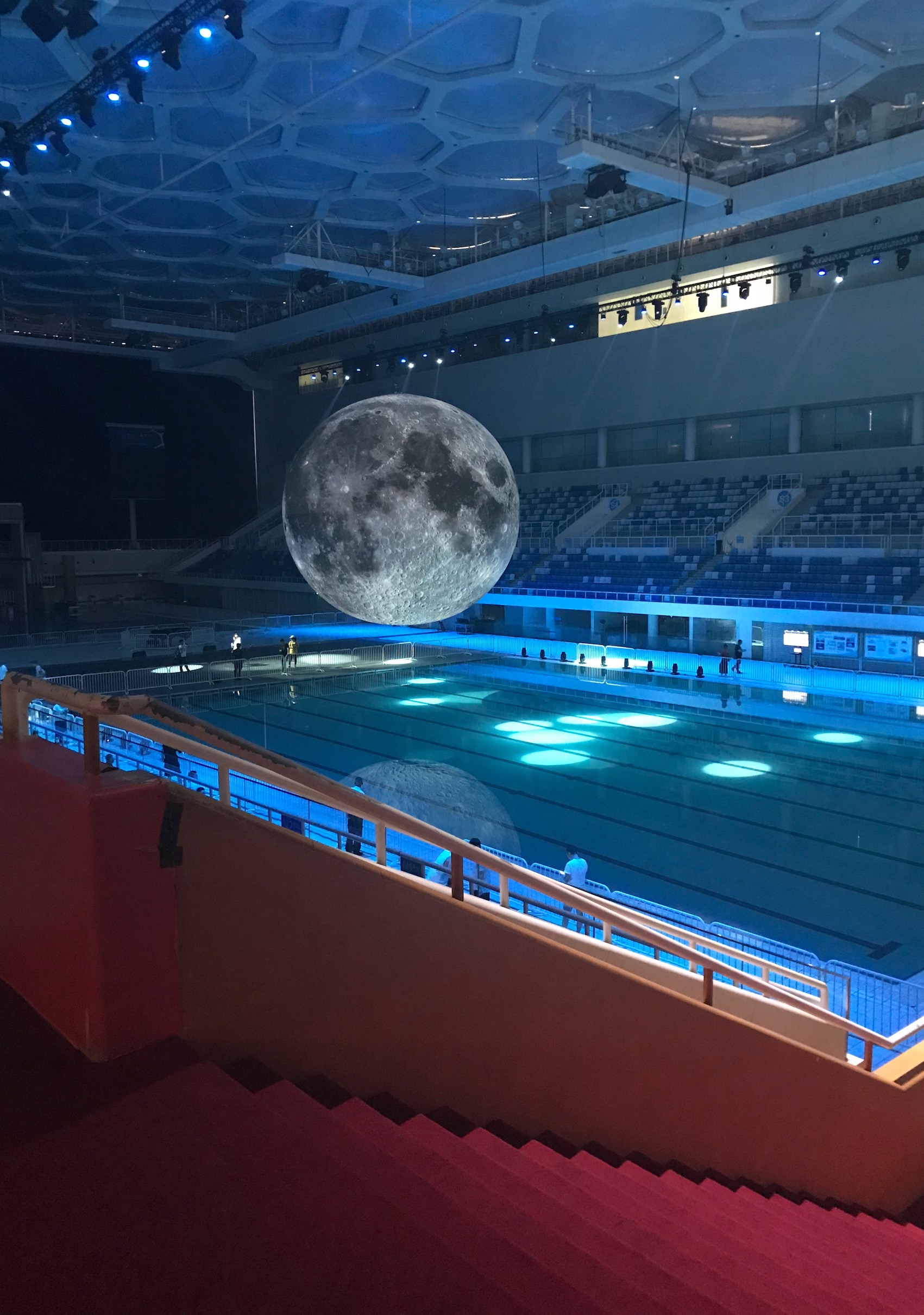 The Beijing exhibition ran from July the 7th to October the 7th 2018. To find out the latest news on where and when you can see Museum of the Moon for yourself, check here with Luke’s website. 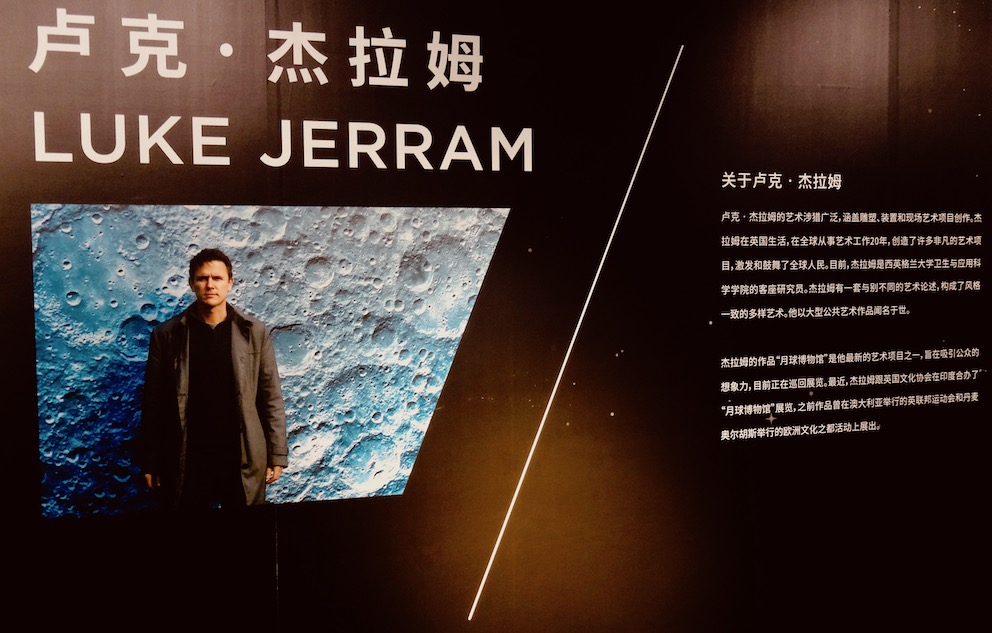 Like this? Have a look at my other pieces from around Beijing’s Olympic Park, plus plenty more from across China’s capital.

Want to delve further afield? Have a leaf through my stacks of travel reports from all over China.