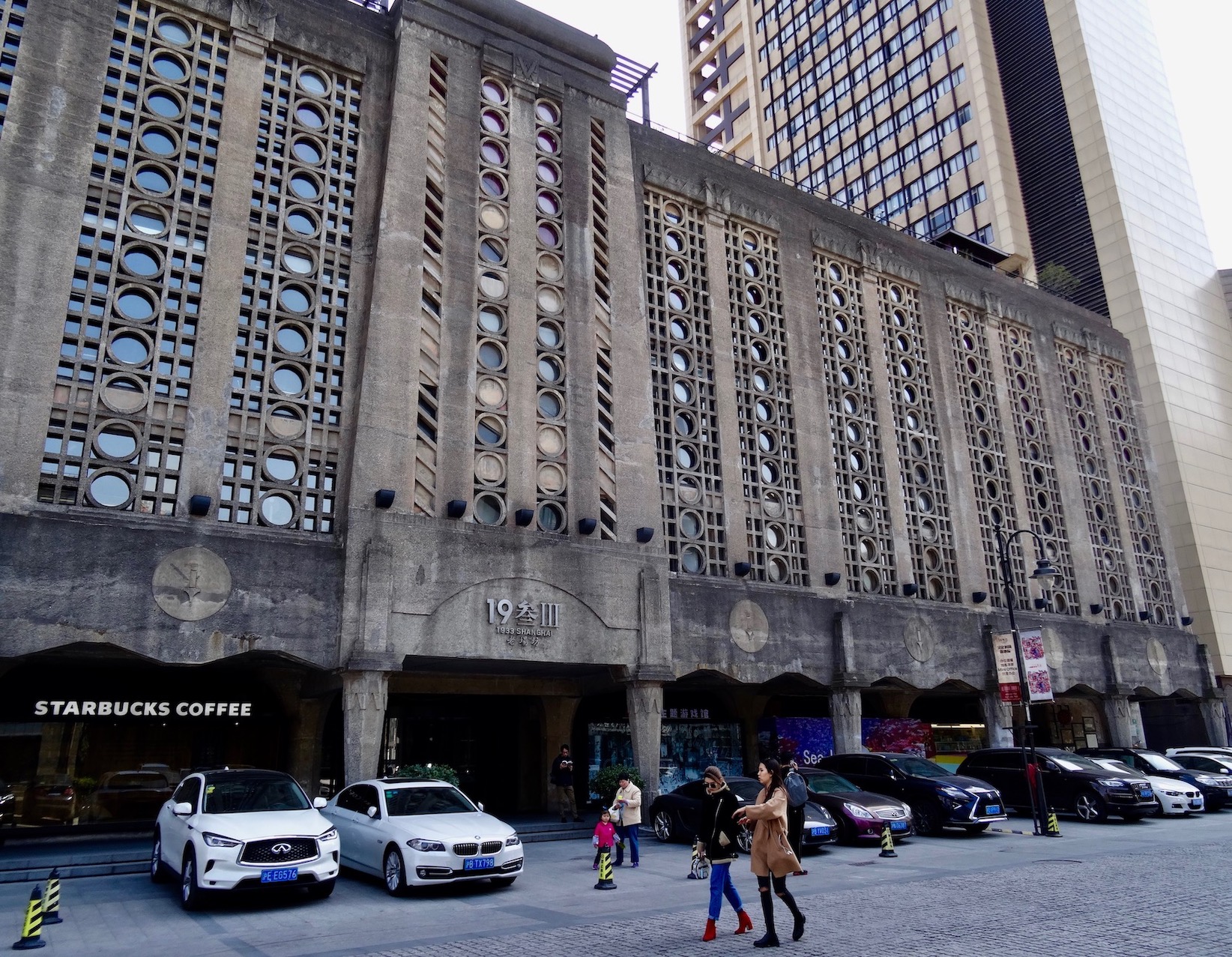 March 2019. When I was compiling my potential hit list of Shanghai sights, I wanted to seek out some truly unique city spots. You know, the kind of stuff that gets the people saying WTF! And boy oh boy did I find just that in the form of Shanghai 1933 Slaughterhouse! Looming large over a quiet side street in the city’s Hongkou District, this massive concrete building has a history every bit as miserable as its alarming, Orwellian edifice suggests. Built in 1933 from a design by the British company Balfours, this place once stood as the largest animal slaughterhouse in East Asia. 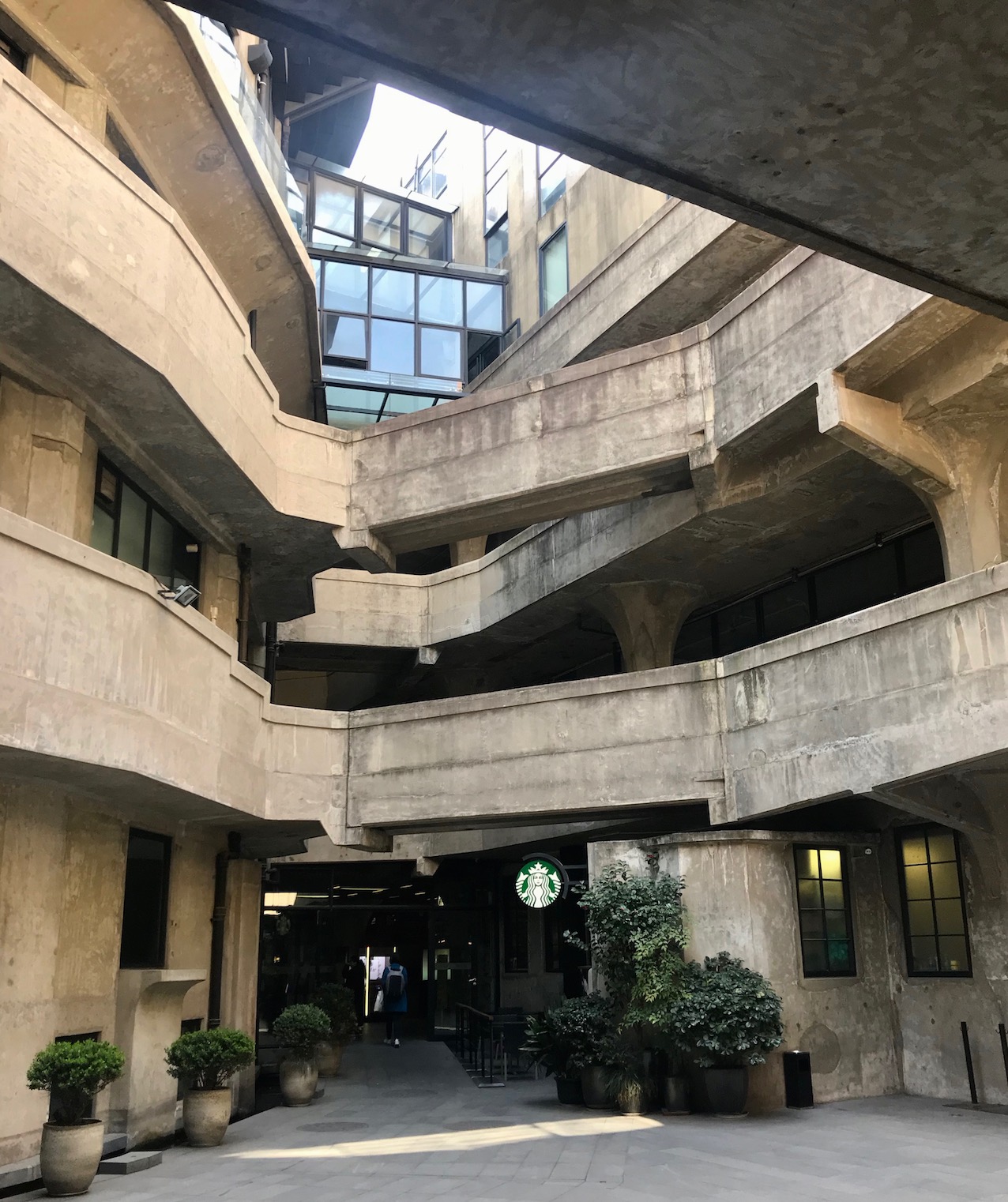 Shanghai’s famous slaughterhouse killed millions of pigs and cattle over a thirty-year period before eventually closing in the mid 1960s. After that it became s giant cold storage facility and then a medicine factory before falling into a state of total abandonment.

Subsequently, it wasn’t until 2008 that the old joint underwent a 100 million Yuan investment to turn it into the so-called creative zone of today. Literally the first thing you’ll see both outside and inside as you enter the ground floor is a Starbucks. This felt a bit wrong… but not so wrong I could stop myself from going in for a Hazelnut Latte! 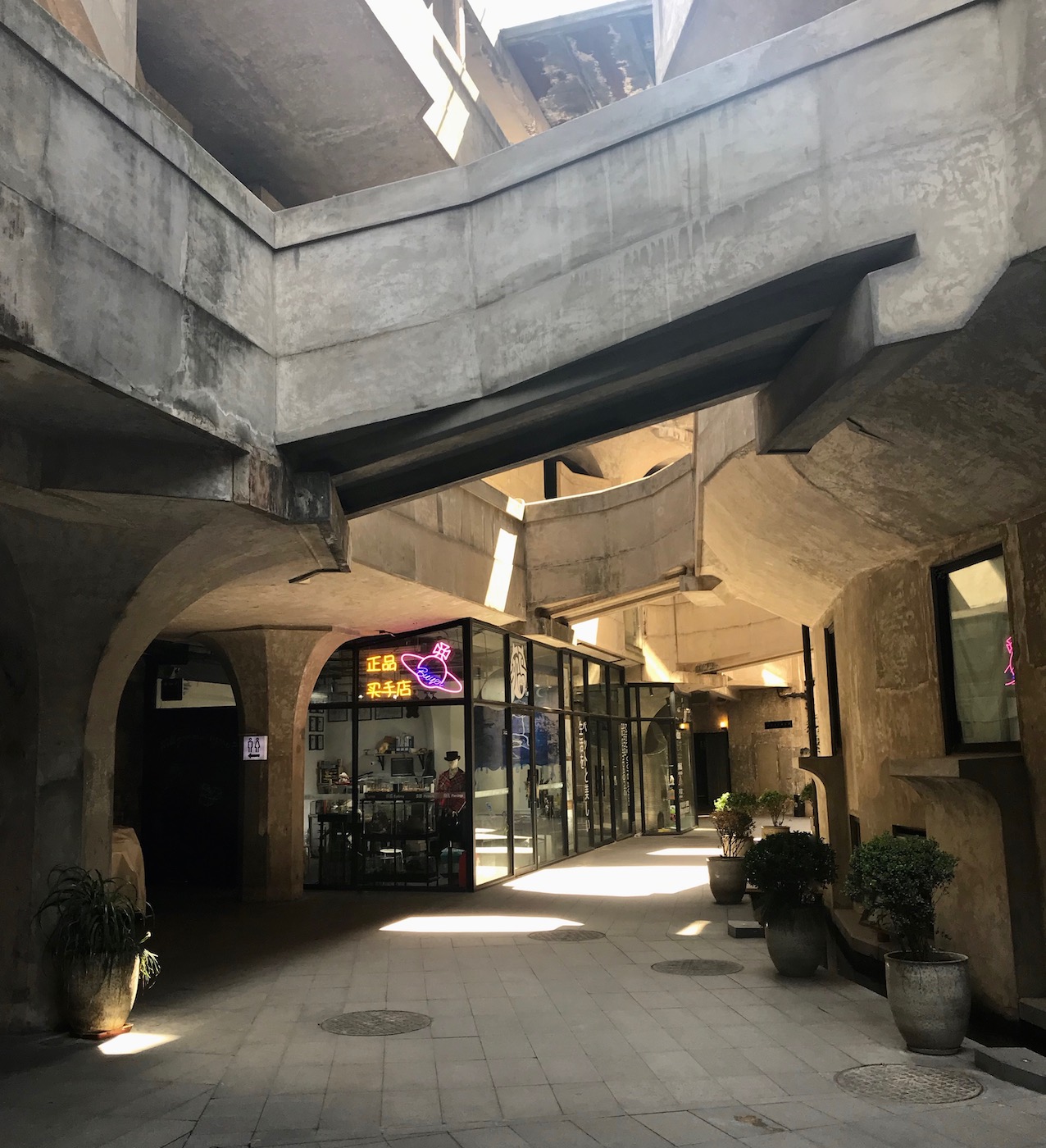 Today Shanghai 1933 Slaughterhouse is home to cafes, boutiques, offices and art studios, all set around the old abattoir’s original design. Looking up from the ground floor, I could see a fascinating spiderweb of bridges and staircases rising right up to the rooftop. 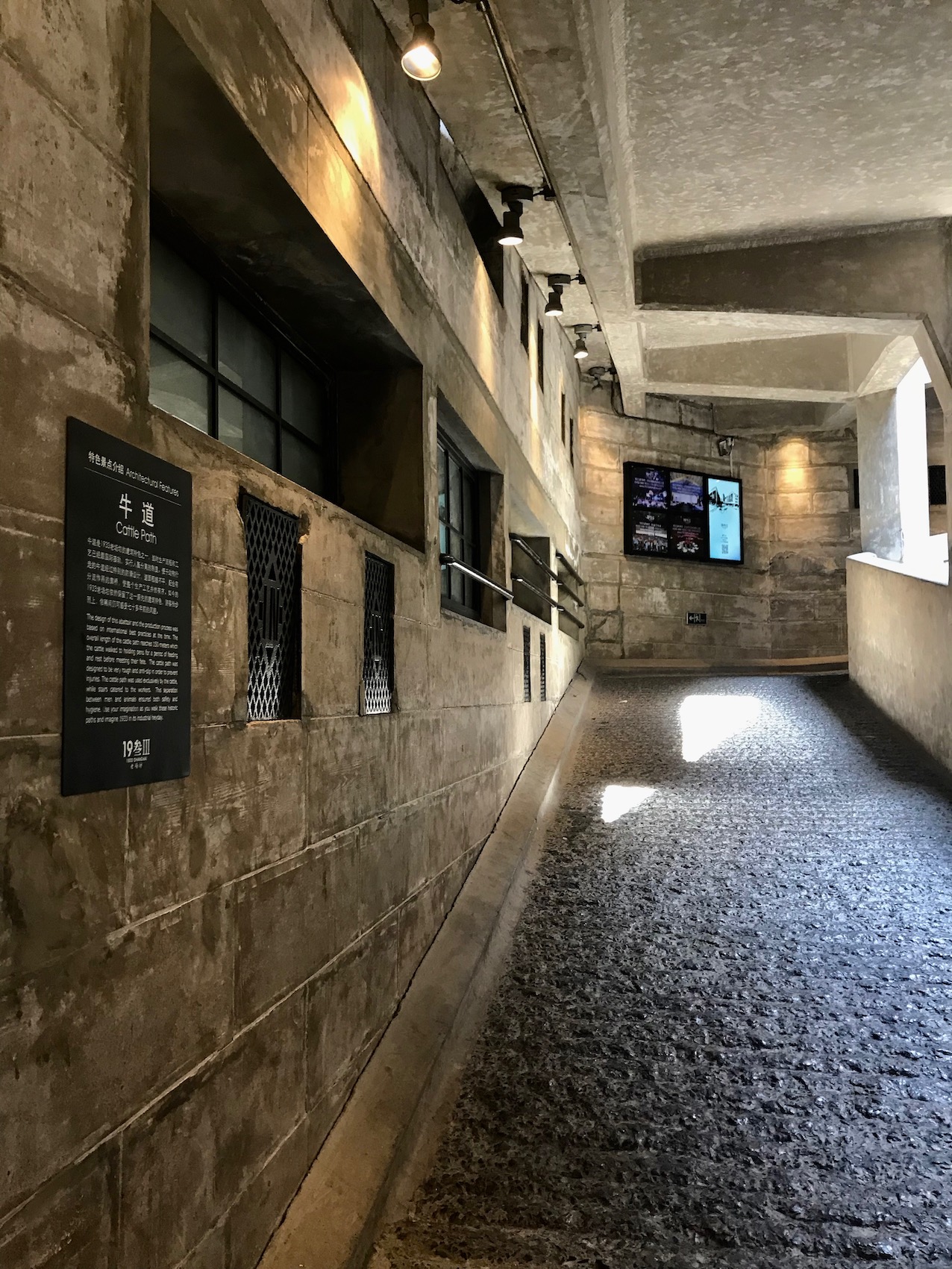 Access to the upper floors can be gained via this original Cattle Path, a 150-metre passageway that workers shepherded the animals through to reach their holding pens before slaughter. Those pens are now offices where some people have actually complained of feeling bad spirits. As you ascend the Cattle Path, take a moment to look down at the rough cobbled floor. They deliberately built it like this to ensure the beasts didn’t slip as they trotted up en masse. Pretty grim. 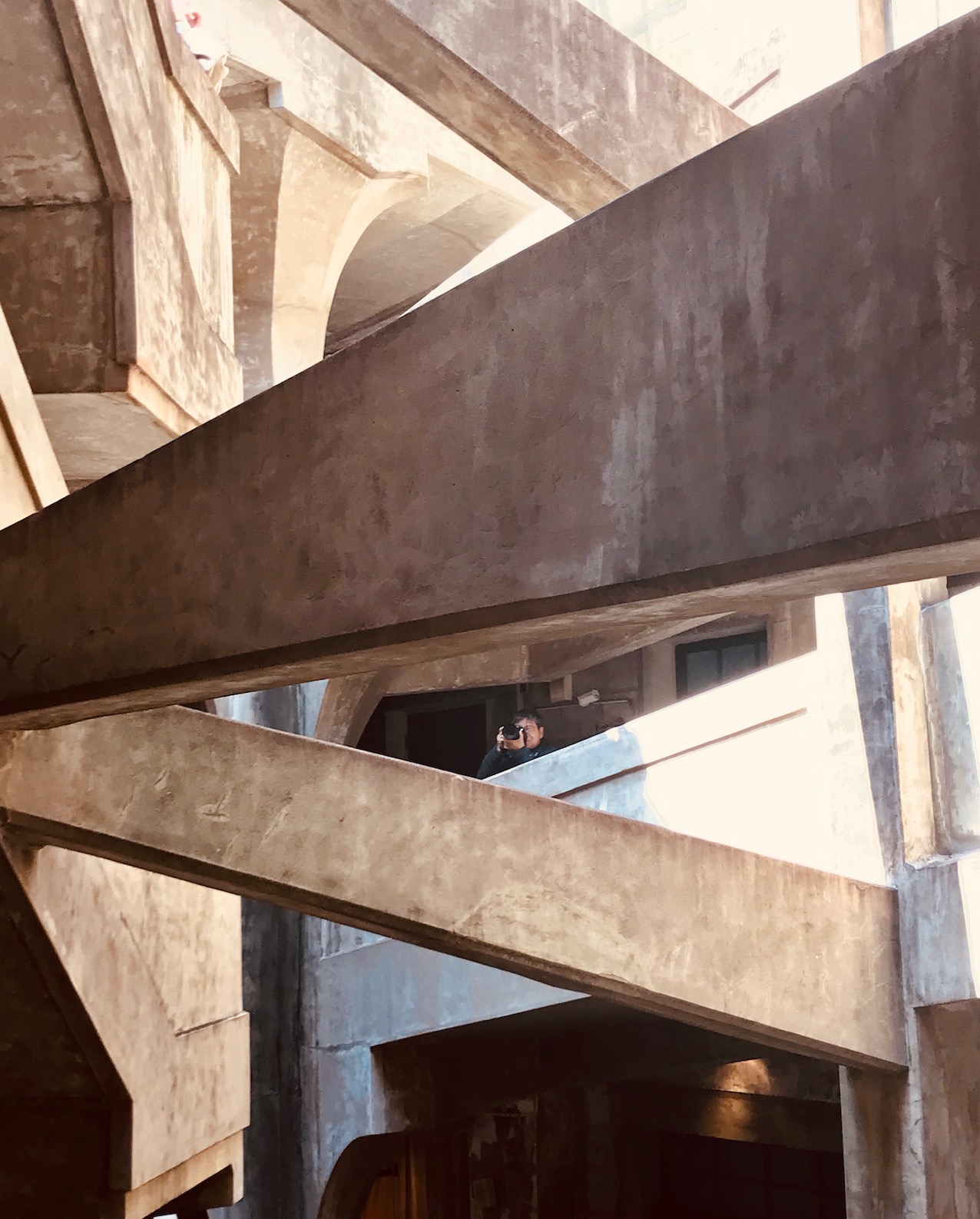 Exploring the building is a bizarre but undeniably photogenic experience. Every now and then I caught sight of a photographer appearing in the gaps between the bridges. 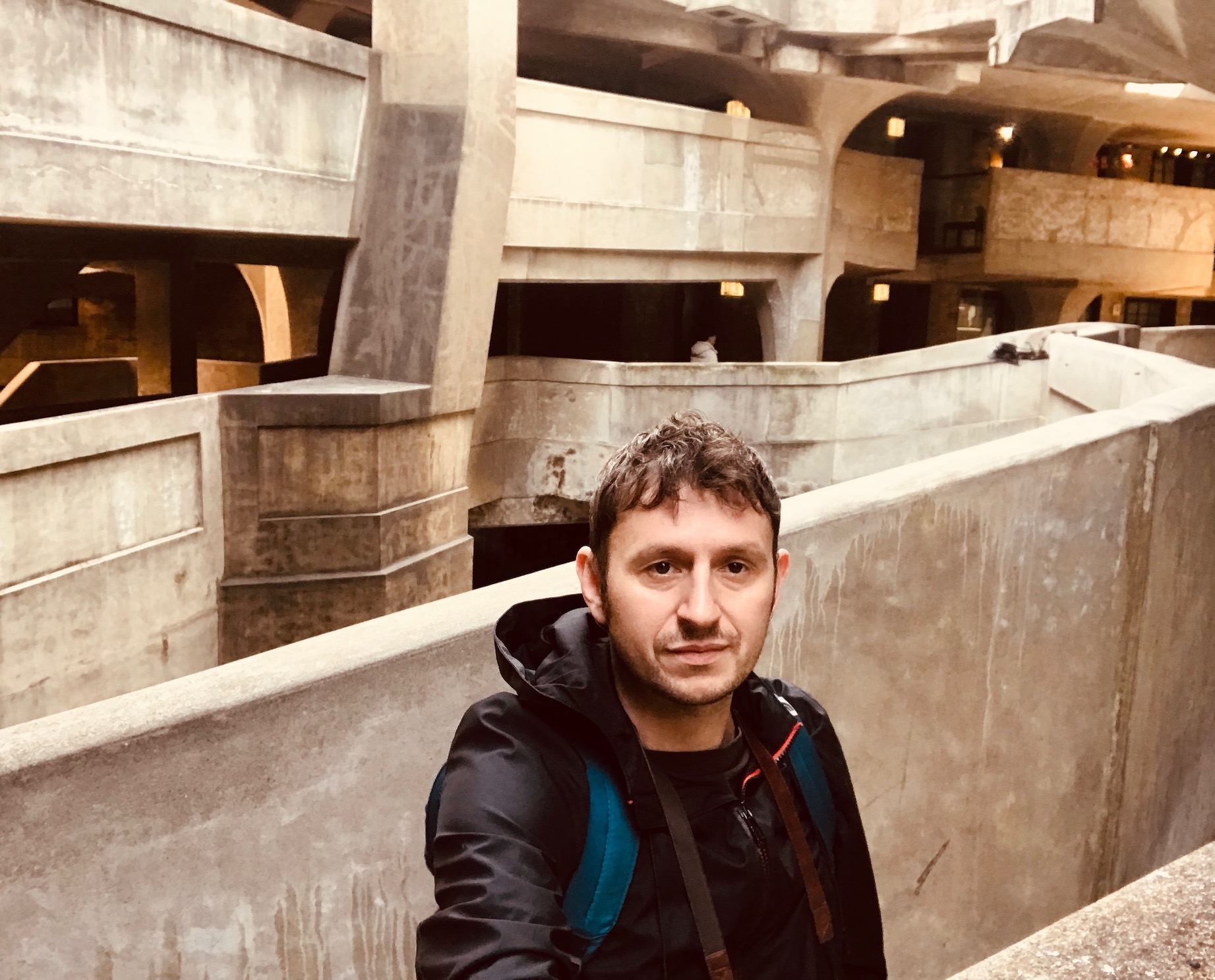 Moreover, I spied a pair of selfie-taking Chinese girls doing duckface, which felt wholly inappropriate. I wonder if they had any idea of the building’s history. In the end I attempted a more somber pose for my own 1933 selfie. 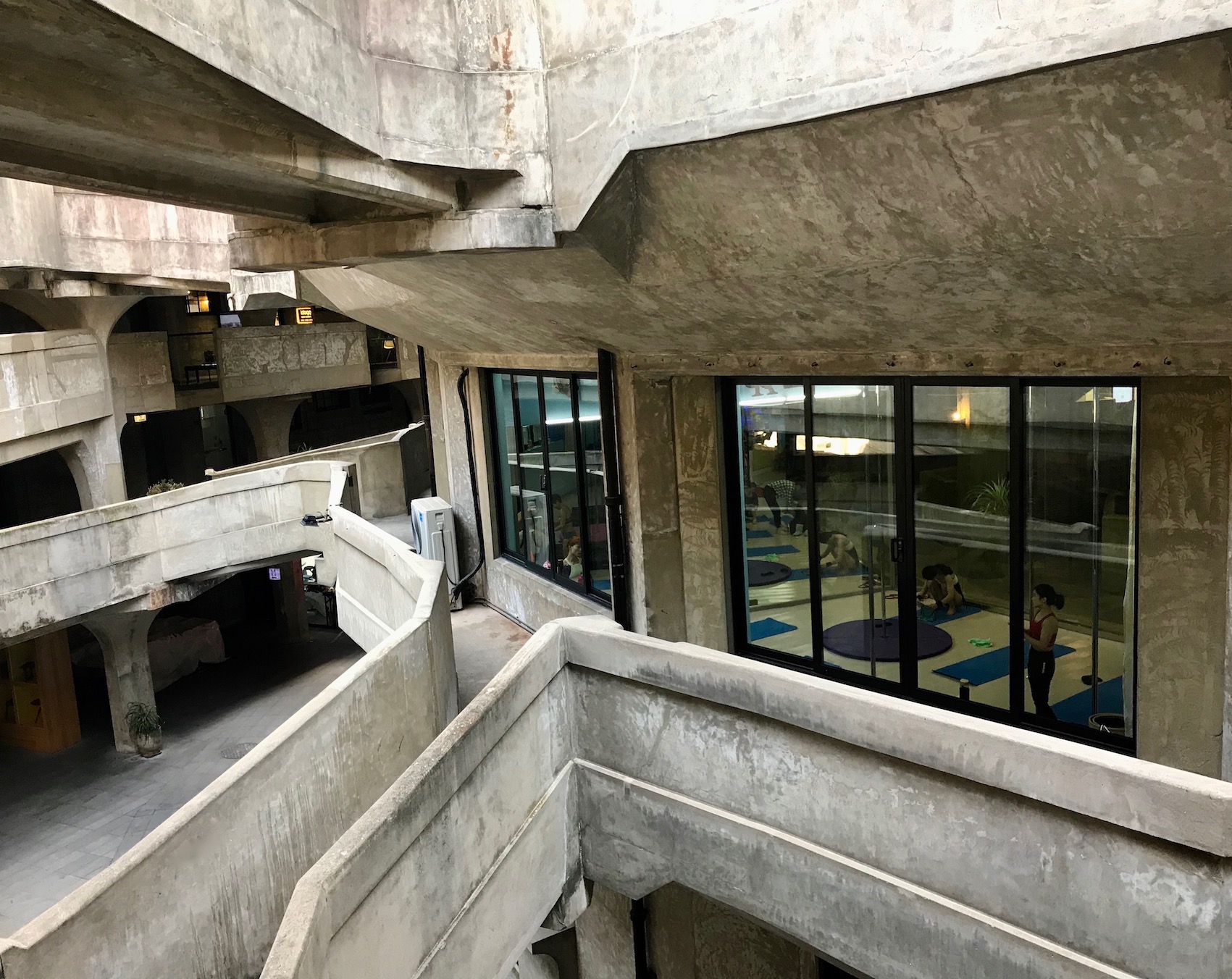 I was more than a little surprised by some of the rented spaces I came across. A wedding dress store on one floor, a children’s bookshop on another. But the most head-scratching discovery of all was a large pole-dancing studio, complete with half a dozen girls working on their routines! Quite possibly the last thing in the world I was expecting to see! 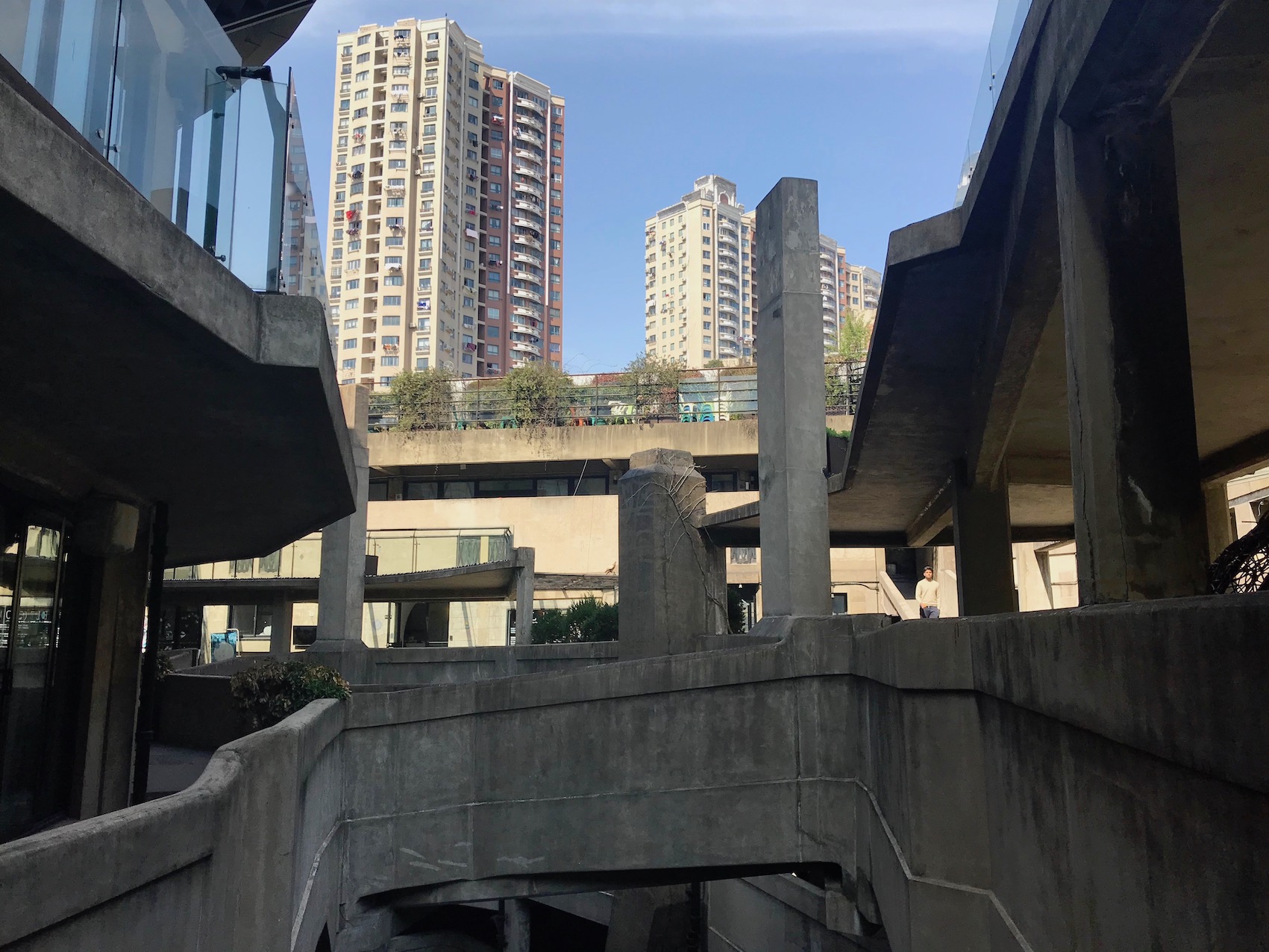 Eventually I came out onto 1933’s rooftop where I found the very trendy Wonder Coffee, which immediately had me regretting my decision to go into Starbucks. 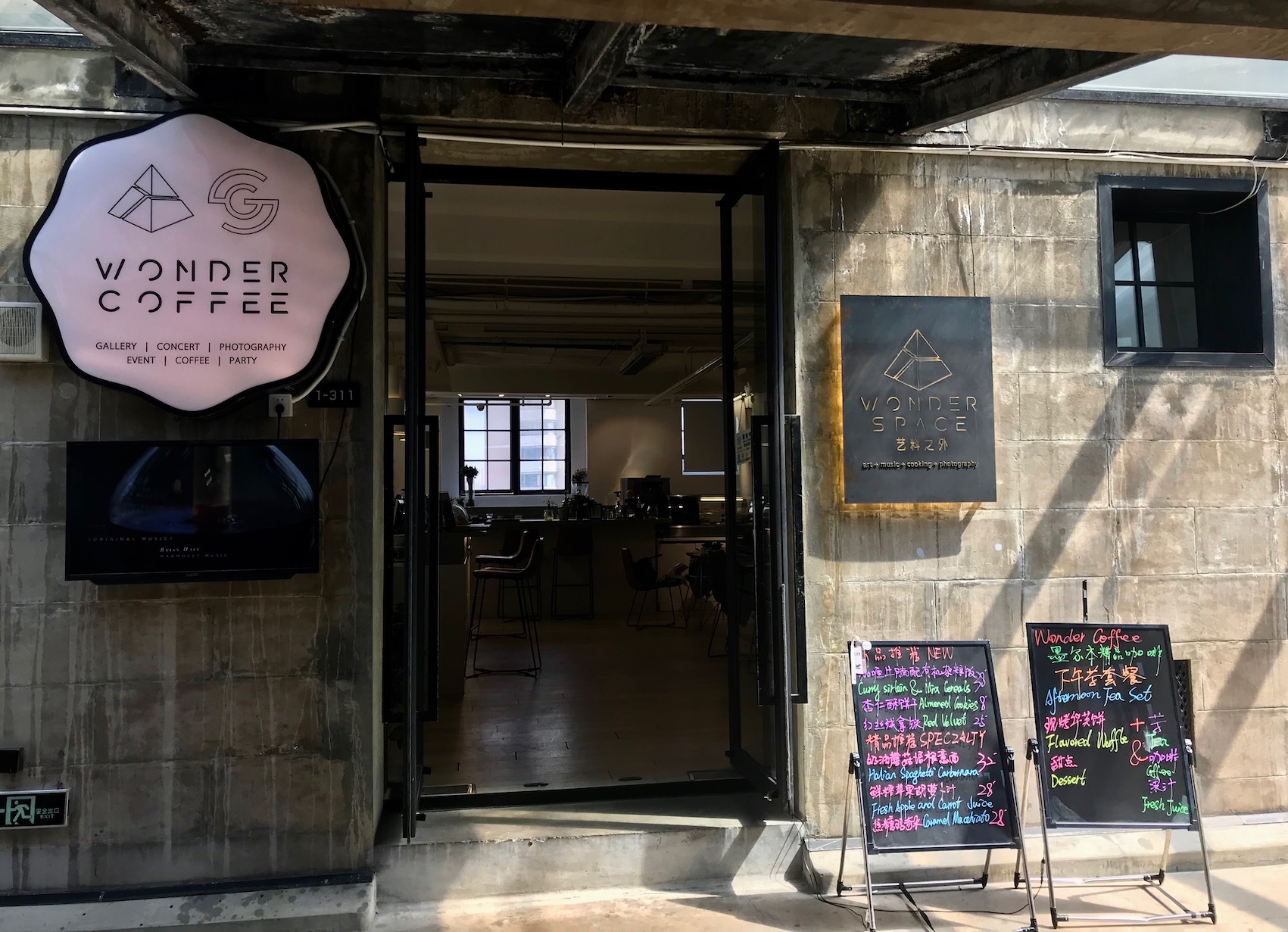 Stop by here for some excellent home brewed coffee, baked bites and general trendiness. Staff are English speaking and helpful, albeit awkwardly hanging over your shoulder. 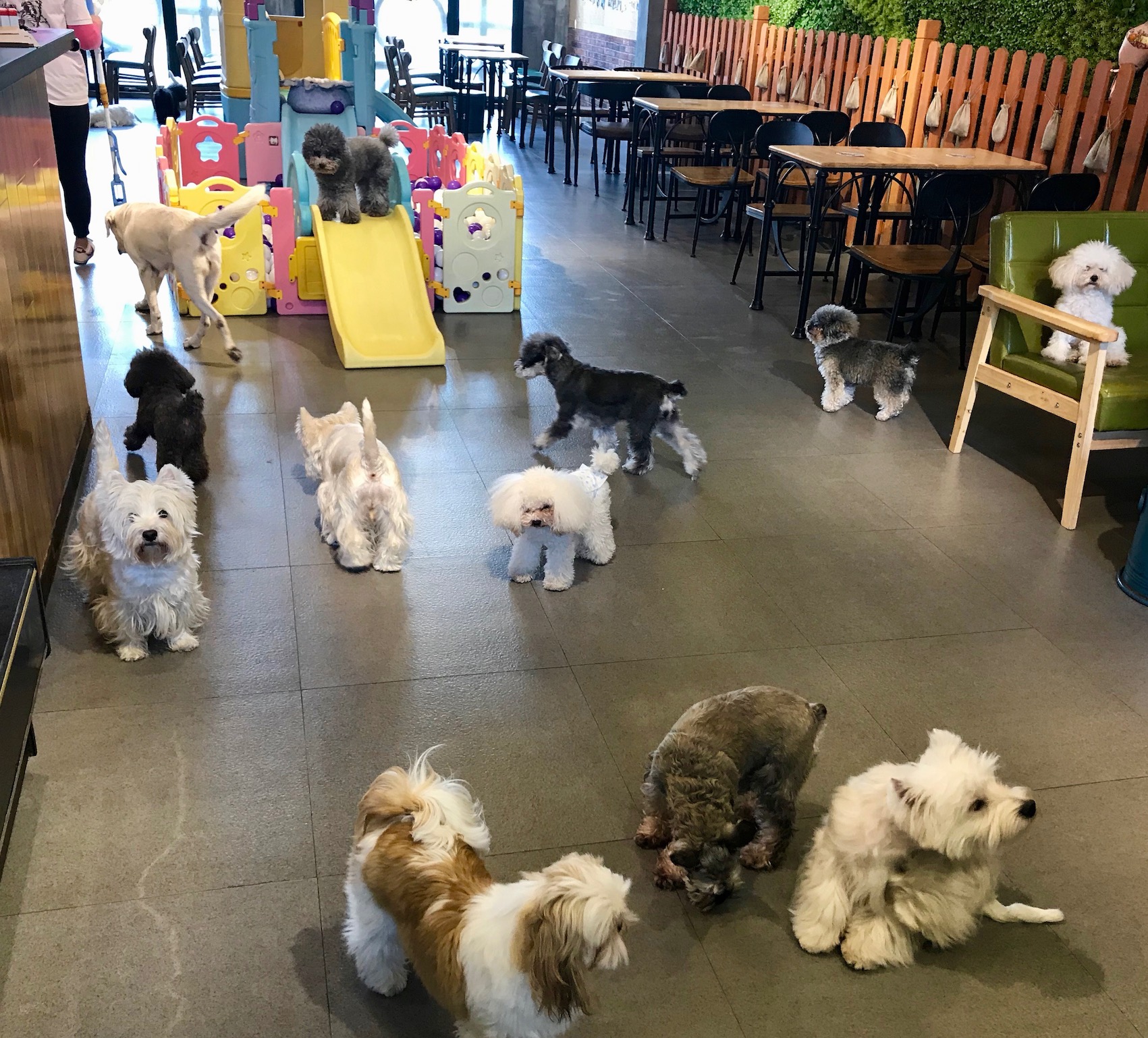 There was also a cute dog-sitting café that I considered popping into to say hello to all the panting canines. But then the woman there told me the cost of a drink (absolutely ludicrous), hence I politely declined and moved on. 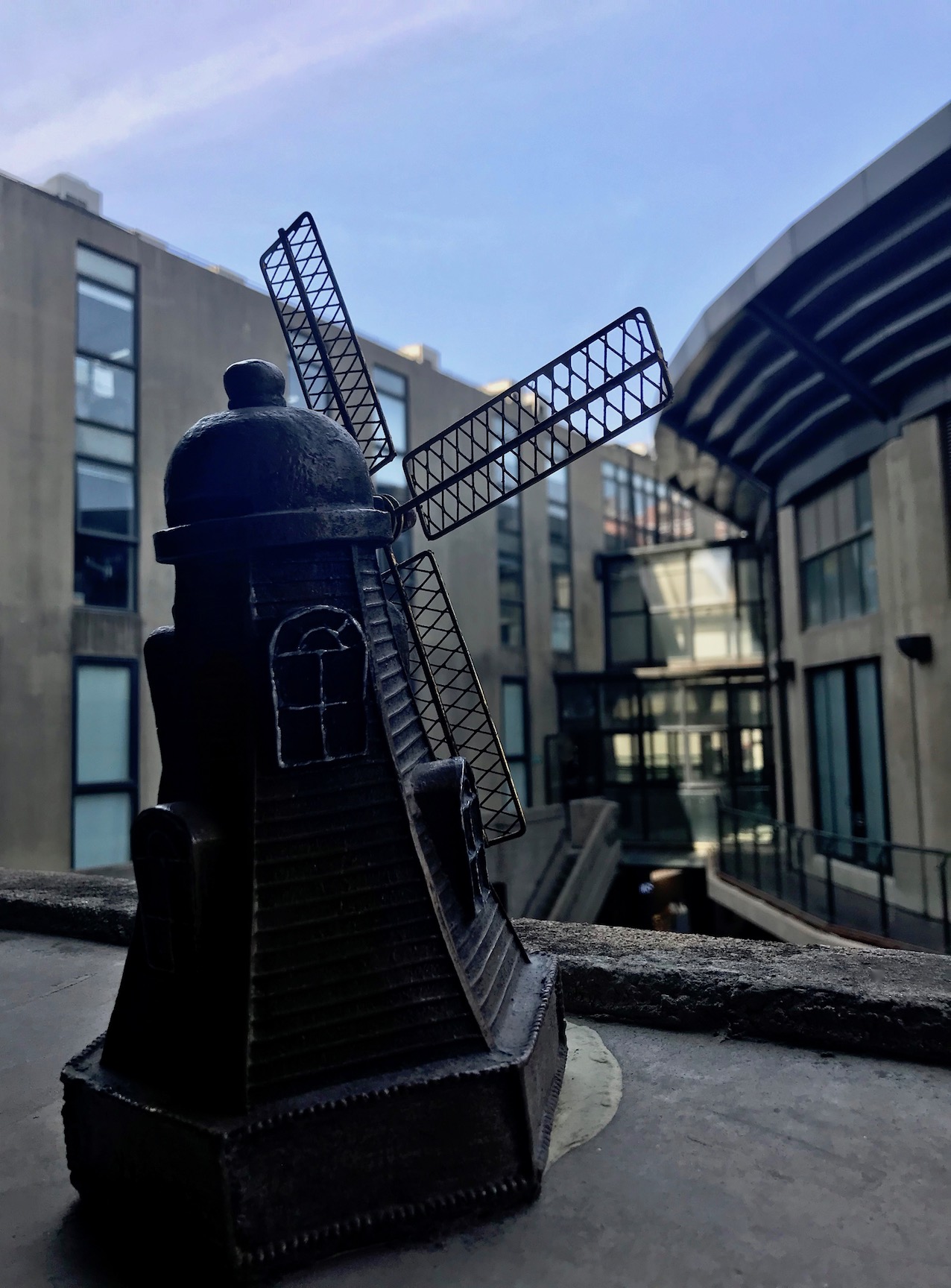 I guess the very idea of Shanghai 1933 Slaughterhouse is enough to stop some folk from coming. Which I totally get. But for me this was an amazing place to explore, from the unique architecture to the peaceful, beautifully designed cafes and stores that lie within. Ironic then that a place that was once a site of such cacophonous pain and suffering is now a city oasis to escape the relentless urban buzz.

For more on this curious Shanghai sight, have a read of this cool article from theculturetrip.

Wanna delve further afield? I’ve written hundreds of reports from all over China.

For a more personalised slant, you might want to take a look at my short story series Challenged in China.