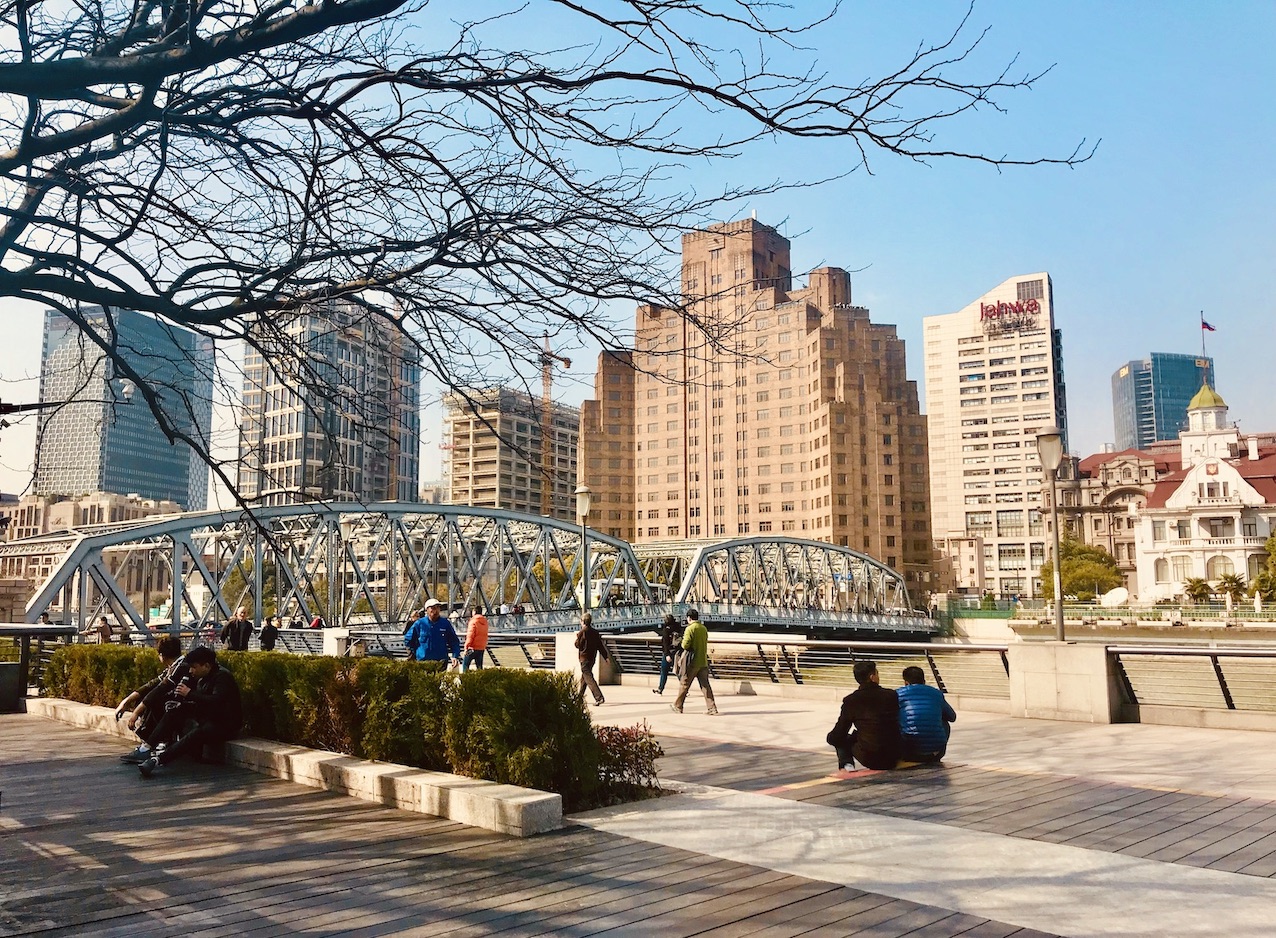 March 2019. Located at the confluence of Suzhou Creek and the Huangpu River, Waibaidu Bridge Shanghai looks like a modest little structure at first glance. But what it may lack in length and height, it certainly makes up for with huge historical and cultural significance. You can find it at the northern end of The Bund, Shanghai’s grand street of colonial era buildings. The very cool, misshapen brownstone building tucked away behind it is Broadway Mansions, a five-star, nineteen-floor art deco hotel. 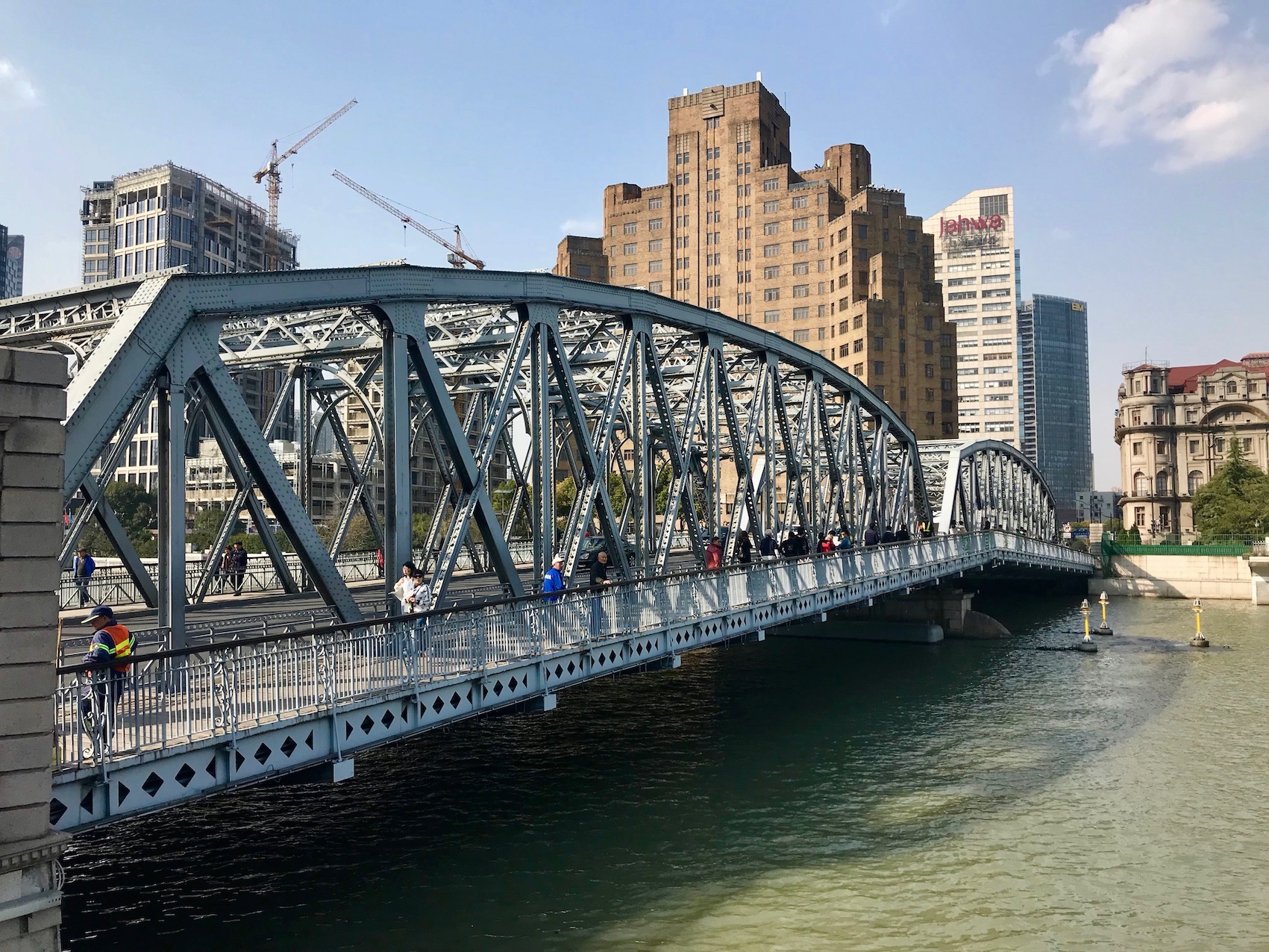 Waibaidu Bridge was built in 1906 from a design by a British company based in Singapore. It replaced the wooden Wills’ Bridge, which had dated back to 1865. The bridge you see today was completely restored in 2008 having been dismantled and removed to a Shanghai shipyard. 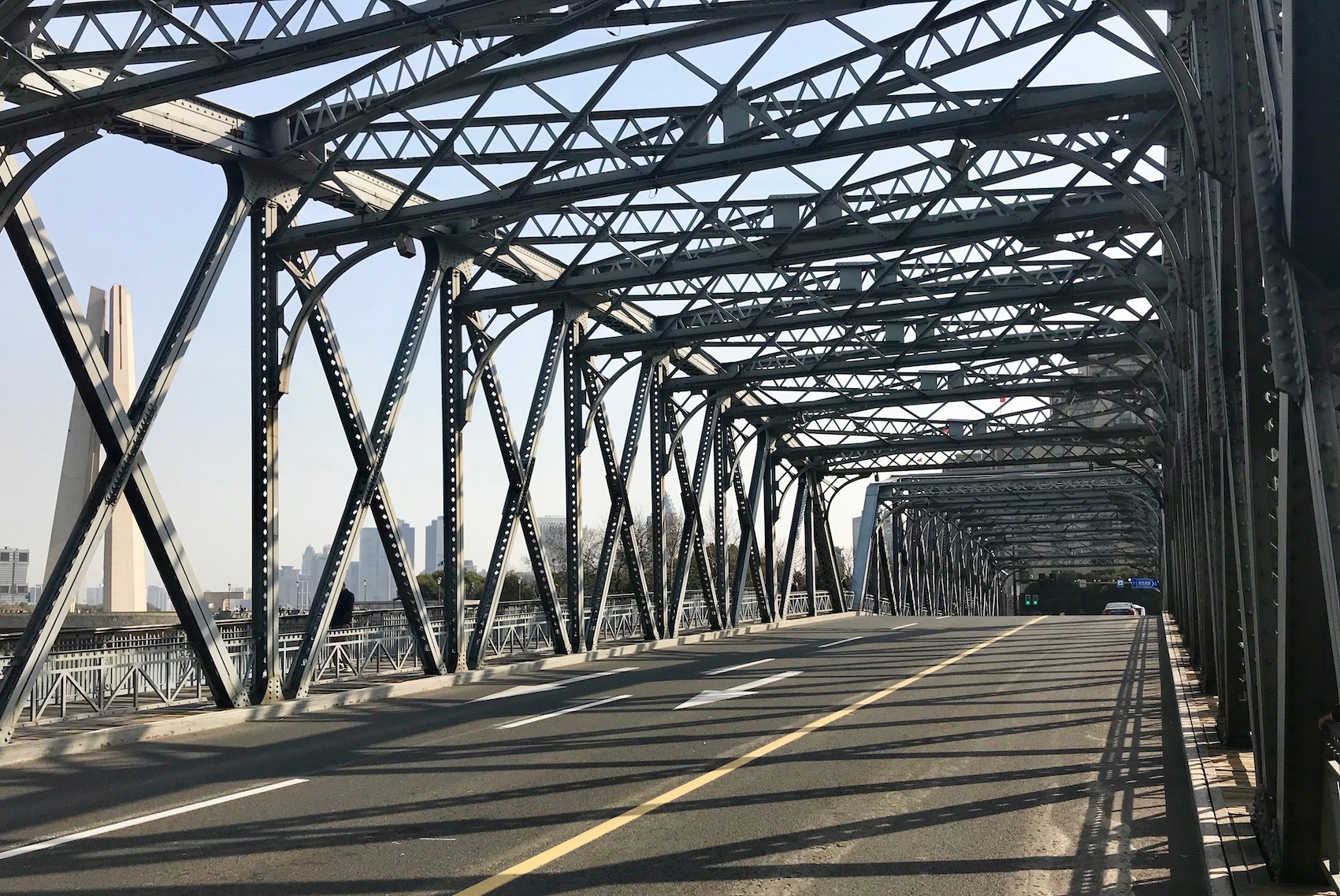 This was China’s first all-steel bridge and is the only surviving example of a camelback truss bridge nationwide. It has also cropped up in a bunch of movies, such as Steven Spielberg’s Empire of the Sun and Ang Lee’s Lust, Caution. 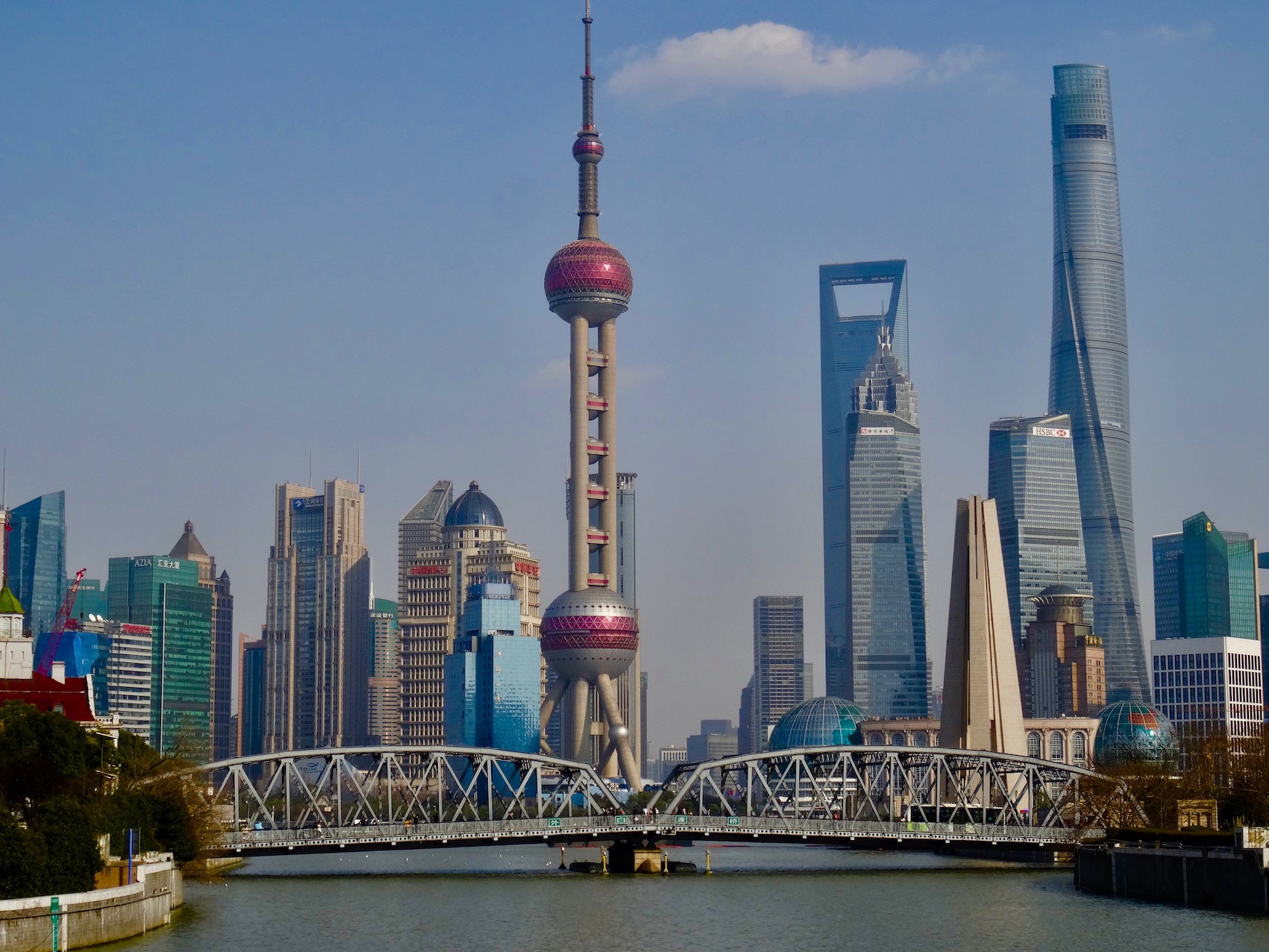 The bridge framed by The Pudong Skyline.

The bridge also played an important role during the resistance war against Japan.  In fact, thousands of locals fled the Japanese occupied north of the city by crossing the bridge to reach foreign concessions in the south. 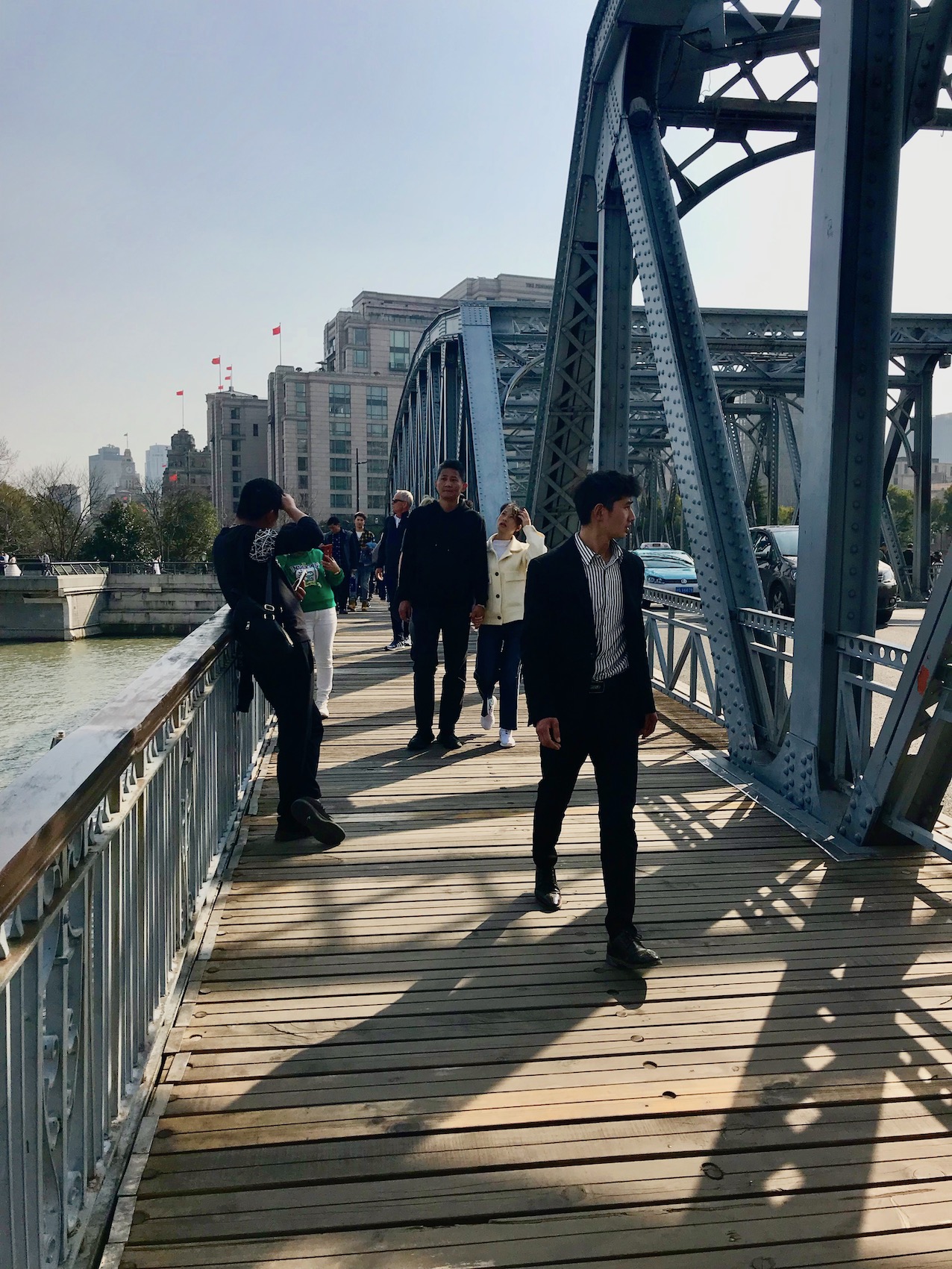 Above all though, the bridge is attractive to tourists simply as another vantage point for Shanghai’s stunning Pudong Skyline. I witnessed all sorts of activity that afternoon as I made the short crossing on foot. Businessmen marched back and forth barking on their mobile phones. Tourists lingered to take photographs. A young couple posed for a wedding shoot and a burly security dude prowled around checking for mischief. 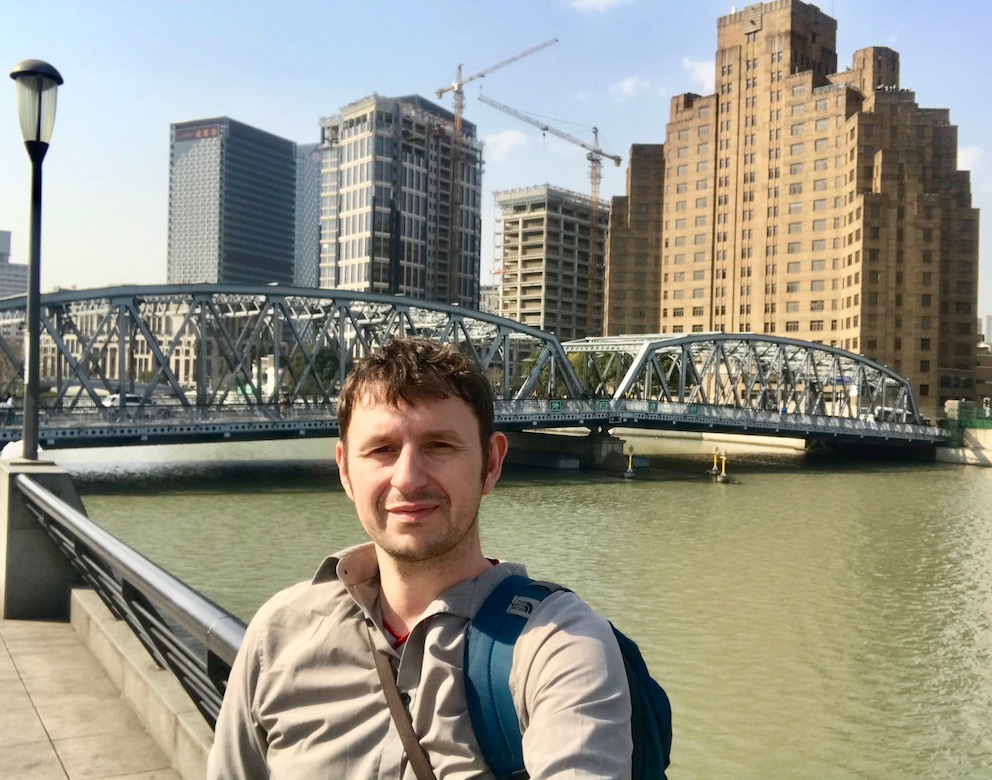