March 2019. I’ve always been fascinated by the powers of propaganda art. From Uncle Sam and The Soviets to The Nazis and The Vietnamese, it just blows my mind to think how a single image with a catchy slogan could hold such huge influence over millions of people. So when I heard about Shanghai Propaganda Poster Art Centre, housed in a hidden building away from Shanghai’s tourist buzz, I knew I had to do whatever it took to seek the place out. 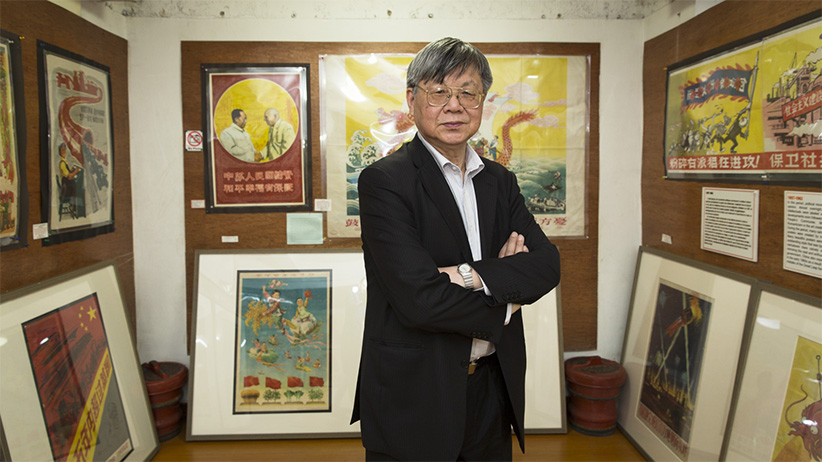 Home to over six thousand antique posters, Shanghai Propaganda Poster Art Centre has the biggest collection of Chinese propaganda posters in the world. Perhaps even more impressive is that it’s largely down to one man, a dedicated poster collector by the name of Yang Pei Ming. I saw him as soon as I entered the museum. “Welcome… something, something” he mumbled, before taking my entrance fee and shuffling off to a side office.

Shanghai Propaganda Poster Art Centre is divided into three sections. Firstly, you’ve got the years immediately after the founding of The People’s Republic of China. 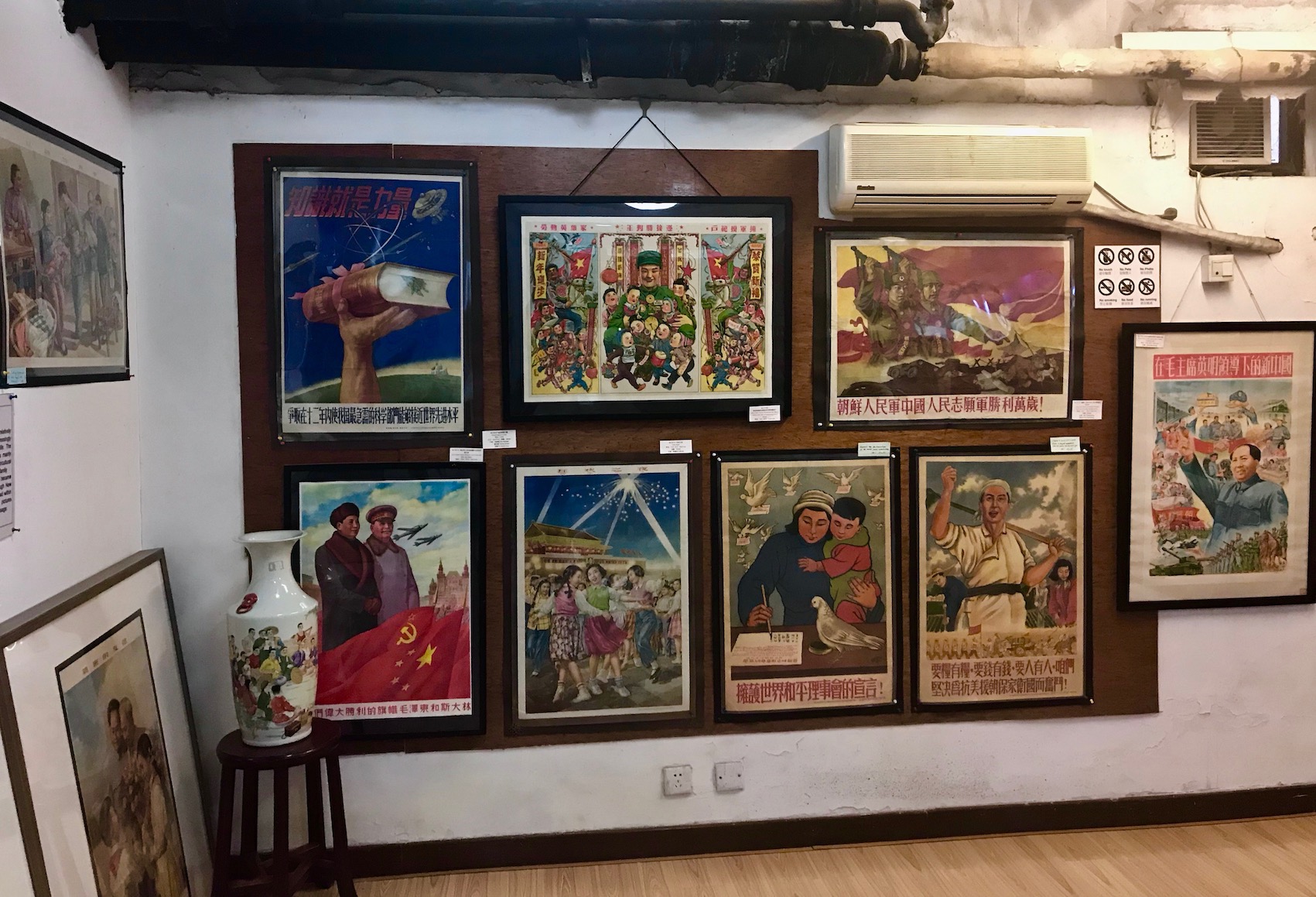 During this period Chairman Mao called upon the nation’s leading artists to produce works that trumpeted the country’s great transformation! 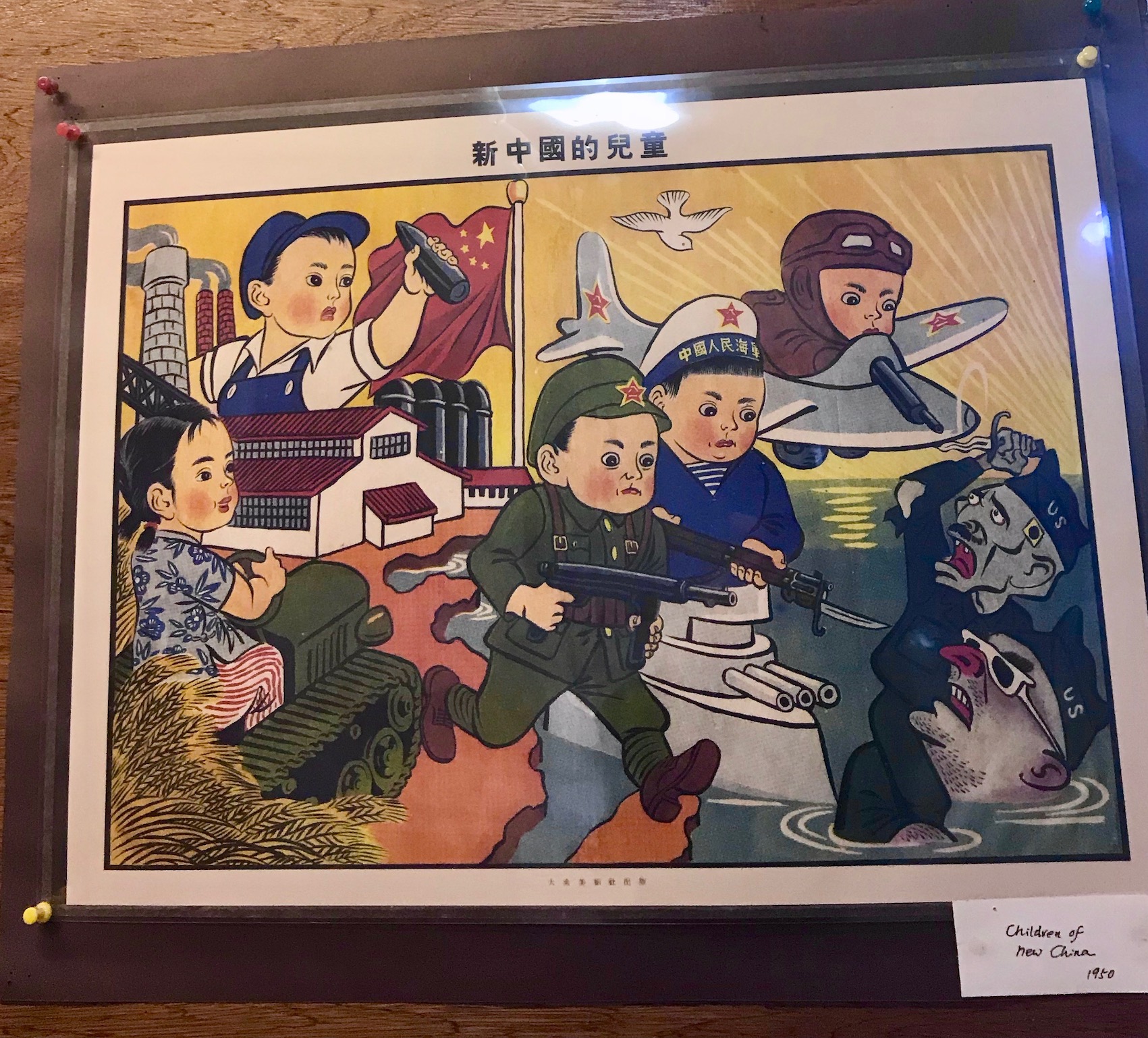 The second area hones in on the 1950s and the aspirational images reflecting China’s so-called Great Leap Forward. I found myself drawn to the anti US posters that depict American soldiers as shrinking monsters. In the above poster from 1950, titled Children of New China, gun-wielding Chinese infants drive two US soldiers cowering into the sea. 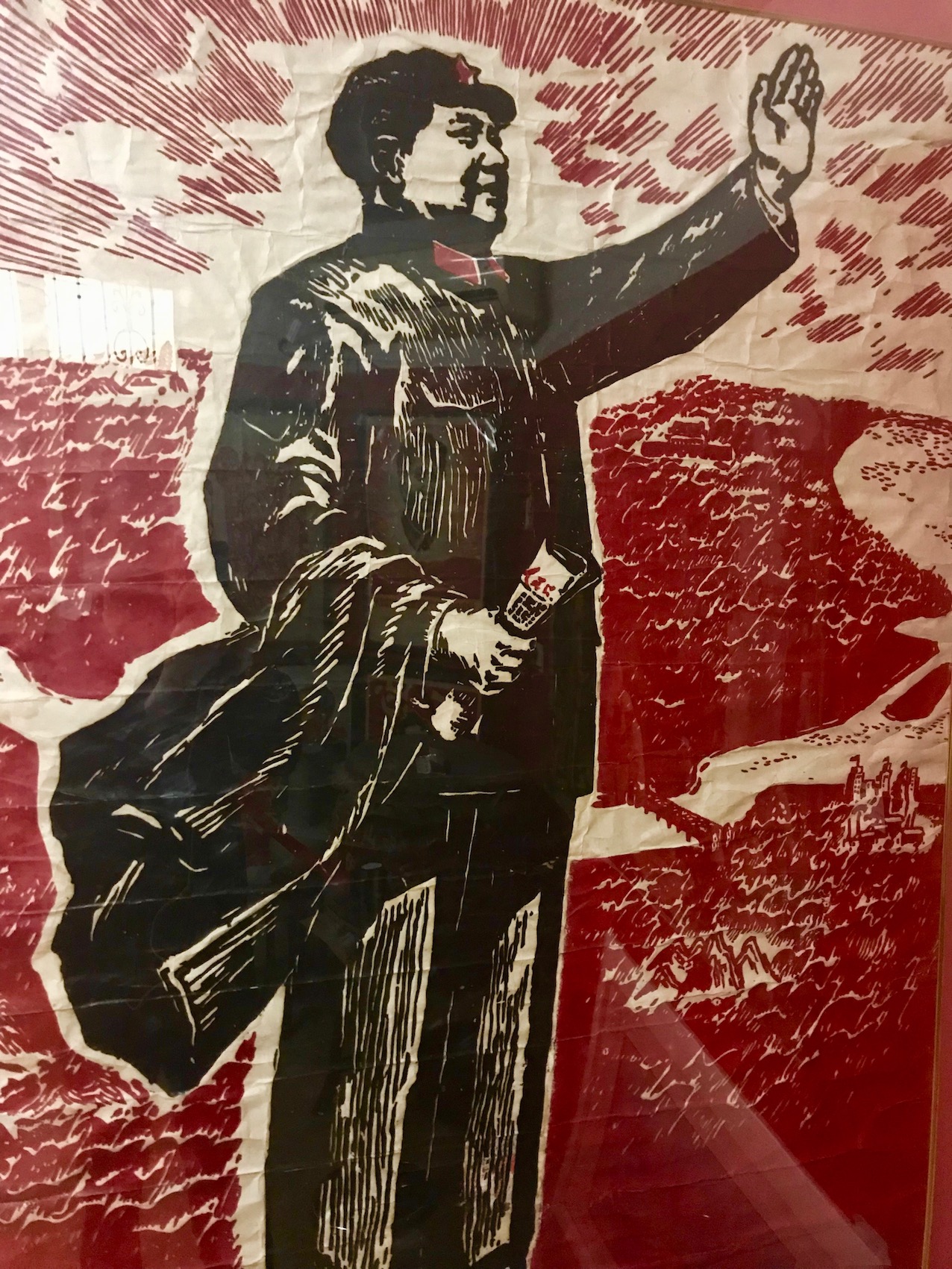 Fascinated by the power and influence of Chairman Mao? Then this place will certainly please, as the former leader heavily features throughout in posters, woodcuttings and paper cutouts. 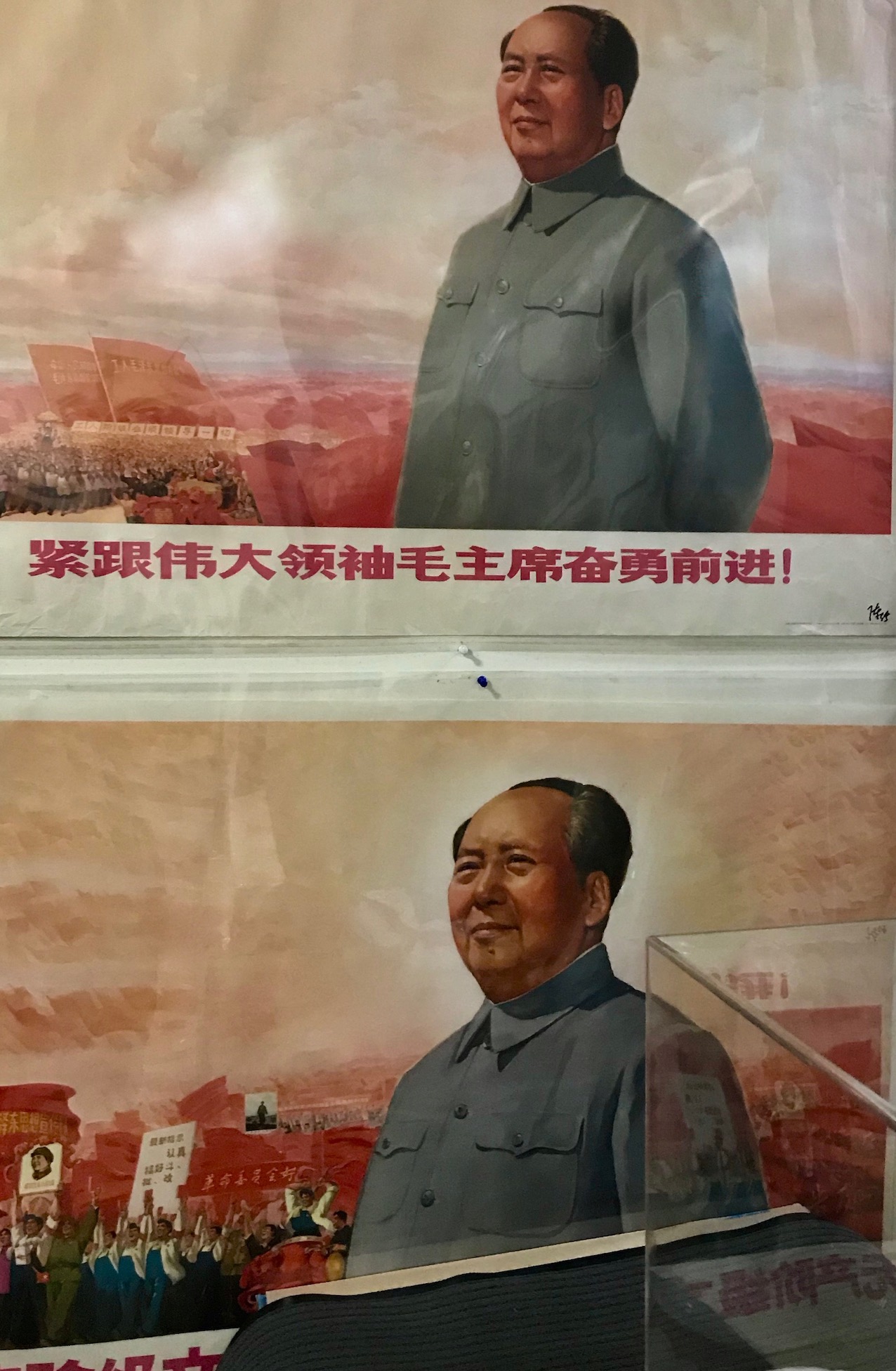 A particularly interesting corner of the exhibition displays what are at first glance two identical Chairman Mao posters. The bottom image is a 1968 creation by the artist Chen Jiang, then director of Shanghai People’s Arts Publishing House Revolutionary Committee.

However, when Mao’s wife Jiang Qing saw the finished product she demanded he repaint the whole thing. Basically, she wanted Mao to appear larger and the cheering, flag-waving people smaller. This, she surmised, would consolidate the idea of her husband’s unquestionable authority. Hence the top image is the one they officially published. 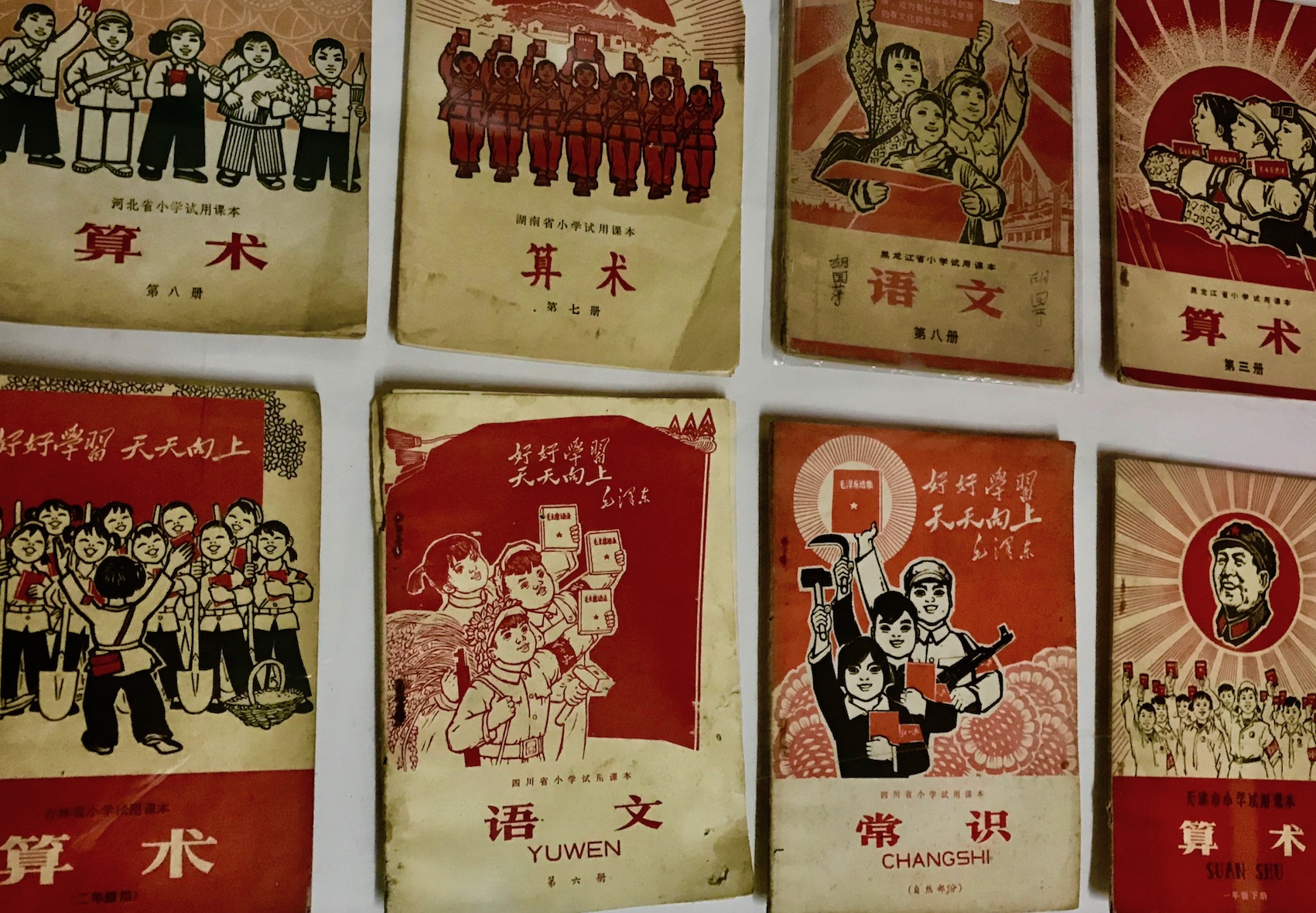 The third part of the museum deals with The Cultural Revolution and the years thereafter. The museum even has a bunch of original Cultural Revolution schoolbooks in which Mao, disillusioned at the direction China is heading in, urges the country’s youth to mobilise. He wanted them to take party leaders to task for their embrace of bourgeois values and lack of revolutionary spirit. Scary stuff. 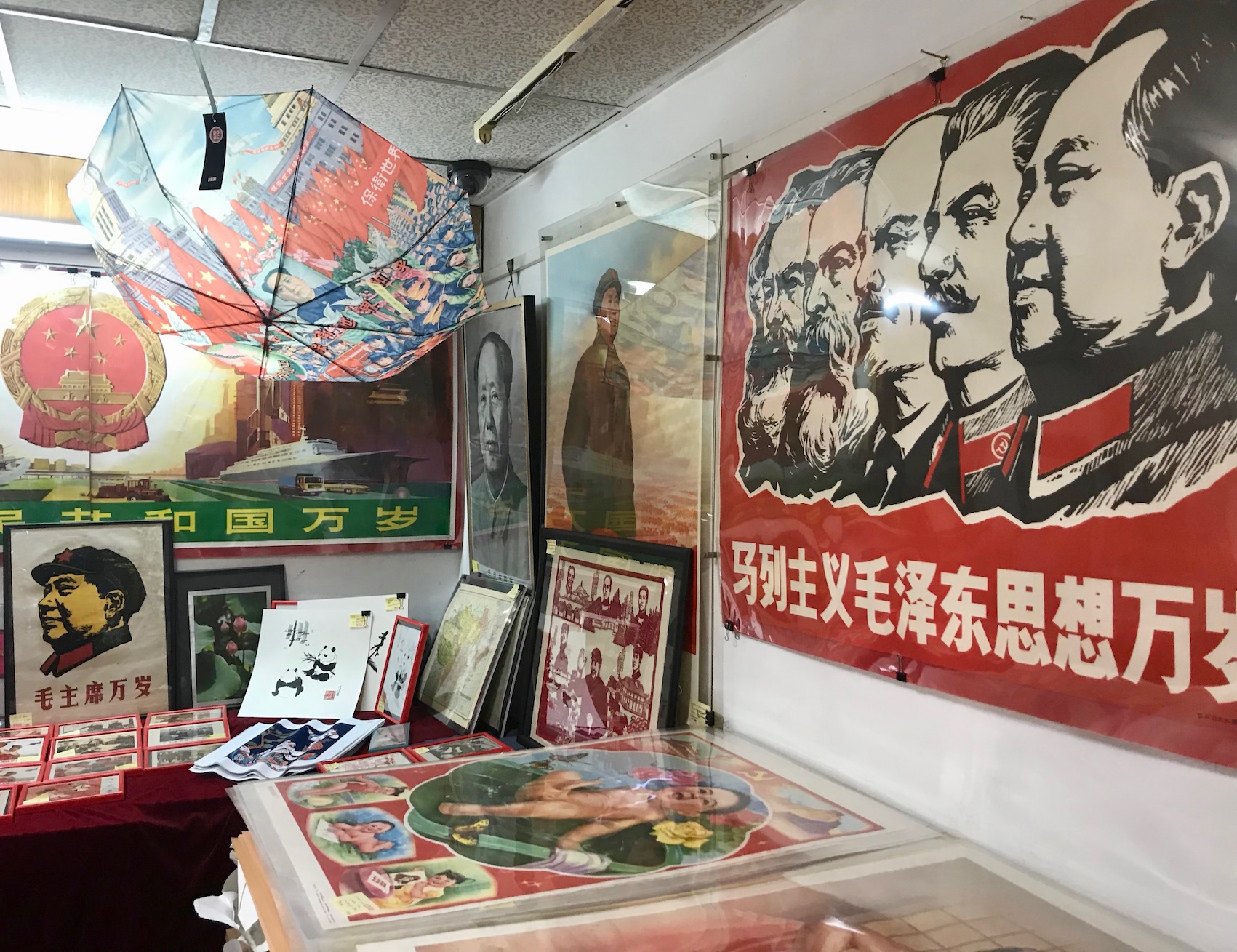 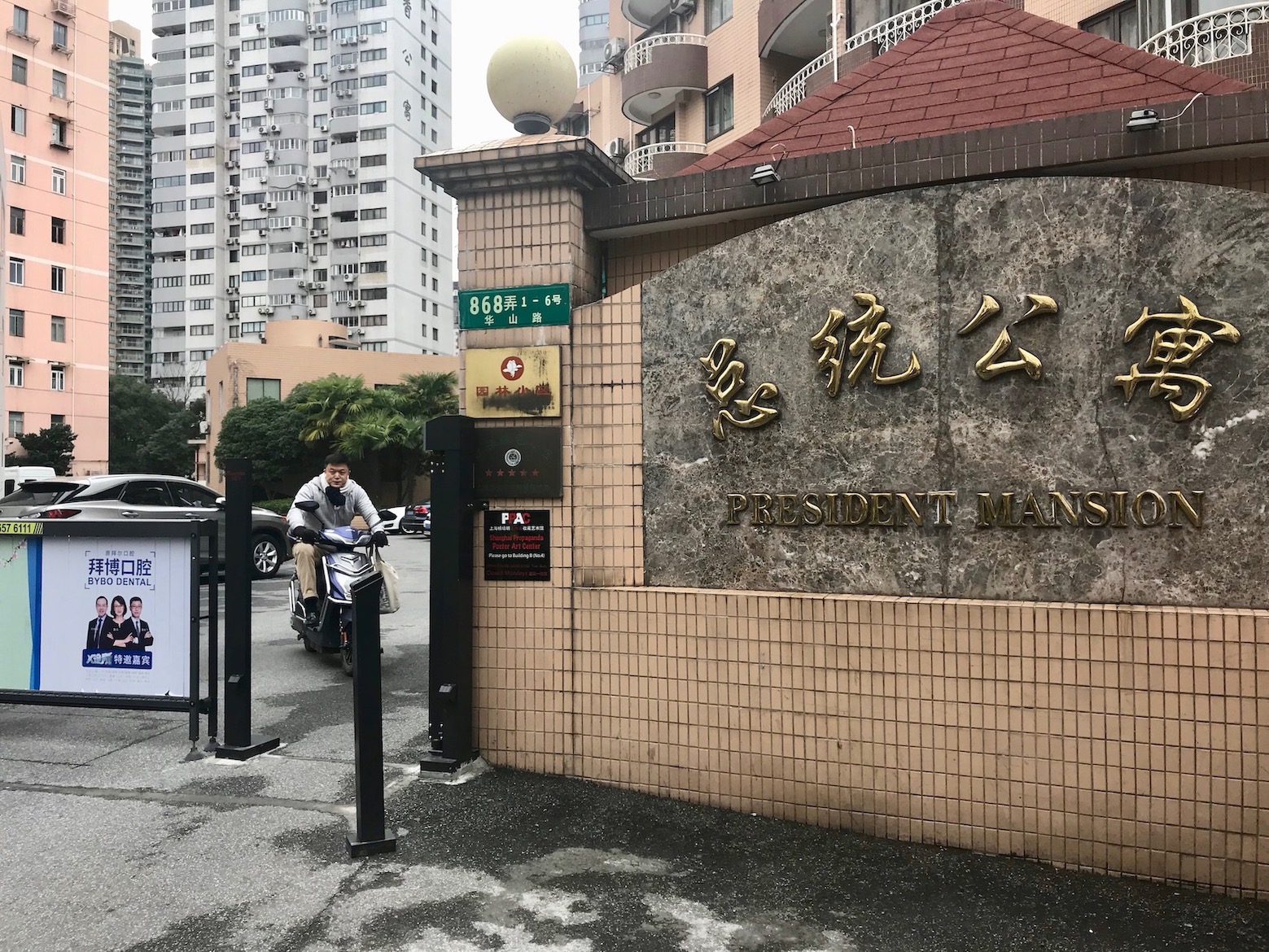 Finding the museum can be a bit tricky, as it sits in a sleepy residential complex called President Mansion at 868 Huashan Lu. Duck inside and more often than not the security guard will hand you a museum leaflet with a little map. 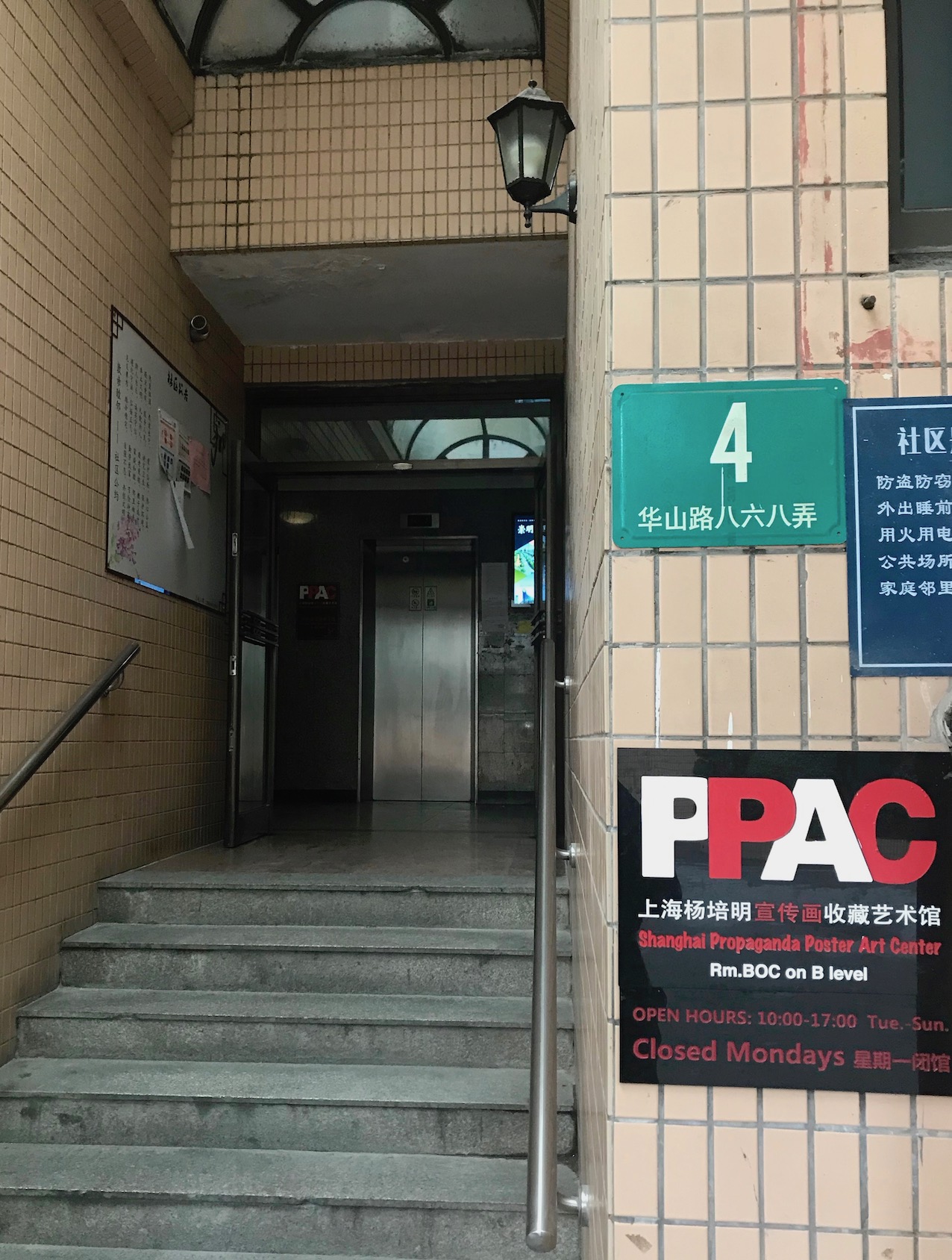