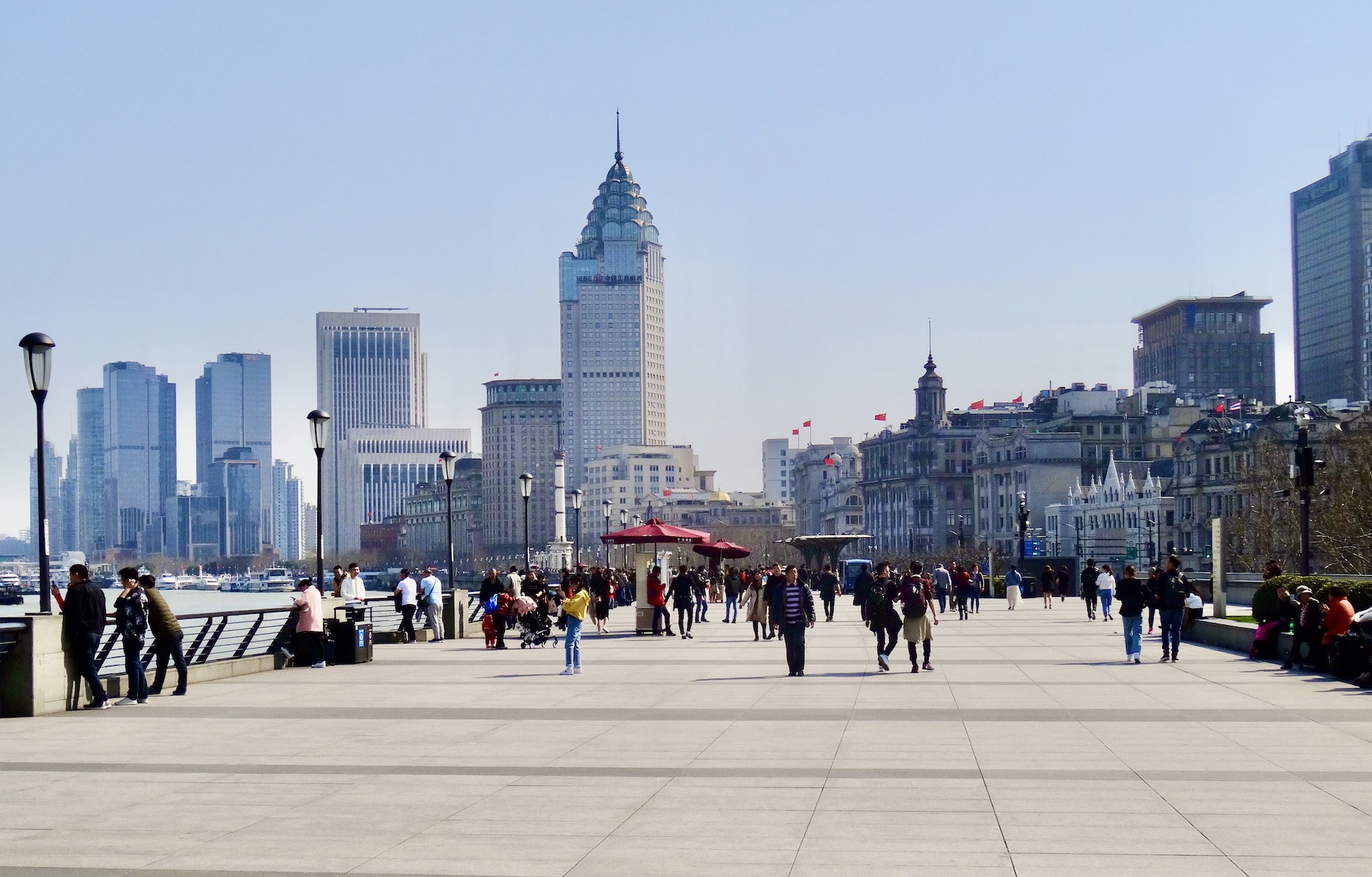 March 2019. It was so weird to be walking down The Bund in Shanghai again. After all, it had been almost ten years since I was last here with S back in another life. I couldn’t tell you what the weather was like during that first visit, but this time around it was a glorious, sunny day. Moreover, I couldn’t help feeling a little nostalgic. Just about everything had changed in my life since the summer of 2009. Hence it was somehow reassuring to see that The Bund is just the same. Lined with grand, colonial era buildings, this one-mile promenade stretches out across the western bank of The Huangpu River. 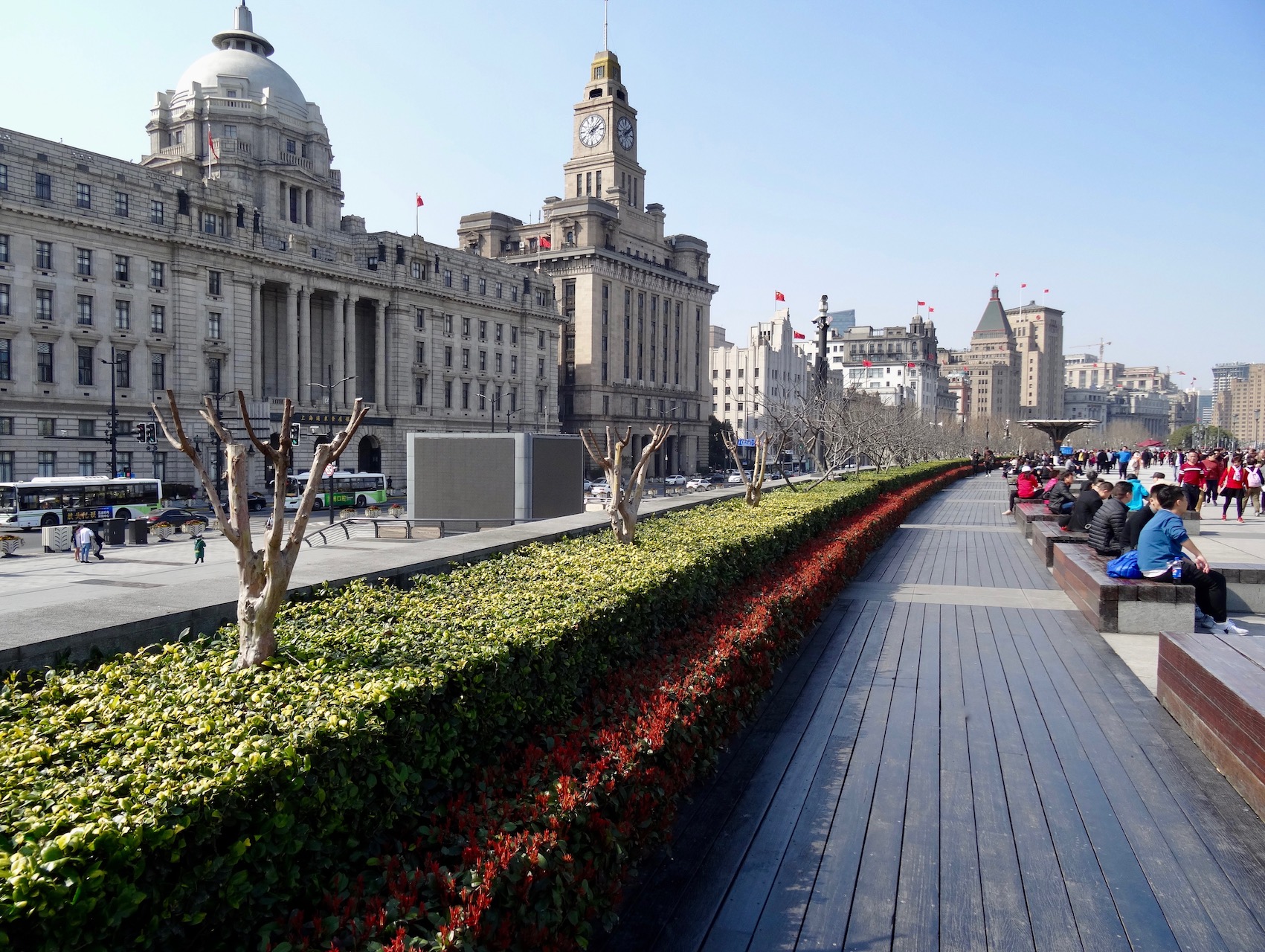 Crammed full of Gothic, Renaissance and Baroque buildings, The Bund was built by The British at the end of the 19th century. It was all part of the empire’s plan to encourage the city’s ongoing boom as a major trading port. You can still see these influences today as you pick out structures like the Victorian style Telegraph Building,The Big-Ben inspired Customs House and the classical Greek columns of Shanghai Pudong Development Bank. 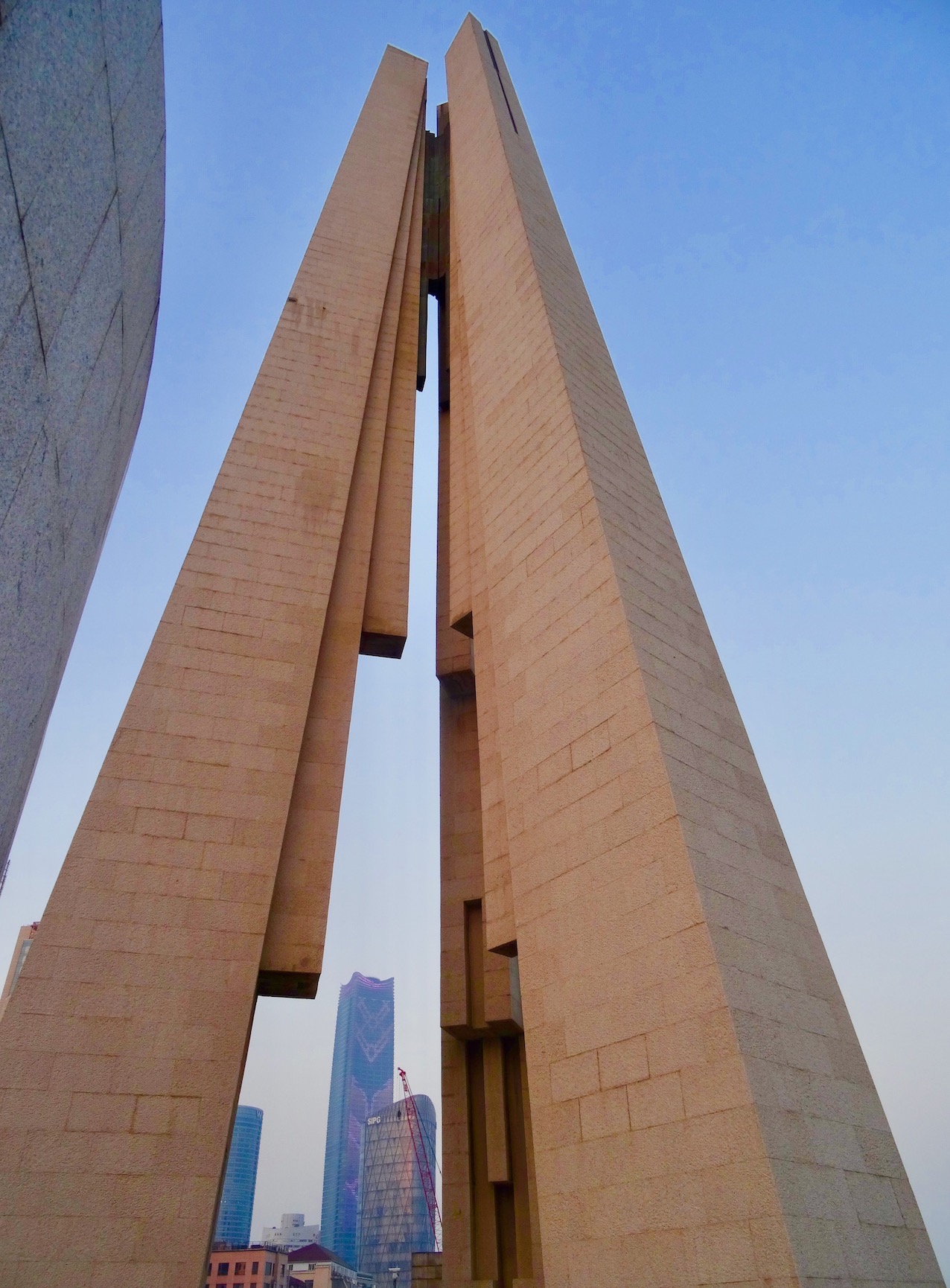 Wherever you find yourself on The Bund, you simply cannot miss the towering stone needles of The Monument to the People’s Heroes. 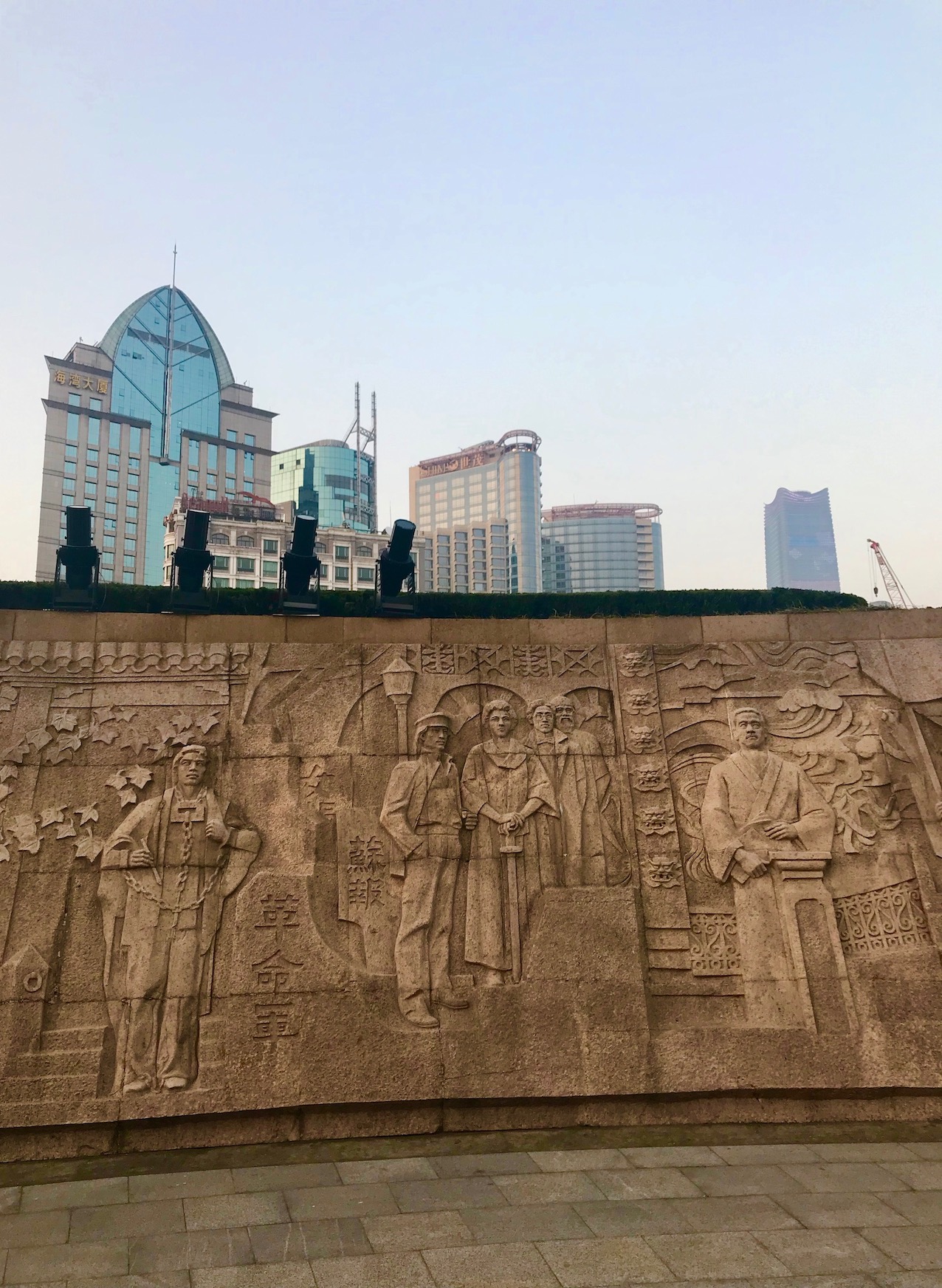 The People’s Heroes Monument was built in 1993 in tribute to China’s revolutionary martyrs. Once you’ve reached the towers, take the stone staircase down to admire the curved wall and its striking stone carvings. 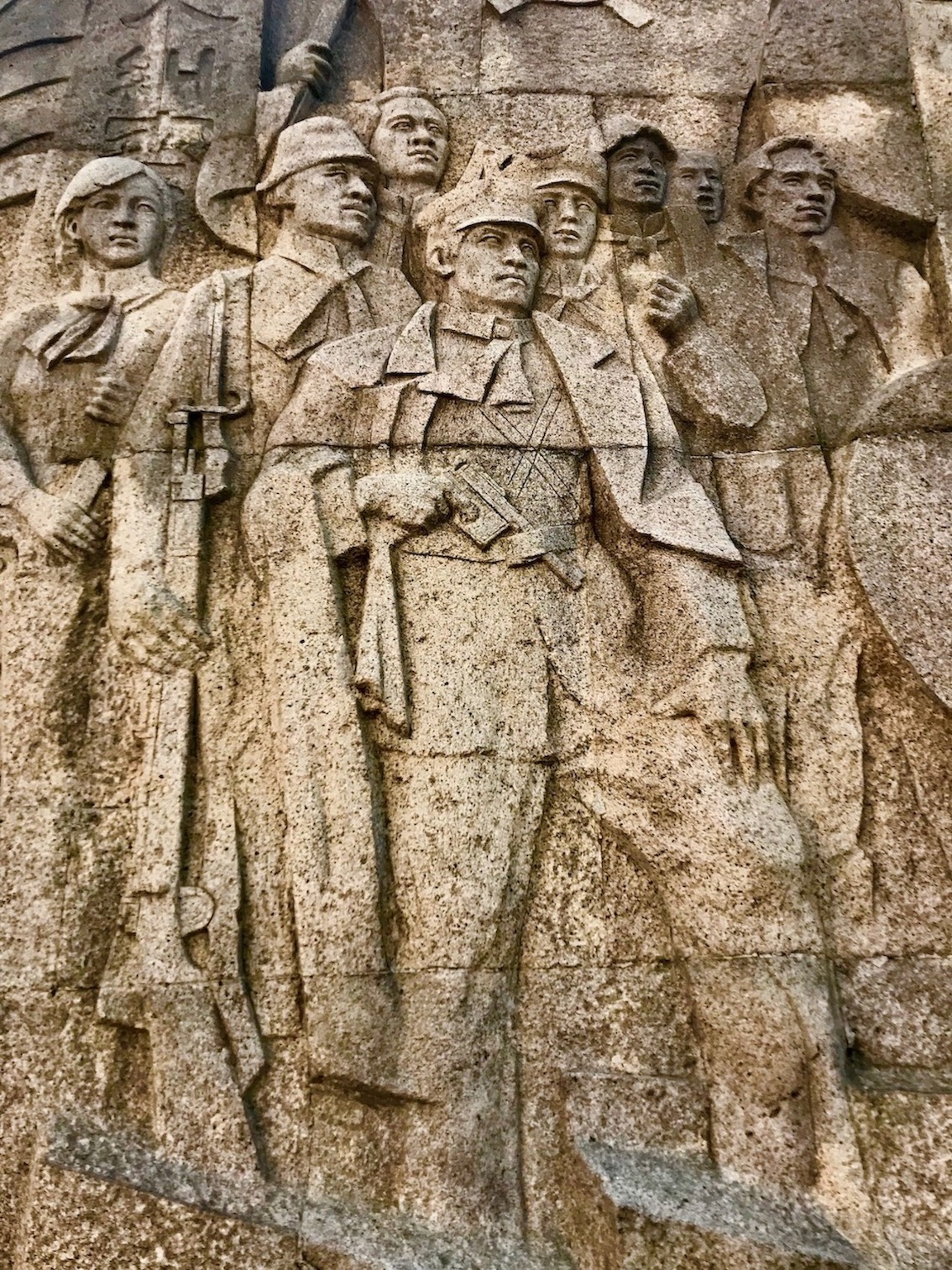 This is also the access point for the small, free-to-enter Bund Historical Museum, which provides an overview of the area’s colonial history. 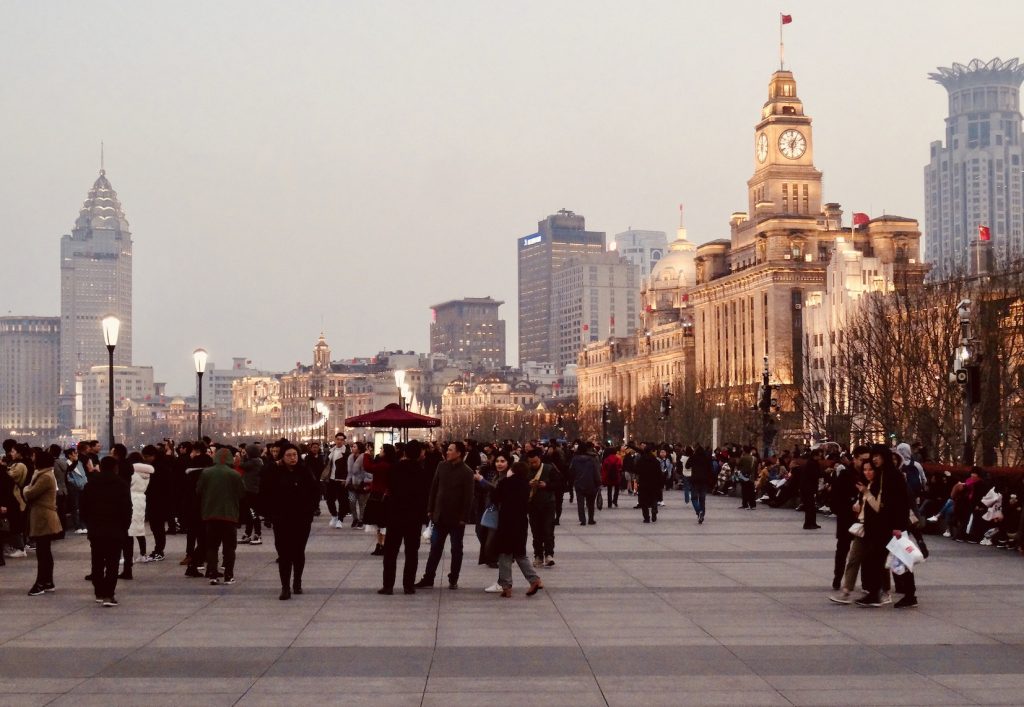 You’ll probably want to do at least two strolls down The Bund during your stay in Shanghai. For me it really comes alive at night when all the buildings light up. In fact, for just a moment, it’s possible to completely forget that you’re in China. 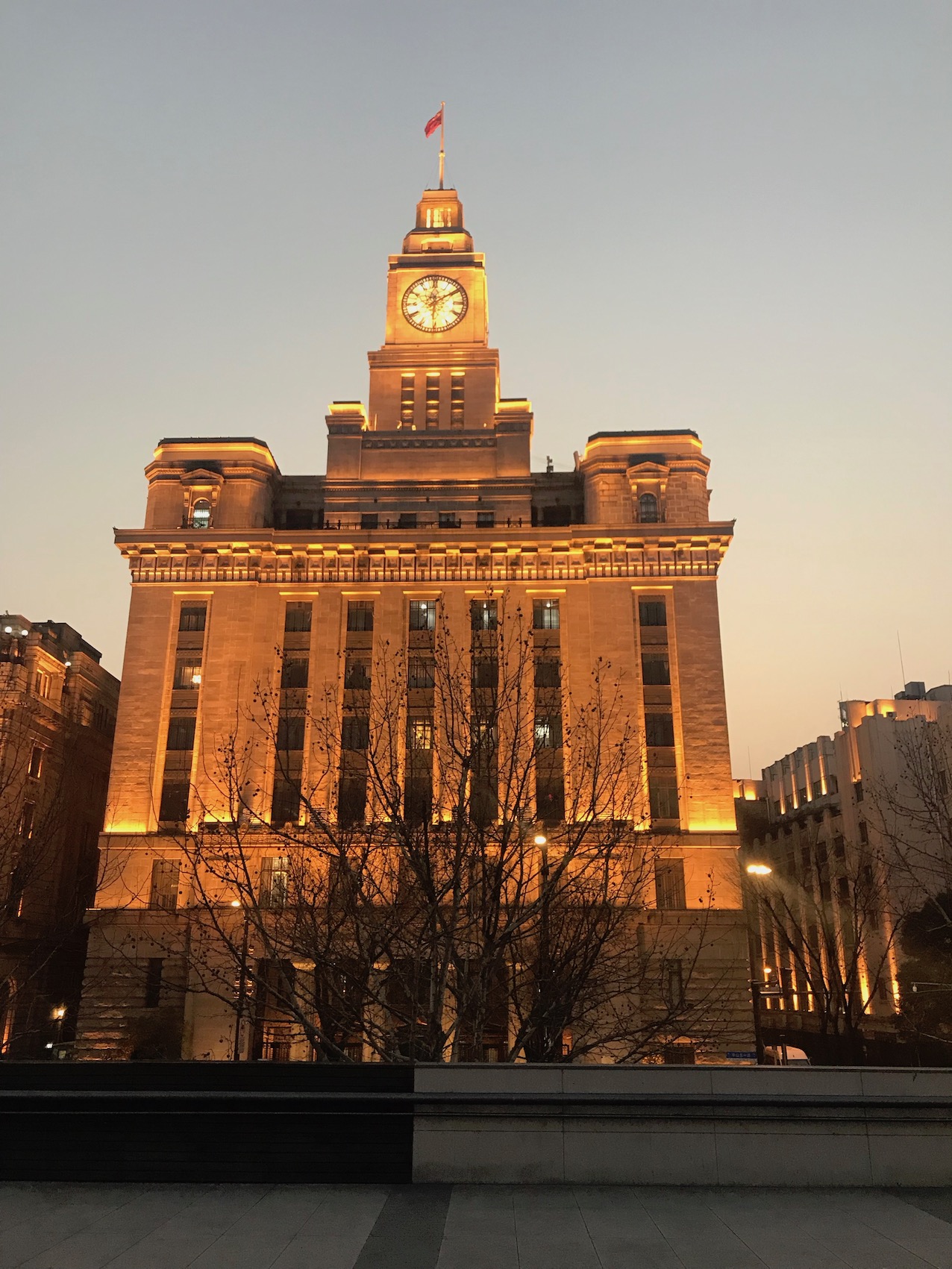 Nighttime is also when the serious photographers arrive to setup their tripods. There was a whole bunch of them that evening, along with little old me and my point and click Sony Cybershot. Ah, well. 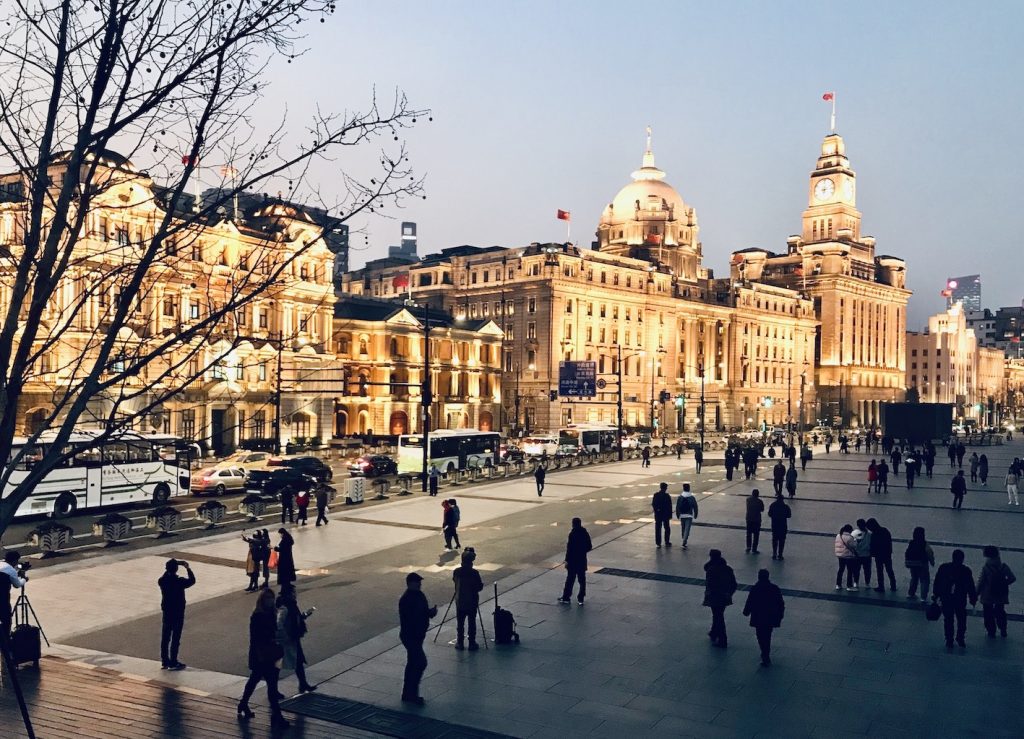 Anyone familiar with Shanghai and The Bund will have noticed that so far I’ve cunningly failed to mention the main reason people flock here. To find out more, check out my article on The Pudong Skyline.