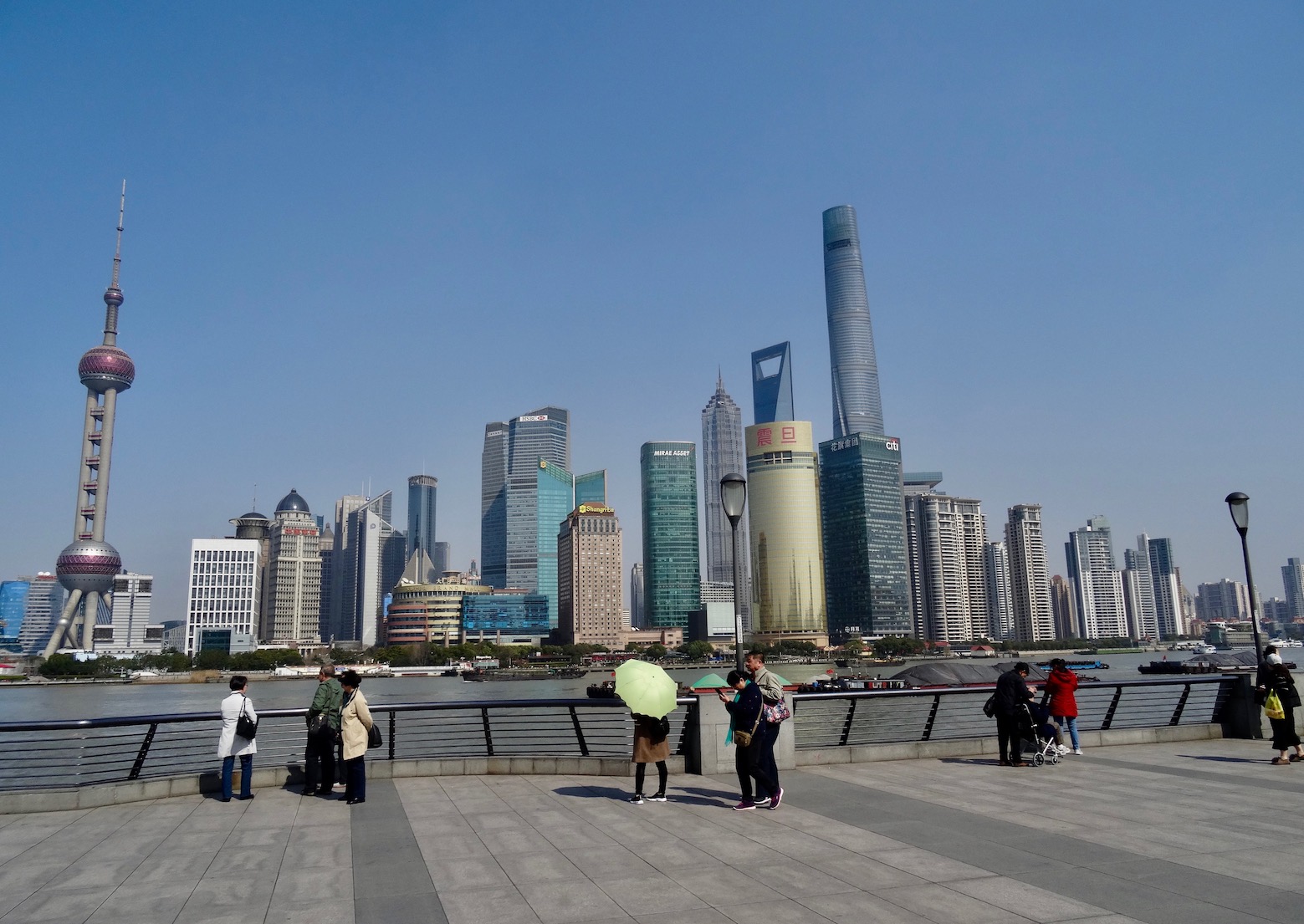 March 2019. Throw out a quick Google search on the world’s top cityscapes and there’s nearly always a spot for the amazing Pudong Skyline Shanghai. Pudong means East of the river and in this case China’s most famous row of skyscrapers sits snugly on the eastern bank of The Huangpu River. It’s best viewed from the other side of The Bund, a one-mile promenade home to the city’s best preserved collection of colonial era buildings. 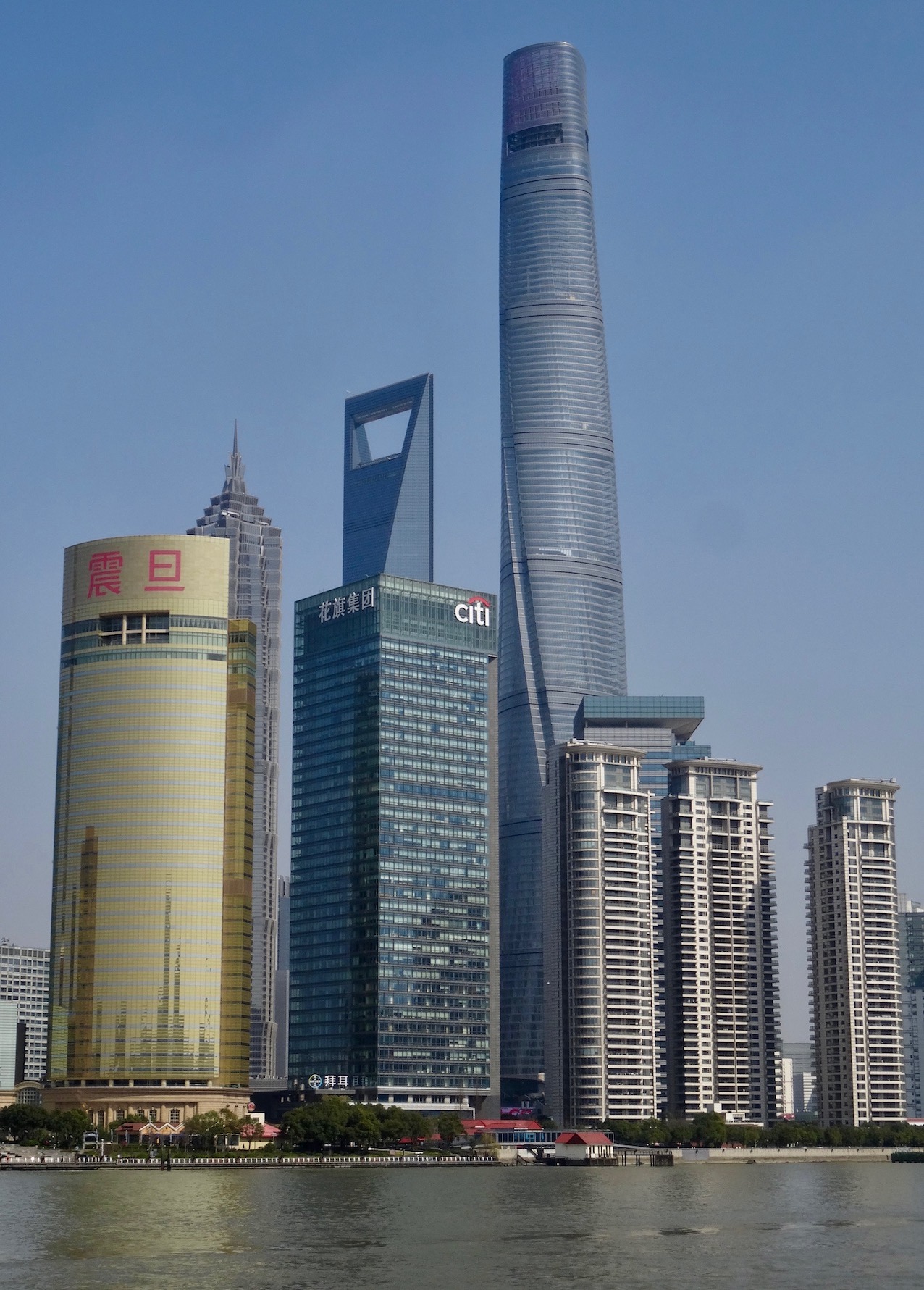 Initially, most people find their eyes drawn to Shanghai Tower, the tallest building in China at 632-metres. Its incredible design features nine cylindrical structures stacked on top of each other. Moreover, its stunning glass facade completes a 120-degree twist as it rises up the 128 floors. Visitors can access the 118th and 199th floor observation decks. Either head directly to the building or save some queuing time with a host of online operators, such as Klook. The sleek, golden building on the left is Aurora Plaza, home to the famous electronics company. At night video projections play out on the building’s facade. 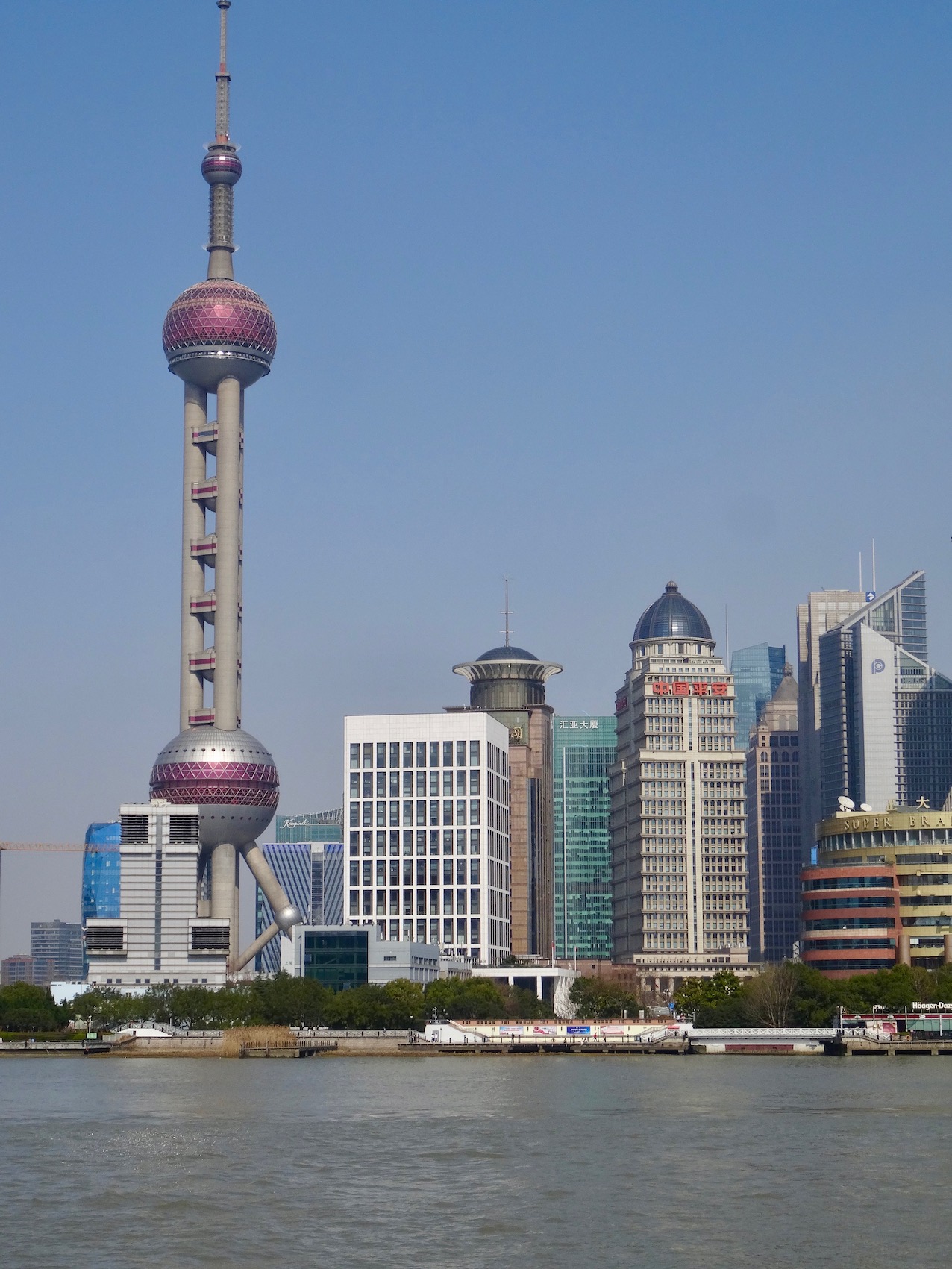 My favourite Pudong Skyline building is the 468-meter high Oriental Pearl TV Tower, with its distinctive pair of golf ball domes. Built in 1994, today it’s home to the Shanghai History Museum and a gaming centre with an indoor rollercoaster! You can also visit the 249 meter glass floor observatory. Furthermore, if you’re feeling really flush, why not grab a bite at the even higher (267 meter) revolving restaurant. 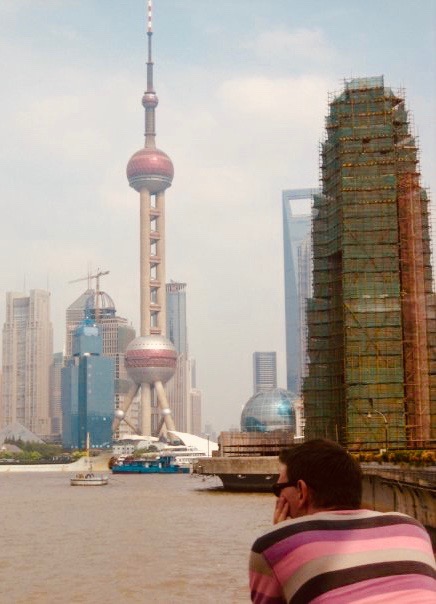 While I was putting this article together I found an old 2009 shot of myself gazing out at the Oriental Pearl TV Tower. 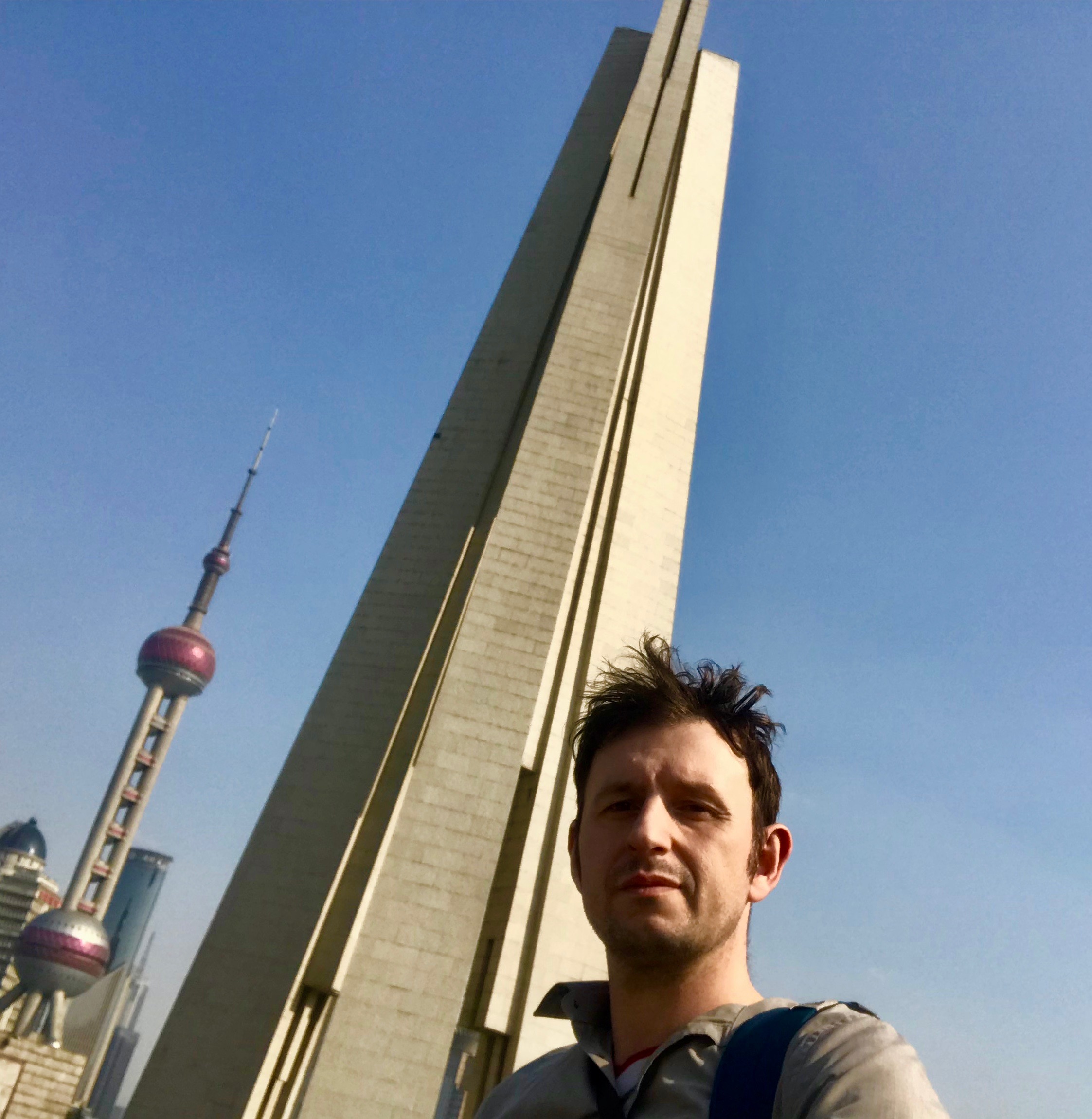 Back with my old buddy Oriental Pearl TV Tower, March 2019.

Needless to say I was keen to grab a 2019 photo and put them side by side. I wish I could say I’m aging as well as the tower! 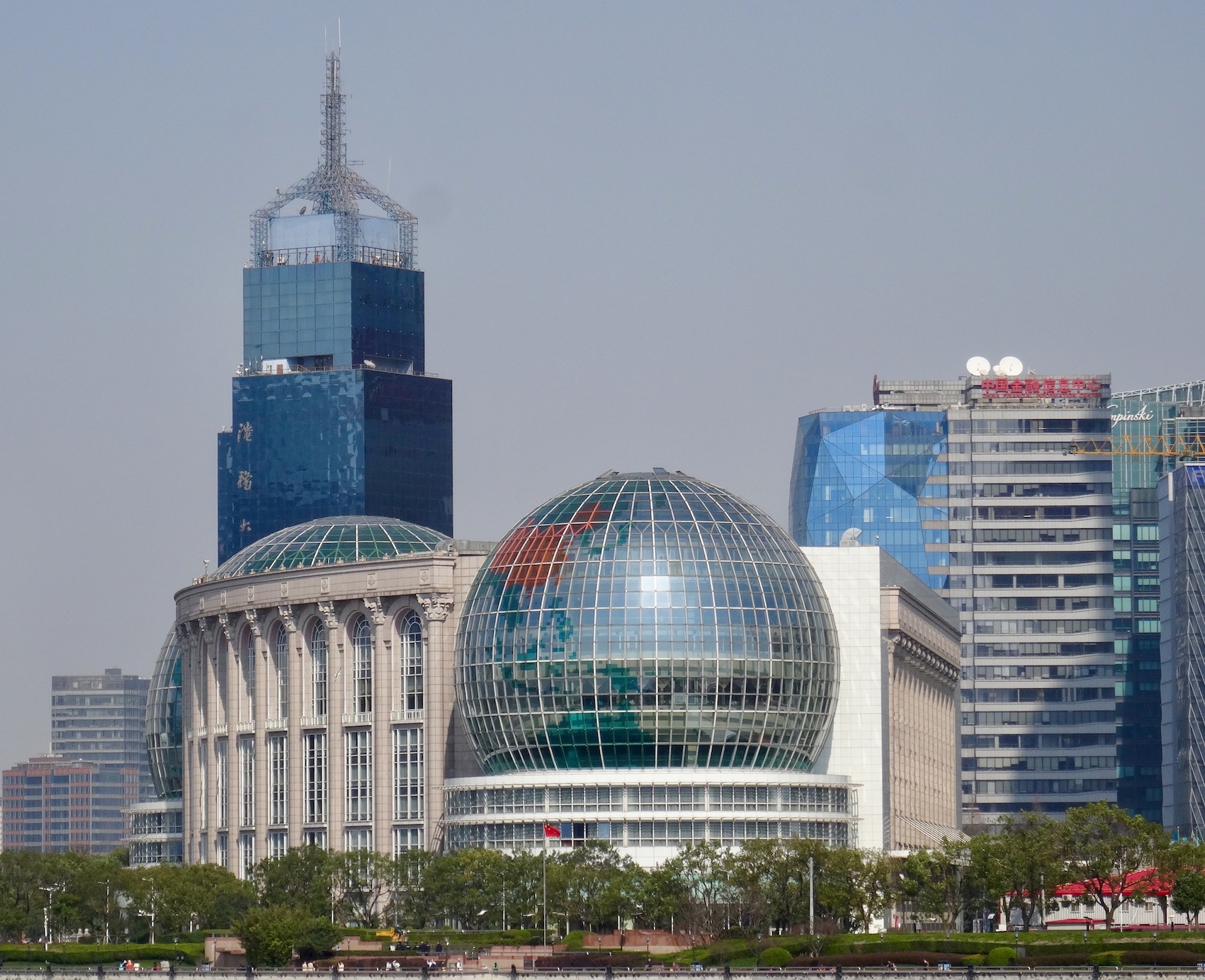 Another of The Pudong Skyline’s more distinctive buildings is Shanghai International Convention Center with its giant sphere globes. The glass exterior showcases intricate world maps, championing the idea of “Shanghai stepping into the world”. 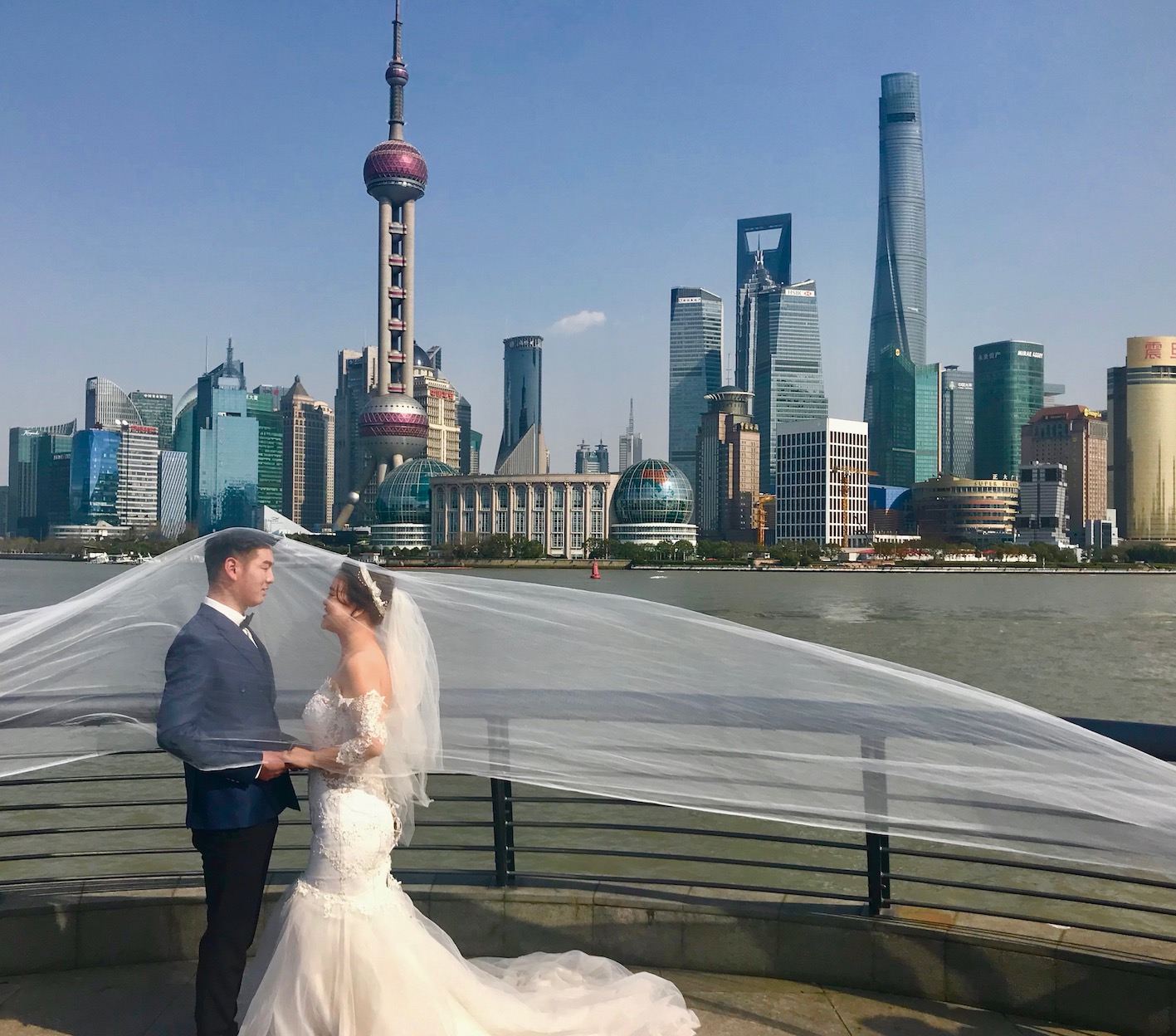 A wedding photo framed by The Pudong Skyline.

The Pudong is one of the most photographed areas of China, with thousands of people clicking away at any given moment. Photographers come to set up their tripods and newlyweds arrive to have their picture taken against its dramatic backdrop. Whatever time of day you happen to drop by, there’s always a buzzing atmosphere. 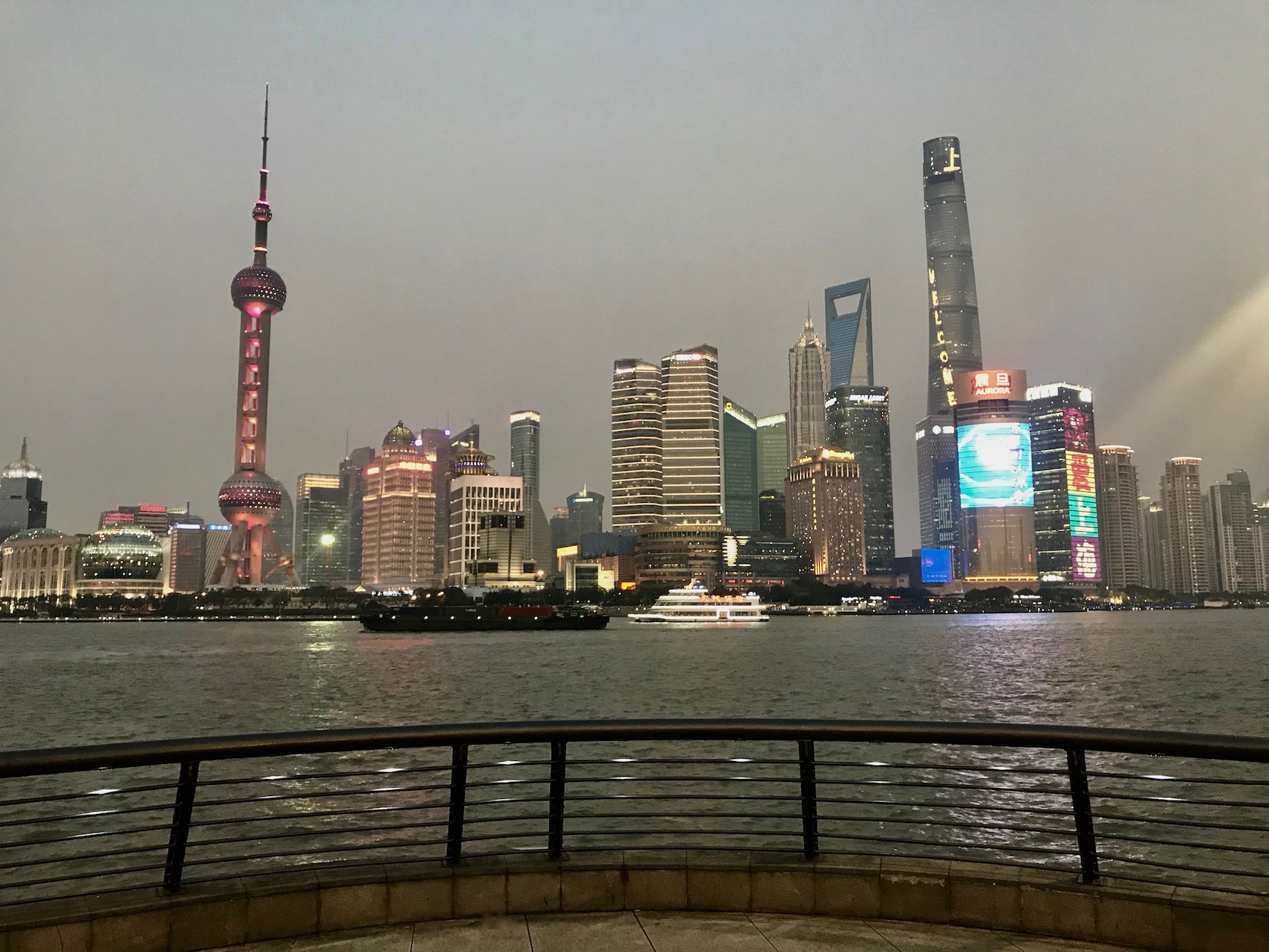 All of the Pudong Skyline photos in this article were taken from The Bund on the western side of The Huangpu River.