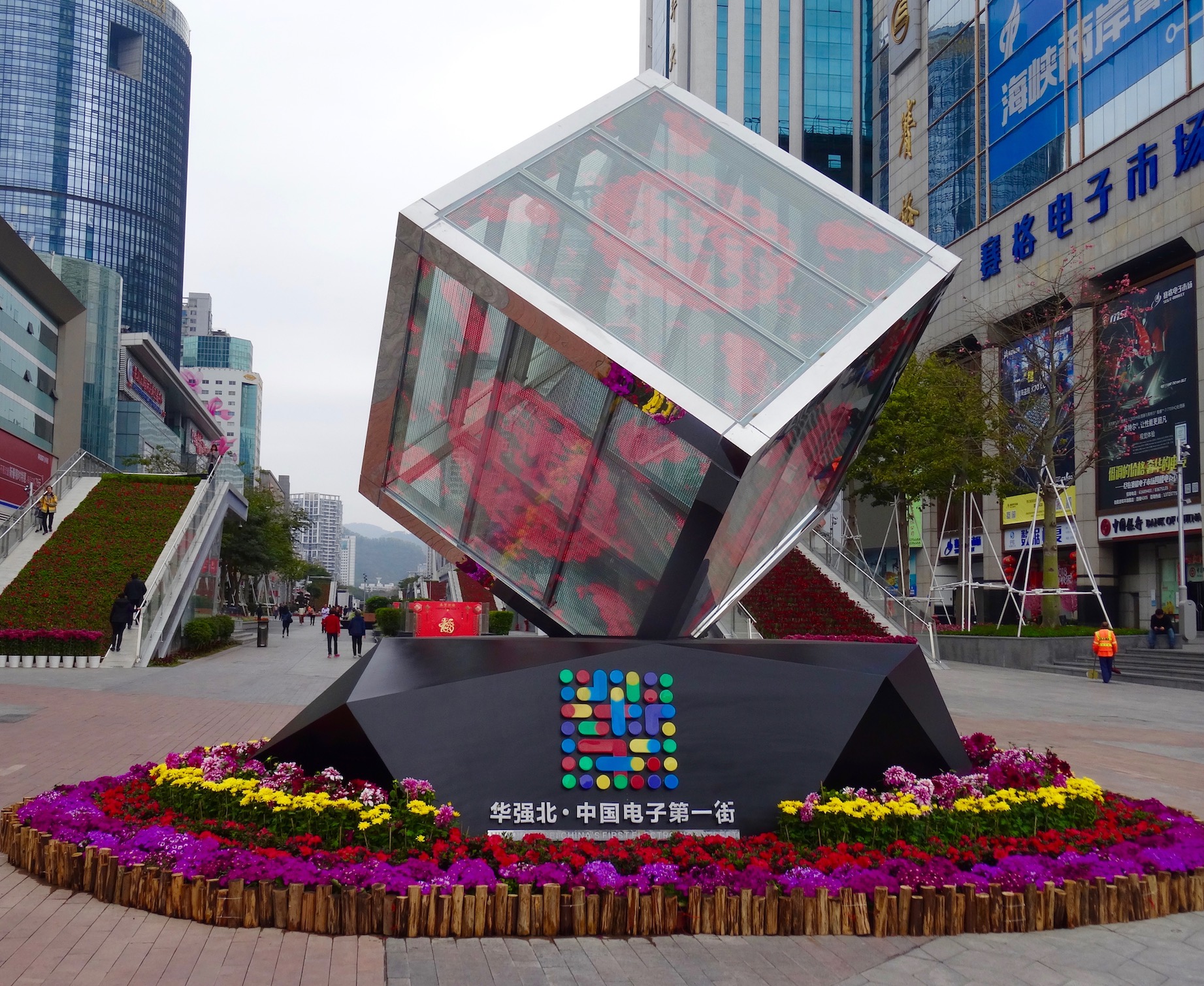 February 2018. Wonderboy and I were excited about the prospect of visiting the so-called Silicon Valley of China! In fact, we’d read all about it prior to our arrival in Shenzhen. Most people have never even heard of it, and yet, Huaqiangbei Electronics District is the biggest electrical complex in China. Some even claim it’s the biggest in the world. Spread out over a sprawling three kilometres, the area positively buzzes with malls, stores, showrooms, workshops and service centres. However, when we arrived on an overcast February morning at the tail end of Chinese New Year, the entire place was dead. 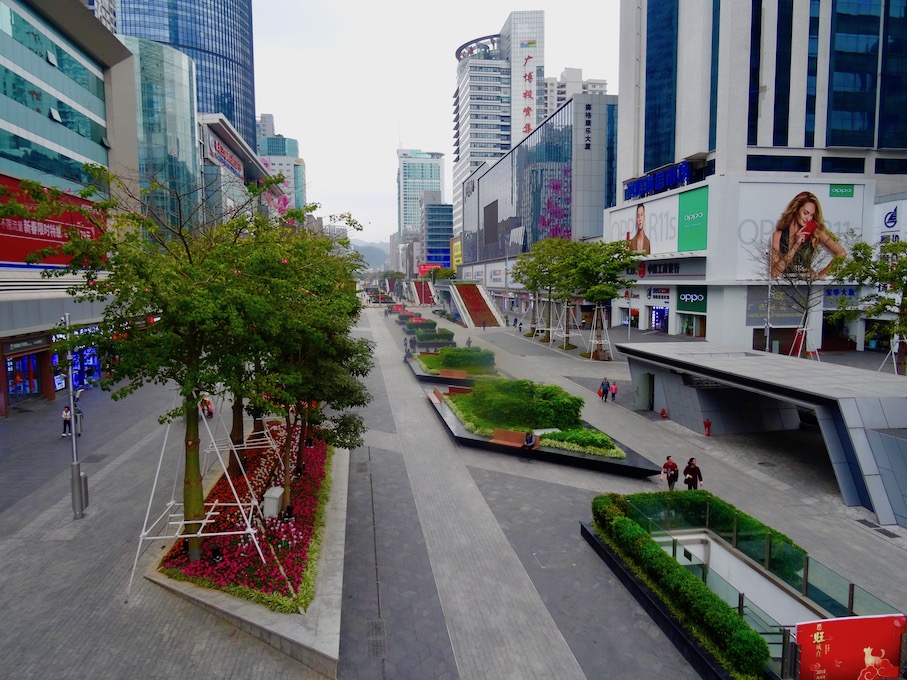 This was a real bummer, especially as both Wonderboy and I were on a mission that day. He had his heart set on a drone, while I was in desperate need of a new battery for my Mac. With absolutely nothing going on in the district’s main street, we headed to a nearby Starbucks to ponder our next move over some sympathetic lattes. 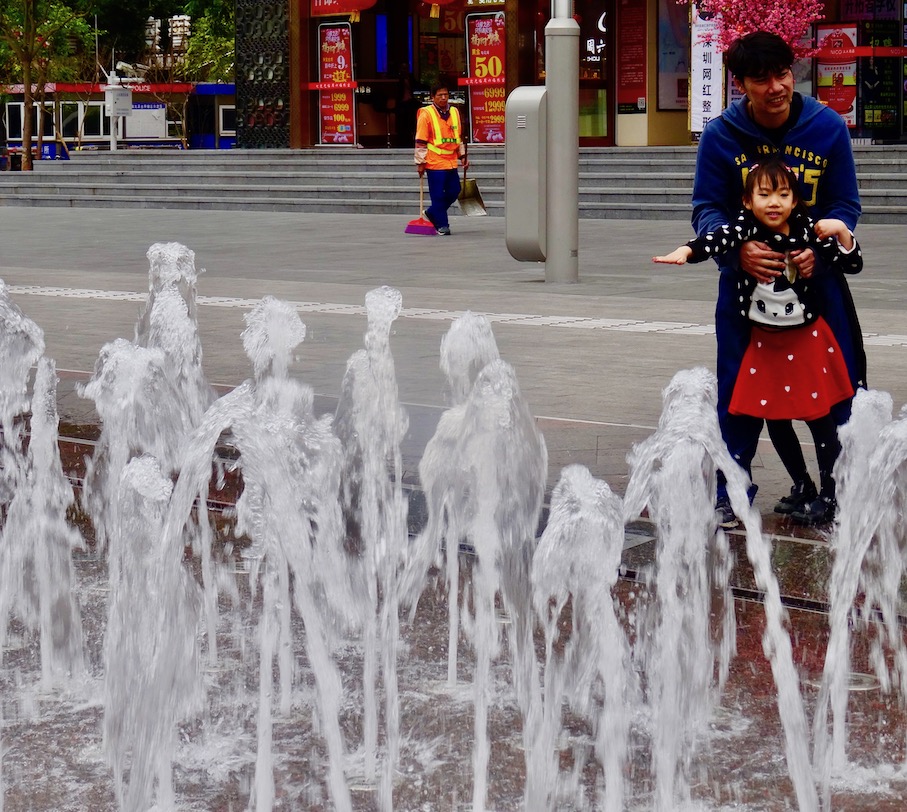 “It’s still early,” an Australian expat told us as we got our caffeine fix. “Hang for a bit, a few stores should start opening soon”. And right enough, when we returned an hour later, it was to a pleasing soundtrack of opening shutters and crappy dance music. Slowly but surely, Huaqiangbei Electronics District was beginning to wake up. 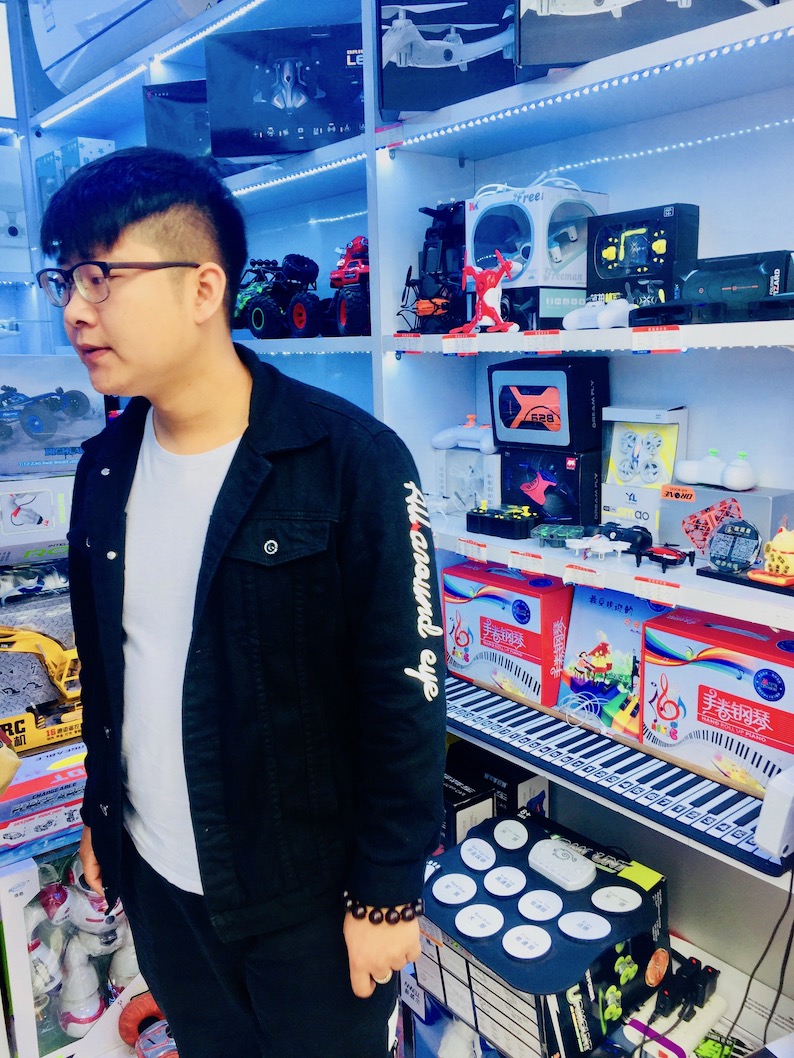 Our disappointment soon gave way to relief as we realised we’d be getting the great Shenzhen electronics experience without the crowds. Ok, only a third or so of the stores actually began opening, but hopefully we’d still be able to get what we came for. In fact, it didn’t take Wonderboy long to come away with a new HD camera drone. He paid 580RMB (£66/€75/$93). 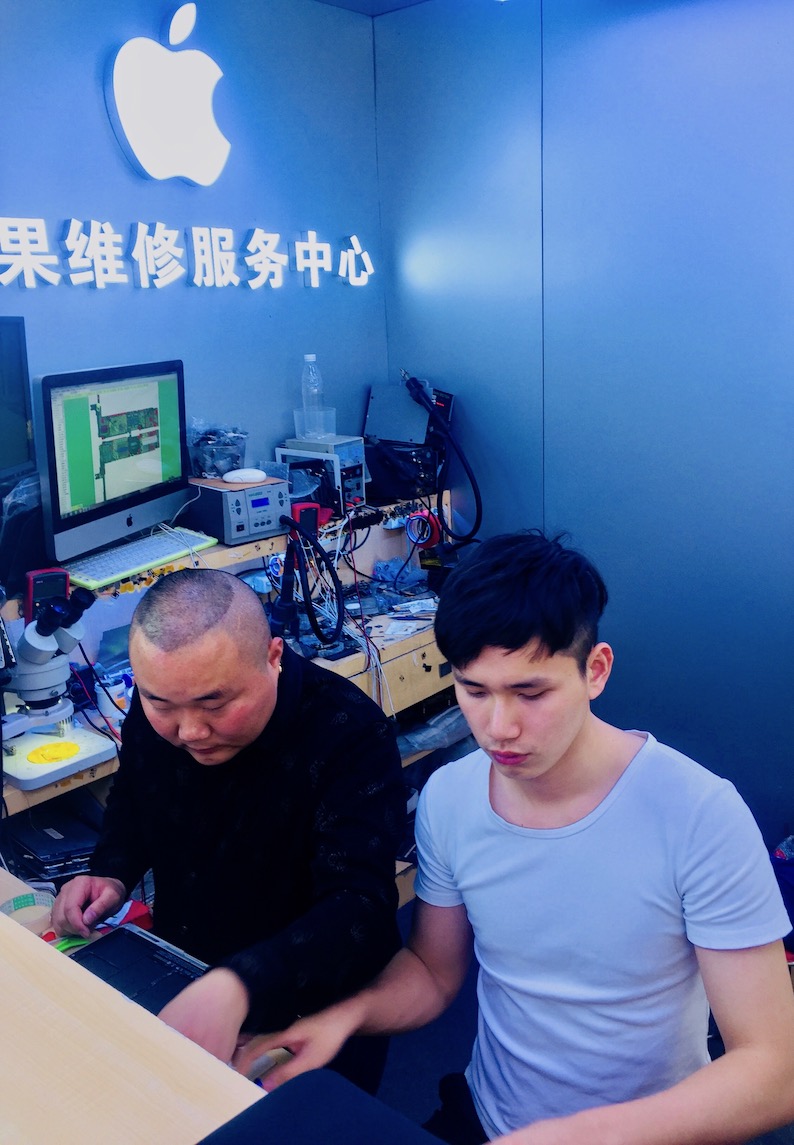 Getting my hands on a new Mac battery proved trickier. “Méiyou!” (none!) came the reply, again and again. At one place, in a cruel display of false hope, the man nodded enthusiastically before telling me to come back in ten days. I’d almost given up by the time we stumbled upon this place. Amusingly, they advertised themselves as an Apple Genius Har, which didn’t fill me with much confidence. But then the dude behind the counter confidently produced a brand new battery from a drawer behind the counter and had it installed in a matter of minutes. Mission accomplished!

As I write this I realise that, in these turbulent times of quarantine, self isolation and social distancing, Huaqiangbei is now a ghost town all over again. Like the rest of us, I hope it can bounce back soon!

Want to know more about Huaqiangbei Electronics Market? Check out this video tour from Mikesblog.com.

For more on my adventures in the city, check out my other travel reports from Shenzhen.

Like these? Then why not have a leaf through my zillion articles from all around China.