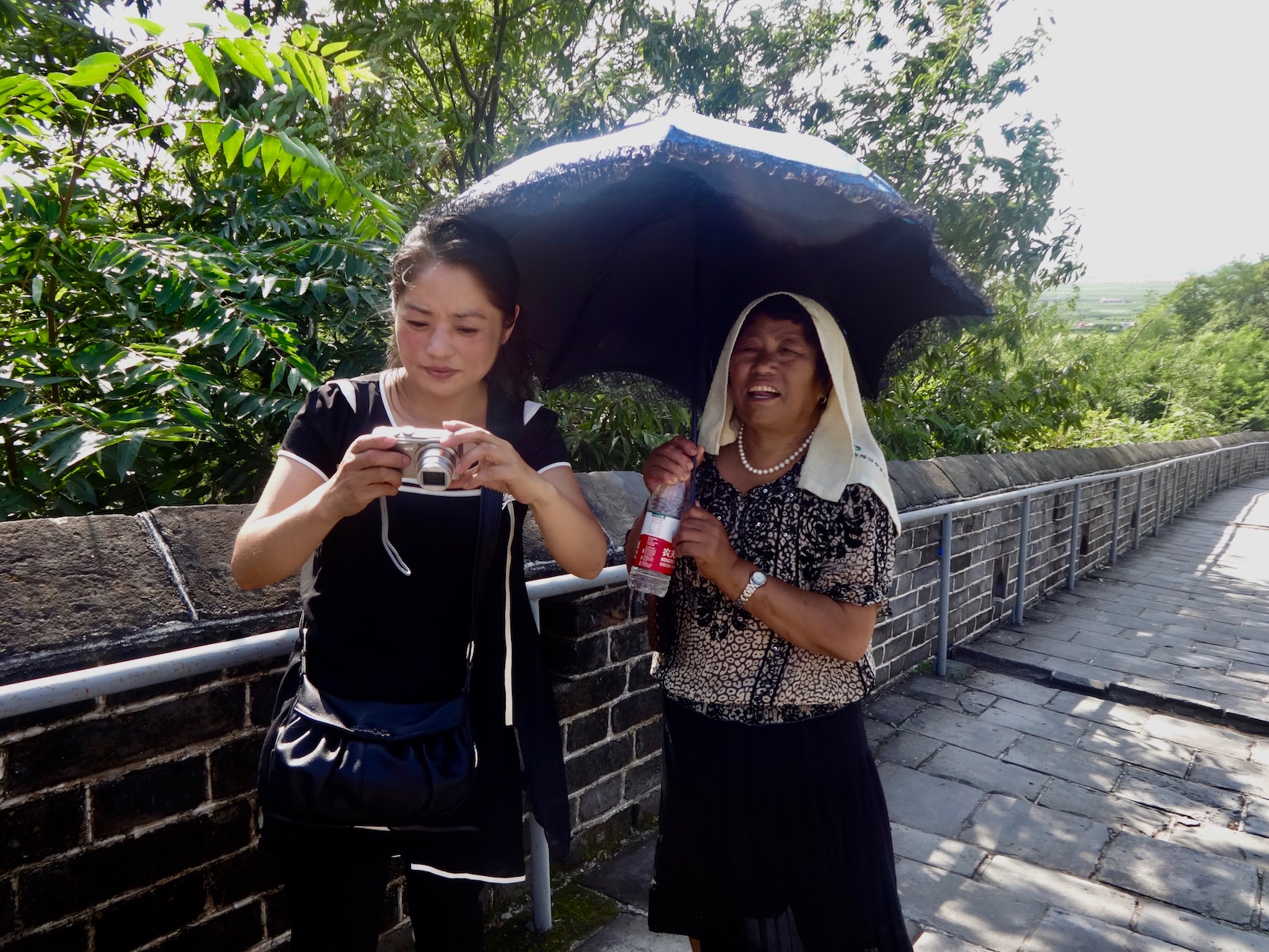 In the summer of 2014 my friend Anthony and I embarked on a two week trip across the northeast of China. For me it was yet another corner of the country conquered. One of the highlights of that trip was getting to hike my third section of The Great Wall. Located twenty kilometres outside the city of Dandong, Tiger Mountain (known locally as Hushan) is a 1200 meter long section of wall that twists dramatically around the rock face. Not many western tourists make it out here, hence we found ourselves much in demand that day. In fact, just about everyone we came across stopped to point, laugh, take photos and chat. 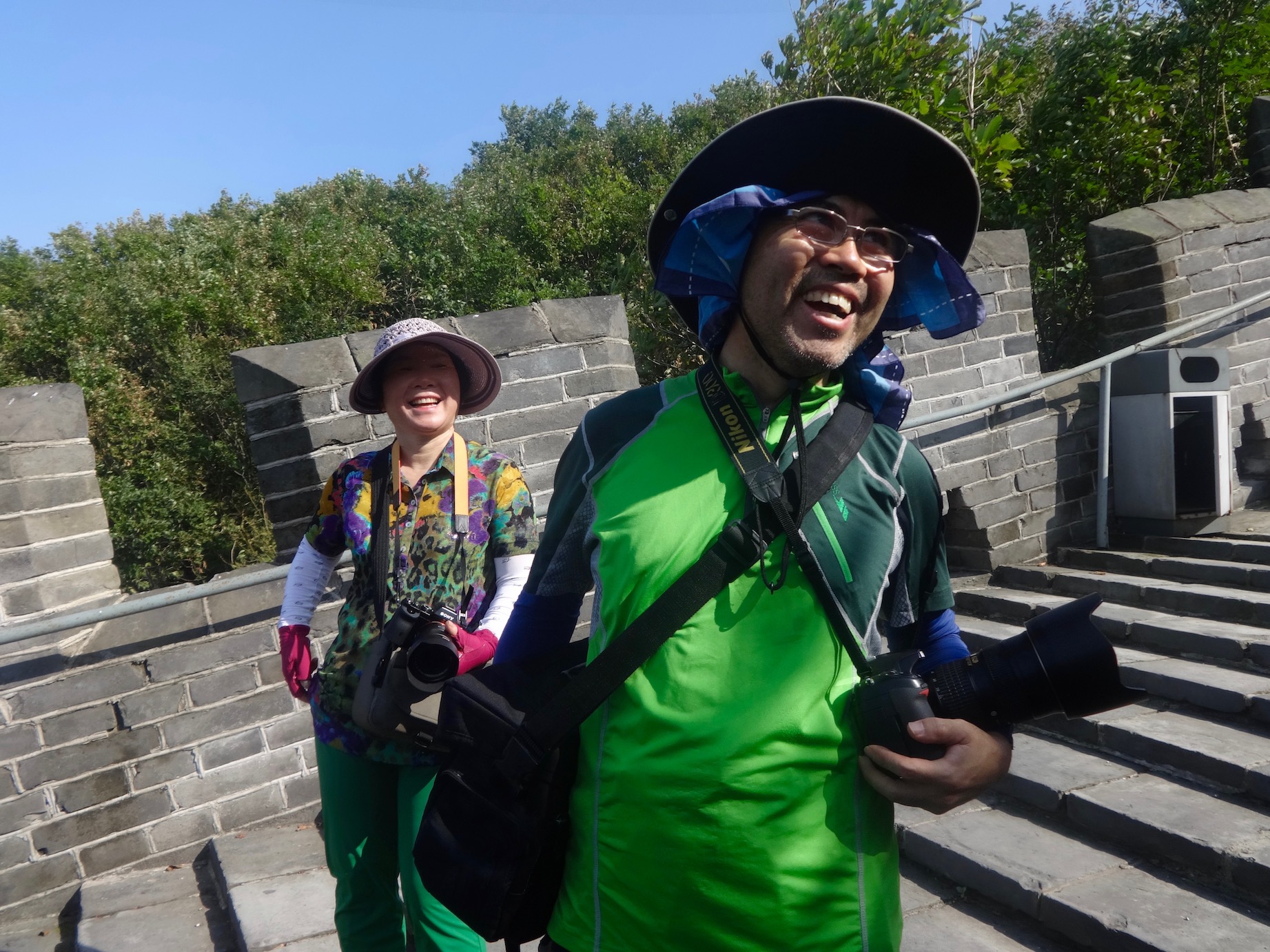 Tiger Mountain is the easternmost section of The Great Wall, constructed during the Ming Dynasty to fend off Korean invaders. Security clearly isn’t what it once was though, as we bumped into a pair of South Koreans during our hike. They didn’t speak any English, but Anthony was able to converse with them in Korean, having lived in Seoul for a number of years. 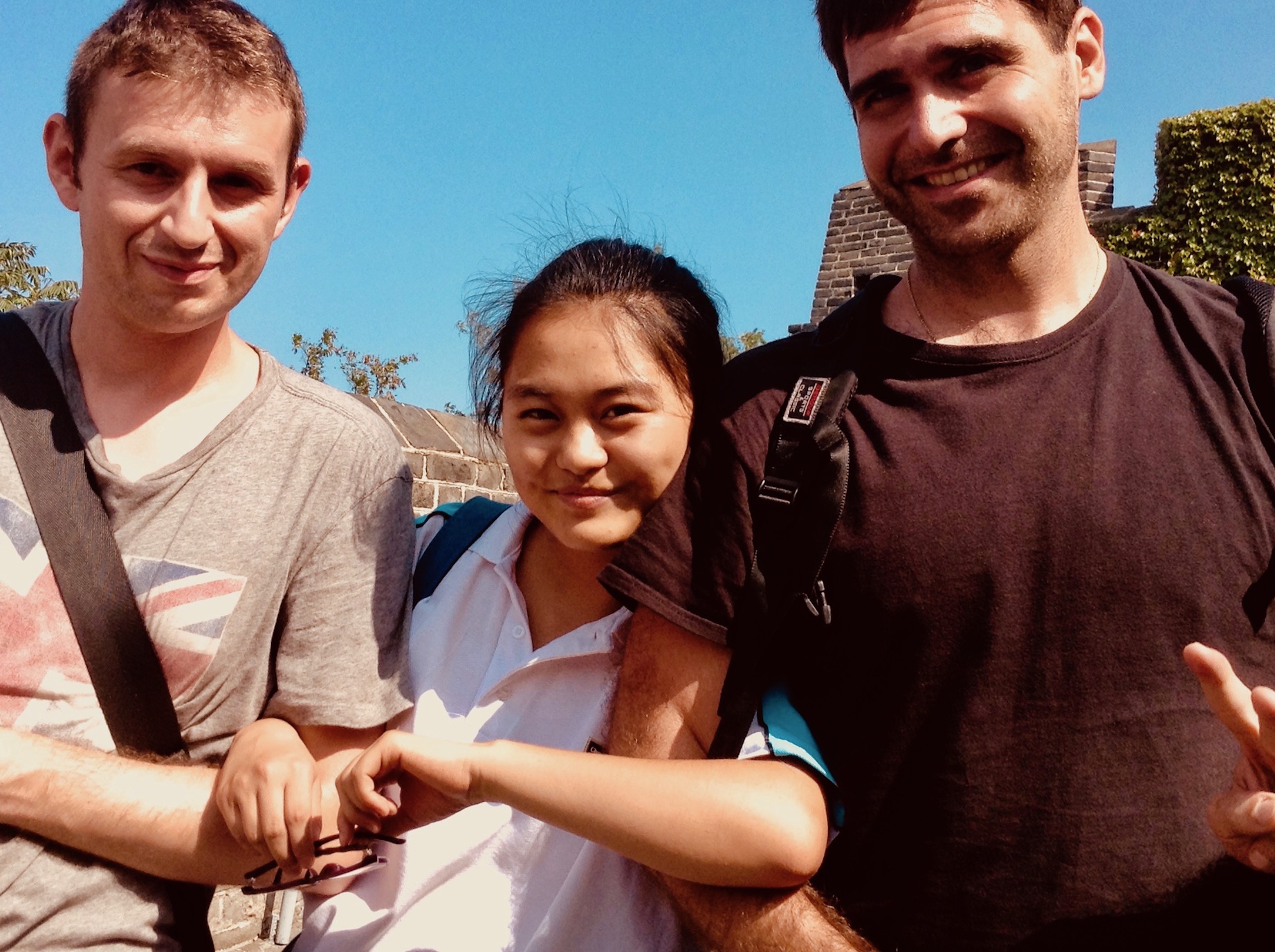 This very sweet Dandong schoolgirl was over the moon to see us. So much so, she excitedly insisted that her mother took a photo to mark the occasion. She was literally jumping up and down asking us where we were from and if we liked Chinese food. As her mother lined up the shot, she instinctively locked arms with the pair of us. 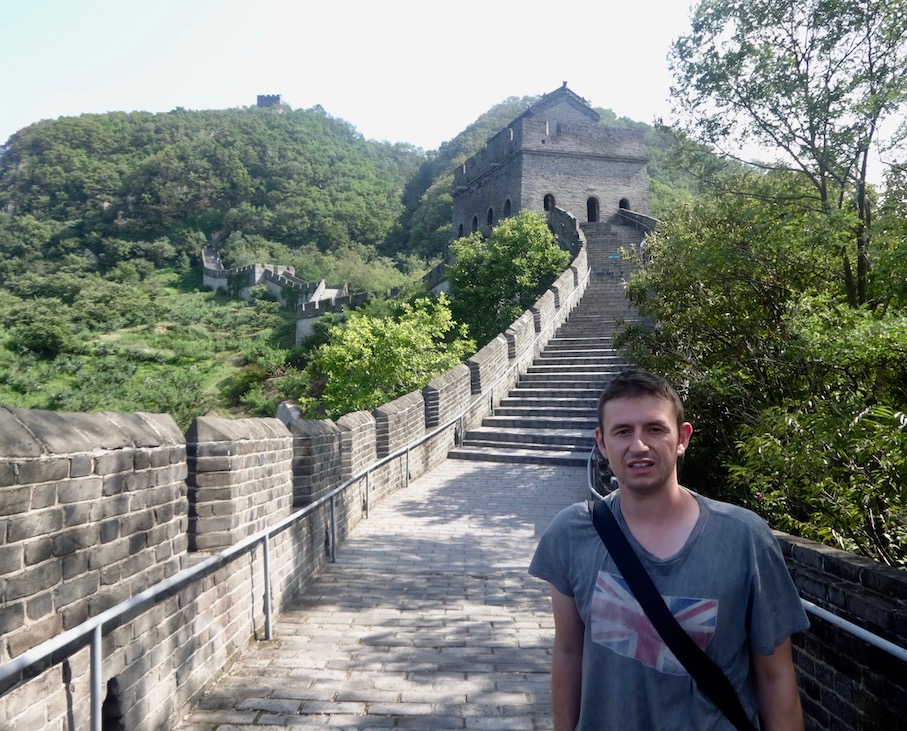 The Tiger mountain section of China’s Great Wall sprang up in 1469 during The Ming Dynasty. However, it wasn’t until 1989 that excavation work started on the ruins here and a long restoration process began. By 2000 the wall had been beautifully remodelled, along with twelve of its old watchtowers. 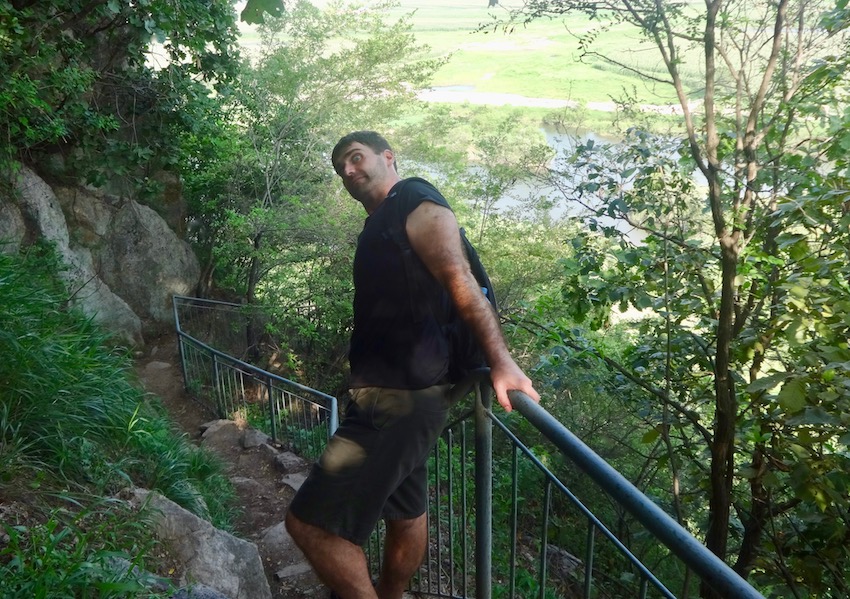 As pretty as the wall is, The Tiger Mountain experience only starts getting really interesting once the brickwork peters out. Eventually, the path gives way to a forest trail that spirals across a giant cliff face. From here, it winds its way around several giant boulders, up a stone staircase or two and through a couple of narrow caves. 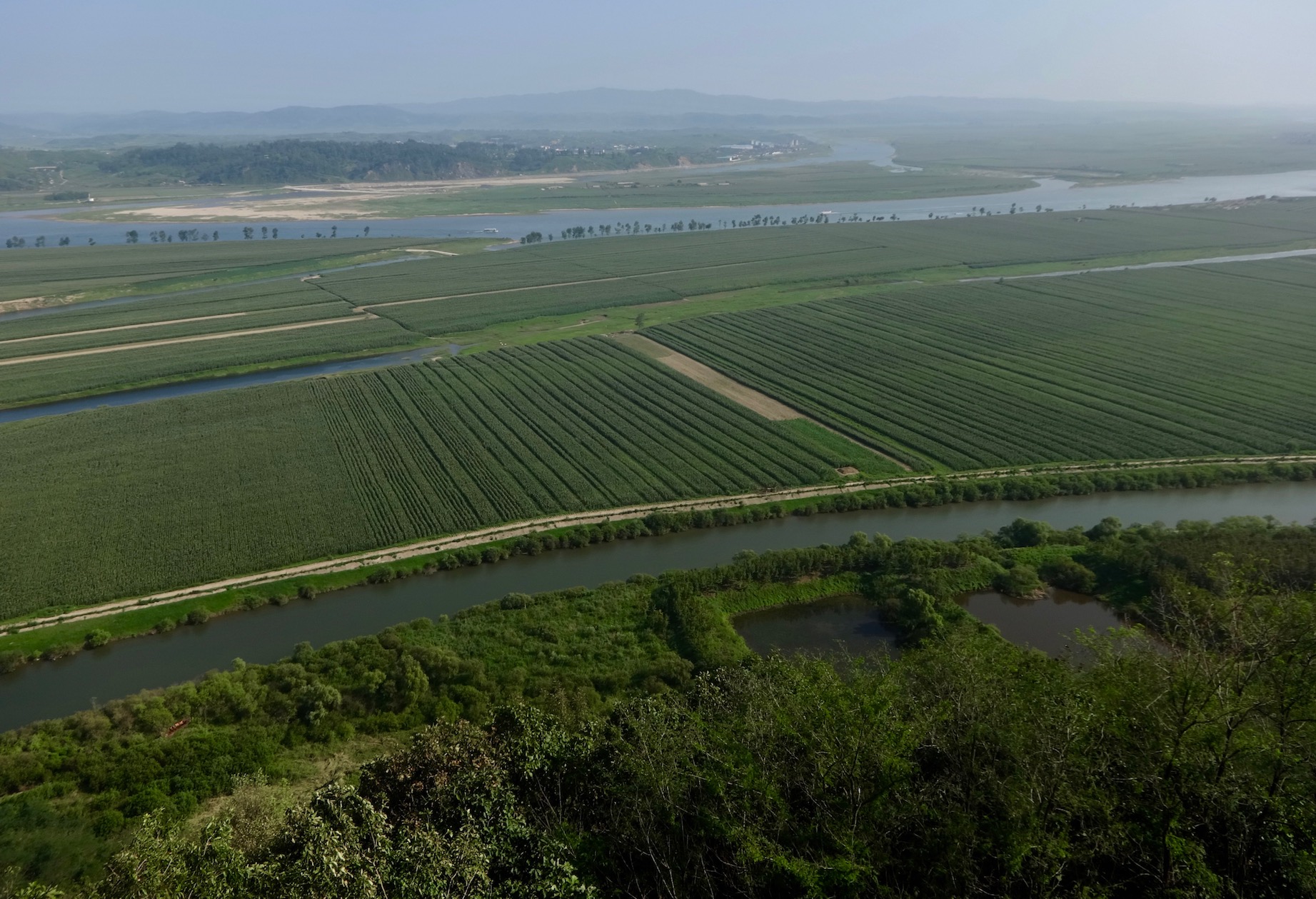 Suddenly the trail comes out into a large opening, where we finally got the views we’d been anticipating. Our very own private North Korean panoramic! The two countries separated only by a narrow section of river, which Chinese locals refer to as “one step beyond”. It was a surreal moment to be standing there on Chinese soil, gazing out over a North Korean landscape that was so close it felt like we could reach out and touch it. 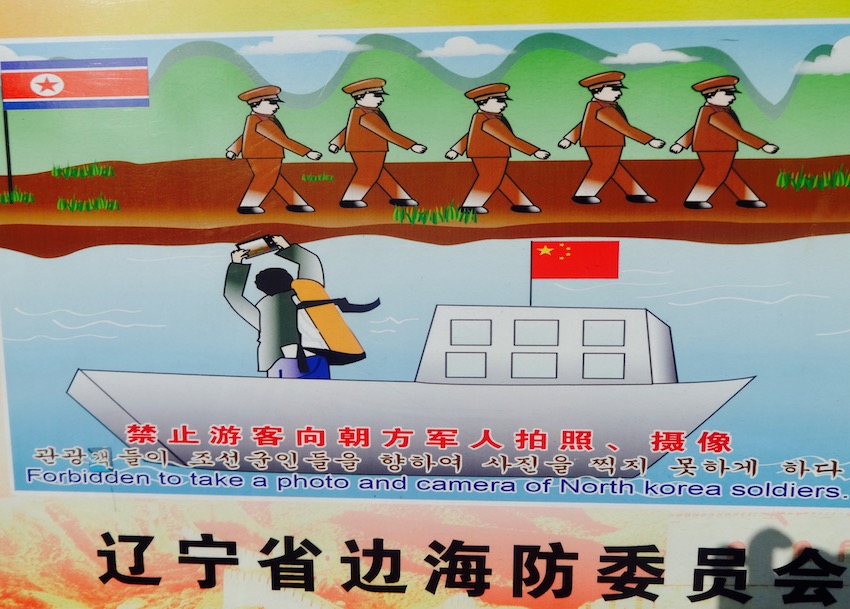 No photos of North Korea! 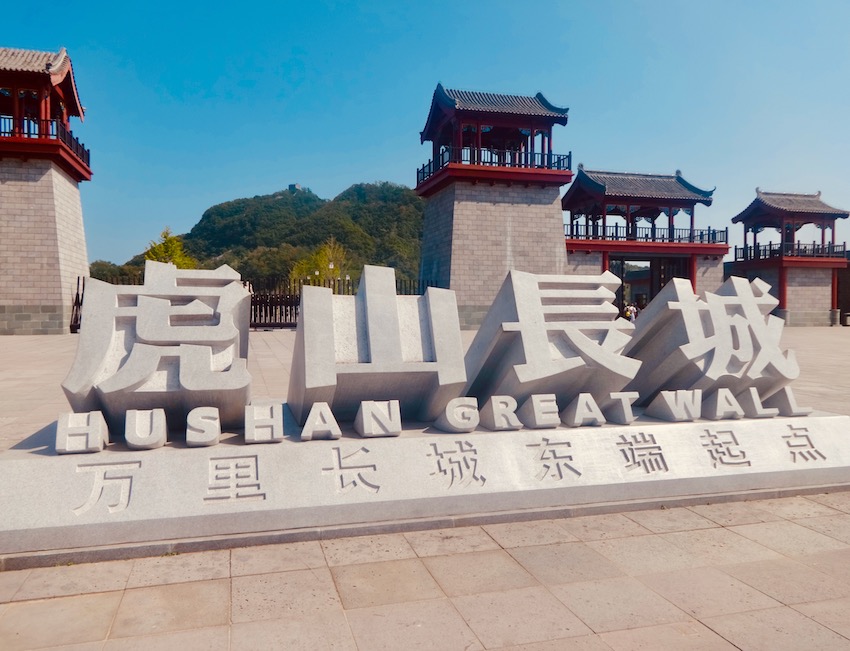 Entrance to The Great Wall at Hushan, Tiger Mountain.

Like this? Check out more reports from my adventures on The Great Wall.

For a more personalised slant of my experiences on The Great Wall, have a read of my short story Goodness Gracious Great Wall of China!

You can also check out my stacks of travel reports from all around China.

I’ve been living, working and traveling all over the world since 2001. So why not have a leaf through my huge library of travel reports from over 30 countries.