July 2009. How can I ever forget the modest city of Tianjin, the first stop of my great 2009 China road trip? It wasn’t the most exciting place I saw in China, but it did provide a gentle, hassle free start to an amazing four week adventure. Sadly, I nearly lost my Tianjin photos altogether when the hard drive I’d been storing them on got knocked off a table. Then our camera broke, which meant I had to scrape low resolution copies off of Facebook.

Nevertheless, I didn’t want to omit Tianjin from the Leighton Travels archive. At the end of the day, I’m still a hopeless completist. The above cover photo was from our first day, as S and I wandered aimlessly around the city’s sleepy port. In fact, I think this was the first time Chinese tourists asked if they could have a photo with me. Little did I know it then, but the novelty would rapidly wear off.

There were barely a handful of sights to check out in Tianjin back in those days. From the modest collection of sights on offer, Ancient Culture Street was the city’s biggest draw. Trust us to arrive on a Sunday when most of the shops were closed. Normally, the street was awash with open craft shops, sculpture stalls, restaurants and upmarket lantern boutiques.

I had my first “Whoa, I really am in China!” moment when I stumbled into this side street restaurant in search of lunch. I still recall clearly the sparse decor, a huge Chairman Mao painting and the three gnarled old men conversing in their thick farmer’s accents. There could be no doubt that I was a long way from home, Toto. 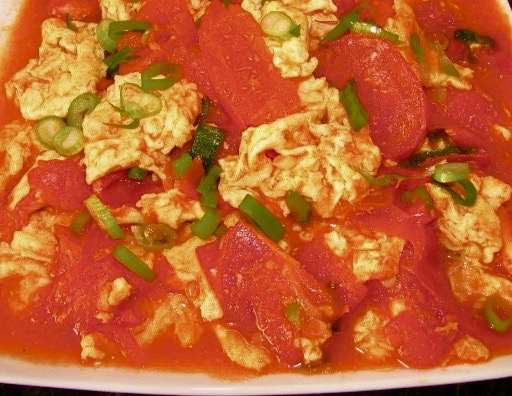 It was here that I ate my first fanqié chao dàn, a mouthwatering concoction of tomato, egg and rice drowned in a rich ginger soy sauce.

This is Porcelain House, a contemporary centre for pottery and antiques. Originally an old colonial building, the entire structure was remodelled using broken porcelain parts by the eccentric artist, Zhang Lianzhi.

Curious as to what’s inside? Visitors can wander through the Porcelain House for 60RMB.

Tianjin’s small but pretty Zhonxing Park was a good place for observing locals going about their daily lives. On the day of my visit there was a collection of old ladies performing elaborate stretching exercises to traditional dance music. Elsewhere, gossiping mothers kept half an eye on their children as they frolicked around a large fountain. 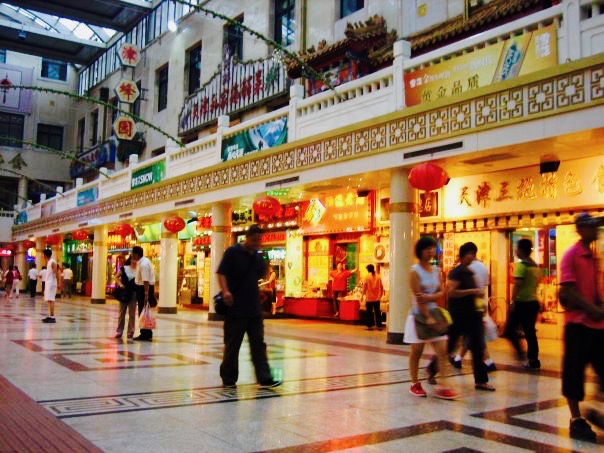 For dinner one evening, I remember going to the famous Nanshi Food Street, an indoor arcade where we ordered a spicy Kung Pao Chicken to share. Moreover, it was here that I first tried Mahua, a sweet, deep-fried dough twist that had an interesting taste to it, shall we say. 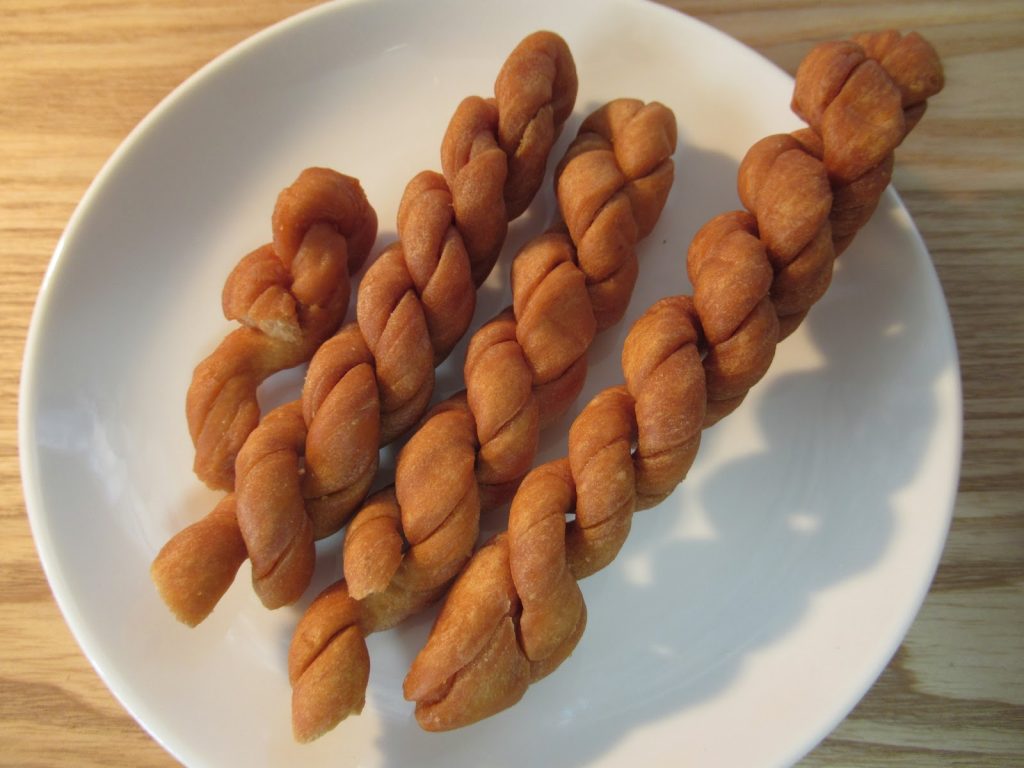 Above all, that evening was memorable due to the fact that our waitress was a bit of a maniac. For a more detailed account of my time in Tianjin, take a look at my short story Give Me Money!

The chapter comes from my short story collection, Challenged in China.

Like these? I’ve also written a zillion other travel reports from all across China.

Give Me Money!!! A short story from China.