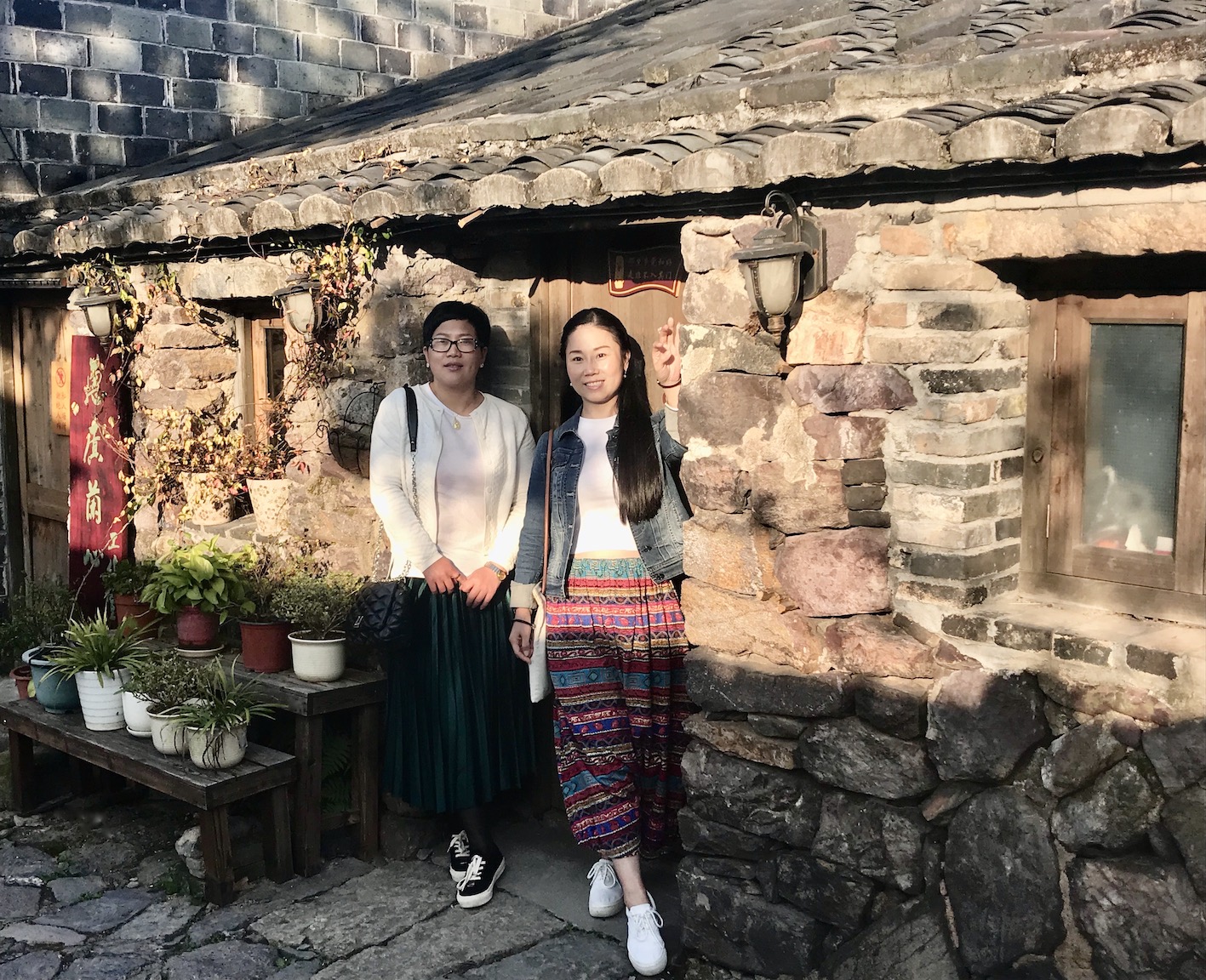 October 2018. There isn’t much info online about Cangnan County. Seemingly hidden away in the southernmost part of Zhejiang Province, this largely rural region is all rolling farmland and isolated villages. Virtually off the map for foreign travellers, I hadn’t given Cangan much thought at all. Despite the fact that its main train station was just a fifteen minute ride from the city of Ruian where I lived. But then I met a girl who was actually from Cangnan and keen to show me some of the county’s hidden gems. “Do you know about Fudewan Ancient Village?” she asked me one afternoon, over coffee. Needless to say I did not. 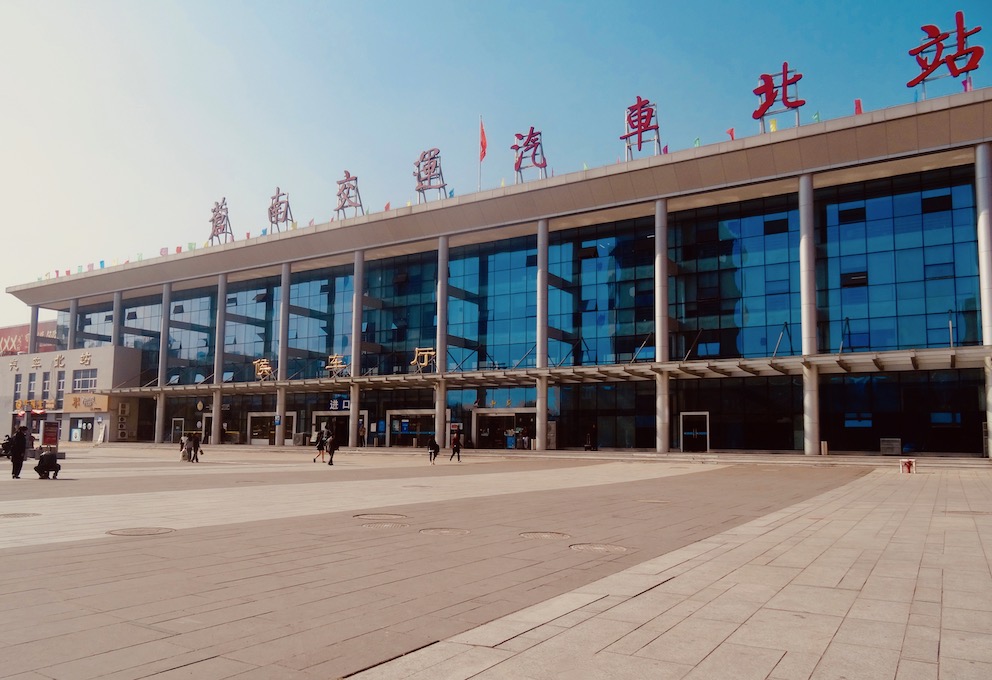 I met Jamie one chilly October afternoon at the train station. There were very few people around and, from the few glimpses I got from the car, Cangnan itself looked like a ghost town. “Is there anything worth seeing here?” I asked. “Nope” she laughed, and in just a few minutes we had left the high-rises behind and were cruising down a long, country road. 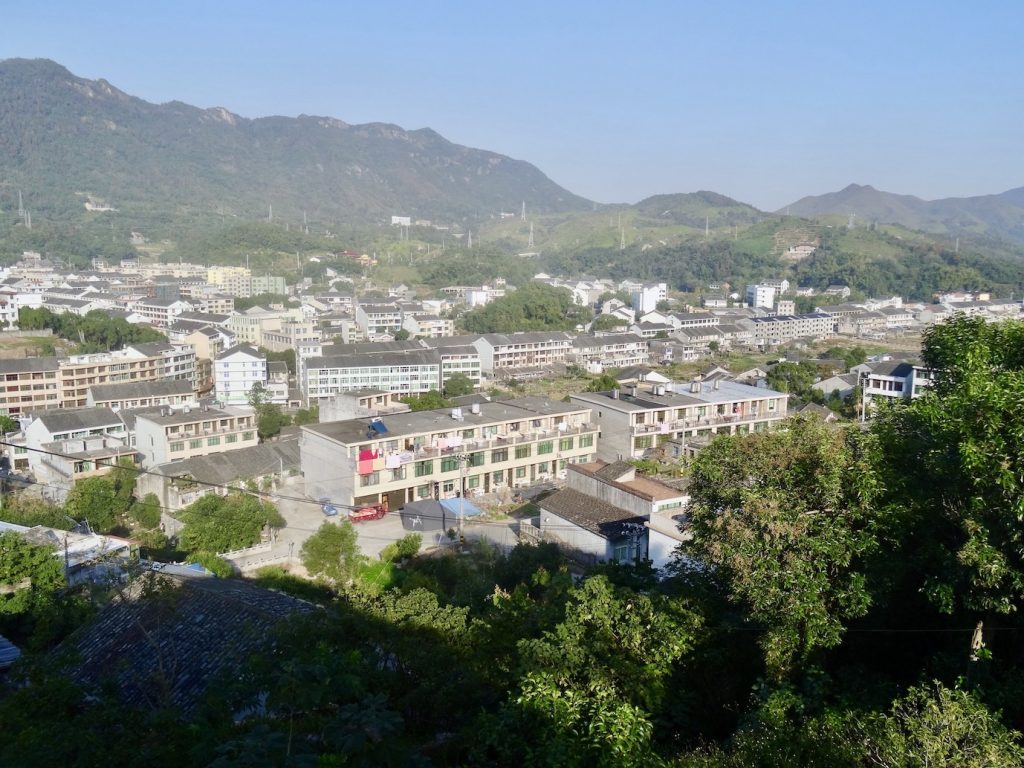 Climbing the mountain road to Fudewan.

We’d been driving for around an hour when she pulled up in another sad looking township. Happily, the grey, cookie cutter buildings and featureless roads were at least offset by plenty of greenery and undulating mountains. “This way!” she smiled, leading me up a steep gravel road. It was quite a climb, and one that rewarded our efforts with ever-improving views of the surrounding countryside. 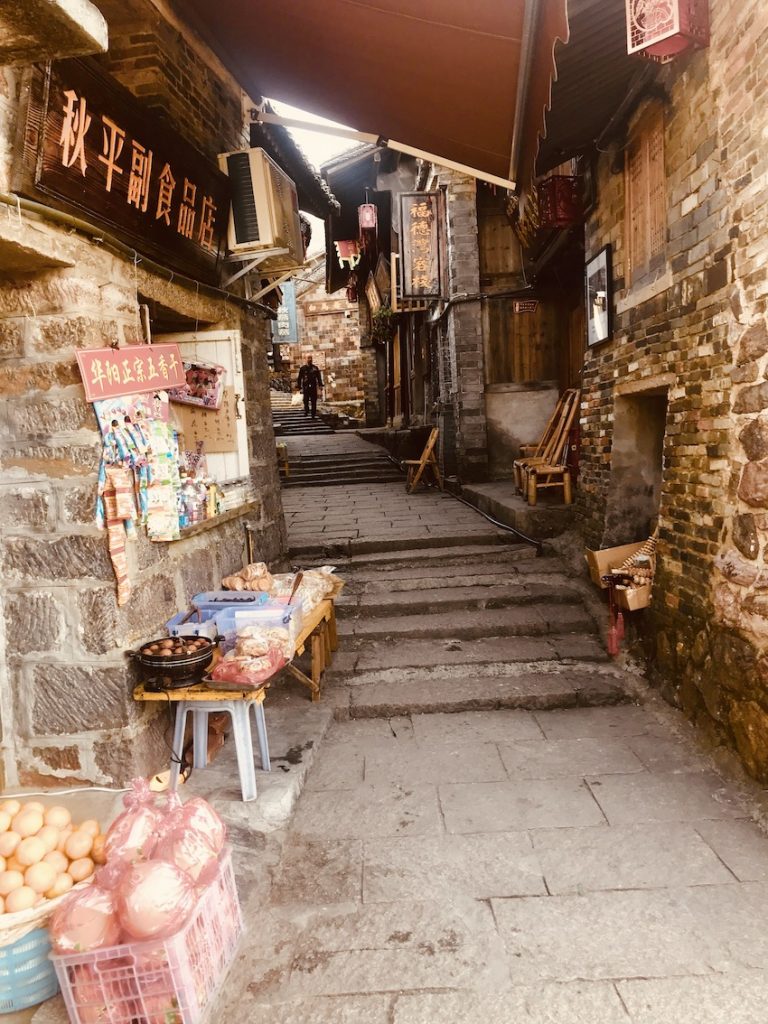 Eventually, a battered old sign in Chinese informed us that we had arrived at Fudewan Ancient Village. And damn if this wasn’t the sleepiest little place I had ever seen! In fact, in terms of pure podunk, I’d put it right up there with the wondrous village of Zhujiayu in Shandong Province. Made up of just half a dozen or so narrow, stone lanes, we soon found ourselves wandering down the so-called Main Street, home to a huddle of craft shops.

Lo and behold there was actually a small group of Chinese tourists at one of the stalls. They were deep in conversation with the vendor, who was desperately trying to sell them some of her home-made Mahua and boiled eggs soaked in vinegar. Elsewhere, a gaggle of masked girls skipped by looking like anime characters with their black and white outfits, pulled-up socks and frilly skirts. 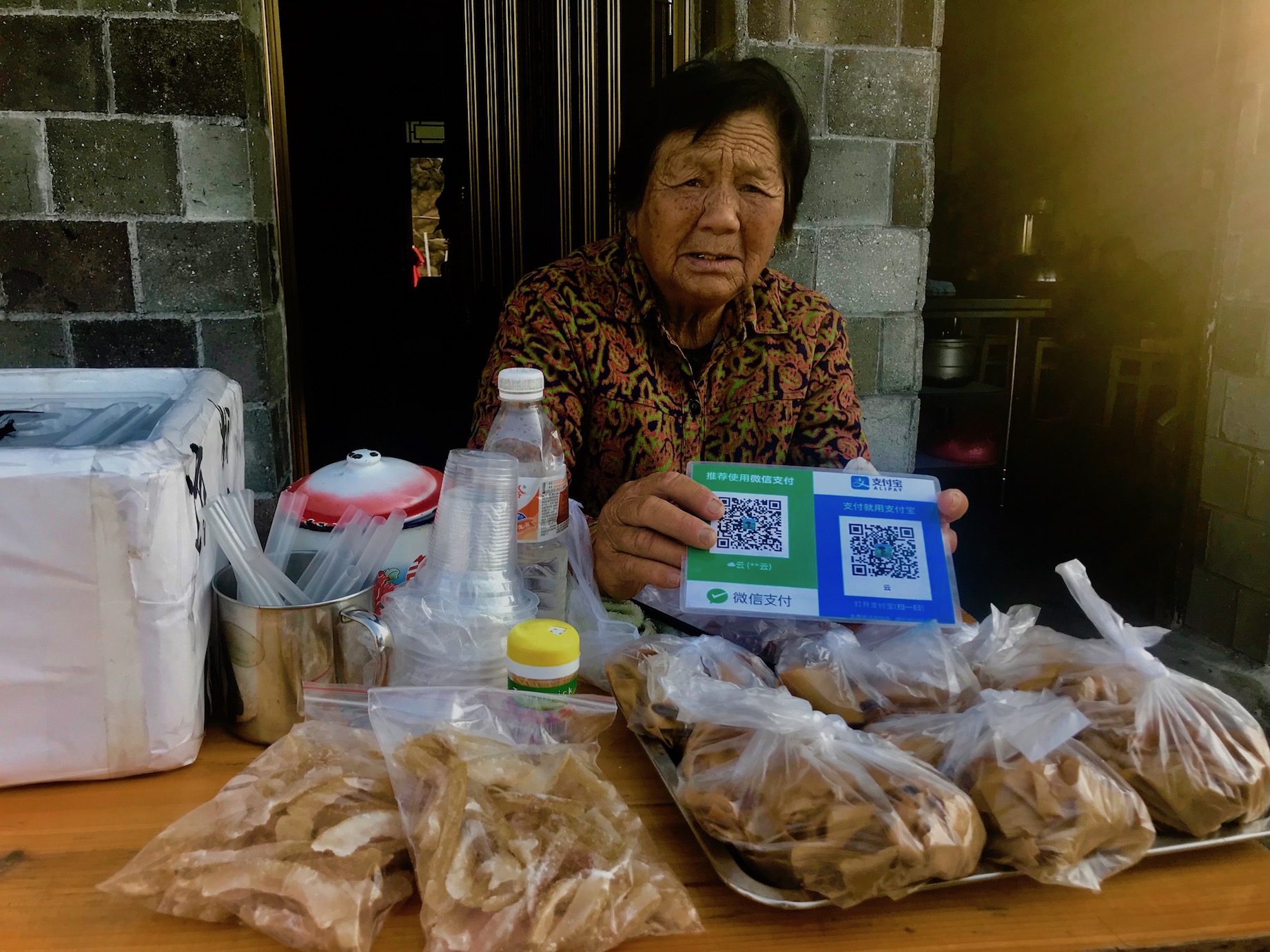 A Fudewan snack vendor giving me the hard sell.

I saw all kinds of bizarre snacks on offer in the village. At another stall, a grizzled old lady jumped up at the sight of me and began aggressively shaking her bags of stuff. And then she was eagerly producing her WeChat and Alipay QR codes.

According to Jamie, the Fudewan people speak a local dialect which is so hard to understand most Chinese tourists are unable to communicate with them. “What is she selling?” I asked Jamie. “Uh… this one is dried grapefruit peel and this is salty tofu. I think you will not like it”. She was almost certainly right. 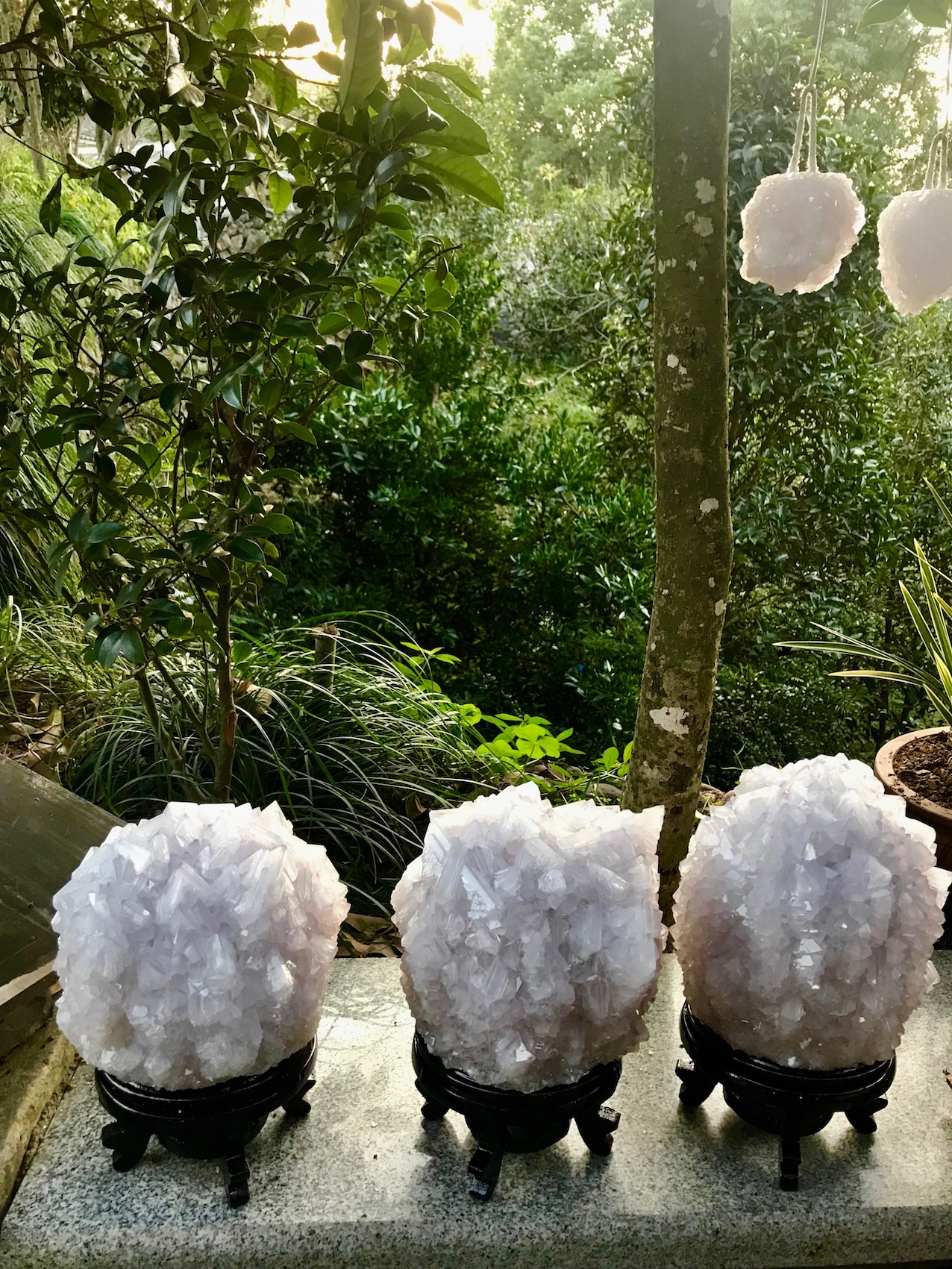 In another side street, there was a general store and a restaurant doing local dishes such as pork wonton, spiced goose and crispy sweet lotus root. Moreover, and most interesting of all, I discovered that Fudewan specialises in the production of alum, a colourless compound used in medicine, dyeing, tanning and filtering products. I’m quoting from Wikipedia here… I’m not well versed in this kind of stuff! 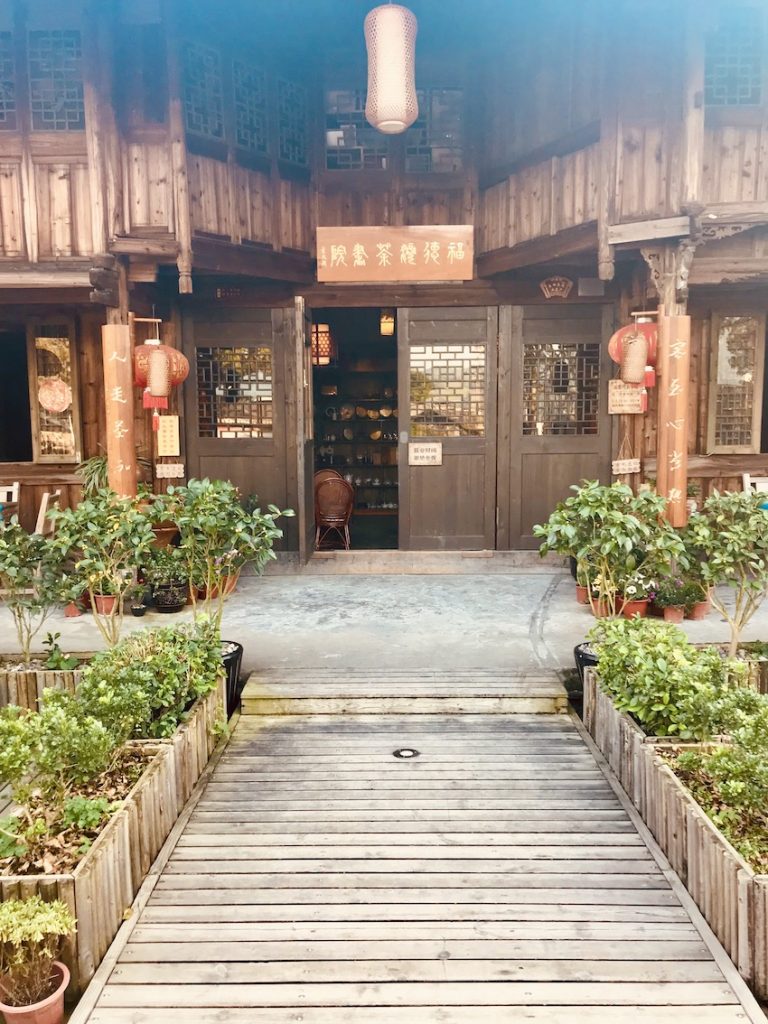 The village is also home to an age-old tea house that now serves as a prestigious Tea Academy. Apparently this place draws in tea enthusiasts from all over Zhejiang Province. Not that any of them were there on this particular afternoon.

Apparently, this is where it’s possible to take classes on the growing and brewing of local tea. Furthermore, there’s an exclusive store selling some crazy expensive blends. However, when I suggested to Jamie that we pop our heads inside and take a look, she was not keen at all. “They don’t speak English and if you don’t buy some tea, they won’t like it!” 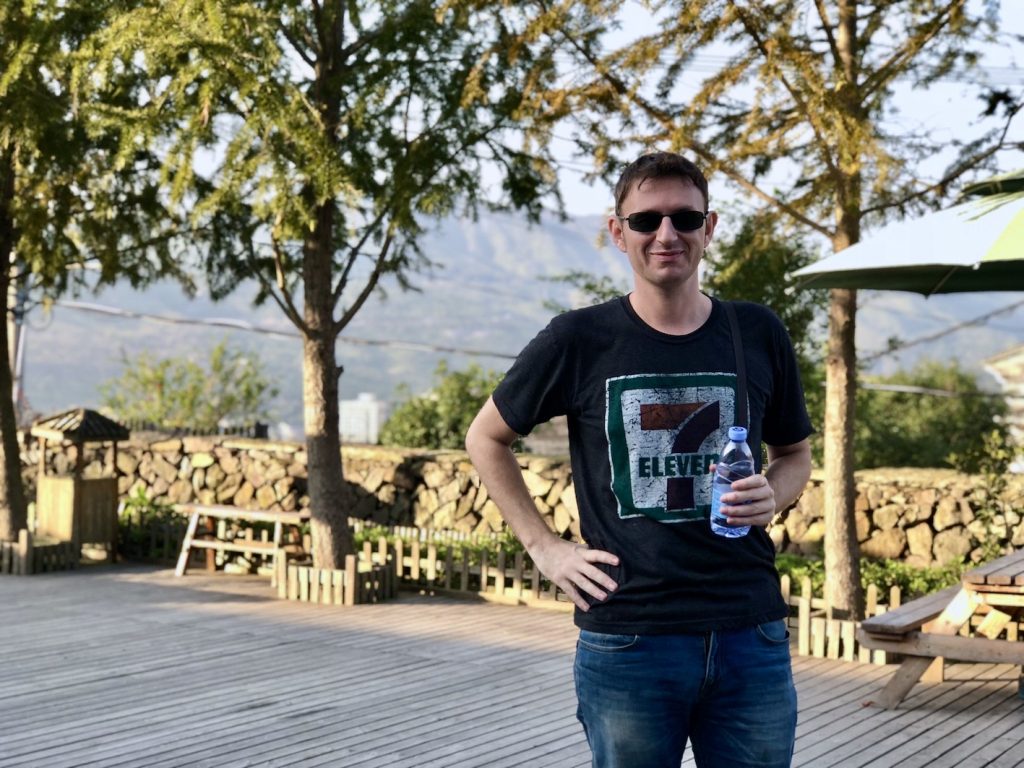 At some point the old wooden buildings petered out altogether and there was nothing left save for a winding stone path that led ever upwards into the mountainside. “Shall we?” I asked, as a large, squawking bird of some manner flapped by overhead. “Sure” she said, thus we continued our gentle ascent of Fudewan Ancient Village.

For more on my afternoon at this wonderfully secret corner of China, take a look at my article:

Want to discover more of this fascinating region of China? Check out my many travel reports from across Zhejiang Province.

Interested in searching further afield? No problem, I’ve penned stacks of travel reports from all over China!