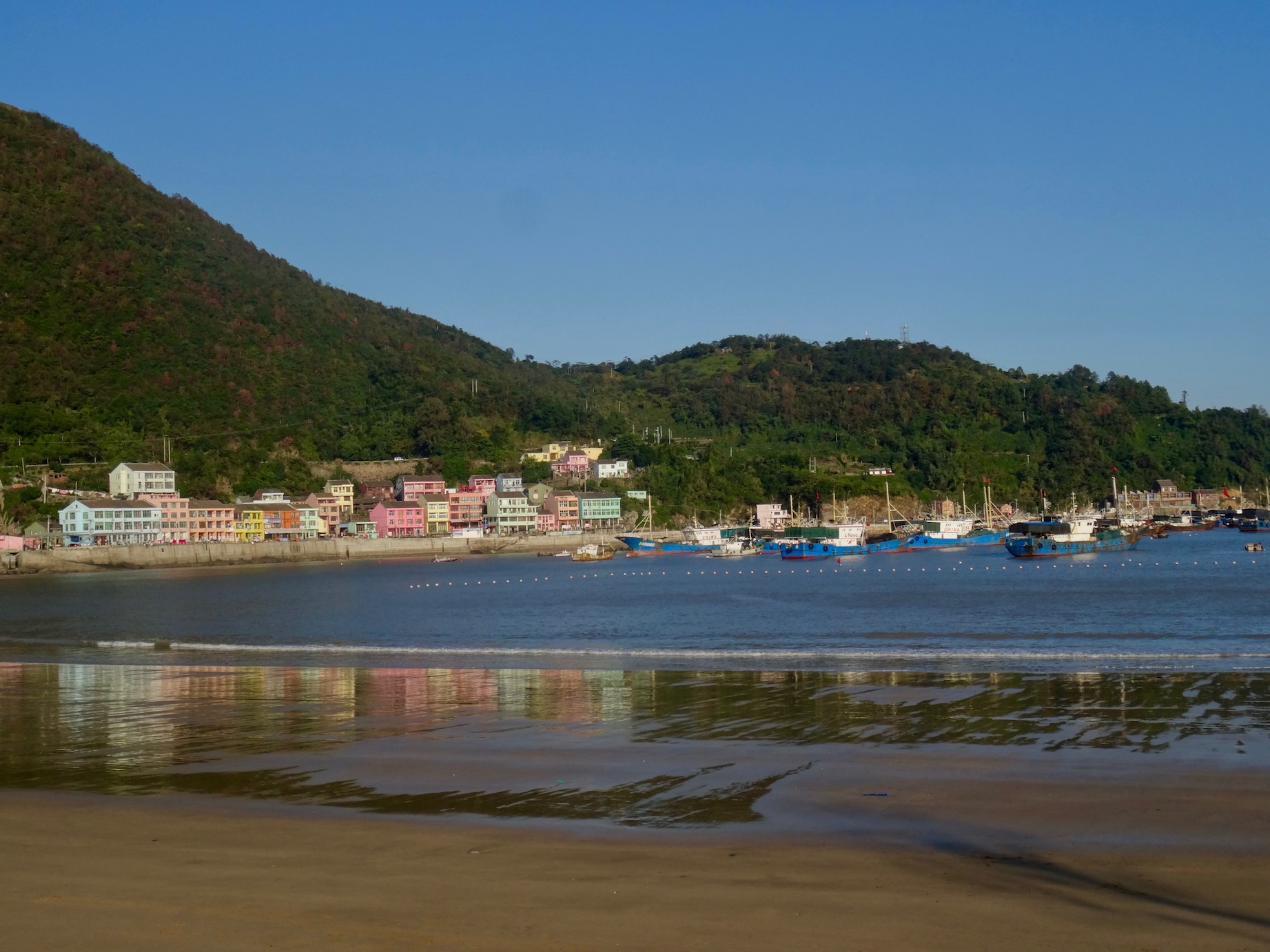 November 2018. After the success of my day trip to Fudewan Ancient Village, it was just under a month later that I headed back to Cangnan County for another of South East China’s hidden gems. Picking me up from Cangnan’s train station, just as she had the first time, Jamie drove us to a gorgeous coastal spot called Half Moon Bay. Deep in the heart of nowheresville, this incredibly picturesque bay is home to the tiny Wucheng Village, a small beach and a short nature trail winding its way around the cliffs. 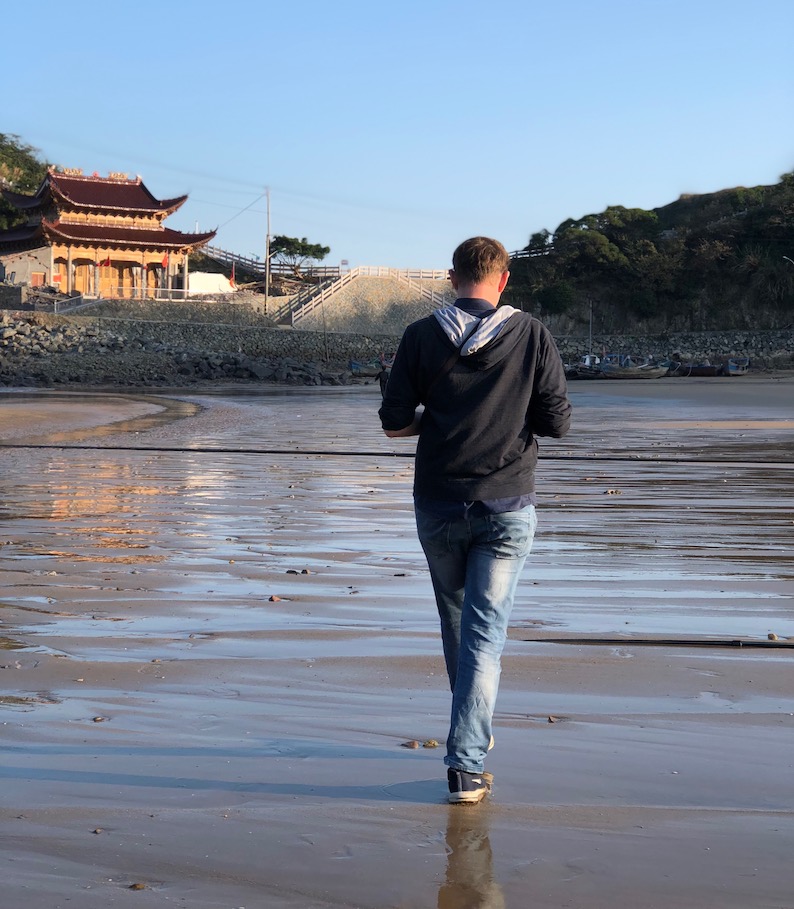 I felt almost overwhelmed by how pretty the place was. After all, China is hardly famed for its lovely beaches and I certainly hadn’t imagined anything like this in Zhejiang Province. 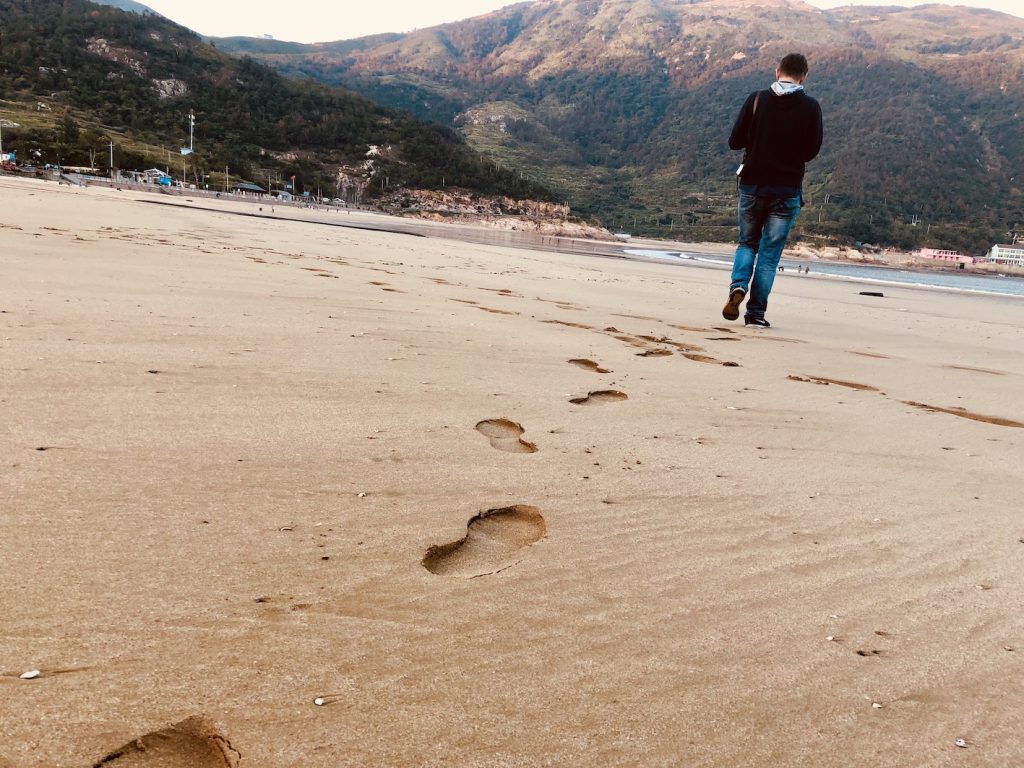 The pretty beach at Half Moon Bay.

We began our explorations with a stroll down the short beach. It was a crisp November afternoon, with just us, a seemingly stray dog and a group of three doing a wedding shoot. I was also amazed at how clean the sand was, again in stark contrast to the beaches I’d seen throughout my travels in China. 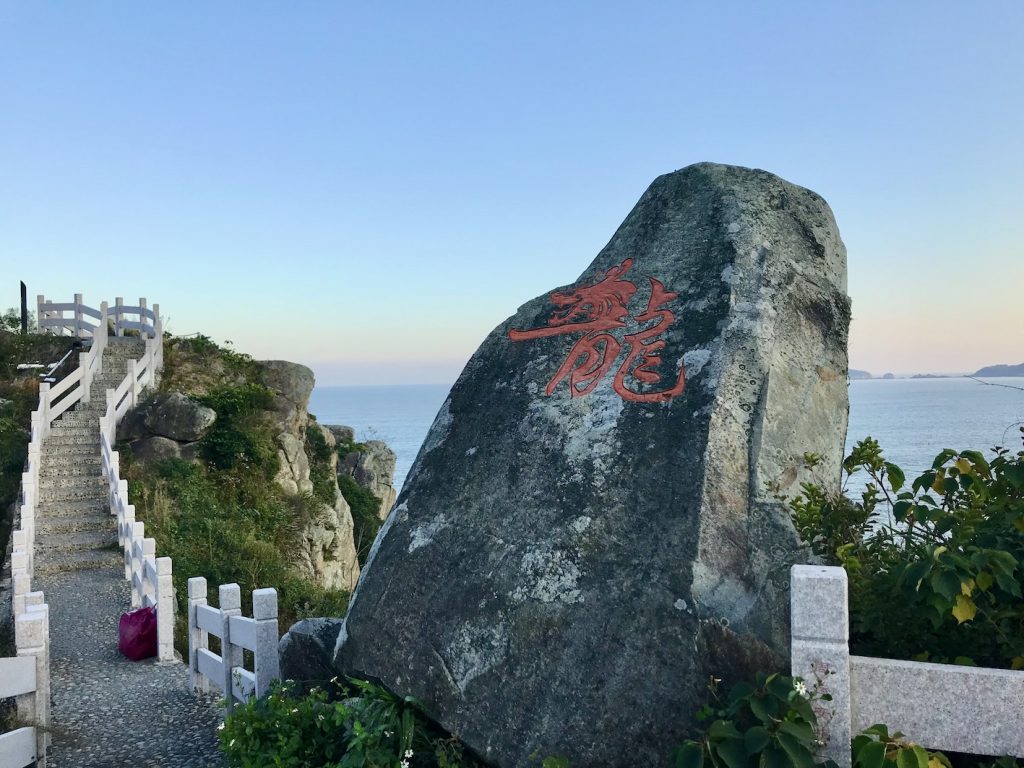 It takes barely ten minutes to scale the beach. At the far end, directly across the water from Wucheng Village, we set off on a stunning stone path that winds its way in and around the cliffs. 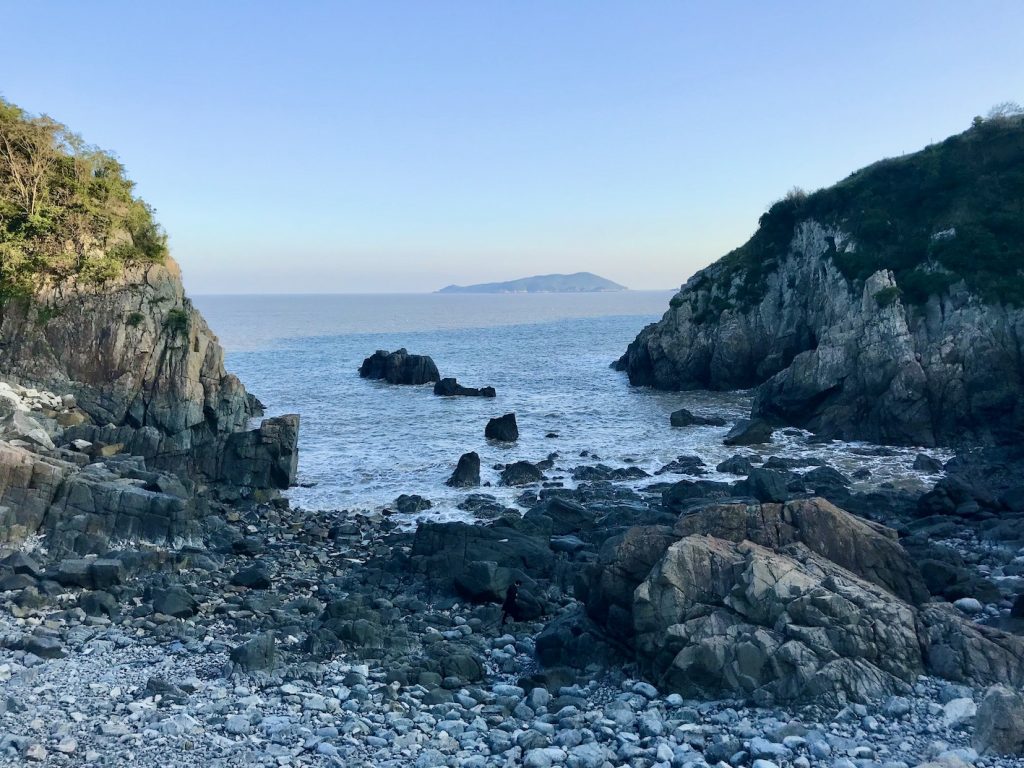 The cliff trail is known locally as Dragon Head Hill. It was particularly lovely that afternoon, with some pleasingly out-of-character weather. In fact, as the afternoon light began to creep towards dusk, it felt as if all those grey, drizzly weeks I’d spent in Ruian had been just a dream. It hadn’t been a dream of course, as I was about to discover when I returned to “Grey-an” the next day. 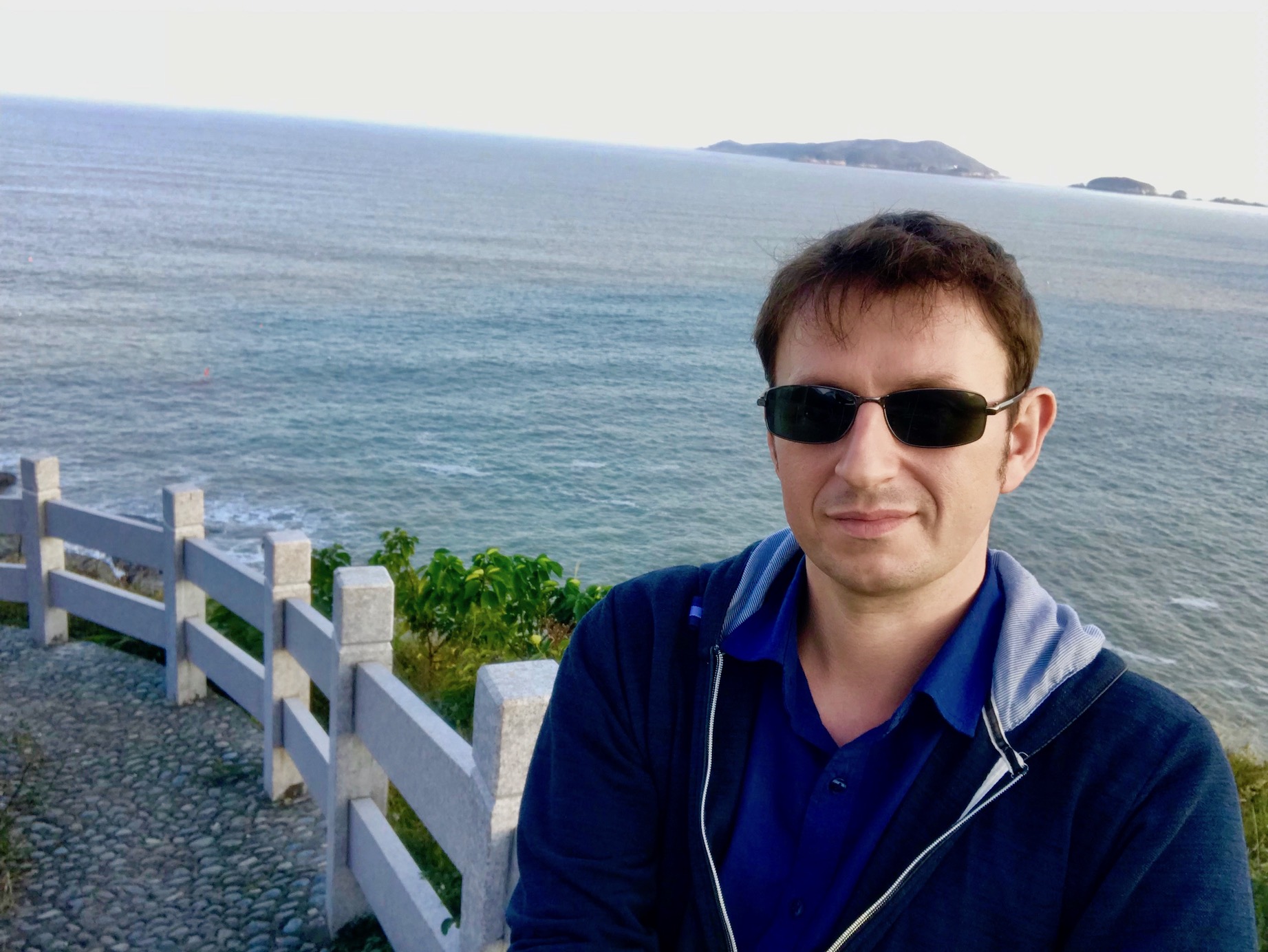 Views over Half Moon Bay from Dragon Head Hill.

As lovely as the trail is, I found it all too brief. After a ten minute walk the stone path comes to an end with an impassable white, stone fence. Nothing but a sharp drop into the water beyond. 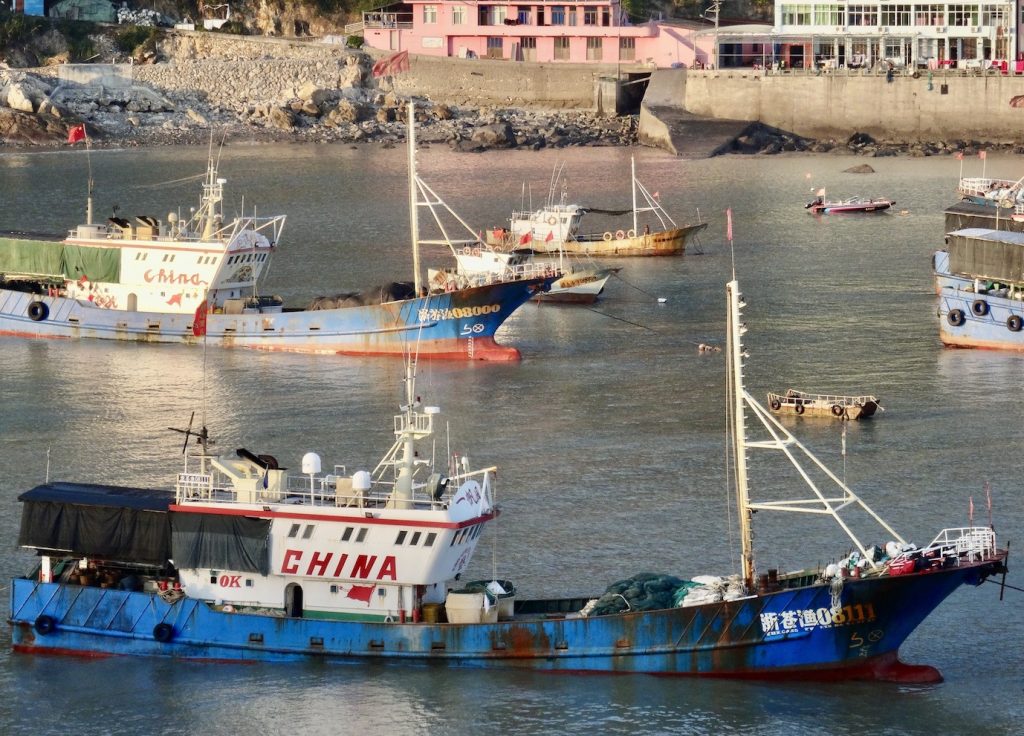 The harbour at Half Moon Bay.

Nevertheless, the views are lovely in all directions and there’s a cosy gazebo from which to sit and take everything in. On one side, you’ve got the harbour, the village and the beach. 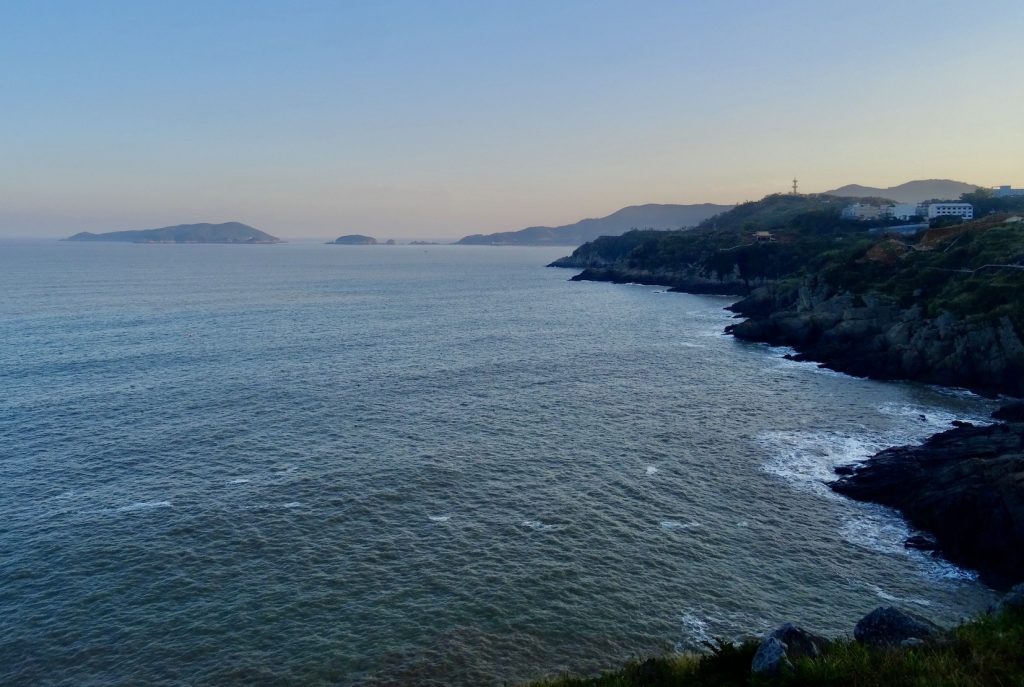 In the other direction, the expanse of the bay leading out to The East China Sea as the sun began its slow descent. According to Jamie, there are a number of islands dotted around here, although people require a government invitation to visit! 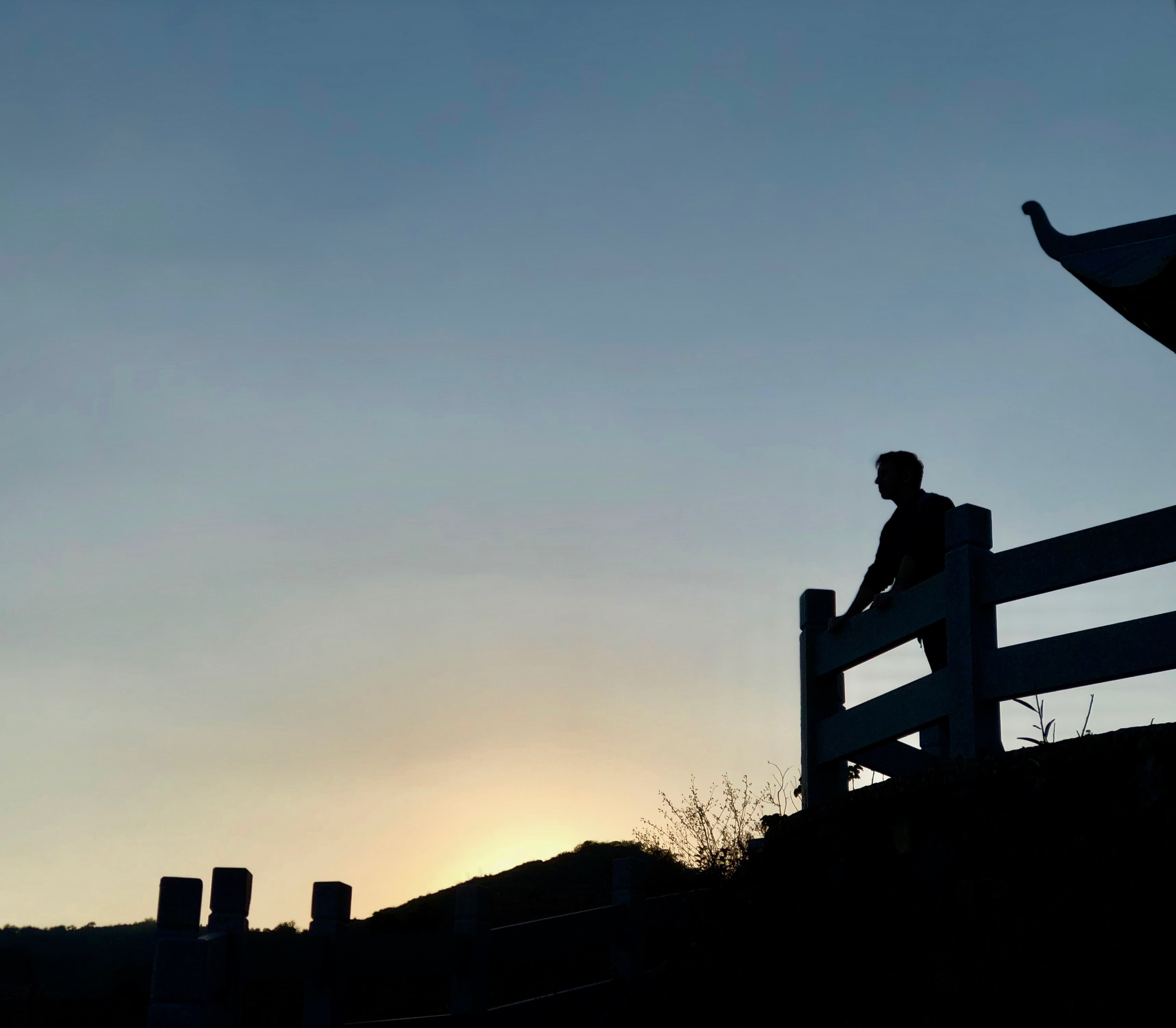 This travel report is dedicated to Jamie, without whom I wouldn’t even have known about this place. Thanks for showing me around! 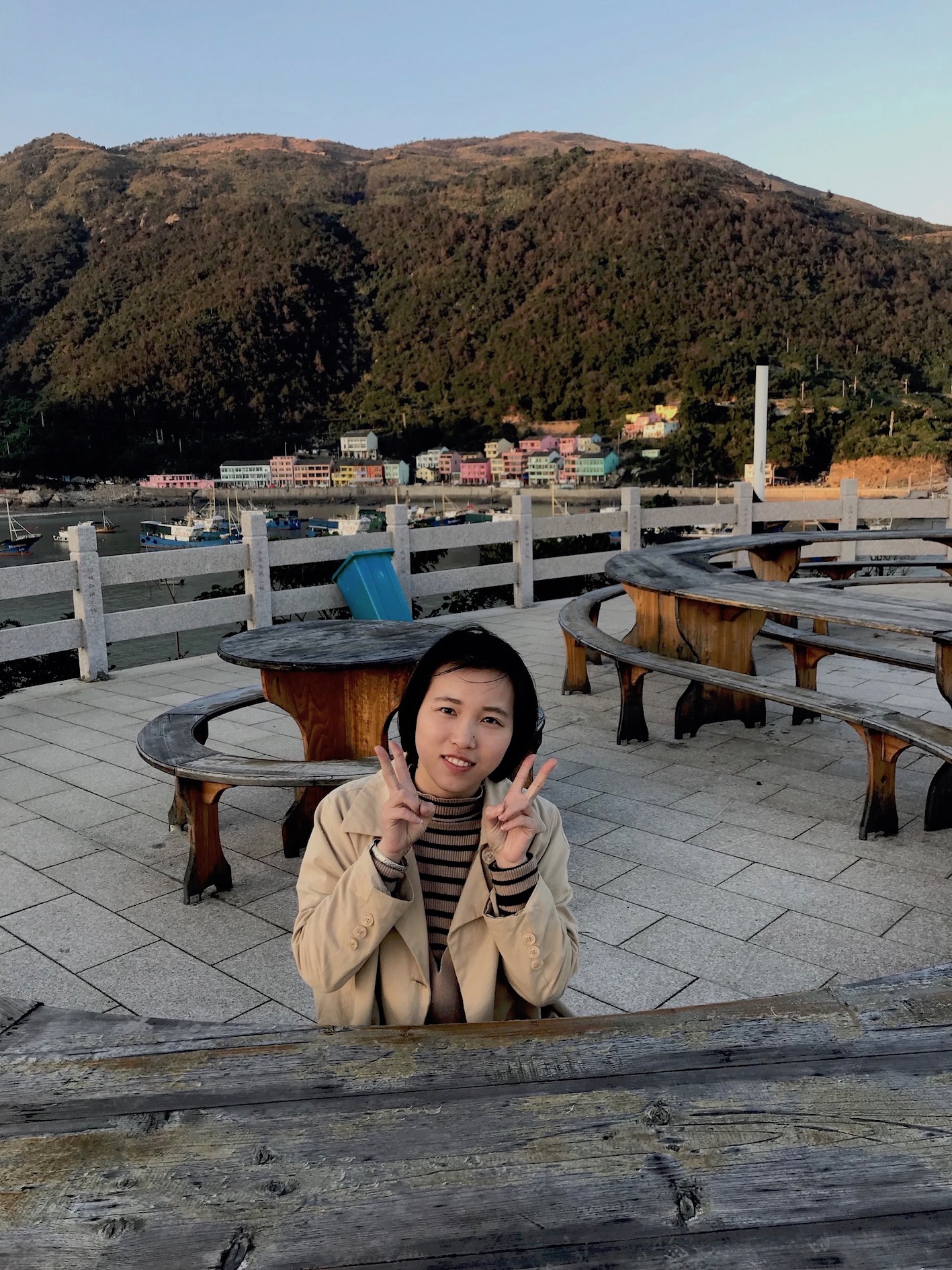 For more on Half Moon Bay, have a read of my report from Wucheng Village.

And there are more of my travel articles from around Cangnan County and the sights of Zhejiang Province beyond.

Like these? I’ve written stacks of articles from all over China.