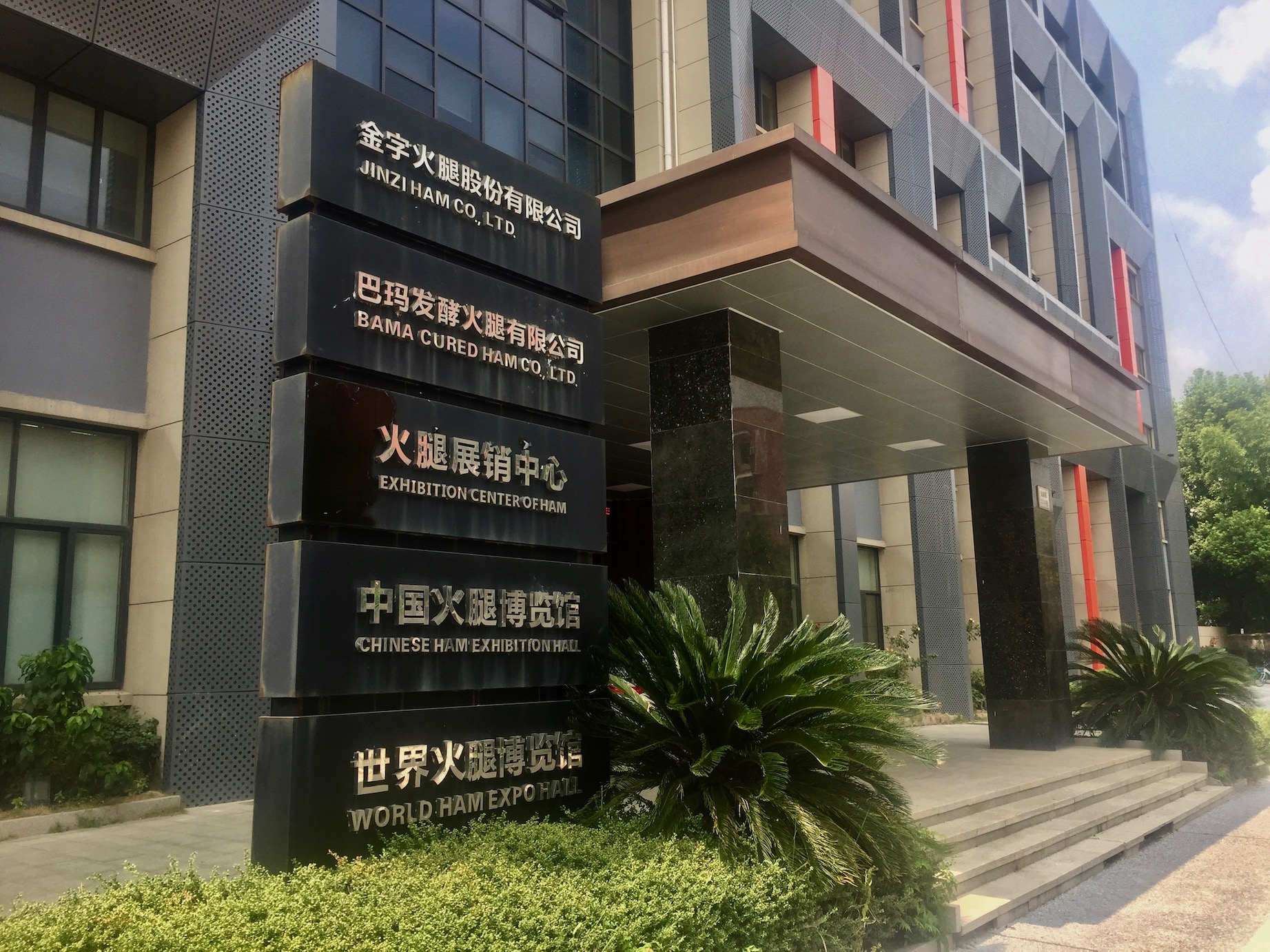 August 2018. Ok kids, it’s quiz time! And in the interests of cutting straight to the chase, I’ll hit you with this article’s all-important question.

From where did dry-cured ham originate?

It’s Spain right? Everyone knows about Spanish jamón. Not least myself, as I was lucky enough to live in the Spanish city of Malaga for a year. But if you think dry-cured ham is a Spanish invention, you’d be way off the mark. It actually began in the Chinese city of Jinhua as far back as the Tang Dynasty (618-907AD). Keen to find out more, I headed off to Jinhua’s quirky Ham Museum. 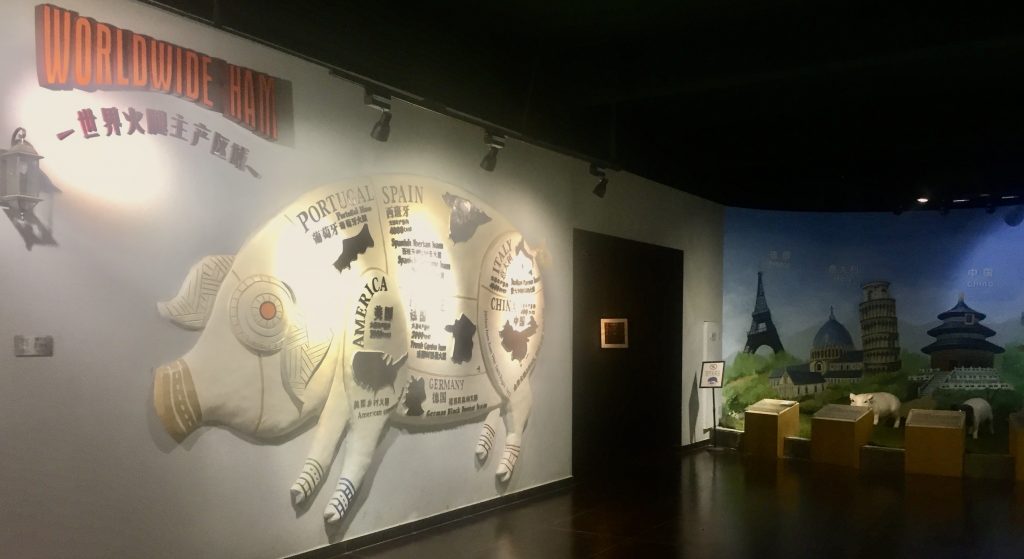 Jinhua Ham Museum sits on the ground floor of Jinzi Ham Company headquarters. There are guided tours available but only in Chinese. In fact, as soon as I entered the place there was an audible “oooh” from the girl behind reception. From there, she happily waved me towards the exhibition. You’re on your own, buddy. 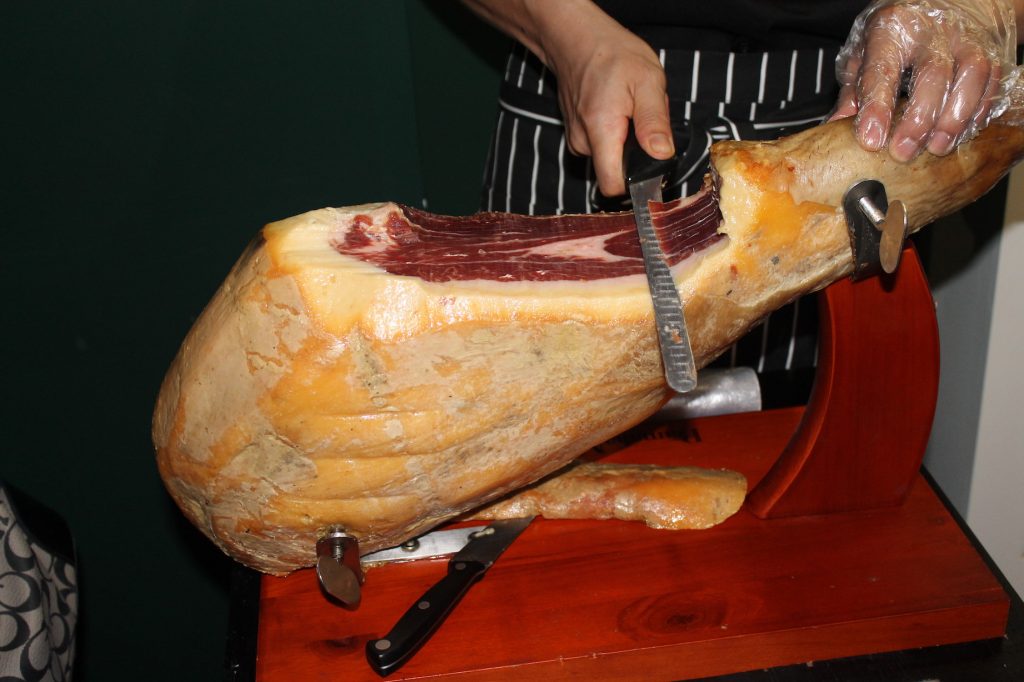 The exhibition here gives a brief history of dry cured ham around the world before swiftly getting down to the business of Jinhua ham. The first thing I learned is that it’s a bit of a nightmare to make! There are over 30 careful procedures including salting, washing, drying and fermenting.

My favourite though has to be the “expert smelling”. Apparently, the worker in question inserts a bamboo stick into the meat before taking an all-important sniff. It takes anywhere between 6-8 months to produce a distinct, aromatic slab of Jinhua ham. Hardcore. 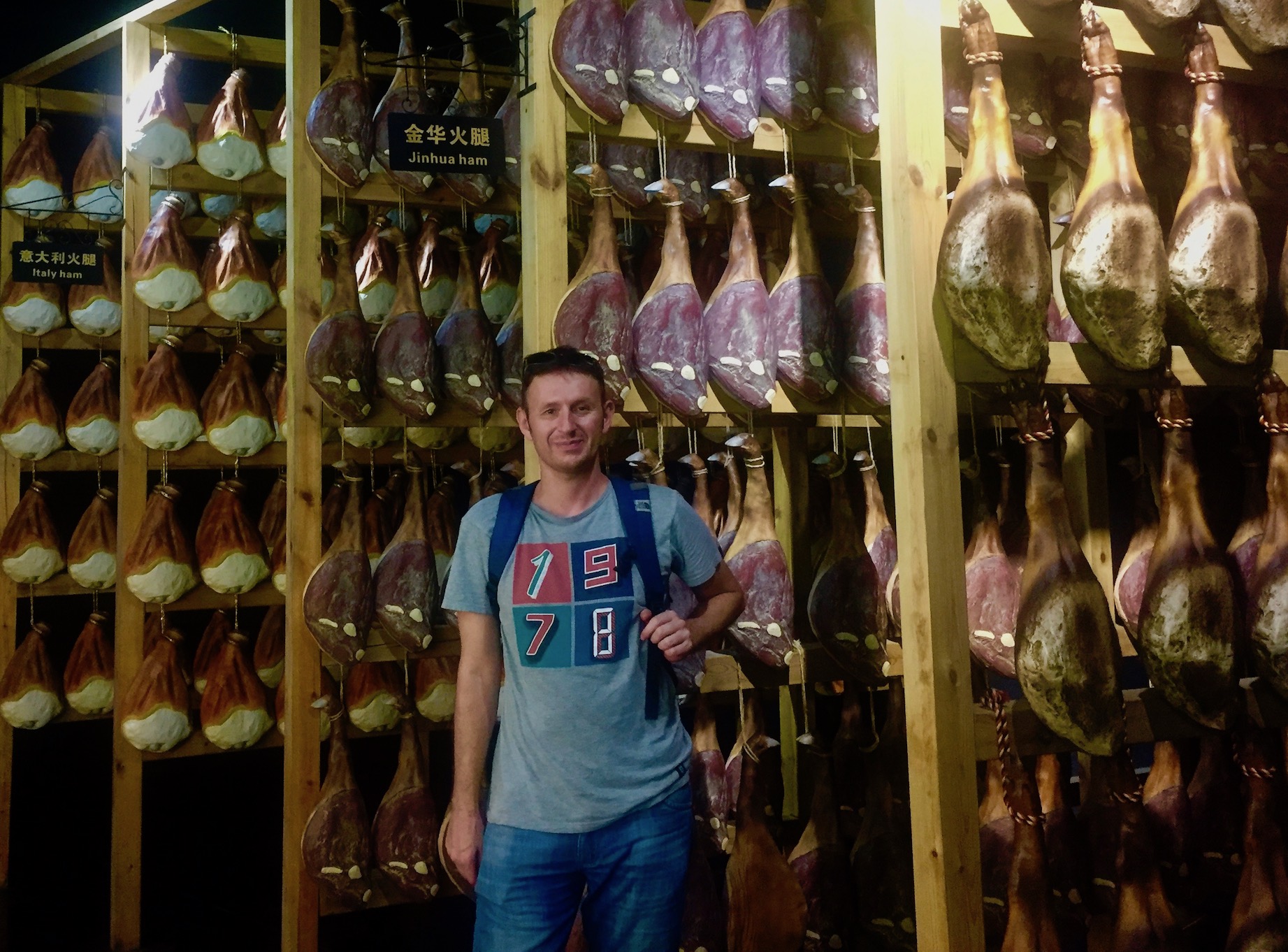 Jinhua ham is much saltier and smokier than Spanish ham. Curiously, the Chinese rarely eat the ham itself. Rather, they use it chiefly as a flavouring for stewed and braised dishes. Moreover, you can find it in the stocks and broths of many Chinese soups. 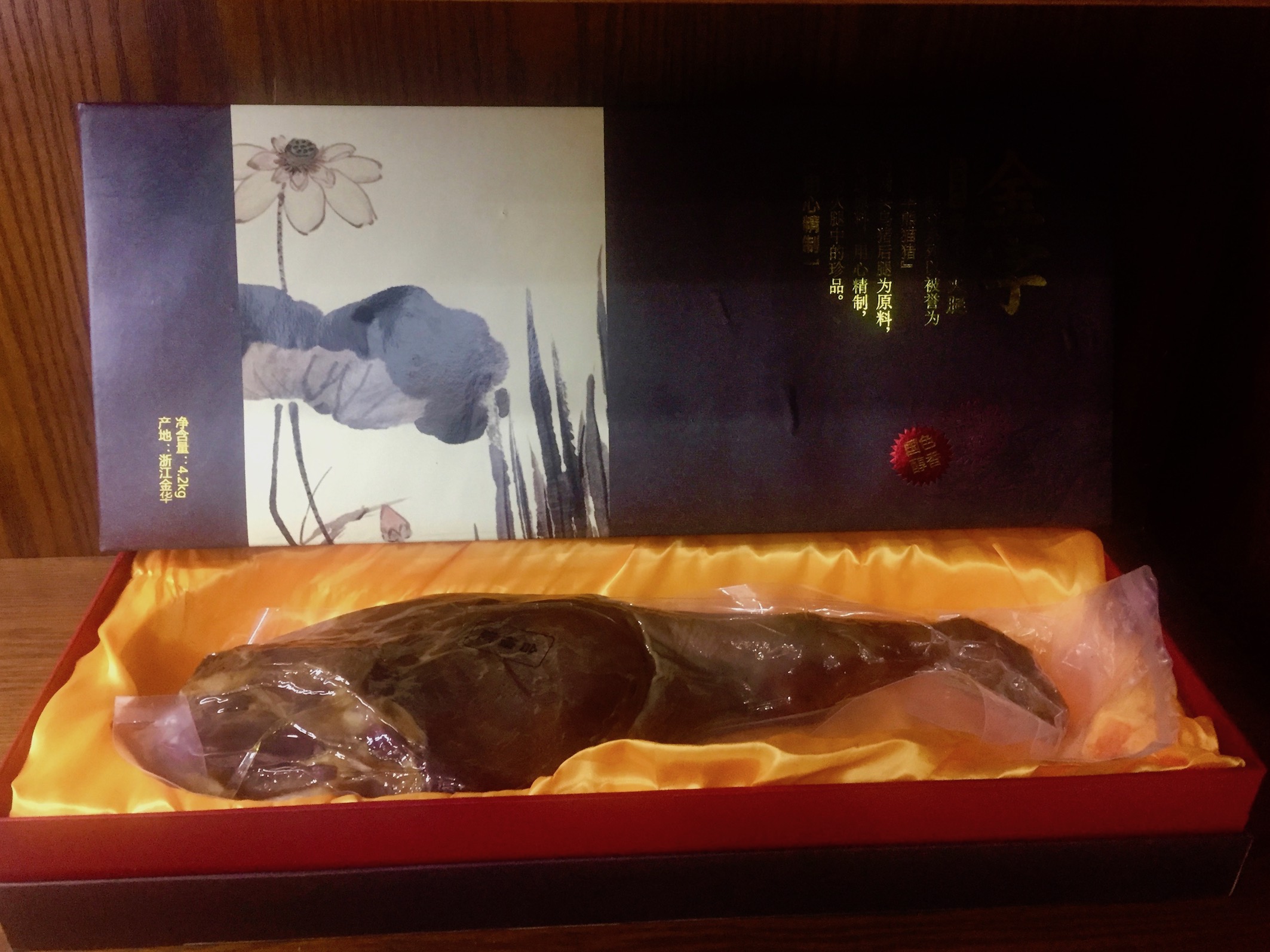 The museum has a large gift store with a wide array of ham-based products. Expect to pay a pretty penny for a leg of Jinhua cured ham. Chinese businessmen keen to impress foreign visitors or important clients might offer a leg of Jinhua Ham as a gift. 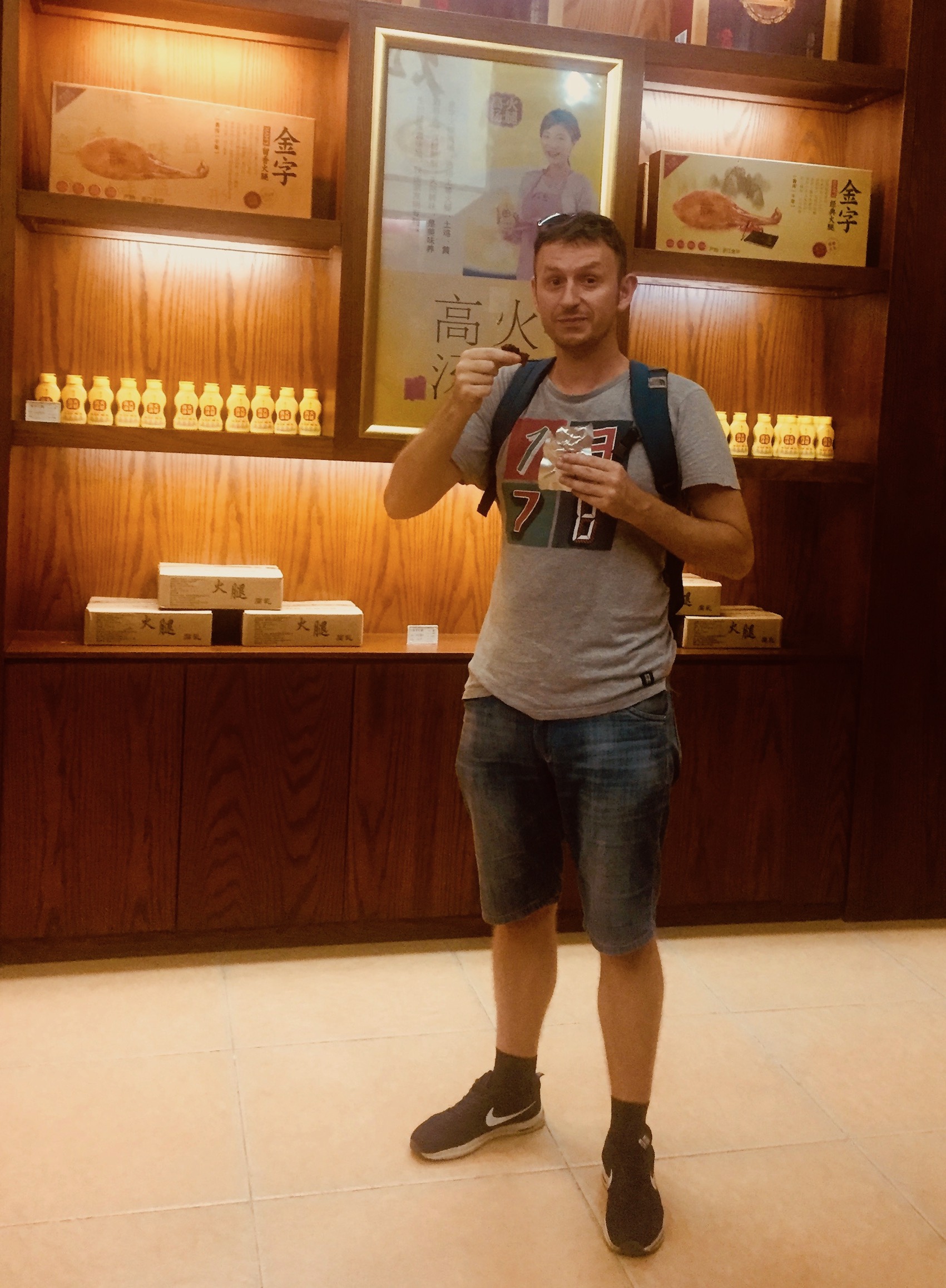 Happily, there was a cheap and cheerful option in the form of… Jinhua Ham Jerky! These bite-sized packs are great for getting a little taste and come in a variety of flavours. There are also beef alternatives. I thought the Jinhua Jerky was really tasty, hence I grabbed a couple of packs for the road. 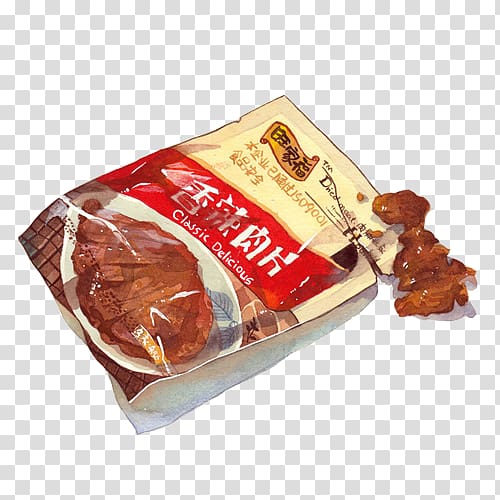 Jinhua Ham Museum is an understated attraction and it won’t take you more than twenty minutes to work your way through the exhibits. I read that the factory floors are now sadly closed to the public. That would certainly have added something to the experience. For those with just a casual interest in dry cured ham, the museum might be a disappointment. Especially as its a bit out of the way from the city centre.

That said, I thought it was a cool, unique sight and a refreshing change from the usual attractions of a third tier Chinese city. Furthermore, entrance is free and it’s open daily from 10:00-18:00. Thus all you have to do is jump in a taxi from the centre, it’ll take about twenty minutes. 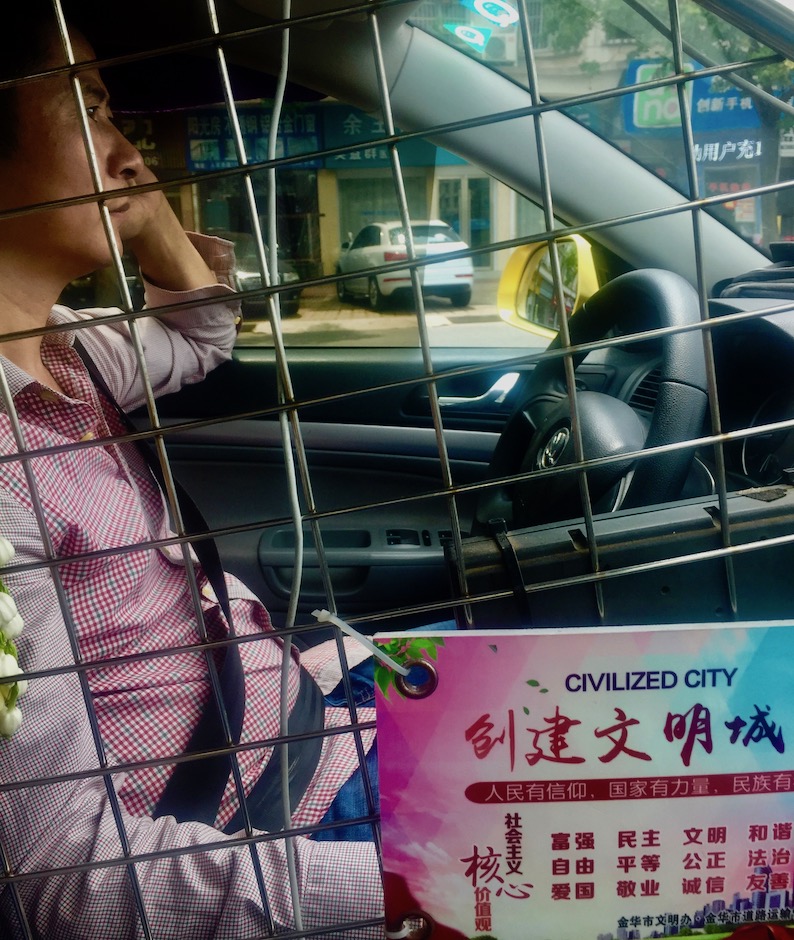 For a deeper look into Jinhua’s ham production, have a read of this interesting article from Vice.

For more on my adventures in this largely unknown city, check out more reports from Jinhua.

To explore the region, here are my travel reports from across Zhejiang Province.

Interested in reading more about China? Why not click through my stacks of articles from all around the country.