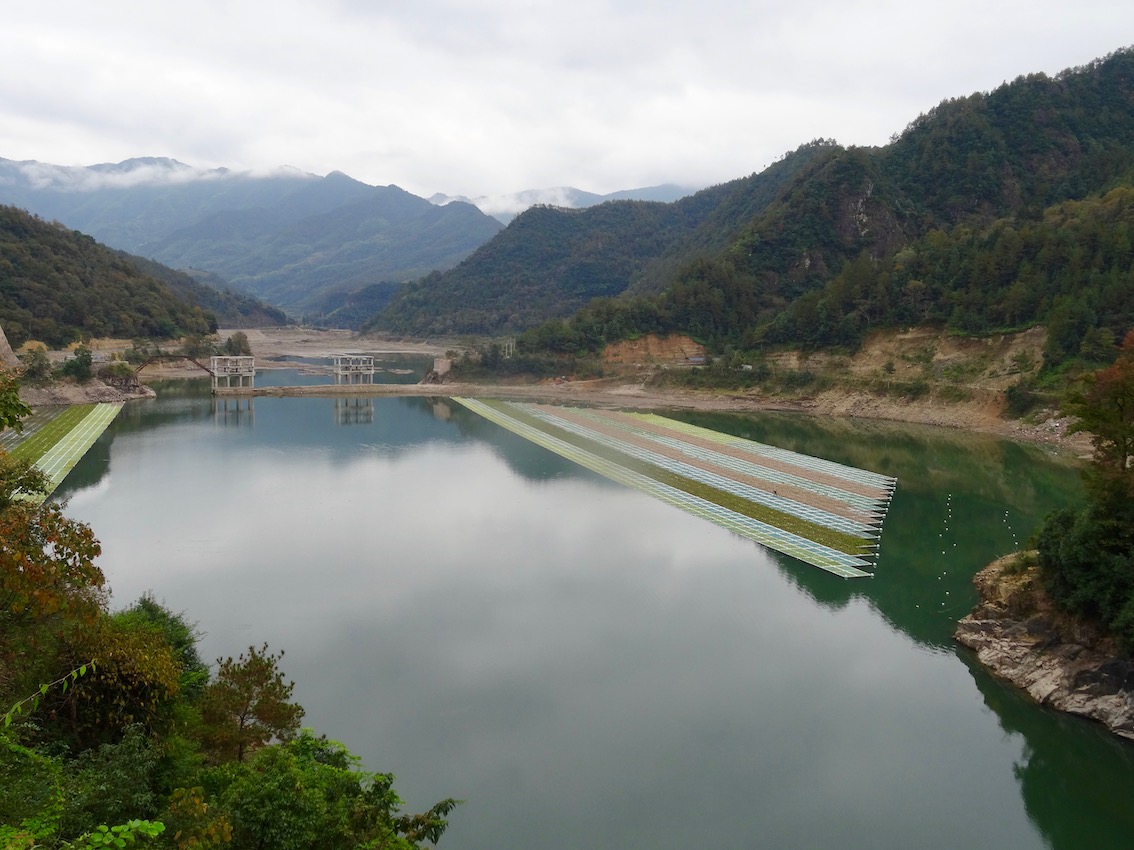 November 2017. “Whoa!” I exclaimed suddenly, as our little smart car turned a corner onto a narrow stone bridge. We’d been driving through the heart of Taishun County on the way to Nanpuxi Scenic Park when this majestic reservoir came into view.

I was so wowed by the glassy water and its multicoloured strips, I insisted Amy pull up by the side of the bridge. Consulting her map, she hmmd and mmmd for a while before announcing that we had arrived at Nanpuxi Reservoir. Can you spot the plant farmer? 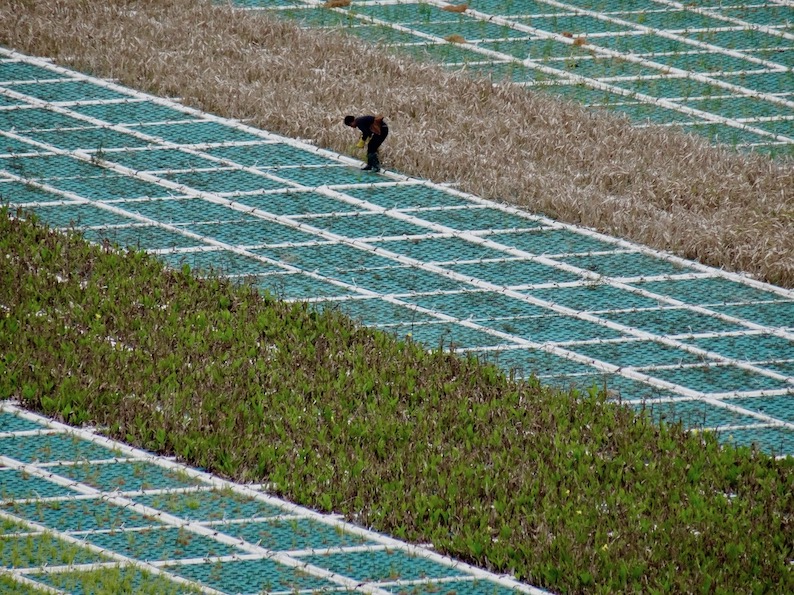 The multicoloured strips in Nanpuxi Reservoir were in fact a plant and flower farm presided over by a single worker that day. Not bad at all as far as workplaces go! 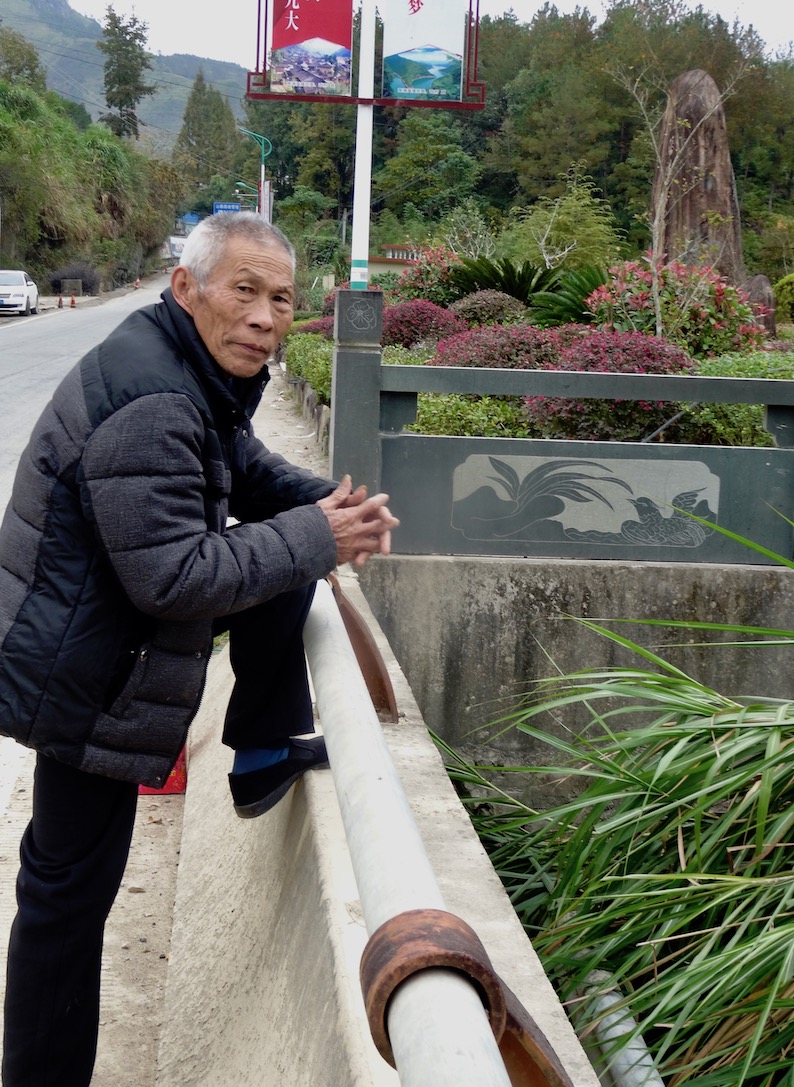 We weren’t alone in admiring Nanpuxi Reservoir that day. A little further down the bridge there was a local man standin’ doin’ nothin’. This proved an interesting alternative to my usual sittin’ doin’ nothin’ files. The old man chatted with Amy for a bit before asking her where I was from. When she told him, he stared at me for a few seconds and then grimaced. 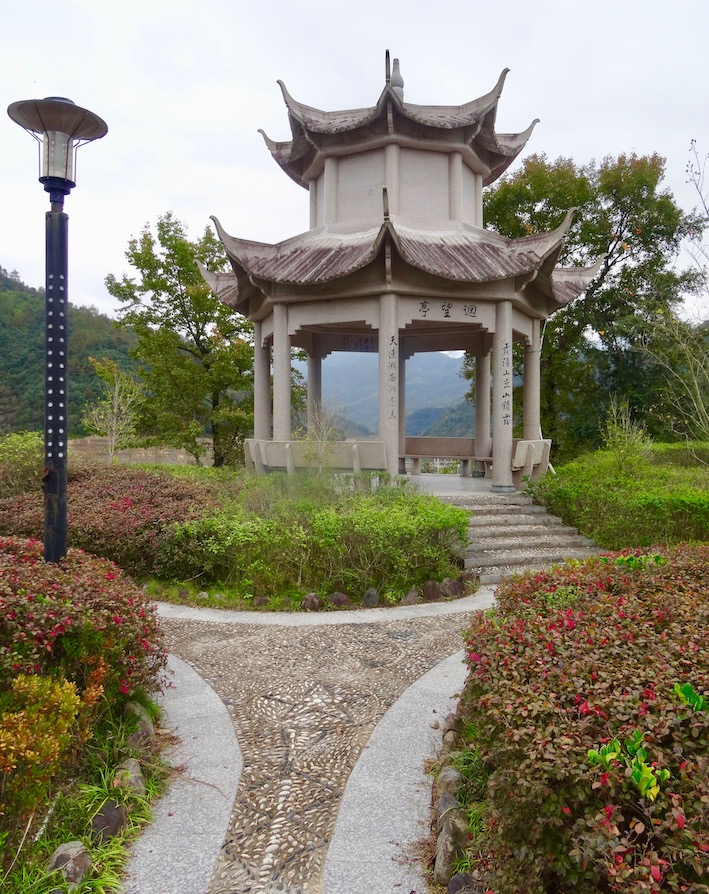 The old man might not have been the friendliest, but nevertheless he was keen to point us towards a tiny nearby garden with a stone gazebo. It was here, he assured us, that you could get the best views over the reservoir. 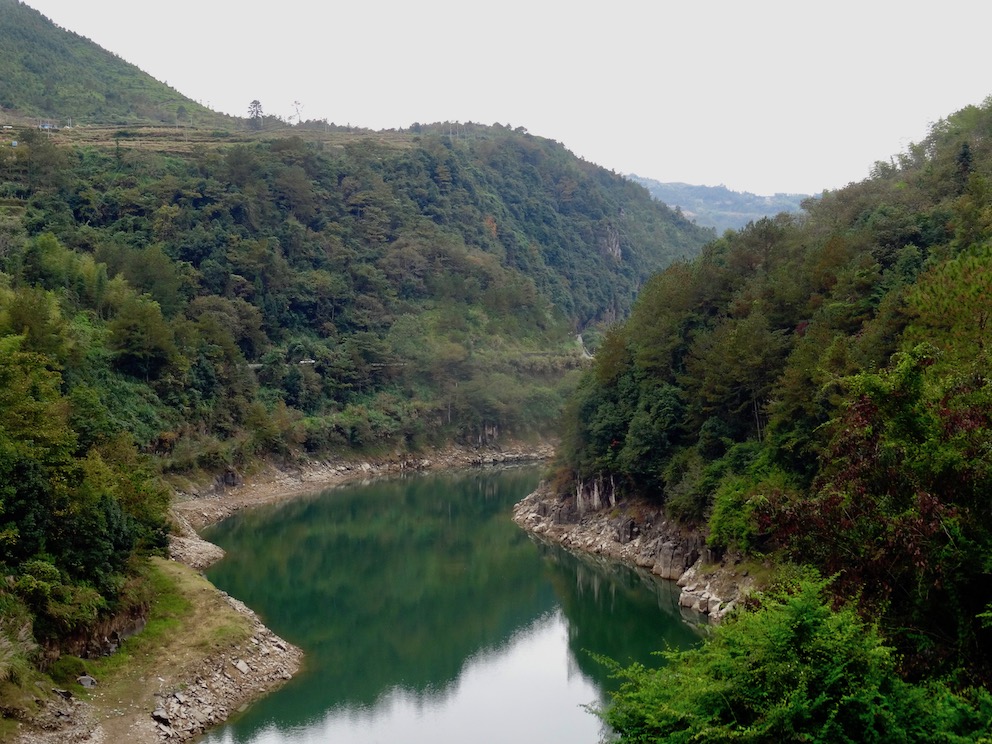 He was right on the money too, the resulting views being absolutely fantastic.

Nanpuxi Reservoir extended much further than we’d originally thought. I ended up following its progress from the car window as we resumed our journey towards the park. However, it wasn’t long before the water all but dried up, creating a beautifully desolate scene. To find out what happened next, have a look at my report from Nanpuxi Scenic Park.