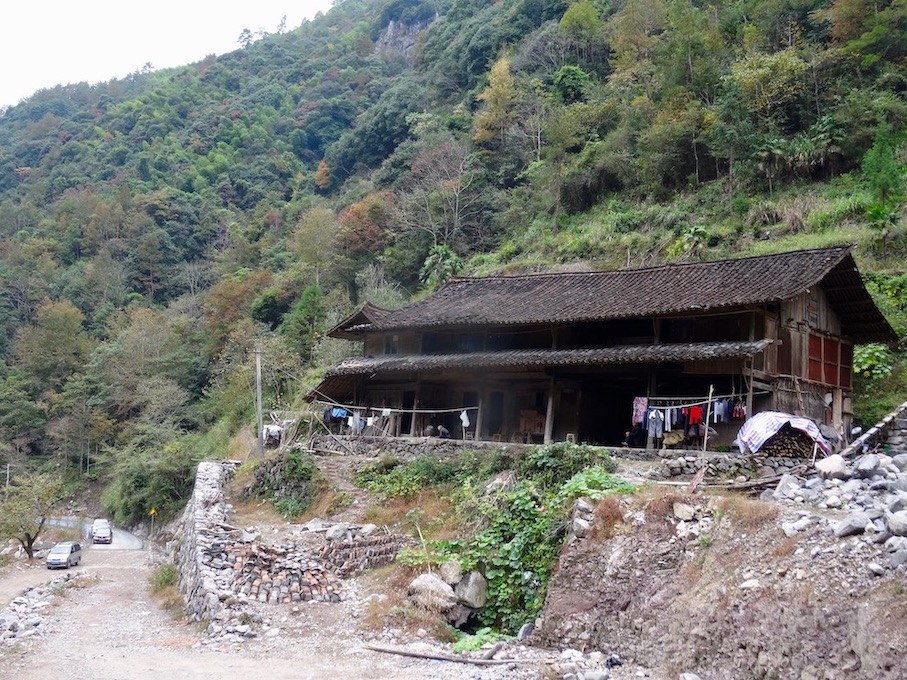 November 2017. I’d started getting just a little concerned that we weren’t ever going to reach Nanpuxi Scenic Park. The GPS was going crazy as we tackled turn after hairpin turn on the narrow mountain road. However, I needn’t have worried, because in the end the road simply stopped altogether right at the edge of a dense forest. Mm, I guess we’re here.

Thus Amy parked the car and we jumped out, passing a rambling old wooden residence at the forest entrance. At first, I thought it might be some kind of ranger’s office. But actually it was just someone’s home. In fact, as we walked by, an old couple emerged from the interior to settle on the porch. He sittin’ doin’ nothin’, she peeling potatoes. 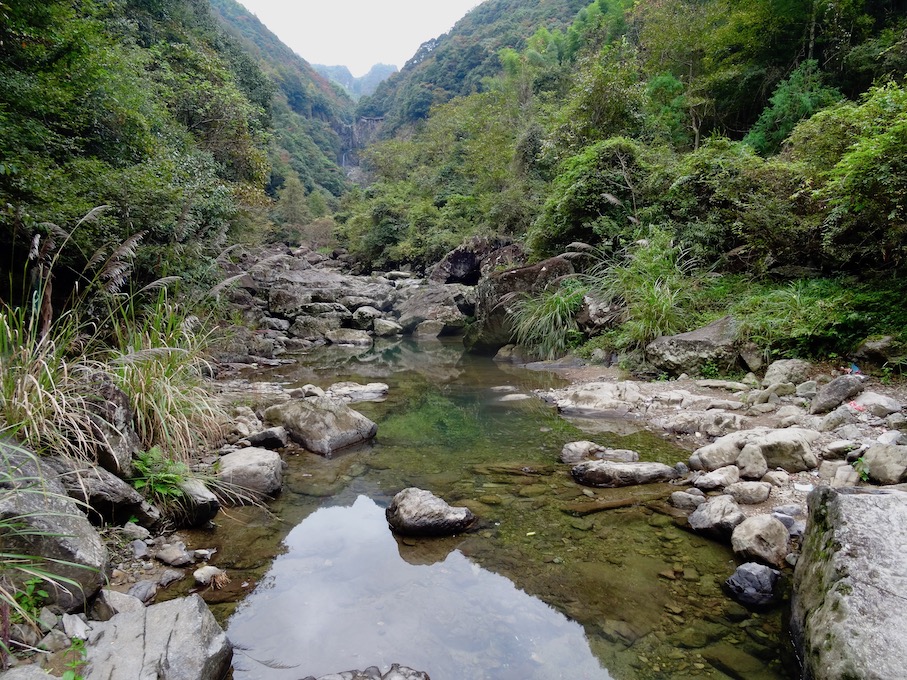 The park was a recommendation from the hotel owner back in Sixi Town. With no public transport links and zero English language info online, I would have never known about this place. Even Amy was left lamenting the lack of Chinese articles on the area. All we knew was that the park is home to a gorgeous, three-tiered waterfall. Working our way down the main trail, it wasn’t long before we caught sight of it, far off in the distance. 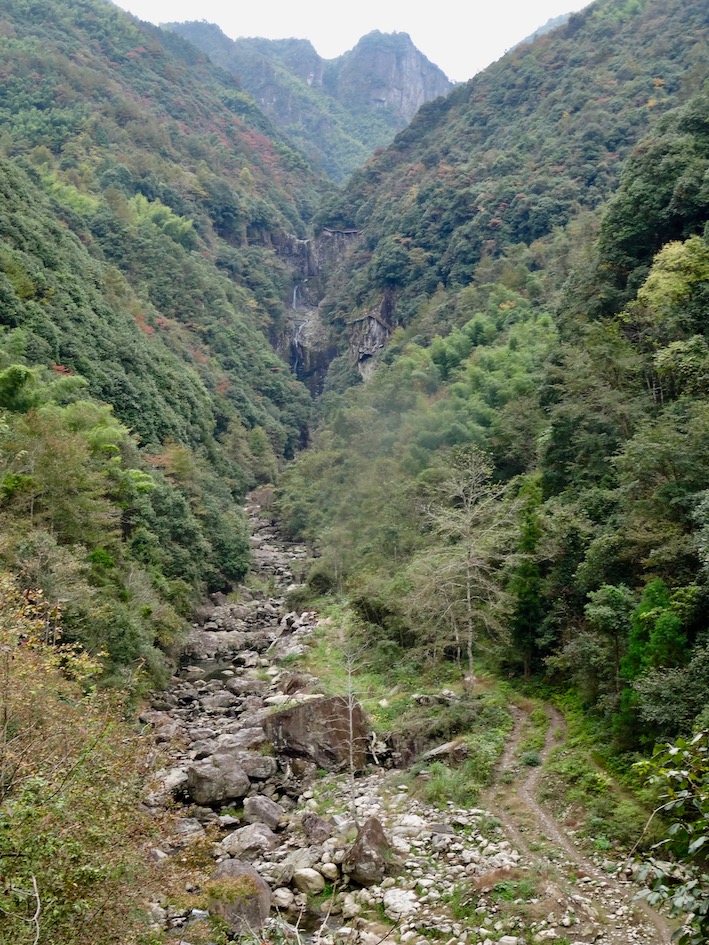 The whole park was staggeringly unmaintained, with cracked steps, broken sections of railing and lots of trash. Moreover, there wasn’t much in the way of signage. Hence we had to rely on our instincts when it came to forging a path towards the waterfall. 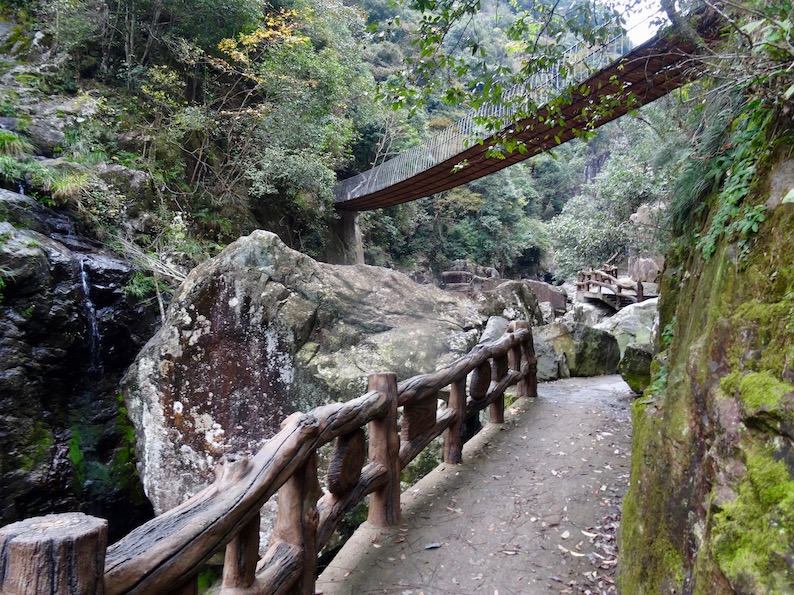 According to a local couple we met on the way up, there are plans to regulate the park in the coming years. Local authorities, they said, were also planning a much-needed cleanup, the construction of a visitor’s centre and the introduction of an entry fee. 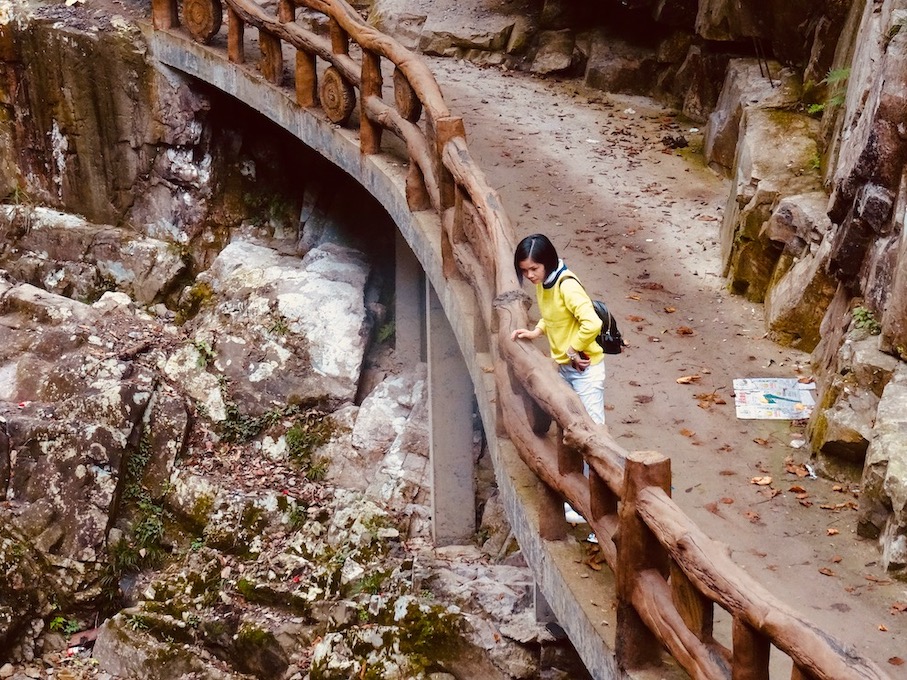 We’d been hiking for around an hour when the path started getting steeper. Eventually, the trail gave way to a series of challenging staircases. Then, like music to my ears, the sound of running water came into earshot and I knew we were closing in on the three-tiered waterfall. 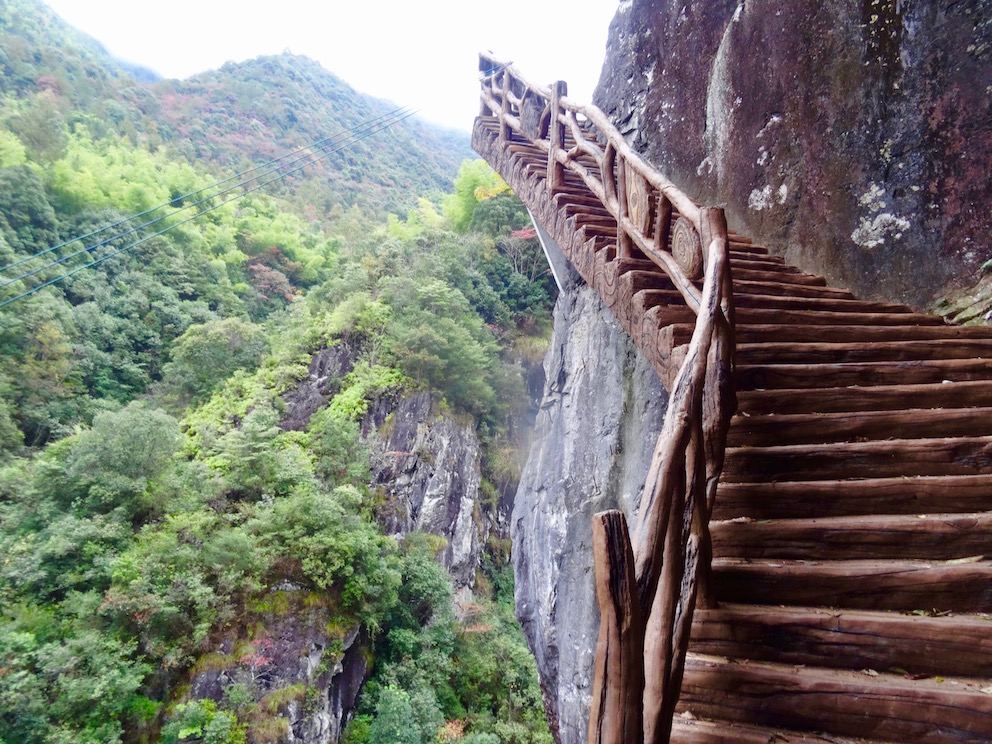 One of the park’s crazy staircases.

It was a great moment when we finally came out onto an open platform. Here, we had the perfect view of the waterfall and its three tiers. 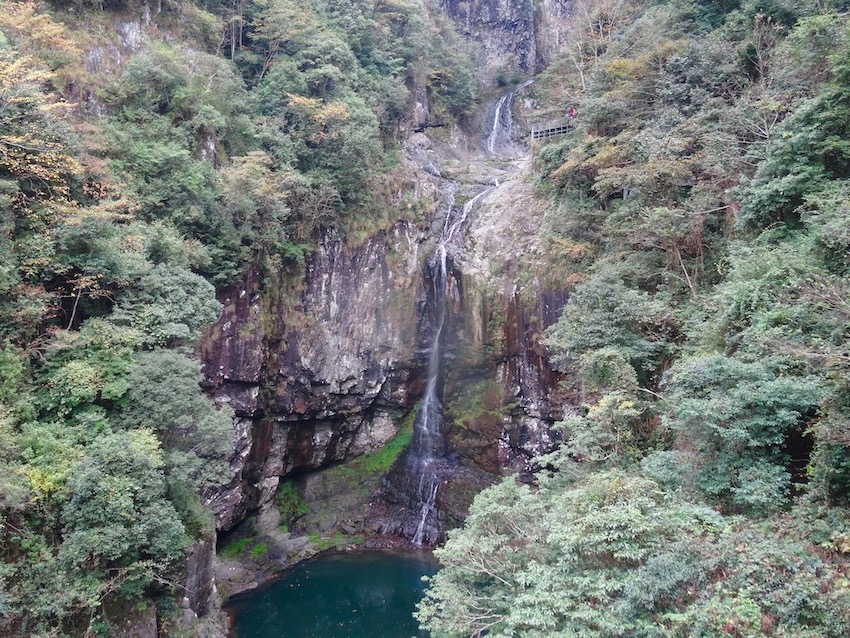 It was so beautiful we just hung there for a while, drinking in the sound of the running water. Here and there, an exotic bird or two swooped by. I remember feeling incredibly grateful that the hotel owner had thought to recommend the park. I mean, to have come to Taishun County and missed this… 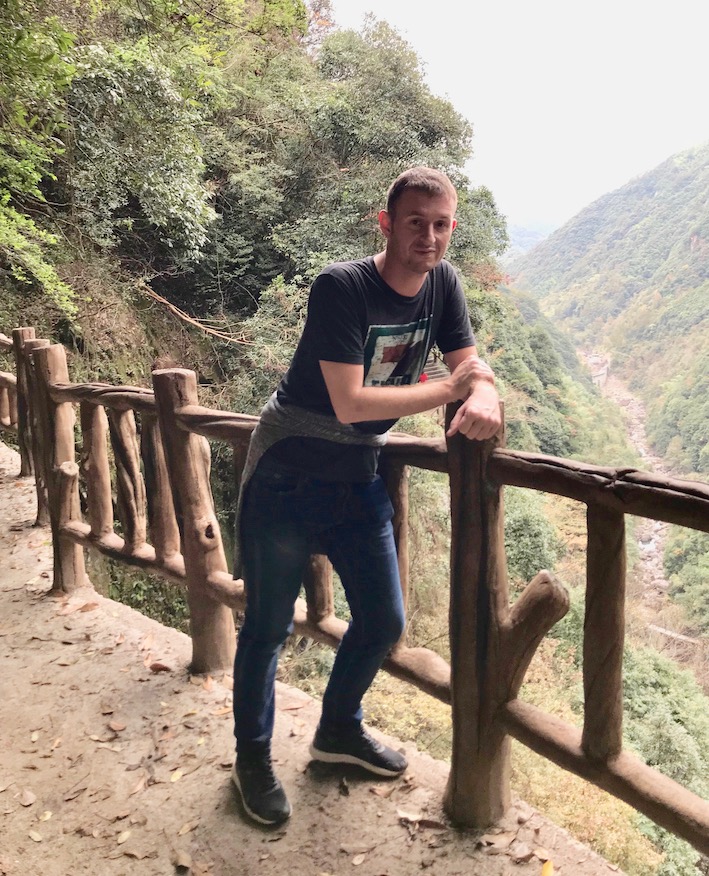 On the way back down there’ a number of very cool, albeit highly claustrophobic cave walkways that cut the return journey by almost half an hour. Some of them were so narrow I only just managed to squeeze myself through by shuffling sideways! An amazing end to a wonderful adventure and yet another string to Taishun County’s bow! 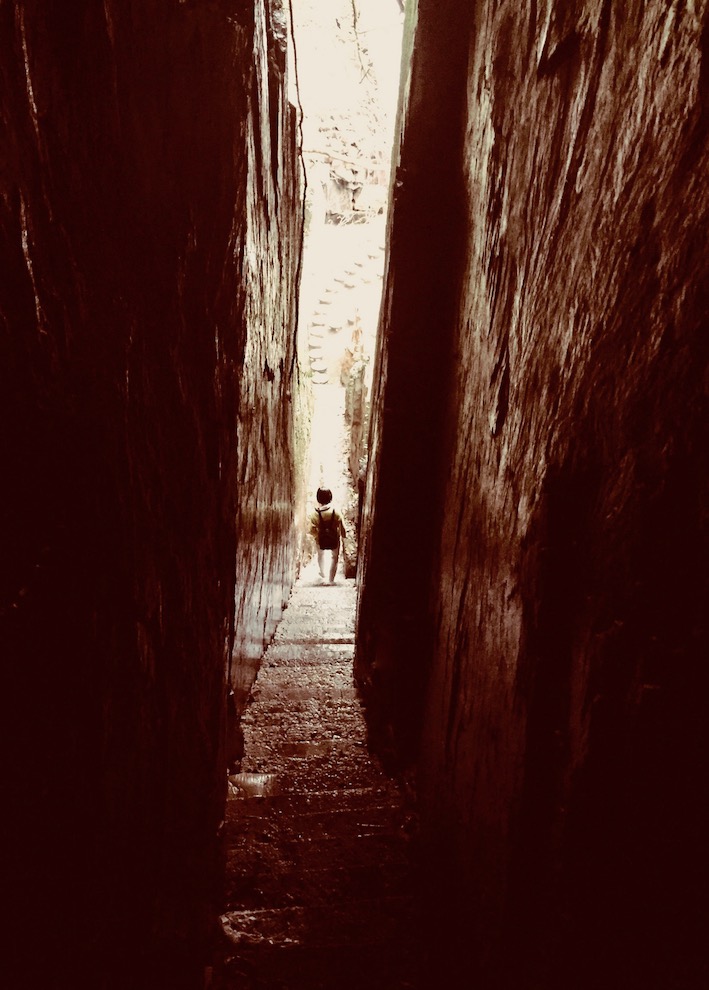