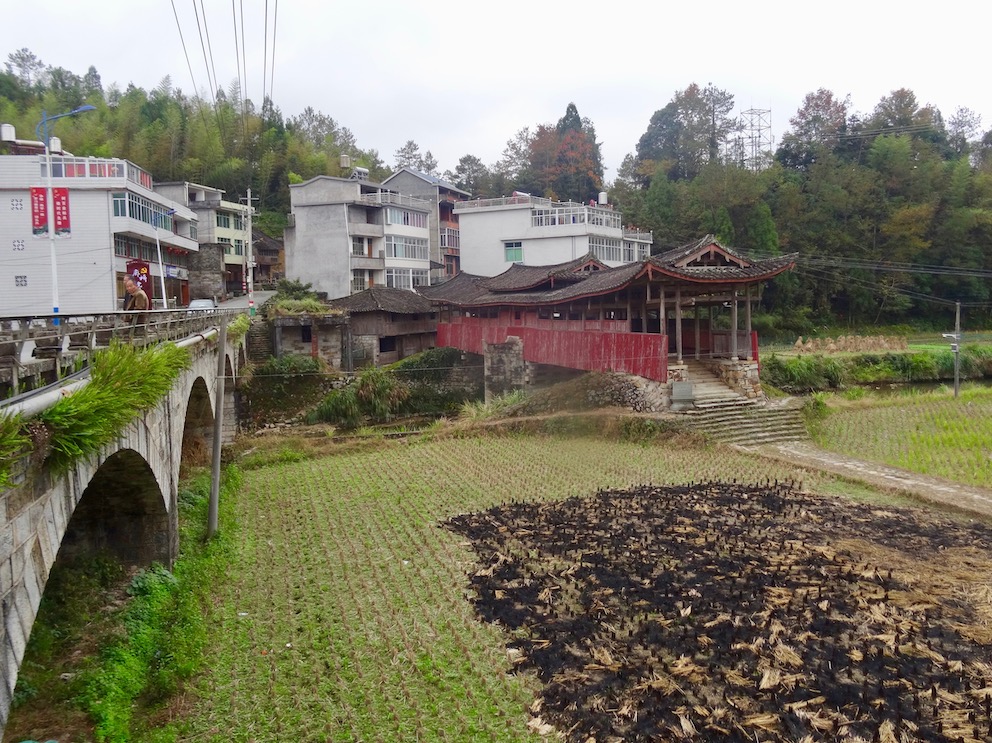 November 2017. It had been an amazing couple of days exploring the remote villages and country roads of Taishun County. The main focus had been hunting down the region’s fascinating collection of ancient covered wooden bridges. We’d already tracked down Beijian Bridge and Xi Dong Bridge, two of Taishun’s most beautiful structures located in Sixi Town.

Apparently, most people don’t bother with Nanyang Bridge, due to the fact that it’s located a bit out of the way on the edge of town. However, it was hardly a chore to get to. We just took the main road, exiting Sixi to the northeast and… boom…. there it was. 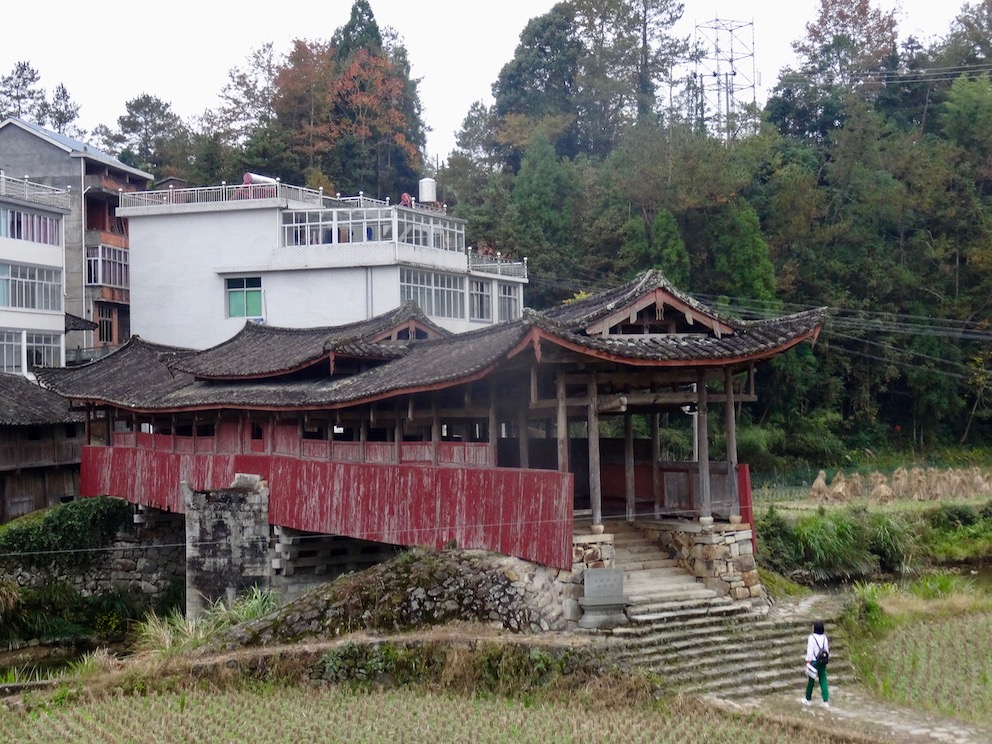 Nanyang Bridge is a far more dilapidated affair than the other bridges we’d seen. Which, in my book, instantly afforded it more kudos. Clearly unloved and unashamedly ramshackle, it was also the first bridge we had entirely to ourselves. 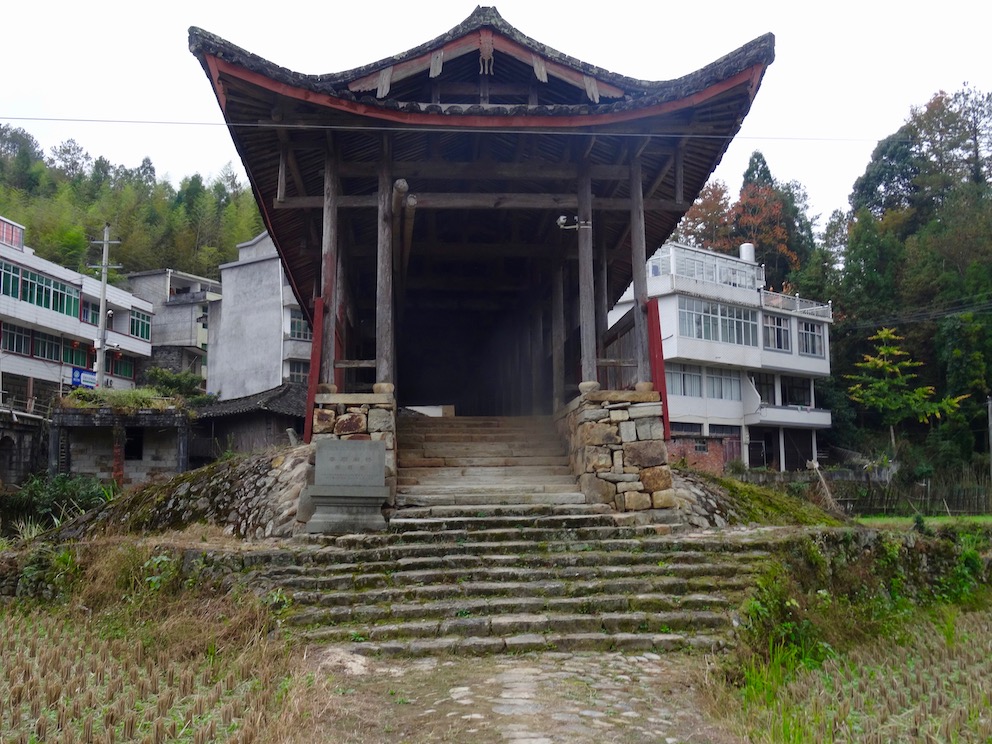 The bridge’s interior is similarly unfussy, not exactly picture postcard stuff. As with just about everything in Taishun County there’s very little information about it. All we knew was that it dates back to 1870 and is just over four meters long. 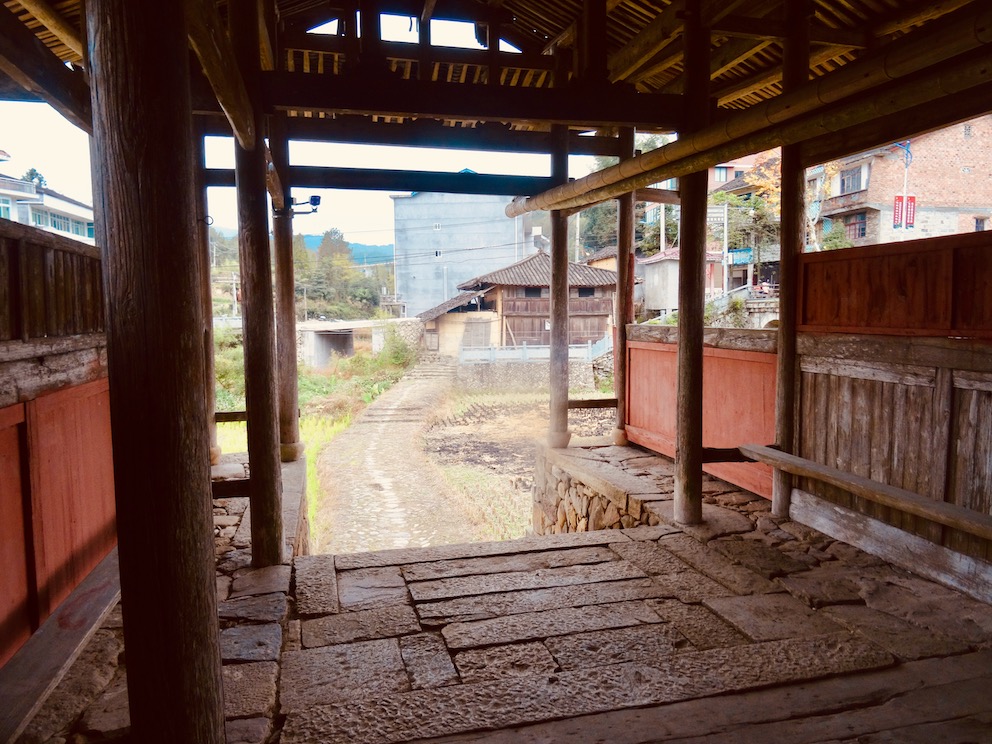 Emerging from the other side of the bridge, I noticed we were being watched by a bunch of hawk-eyed locals. Seemingly, they had nothing better to do than slouch around the adjacent bridge that connects Sixi to the highway. These guys looked like sittin’ doin’ nothin’ professionals, hence I knew I had to add them to my collection. Stupendously, one of them had actually managed to fall asleep standing up! 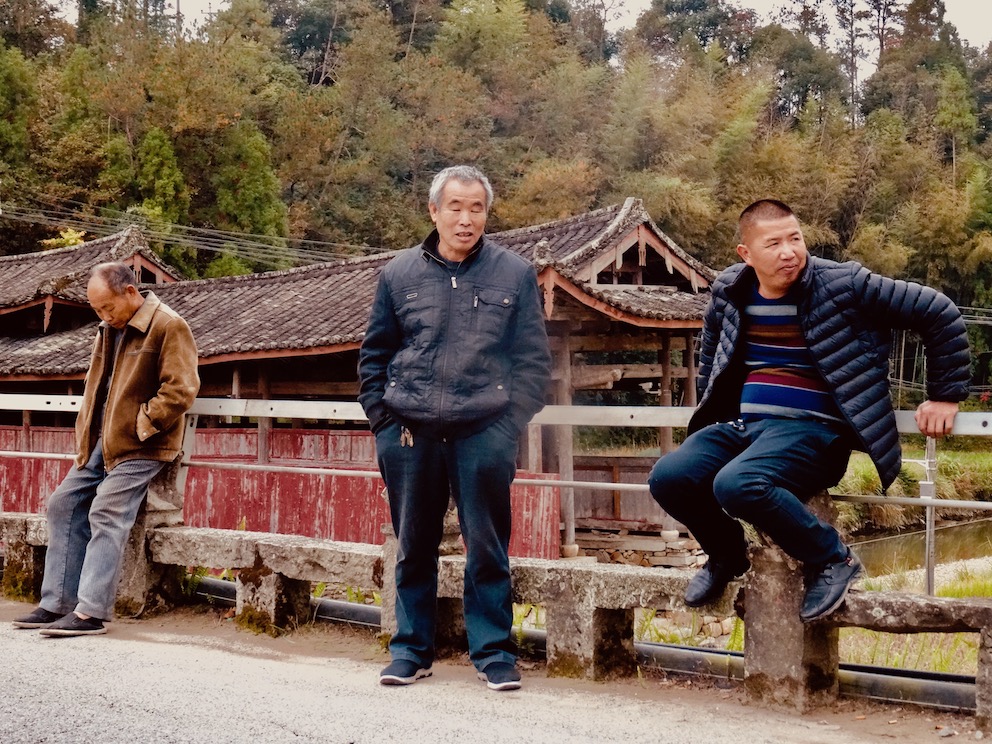 This dude was my favourite! Surely the Nanyang Bridge gatekeeper and a man who’d brought the art form of standin’ doin’ nothin’ to previously unseen levels of magnificence. He neither smiled nor scowled, or even blinked. Much like Nanyang Bridge itself, he was simply there. 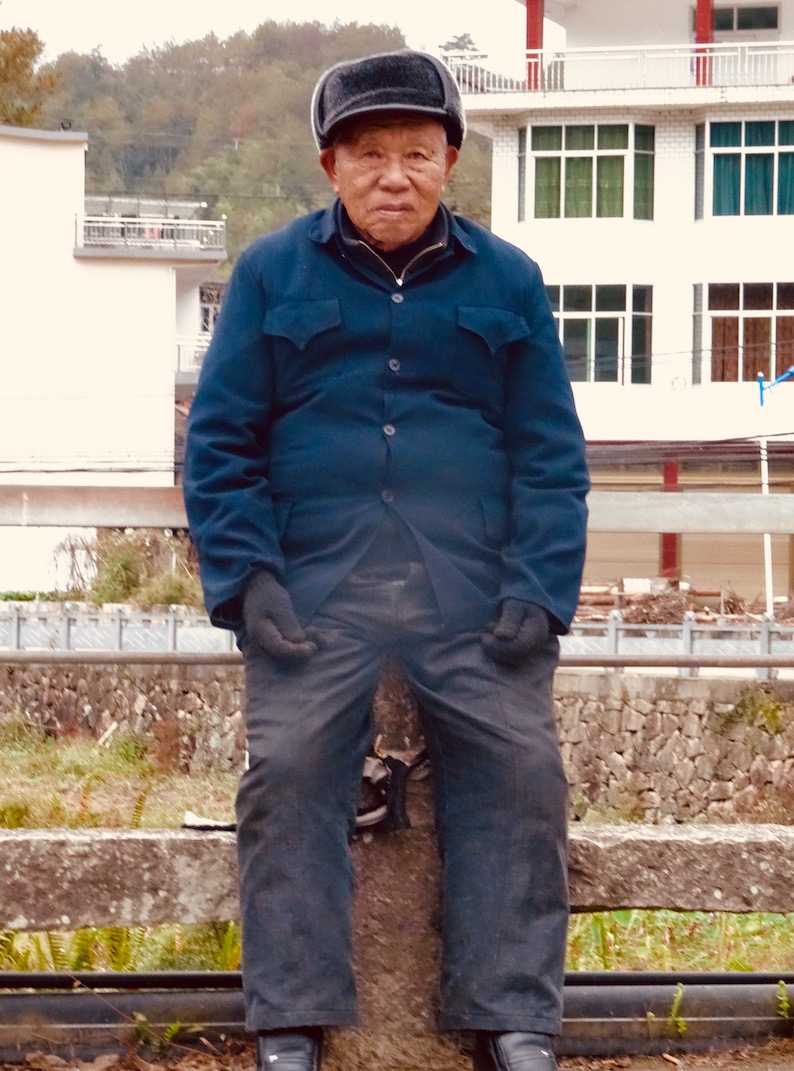 The Nanyang Bridge Gatekeeper. He doesn’t want to be your friend.