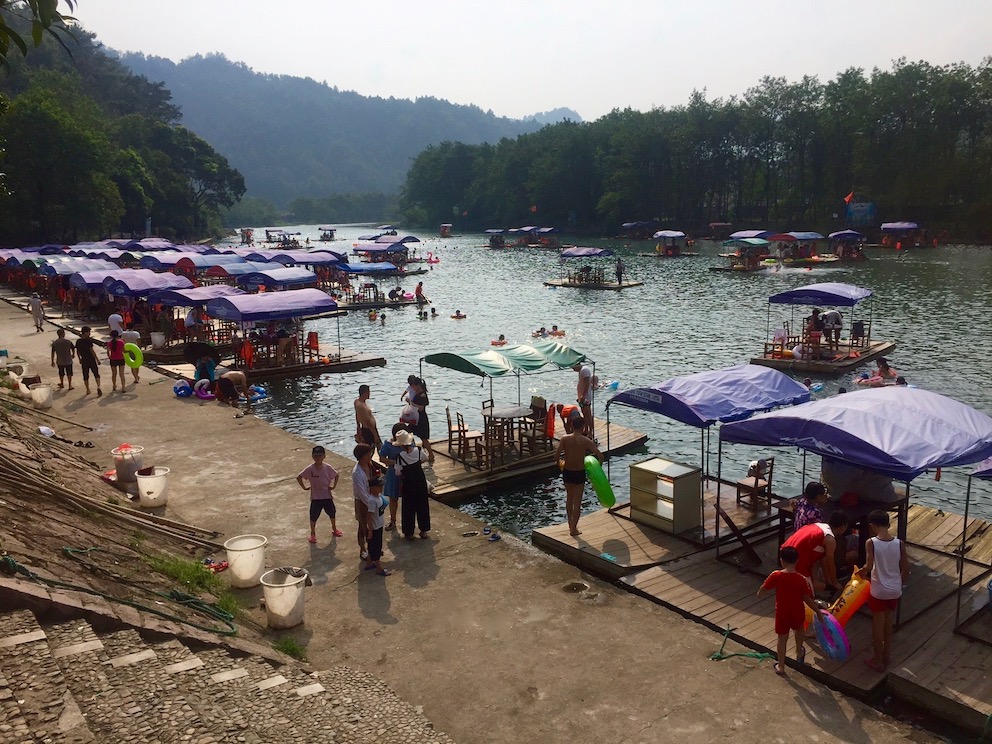 August 2017. I always got kick out of seeing isolated places in off-the-beaten-track China. And they certainly don’t get much more podunk than the largely unknown village of Xinyang in Zhejiang Province. Located an hour’s drive from the city of Ruian, my teaching buddies and I headed out there one typically hot and humid August afternoon. The plan was to simply spend the day in a narrow stretch of the river popular with locals, who flock here to seek respite from the unforgiving summer heat. 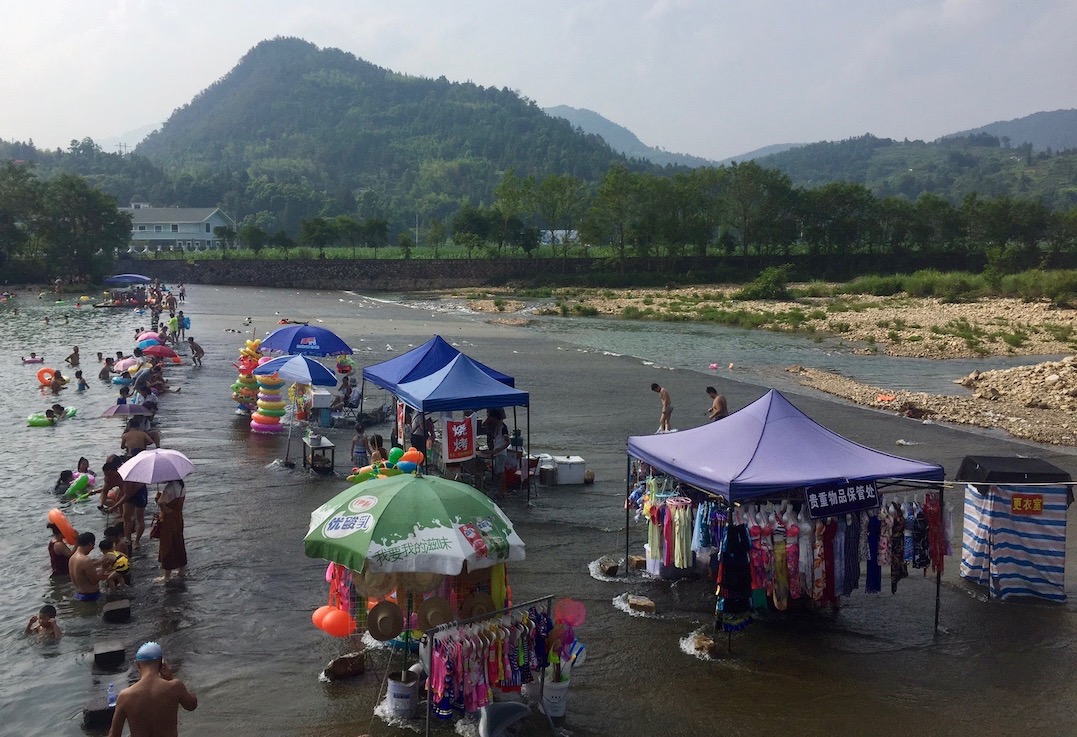 Our trip to Xin Yang Village was a so-called team building event held by our school. Usually we hired a bus for such occasions, but on that day it was decided that we would drive over in a convoy of hired taxis.

On arrival, the place was buzzing with excitable families. Lining the river, ready to serve the people, stood an army of market vendors who’d set up restaurants, cafes and stores. Some of these makeshift stalls were even in the water itself. 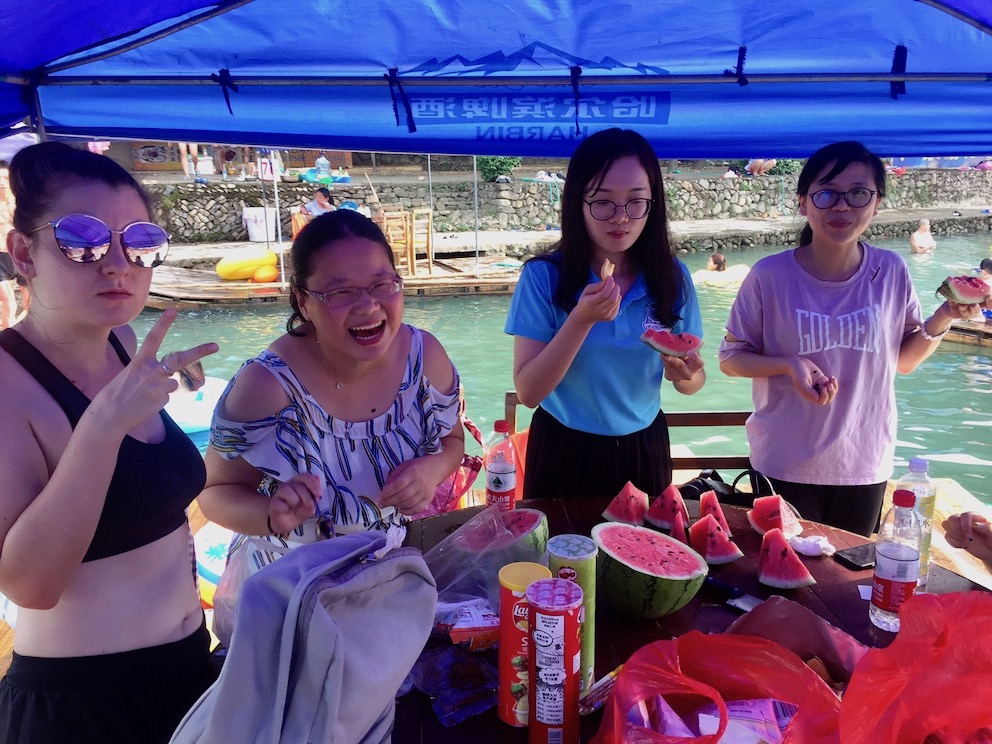 There were about twelve of us that day and, as is the custom, we rented a wooden raft boat at 70RMB an hour. It was fun flailing around in an attempt to navigate the river with the provided wooden poles. It was only later that I realised a much more effective way of captaining our vessel was to simply jump in the water and steer the thing with my hands! 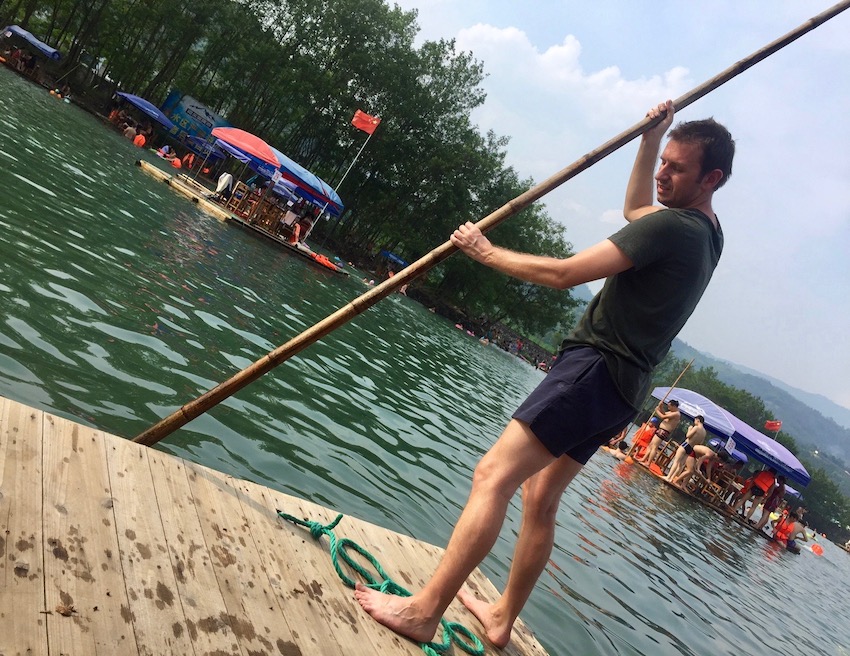 It really was a great bunch of people I worked with that year. The Dream Team, as Lena called us. It still makes me smile to think of my Chinese co-workers, from Daisy, “Beast” Sarah and burping Vivian, to Gigi, Alice and “La” Fannie, the hardest working person I’ve ever met. All priceless material for my short stories, should I ever get round to documenting that period. 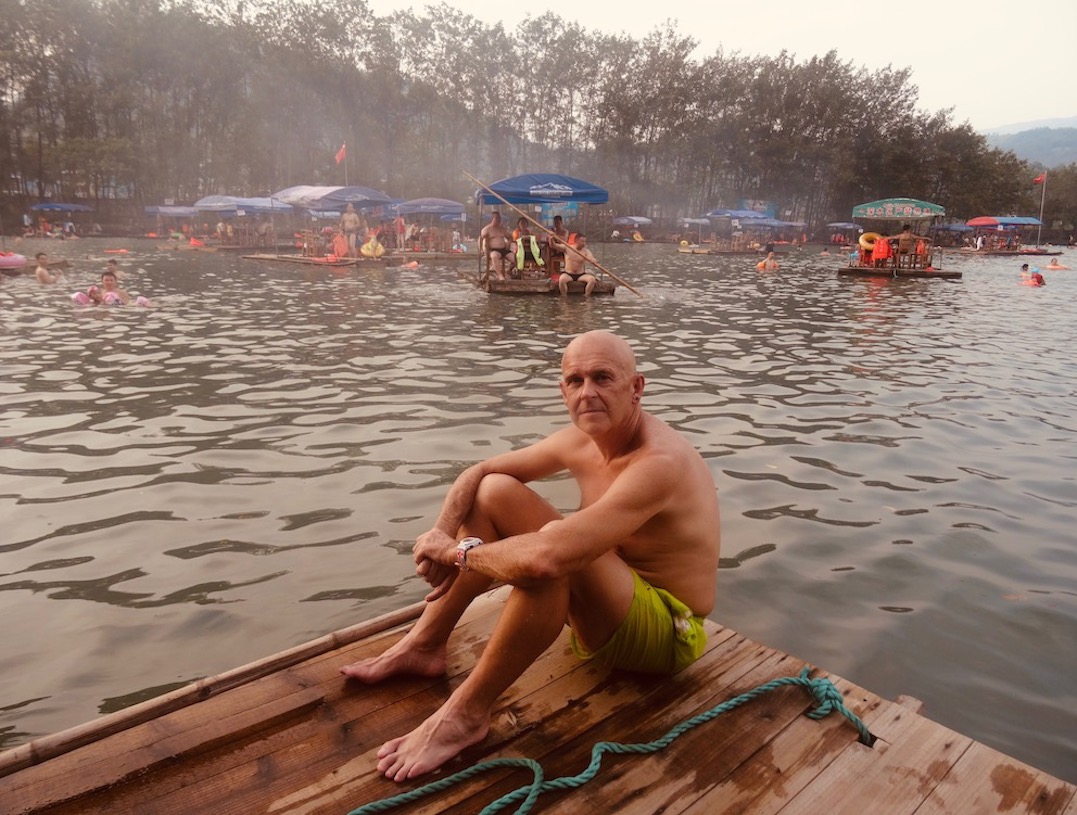 Myself, Lena, Lana, Lyuba and “Sergeant” Pete Diamond were the only foreigners on the Xin Yang River that day. As a result, we found ourselves the subject of much curiosity. Kids stared at us open-mouthed and there were couples waving at me from the riverbank. Moreover, I recall one middle-aged man following us around saying “Hellooooo!” over and over. Like it was the funniest joke he’d ever cracked. 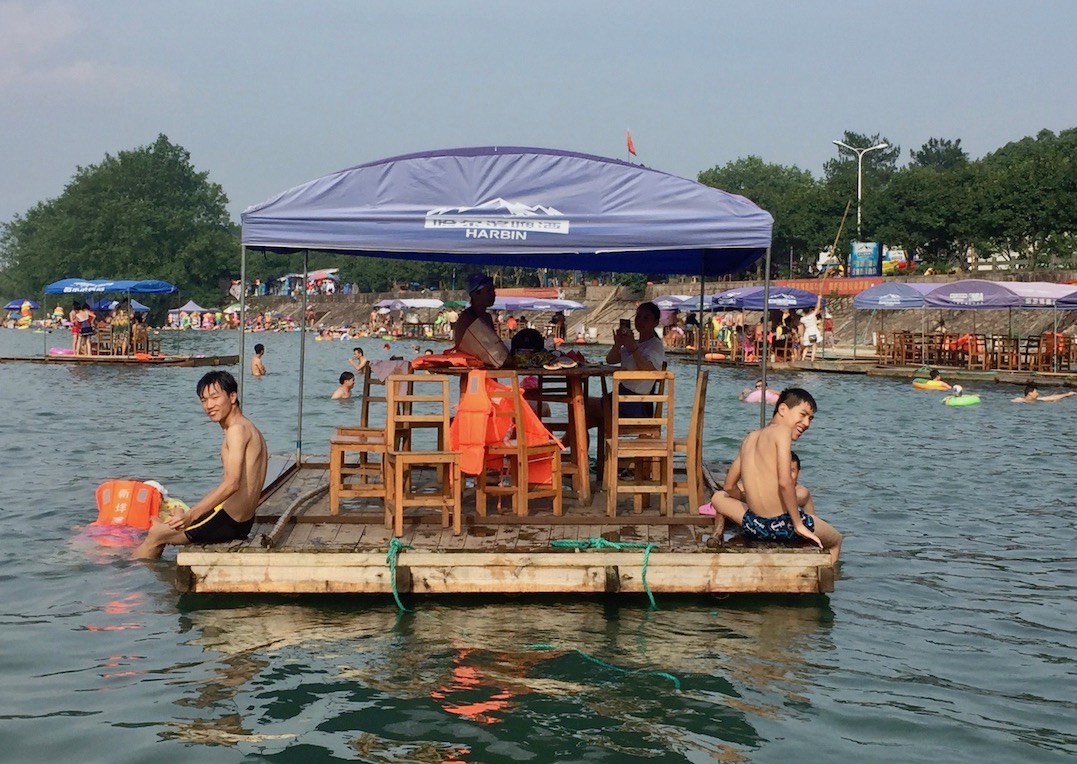 Most Chinese people can’t swim. Hence nearly everyone had armbands, floats and giant inflatable rings. Which I found quite amusing, because for the most part the water was exceptionally shallow. 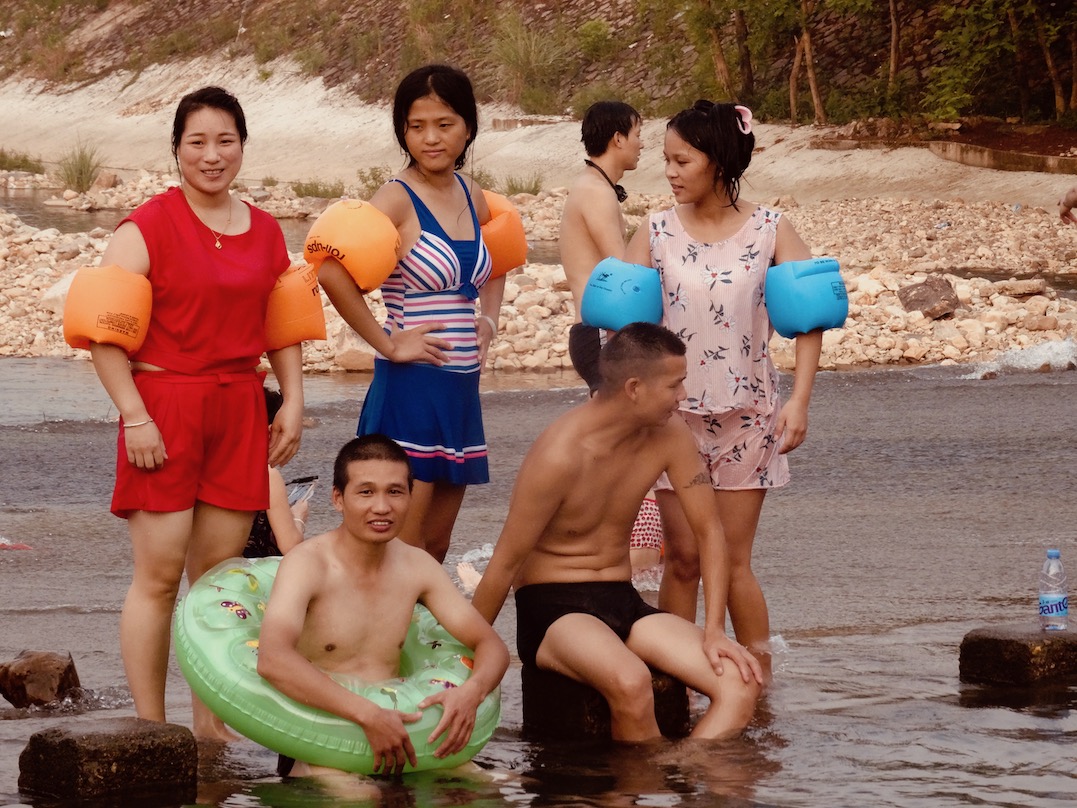 In fact, you can walk right through the river comfortably enough. And that’s exactly what some locals did! I watched one dude, pictured below, emerge from the trees on the far bank, before entering the river and trudging right past our boat.

At some point he realised there were a bunch of foreigners onboard. This literally made him stop in his tracks for a good, long stare. His ogling went on for so long I decided to walk over to the edge of the boat and stick a camera in his face. Click. 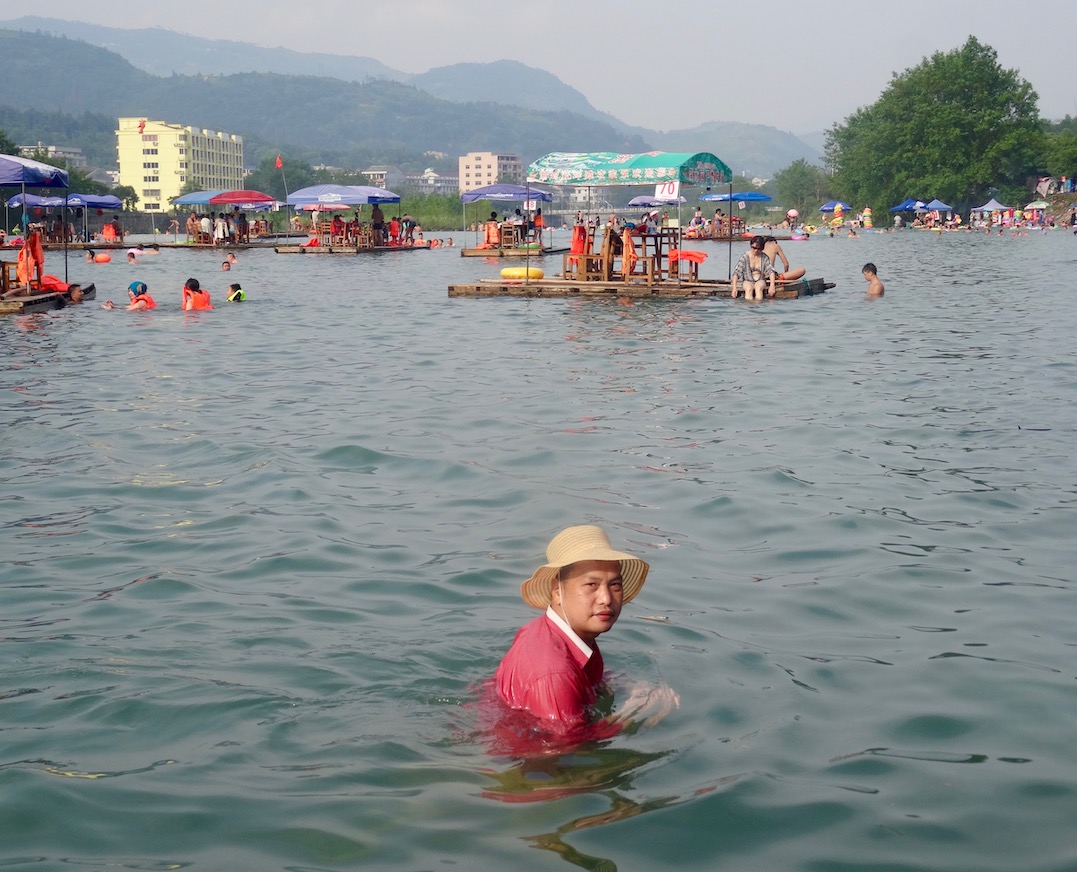 Our merry group of English teachers had a great time on the river that afternoon. It was one of those days that reminded me of how fantastic life in China can be when the stars align. This is a special feeling, because believe me, my Chinese life was often challenging and complicated. 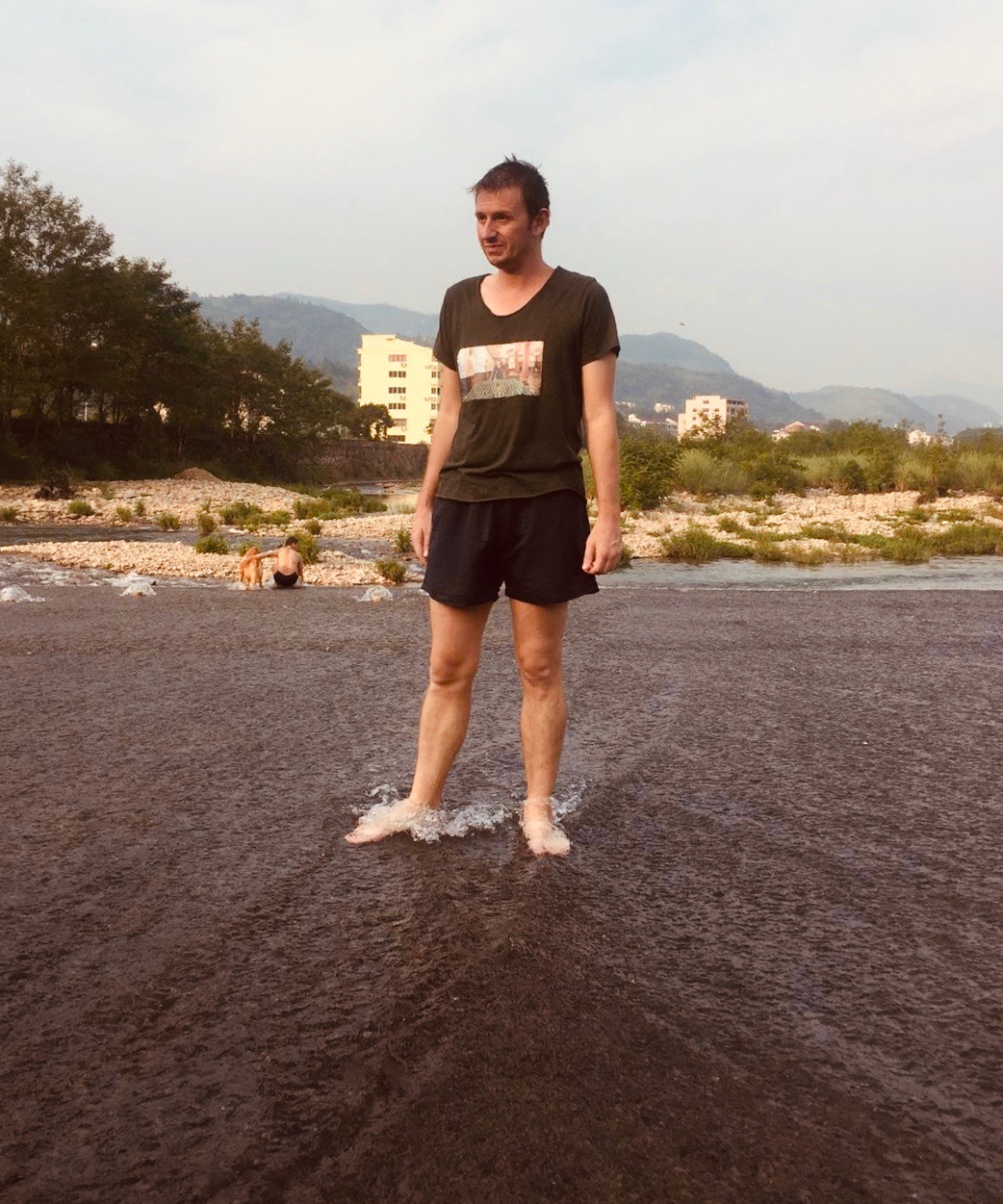 Sadly, my memories of that Xin Yang River day will always be tainted. In many ways it marked what was to become the end of an era for our lives in Ruian. This was the last time we’d all be so carefree together. What we didn’t realise that day, not until the next morning, was that while we were having the time of our lives, one of our good friends had just lost his life.

I think Craig’s passing was a watershed moment for all of us. In addition to the grief and confusion, I remember making a silent vow to be me more aware of what was going on with the people around me. To try harder to be the person my friends deserve.

It was a reminder that life is short and fragile. That I should seize the day, make more time for river days like this one. I wish Craig had been there with us that day. He would’ve loved it and we’d have enjoyed it all the more in his company. 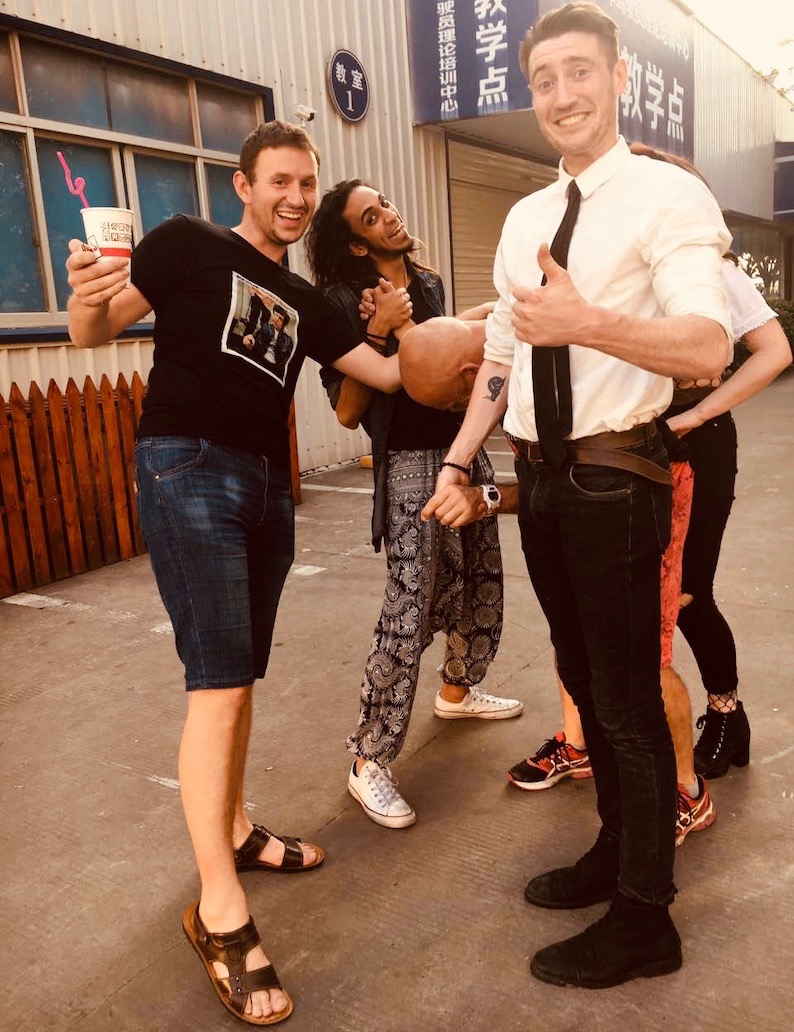 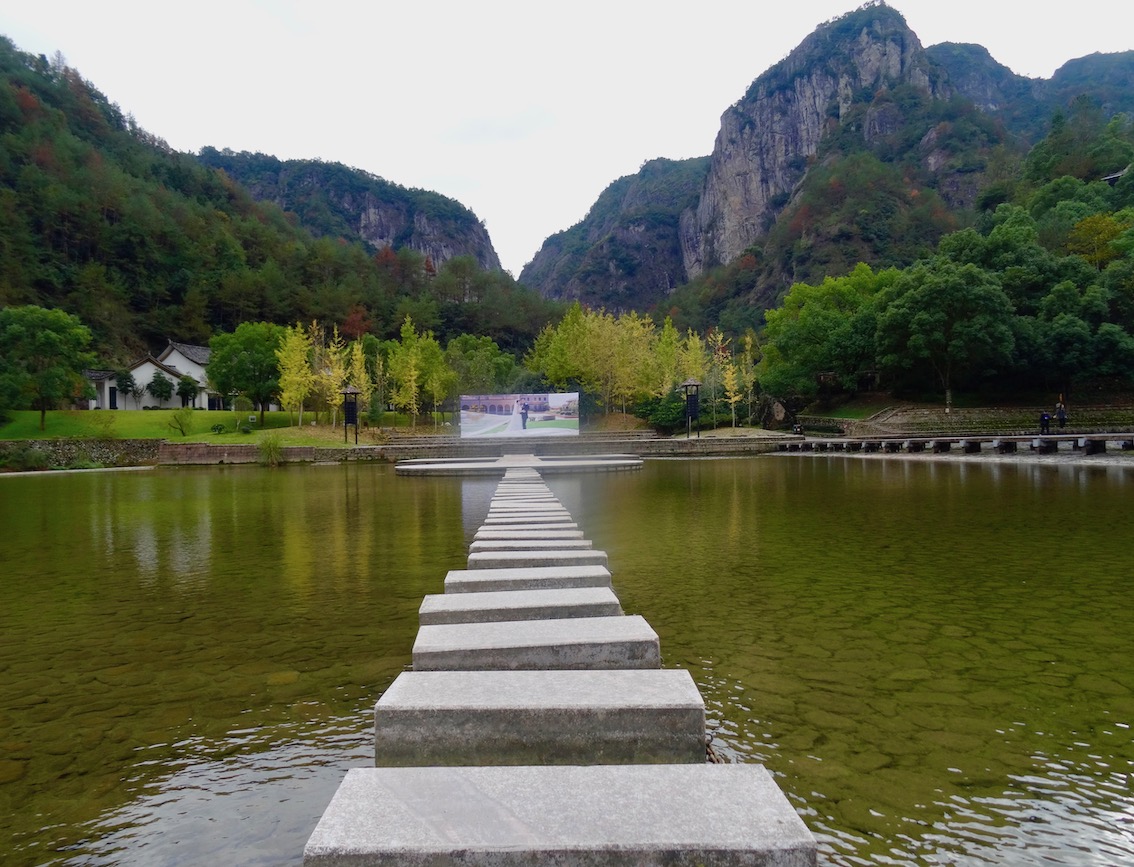