November 2015. I’ve always enjoyed Siem Reap’s predominantly sleepy vibe. Back during my first spell here I quickly learned to stay away from the frenetic Old Market and irksome Pub Street. Despite being the gateway to the world famous Angkor Temples, I never had trouble finding a sleepy cafe to write in or a largely ignored pagoda to visit.

In fact, the only time I experienced Siem Reap in full party mode was for its annual water festival, Bon Om Touk. Held in either September or October, the exact date of the festival varies each year. In 2015 it fell between the 24th and the 26th of November.

Dating back to the thirteenth century, Bon Om Touk marks the end of the rainy season and is a grand celebration of water as a key component of daily life.

I remember being somewhat startled by just how transformed Siem Reap was that year. There were thousands of people (mostly Khmer) flooding the city centre for three days of non-stop celebrations.

Boat racing is the main event, a tradition that goes back to a famous Cambodian military victory. The battle in question was with an invading Cham army in 1177. Siem Reap’s various neighborhoods compete in the races, with each group clearly identified by different coloured outfits.

Visitors watch the action unfold from the banks of the Siem Reap River. Some families set up camp for the day by the various tent restaurants that cook up local dishes around the clock. It’s certainly a great time of year to sample the local cuisine. 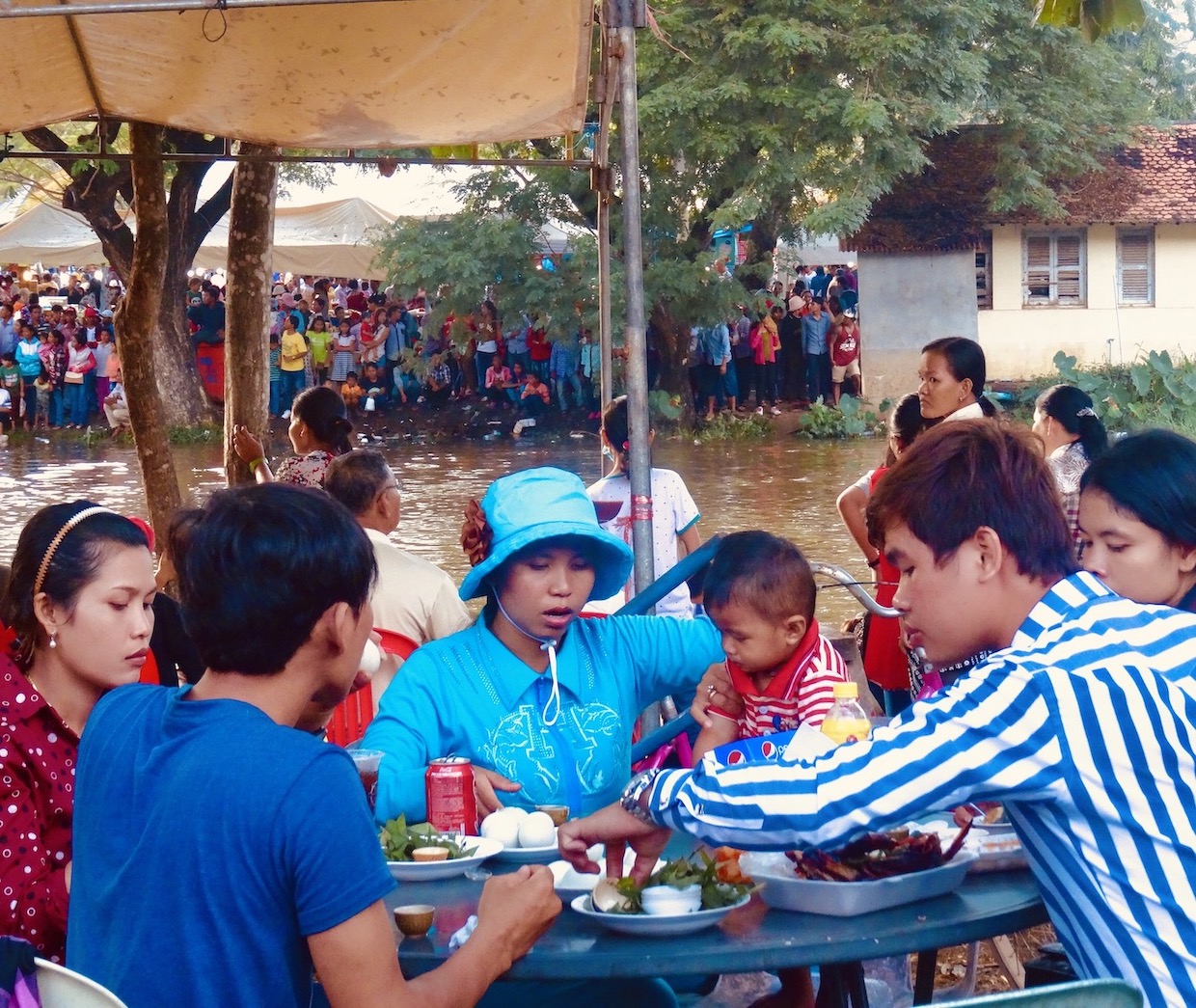 I remember one of my Khmer colleagues warning me to be on guard during the festival. Apparently over two hundred and fifty thousand people descend on the city during the three days.

As a result, there’s a sharp increase in thieves and beggars. I didn’t personally experience any trouble, but noticed a definite presence of what I can only describe as unfortunates.

Some of these were weathered provincial families, with children dressed in rags. Furthermore, there were a few aggressive beggars tagging themselves onto tourists. That said, the overall atmosphere remained celebratory.

The festival also includes a huge market, with local food and handicraft stalls spread out all over the city. The main concentration huddles right around the riverbanks. 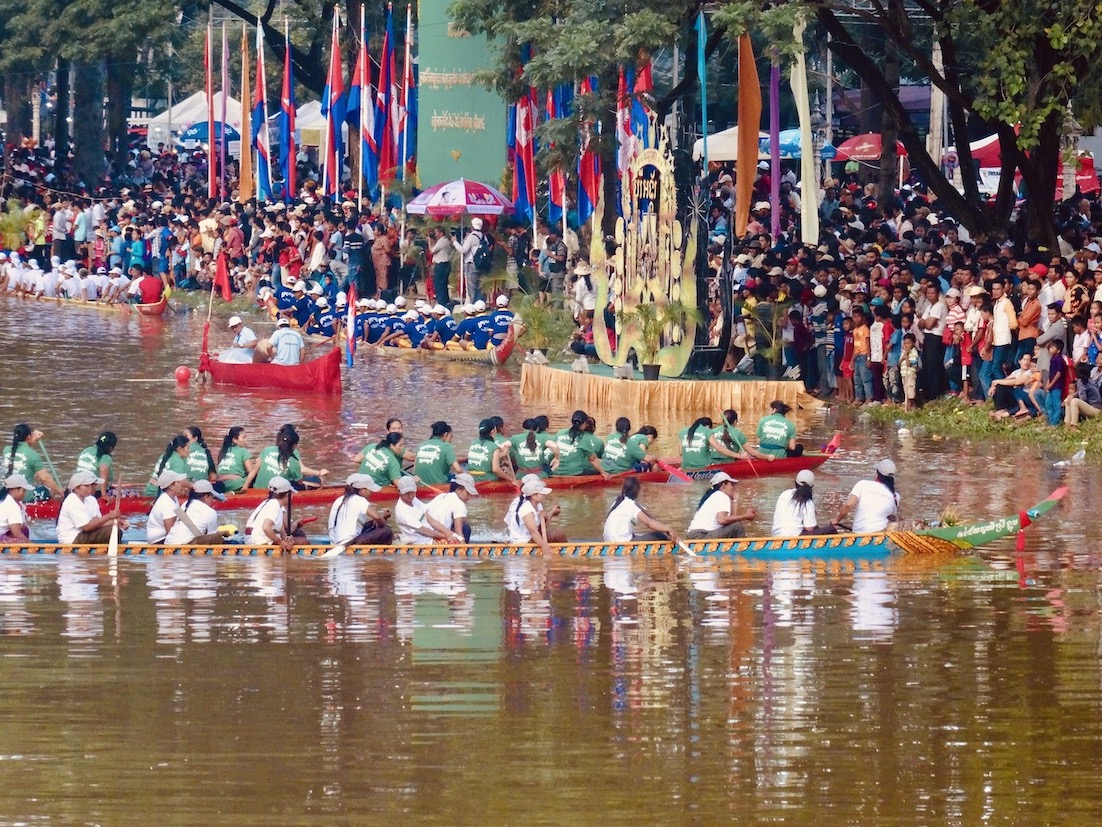 Needless to say accommodation prices surge around the dates of the festival. Unfortunately, the Cambodian government cancelled the event in 2020 due to the ongoing COVID-19 crisis. Hopefully, it will return in style for 2021. For more info on Bom Om Touk, check out this cool article by movetocambodia.com.