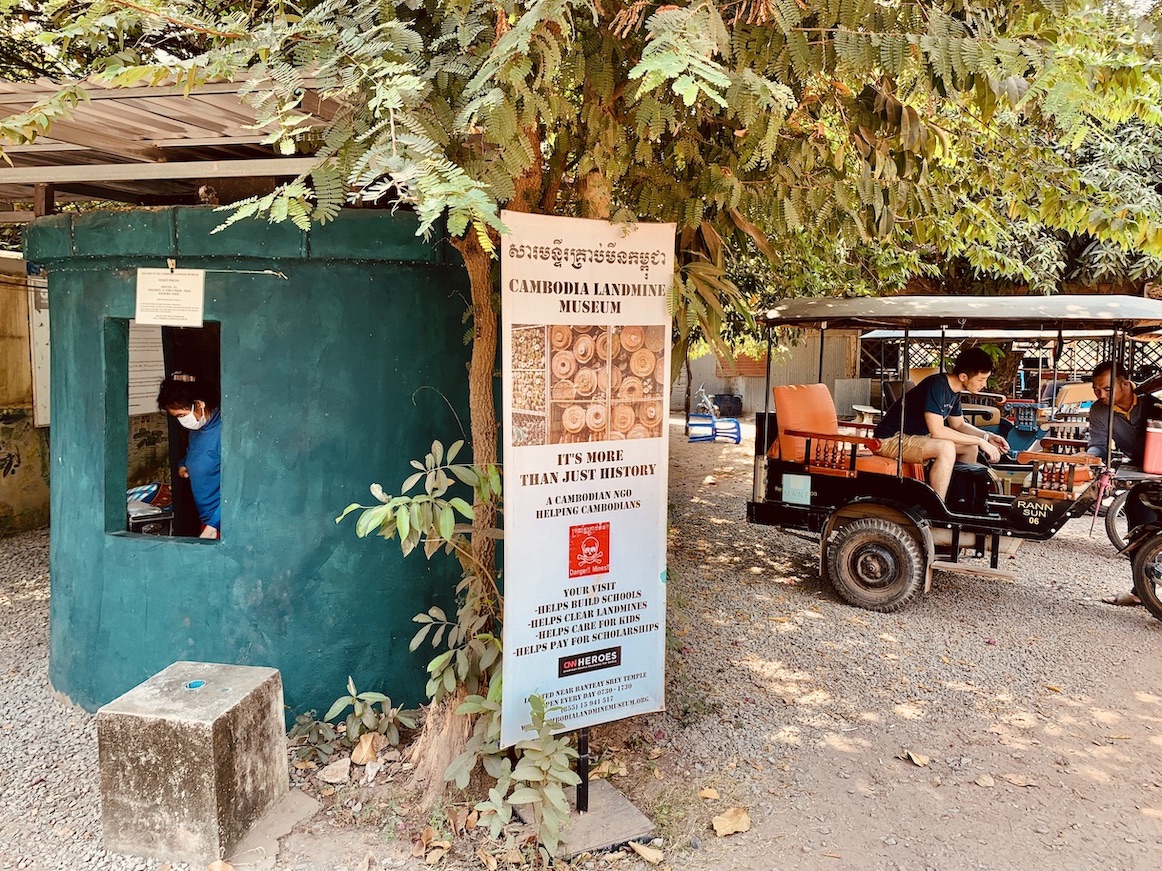 January 2020. Take even a rudimentary look into the history of Cambodia and before long you’ll find yourself entering the tragic world of the landmine. During decades of war, experts say at least six million landmines found their way into Cambodian soil. Moreover, these evil devices have been responsible for the deaths and injuries of over 64.000 people.

In Siem Reap, several sites dedicate themselves to educating people about Cambodia’s landmine problem. One focuses on the amazing, lifesaving rats at APOPO Humanitarian Demining. Another recommended spot is Cambodia Landmine Museum, a war exhibit, art gallery and relief centre.

The museum provides an overview of Cambodia’s landmine troubles through the perspective of Aki Ra, one of the country’s most inspirational figures. His life story is an incredible one, the kind of tale that could, you suspect, get snapped up and brought to the big screen by Oliver Stone. 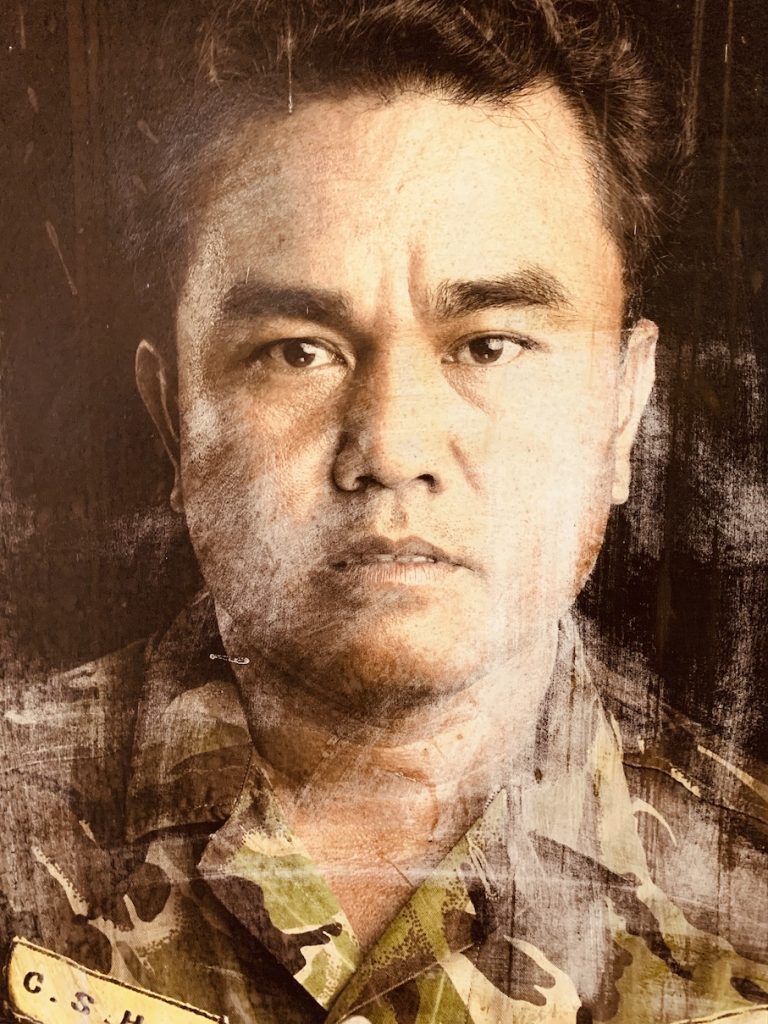 Aki Ra was just five years old when his parents lost their lives in a landmine explosion. Living wild in the jungle, he was found by the Khmer Rouge and forced into labour as a child soldier. By the age of twelve he’d become an experienced and skilled fighter capable of laying up to a thousand landmines a day.

Consequently, Aki Ra found himself bouncing between various military units during years of chaos in Cambodia. In 1978 he fell into the hands of the invading Vietnamese Army. Later, he served in the newly formed Kampuchean People’s Revolutionary Armed Forces. 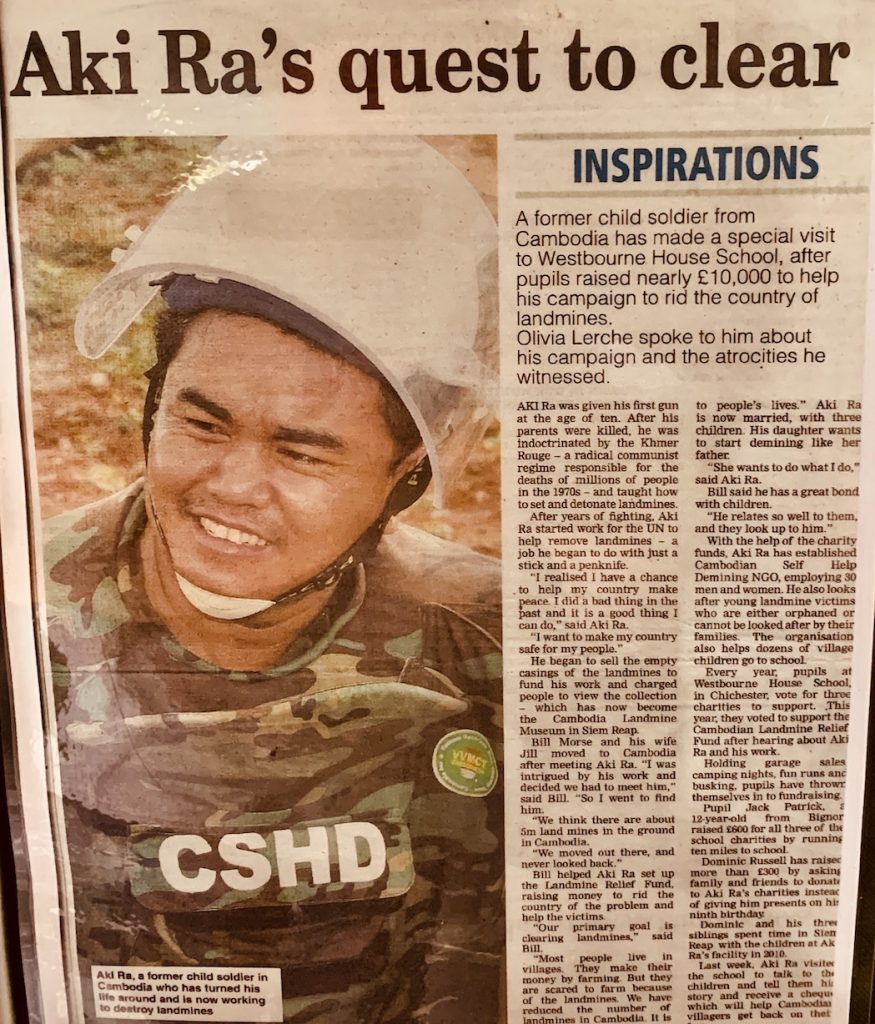 When peace finally came to Cambodia in the early 1990s, Aki Ra had experienced years of the devastation caused by landmines. Determined to make amends for his troubled past, he got a job as a deminer with The United Nations. He later returned to his home province, Siem Reap, where he spent his days disarming and removing mines. 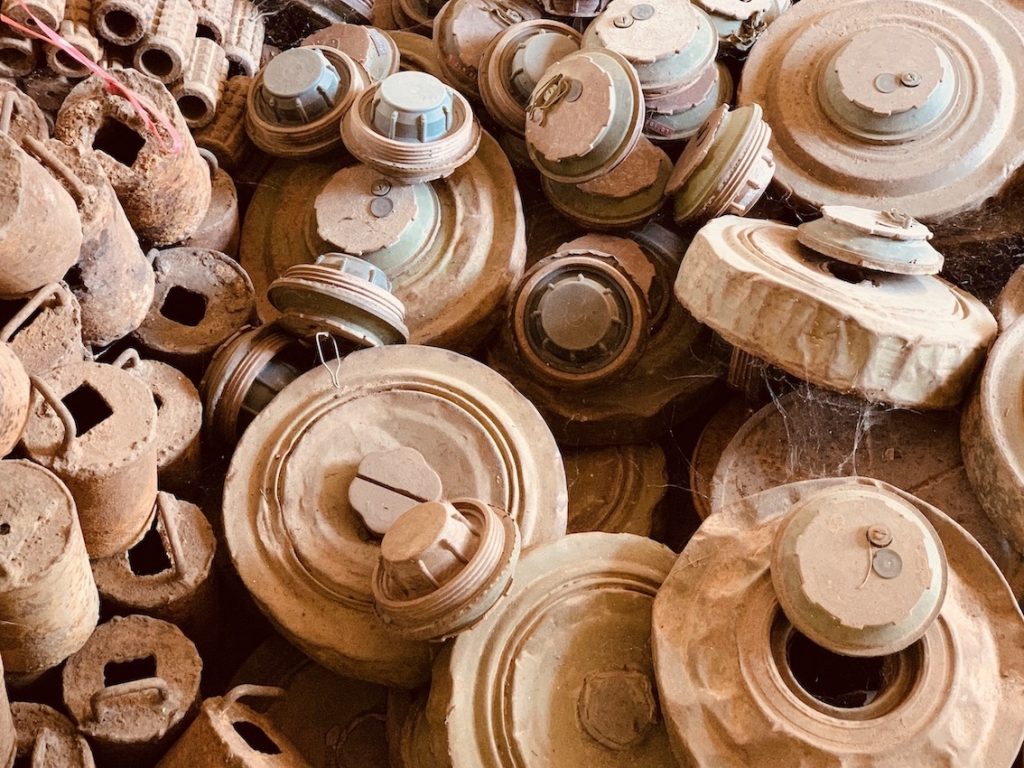 He carried out his work using little more than a knife and neglected to wear any protective clothing. For funding, he sold empty mine casings as scrap, building up a private collection. 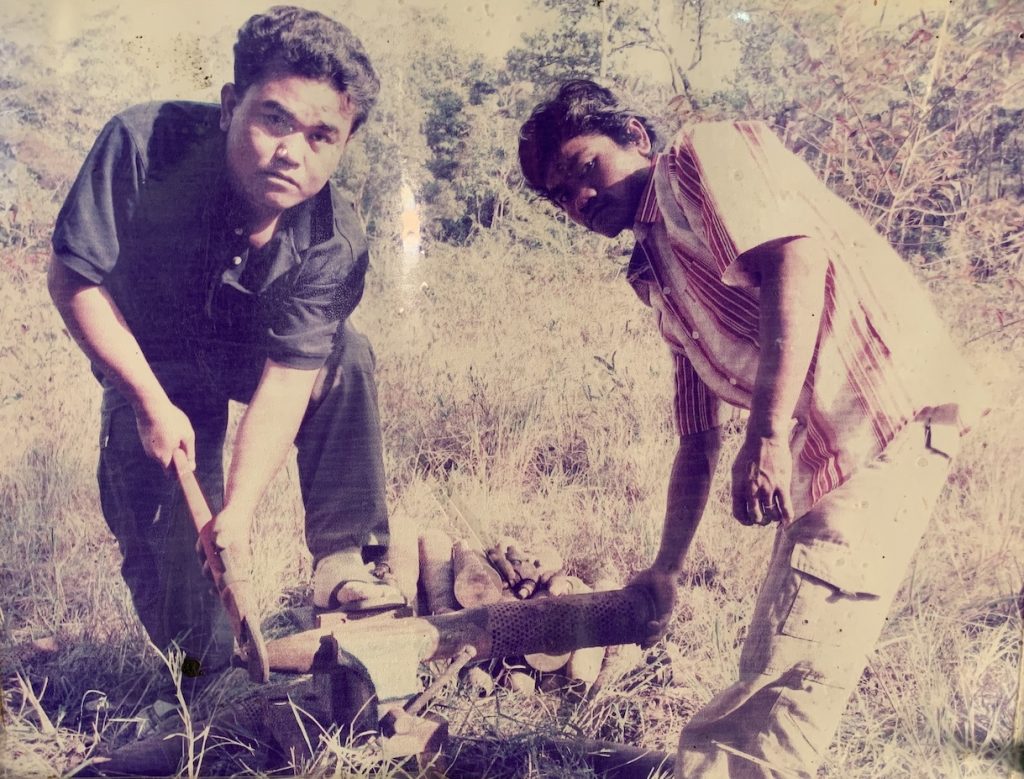 As word spread about his great deeds, people from all over the country would come to see his casings. Eventually, foreign tourists began appearing! Thus Aki Ra came up with the idea of opening an official museum. 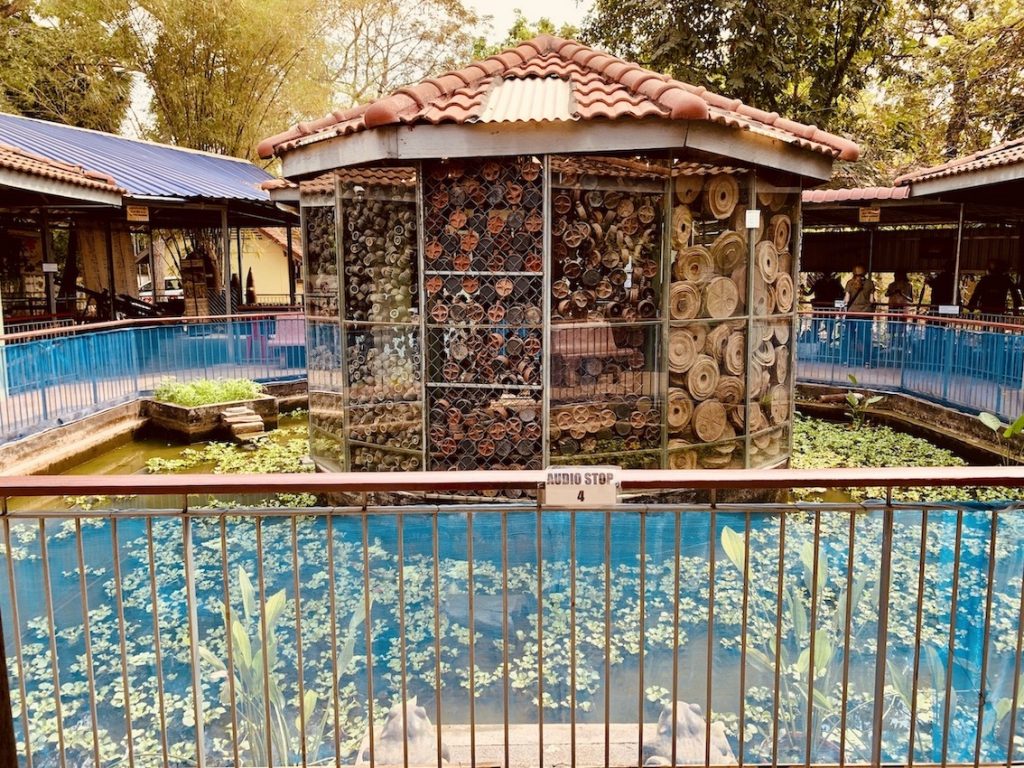 Many of his casings are on display in the museum today. The bulk of them lie stacked in this glass hut in the garden pond. Furthermore, there are piles gathering dust and cobwebs in a sizeable exhibit towards the back of the compound. You can even touch them if you wish. 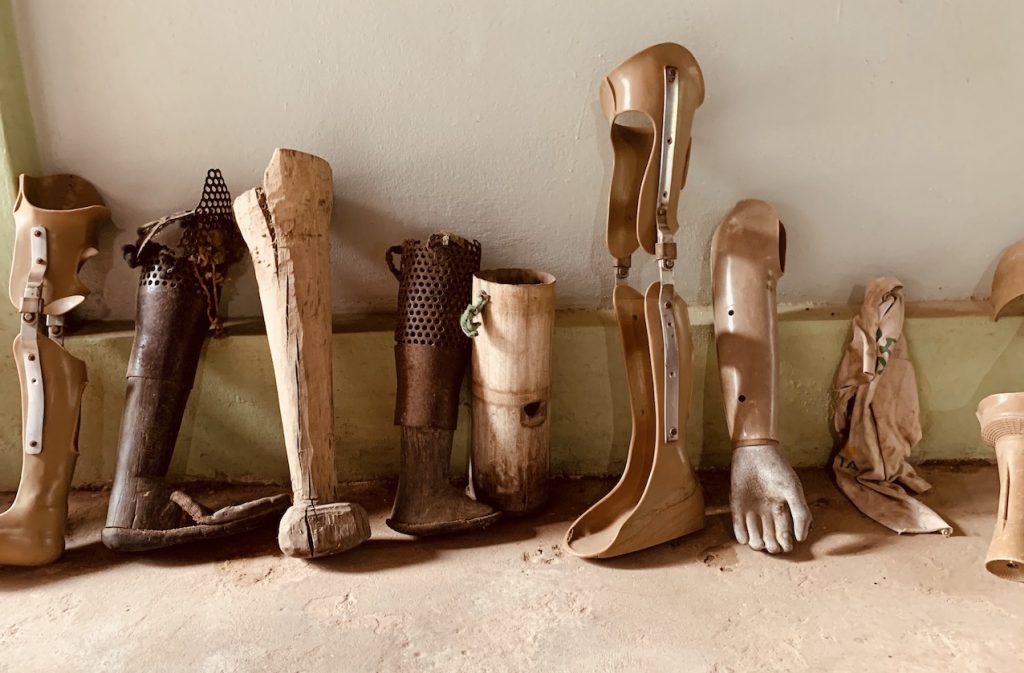 A home for amputees.

Landmines are designed to maim rather than outright kill. As a result, Cambodia now has a community of amputees believed to be around forty thousand people. As the museum developed, it also incorporated a rescue centre for children who’d lost limbs. 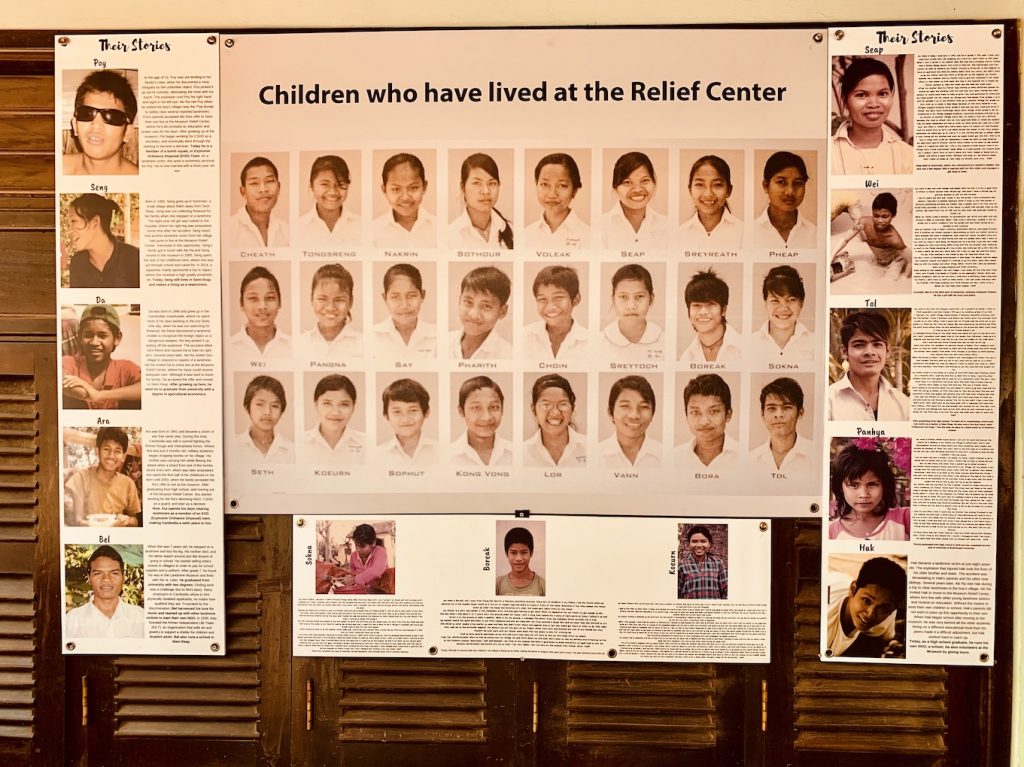 Personally discovered by Aki Ra, a number of Siem Reap’s so-called landmine kids lived here and even received an education in a custom built classroom. It’s impossible not to be moved by some of the stories on display.

Thankfully, the museum no longer needs to operate as a rescue centre and the last landmine child left in 2012. The old rescue centre now serves as living quarters for the museum staff and their families. 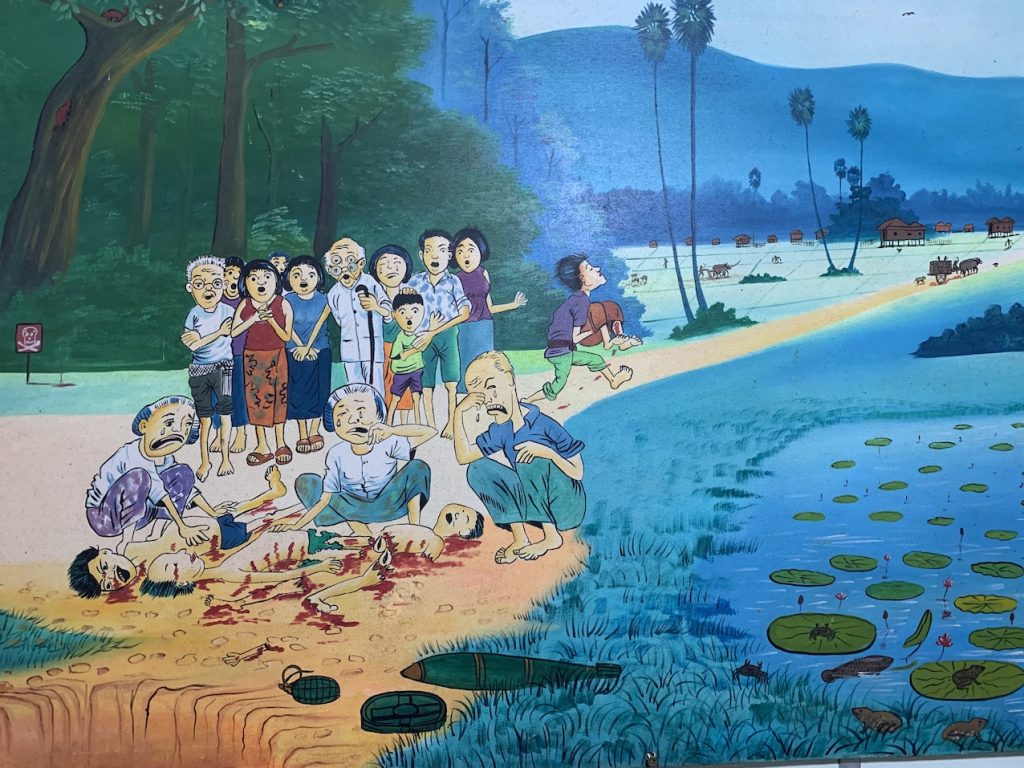 The museum certainly doesn’t hold back in its visual depictions of what landmines can do to people. In fact, visitors may find the experience a little overwhelming, from sobering photos of victims to grisly paintings by local artists. 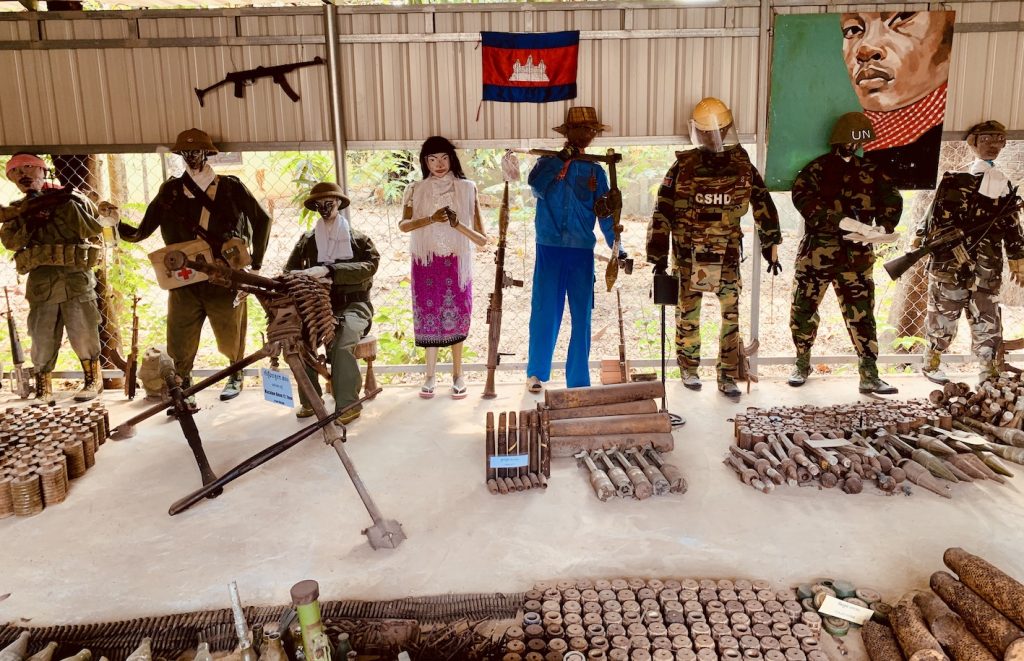 It also showcases a large amount of weapons, artillery and military uniforms found during demining projects.

While we were exploring, Sladja and I got to meet Bill Morse, CLM’s International Project Manager. He established The Landmine Relief Fund, an American charity that supports the museum and ensures Aki Ra no longer has to clear landmines on his own with minimal equipment and zero safety gear.

Bill was really friendly and gave us a little insight into the many difficulties of securing funding year after year. Now, in the chaotic financial climate of COVID-19, I imagine his task has gotten even harder. Feeling suitably inspired, we left a small donation and bought a Cambodia Landmine Museum t-shirt from the onsite store. 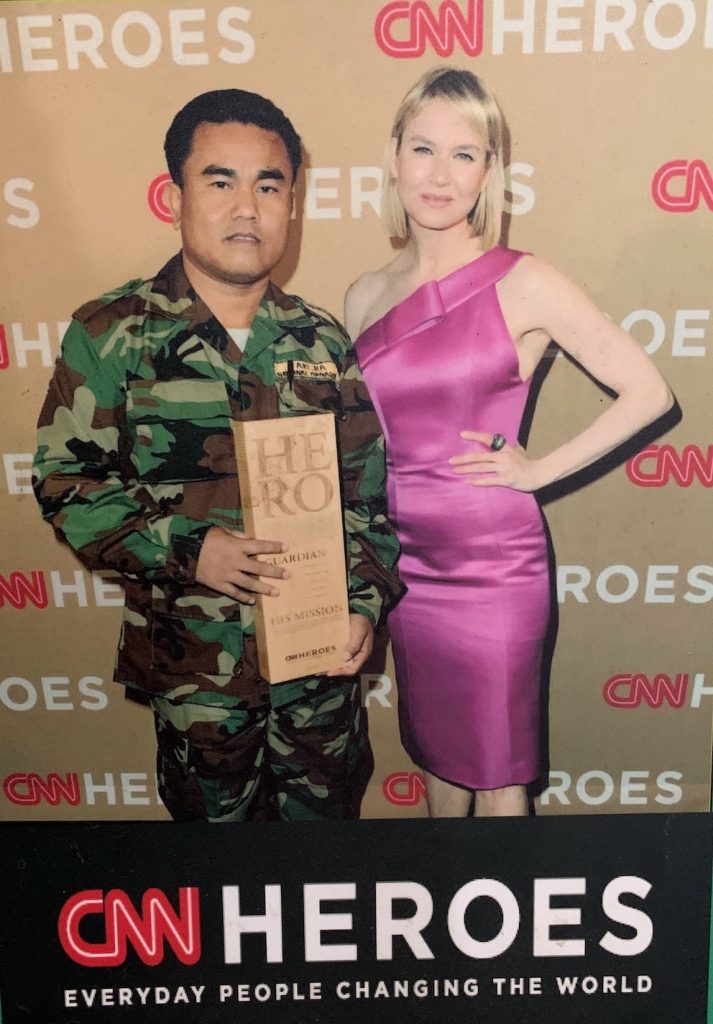 As for Aki Ra, he still clears landmines to this day as the leader of a committed team. He has received numerous accolades, both domestically and internationally, including a CNN Hero Award.

Sadly the museum temporarily closed its doors back in March due to the Coronavirus crisis. At the time of writing there is no word on when it will reopen. For more info, head to the official website. 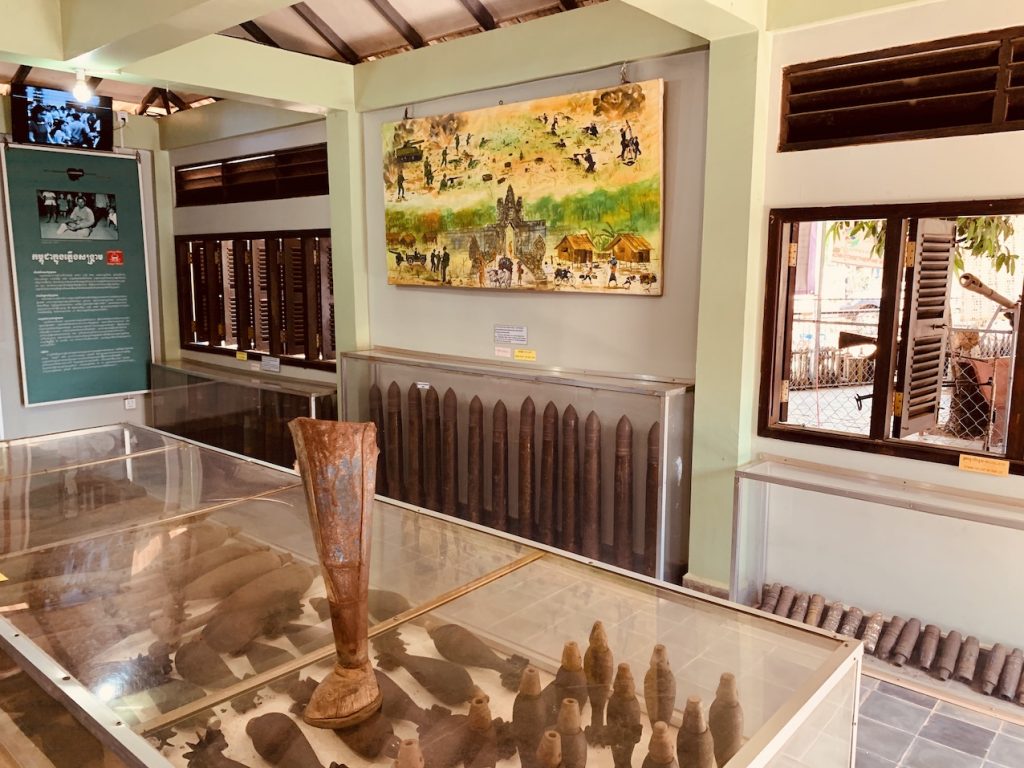