July 2002. I have exactly five photos to prove that I ever visited the Danish city of Odense. Hence this is going to be one of the shortest reports in my library. Odense was the final stop of my Danish travels in the summer of 2002. Booking a two-night stay, I managed to cross off a few cool sights. It was also here that I marked my 24th birthday strolling alone around the streets of Denmark’s third largest city. 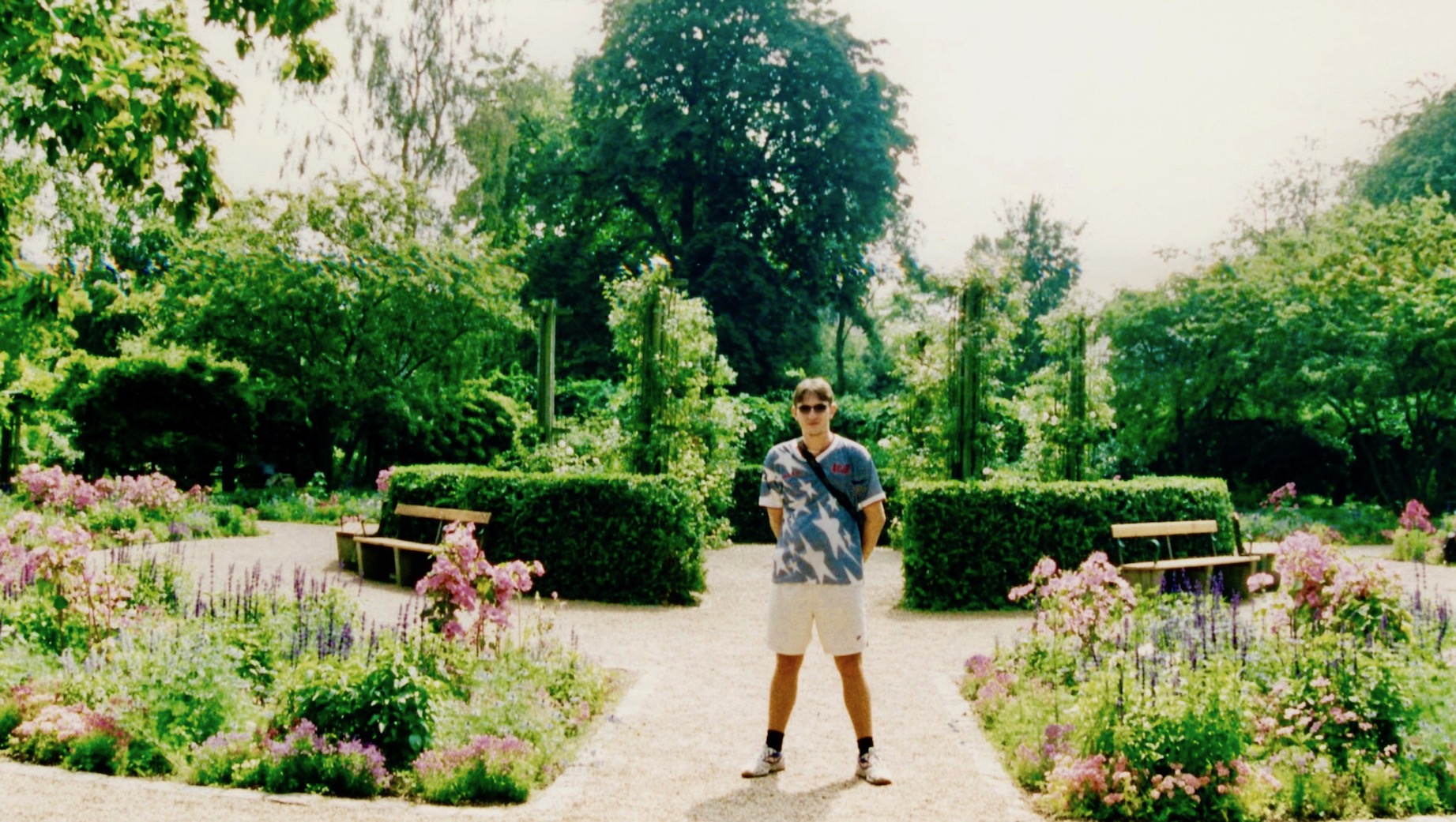 I found Odense’s prevailing vibe to be one of pure placidity. The entire place was clean, green and invitingly slow-paced. It had a pleasingly languid café culture and a number of pretty churches. As I explored, I got plenty of waves and hellos from the city’s cheerful, bike-riding locals. One photo I took came from  Munke Mosen Gardens, home to a winding river and drooping willow trees. 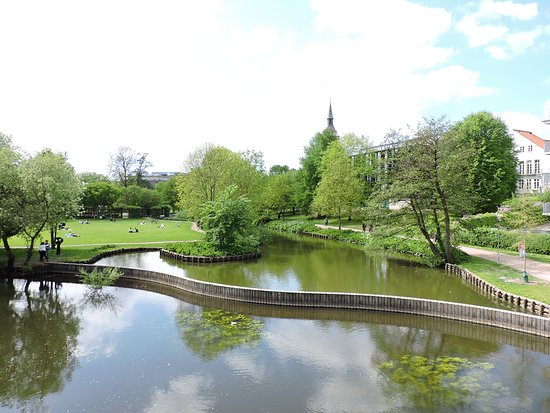 The gardens lie on the site of the former 19th century Monks Hill Factory. A local merchant by the name of Daehnefeldt donated a vast sum of money to the project and personally hired one of the city’s most talented landscape gardeners. Today the gardens host a number of city events, such as the May Workers Day holiday. For more on the park, check out this cool article from wanderersandwarriors.com. 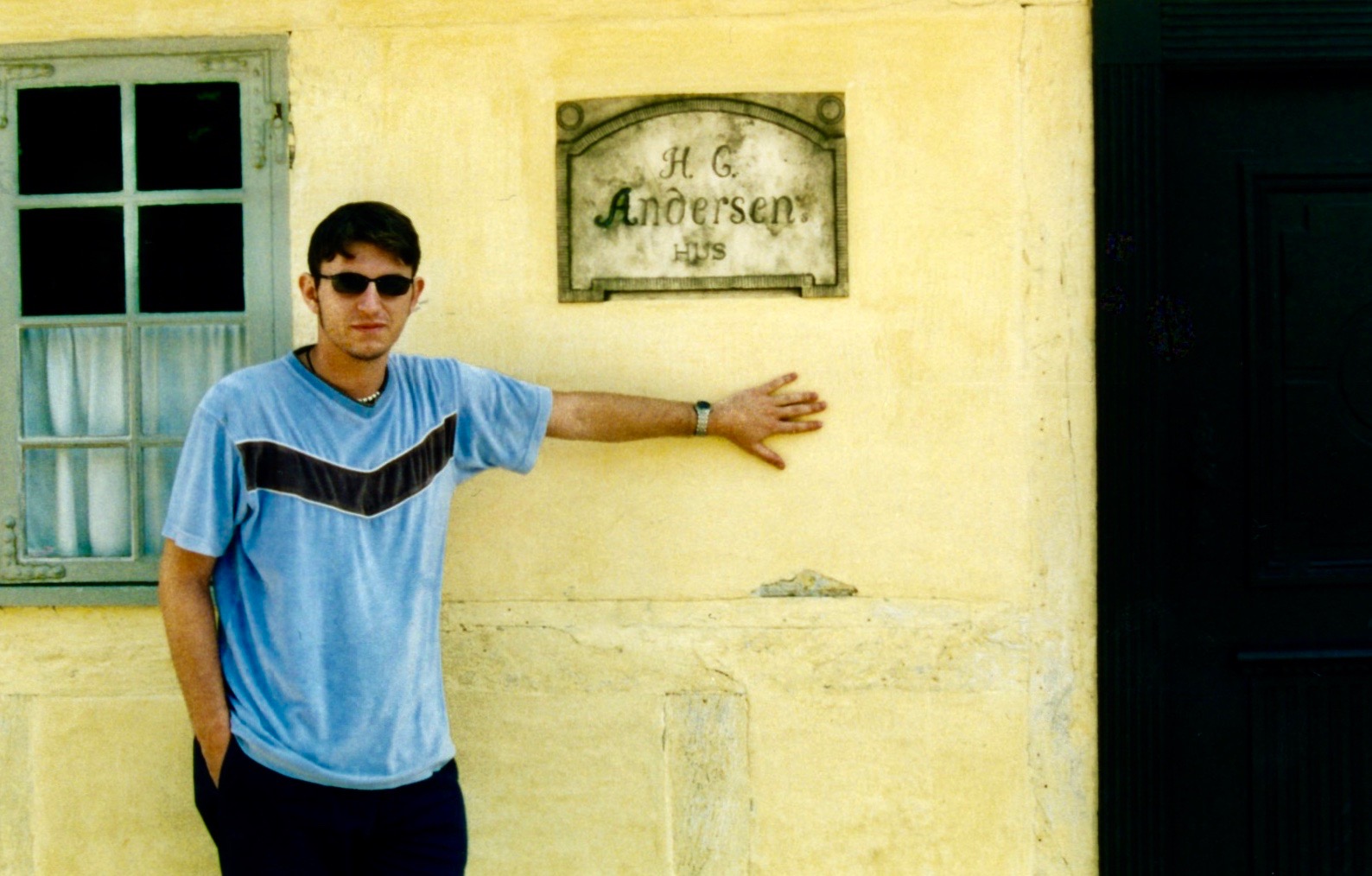 Much of the city’s tourist industry is unashamedly set around Hans Christian Andersen, Odense’s most celebrated son. This little museum, also the writer’s birthplace, is one of several HCA sights around town. Making my way through a series of creaky rooms, the great man’s colourful biography was beautifully brought to life by an extensive range of personal artefacts and diaries. 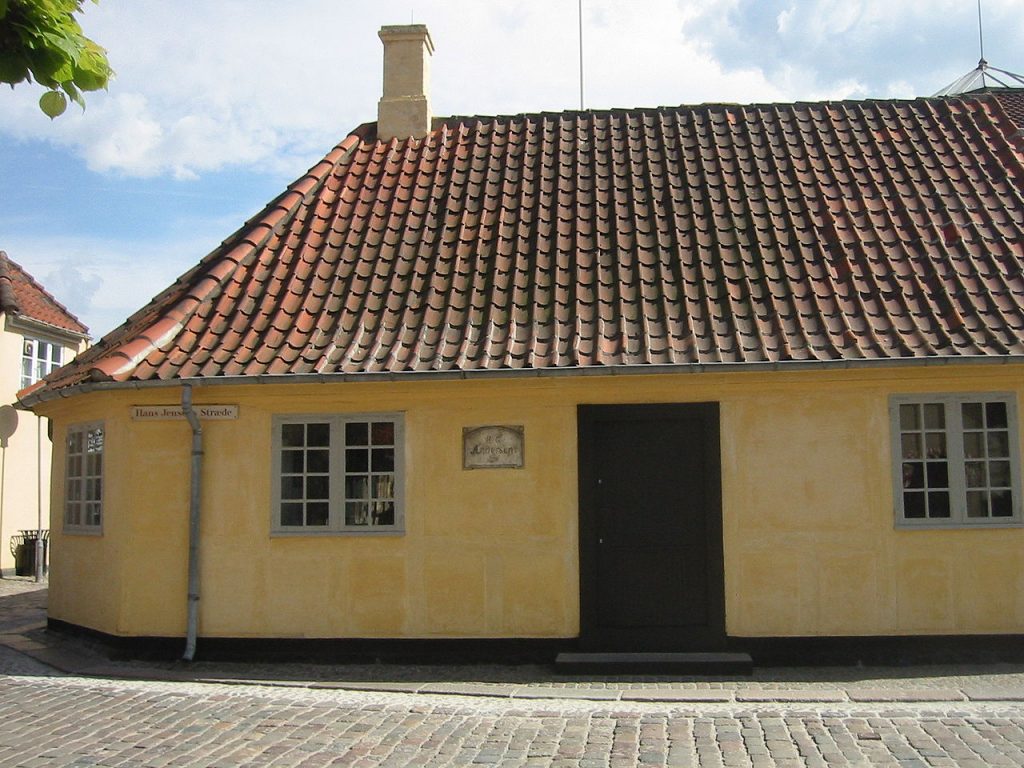 While you can still visit the house, the main exhibit has since been moved to a swanky new museum. It’s also possible to visit the great writer’s childhood home. Moreover, a brand new facility, House of Fairytales, is due to open by the end of 2020. 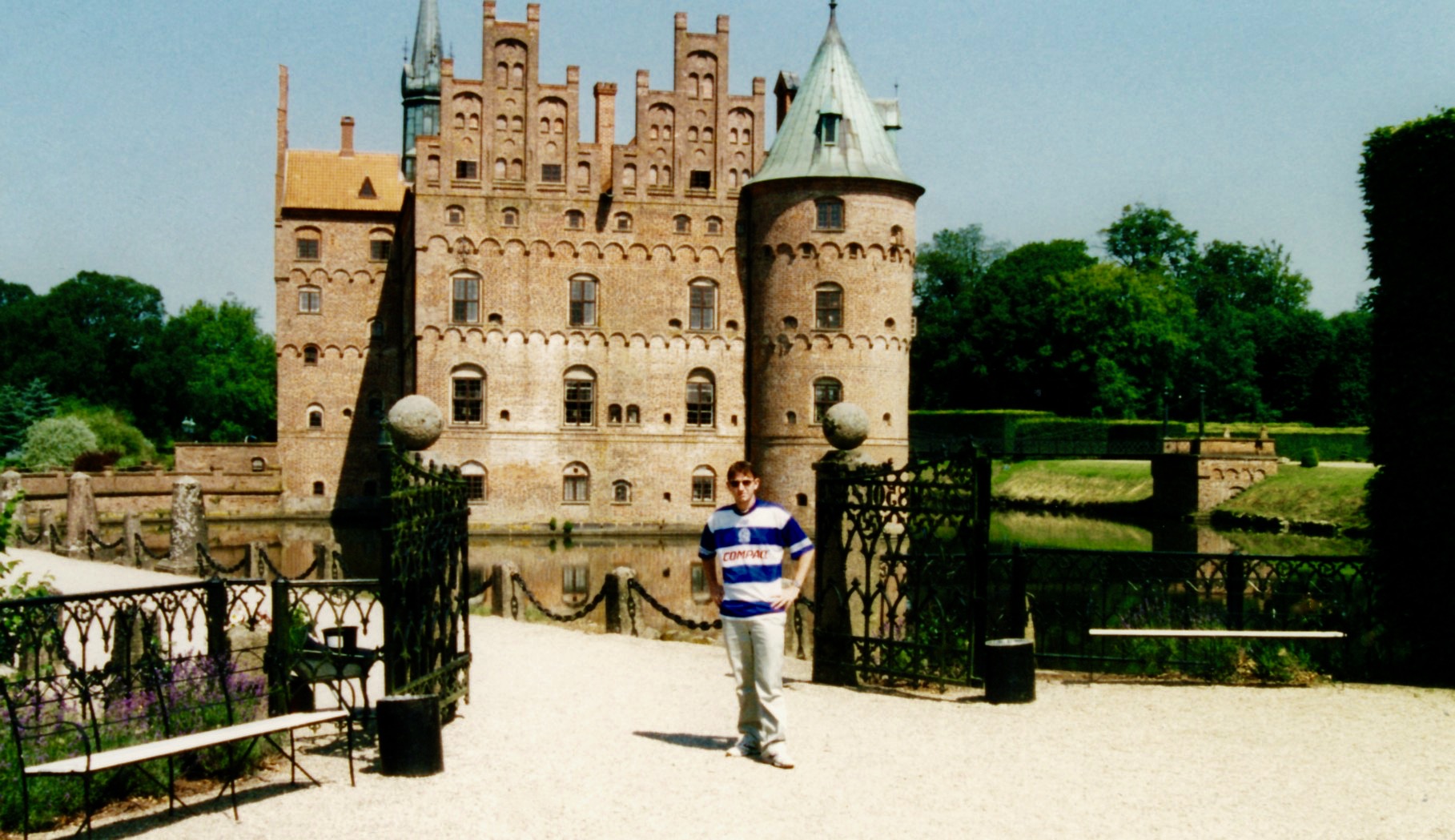 A thirty-minute bus ride from the city centre, Egeskov Slot is Europe’s best-preserved renaissance water castle. This stunning structure began life in 1554 as a private home for the Danish nobleman Frands Brockenhuus. Egeskov means oak forest in Danish, a reference to the fact that the building has an oak pile foundation. 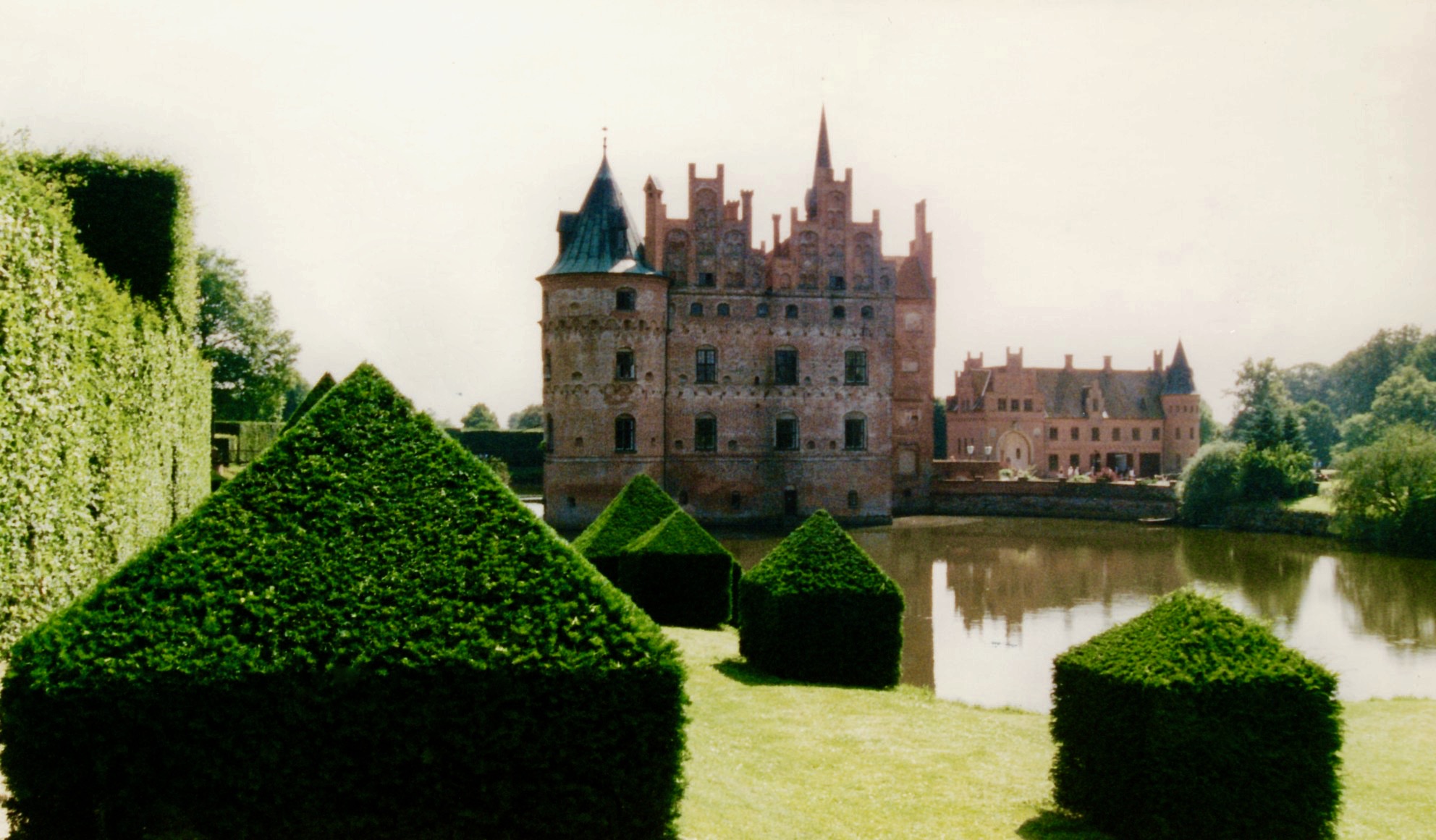 There’s a lot to see and do within the castle grounds, including a glorious network of gardens, an old smithy and a classic car and motorcycle exhibition. There’s also an art gallery and a kooky attraction called Titania’s Place, the world’s largest and most intricate doll’s house.