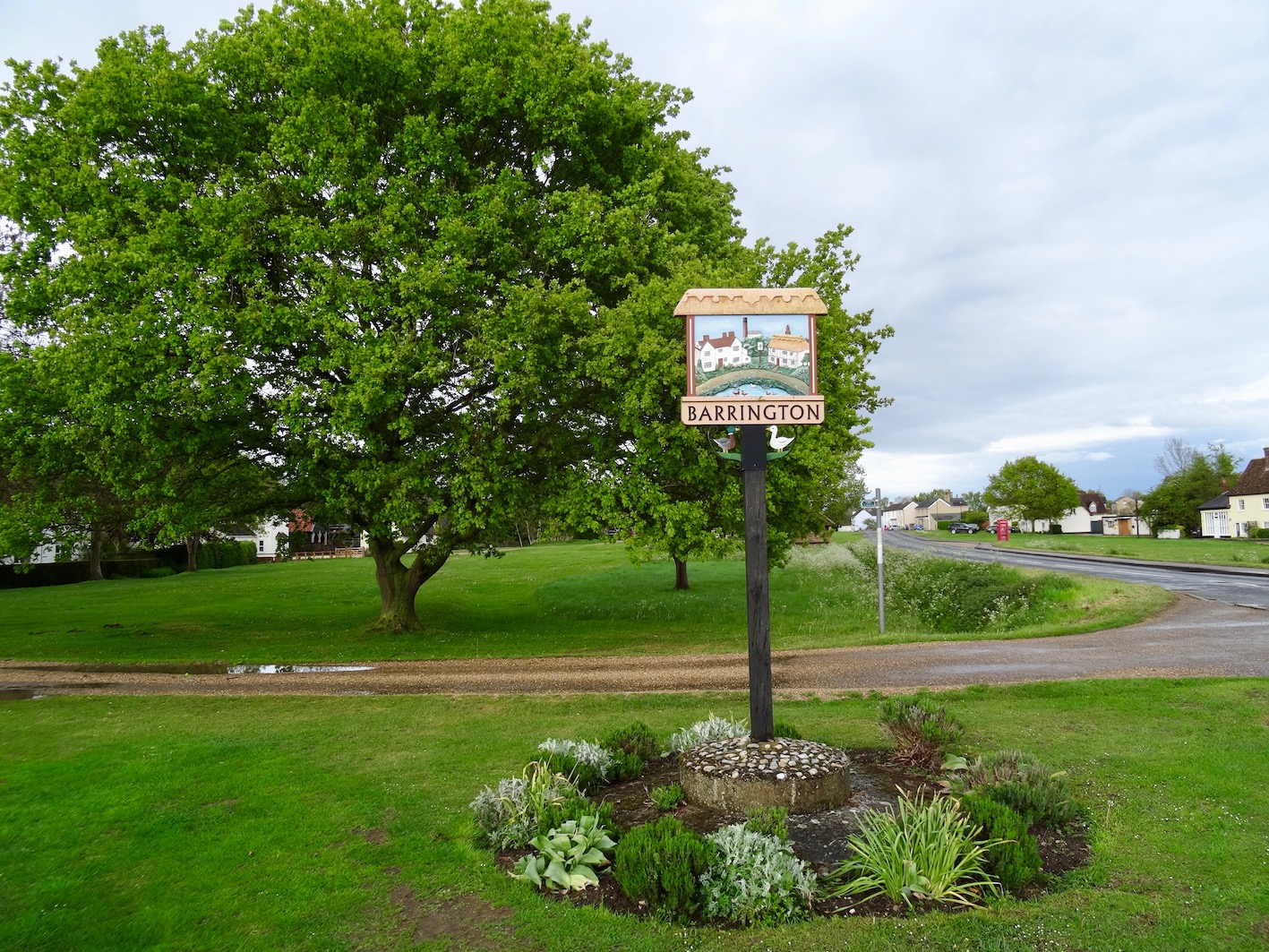 May 2019. I knew I was going to like Barrington Village the moment I started reading about it in China. I’d been dreaming about regaining a sense of lost Englishness. Of treating myself to a quintessential corner of Blighty where people walk their dogs and the air is fresh and punctuated with birdsong. Where there was a church, an olde-worlde pub and perhaps a red telephone box.

Happily, Barrington ticked all these boxes and more, In fact, I’d say this place is a living embodiment of that cult Kinks song Village Green Preservation Society. 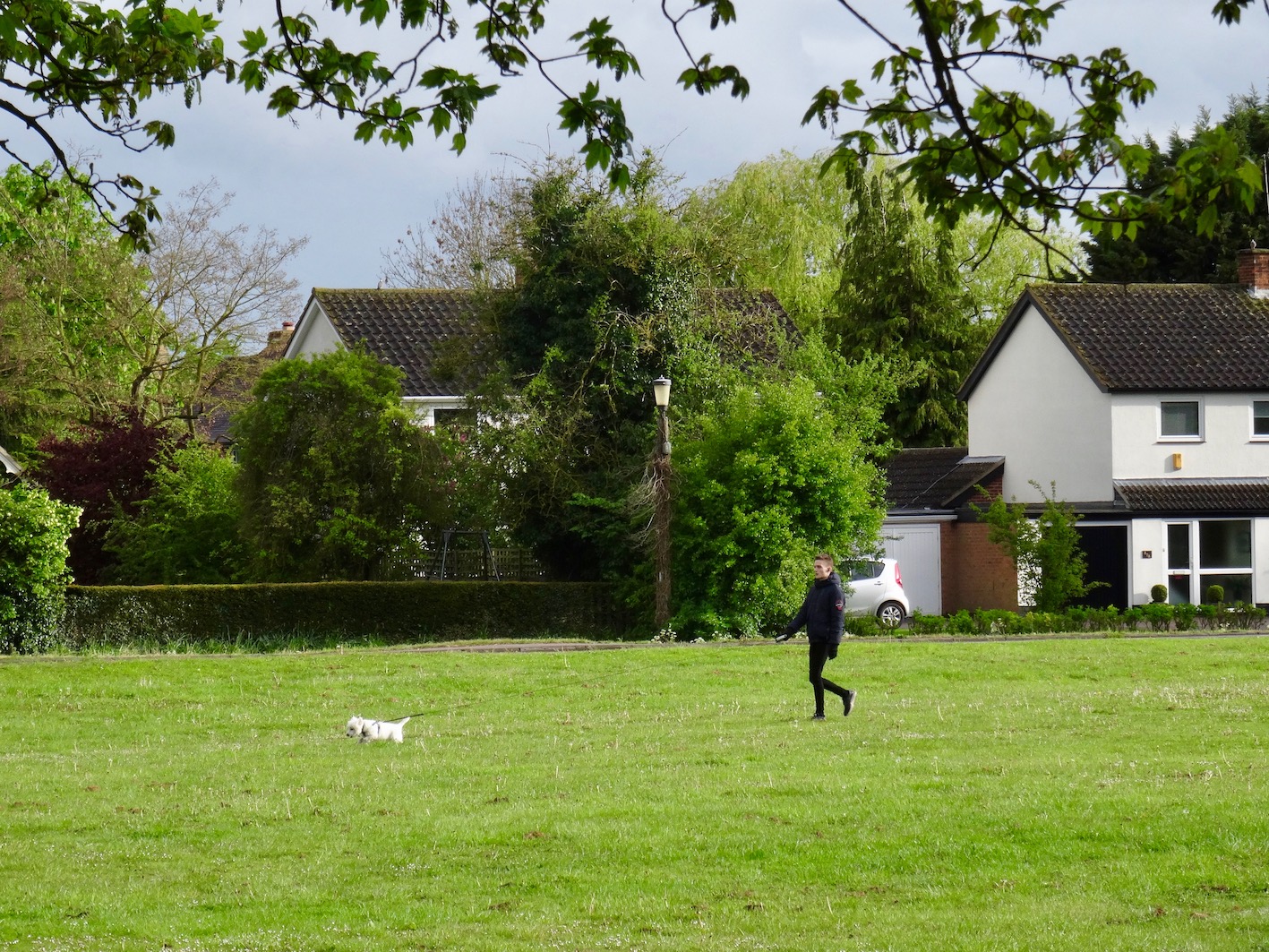 Situated eight miles southwest of the city of Cambridge, Barrington Village is home to around 830 people. One of these Barringtonians is my old buddy Irish Mike, who I met many moons ago during those crazy Bratislava days chronicled in my short story series The Slovak Files.

I hadn’t seen Mike in over six years. Hence I came to Barrington to catch up with him and experience what he describes as his “one horse village”. That first evening, while Mike and his wife were getting the little one ready for bed, I decided to head out to see Barrington’s village green. One of the longest village greens in England don’t you know. 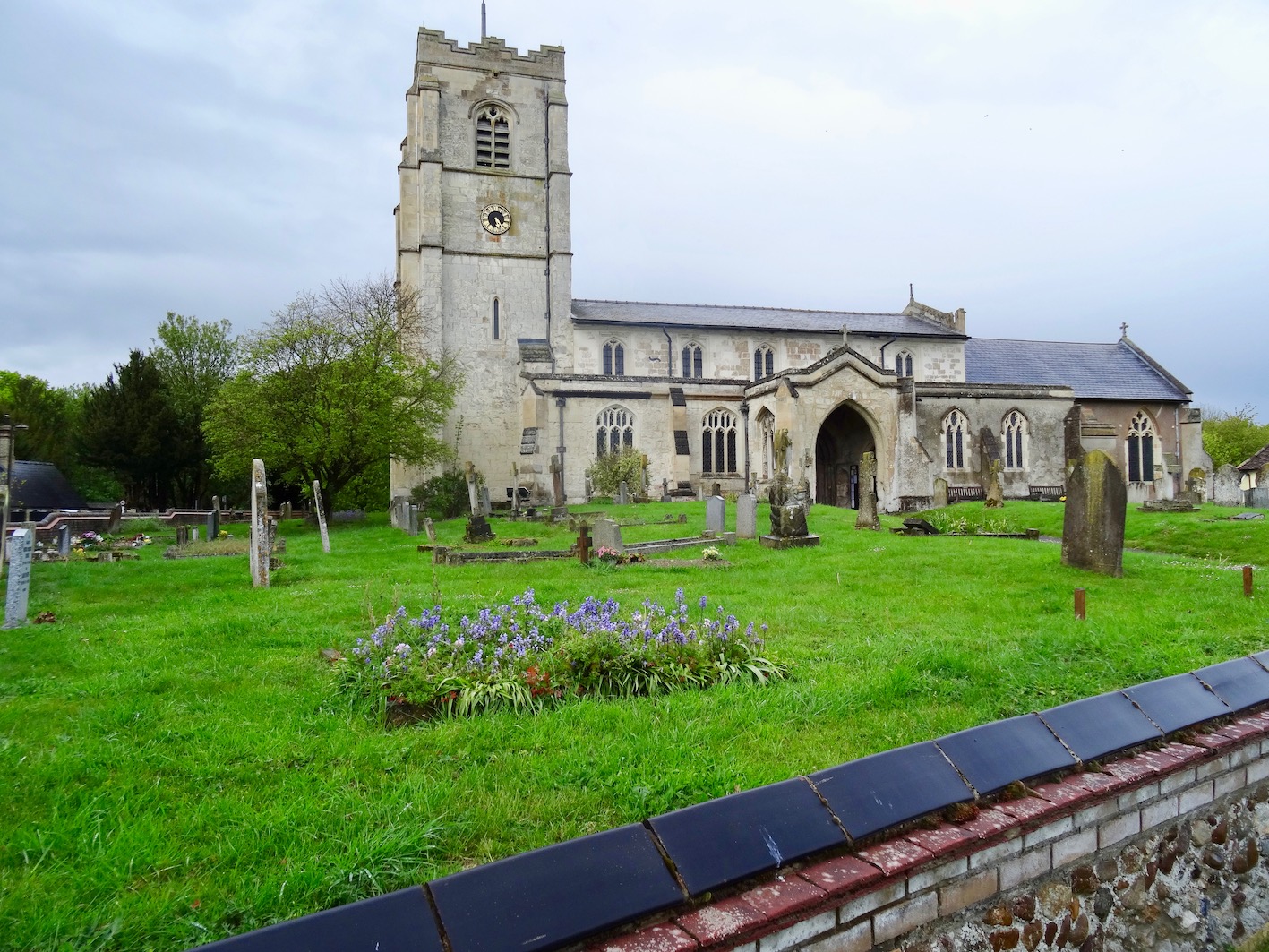 Barrington’s pretty All Saints Church is worth popping your head into. As I strolled inside, I was half expecting to bump into Dawn French. Instead, I found myself greeted by Sylvia Scott, the church warden. She was in the process of locking up for the day, but was happy to hang about for five minutes while I had a nose around. 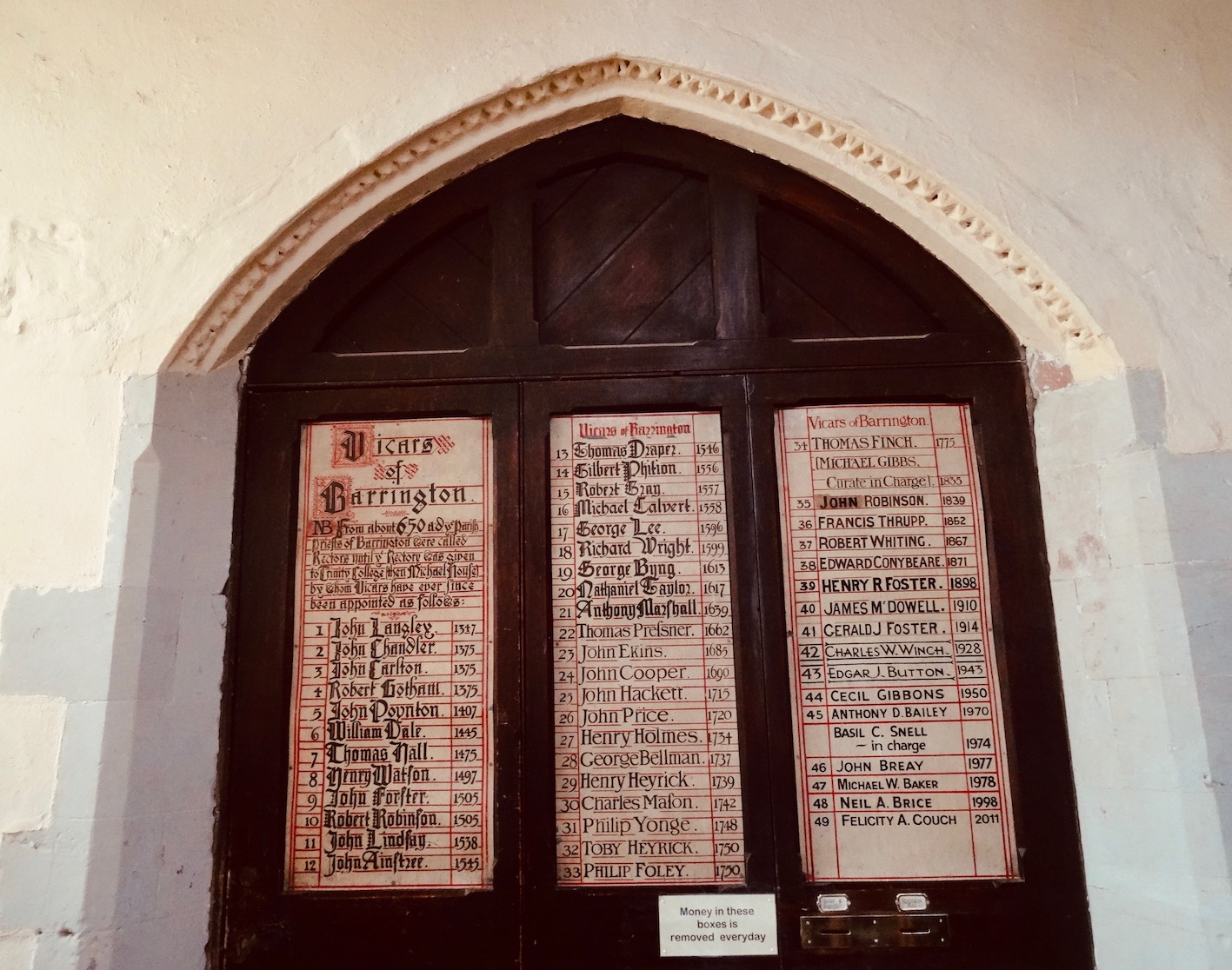 The vicars of Barrington Village, All Saints Church.

Sylvia was kind enough to point me towards the church hall of fame, which lists all the vicars who’ve served here. There are some amazing names to enjoy, including the likes of Edgar J. Button and Edward Conybeare. Elsewhere, John Langley was the church’s original vicar, serving from 1347 to 1375. 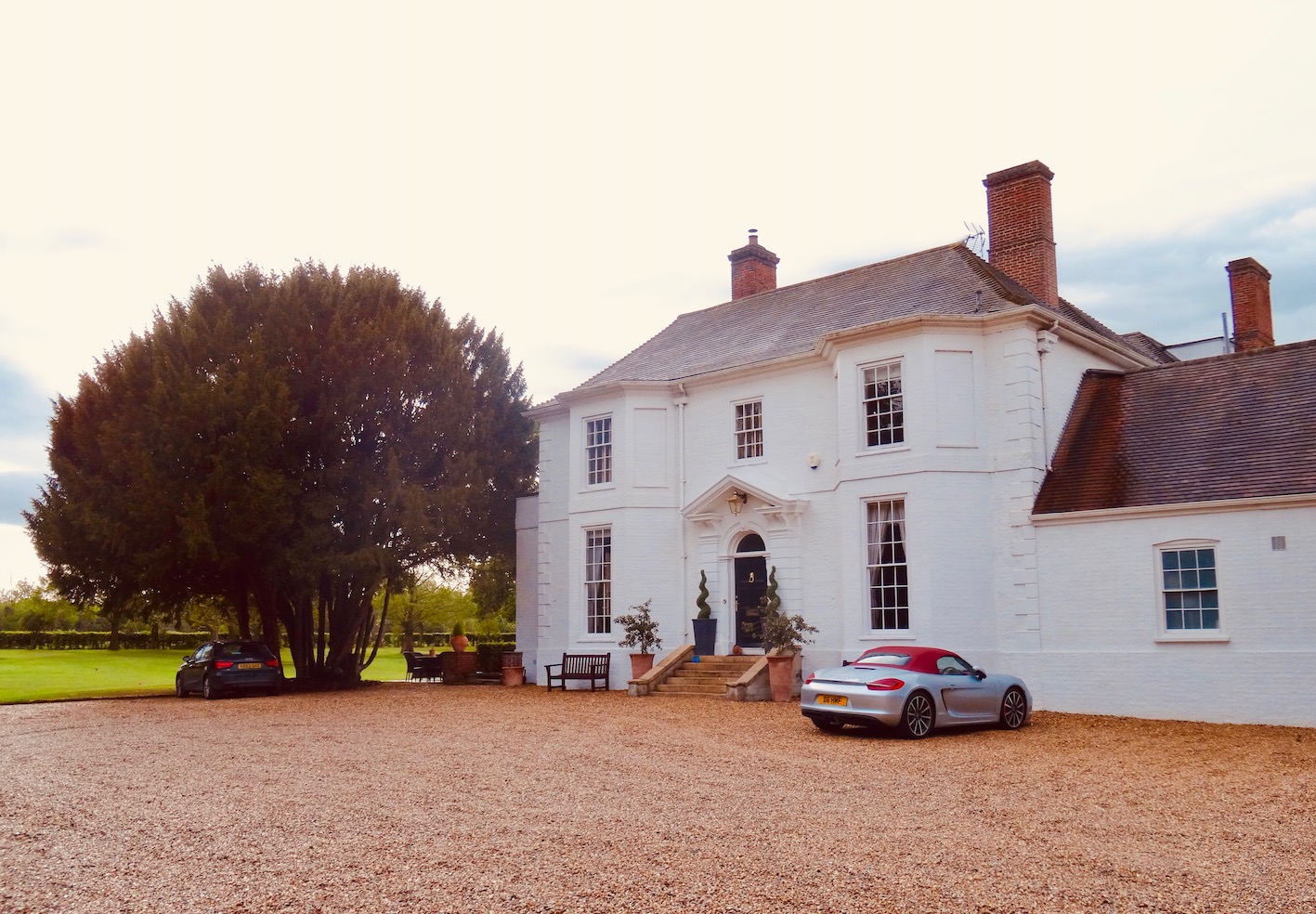 Just across the road from All Saints Church you’ll find Barrington Hall. It’s a grand country house wedding venue set among dotted woodland and immaculate lawns. The entrance gate was open and there weren’t any security signs.

Thus I headed in to get an exterior shot. Unfortunately, the owner was a bit snooty, giving me the old private property line. So I made my apologies and promptly scarpered to the soundtrack of her even less friendly dog. 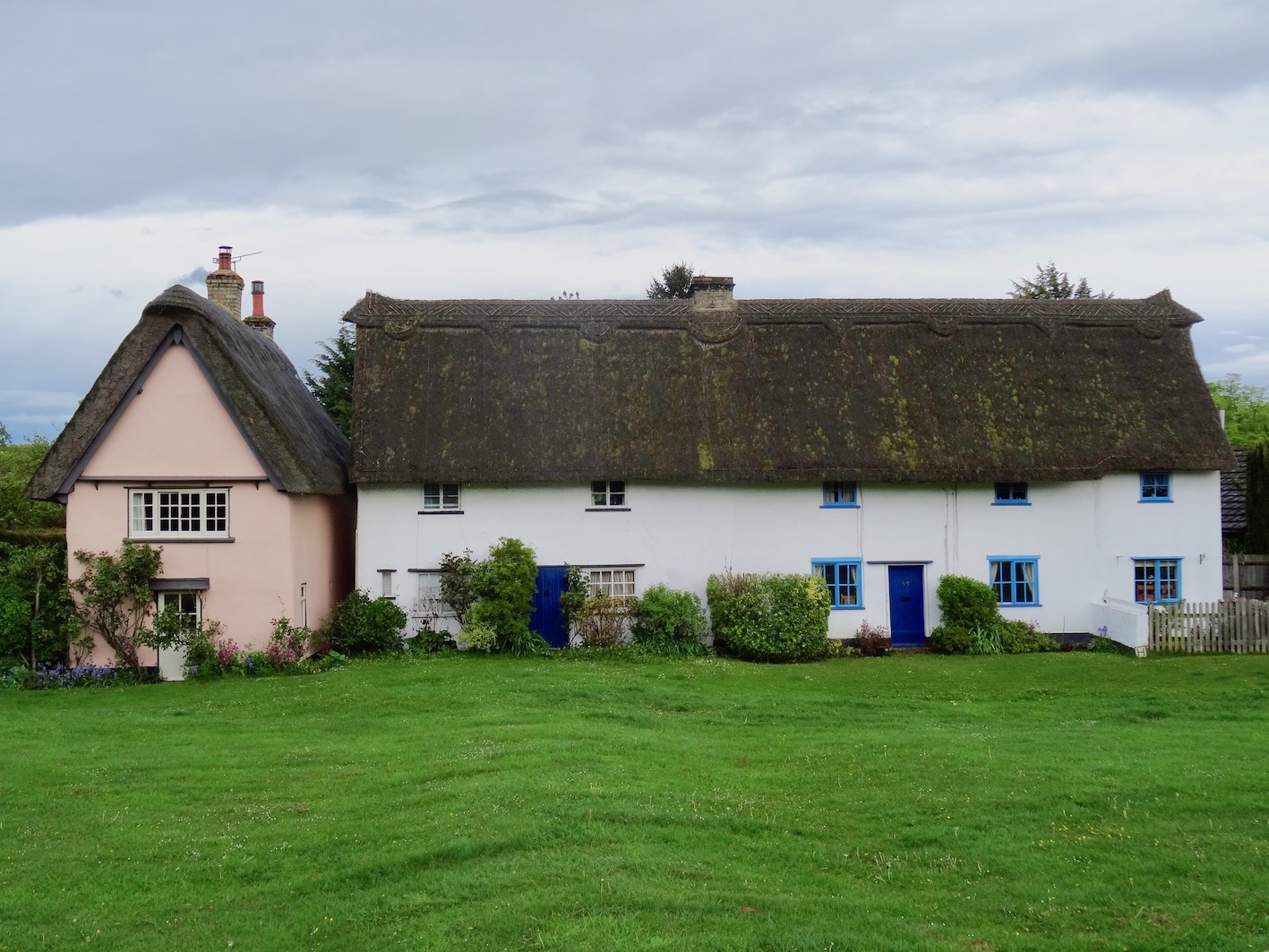 From there I made my way through the village’s main street admiring the fairytale thatched cottages. Absolutely gorgeous, and yes, they certainly succeeded in stirring my dormant sense of patriotism. 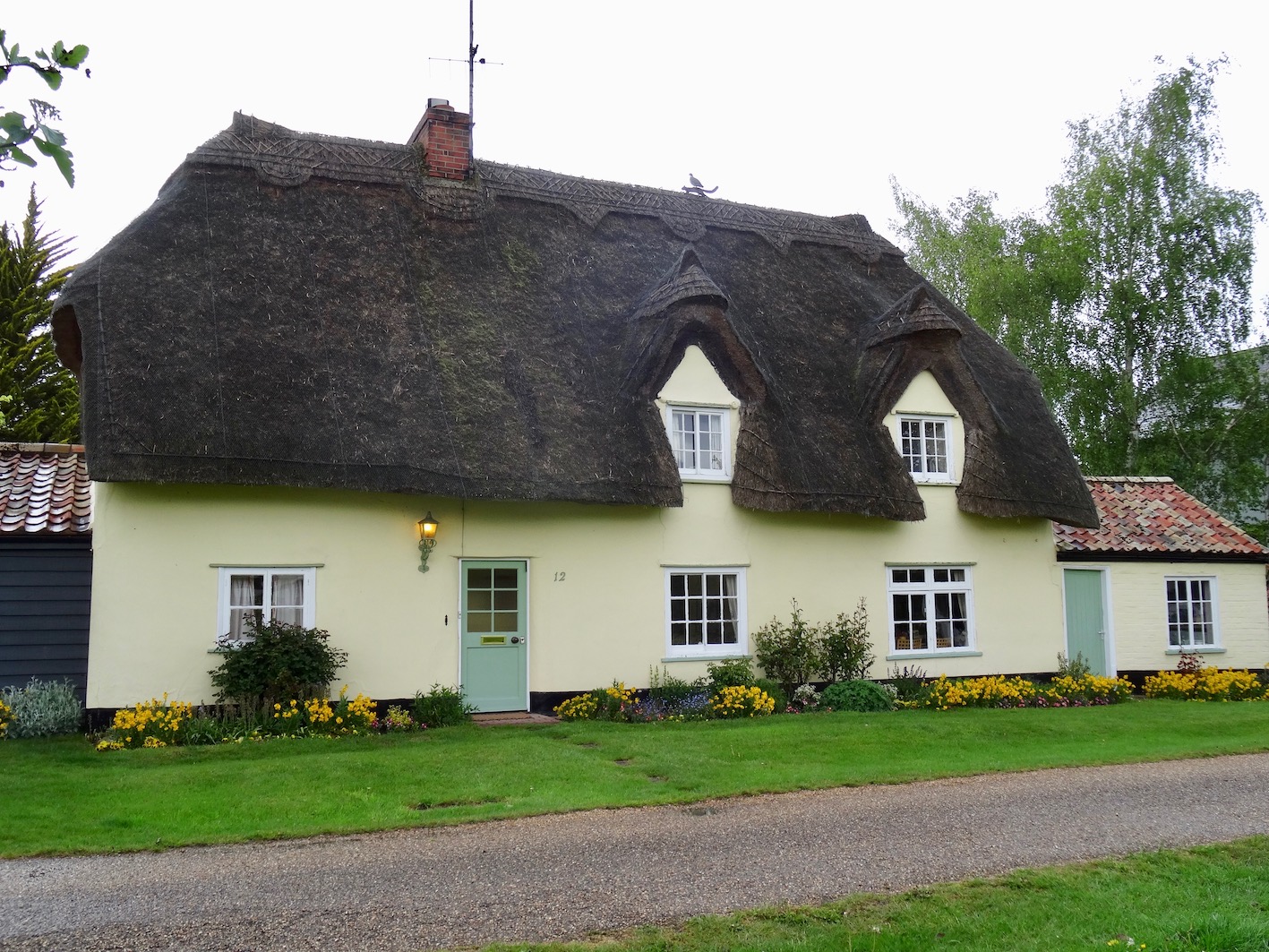 I suspect The Kinks would have approved of Barrington’s cottages as much as I did. You know, “Desperate Dan, Vaudeville, Strawberry Jam” and all that. Some of these babies are valued at over a million pounds. Moreover, maintaining the roofs is exceptionally costly and time consuming. 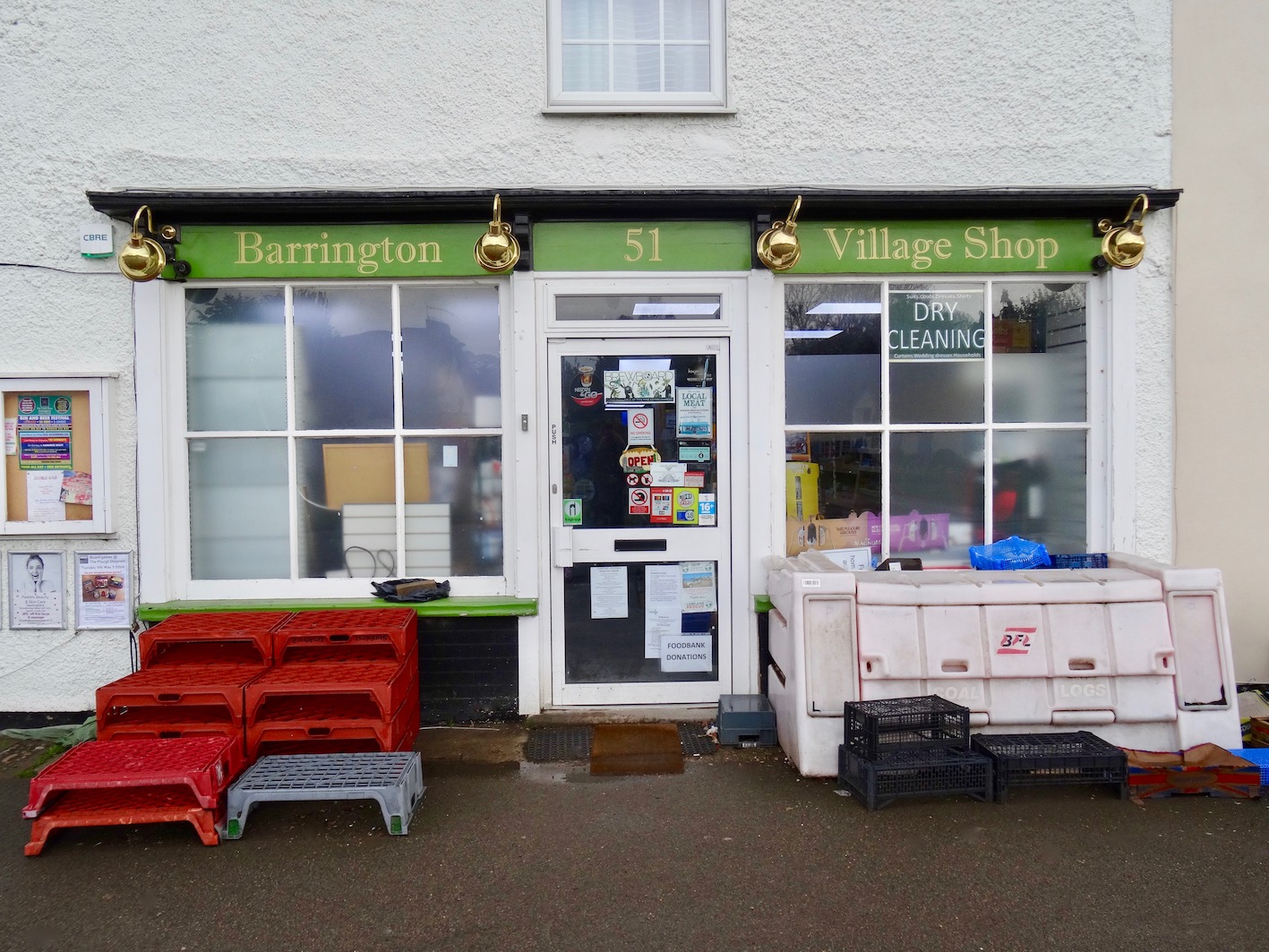 Barrington has a village shop run by an Indian family. Open seven days a week, they do locally sourced meat, fruit and veg and the place also doubles up as a post office. I ducked inside to treat myself to a chocolate bar. Something I hadn’t been able to get hold of in China. The winners? A Cadbury’s Creme Egg and a Ripple. So, so good. 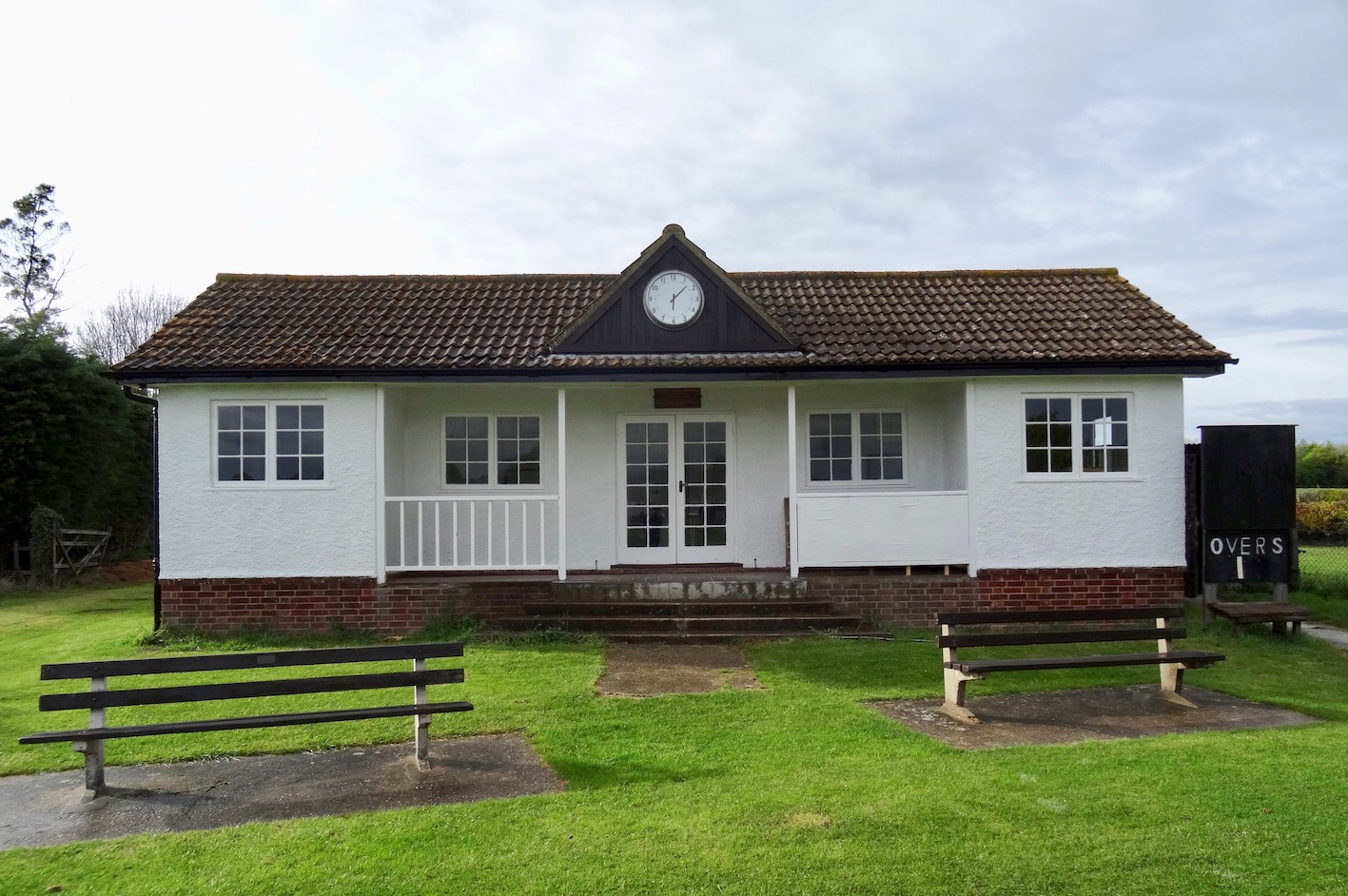 At the heart of the village lies Barrington Cricket Club, which dates back to 1889. The modest but delightfully quaint George Miller Pavilion was added in 1957. 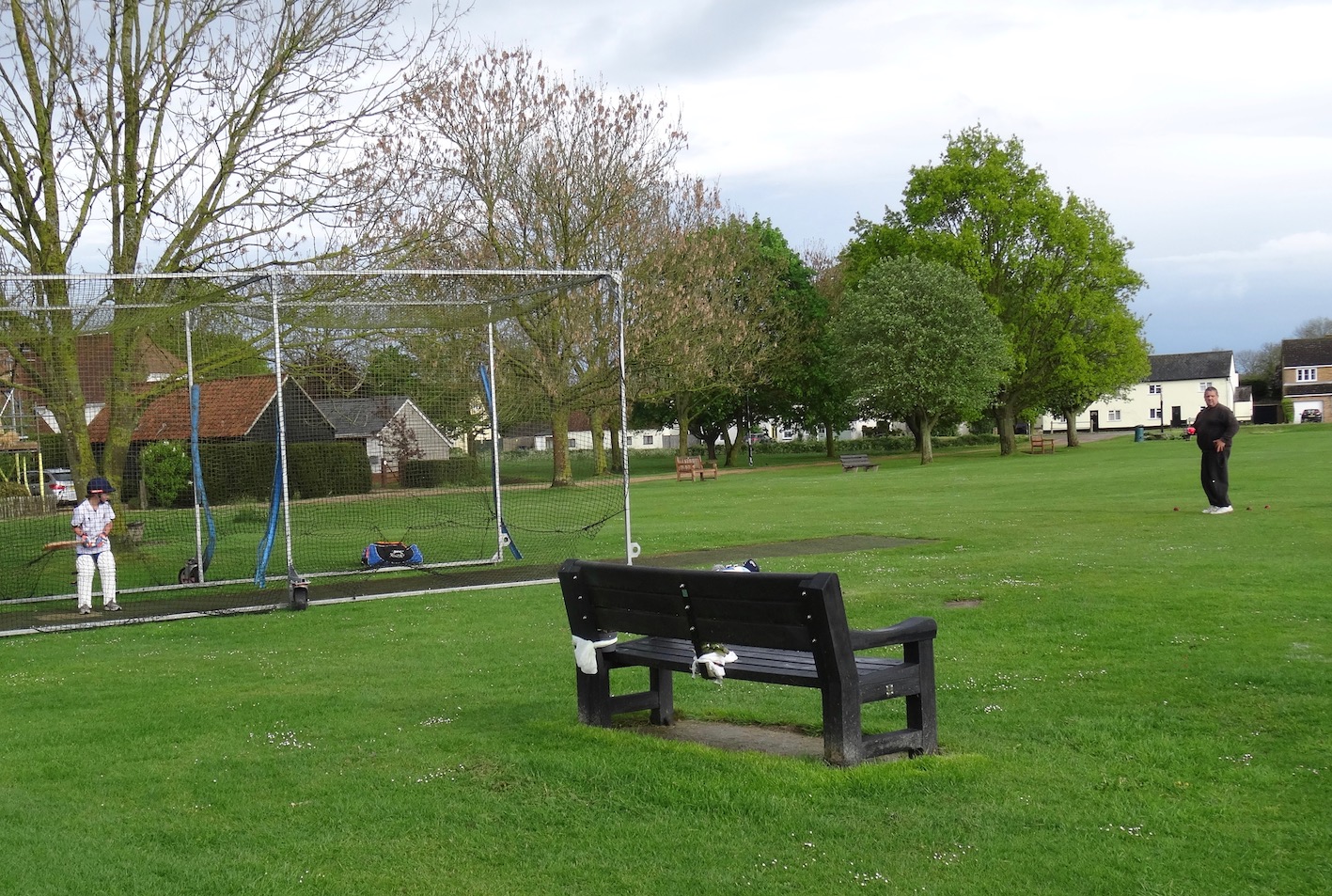 The Cricket Club was a hive of activity that day! Firstly, I witnessed a father and son practicing just across from the pavilion. Both of whom gave me a wave and a nod as I passed. The man definitely had a “you ain’t from around these parts, are ya?'” look in his eyes. 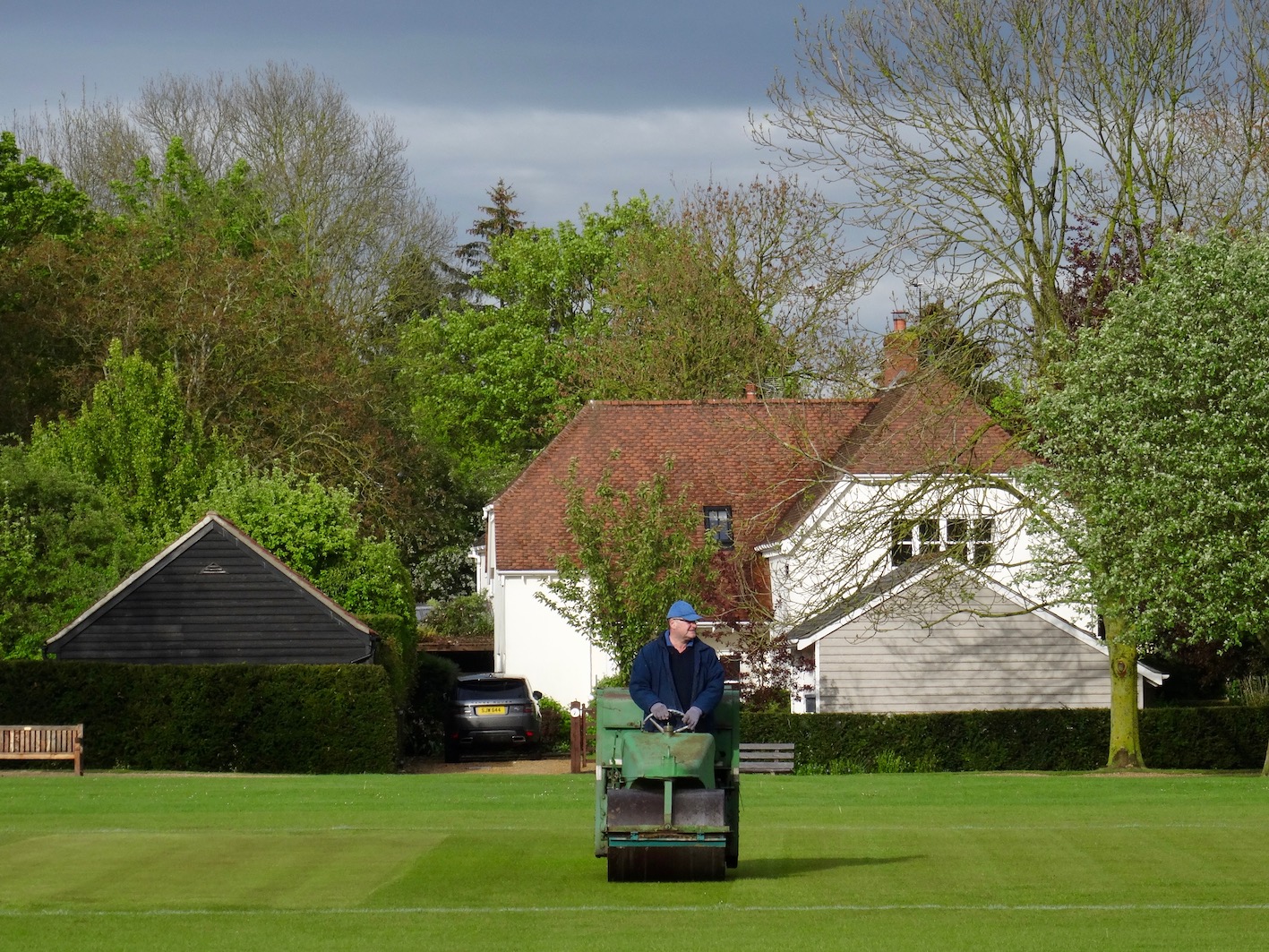 God Save The Village Green!

I also saw a lone greenkeeper giving the grass a trim. It was all so overwhelming I decided to drop down on one of the wooden benches and catch my breath. This is exactly what I was dreaming of back in the chaotic Chinese city I’d been living in. 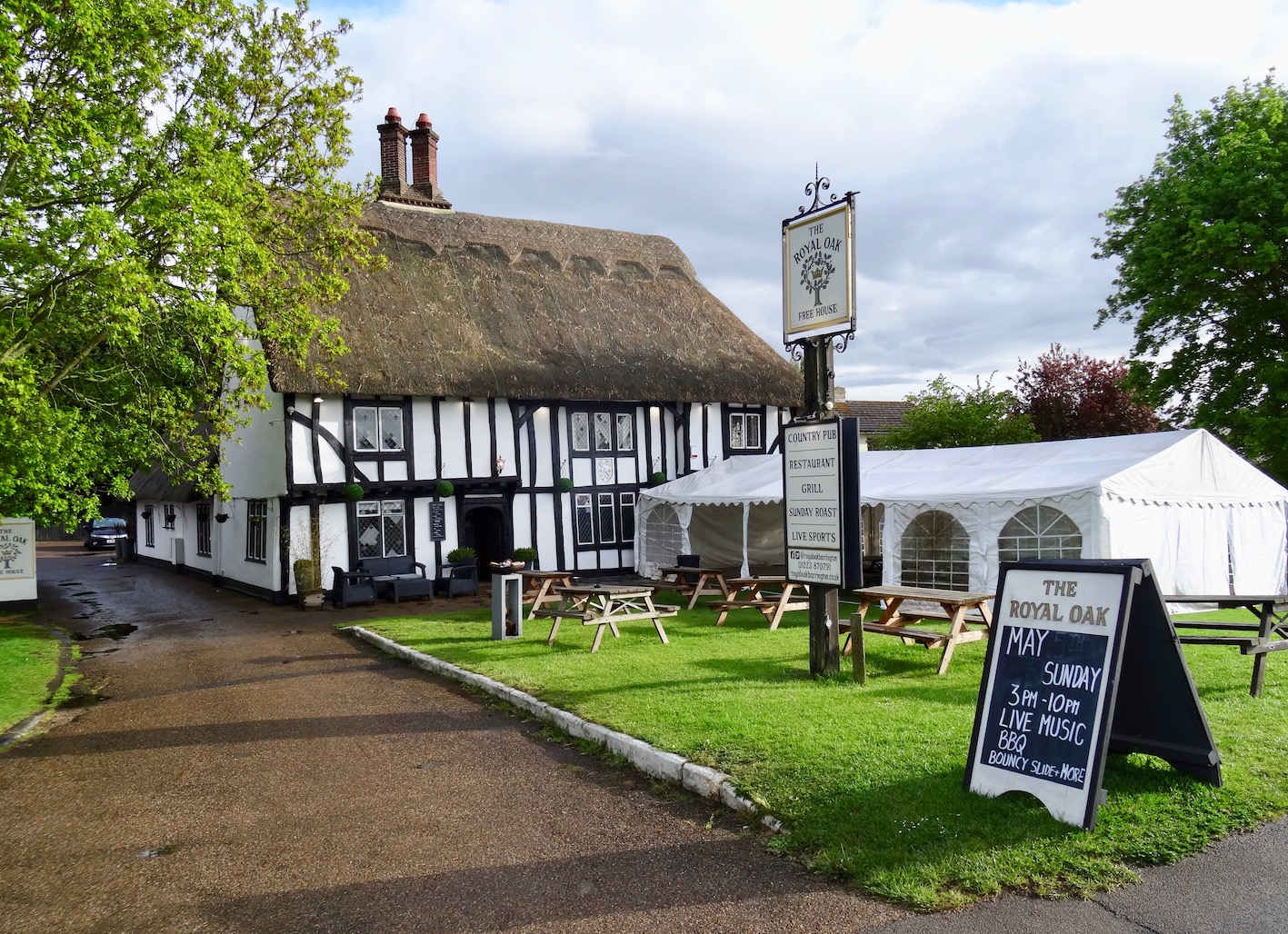 Had there not been a home cooked dinner to return to, I would’ve almost certainly popped into Barrington’s lone pub, The Royal Oak. Dating back to the 16th century, this is another thatched roof delight with a Tudor design.

A great spot for a bite and a drink, although not the best football watching pub, according to a few off-the-record sources. As a result, Mike and I drove out to the nearby village of Haslingfield that evening to watch Tottenham’s epic Champions league comeback against Ajax. 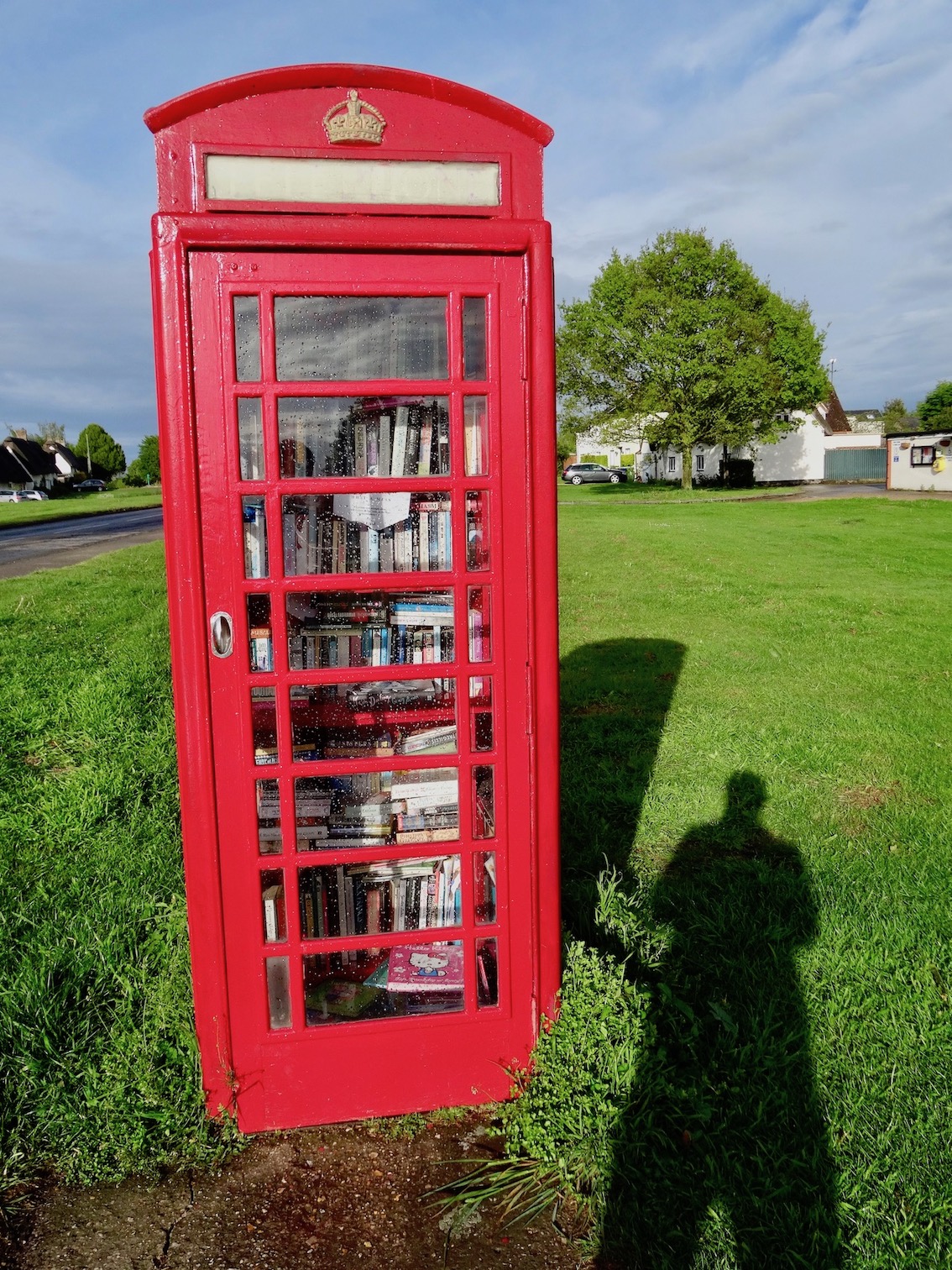 On my way back to Mike’s, I finally got the red telephone box I’d been hoping for. Even better, the locals have converted it into Barrington’s unofficial library. In fact, they’ve stuffed it with books of all kinds, including thrillers, cheesy romance novels, kids pop-up adventures and biographies. A simply wonderful local resource!

Like this? Check out more of my pieces from around Cambridgeshire.