February 2015. Many Koreans consider Haeundae Beach the prettier of Busan’s two urban beaches. Moreover, do some online digging and you’ll find plenty of platitudes along the lines of “The most gorgeous beach in South Korea”.

My own Haeundae experience came on a grey, chilly February weekday morning. While it’s safe to say I didn’t see the place at its shimmering best, Haeundae still charmed me with quiet sands and a moody sky. At the end of the day, I’m happy I saw it like this, rather than in the crowded and chaotic summer months. 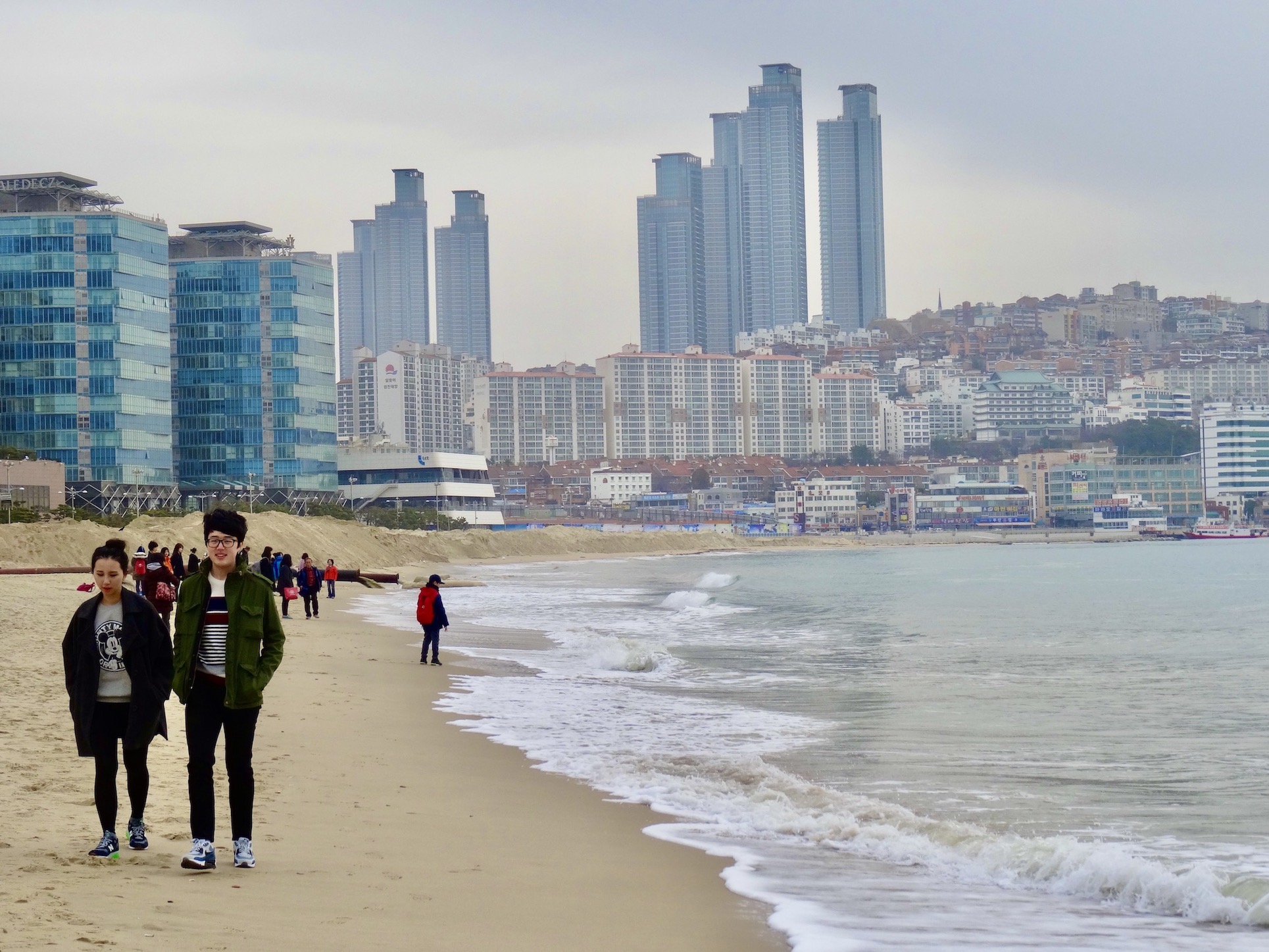 I was well wrapped up that day as I negotiated Haeundae’s 1.5 km stretch. Strolling couples said hello as I passed, while a father and his toddler son threw stones into the sea. Elsewhere, a few joggers puffed by on a morning run. It was all very pleasant.

In the distance, I spied numerous fancy hotels overlooking the beach. Actually, the district has become one of South Korea’s most expensive real estate hotspots. This includes several commercial skyscrapers and dozens of luxury residential complexes, such as the obscenely expensive Marine City. 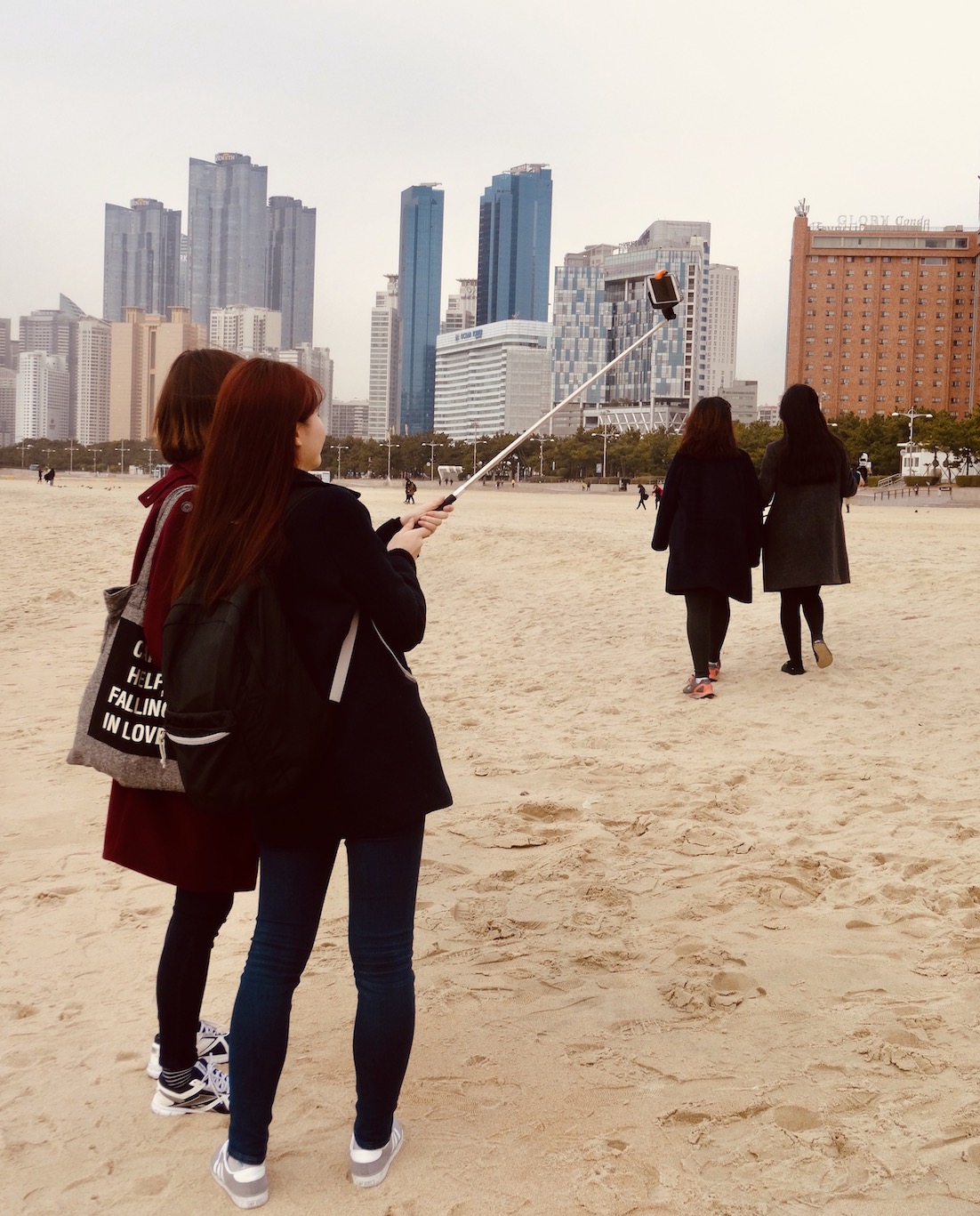 I also remember that afternoon as a seemingly endless parade of selfie taking. The selfie stick is king in South Korea, with just about every other person waving one around. 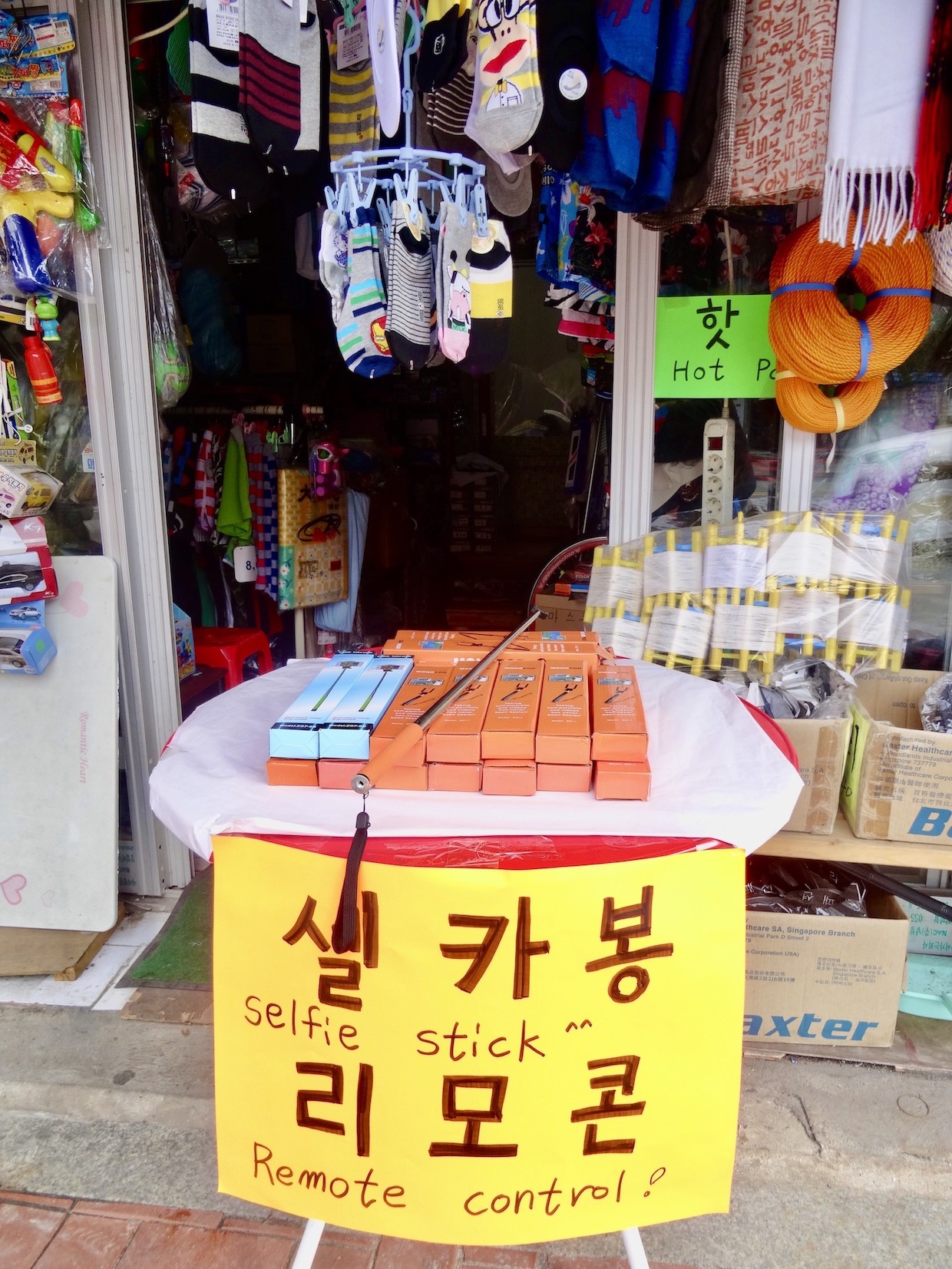 In fact, there are a number of stores selling selfie sticks around the beach. 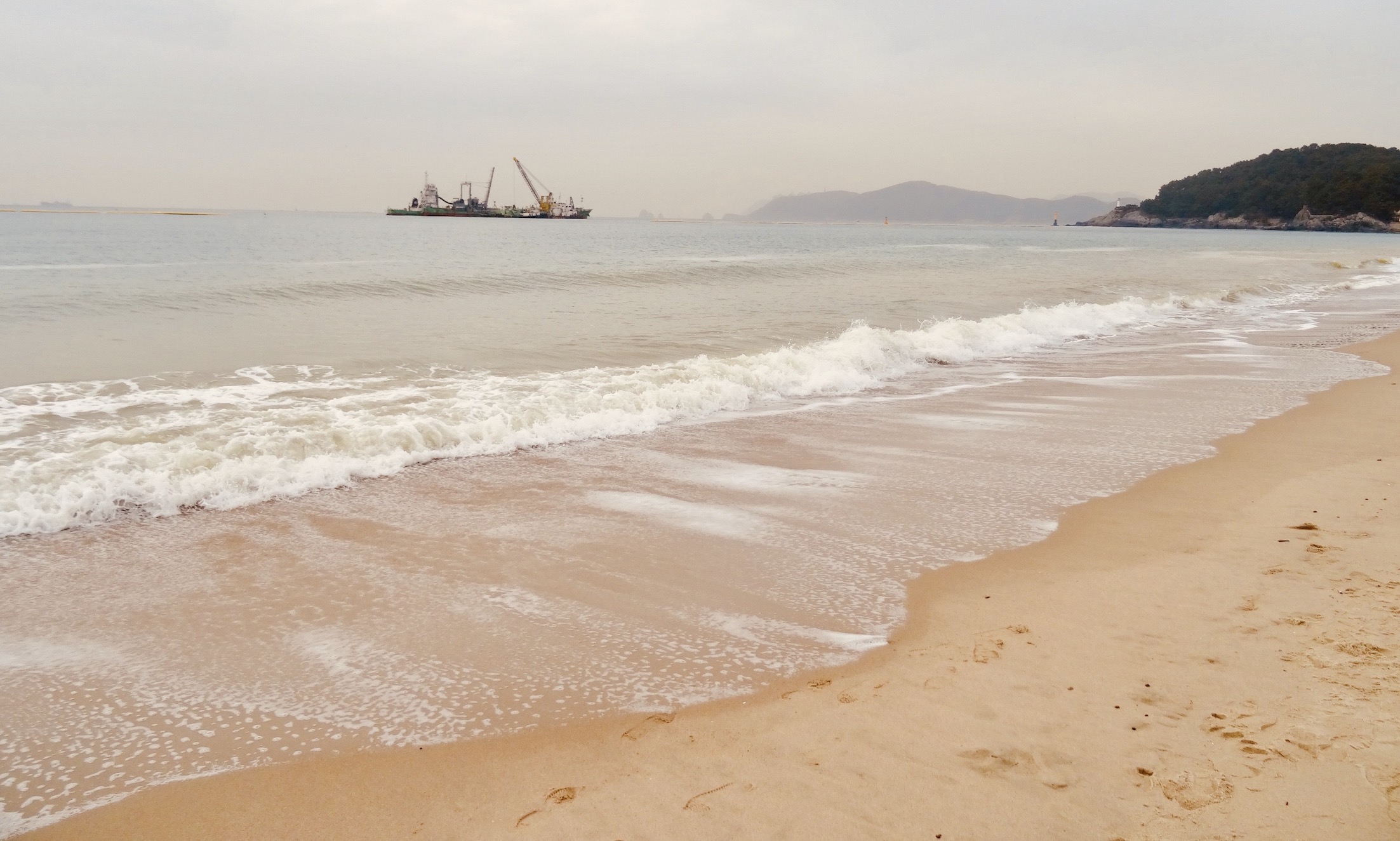 Haeundae hosts a number of festivals throughout the year. Unfortunately, I had just missed an amusing event called Polar Bear Club. Celebrated annually since 1988, the festival sees local participants race across the beach before jumping into the icy waters for a swim. 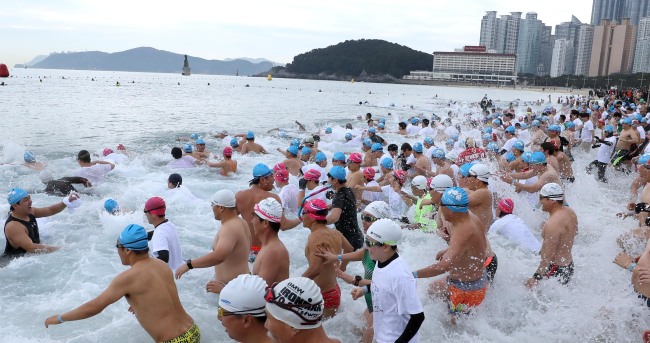 Photo courtesy of The Korea Herald.

Apparently, there’s a special prize for whoever stays in the sea the longest. I’d certainly have no chance of picking up the top prize. 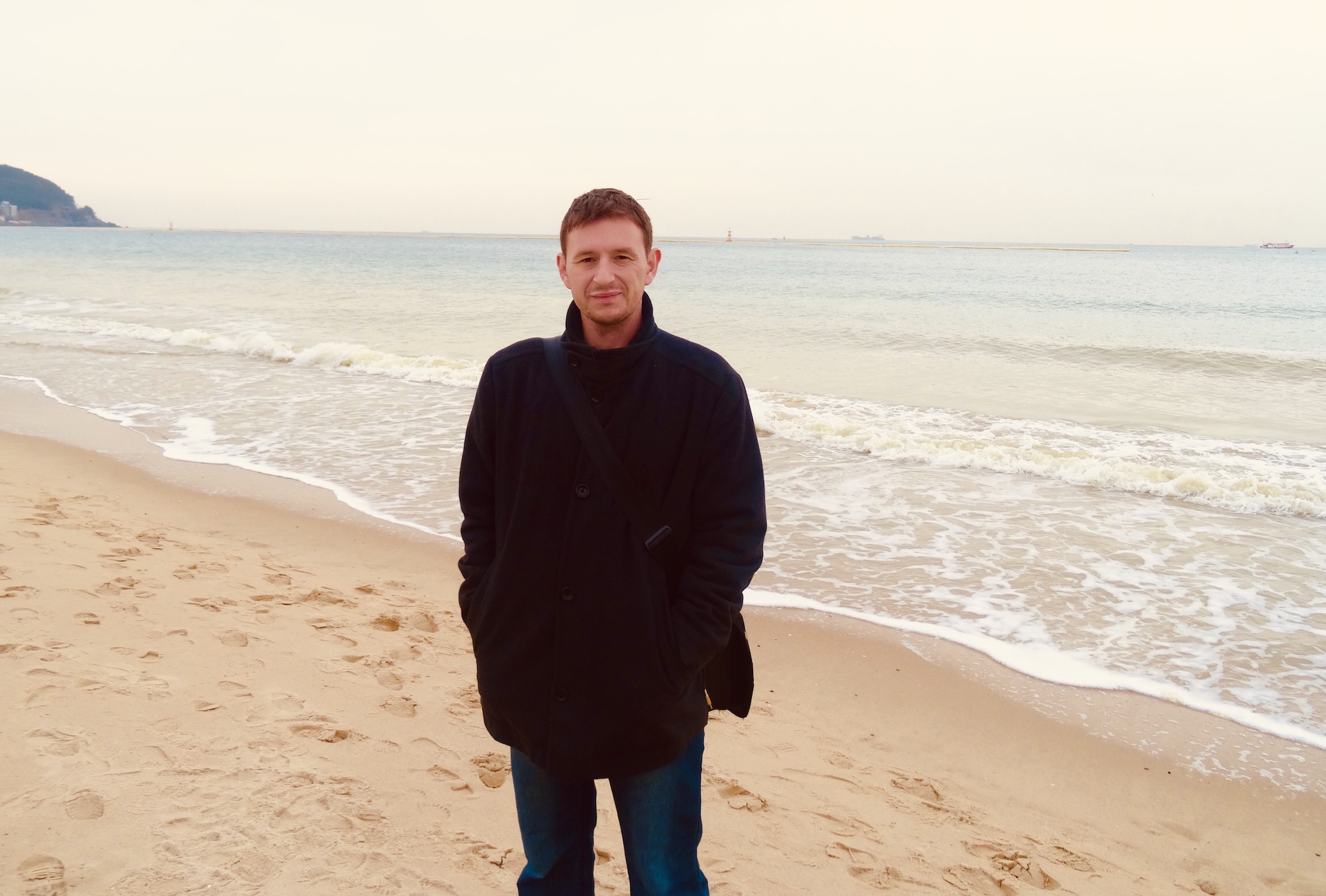 Haeundae has popped up in a bunch of movies and TV shows. The most notable of these is Tidal Wave, a 2009 blockbuster that sees a vicious tsunami hit Busan’s Haeundae district head on! Is it any good? An IMDB rating of 5.6 suggests no. 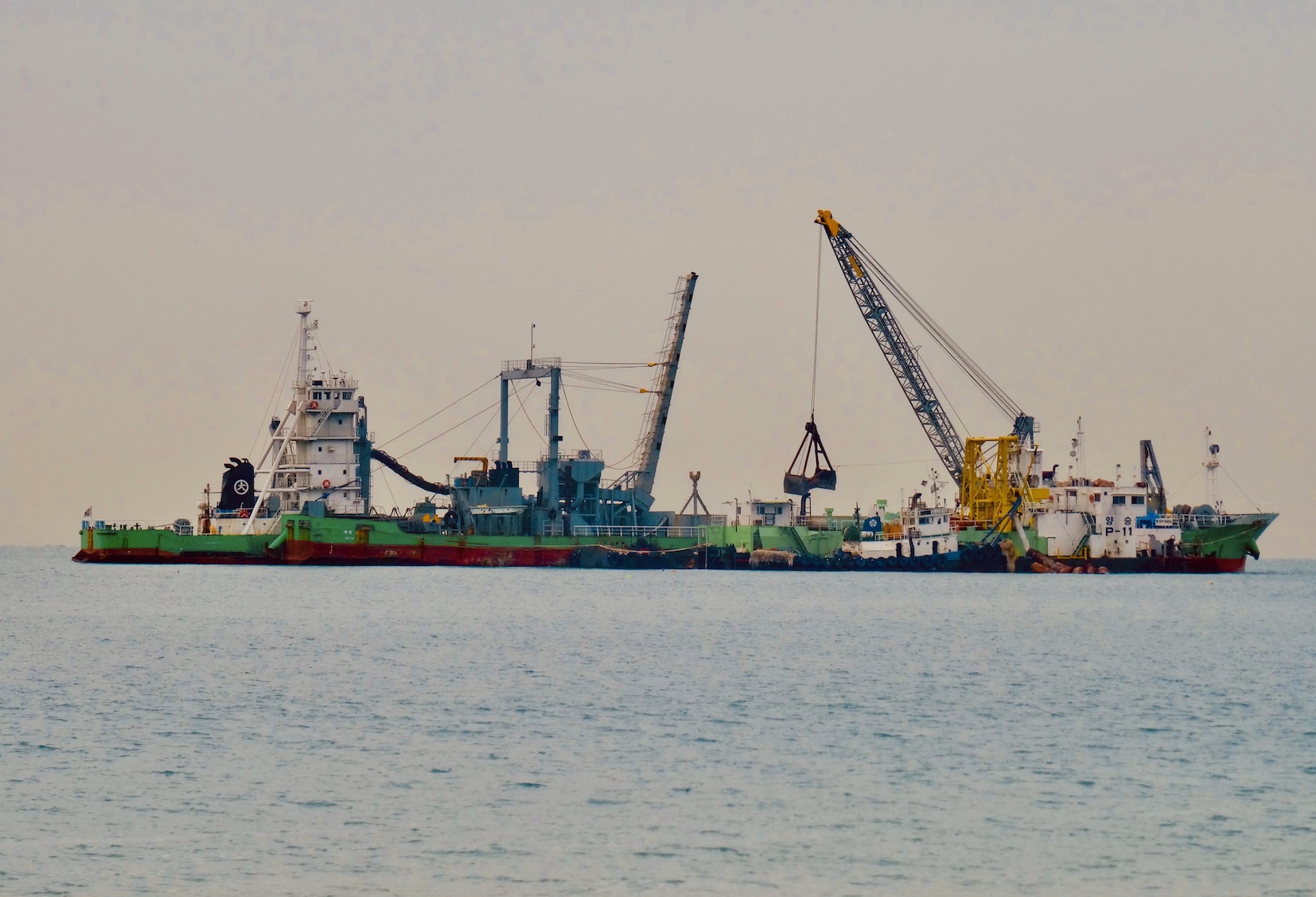 The Sea of Japan.

I was staring out to sea at a lone dredging vessel when my thoughts began to turn to coffee and breakfast. I’d enjoyed my stroll along Haeundae Beach, but it was getting chilly and I could almost taste the pancakes I was about to treat myself to at a nearby cafe.

Haeundae Beach can be paired up with a visit to the Sea Life Busan Aquarium, home to around thirty five thousand marine animals.