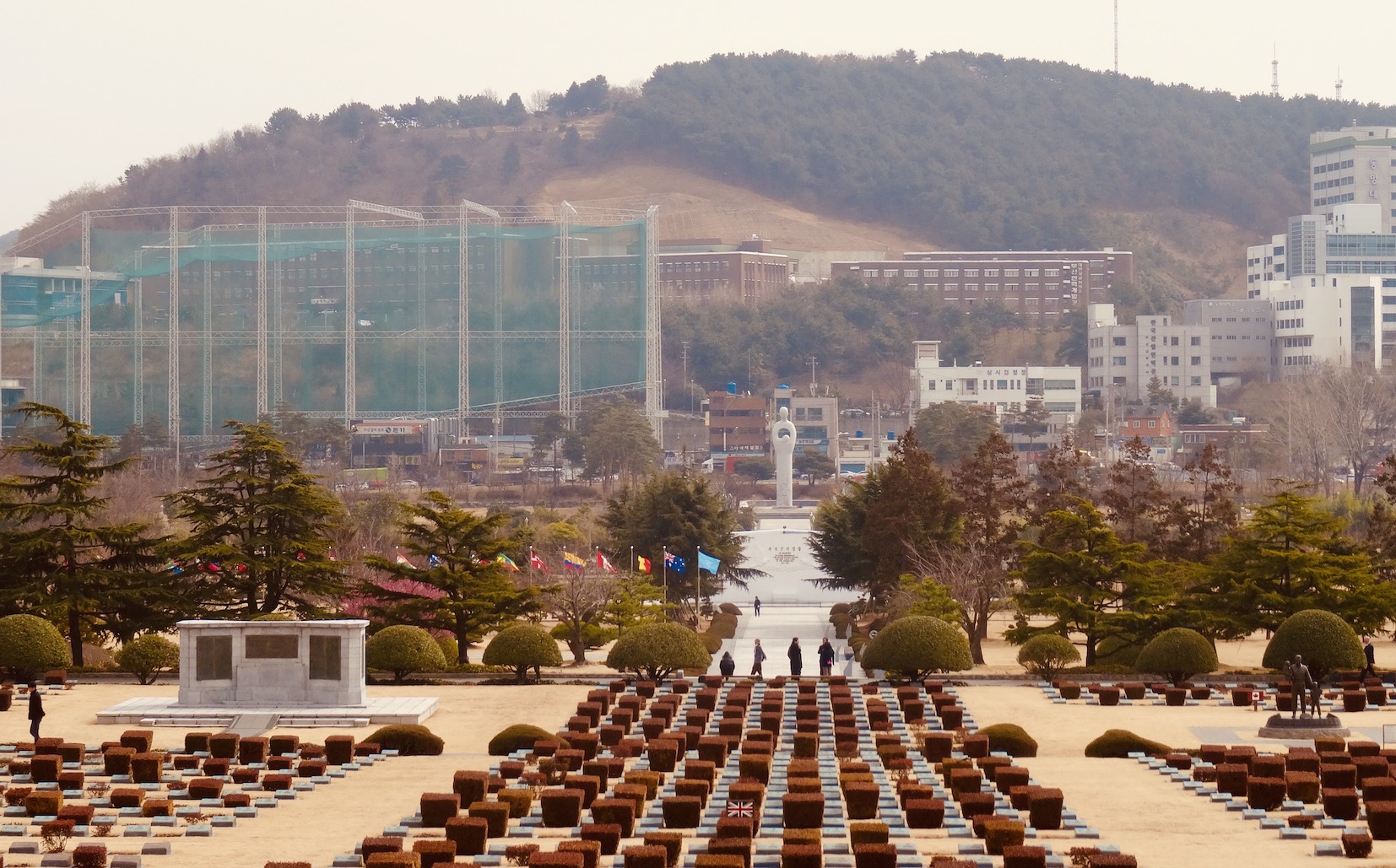 February 2015. No matter which country I find myself in, I’m always on the lookout for unique travel sights. In this respect, it doesn’t get much more distinctive than the world’s only United Nations Memorial Cemetery.

This beautifully crafted, fourteen hectare graveyard sits in the South Korean city of Busan. Constructed in 1951 to honour the UN casualties of The Korean War, the cemetery is home to around 2300 graves. 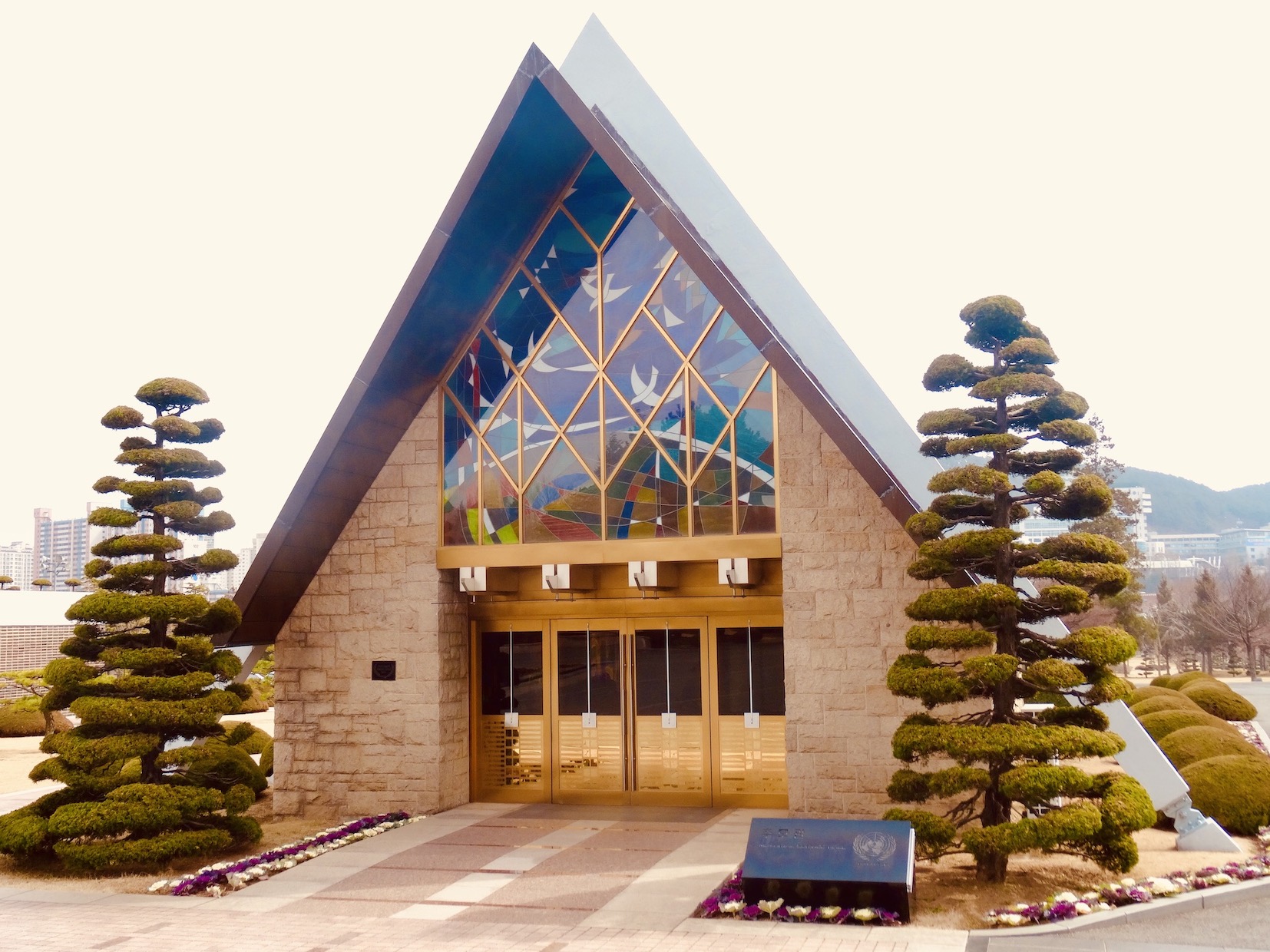 When I came to visit on a grey February morning, I found the cemetery largely deserted. In fact, having got my ticket, I encountered not a single soul as I followed the signs towards this pretty memorial hall. 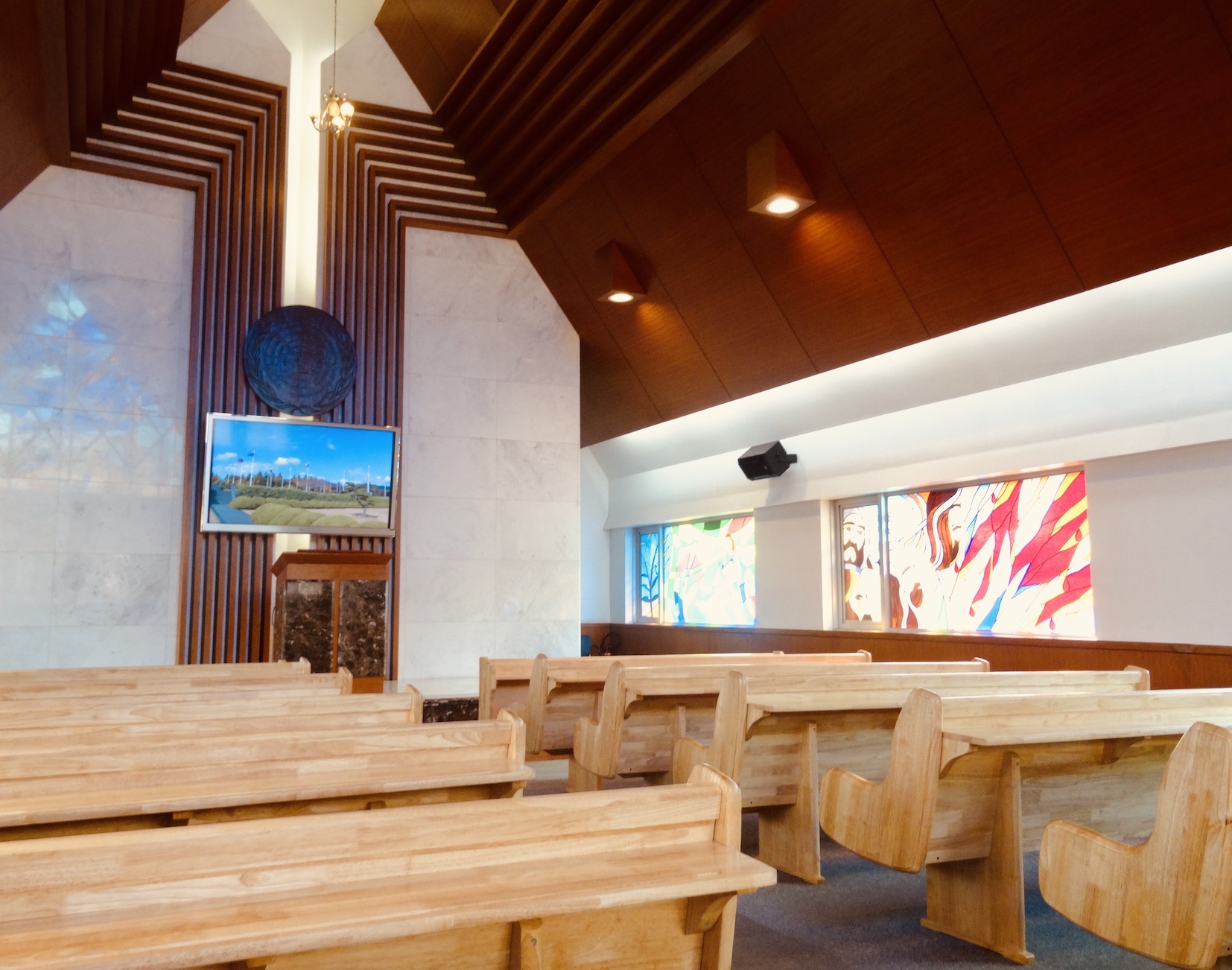 Inside The Memorial Hall.

Inside the church-like hall, I dropped onto one of the wooden benches and watched the short welcome film that runs on a loop. Here, I learned that construction of the cemetery began in January 1951. 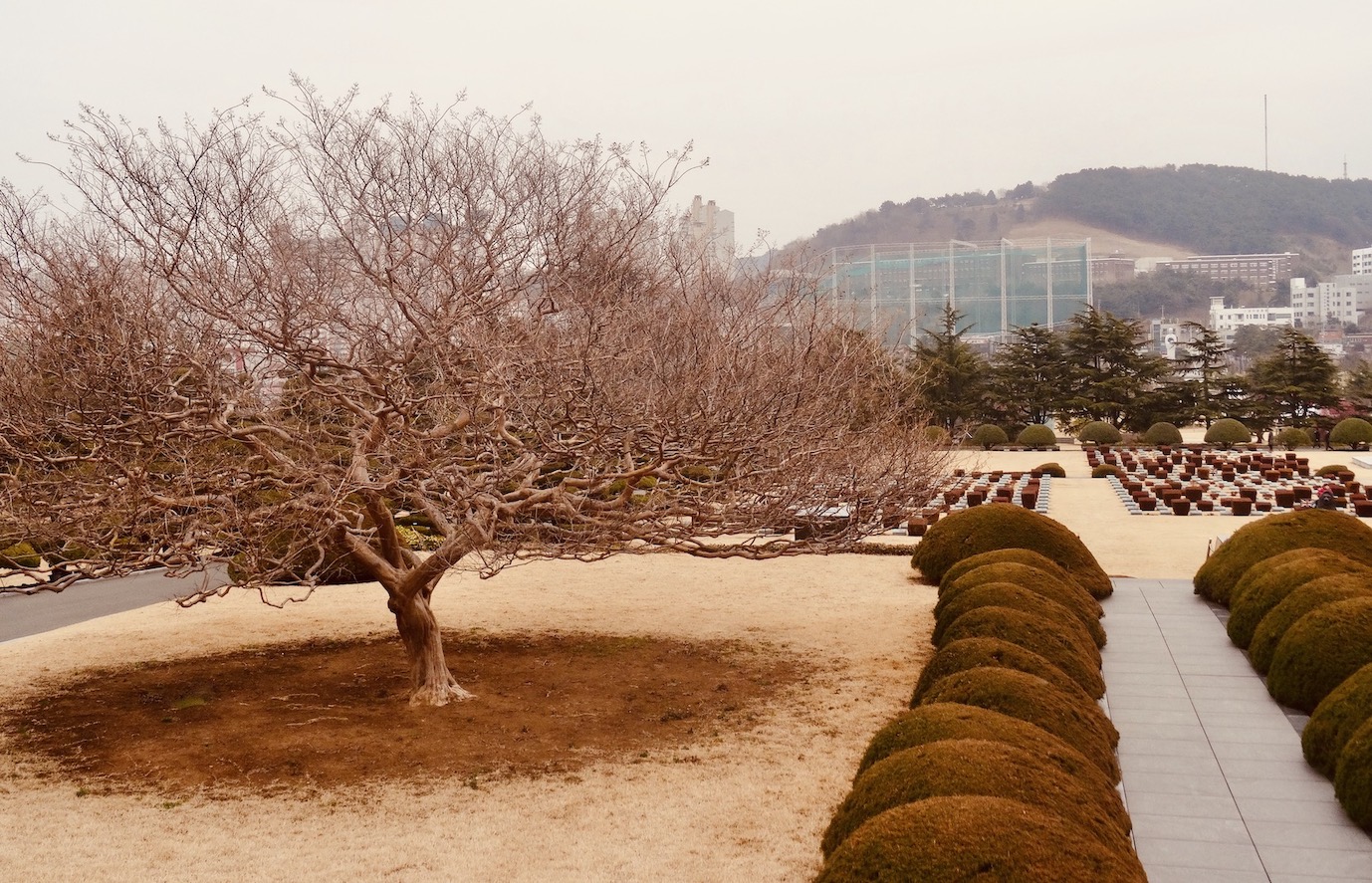 Most of the beautiful trees were donated by countries, Korean institutions and wealthy individuals. Every day, The Republic of Korea 53rd Division carries out flag-raising and lowering ceremonies. A number of annual events also take place, including Korean War Veteran’s day in April and UN Ceremony Day each October. 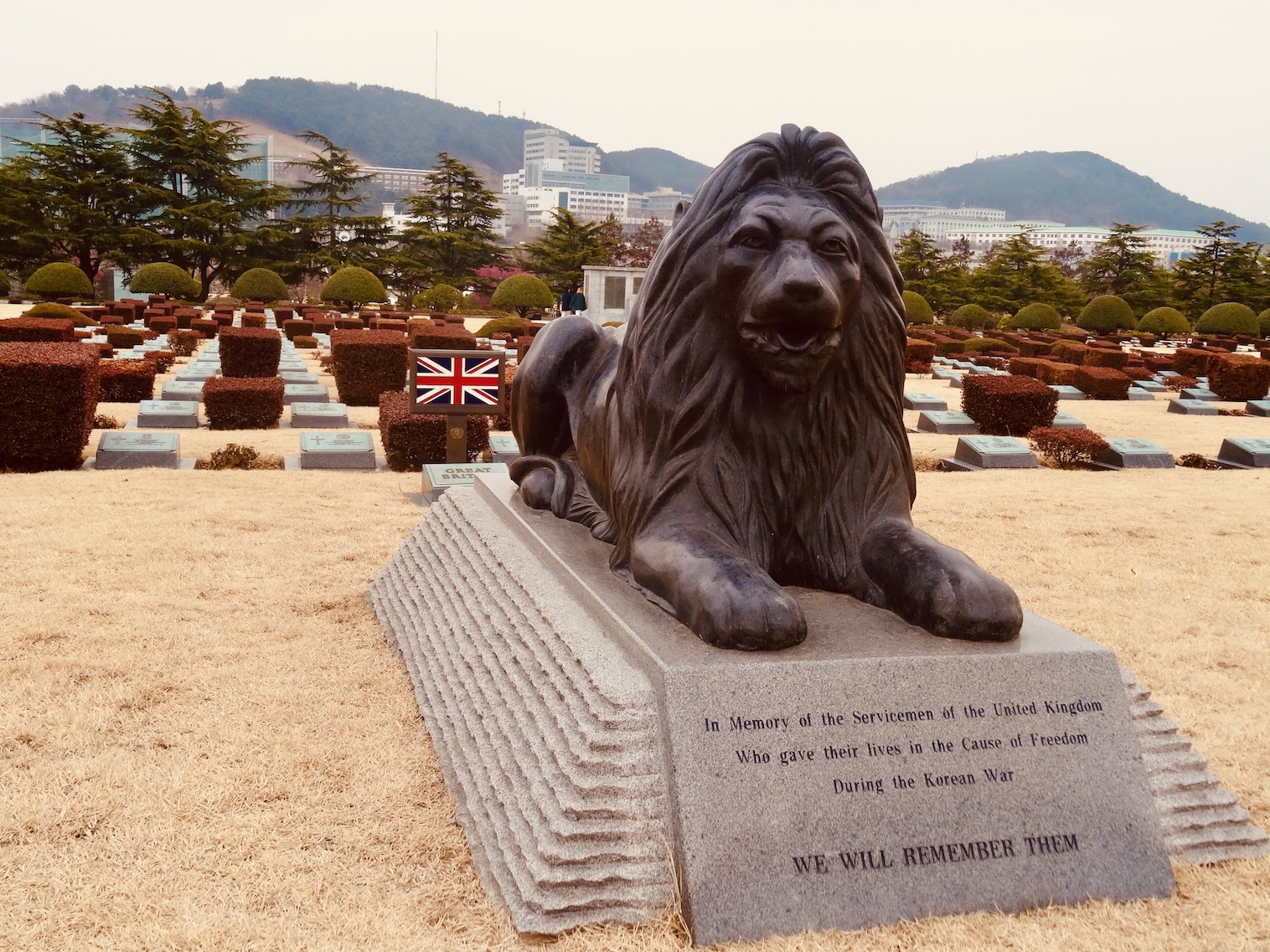 The British part is the largest, with 885 fallen soldiers buried in the complex. As with all sections, a memorial statue marks the first row of graves. On each gravestone, visitors can read full names, the unit served and date of death. 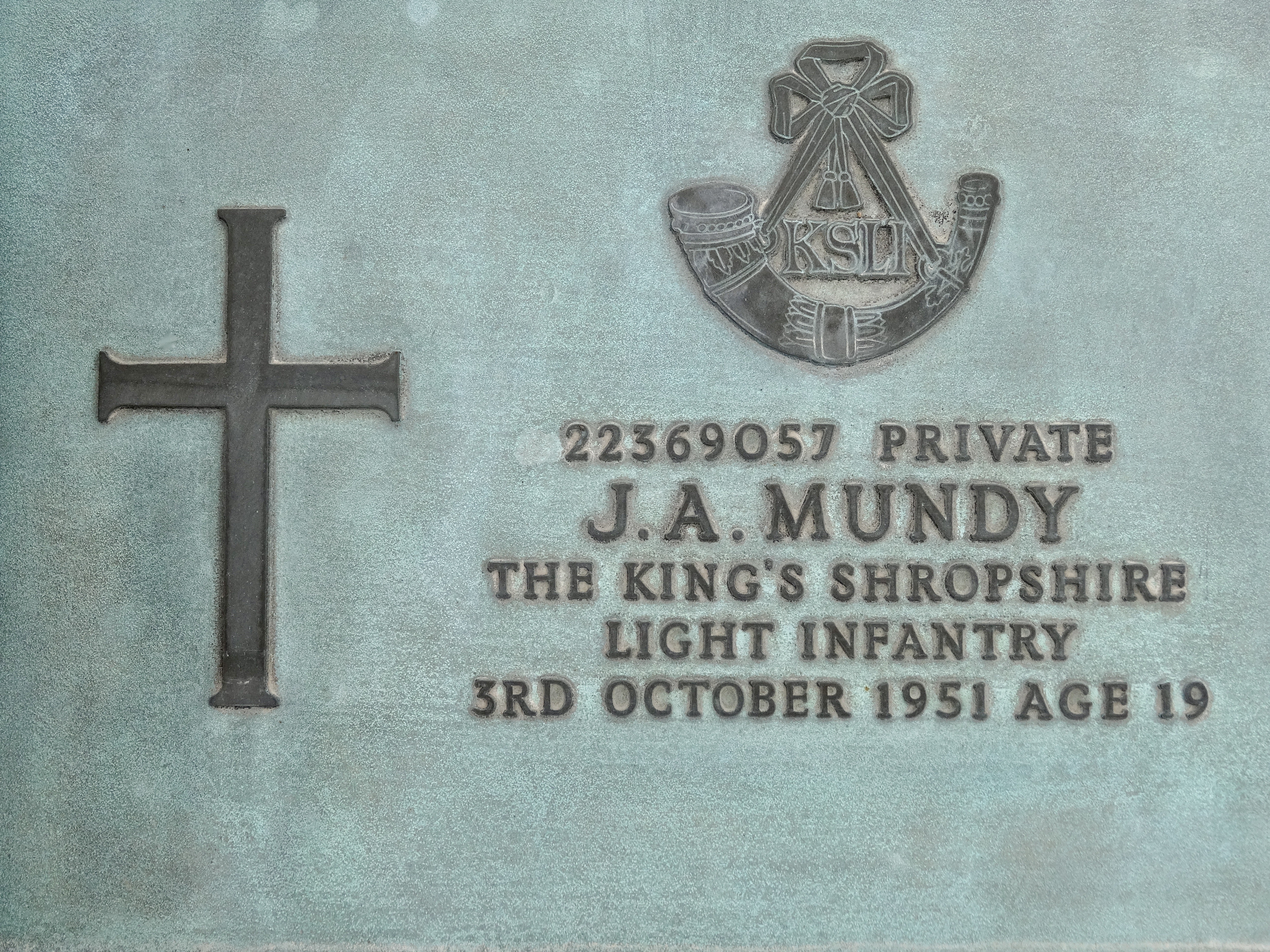 It’s certainly a sobering experience, especially when you stop to think about the likes of J.A. Mundy. This young man was just nineteen years old when he died in 1951 serving The King’s Shropshire Light Infantry. 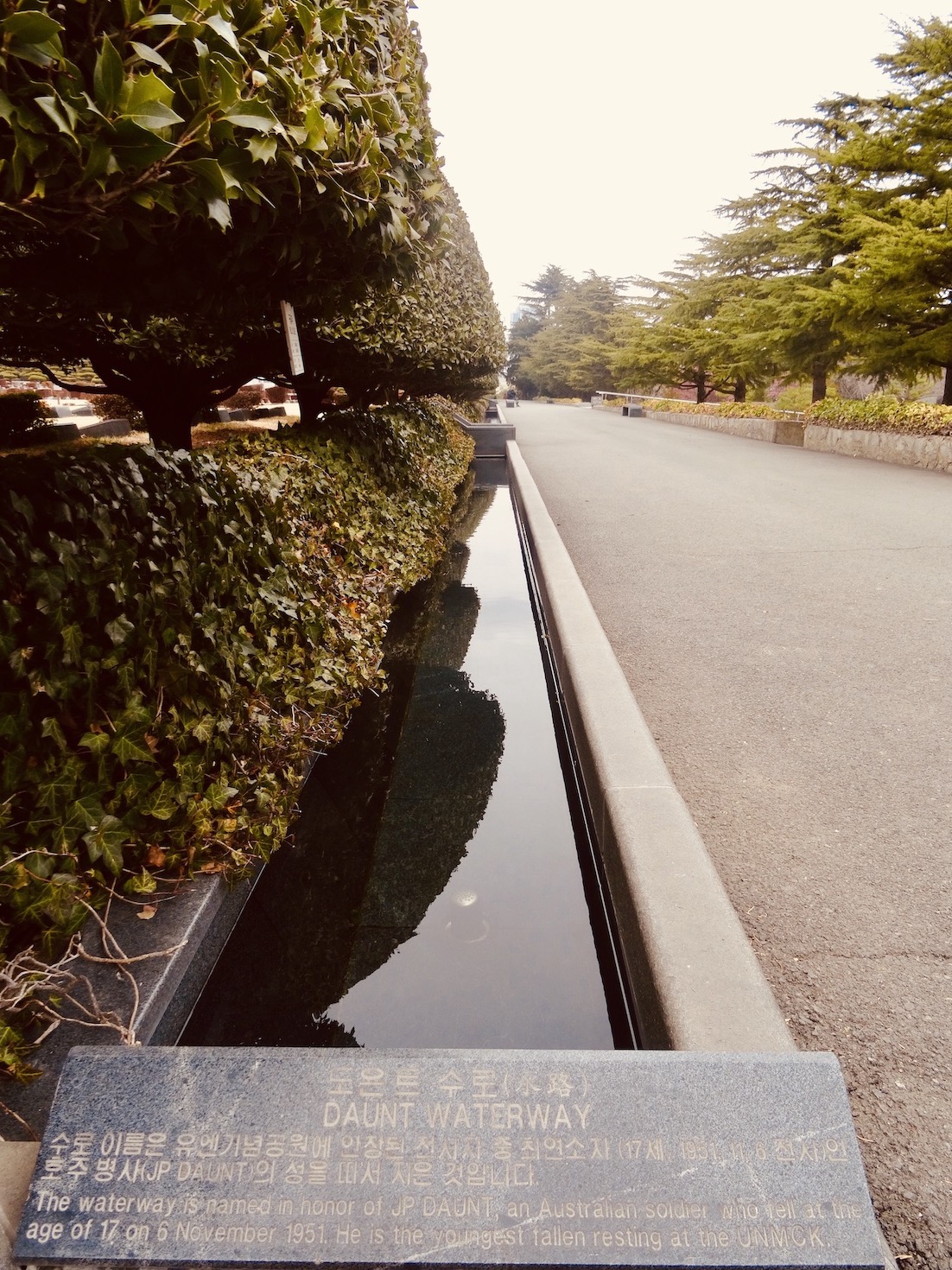 Not that Private Mundy was the youngest casualty of The Korean War. The pretty Daunt Waterway lies in memory of Australia’s JP Daunt, who was just seventeen at the time of his death. 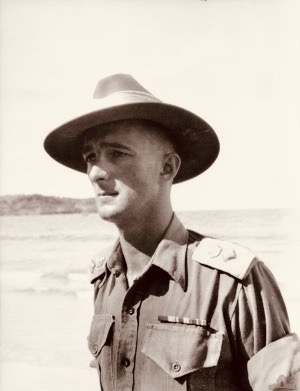 Furthermore, a number of notable figures rest here. Lieutenant Colonel Charles Hercules Green, for example, was one of the youngest battalion commanders in the Australian Army.

The British journalist and historian Christopher Buckley, who wrote for The Daily Telegraph, died while reporting on The Korean War when a landmine exploded under his jeep. 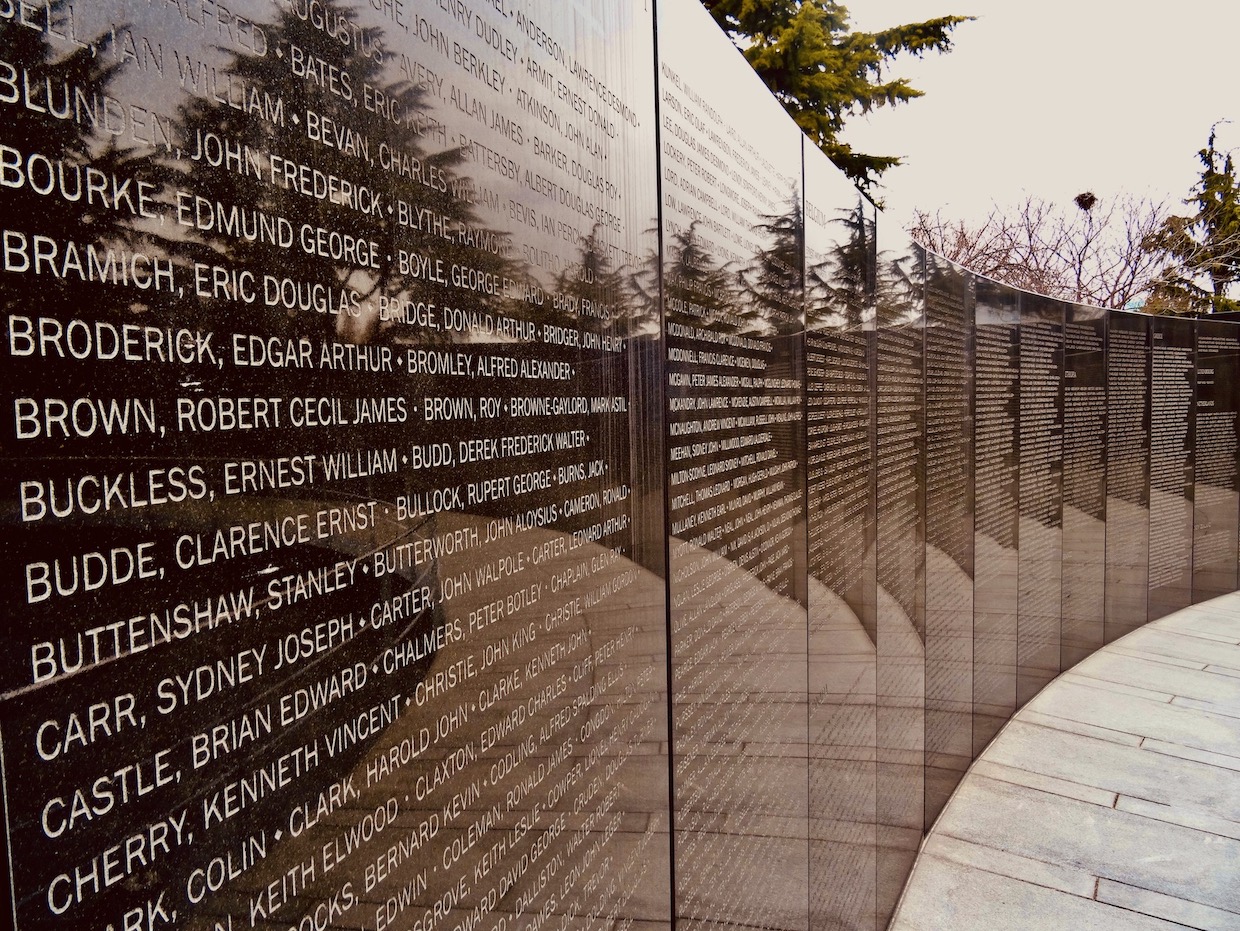 The Wall of Remembrance is an equally poignant spot. Added in 2006, it features 140 marble panels listing the names of 40,896 people either killed or missing during The Korean War. 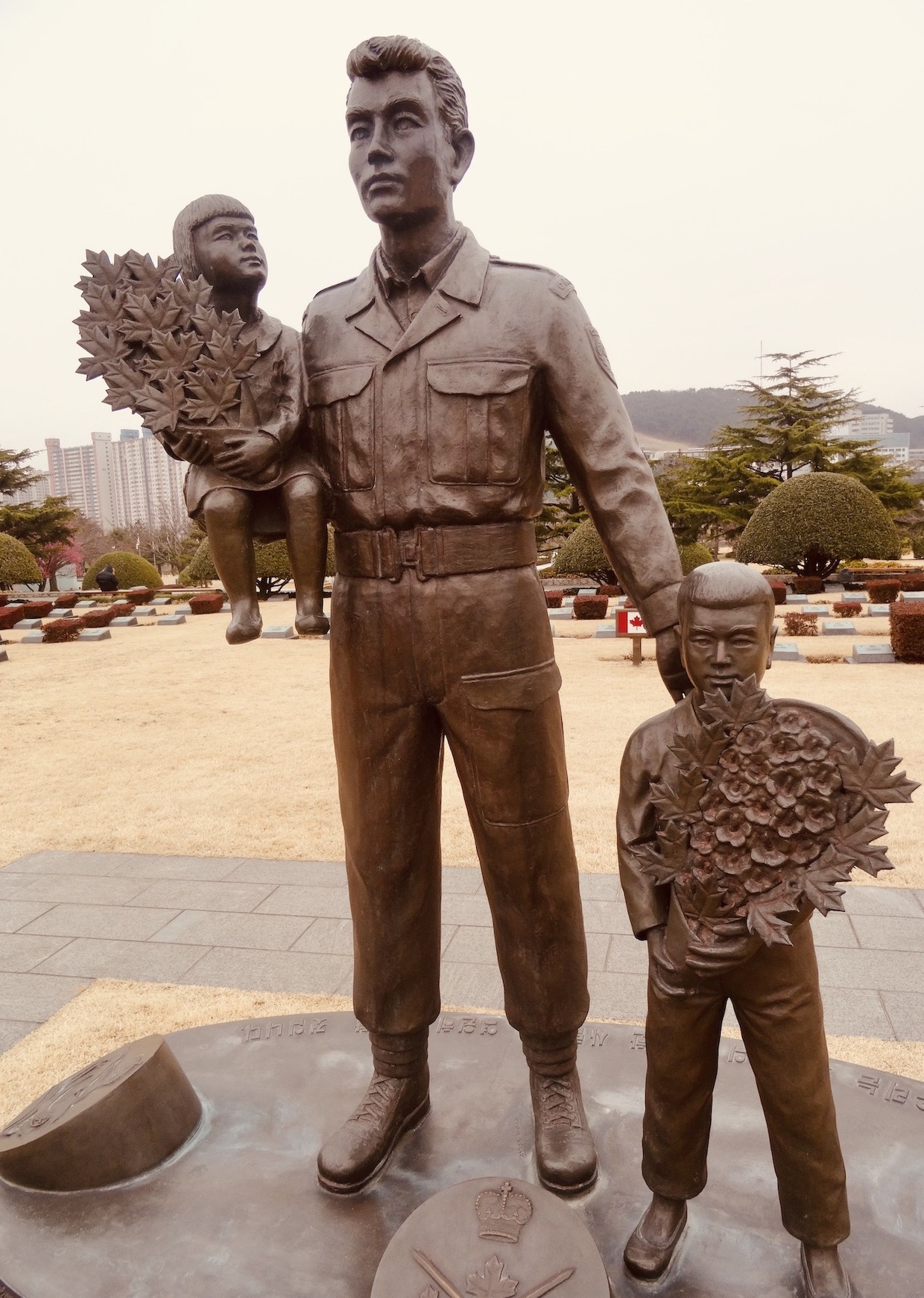 For more on this cool Korean city, have a leaf through my other reports on Busan.