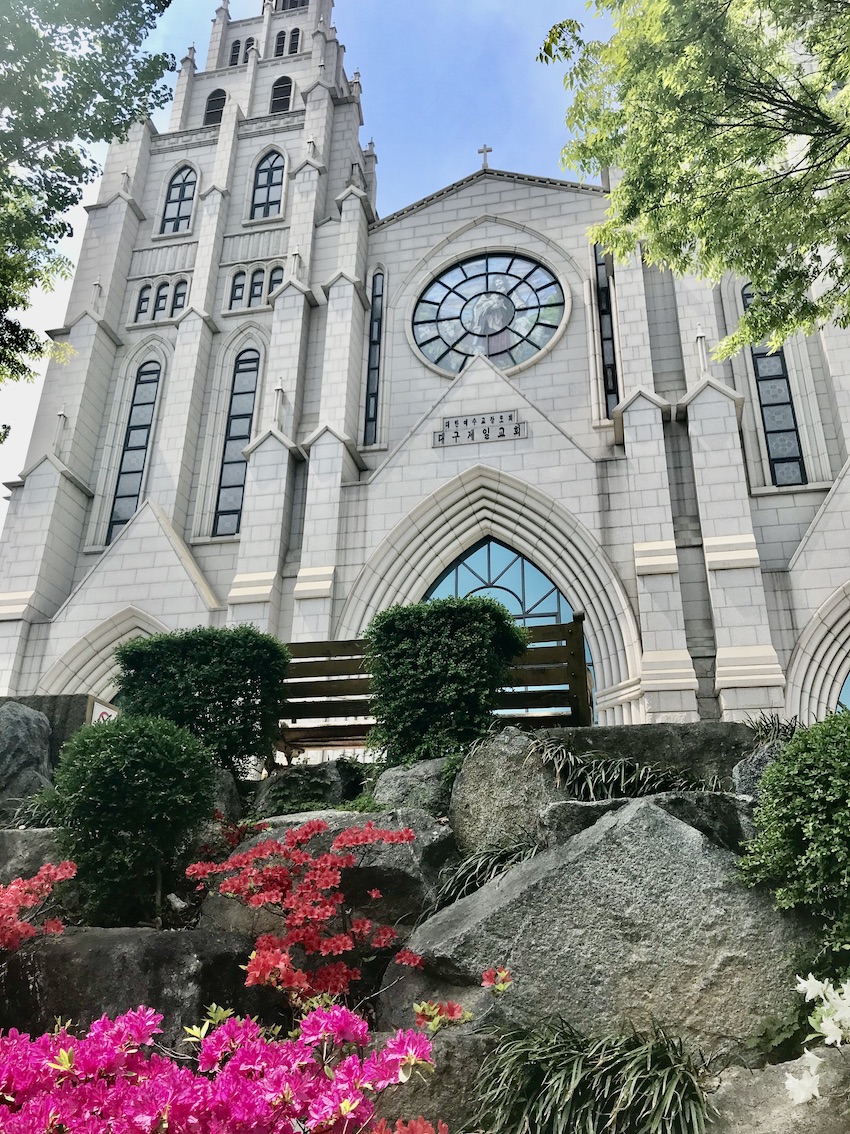 April 2019. Wonderboy and I were strolling around Daegu’s historic district when we found ourselves gazing up at the soaring twin spires of a stunning church. Just one of many beautiful churches, as it turns out, in this underrated South Korean city.

This one was impossible to miss, perched as it is atop Cheongna Hill. Following our noses, we headed up a dramatic stone staircase in the hope that it would lead us to the church’s entrance. 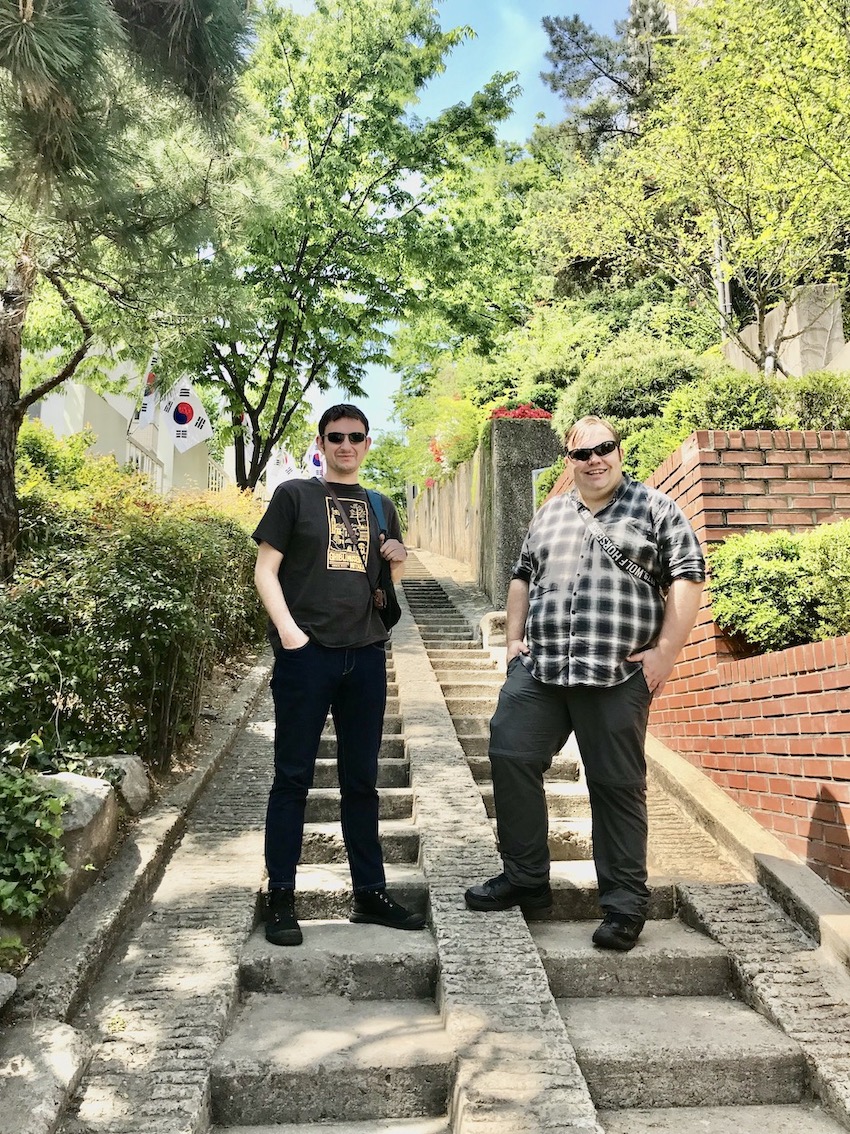 The staircase is actually one of Daegu’s most historical spots. Known locally as Independence Movement Road, this is where groups of students from across the city gathered to protest against Japanese rule on March the 8th, 1919. Today, national flags and archive photographs line the walls of the 90-step road.

We were about a quarter of the way up when we took a sharp left onto a gorgeous garden path. Sheltered by drooping branches, manicured hedges and fulsome flower beds, we followed the short trail up to the platform and the entrance doors to the church. 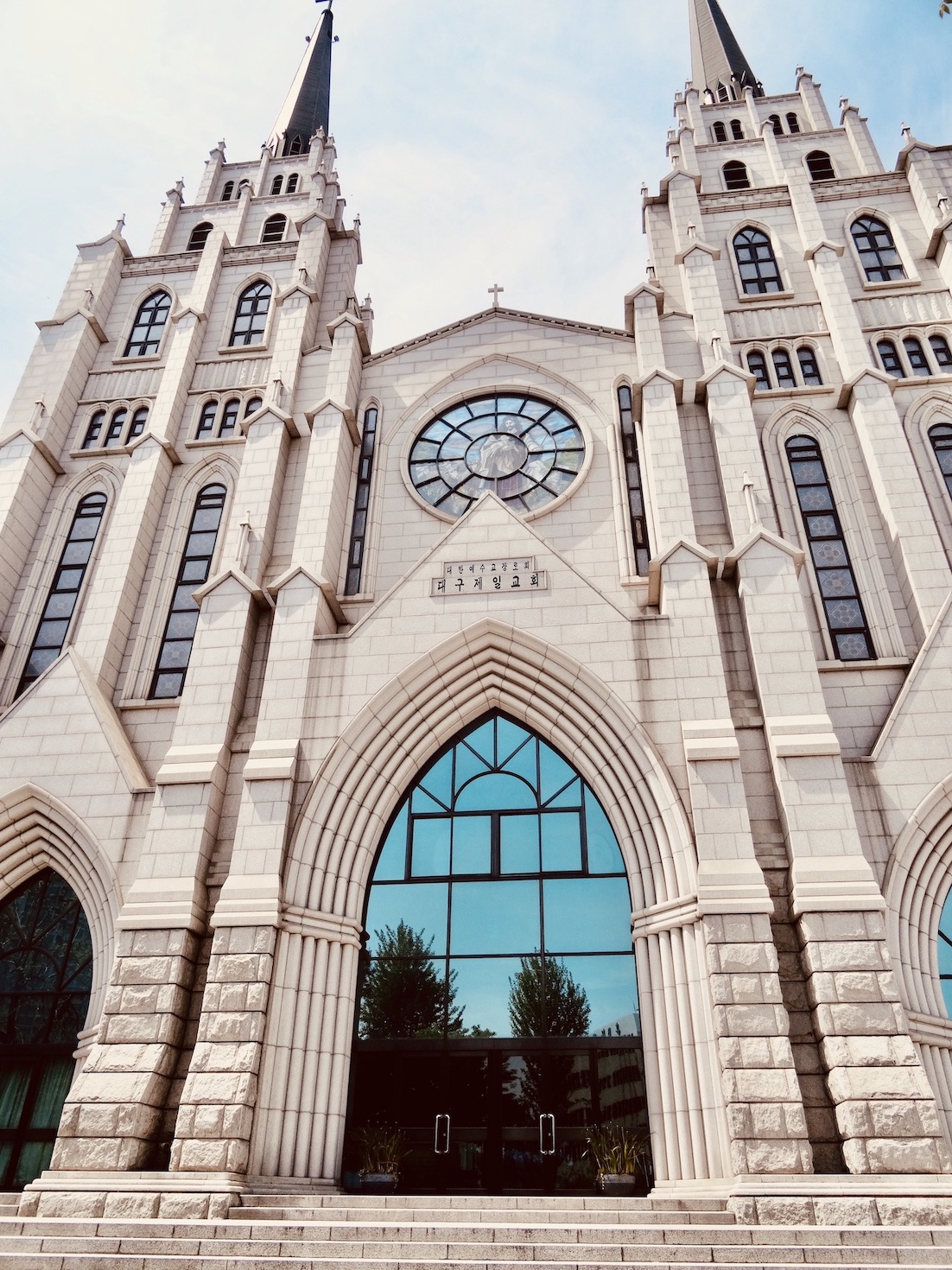 In what was fast becoming a recurring theme in Daegu, we found virtually no online info about the church. All we could really discover is that it was built by missionaries in 1897 at a time when Christianity was starting to take root in the region.

With no context to work with, we simply dropped onto a wooden bench opposite the entrance doors and peered up at its gothic exterior. The giant stained glass window depicts Jesus cradling a baby lamb in his arms, as other lambs look on. 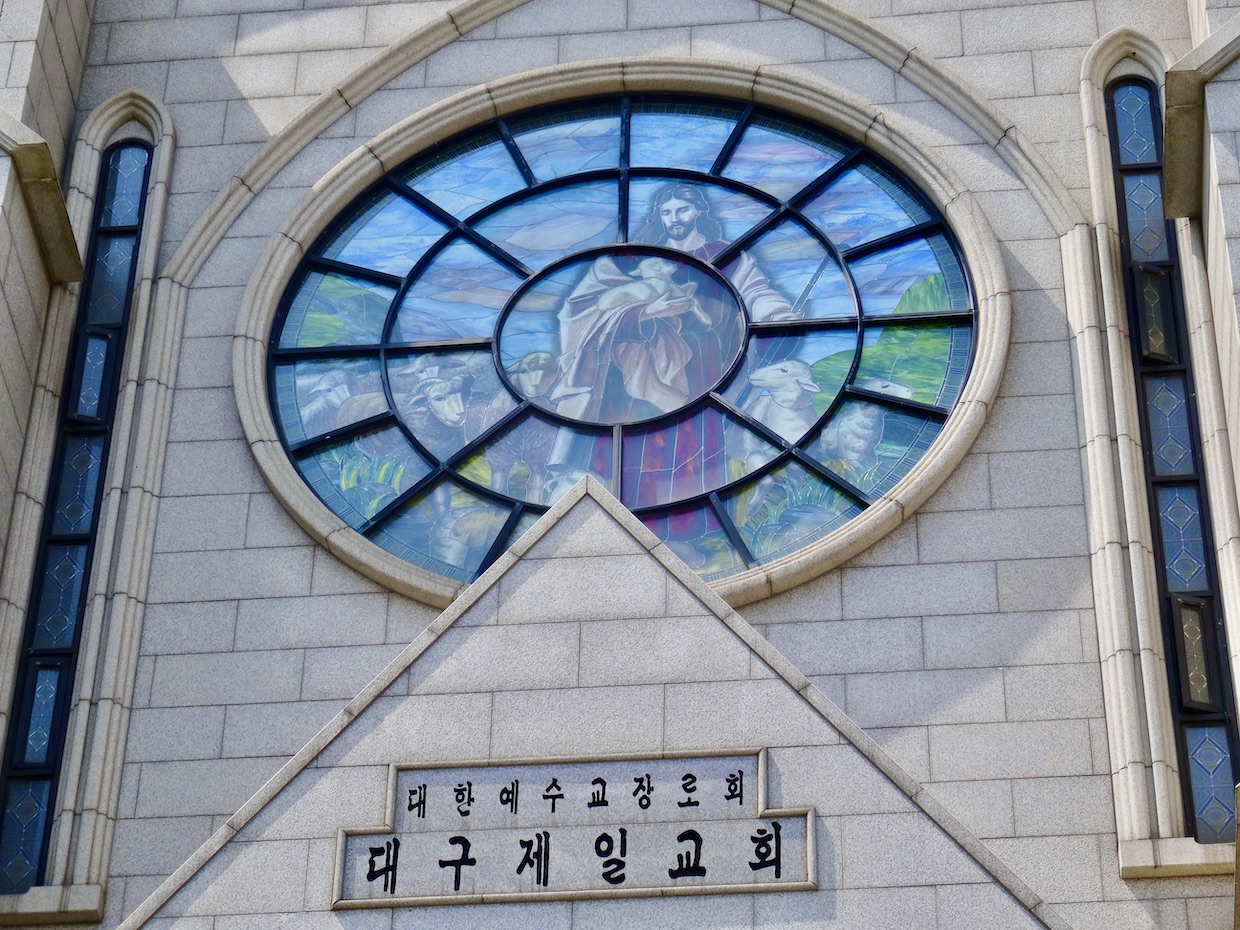 Inside, a cavernous hallway features a number of striking paintings. The first thing we saw was this somewhat terrifying depiction of the crucifixion. Not sure about the heavy use of green. 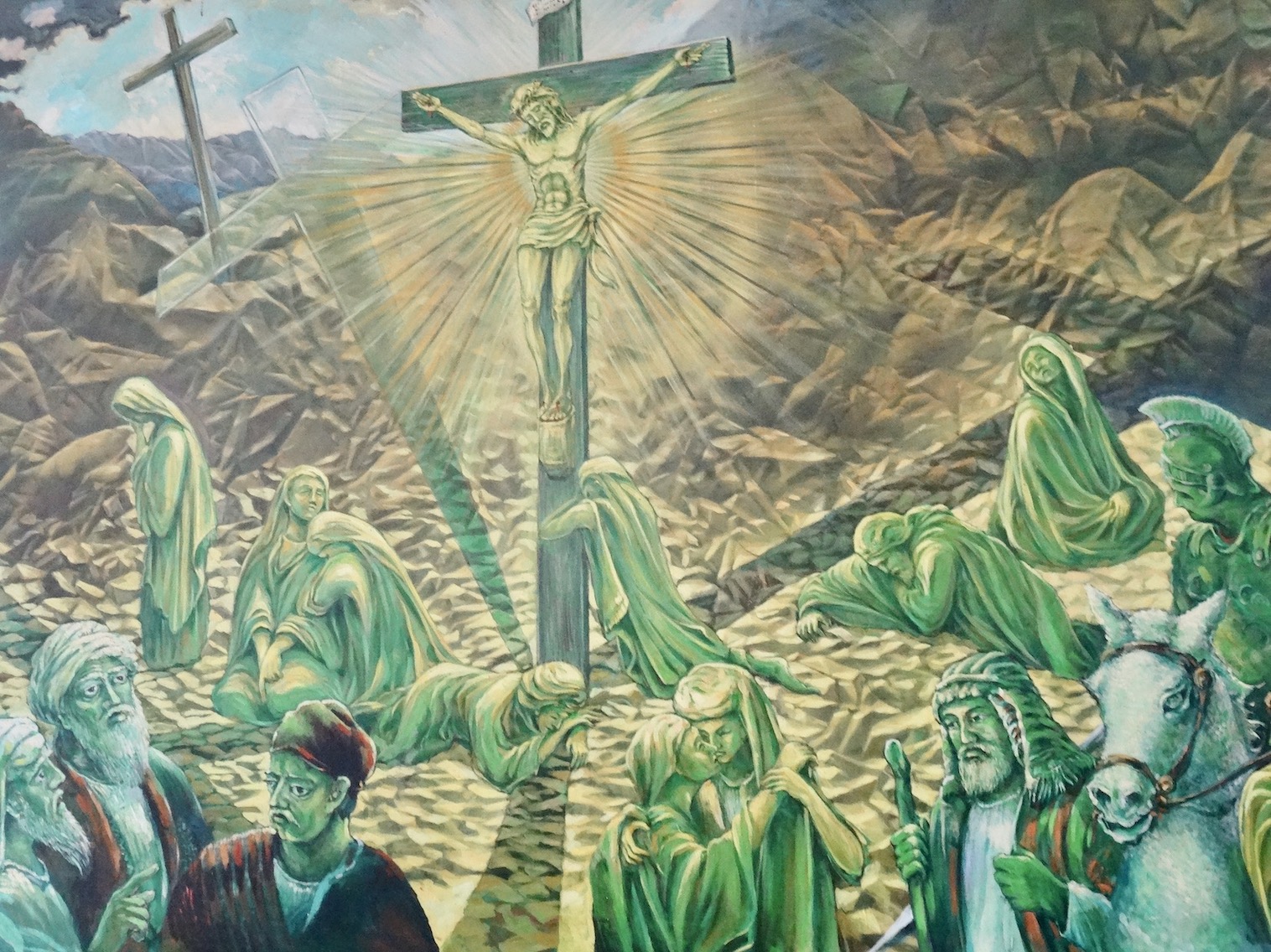 Elsewhere, on a staircase leading down to the church offices, we spotted  giant canvas of Jesus’ face. For me it was all quite unsettling, especially as we hadn’t encountered a single soul and the only sounds were the echoes of our own footsteps. 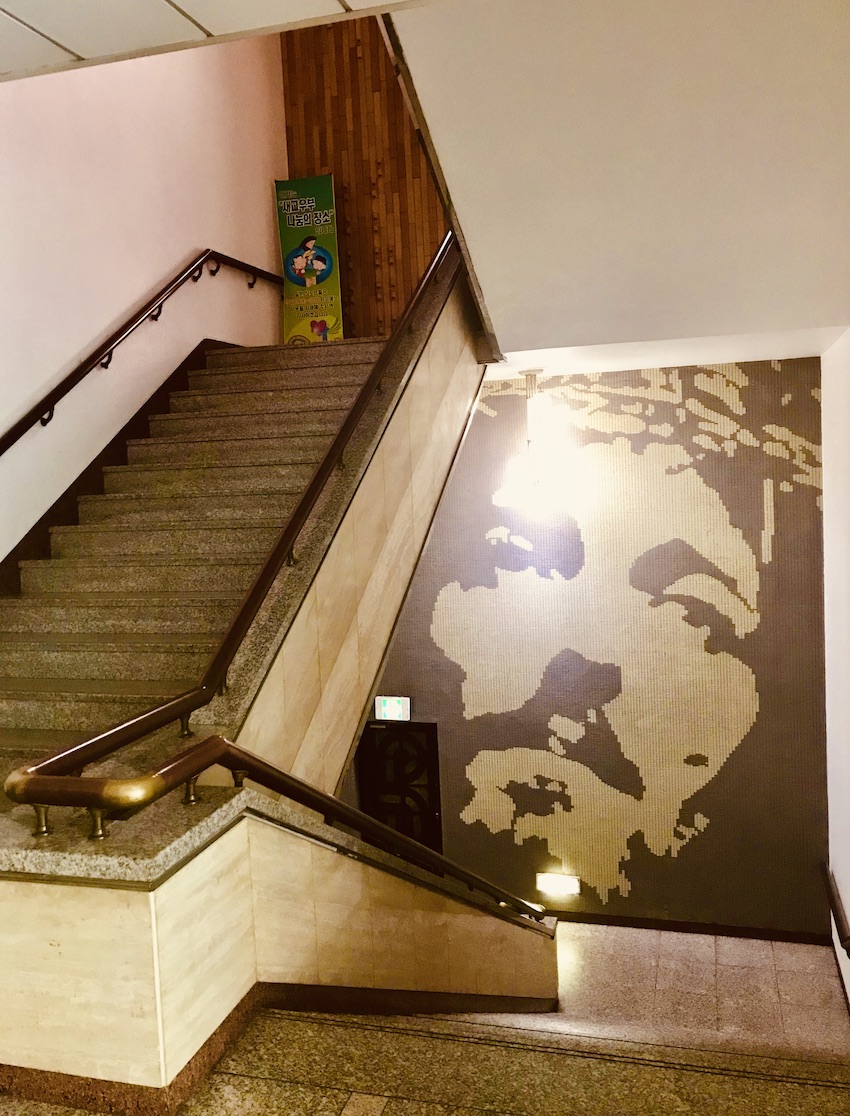 The large wooden doors to the church itself were shut, which initially led us to believe the place was closed. With nobody around to enlighten us, we tried our luck and… lo and behold… the doors swung open and in we walked. 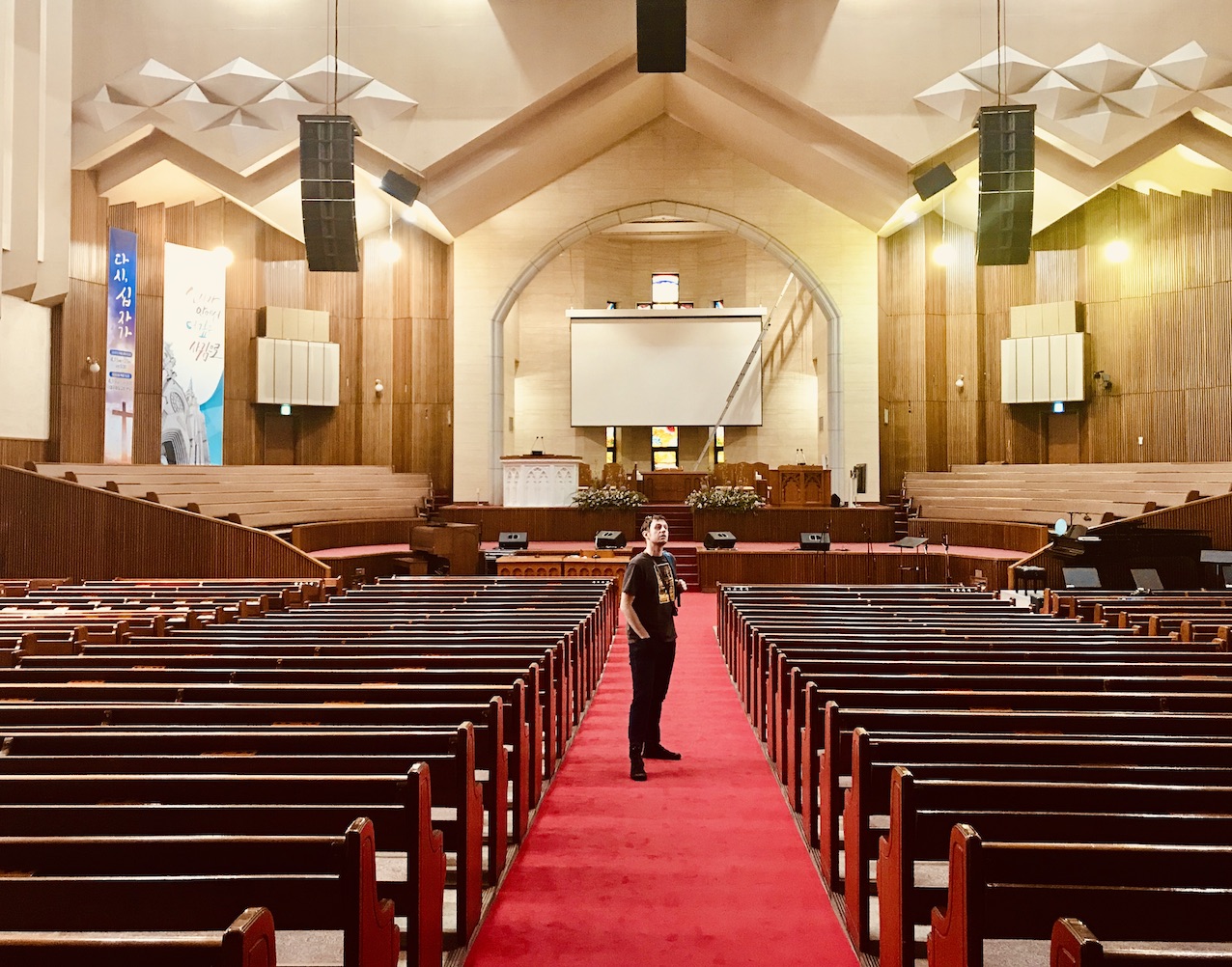 Much to our surprise, the church seemed to be more of a concert venue than an operational house of worship. Sure, there were rows and rows of wooden pews. But everything else seemed geared towards live performance. 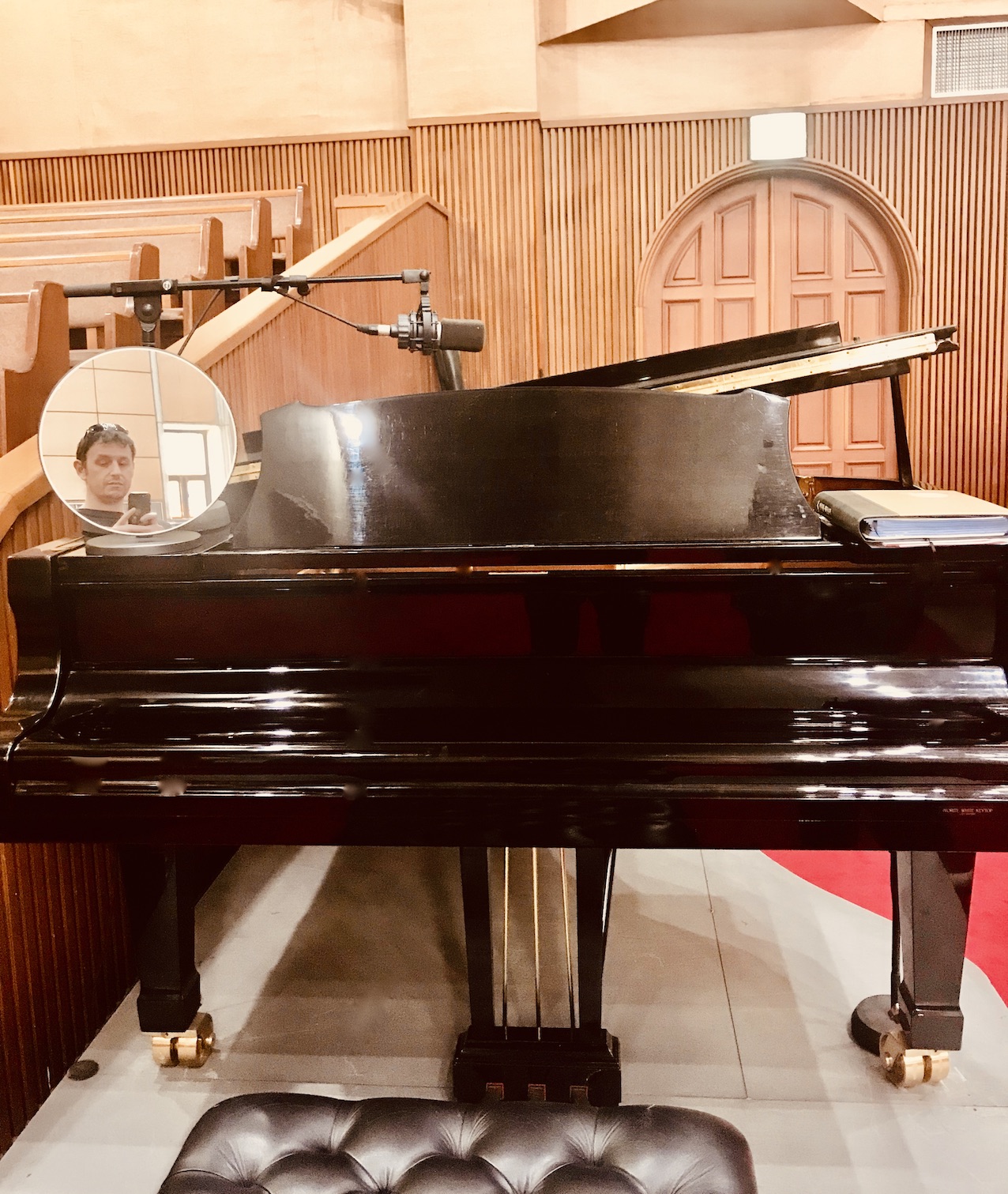 There were large speakers, amplifiers and microphone stands scattered across the stage. A giant TV screen dominated the back wall. We also found a black piano, set in front of the first row of pews. Judging by how well our exchanged whispers carried, I guessed this was a fantastic venue for a live performance. 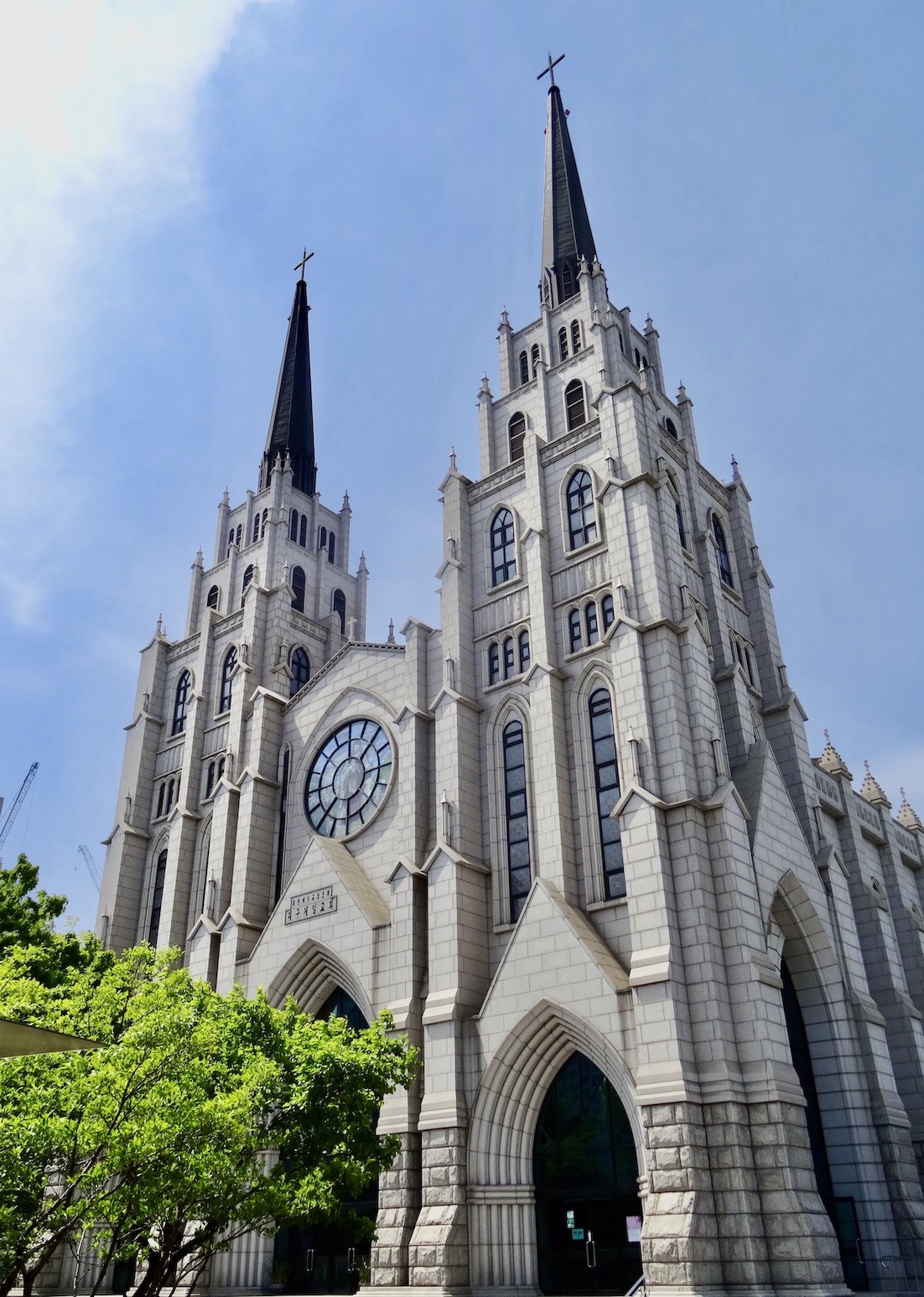 Finally, the sound of distant voices from somewhere behind the stage blew us back towards the hallway. With no idea if we’d been intruding, we decided to call time on our brief visit and head back out into the afternoon sunshine.

Despite poking around online, I couldn’t find anything about opening hours, or indeed services. In any case, it’s well worth a five minute detour when in the historic district, if only to see its stunning facade up close.