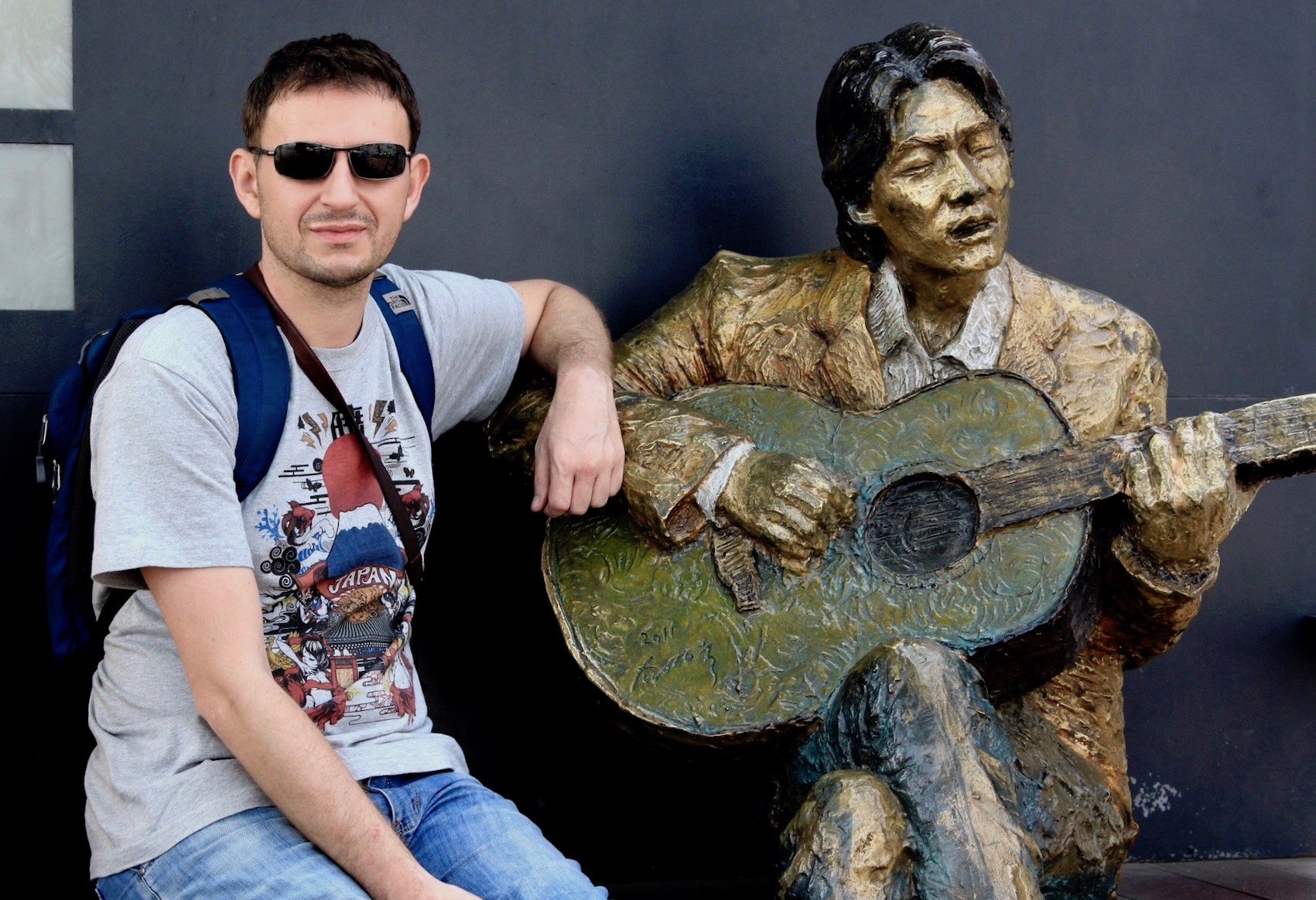 April 2019. I’d never heard of the Korean singer-songwriter Kim Kwang-seok. At least not until I started planning my trip to Daegu. As I soon discovered, this guy is huge in South Korea, where he shifted an impressive five million records during his all-too-brief life.

Kim’s music was often sorrowful and sentimental, capturing the hearts of the Korean people at a time when the country was transitioning through a difficult period of industrialisation and early stage democracy. 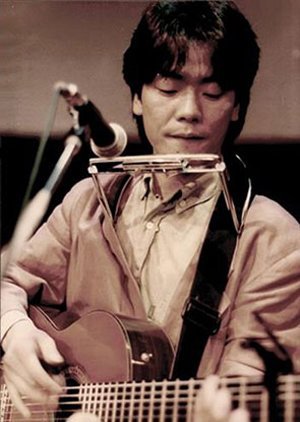 When news broke on the 6th of January 1996 that Kim had committed suicide, the nation went into mourning. Today people continue to pay their tributes at the beautiful Kim Kwang-seok Memorial Street, a 350-meter homage to the man and his music.

On a sunny April afternoon, I saw the street for myself with longtime travel accomplice Wonderboy, my brother Cory and his fiancé Kaley. 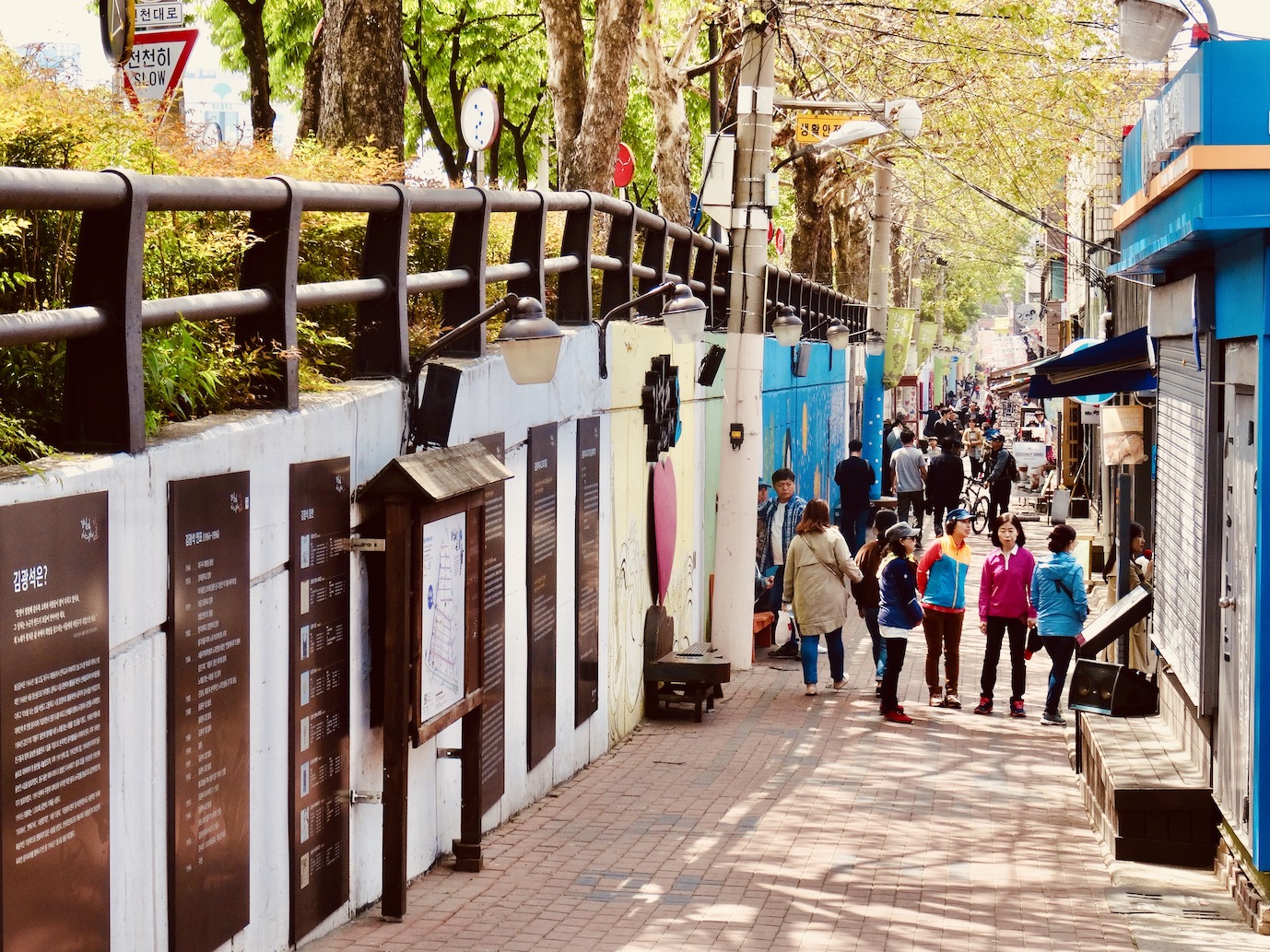 Kim was born right here in today’s memorial street on the 22nd of January 1964. This is where he lived for the first five years of his life, until the family relocated to Seoul. Unfortunately, the actual house no longer exists. 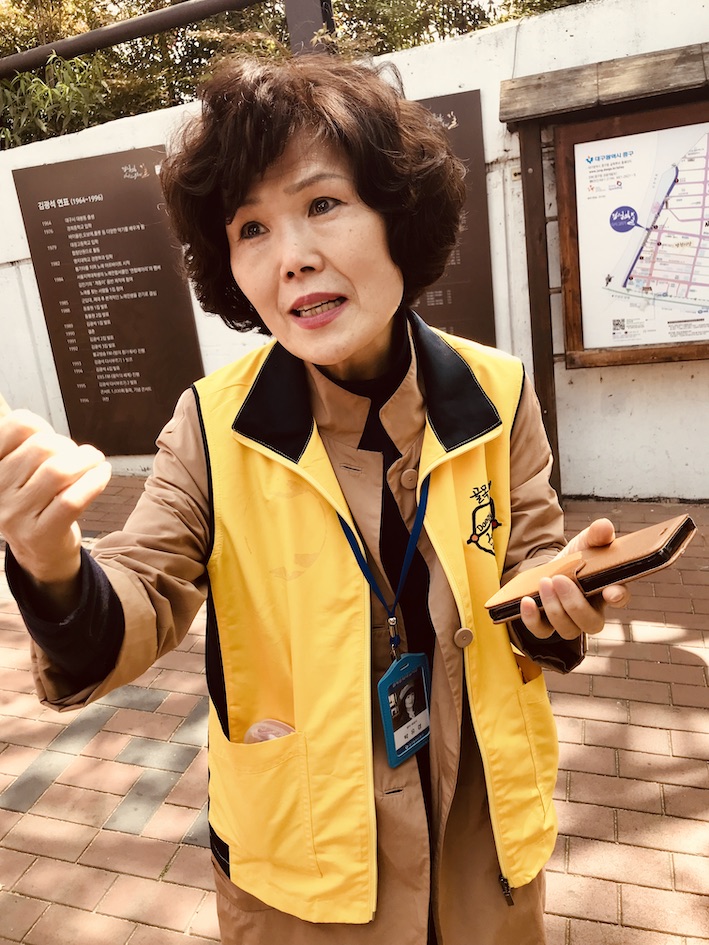 One of the street’s friendly volunteers.

There are usually a few volunteers on hand to tell you about Kim’s colourful backstory. Indeed this woman was incredibly friendly and helpful that day.

Welcoming us to the street, she asked what we knew about the man and stressed that we shouldn’t miss the museum about his life at the end of the street. Moreover, she even recommended a great café with choice rooftop views over the street. 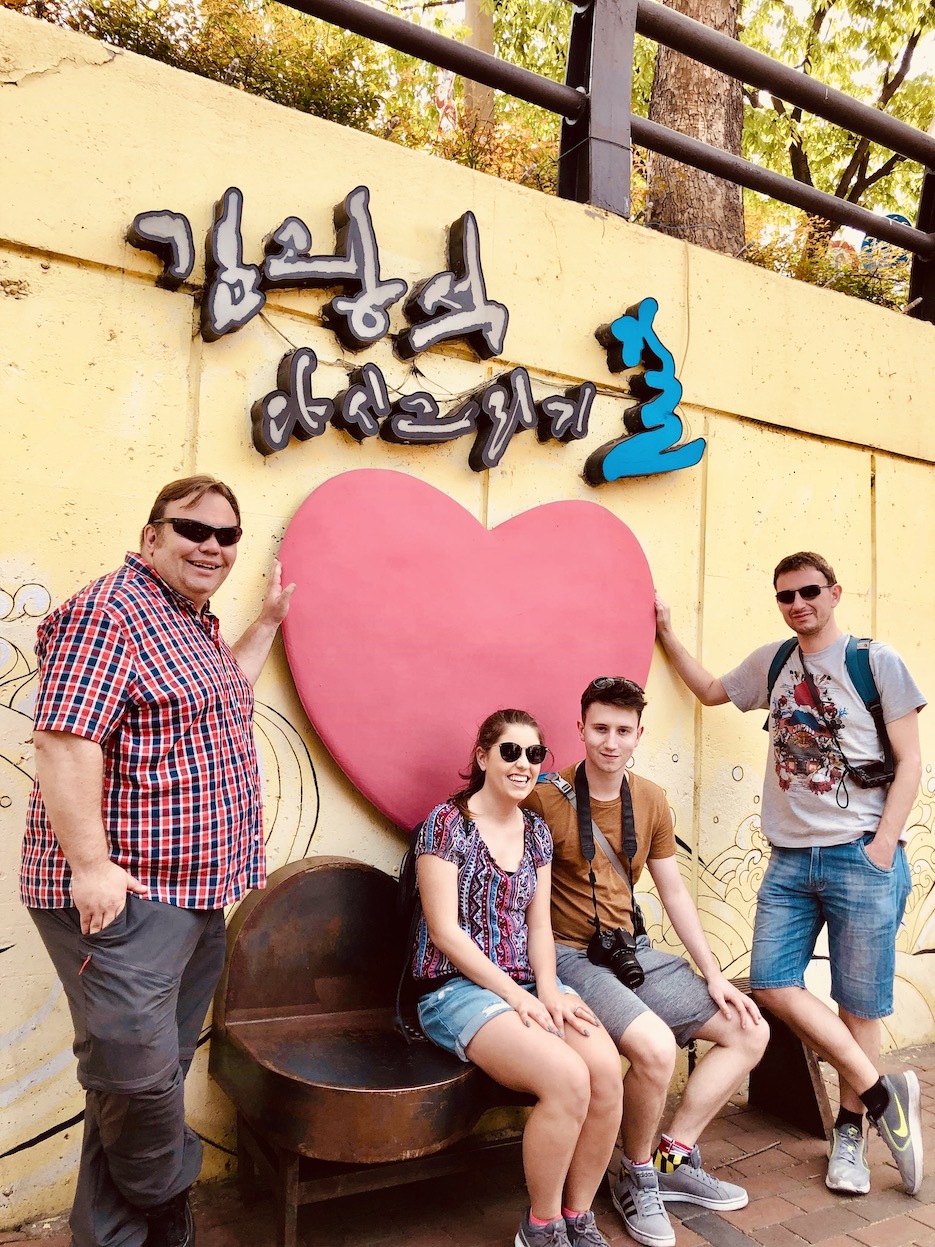 21 year old Kim began his musical career in 1987 when he joined the folk activist band Noraereul Channeun Saramdeul. Wanting more control over his music, he subsequently formed his own group, Dongmulwon, putting out two records in 1988.

Encouraged by the success he’d experienced with both bands, Kim released his self-titled debut album in 1989.

“May we bury all the longing words.

Too painful a love, was not love”. 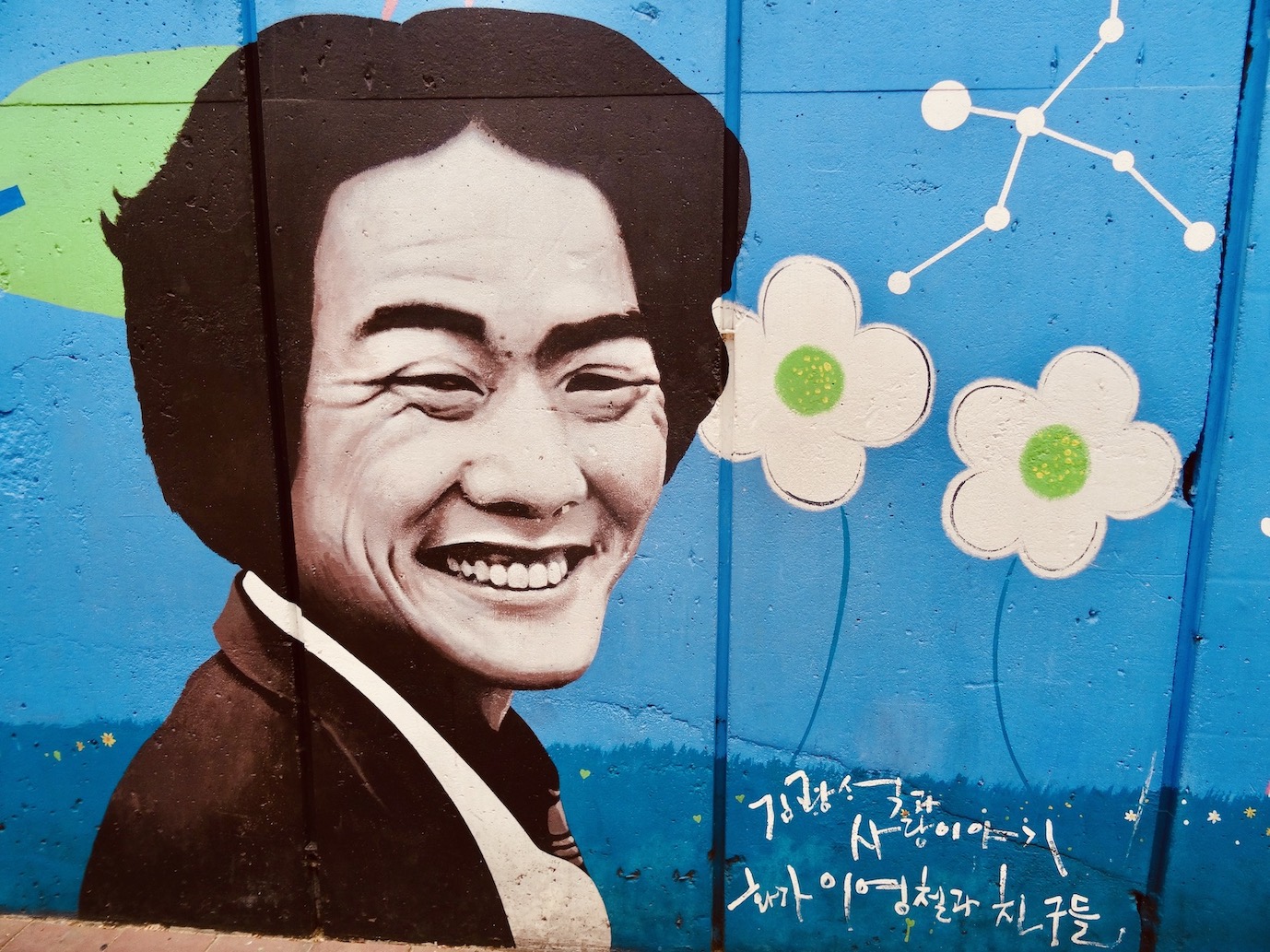 Singing about his love for Korea and the troubles people faced every day, Kim gave Koreans a genuine antidote to the superficialness of the country’s commercial pop scene. On the memorial street, artists have painted murals of him, many of which feature his lyrics and quotes from interviews. 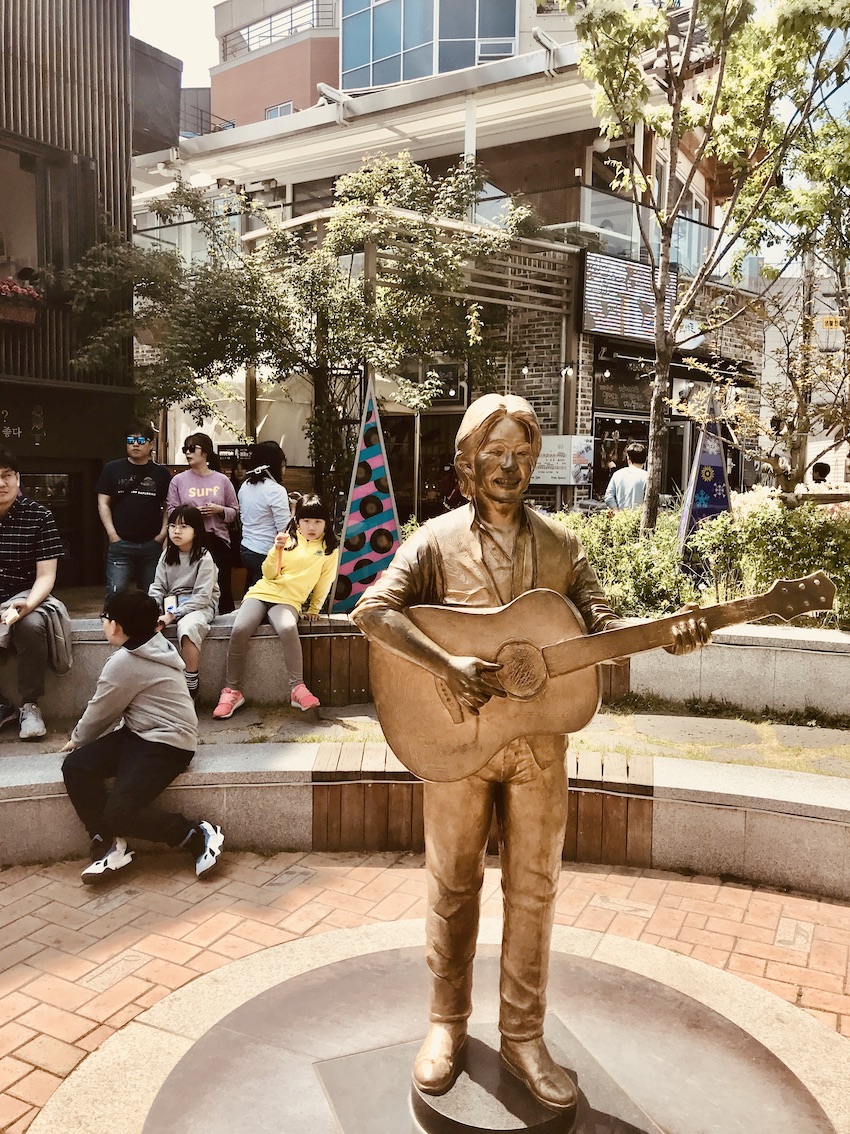 Kim went on to release three more records over the following five years, culminating in the monumental Kim Kwang-seok 4th, now seen as a landmark release.

Fittingly, visitors can hear Kim’s songs throughout the street. In fact, they constantly play in the clothing boutiques, record stores and guitar shops. It’s also common to come across a busker or two. All in all, it’s a really nice vibe. 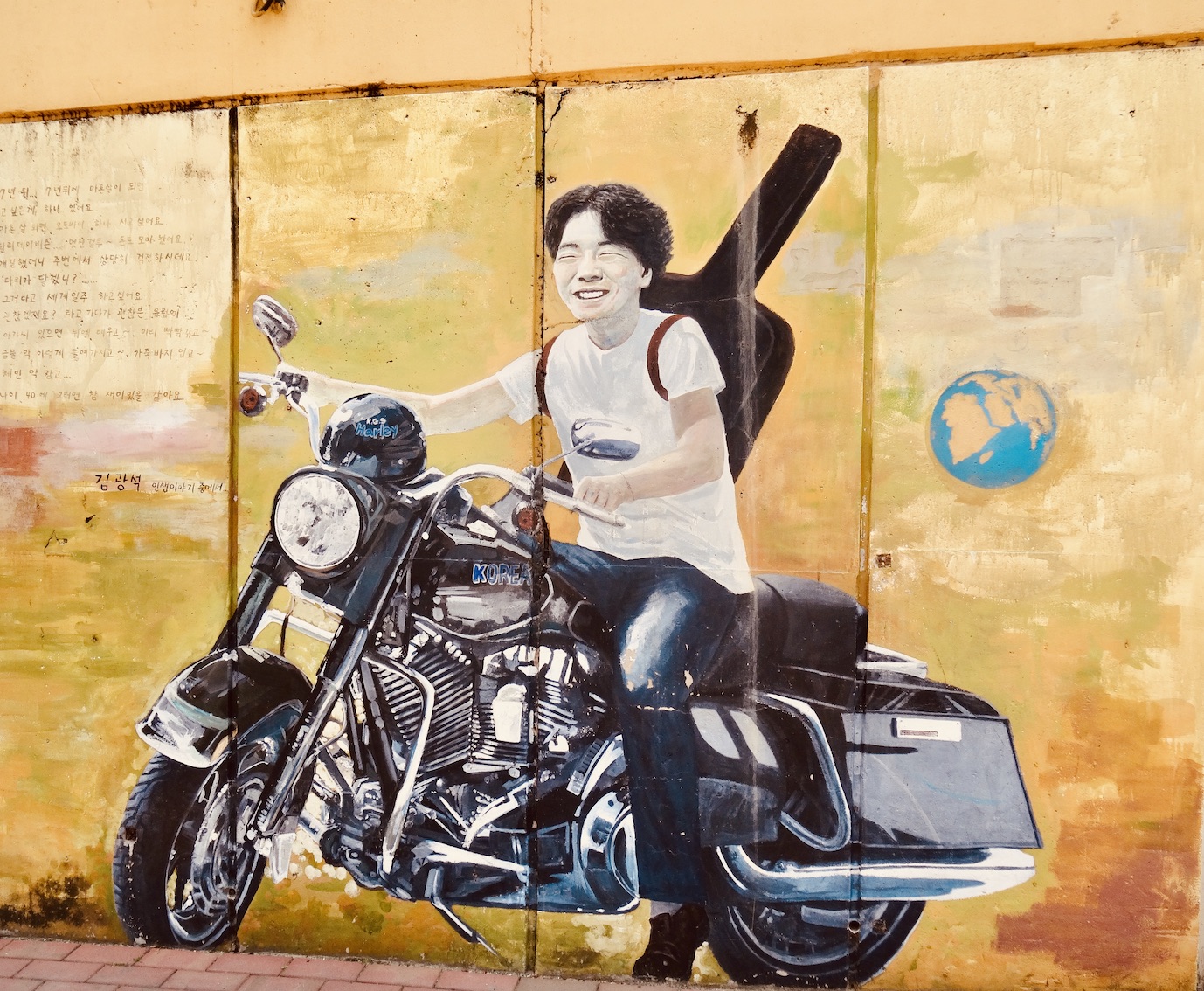 I don’t think you have to know all that much about Kim and his life to appreciate the street. It’s a wonderful place to just come and stroll, enjoy the artwork and maybe grab a coffee or some lunch. 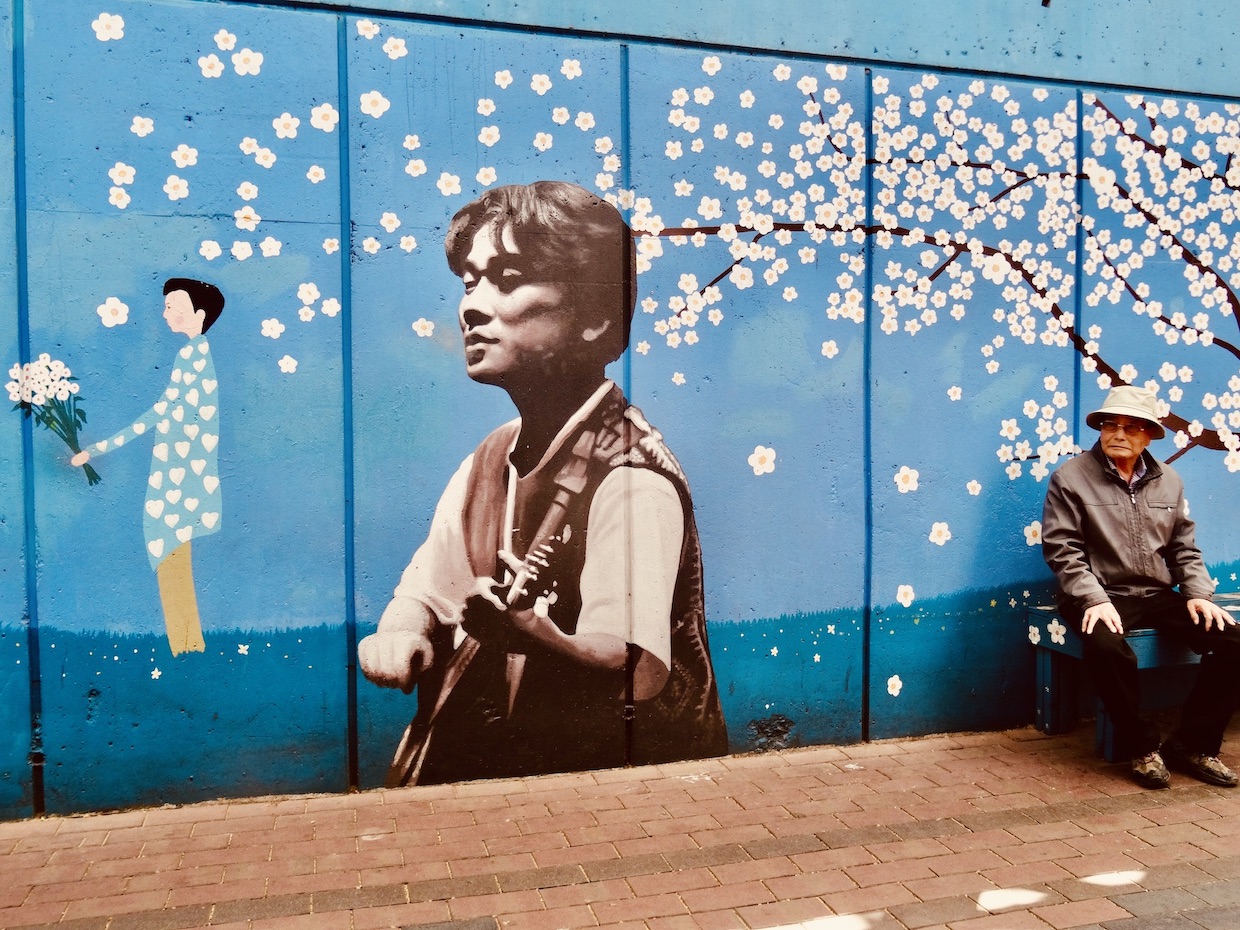 I was also delighted to see that the street is a prime sittin’ doin’ nothin’ spot! Yet another shot for my planned SDN calendar that I never get around to doing. One of these years…. 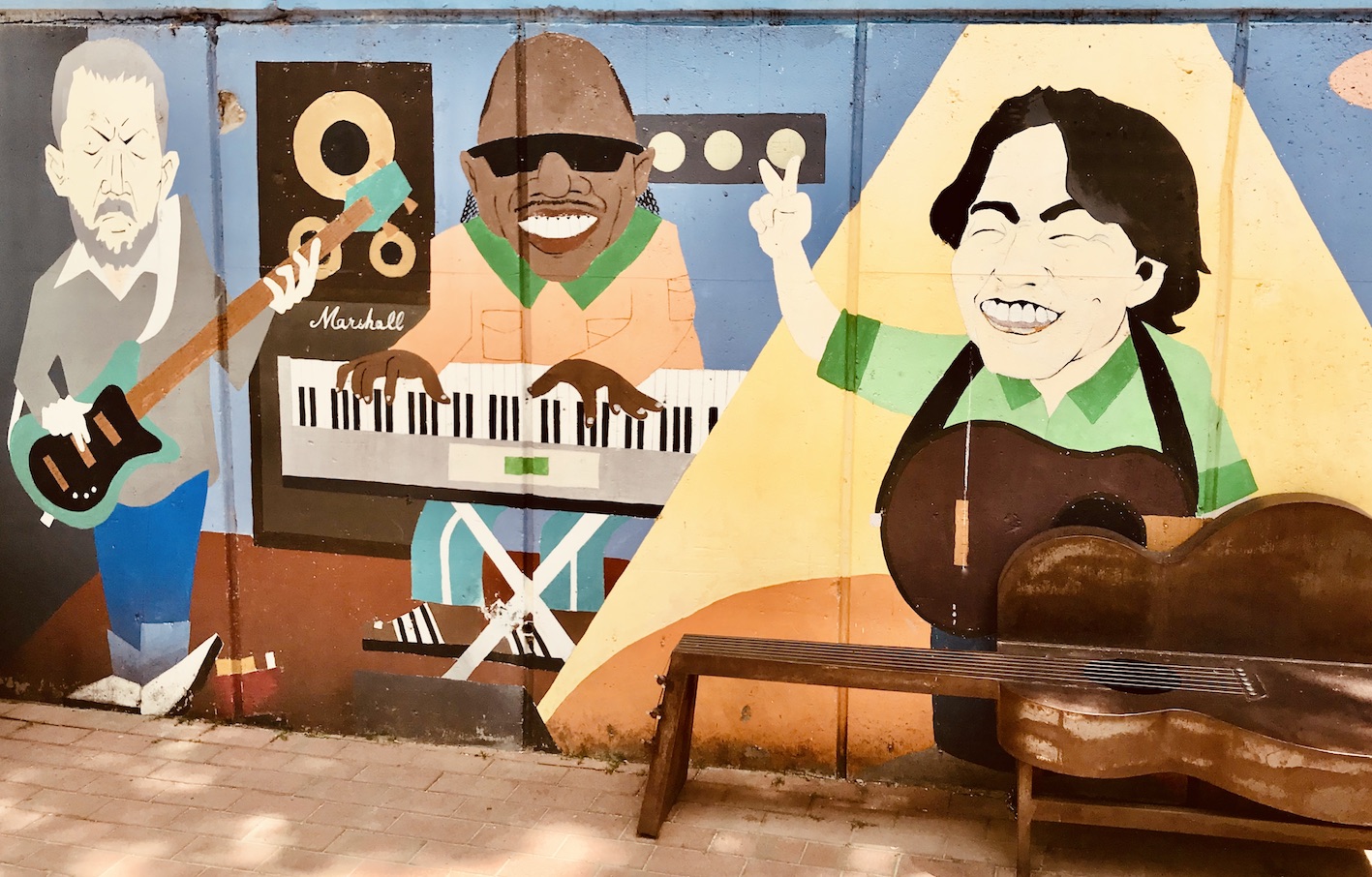 Towards the end of the street, just before the Kim Kwang-seok Museum, stands a curious mural. Strange, and yet it got me thinking about what kind of music you’d get from a band featuring Kim Kwang-seok, Eric Clapton, Stevie Wonder and Kurt Kobain (on drums!) As for Kenny G, I can’t work out what he’s doing there. 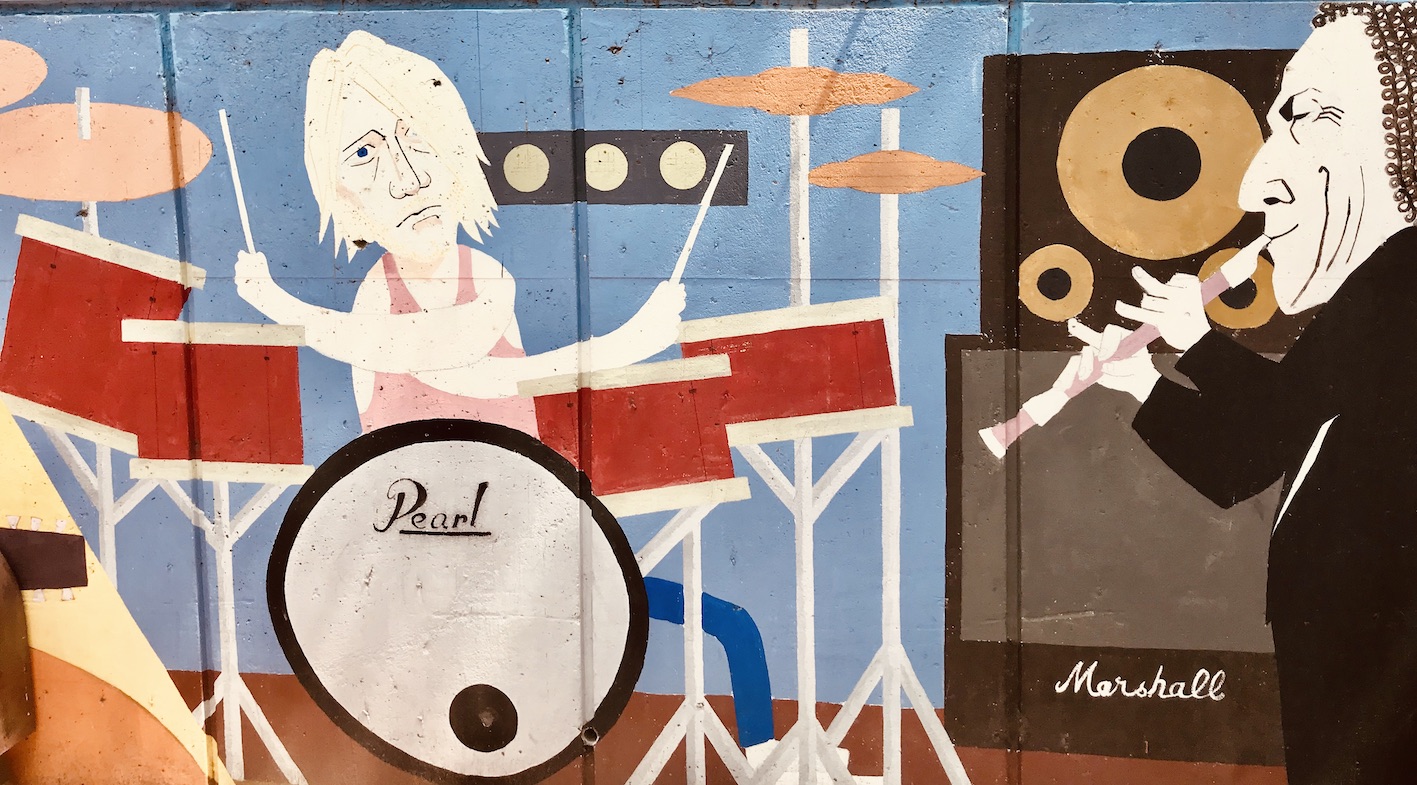 A visit to Kim Kwang-seok Memorial Street is certainly an essential part of a visit to Daegu. If you’ve never heard his music, have a listen to the below track, Becoming Dust, probably my favourite Kim song.