April 2019. Anyone who knows me understands only too well that I’m all about the coffee! It gets me going in the morning and motivates me in my endless quest to be as productive as possible.

Moreover, coffee reminds me that sometimes I need to take a break, put my feet up and appreciate the little details in the environment around me. South Korea is very kind to coffee lovers. In fact, it often feels like every third building is a trendy café of some sort. 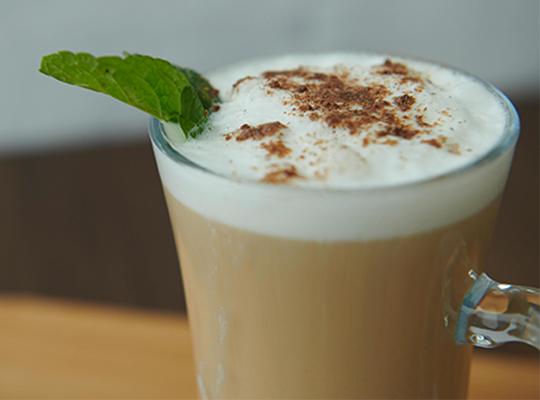 You may be surprised to read that the nation’s so-called coffee capital is actually Daegu and not Seoul. Yup, they say Daegu has the greatest number of coffee shops per capita.

Wonderboy and I dipped into countless cafes during my week exploring the city. However, it wasn’t until my final day that I decided to pay a visit to Dongseongno Café Alley, a 180 metre street home to a cluster of specialty coffee shops. 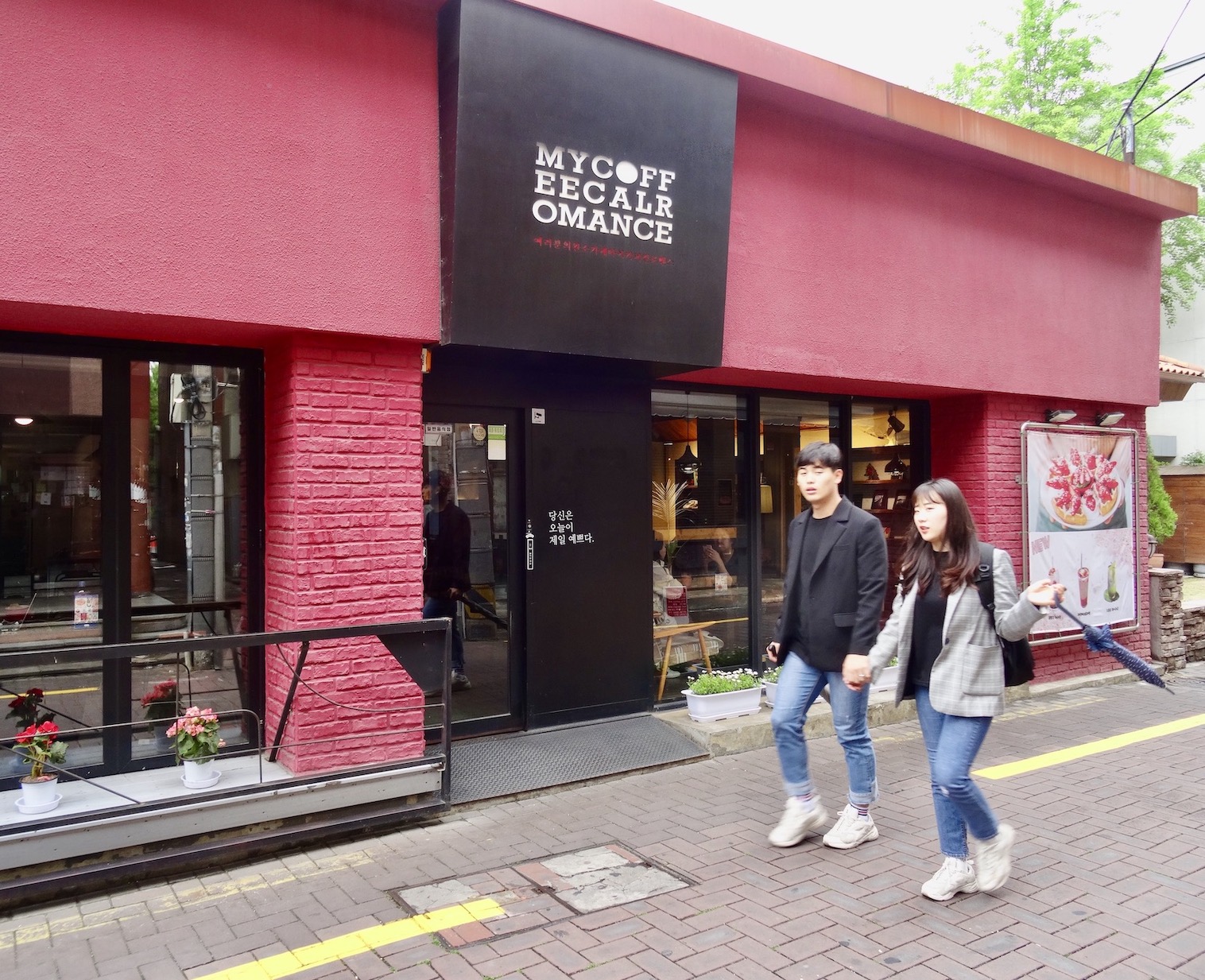 This cosy street dates back to 2010 when Da Vinci Coffee, now sadly departed, became the first coffeeshop to open here. On the day of my visit the alley was incredibly sleepy, not much happening on a grey, weekday April morning.

The first joint I came across was the wittily named My Coffeecal Romance. It tickled me so much, I decided to head in and have my first coffee of the day. 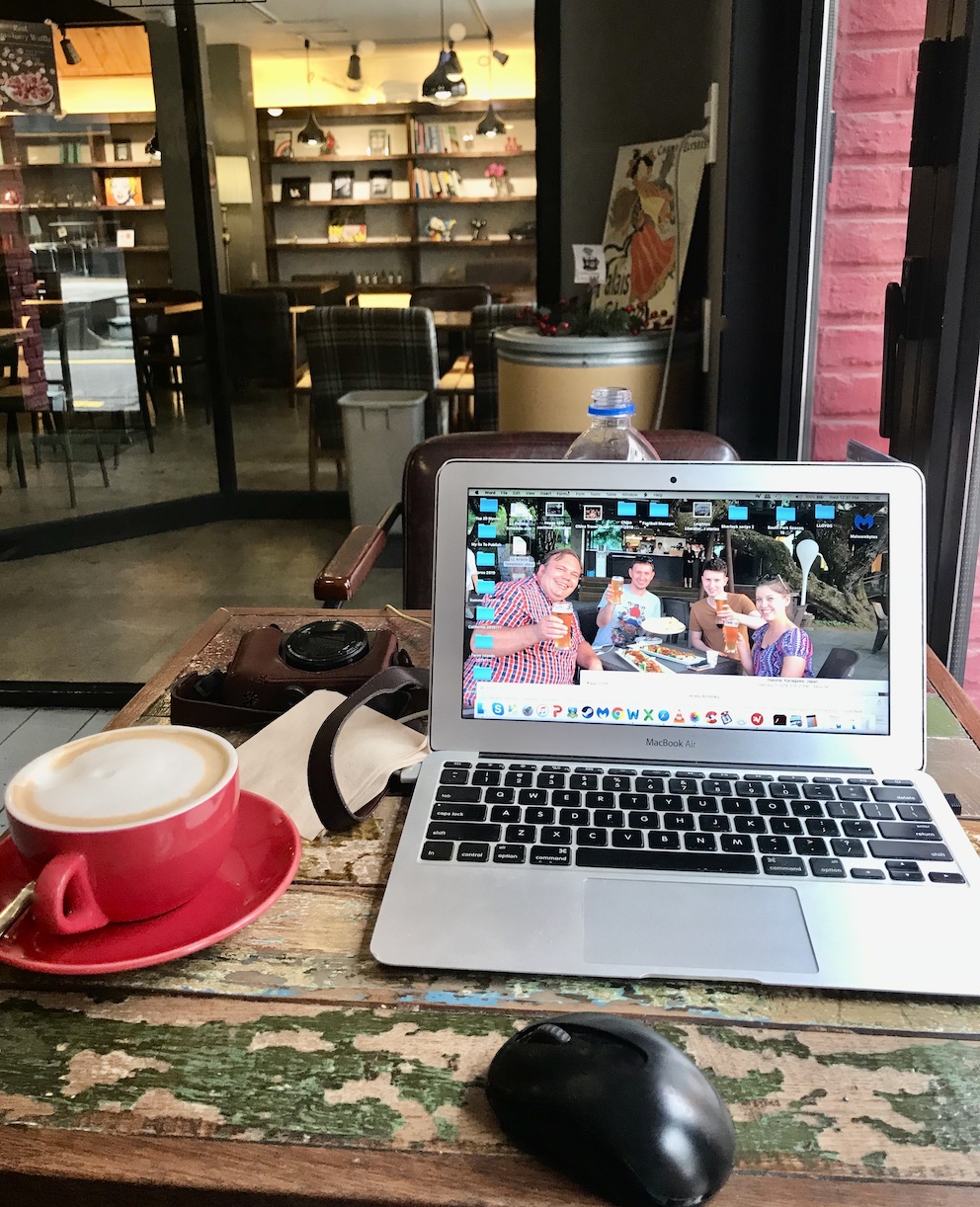 I was the only customer at My Coffeecal Romance that morning, thus I had the pick of the seats. Having grabbed a window table overlooking the alley, I presented myself to the largely disinterested girl behind the counter. Ordering a Vanilla Latte, I figured on doing an hour’s work and then moving to another place.

Don’t get me wrong, I LOVE a quiet café. But this place was DEAD and eerily silent, not even a touch of background music. Moreover, the latte itself was staggeringly average. Not exactly what I’d had in mind, hence I cut my stay short and took a stroll to see if I could do any better. 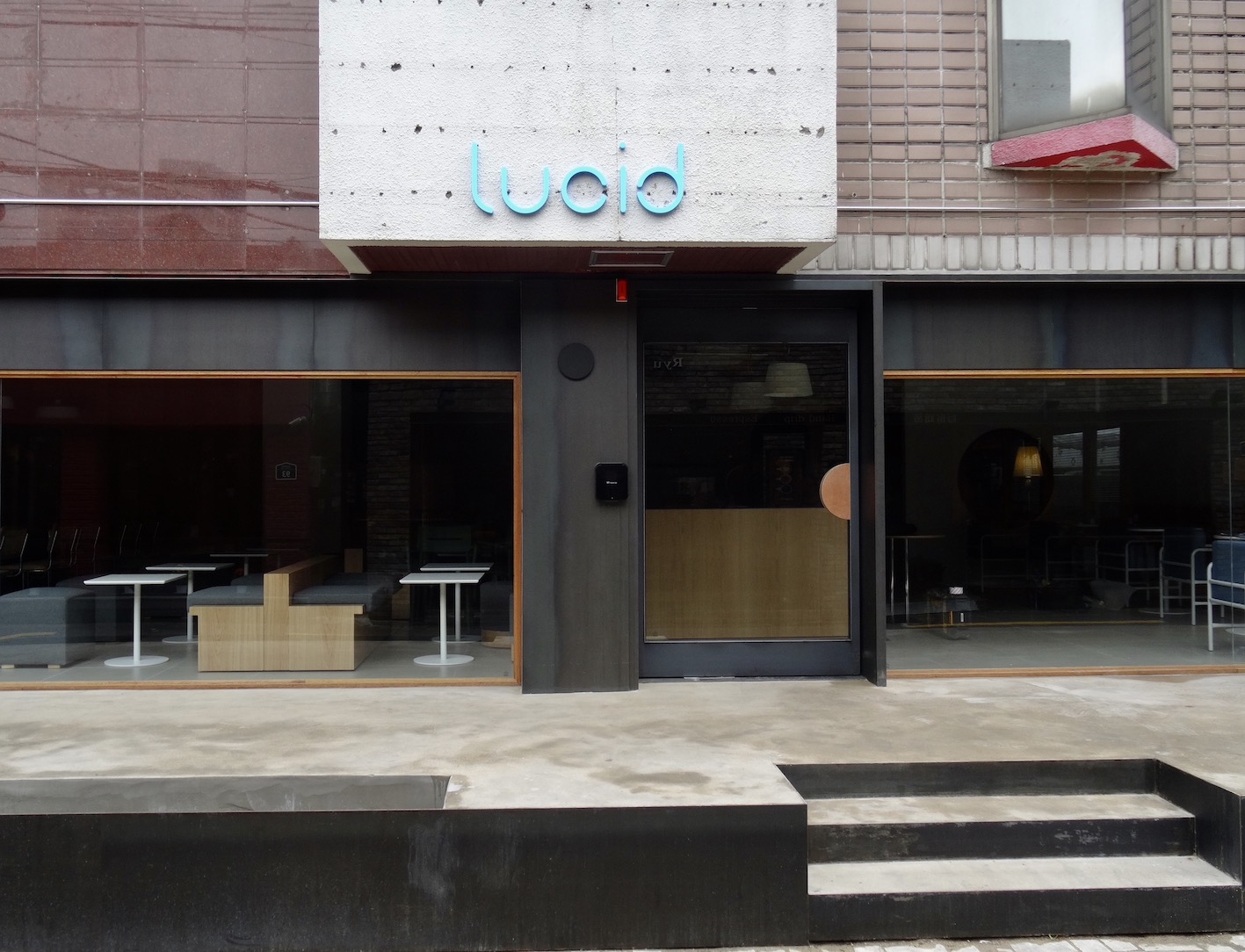 The next disappointment came in the form of Café Lucid, one of Dongseongno Café Alley’s most recommended drinkeries. Famous for their cozy, vintage vibe and heavenly Binsgu desserts, I arrived to find the place closed.

Not an “it’s too early” or “we don’t do Mondays” kinda shut. Rather, this was a special brand of unavailable that involved a workman drilling away in the darkness at the back. Oh dear. 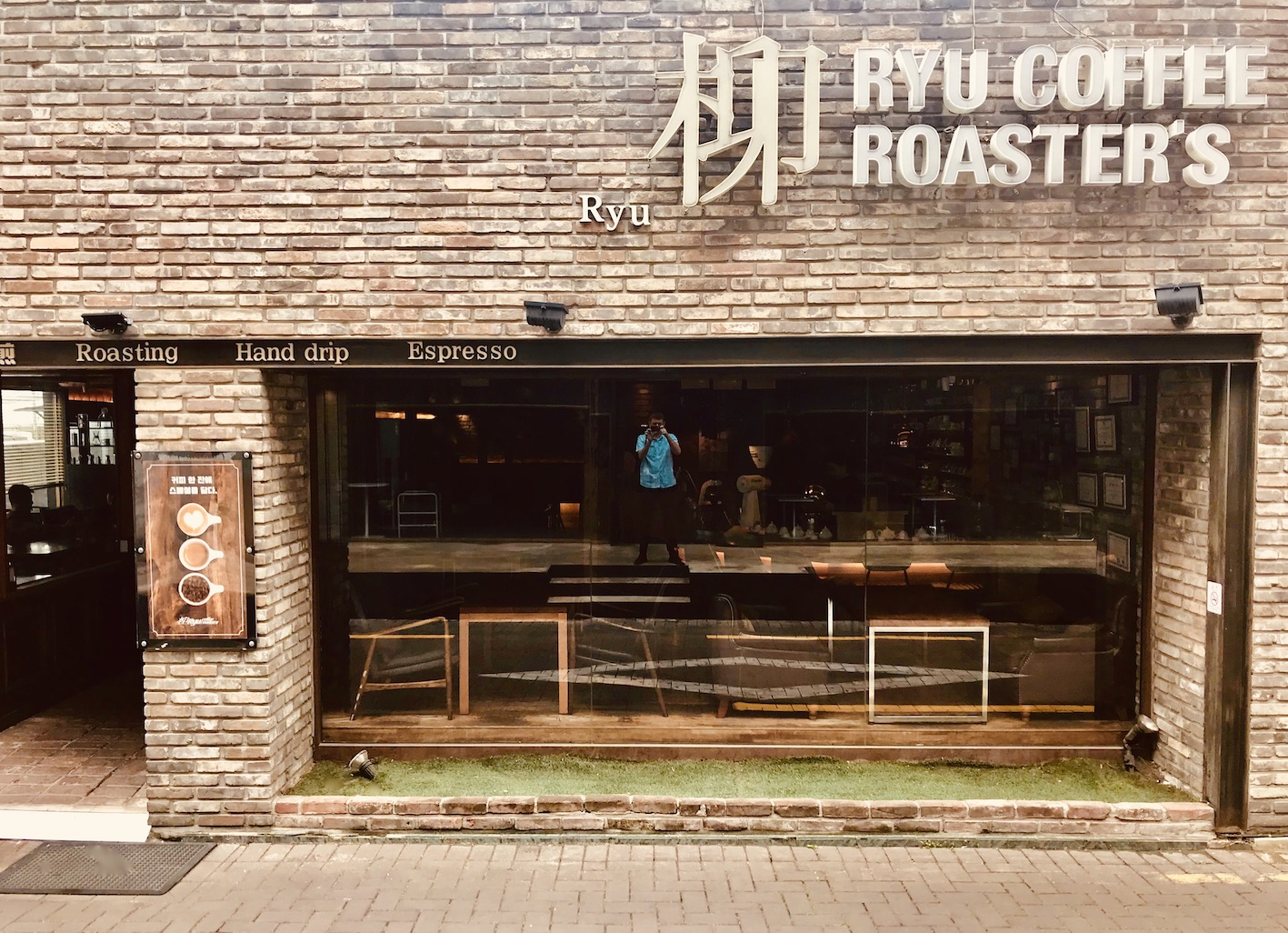 Just as I was starting to feel hugely underwhelmed by the Dongseongno Café Alley experience, I chanced upon Ryu Coffee Roasters. As soon as I walked in, I instinctively knew that I’d struck gold. Third time lucky and all that. 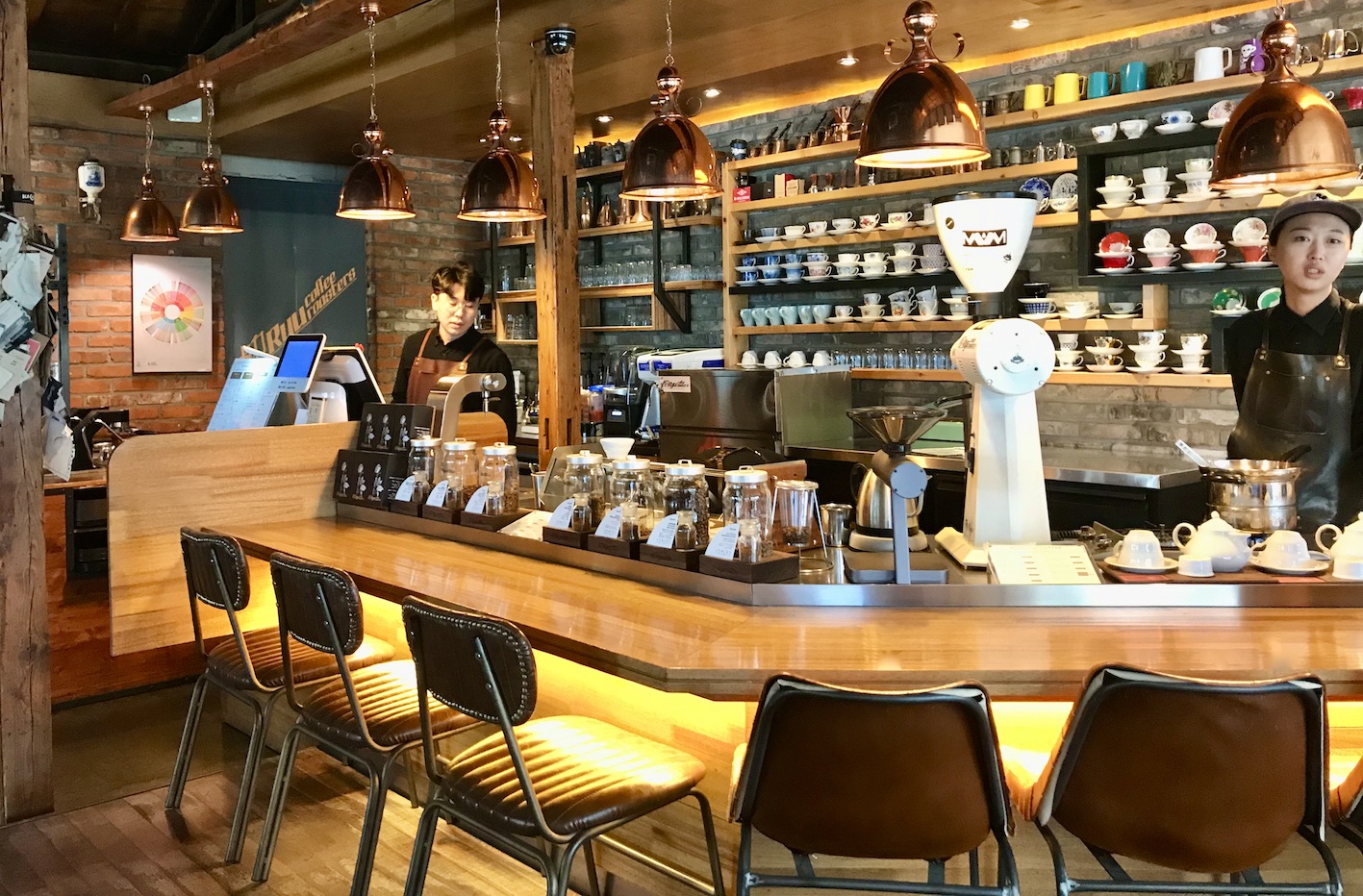 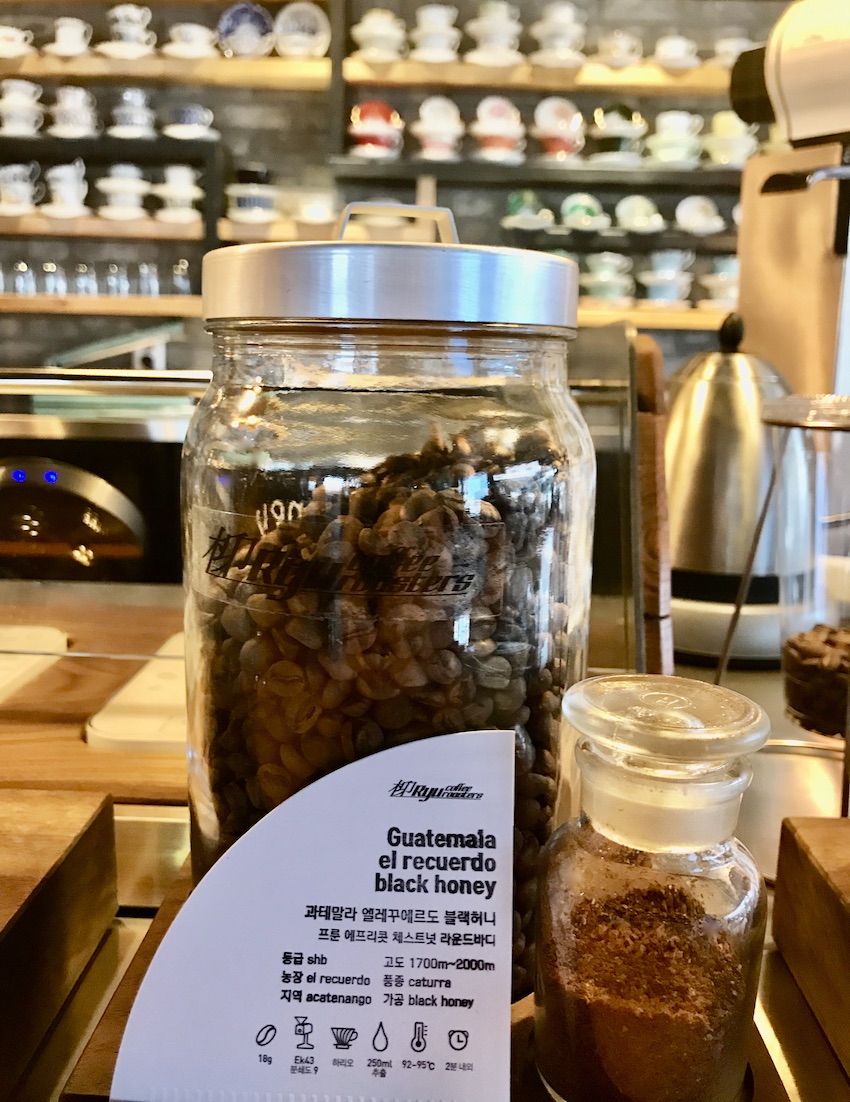 Settling down in a quiet corner, I looked over the menu and grimaced at the prices. Finally, after changing my mind several times, I thought screw it, let’s go for the Guatemala el Recuerdo Black Honey roast. 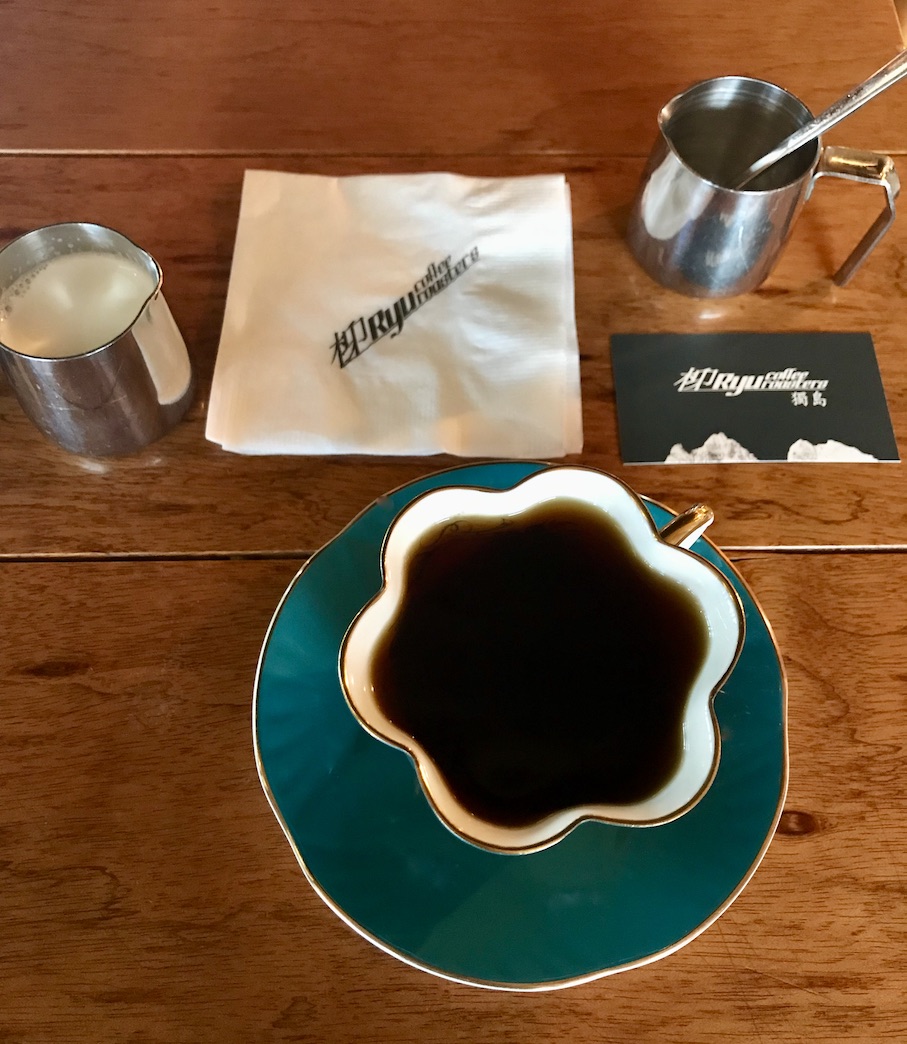 A seriously good (and pricy) cup of coffee.

Amusingly, I had to make a special request for milk and sugar. The waiter looked quite bemused and clearly had me down as some kind of coffee philistine.

Nevertheless, he trudged off to fetch my luxuriant additions. The coffee was, needless to say, excellent and it felt like the morning had been salvaged! 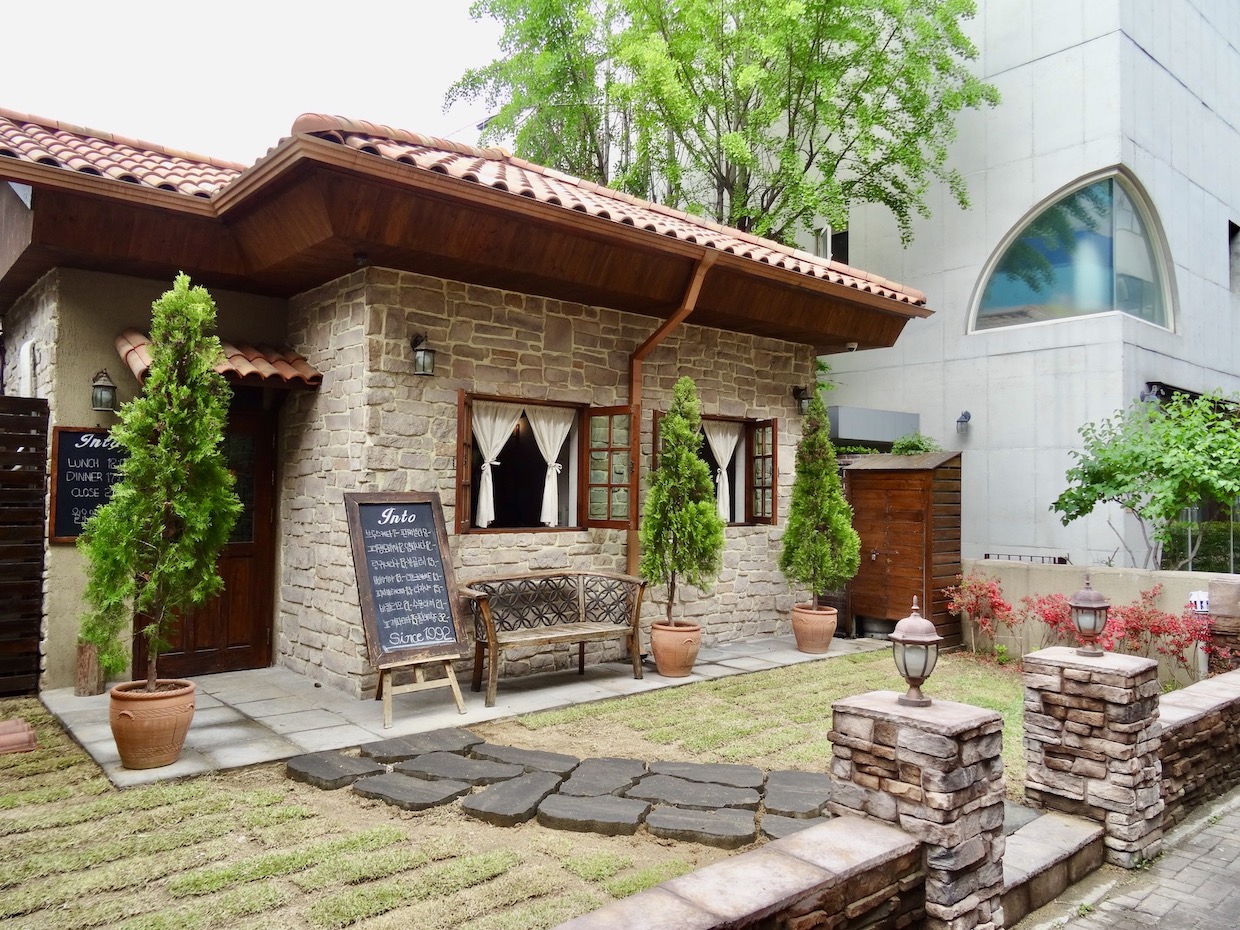 In recent years the alley has branched out with the opening of several boutique stores and a handful of fancy eateries. One of these, Into Restaurant, is a tiny, four table place that some say serves the best Italian food in the city. 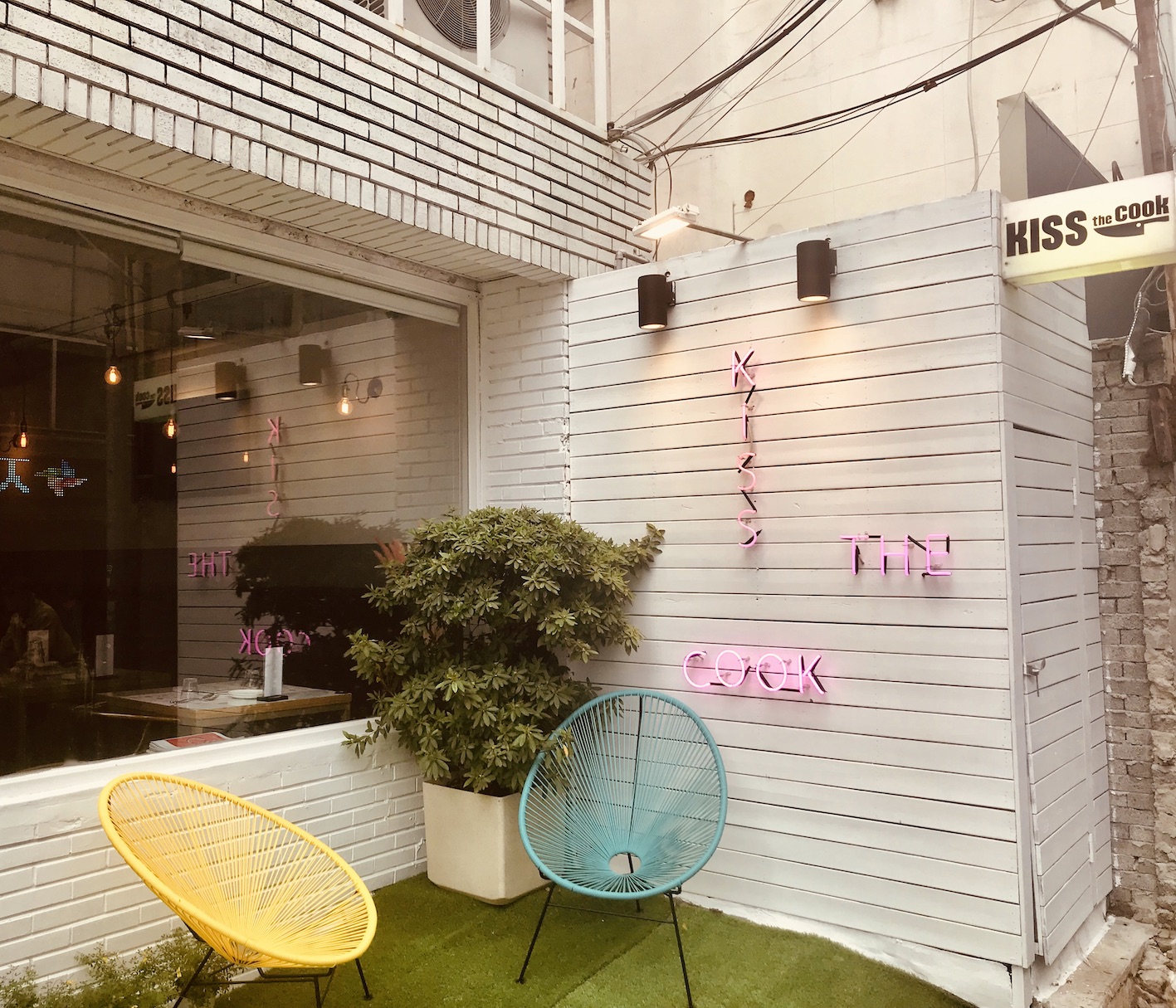 Kiss The Cook gets similarly rave reviews. While they also do pizzas and pasta, these guys are best known for their steak and seafood dishes. Antique decor and fresh flowers on each table maintain the alley’s well-to-do vibe. 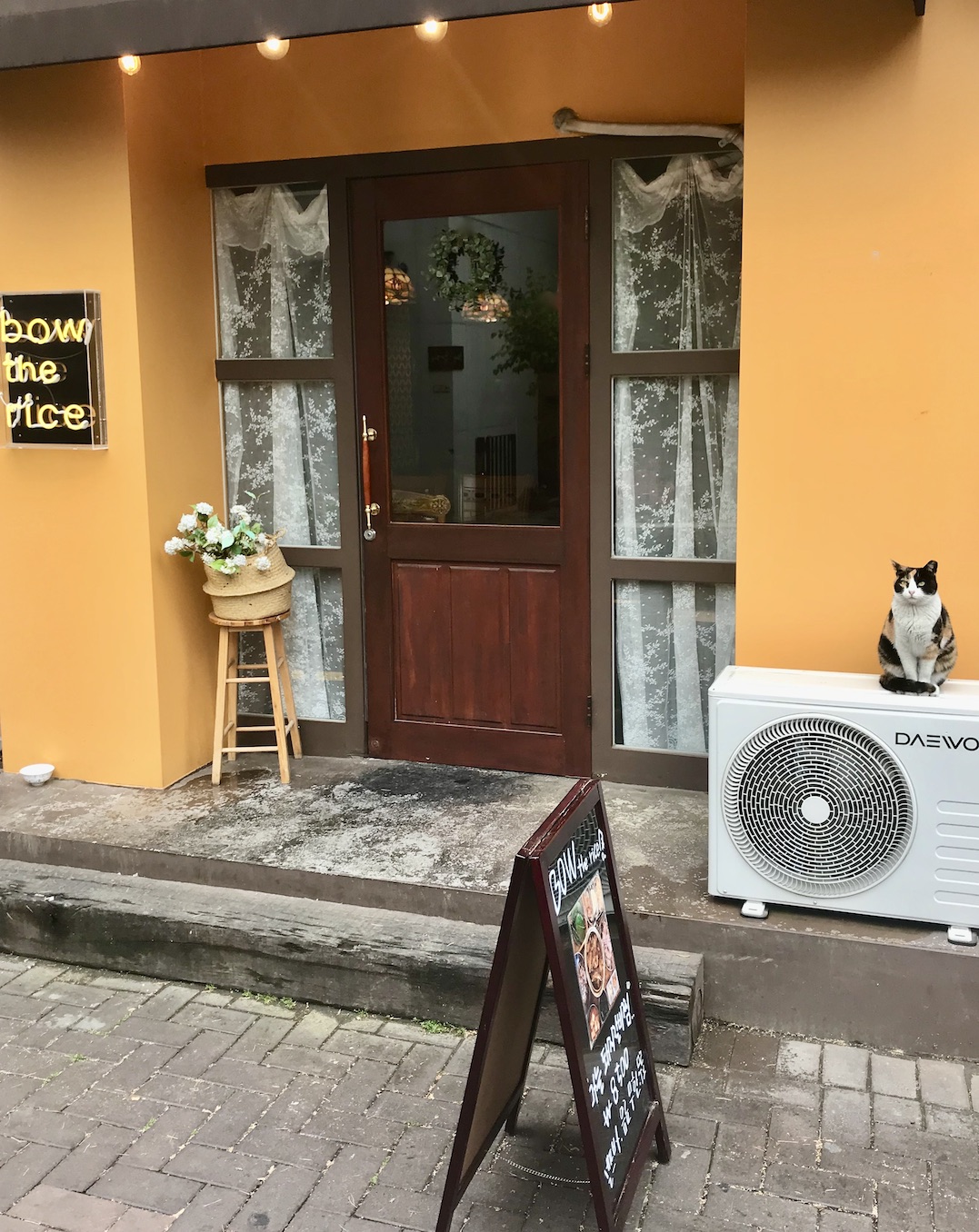 Completing a trio of oddly named restaurants, Bow the Rice is Dongseongno’s choice spot for fusion fried rice and noodle soup concoctions. They also have a decent range of barbecue dishes.

With a lively restaurant scene complimenting the street’s reputation as a coffee Mecca, Dongseongno Cafe Alley is a great Daegu neighbourhood for food and drink.