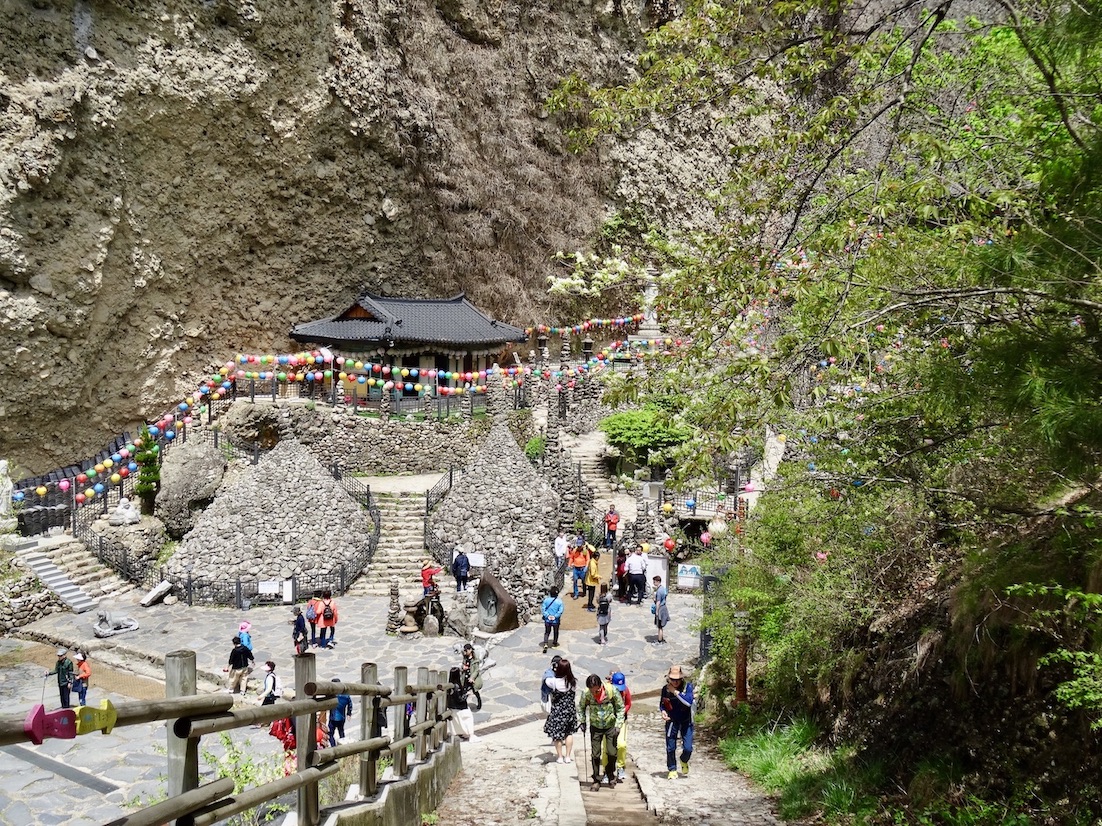 Want to get the full picture? Before reading, why not start with my article on Maisan Mountain.

April 2019. I thought I’d seen it all when it came to temples. But deep in the heart of southwestern Korea sits a frankly staggering temple unlike any other. It’s called Tapsa Temple and it had been quite a journey just to get here. It began with a bus to the rural outpost of Jinan from the city of Jeonju.

From there, we embarked on a hike to Maisan Mountain Provincial Park, followed by a further expedition up Maisan Mountain itself. Finally, we had arrived at one of Planet Earth’s most unique temples. An amazing complex born from the singular vision of one man. 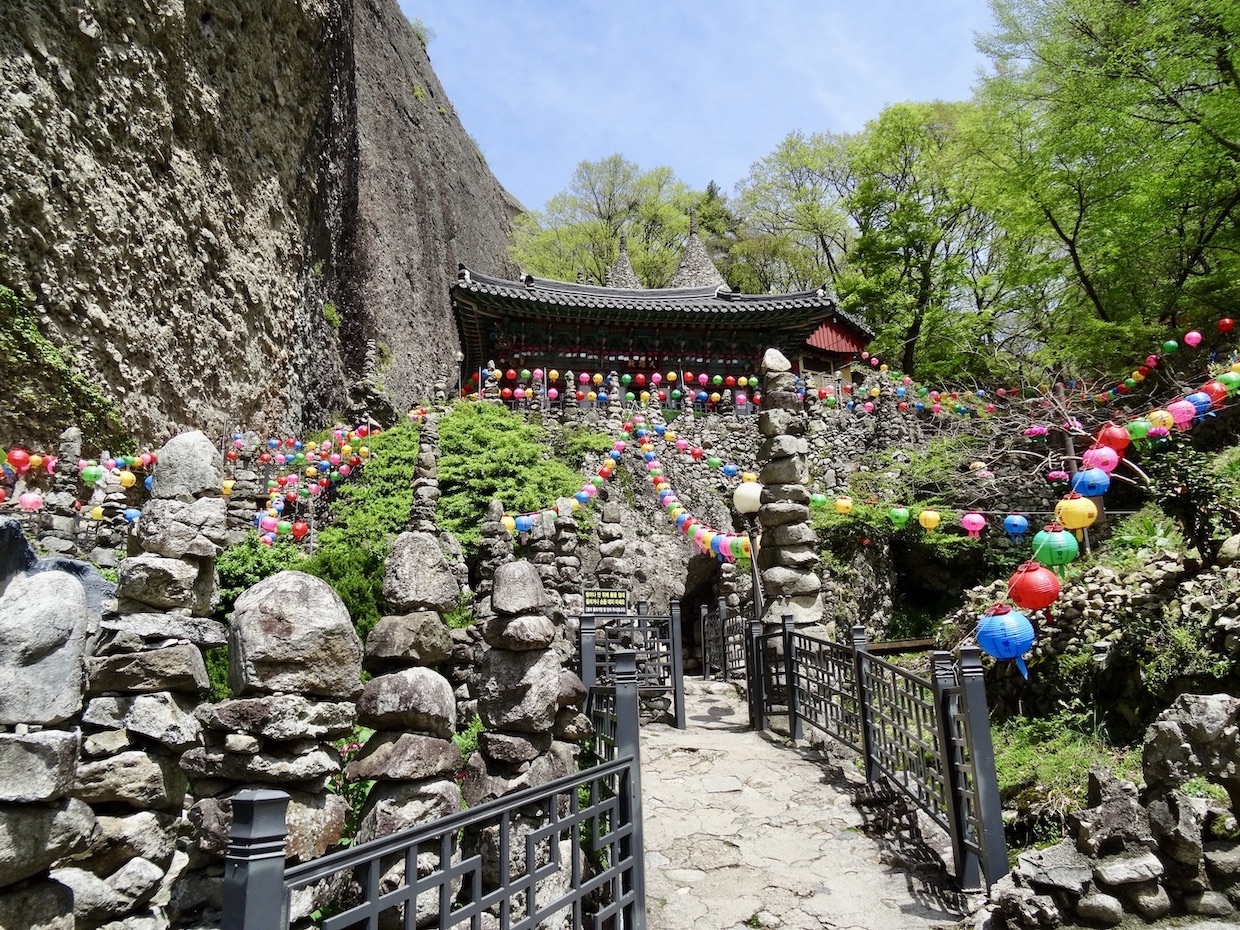 In 1885 a 25 year old man, Yi Gap Yong, arrived at Maisan Mountain to set up a private camp from which he could meditate.

He loved his little spot so much, Yong decided to make it a permanent home and later became an ordained monk. Slowly but surely, he established Tapsa Temple over a painstaking thirty years. 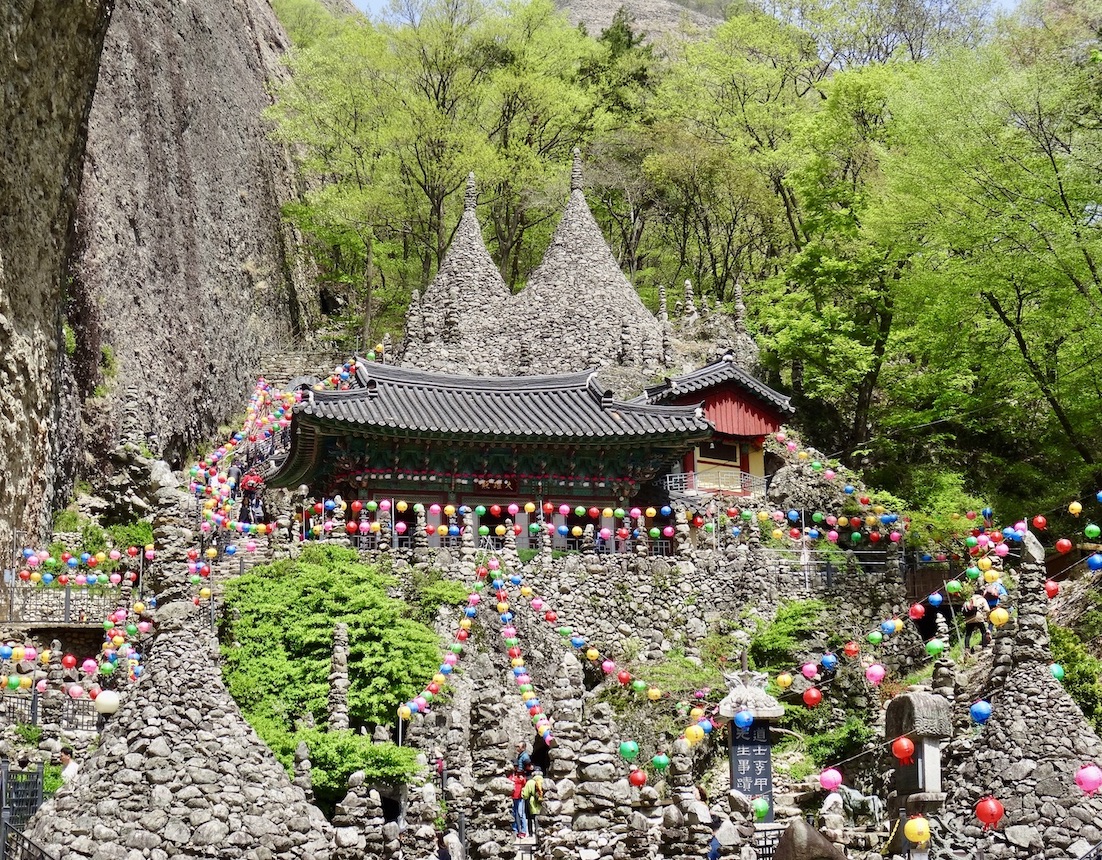 Yong carefully built over a hundred conical stone pagodas to decorate his home. Moreover, he did everything alone by hand, without mortar. Some of these rock piles are huge and, experts say, almost certainly took several weeks if not a month to make. 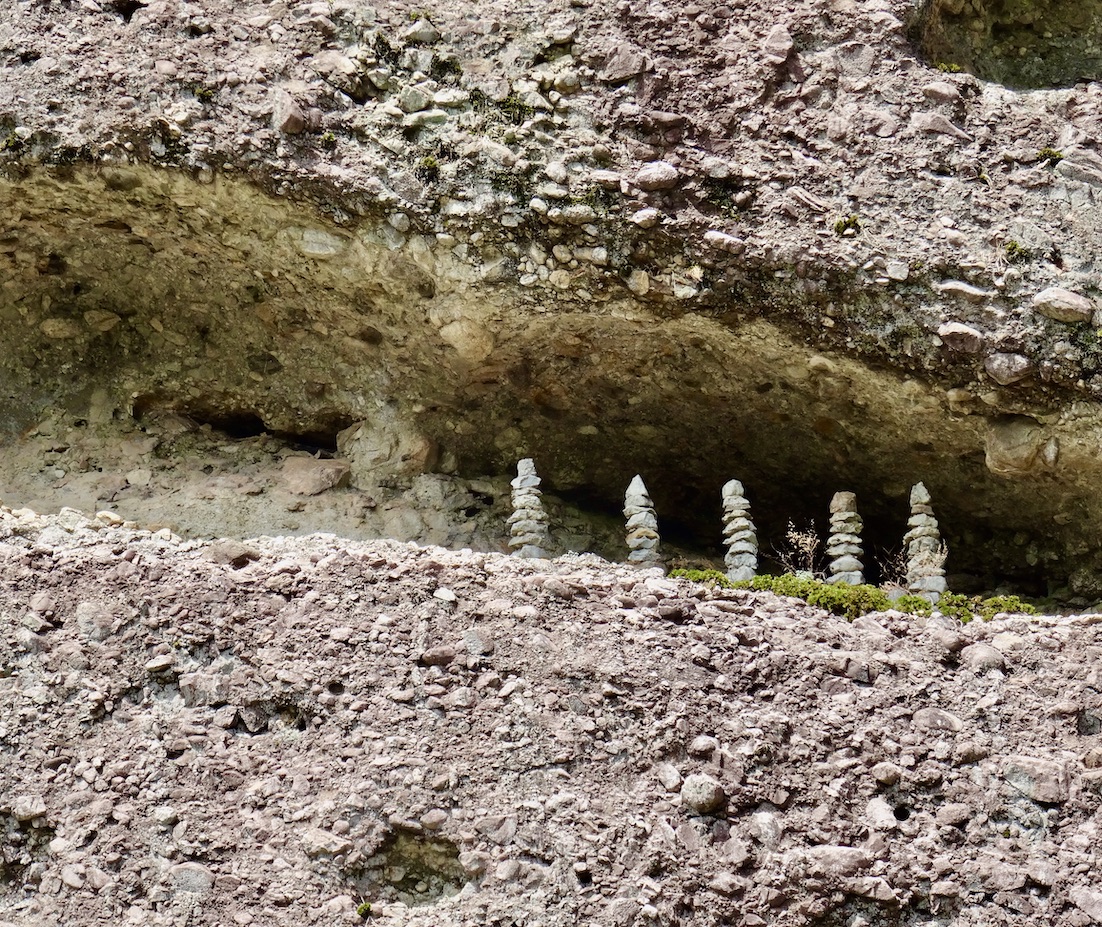 The smallest of the temple’s pagodas.

Other tiny piles lay in cracks in the cliffs. You just have to wonder how on earth he managed to get up there! And what exactly was going through his mind.

Local historians say he likely cut some of the rocks from the mountain itself, in addition to those sourced from the surrounding forest and streams. 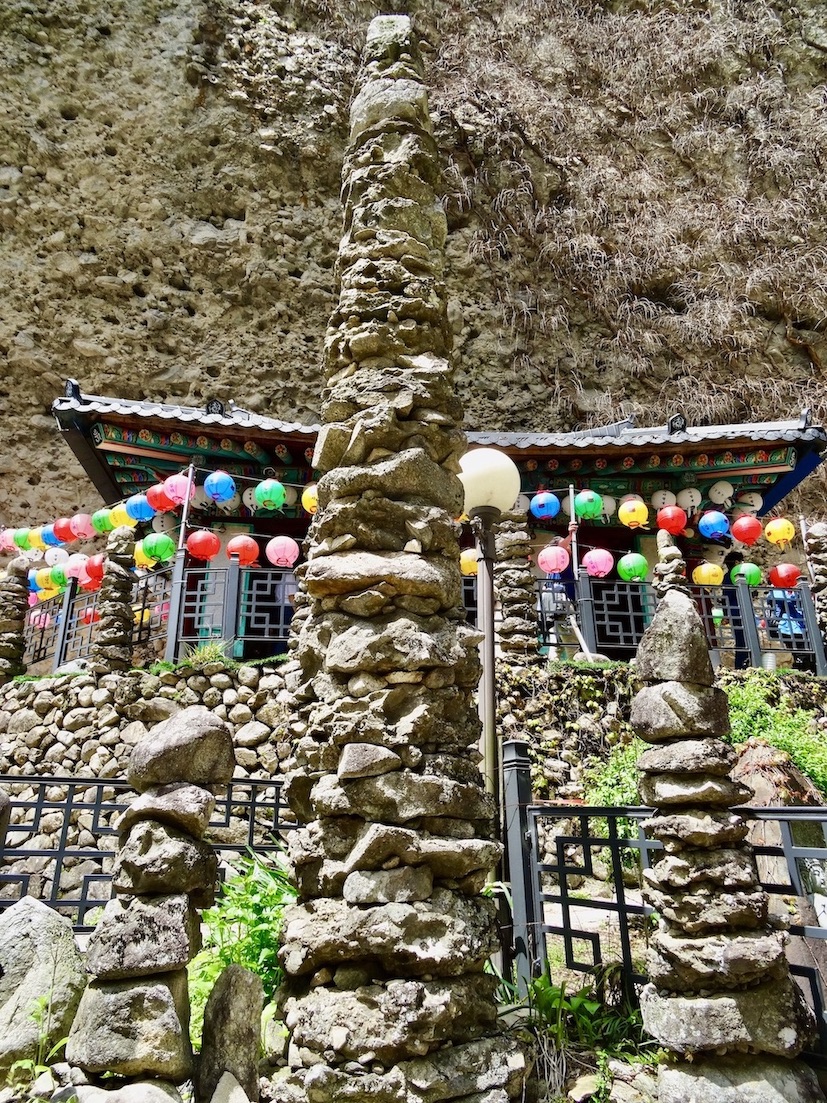 How did Yong do it? Firstly, he made a stone circle, before adding additional rocks inside. He then proceeded to lay more and more stones in position, forming a sort of conical pyramid. He solved the problems of gaps between the stones by cramming in as many pebbles that would fit.

Yong topped his pagodas off with a series of flat stones until his towers reached the desired shape and height. It’s all very yin and yang. Why he did it exactly is a more difficult question to answer and one that has baffled historians to this day. 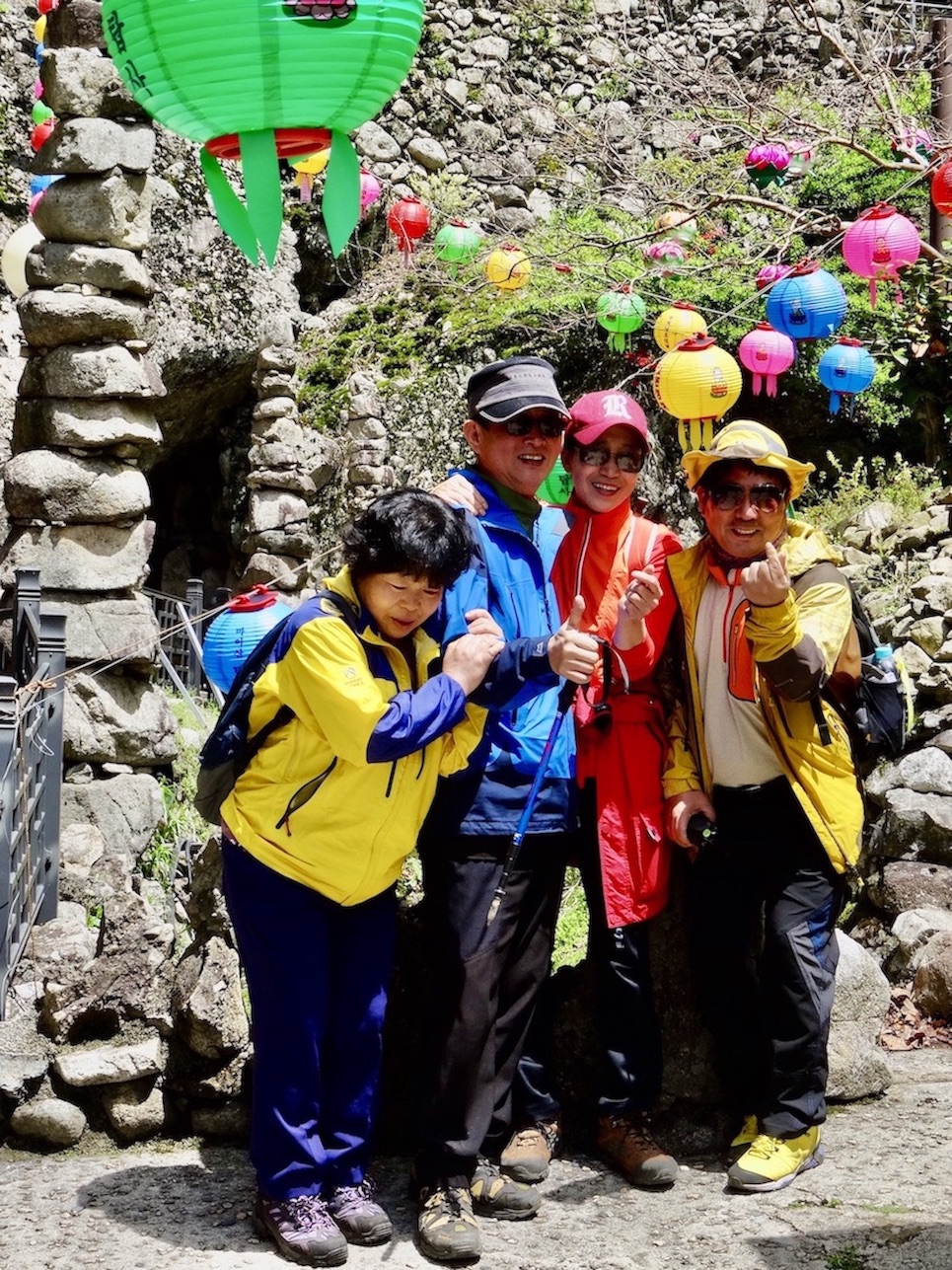 Photo 3001 for this Korean family.

It was busy at Tapsa Temple that afternoon. In fact, the general chaos actually succeeded in souring the experience somewhat. I tried to wait patiently for large, noisy, swarming groups of tourists to pass on by.

I also ignored, through gritted teeth, those who barged in front of me as I was lining up a photograph. Then waited again as they proceeded to take the same photograph over and over again. 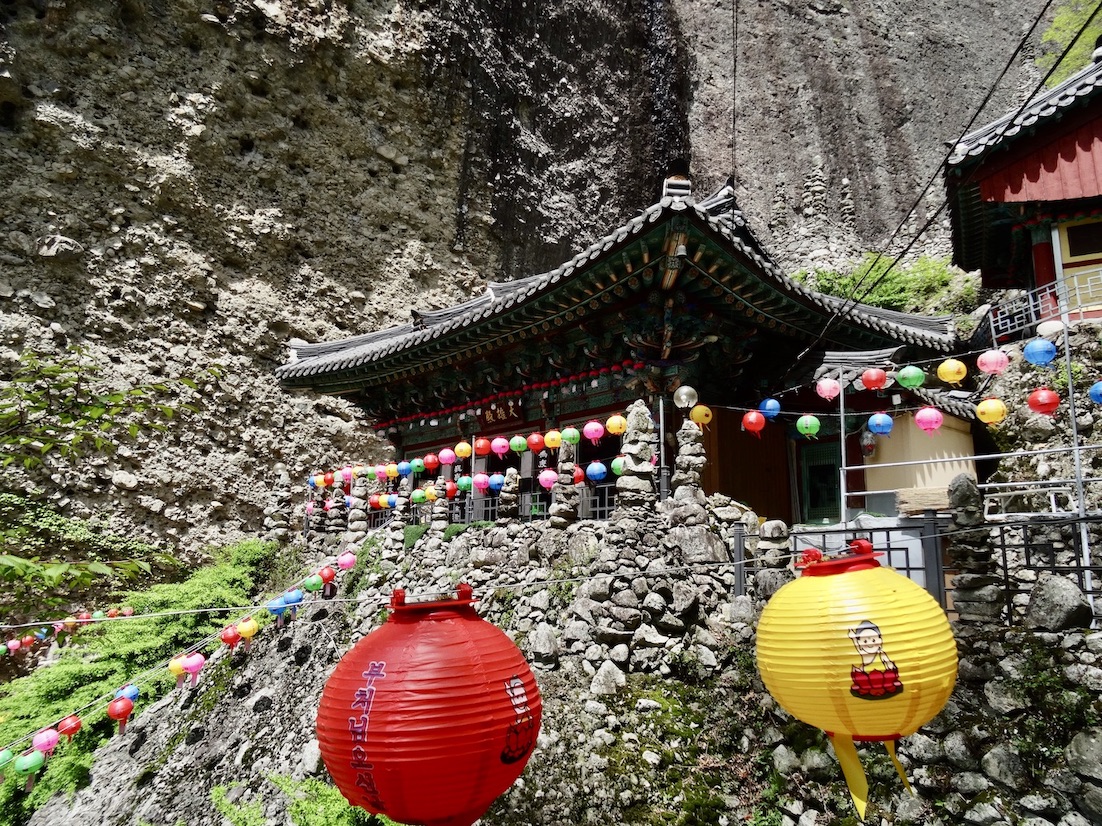 Gradually, we made our way up to the temple’s main shrine, perched upon a large stone platform. There were colourful lanterns lining the entire staircase and right along the narrow balcony, which provides fine views of virtually the entire grounds.

Visitors pay their respects to Tapsa Temple’s eccentric monk in the main worship hall, Daeungjeon. From what I could see, the typical offerings were left, including candles, fruit and monetary notes. 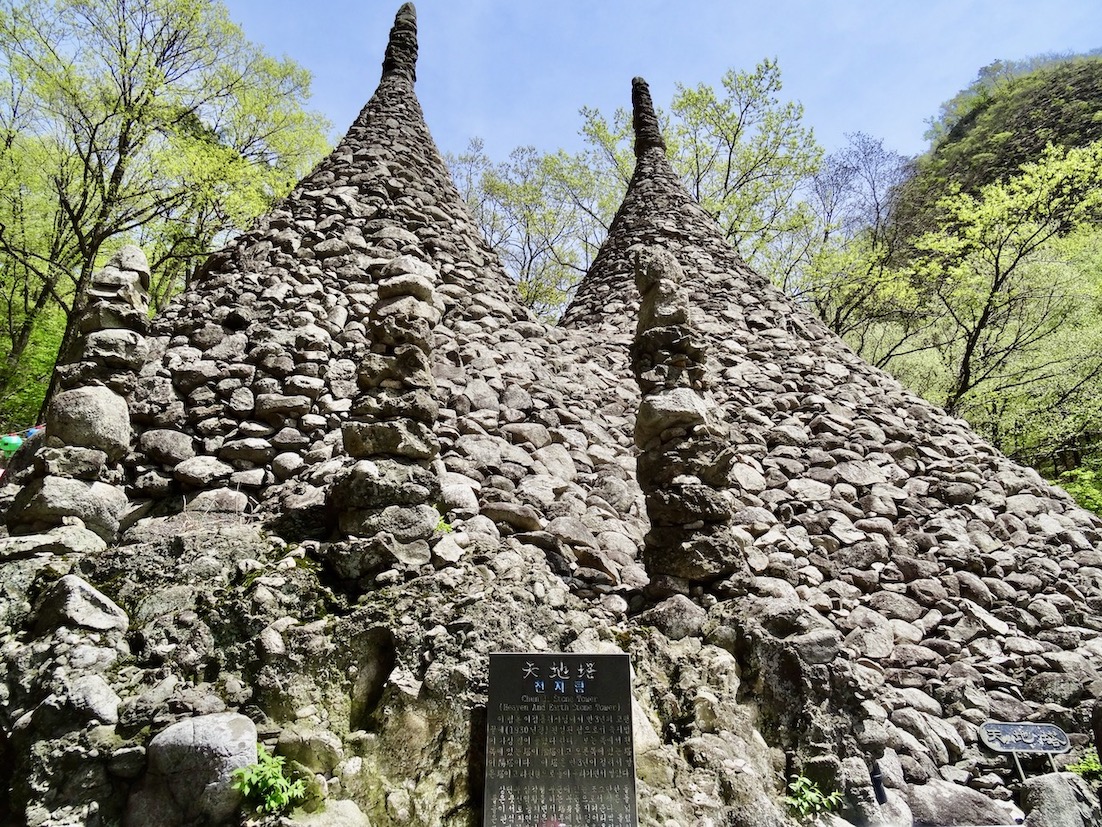 Yi Gap Yong’s greatest achievement stands right at the very top of the Tapsa compound, a further staircase up from the main altar.

Here you’ll find two beast pagodas, known as the Chun and Ji Towers. This translates as Heaven and Earth. I don’t know how long it took him to build these, but I imagine it was quite a while. 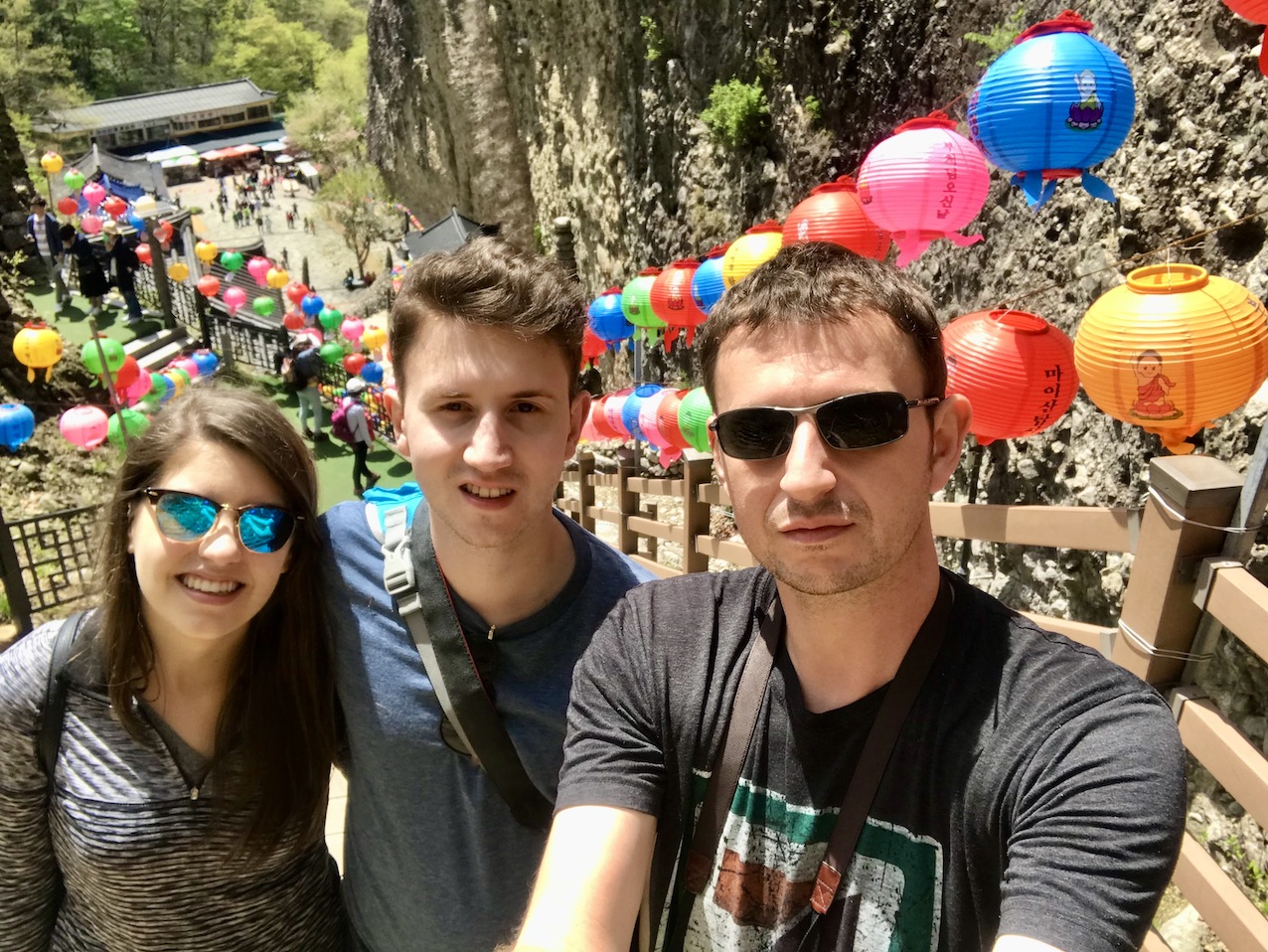 Yi Gap Yong was around one hundred years old when he died at Tapsa Temple in 1957. Today you can come and see his incredible legacy at Maisan Mountain.

While the mountain park itself is free to enter, you do have to pay a small fee to get into Tapsa. Just go and see the utterly charmless man in the wooden hut. He won’t thank you for it. 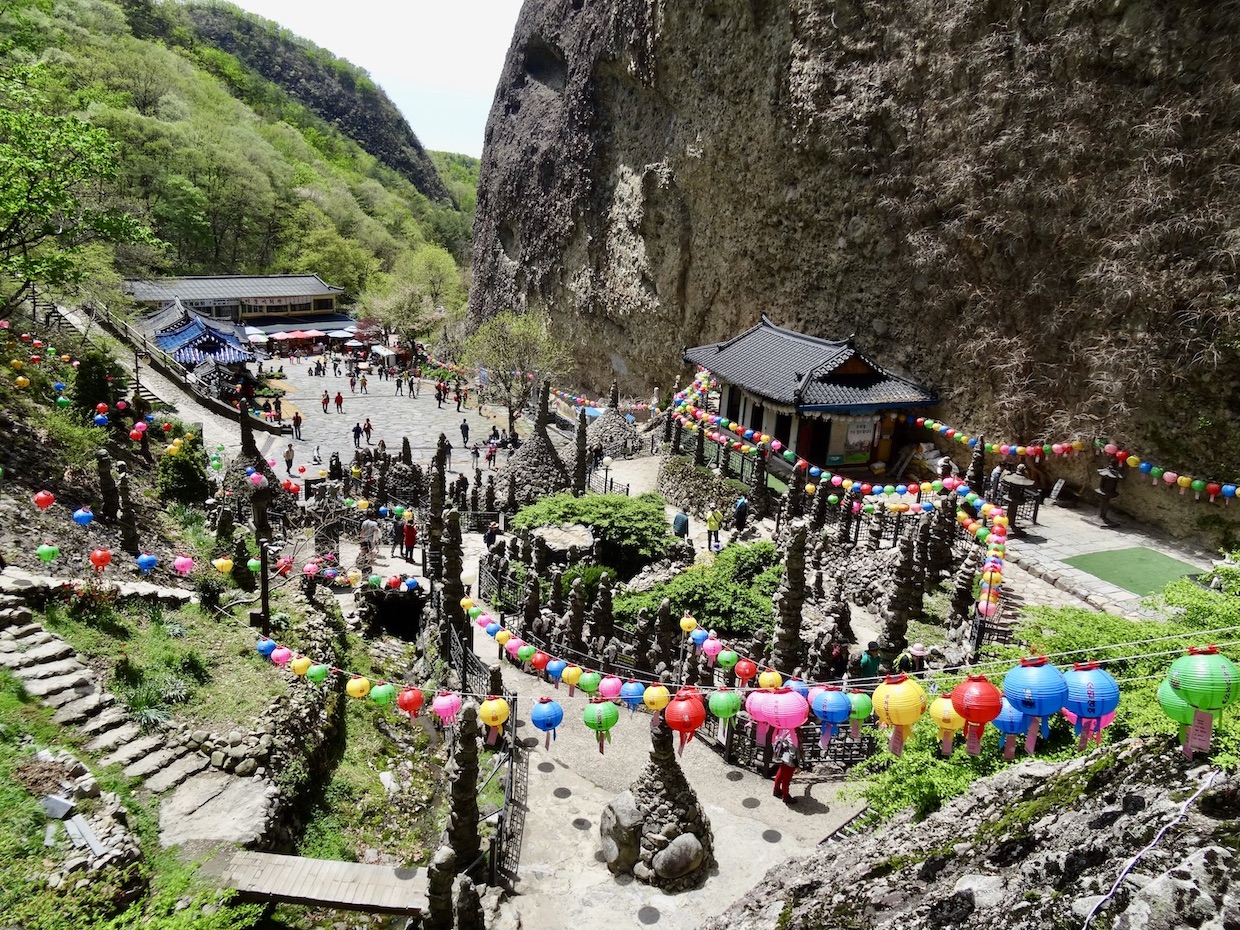