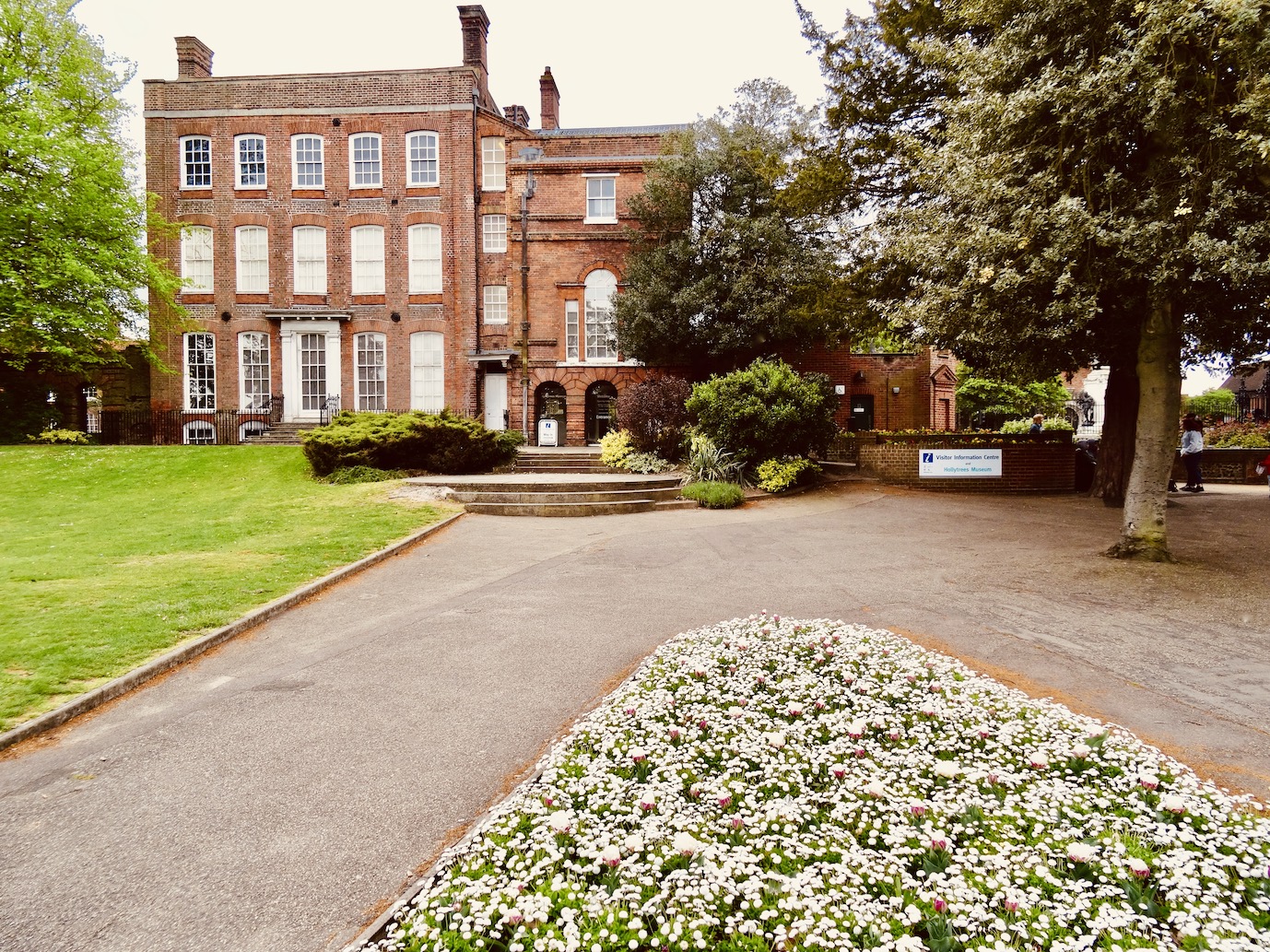 May 2019. If you’re coming to Colchester for a visit, you’ll almost certainly be heading straight to the town’s main attractions, Colchester Castle and the leafy confines of surrounding Castle Park.

While you’re exploring, keep your eyes open for the handsome Hollytrees Museum, a three-hundred-year-old Georgian townhouse lovingly converted into an exhibition of local life. The building dates back to 1718, when a rich old widow by the name of Elizabeth Cornelisen built it for herself. Just for kicks. 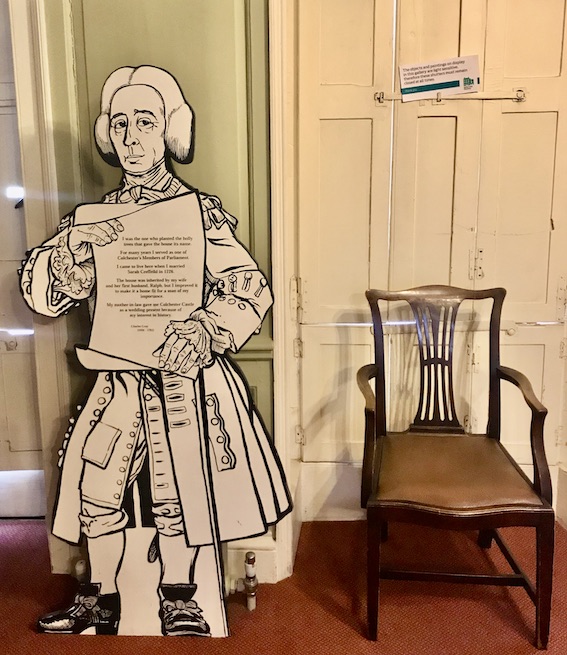 Sadly, Cornelisen died just a year later, without ever actually living in her new home. It was then inherited by her niece, Sarah Creffield, who lived here with her husband Ralph between 1719-1725. After Ralph died, Sarah married a prominent local man, Charles Gray. 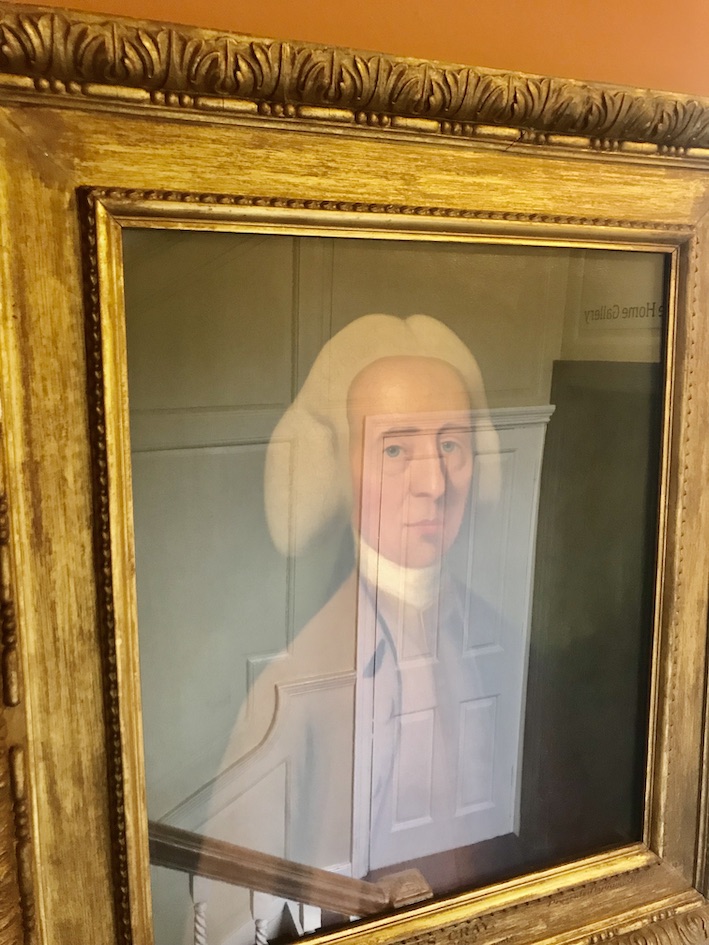 Gray was a keen historian, businessman and politician respected by just about everyone in Colchester. In fact, Gray was so well connected, he ended up receiving Colchester Castle as a birthday present from his mother-in-law!

Subsequently, Charles devoted a great deal of his time to improving both the castle and his nearby townhouse. Soon after moving in, he began planting the holly trees that gave the building its name. 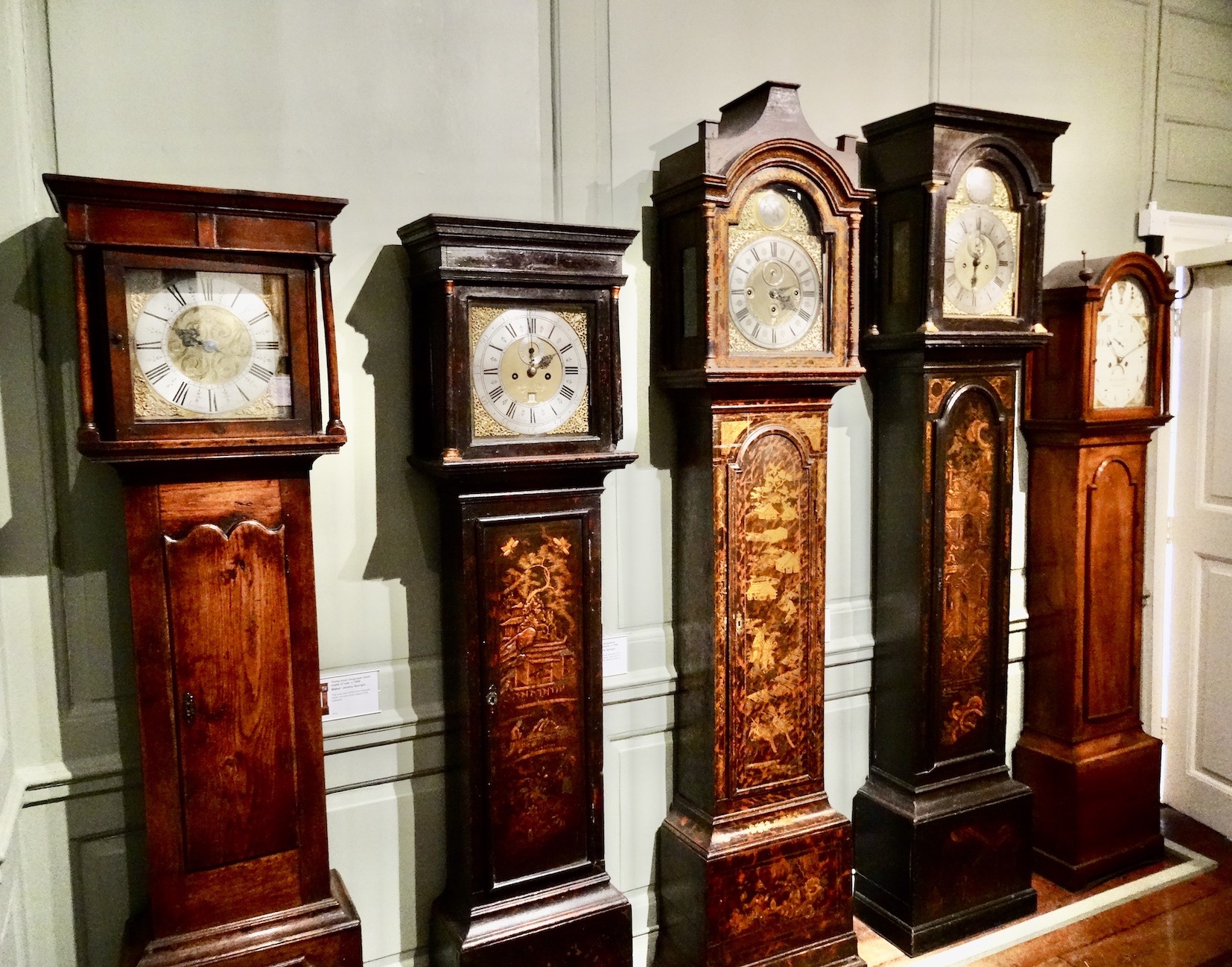 Colchester used to be a major clockmaking town. Gray kept a few antique clocks at Hollytrees, which eventually found themselves into the Bernard Mason Clock Gallery. Mason was a local businessman who spent his retirement seeking out and purchasing Colchester’s grand old clocks. 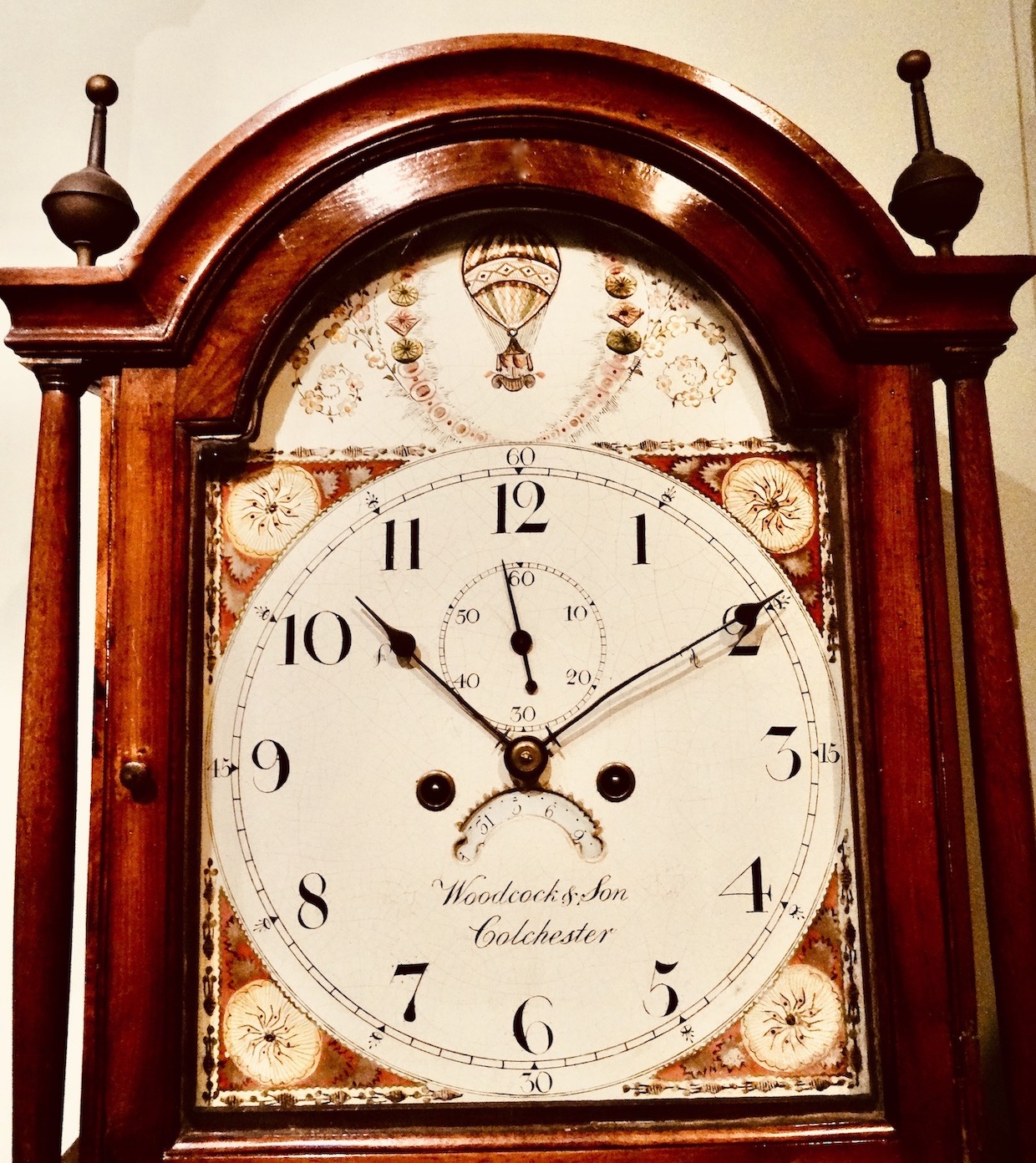 By the time he died in 1981, Mason had amassed two hundred clocks! He gifted his collection to the town of Colchester in his will, hence they finally ended up at Hollytrees Museum. You can see them neatly arranged in a tiny room on the ground floor. 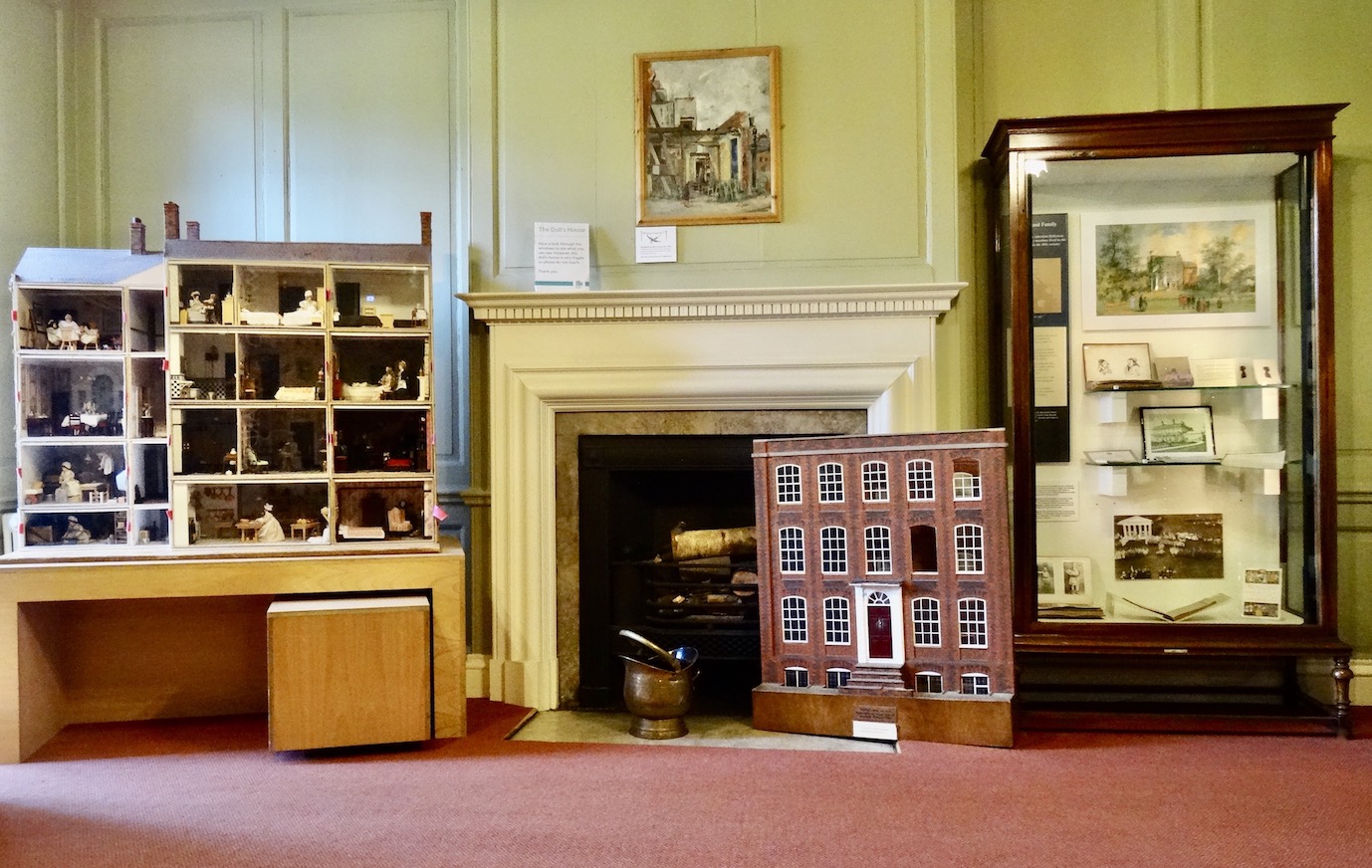 The Garden Room Gallery features old photographs and paintings of Hollytrees throughout the years. You can also discover a few heirlooms from the families who lived here.

In the 1800s the house was inhabited by The Round family, who were bankers and well-to-do landowners. Tucked away in a corner, I found myself drawn to this quite magnificent antique dollhouse. 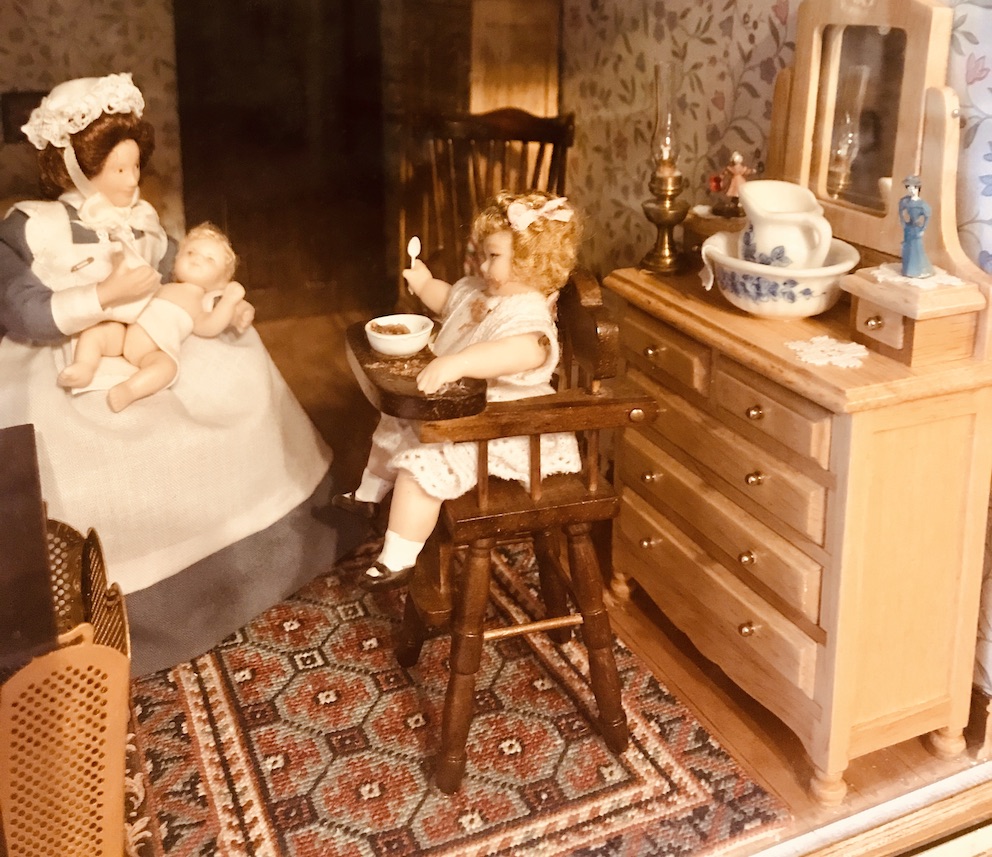 You can peer inside each of its nineteen rooms and admire all kinds of fine detail. Most of the dolls are tiny, smaller than the palm of one’s hand. A sign serves visitors a welcome reminder that this is an original antique doll’s house. So keep yer mitts off! 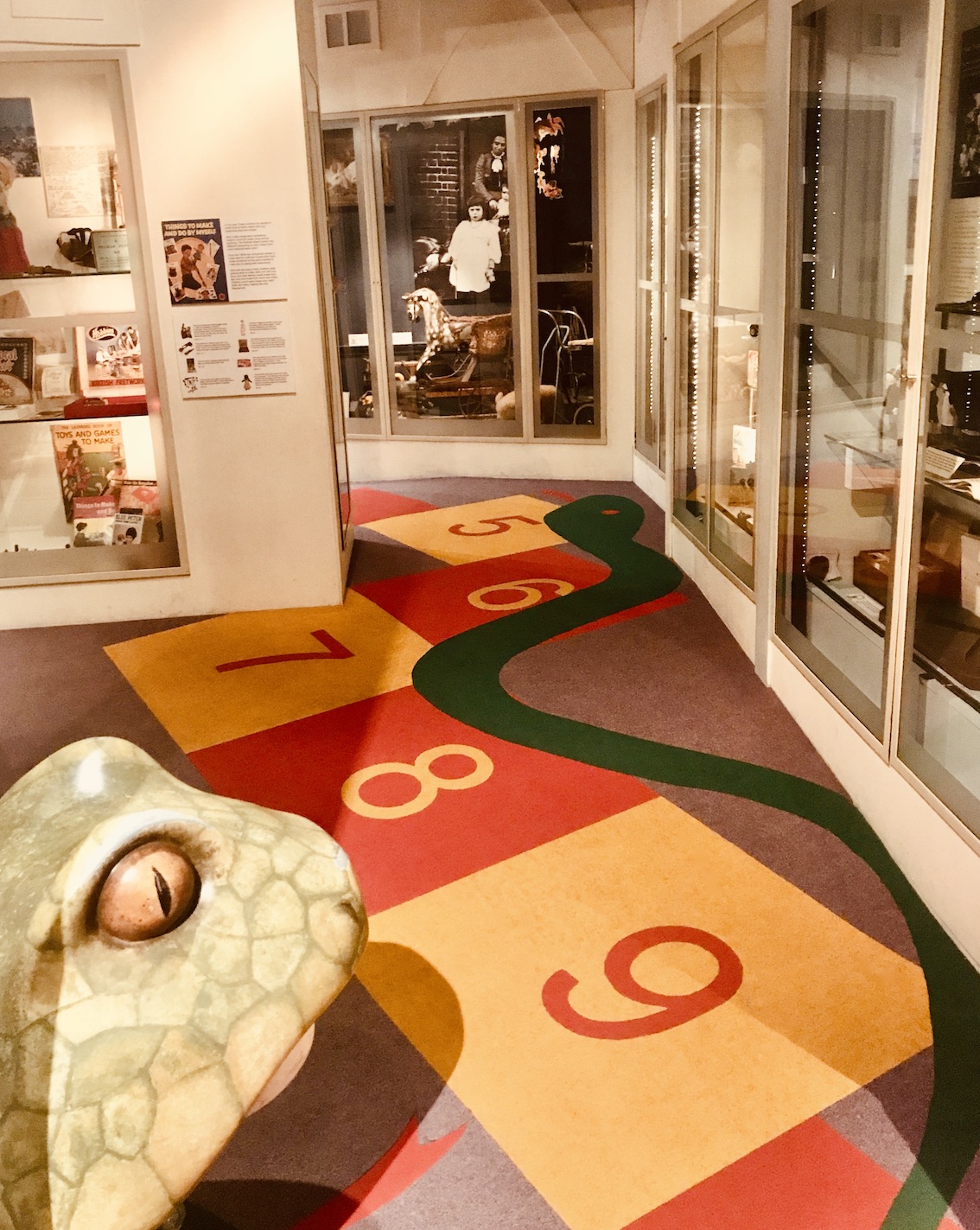 By the 1900s, Hollytrees was home to a number of tenants who rented out different parts of the house. It wasn’t until 1929 that the building, now owned by The Colchester Corporation, became a museum.

Head up to the first floor where you’ll find The Childhood Gallery and its impressive display of traditional toys, board games, musical instruments and books. They’ve even cleverly incorporated a Snakes & Ladders theme into the floor. 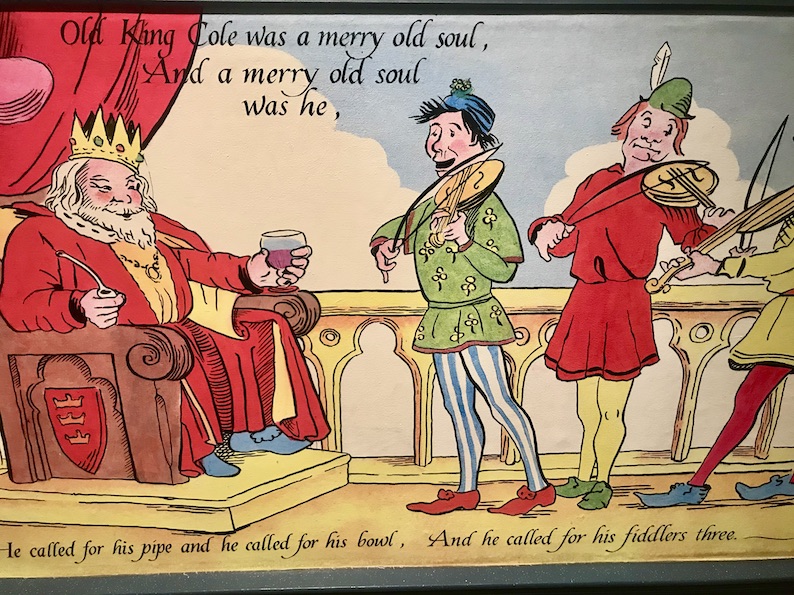 I particularly loved The Old King Cole wallpaper! Moreover, I’d been oblivious to the fact that Colchester has a claim on Old King Cole’s vague identity. Several historians believe the king in the popular British nursery rhyme to be Coel Hen, aka Coel The Old.

Coel was a Welsh-born king of northern England who ruled sometime towards the end of the 4th century. Apparently, he lived his later years in… (drum roll)… Colchester! What’s more, there’s even a legend that suggests he ended up giving his name to the town. Coel… Colchester, get it? 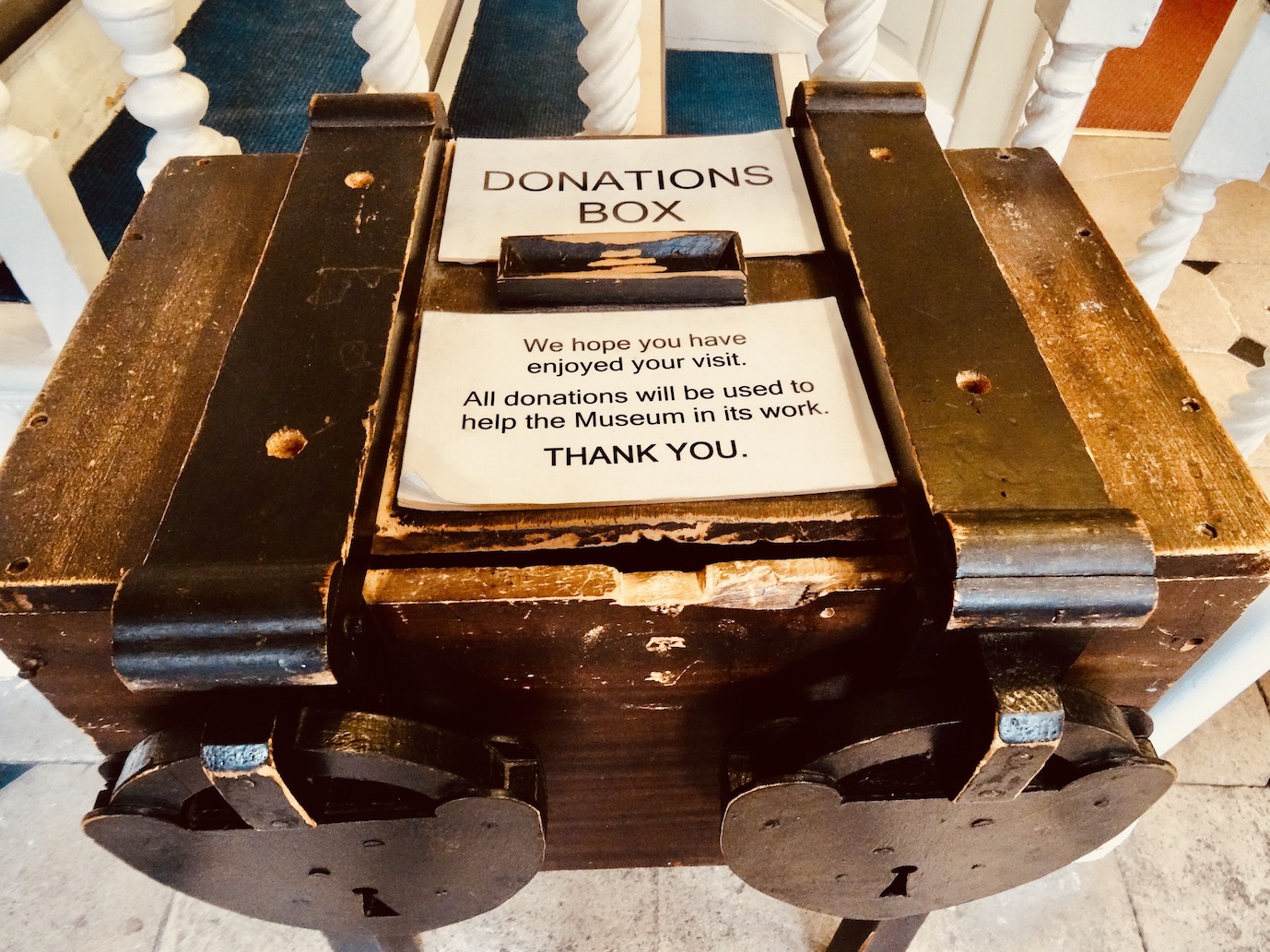 Hollytrees Museum is a fascinating insight into local life throughout the centuries. It’s also free to enter, so if you’re in and around Colchester Castle I’d say it’s well worth a look. The museum opens from 10:00-17:00, Monday to Saturday.