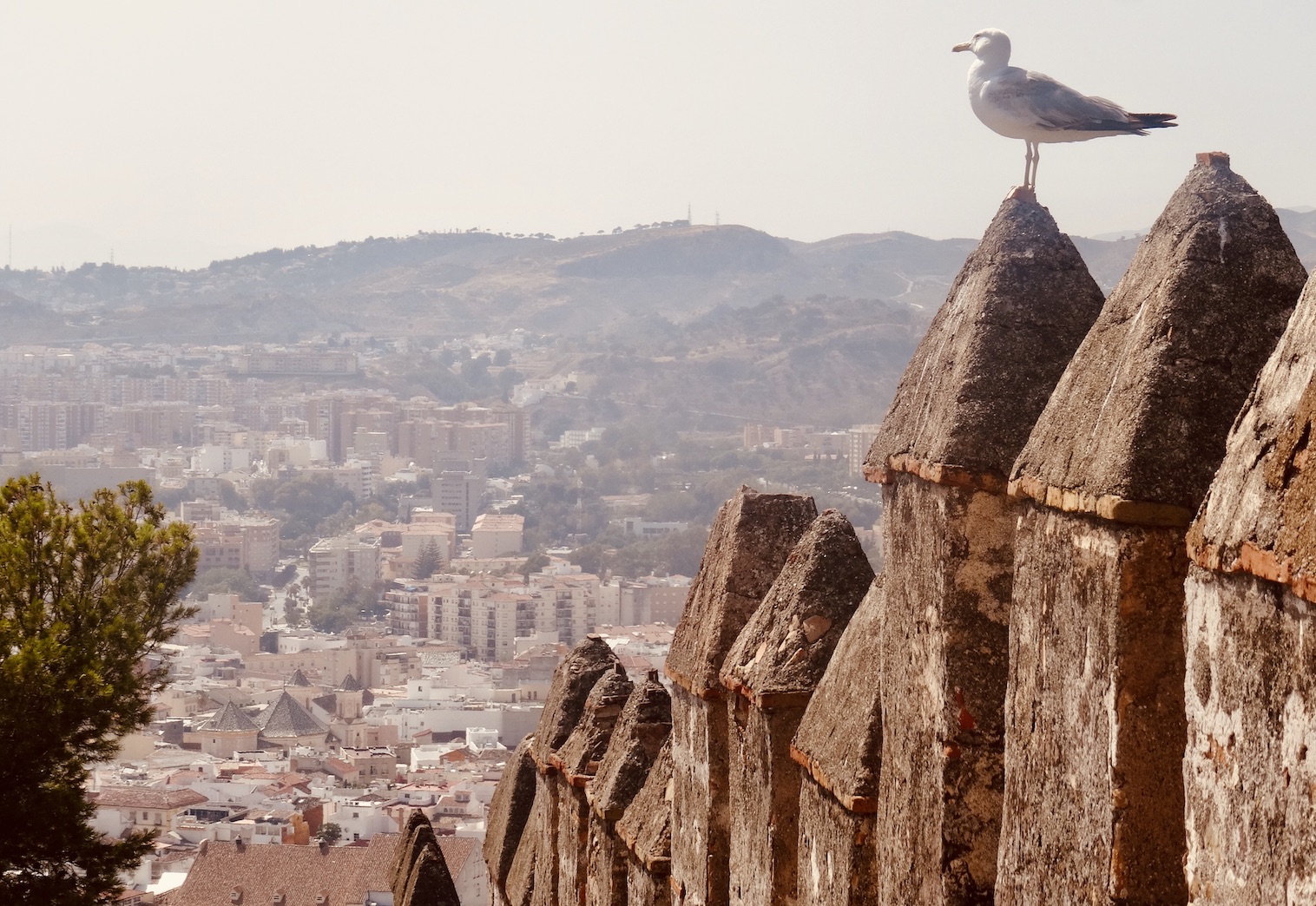 In the spring of 2016 I relocated to the Spanish city of Malaga. Renting an apartment in the city centre, I slipped into a mostly carefree life of writing, reading, movie watching and a daily jog to the beach and back. To make ends meet, I did a bit of teaching, but nothing that broke much of a sweat.

Outside this routine, I picked off Malaga’s sights one by one, at a leisurely pace. When friends and family came to visit, which they did often, I found myself happily revisiting several key spots. 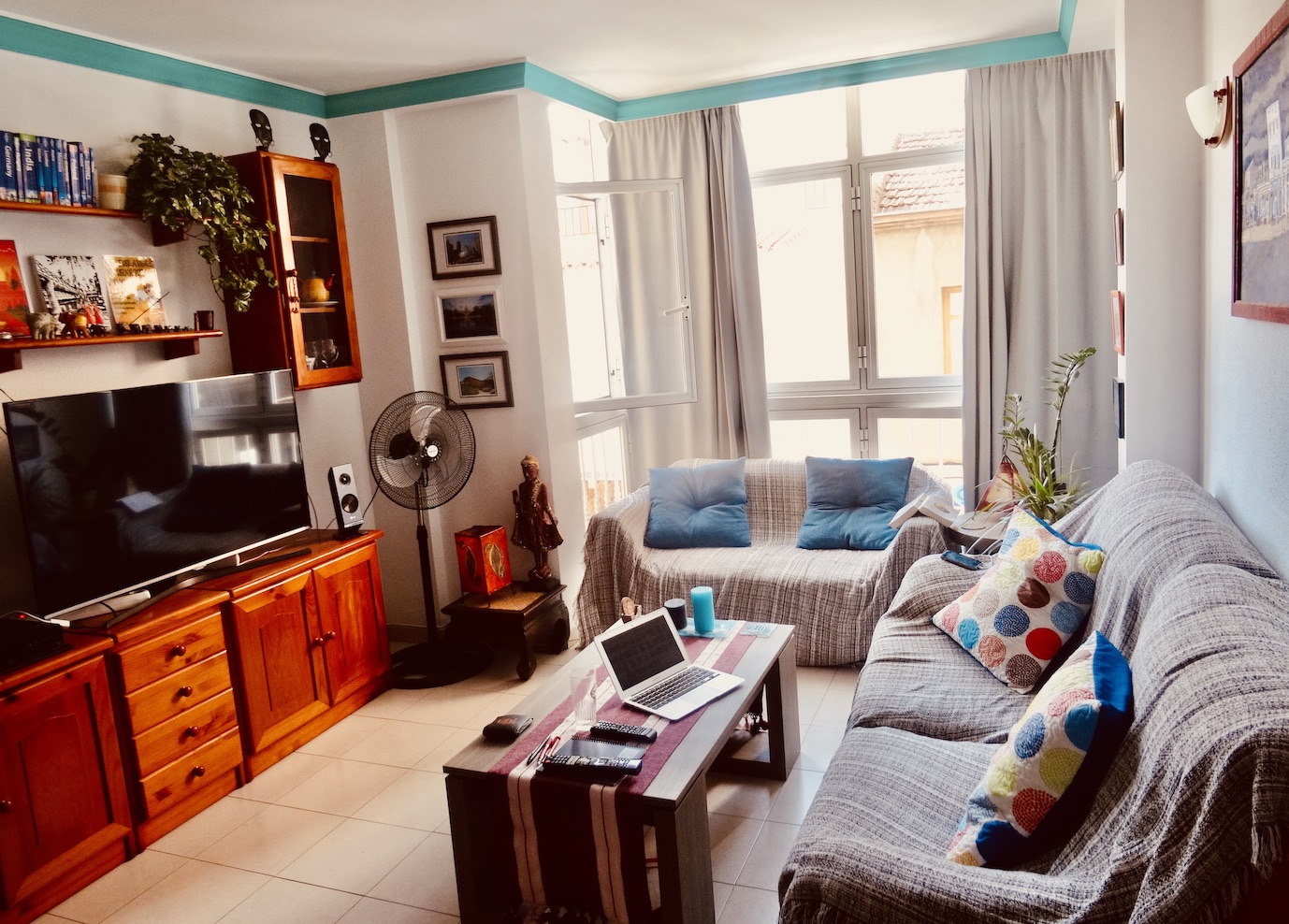 My favourite sight was The Alcazaba, Malaga’s grand fortress, which bleeds seamlessly into the lofty ruins of Gibralfaro Castle. Over the course of my twelve months in the city, I must have come here no less than half a dozen times. I never grew bored of it. 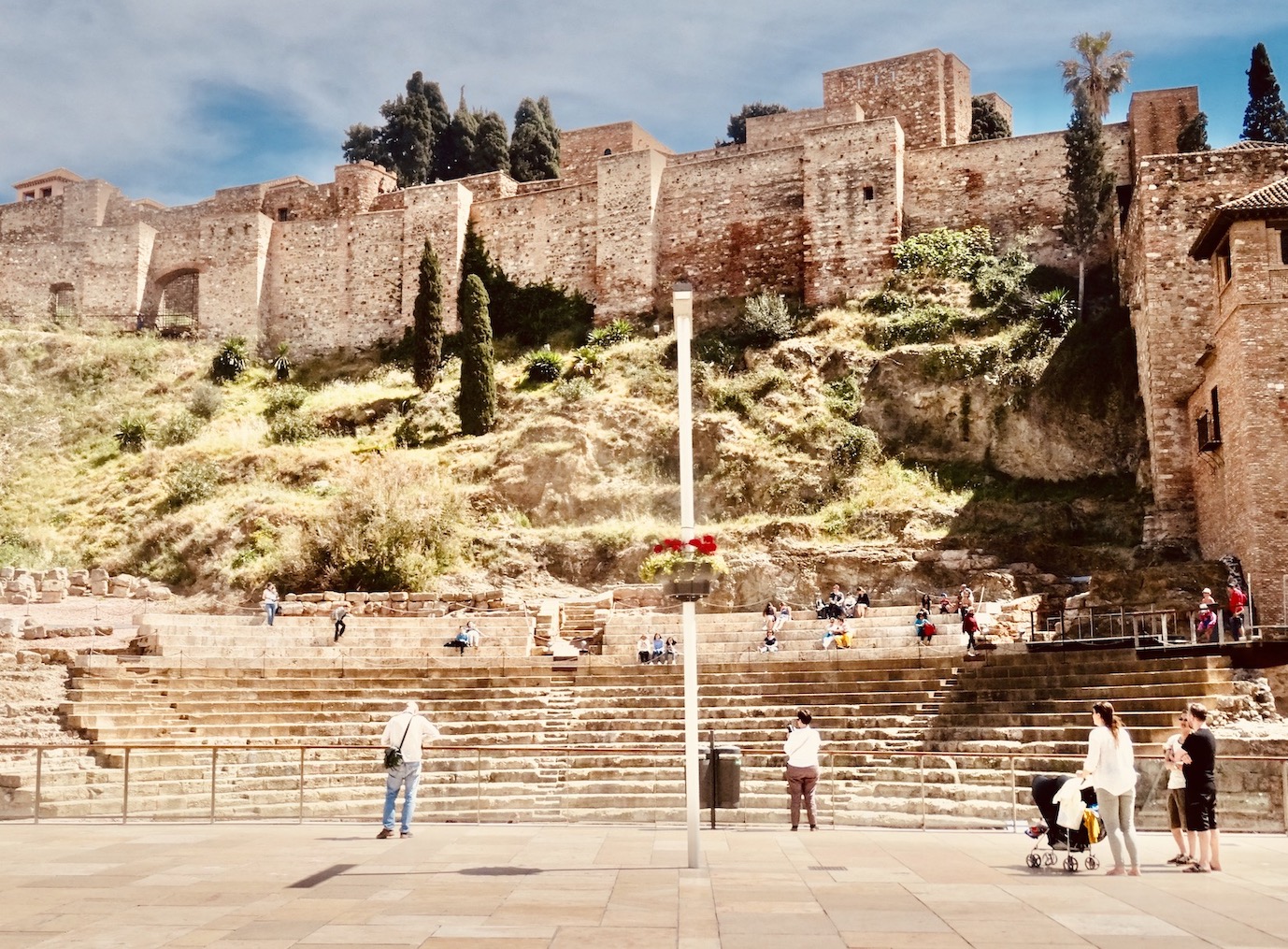 In fact, I can still recall the first time I caught sight of The Alcazaba from Calle Alcazabilla during my first week in Malaga.

The remains of an ancient Roman theatre sit snugly at the foot of the fortress by the main entrance. Discovered in 1951, historians say the theatre was built in the 1st century AD in the days of Augustus. 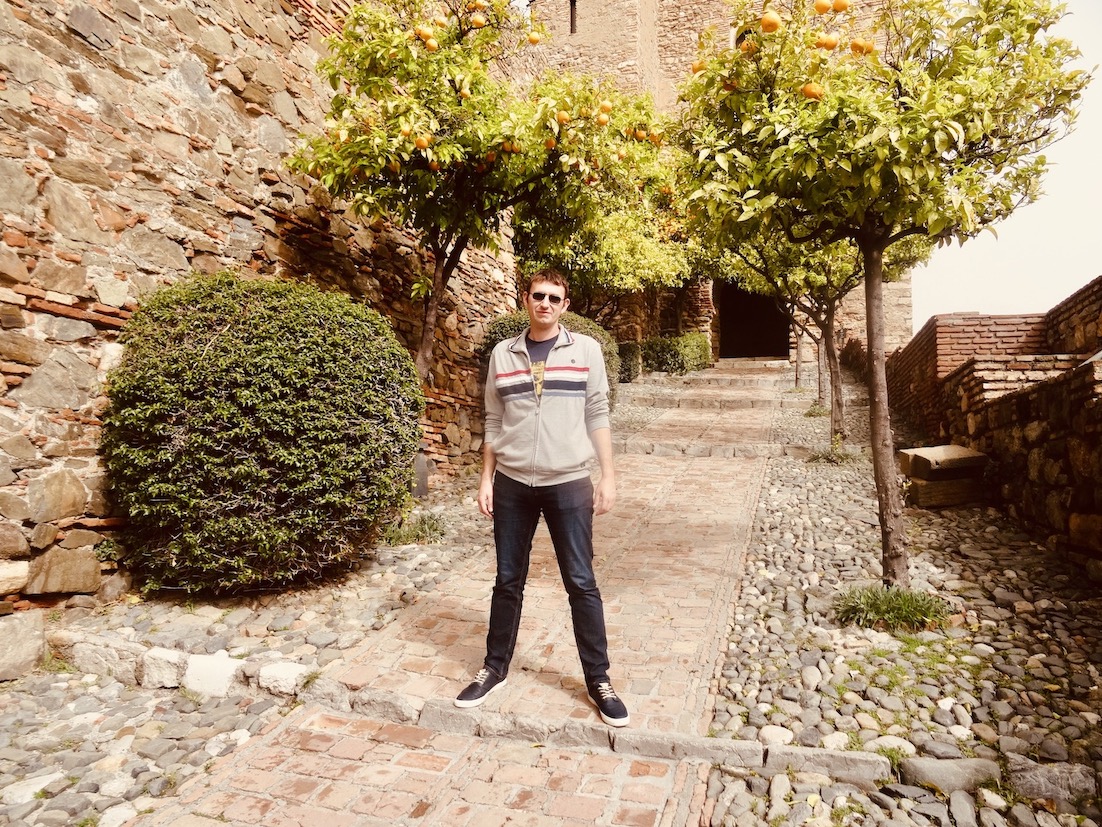 The Alcazaba stands at the foot of Gibralfaro Hill. The Berber King Badis ibn Habus ordered its construction, which took place between 1057-1063. Although firmly in the shadow of The Alhambra in Granada, this is actually the best preserved fortress in Spain.

I was spellbound from the moment I began my ascent through those first stone walkways, flanked by fragrant bushes and orange trees. 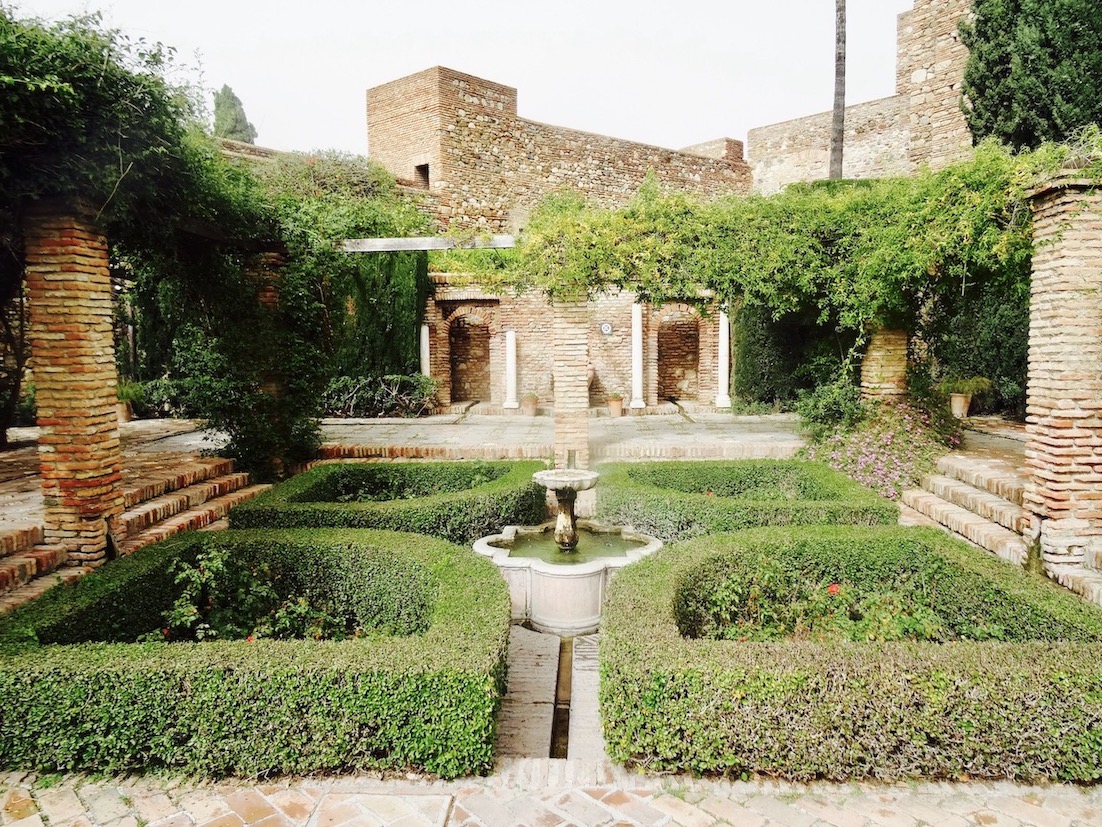 In 1279 Muhammed II Ben al-Ahmar conquered Malaga and soon set about transforming the fortifications into a Nasri Kingdom palace.

It really is a joy to wander through what survives, including several rectangular patios with reflecting pools, trimmed hedges, stone columns and Moorish fountains. 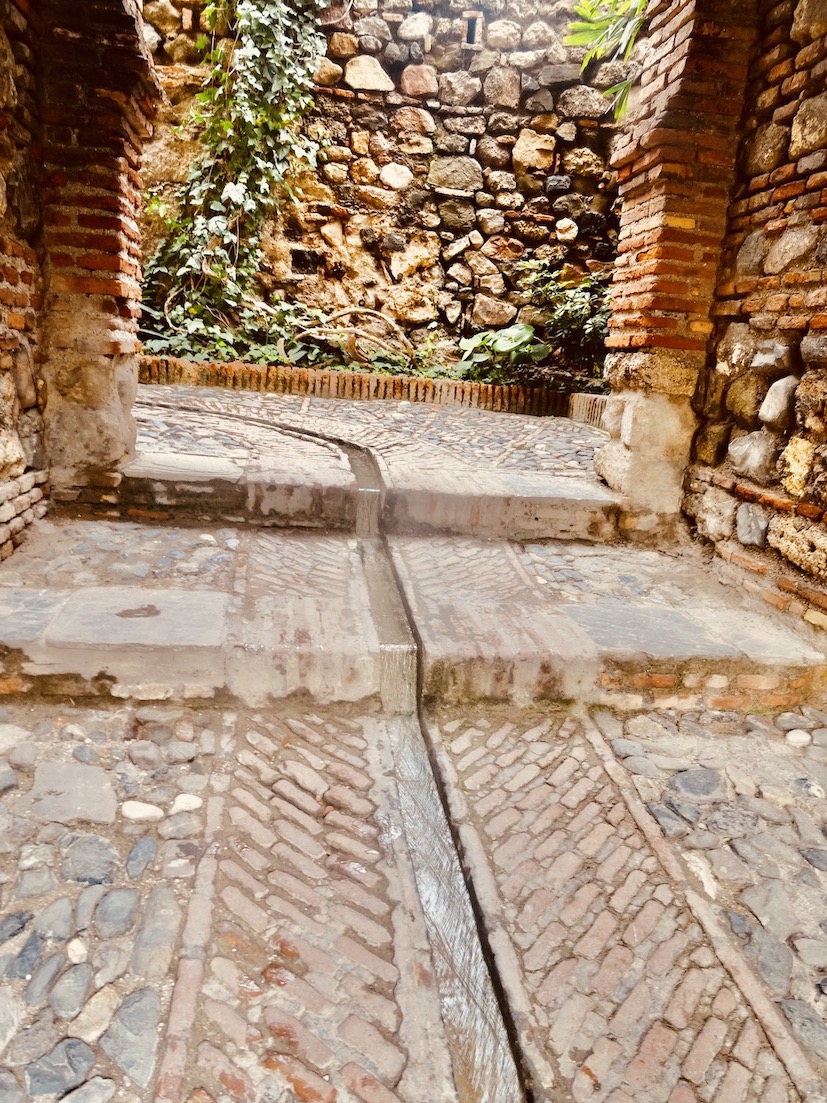 Perhaps most endearing of all is the narrow water channel that runs from the top of the mountain down to the gardens. You can follow its trickling sound for a while as you pass under the various horseshoe arches. 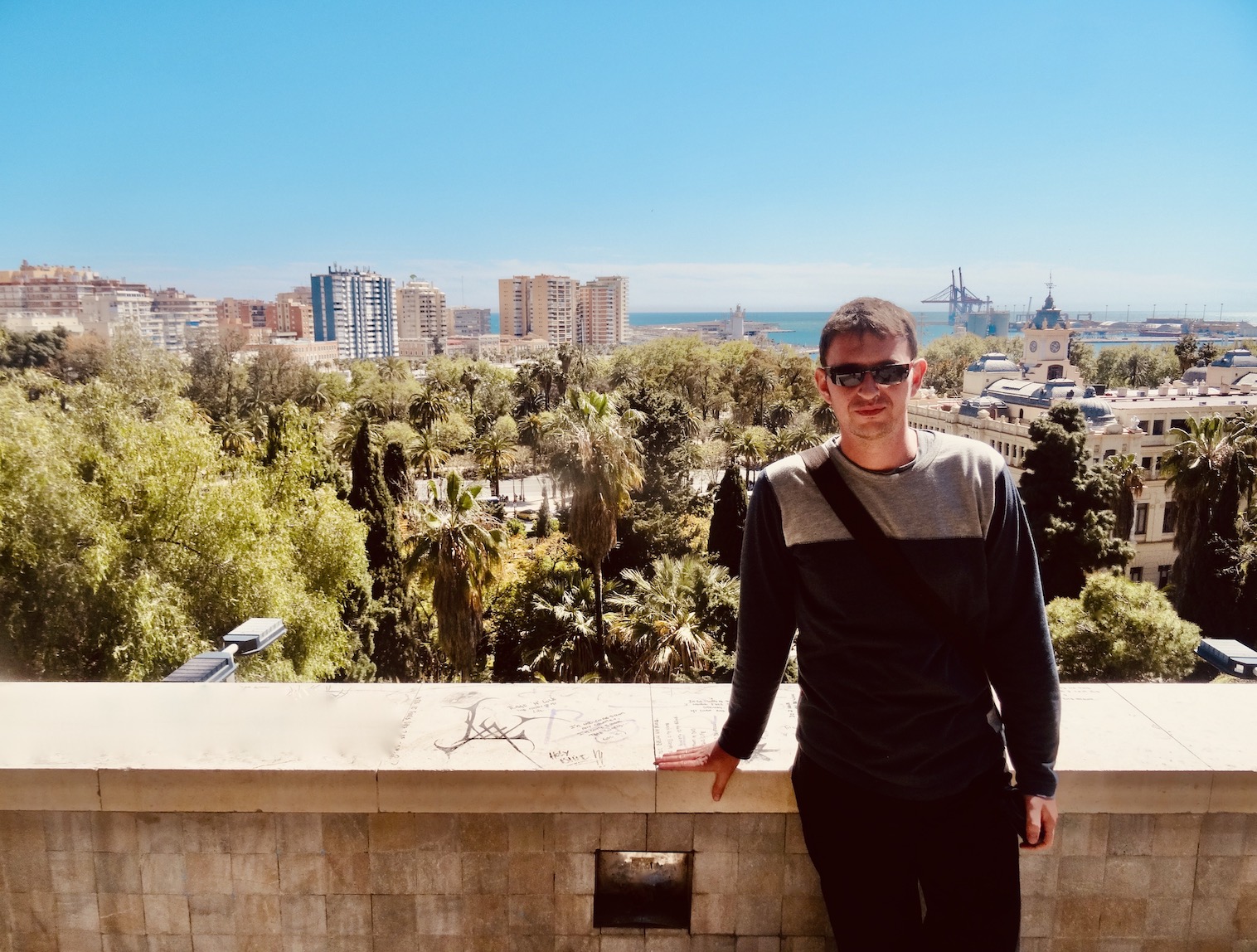 The first set of city views.

Even this early on in the hike, there are fine, ever-blossoming views of Malaga’s wondrous skyline. Like it or loathe it, people leave their mark on the stone ledges.

A quick look usually reveals dates of visits, declarations of love and hasty doodles. From what I understand, local authorities clean the ledges every few months. 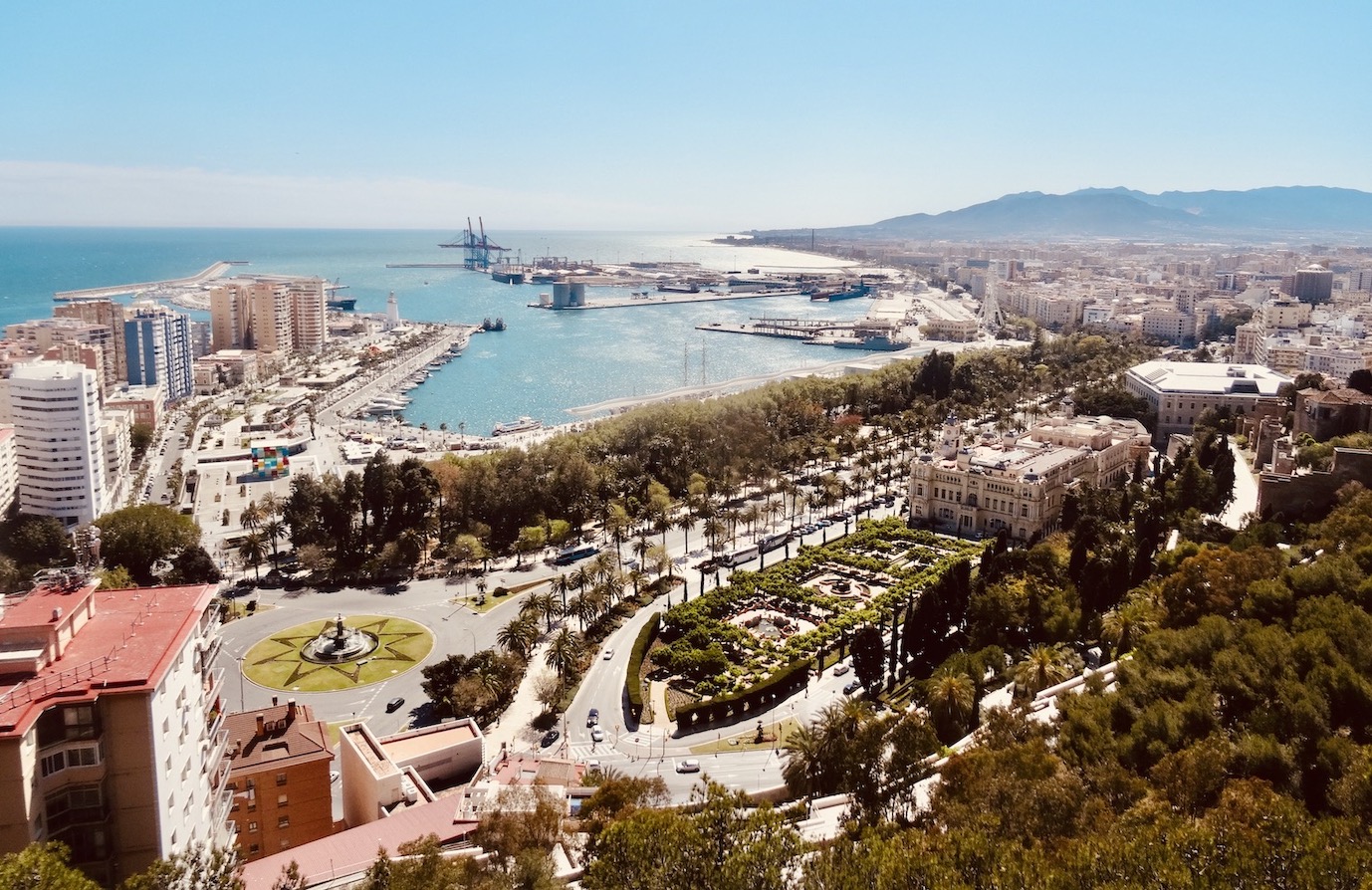 The port of Malaga from The Alcazaba.

Further up, the ramparts provide a clear view of the Port of Malaga, very often decorated by an anchored cruise ship. To the right of the above photo, you can also see the gorgeous Gardens of Pedro Luis Alonso, next to the handsome Ayuntamiento (City Hall). 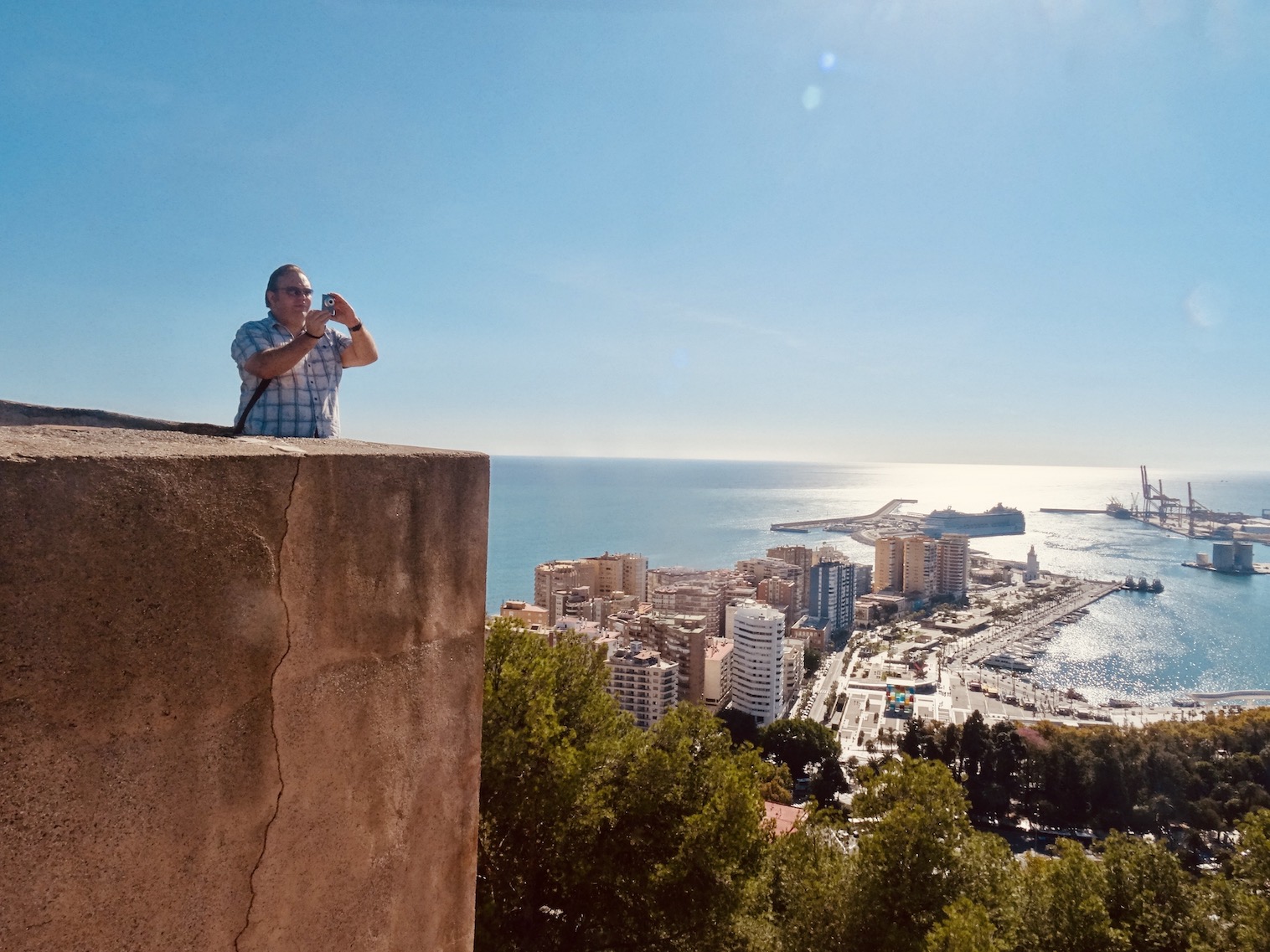 In order to enter Gibralfaro Castle, one has to follow the mountain path that snakes around the hill. The ruin that we see today was built by Yusuf I of Granada at the start of the 14th century.

He constructed it purely as a defence system for both The Alcazaba and indeed the city. Its name comes from a mix of Arabic (Jbel) and Greek (faro), which combine to form the Spanish word Gibralfaro. This translates into English as “rock of light”. 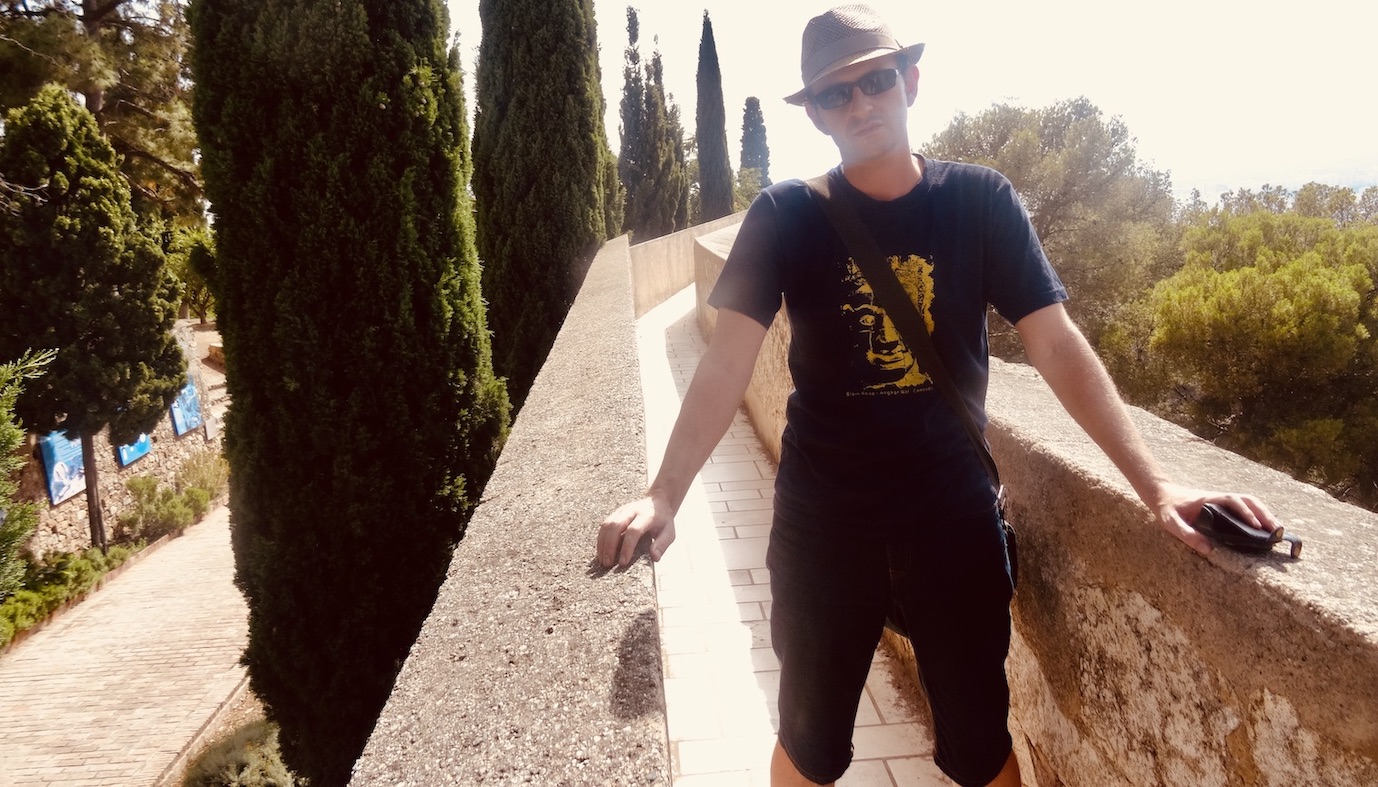 Blinded by the light.

It’s certainly a fitting name. Especially when I found myself quite literally blinded by spears of sunlight as I negotiated the castle’s restored, double walled pathway, La Coracha. 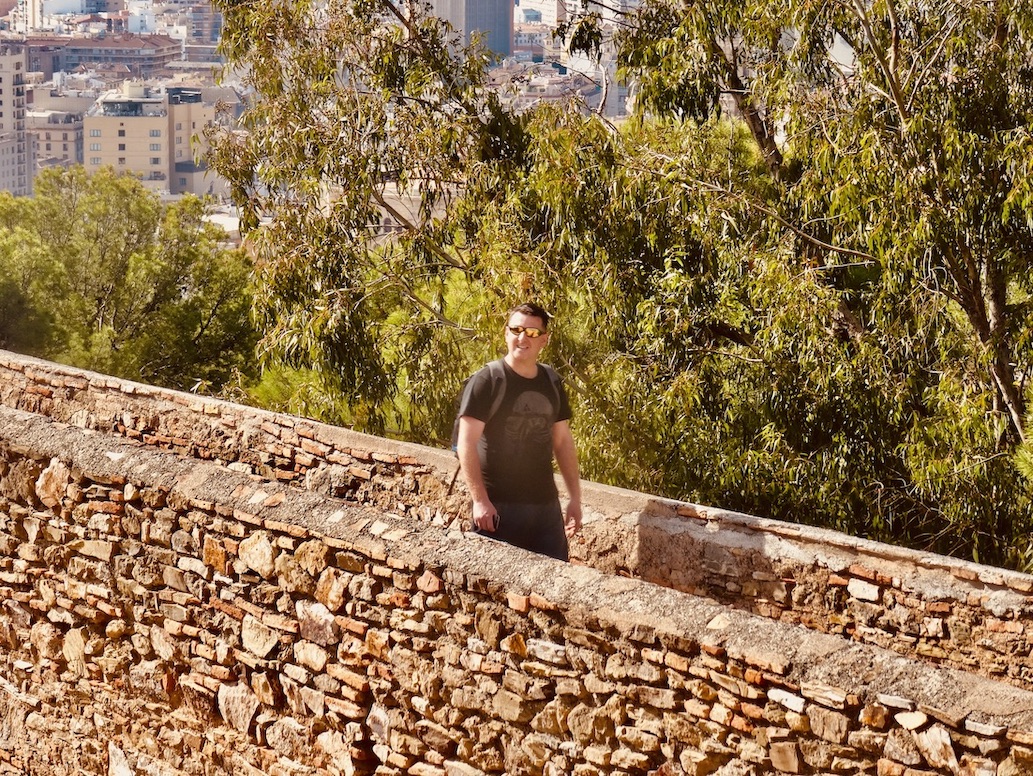 In 1487 the Catholic kings unleashed a relentless four month attack on the city, known as The Siege of Malaga. After claiming the fortress and castle, King Ferdinand of Aragon turned the old joint into his private residence. He went on to further strengthen both structures, building a connecting tunnel from which the royal family could flee in the event of an attack. 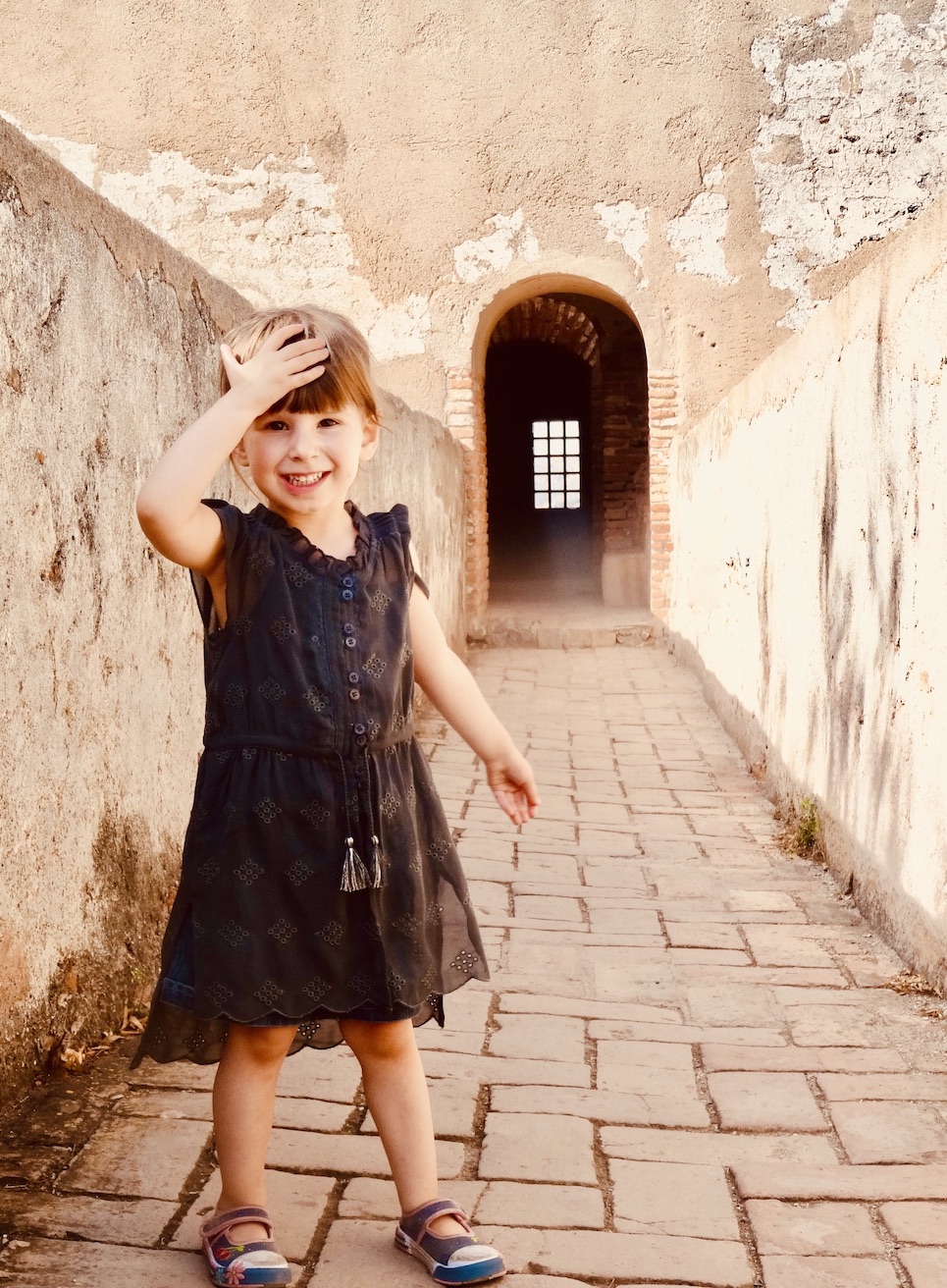 There are several such corridors you can explore yourself. On one particular visit my niece Alice went running down one, but sadly it proved to be a dead end. She didn’t seem too concerned. 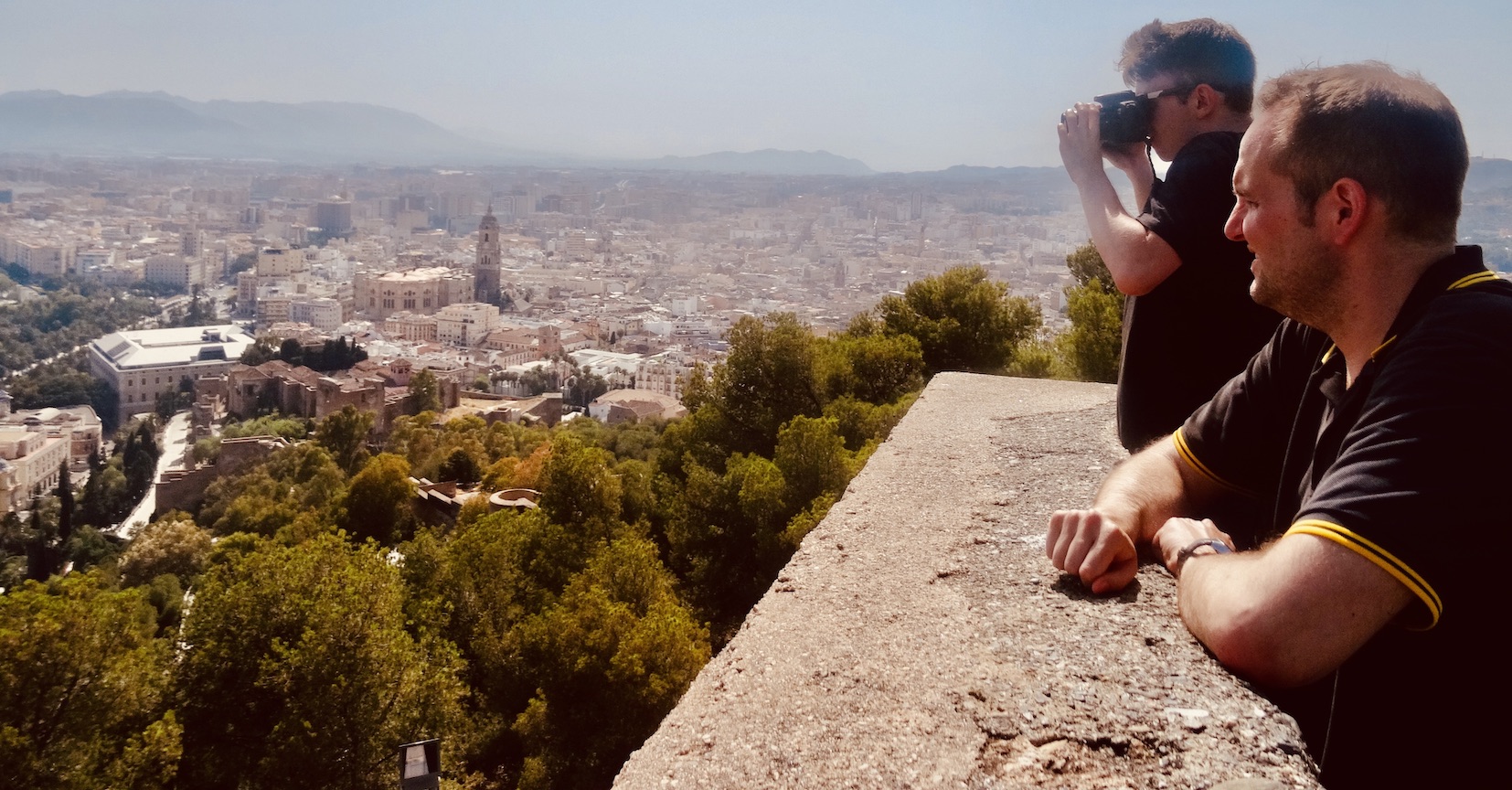 While it’s fun exploring the castle’s intersecting paths, the highlight is definitely drinking in the even better views. From up here you can see everything, from Malaga Cathedral and individual squares like Plaza de la Constitución, to the backdrop of distant mountains. 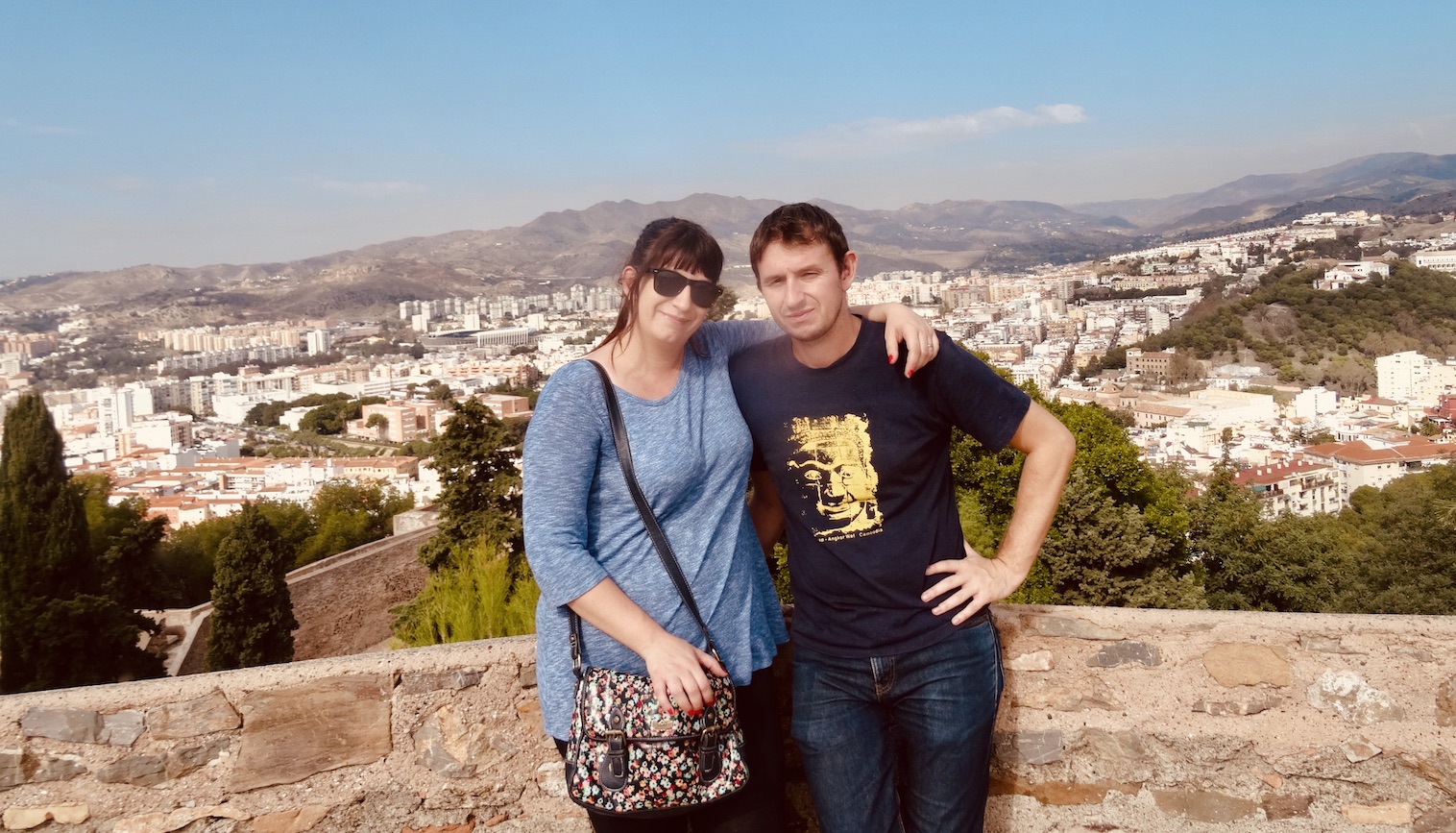 By the mid eighteenth century both Malaga’s Alcazaba and its adjoining castle had fallen into disrepair. For a while it served as a military base, which closed in 1925. Since then, millions have been poured into restoring both structures and beautifying the entire area.

Take the forest of eucalyptus and pine trees, for example, added to the upper walkways in 2005. Moreover, a small museum, crafted within the former gunpowder stores, provides an in-depth historical overview. 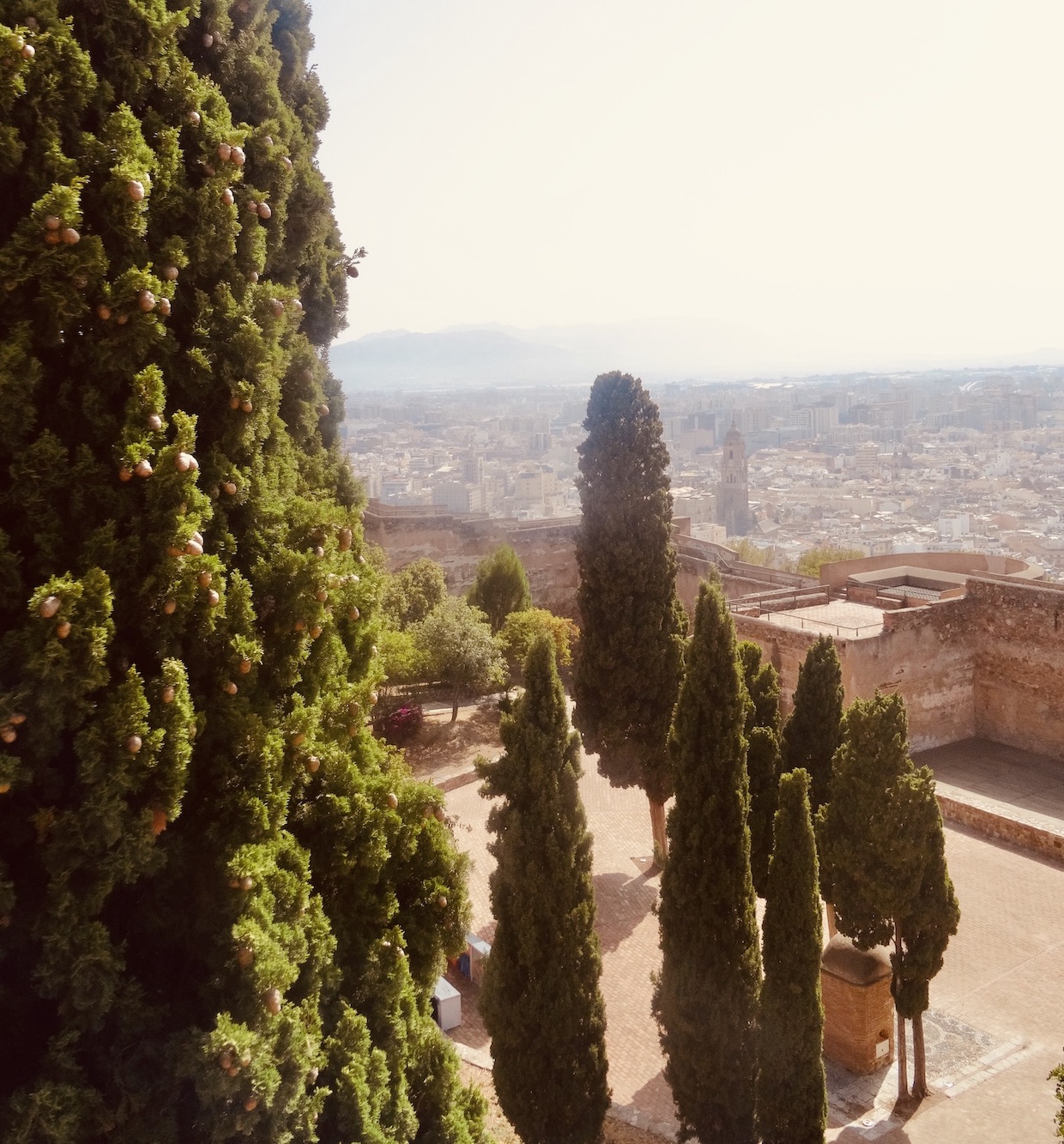 For more info on visiting The Alcazaba and Gibralfaro in Malaga, check out the official website. To take an alternative blogging view, look no further than this great article from Happiness and Things. 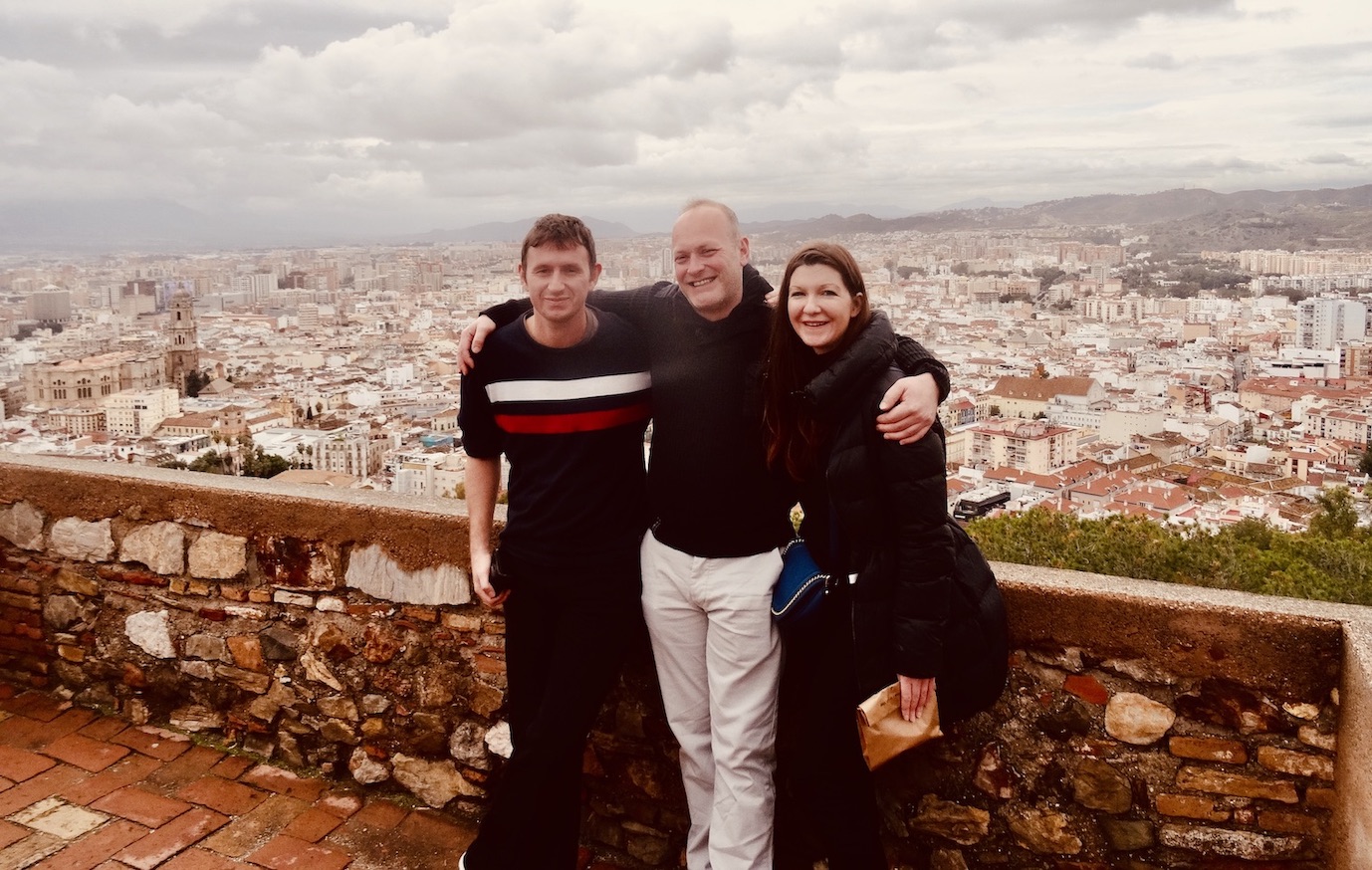